There’s a Kamchatkan saying that goes something like: ‘If snow falls in June, then spring will be long and drawn-out’. Well it’s not quite June yet, but Moscow weather right up until last week sure did seem to resemble Kamchatka’s extreme climate… 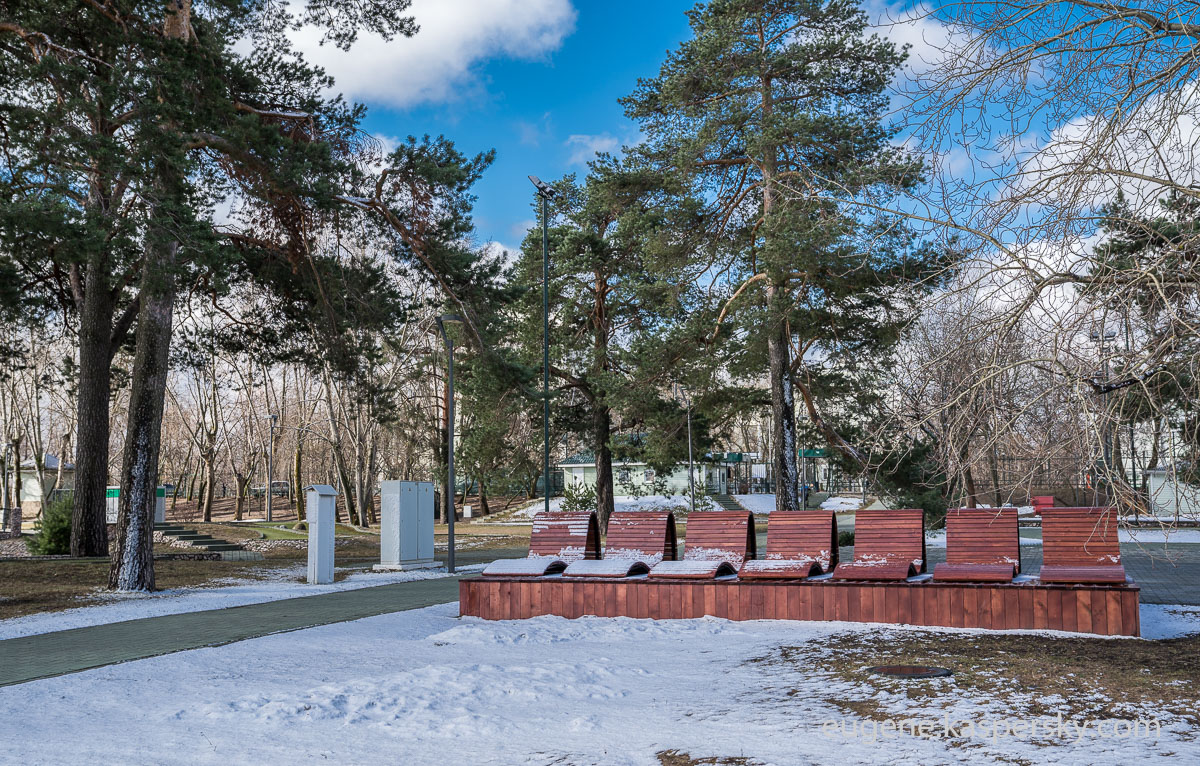 The ducks have already arrived at the reservoir next to the KL office. They’re circling up above it, peering down at the water (still!) completely covered over in ice, thinking ‘EH?!’!!

Worst of all is that I’d proudly announced that spring had finally arrived in Moscow – since I’d brought a case full of nice, hot and sunny weather back with me from Oceania and the Middle East. But that pride quickly turned to guilt and shame. But it wasn’t my fault – honest! My case went astray somewhere between Fiji and Abu Dhabi, so it was only the portion of good weather in my hand luggage that I was able to set free into the air once I arrived at SVO. Grrr. Lasted a matter of hours :).

While in the United Arab Emirates I attended and spoke at our APAC partner conference (APAC for us covers everywhere from India to China/Korea and south to Australia and New Zealand). As always it was interesting, informative and fun. After it, everyone went back home to work even more effectively and prosperously. 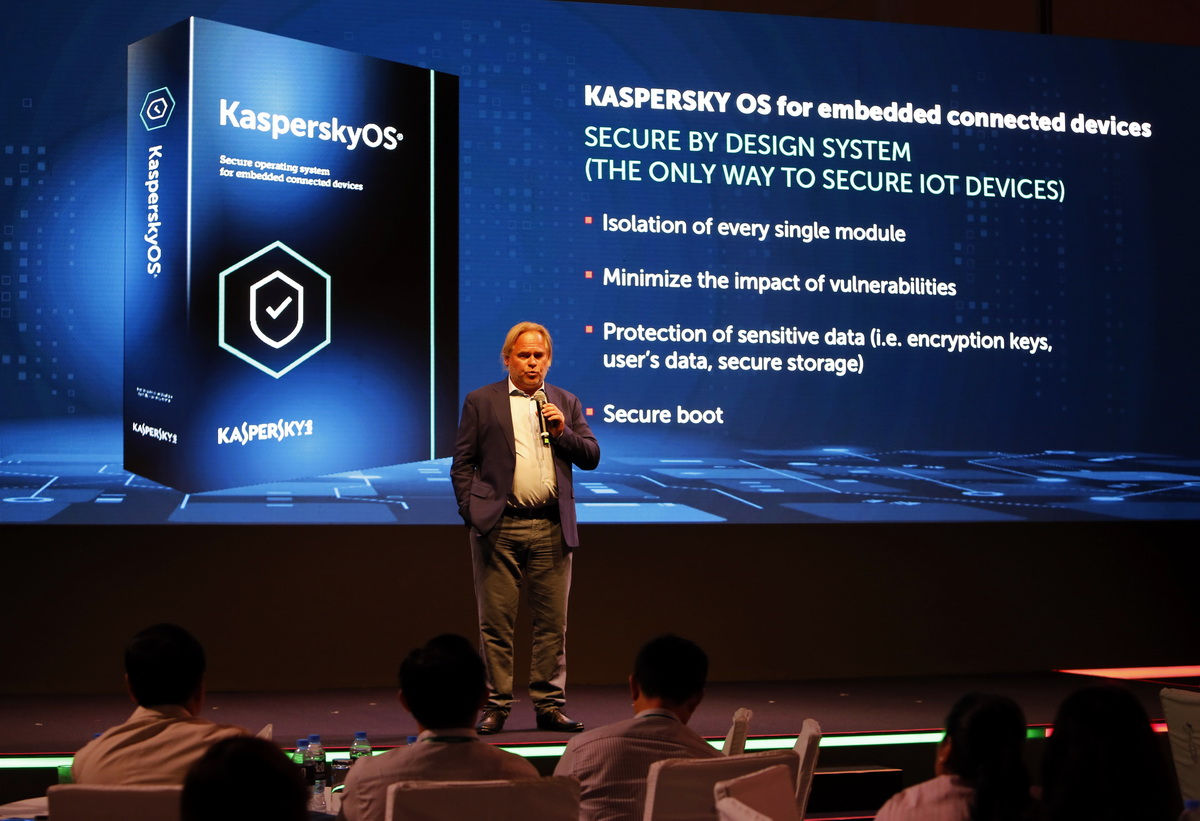 The conference took place in Yas Viceroy Abu Dhabi Hotel. This is a fantastically flash hotel as it is, but the bonus is that it’s built across the Formula 1 Yas Marina Circuit! A further bonus: the nice views all around:

The view from my room (track + stands):

The paddock, and behind it the roof of Ferrari World and the highest stretch of Formula Rossa. I’ve been on the roller coaster – once. But never again, thank you. Once is plenty :). 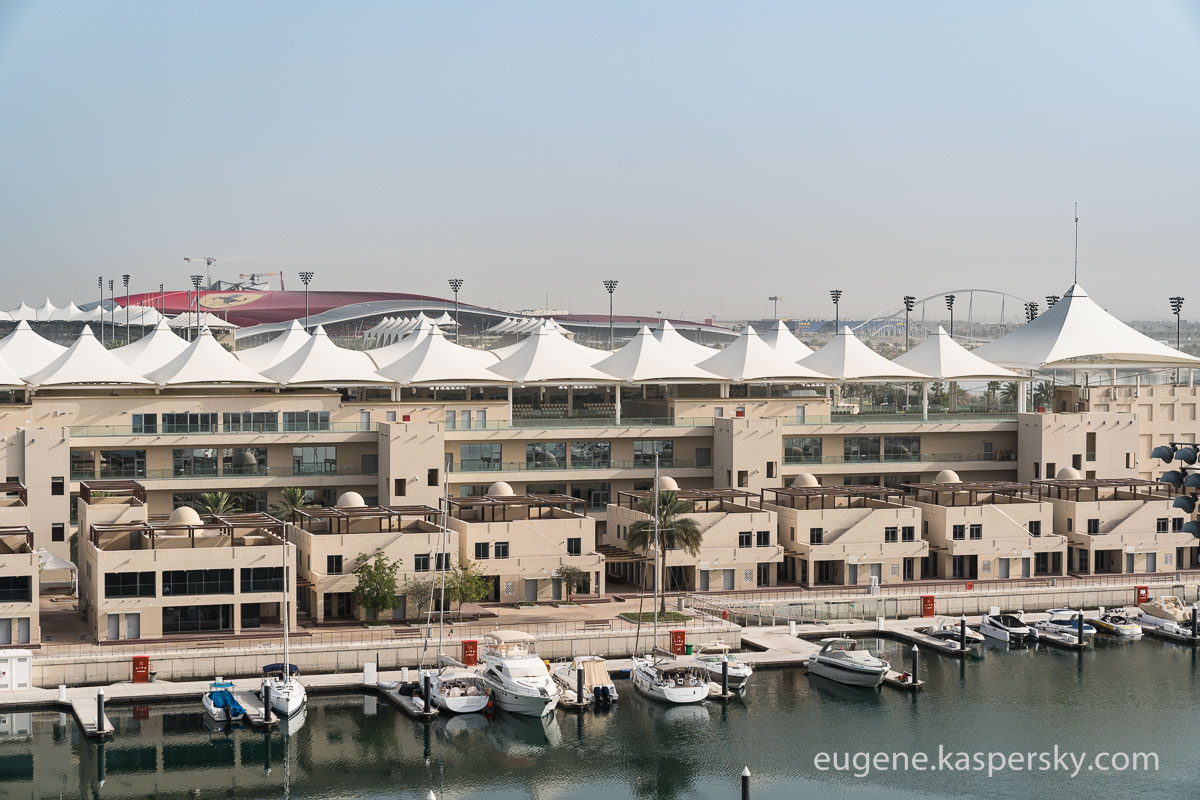 Check out my selfie! 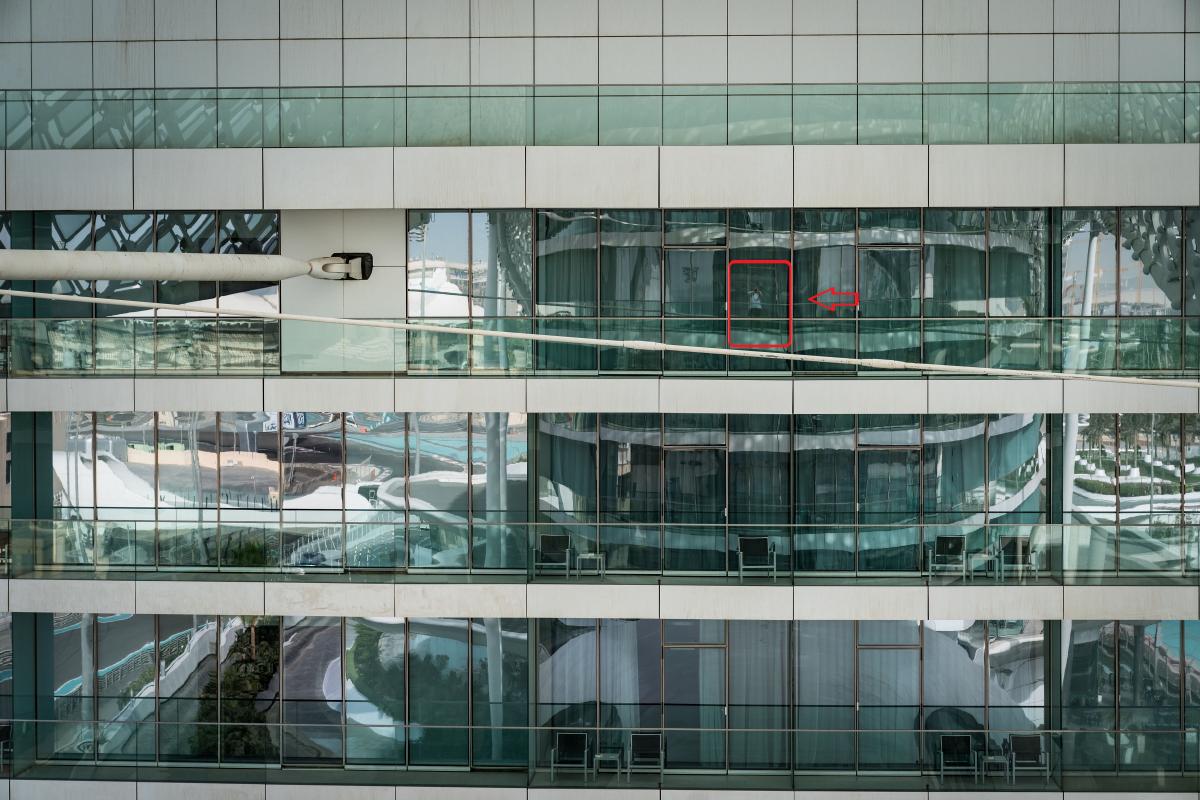 This sign – it looks so stylish and all, but… couldn’t they have made it not just sleek but a little clearer too. If you’re in a hurry – you could end up going in the wrong direction.

Planes would occasionally fly right overhead. A passing double-decker A380 was the most impressive of all ⇒

It was the long-haul to Sydney – the same route I’d flown in on the other way round from Australia. It banks very steadily. Smaller jet airliners (like the Boeing 786 Dreamliner) shoot straight up and are gone in a flash – no good for plane spotters on their hotel balconies. 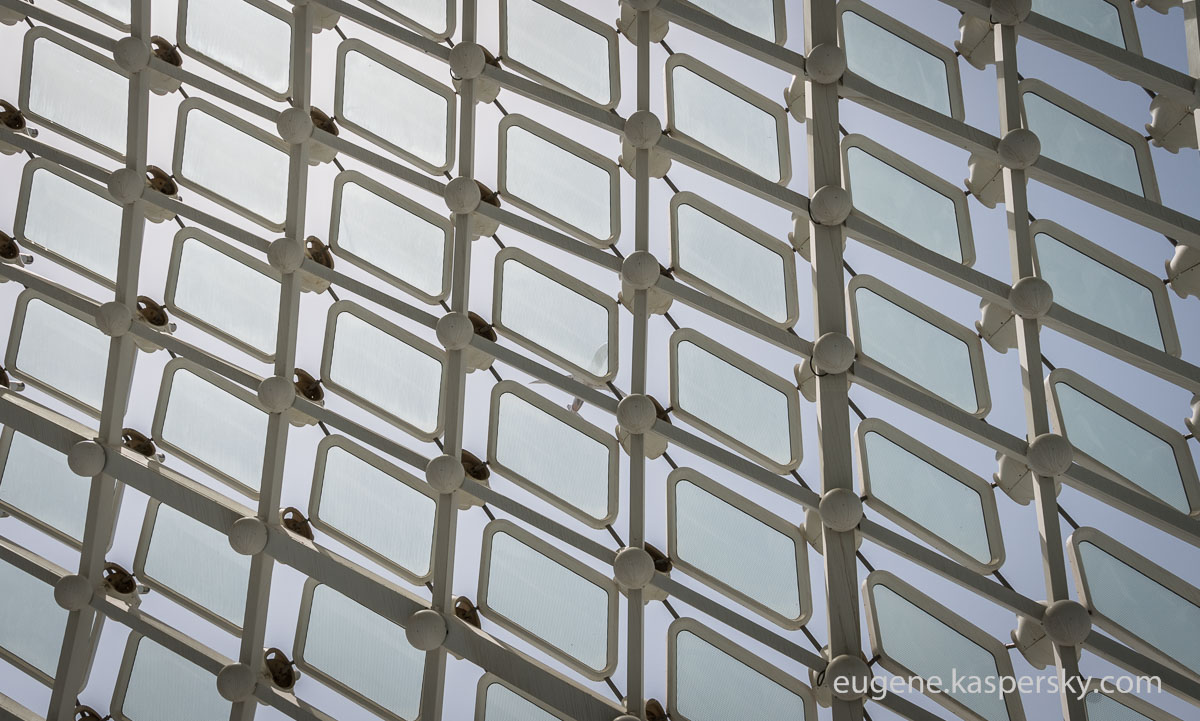 Now though, I’m back in Moscow ‘on a friendly non-official visit’. And there’s still snow on the ground in places (albeit the corners of courtyards where the sun never shines)! Does this mean spring’s finally here?…

The ducks, btw, have given up on the reservoir, and made our HQ patio home for now!