How time flies… It’s now nearly two weeks since I was in Abu Dhabi for a high-speed adrenalin injection, and only just now have I gotten round to putting fingers to keyboard. So apologies for the delay folks; sometimes I need a full reboot – a few days of catching up on sleep and spending quality time with my family. Everything else – for later. Now, here’s that later…

So, like I say, I was in Abu Dhabi, United Arab Emirates, for the Finali Mondiali. 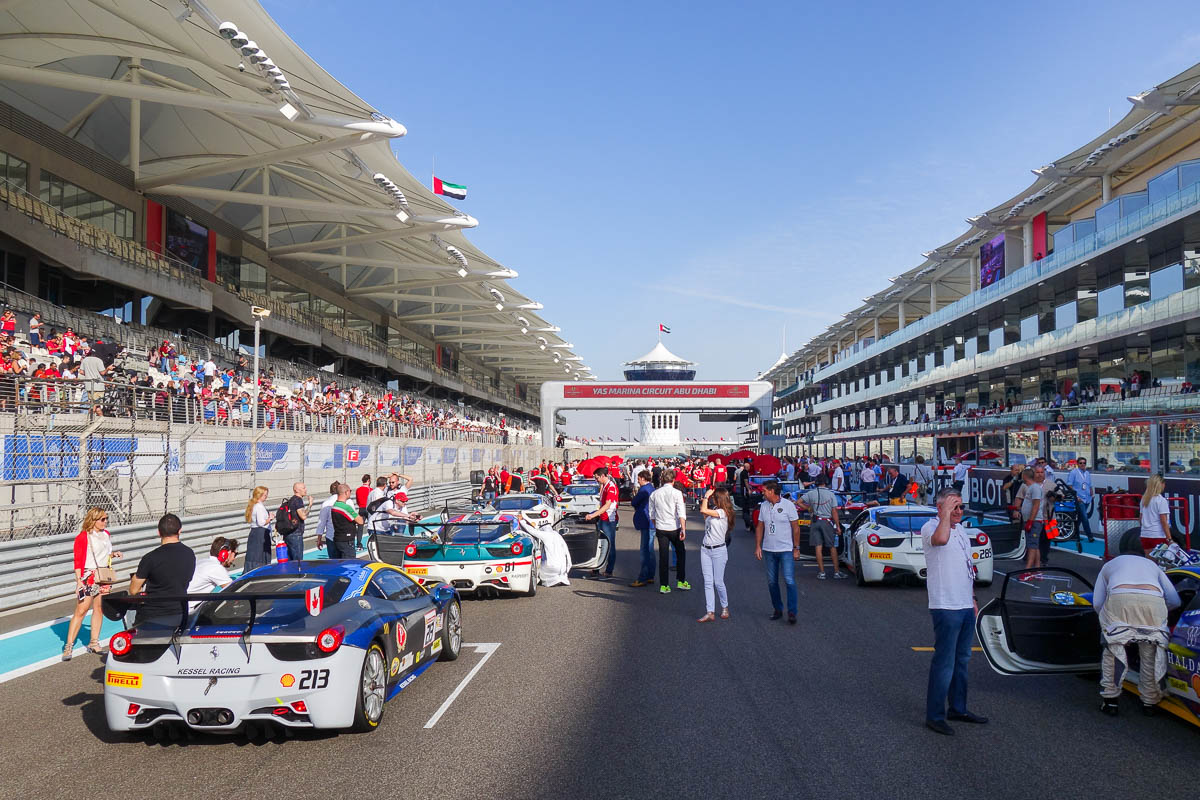 But why? Well, why, that is, apart from ‘it’s nice and sunny down in the Middle East’, like always?

Easy. Sometimes you need to meet face-to-face the folks you normally communicate with only by telephone or email. Mod-coms are all very good, but they’ll never by any match for personal interaction for catching up properly…

Question: Are you eating together or separately?

Homo sapiens – we were all designed to interact with one another. And the closer and more personal, the better. And that’s why I was in Abu Dhabi. Ok, that’s enough theory/work… Now: FUN!

There were tons of fun to be had in Abu Dhabi, so much so I’m struggling to work out which particular tons were the funniest. I think… yes – for me the best was the mega roller-coaster here (interestingly sometimes referred to as a Russian mountain – turns out roller-coasters first appeared in St. Petersburg – in the 18th century!!). What can I say? It’s mega! 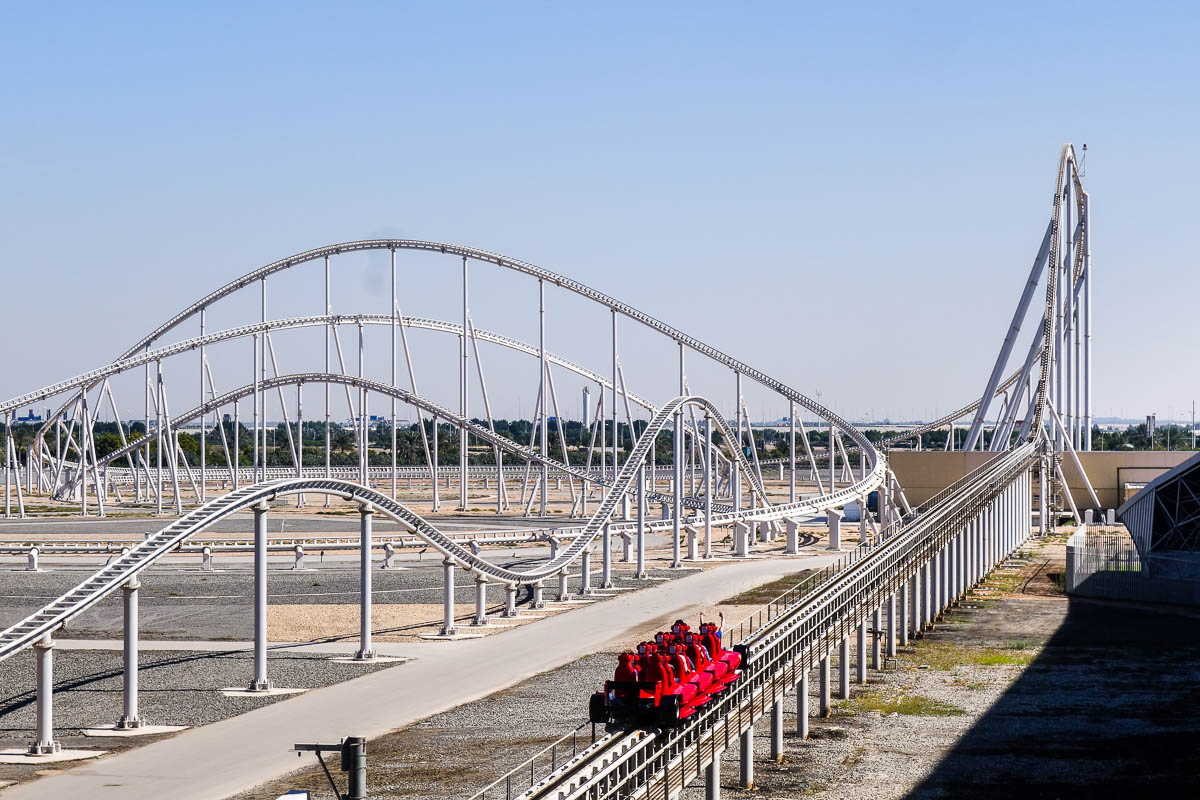 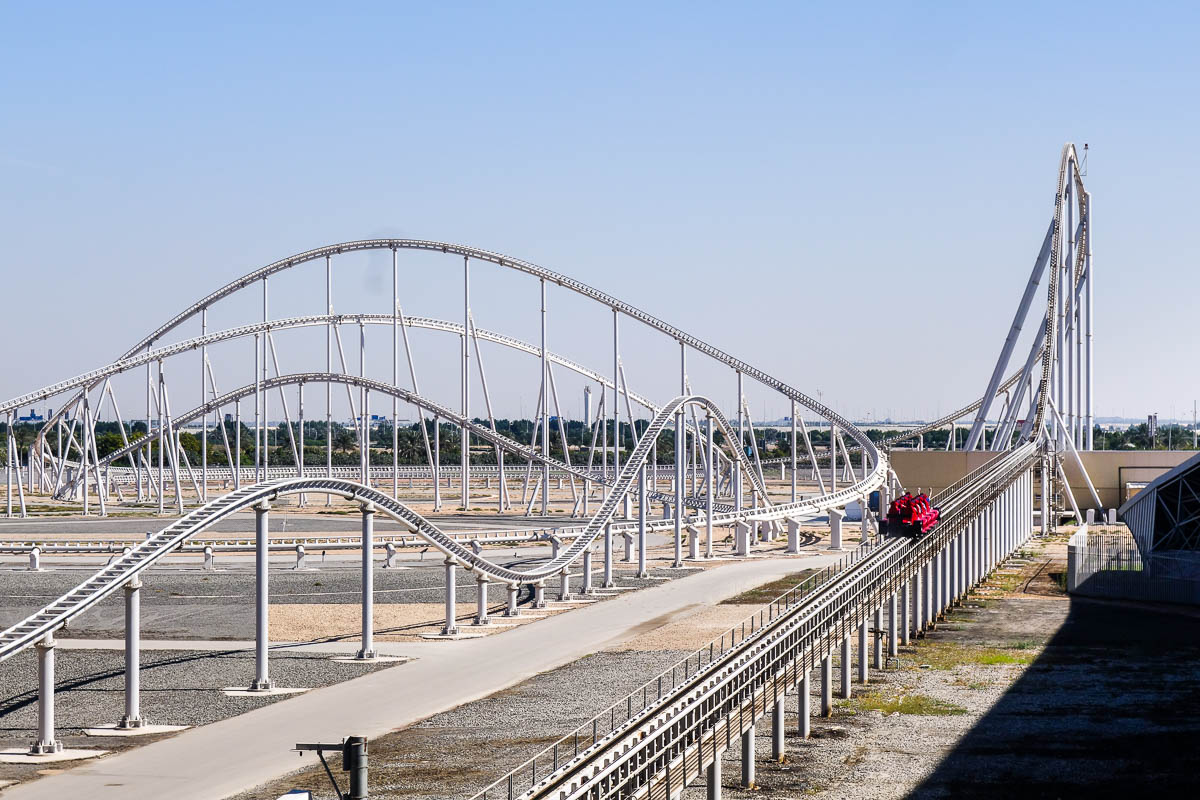 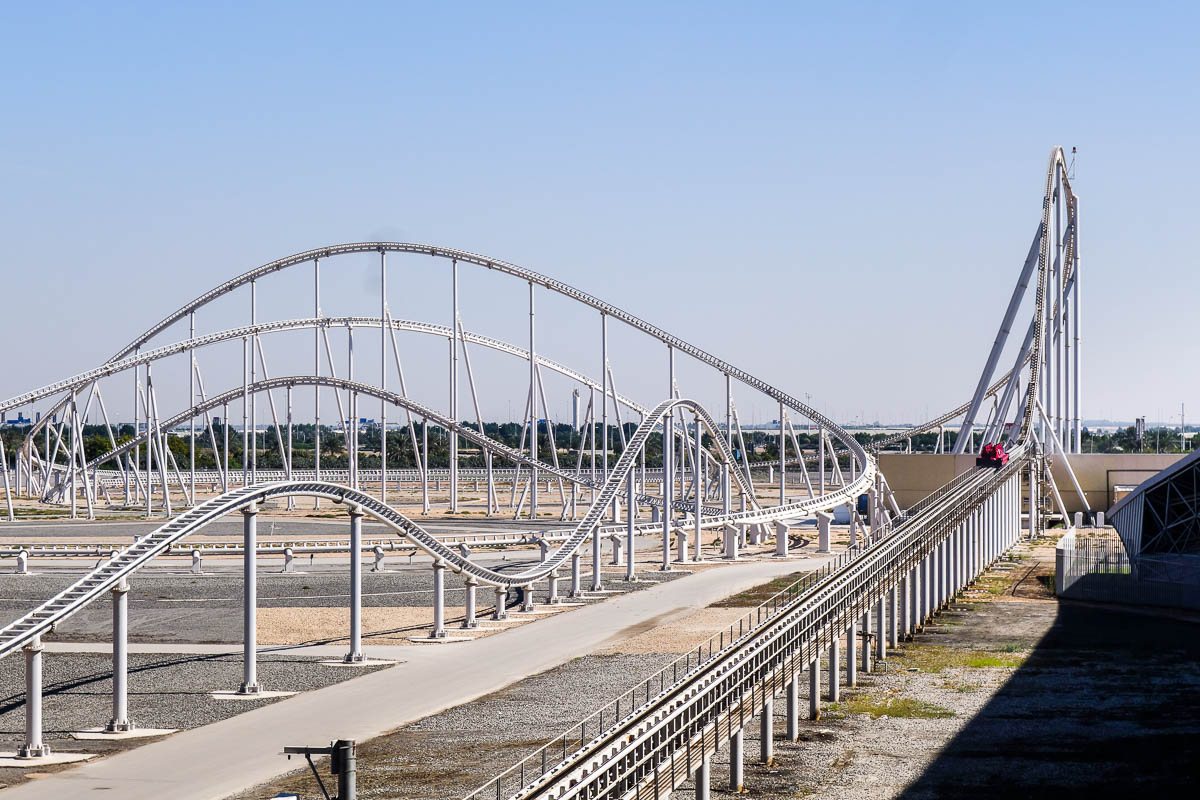 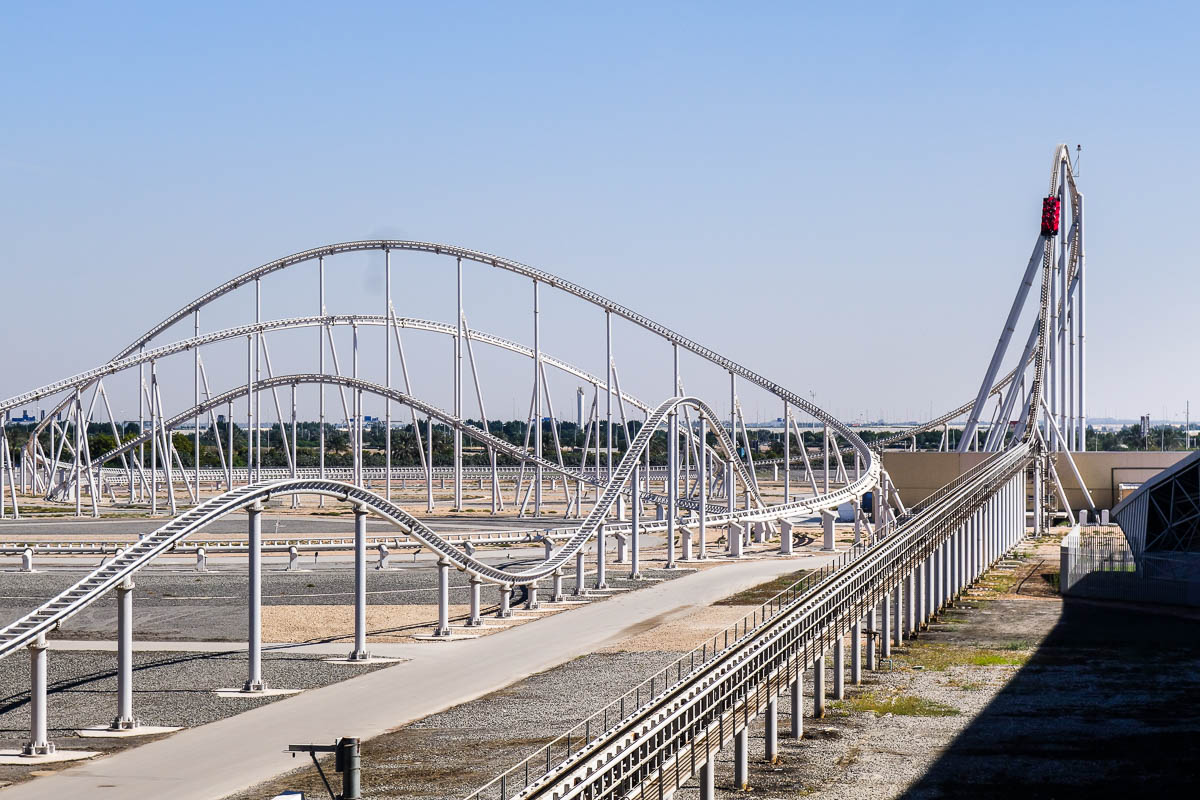 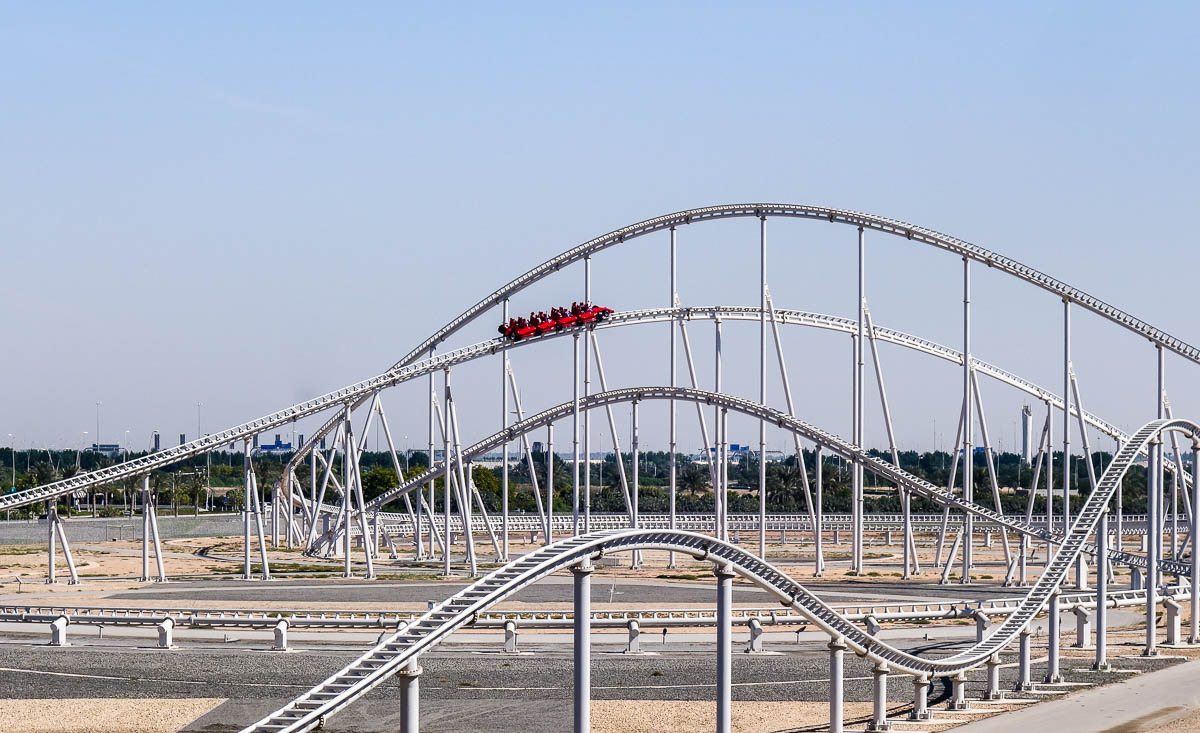 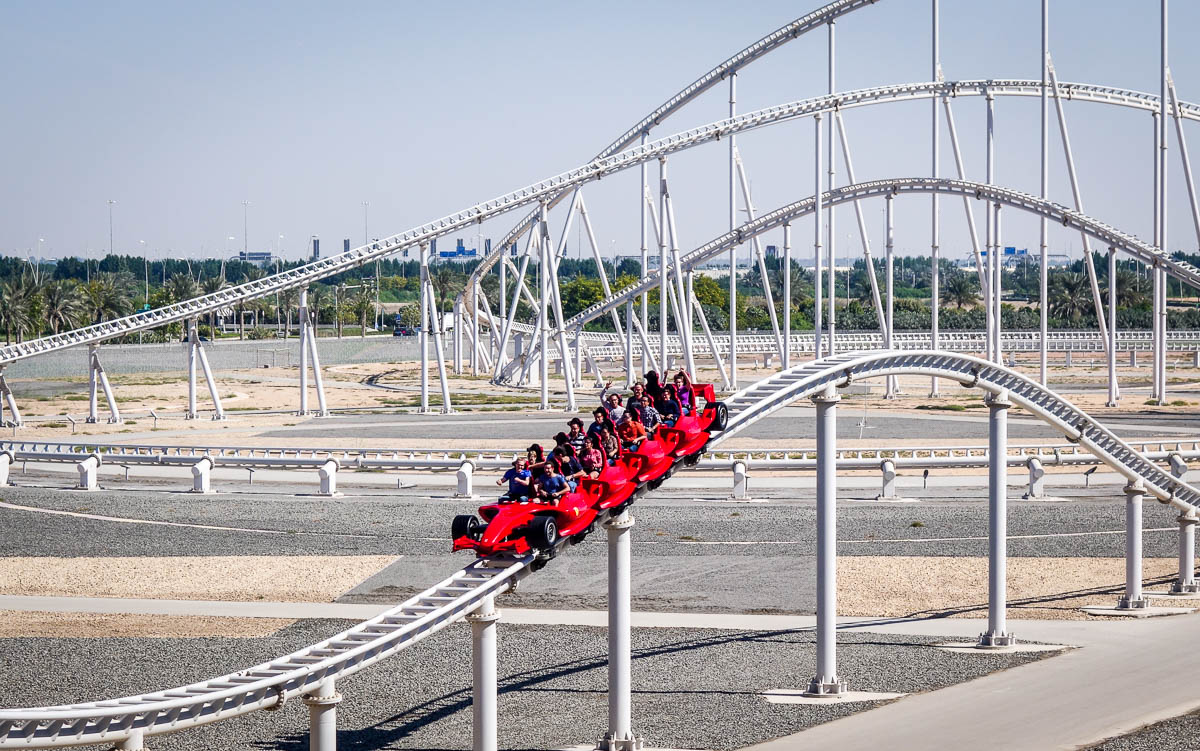 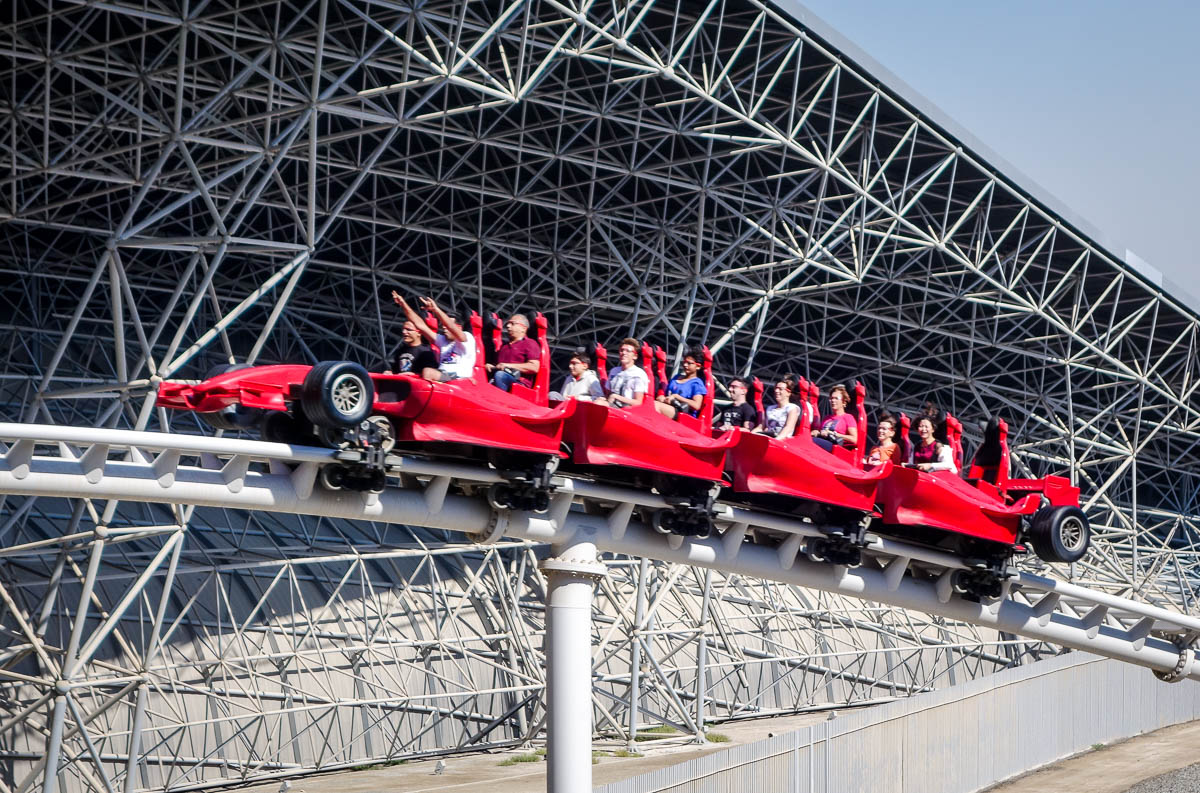 Yes folks, meet Formula Rossa. This is the roller-coaster that blew the minds (and flapped the cheeks) of Alonso and Massa – hardly strangers to extreme acceleration. It is, indeed, OMG-mental :).

Remember Roger Moore as James Bond in Moonraker when he was in that rocket centrifuge thingie and a baddy got hold of the controls and ramped up the speed to silly G-force? Well, Formula Rossa’s just like that at the start due to silly acceleration!

I really recommend being… as empty as poss in as many ways as poss, if you get my meaning. Don’t want any accidents mid-flight.

Have a look on the net for some Formula Rossa videos. There are plenty out there and they’re all fun to watch.

Formula Rossa is part of the HUGE Ferrari World amusement park, which is a mega-hit with kids: there’s mini-carting, mini-F-1, mini-everything… I wish I was still mini – I wanted to get behind the wheel of one of these mini-racing cars! The mini-people get to have all the fun. 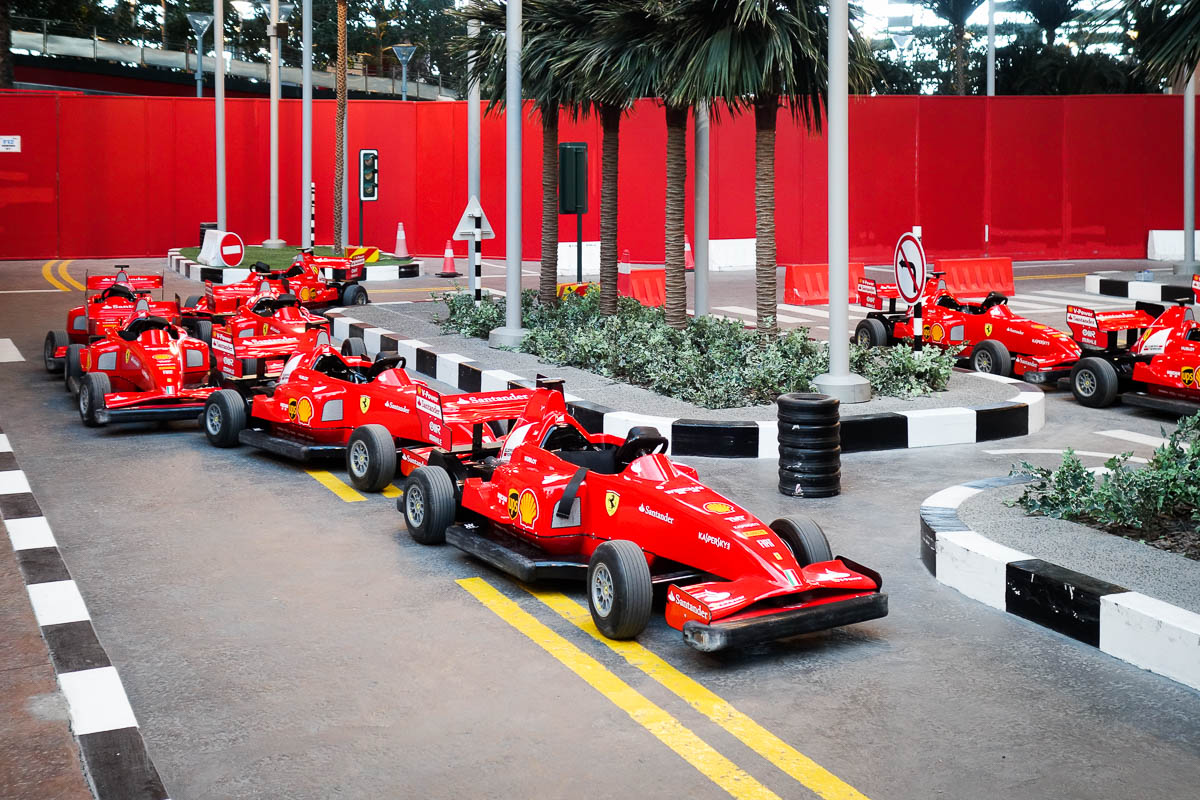 But there are mini-rides for the non-minis too, it turned out: 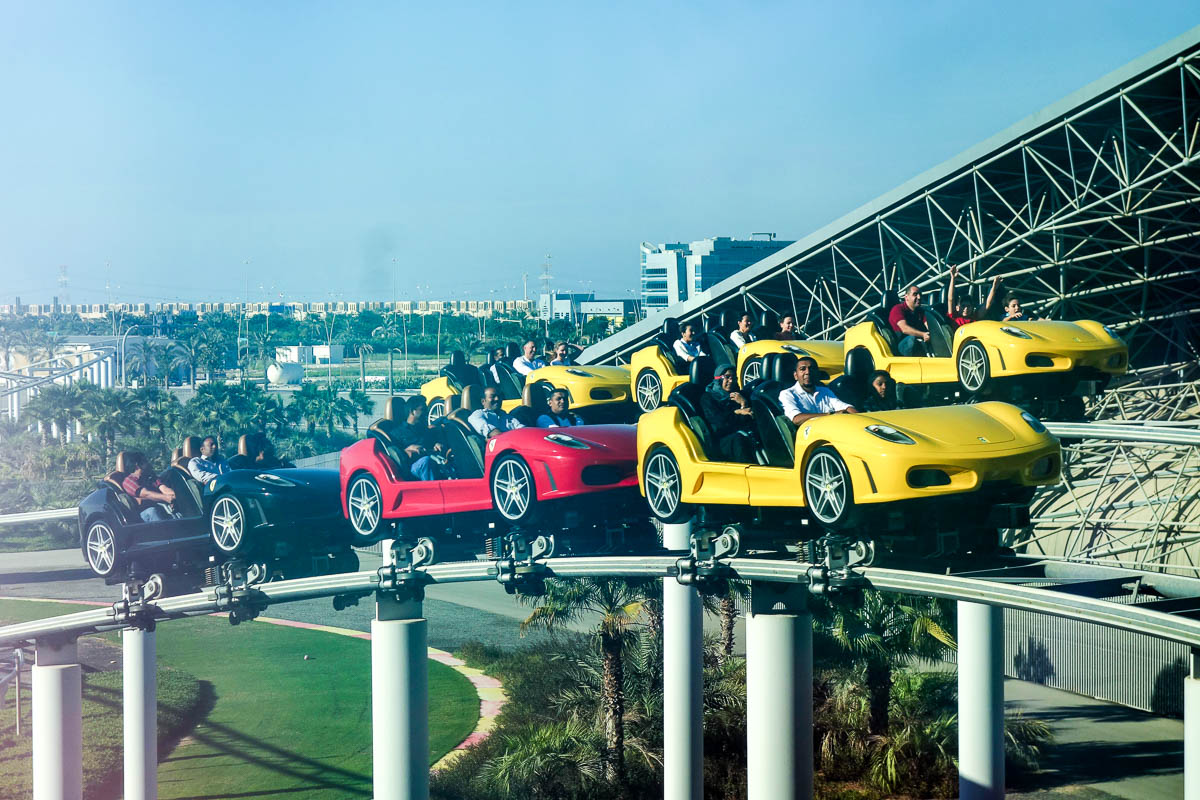 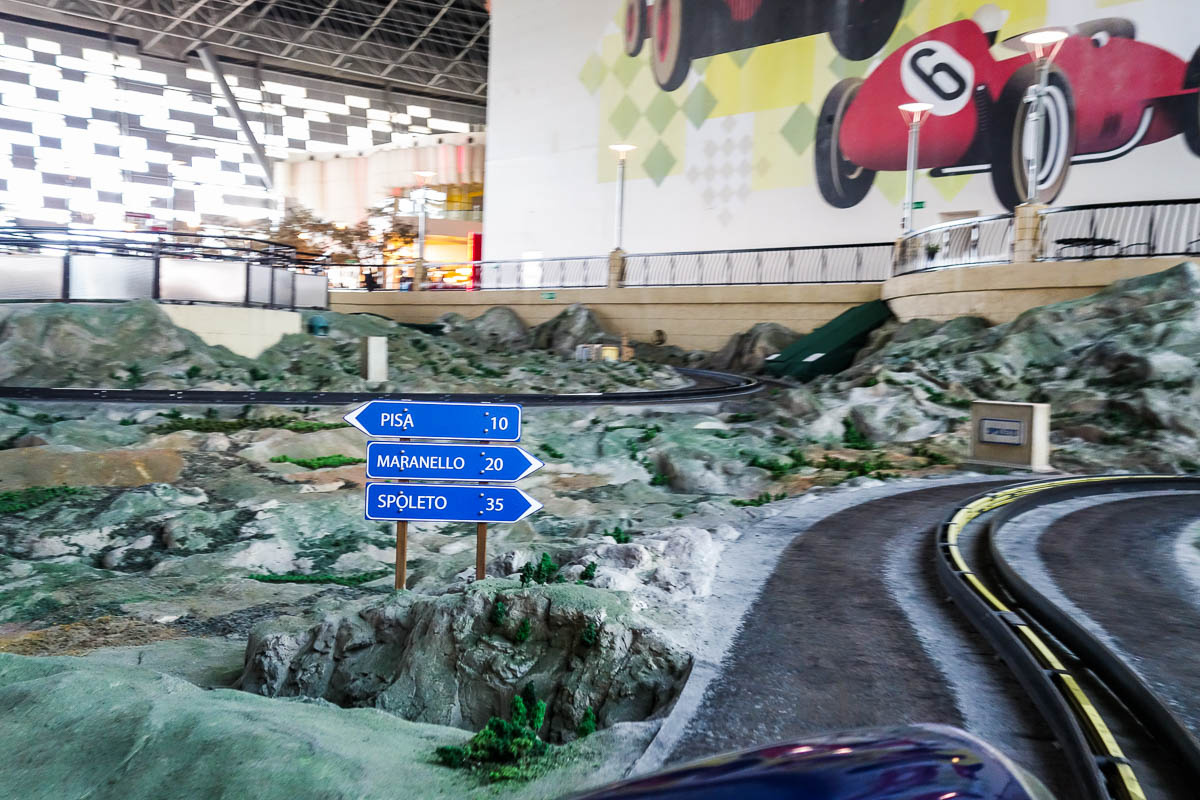 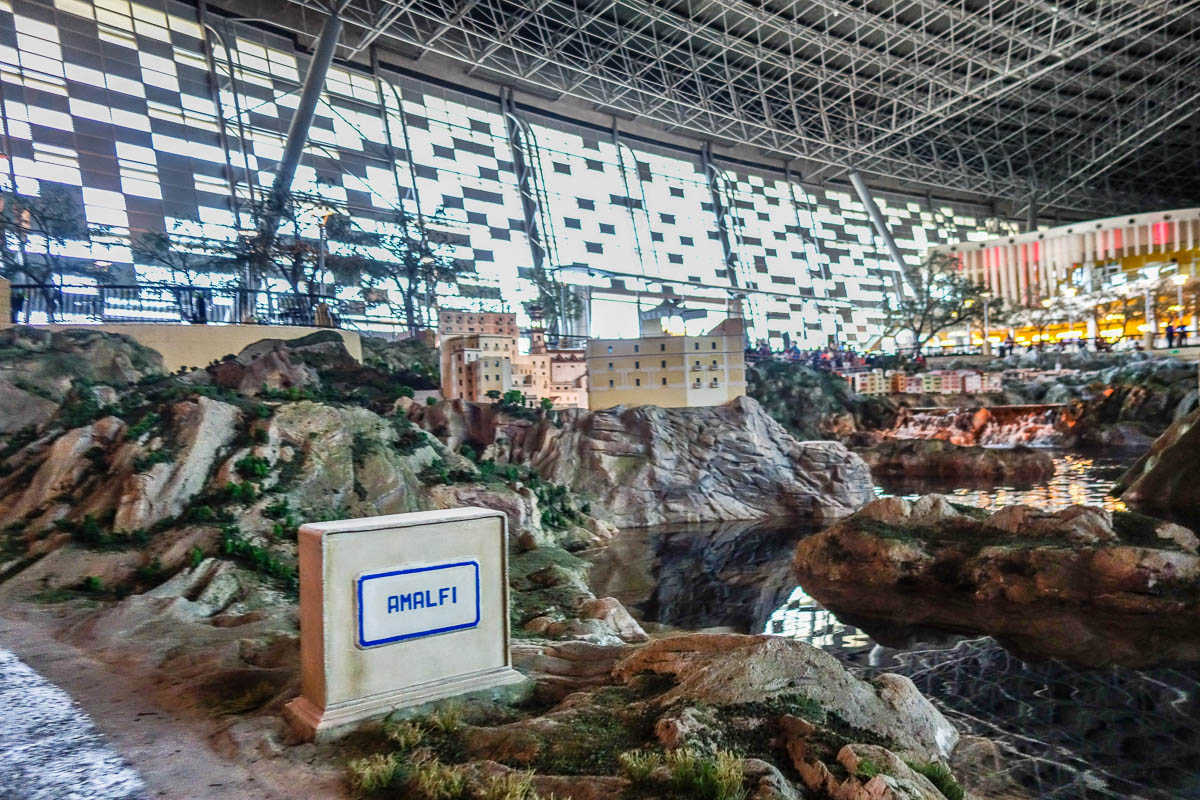 Yup, Ferrari World, Abu Dhabi – amazing. A must-see, especially if you’ve got the kids in tow.

As you’ll be perfectly aware, Ferrari manufactures sports cars. They’ve also got plenty of loyal customers, and a load of business partners too – including sponsors, including KL. And when it comes to entertaining those customers and partners, well, of course they’ve got the perfect venues and activities all covered already – racing tracks and racing cars, and all over the world. This particular event in Abu Dhabi, however, was extra special: it was the year’s final get-together/racing/jamboree/retro-showcase/etc./etc. gig. And Ferrari invited just everyone. There were all sorts of different races – and we took part in two of them. We being a few KLers… 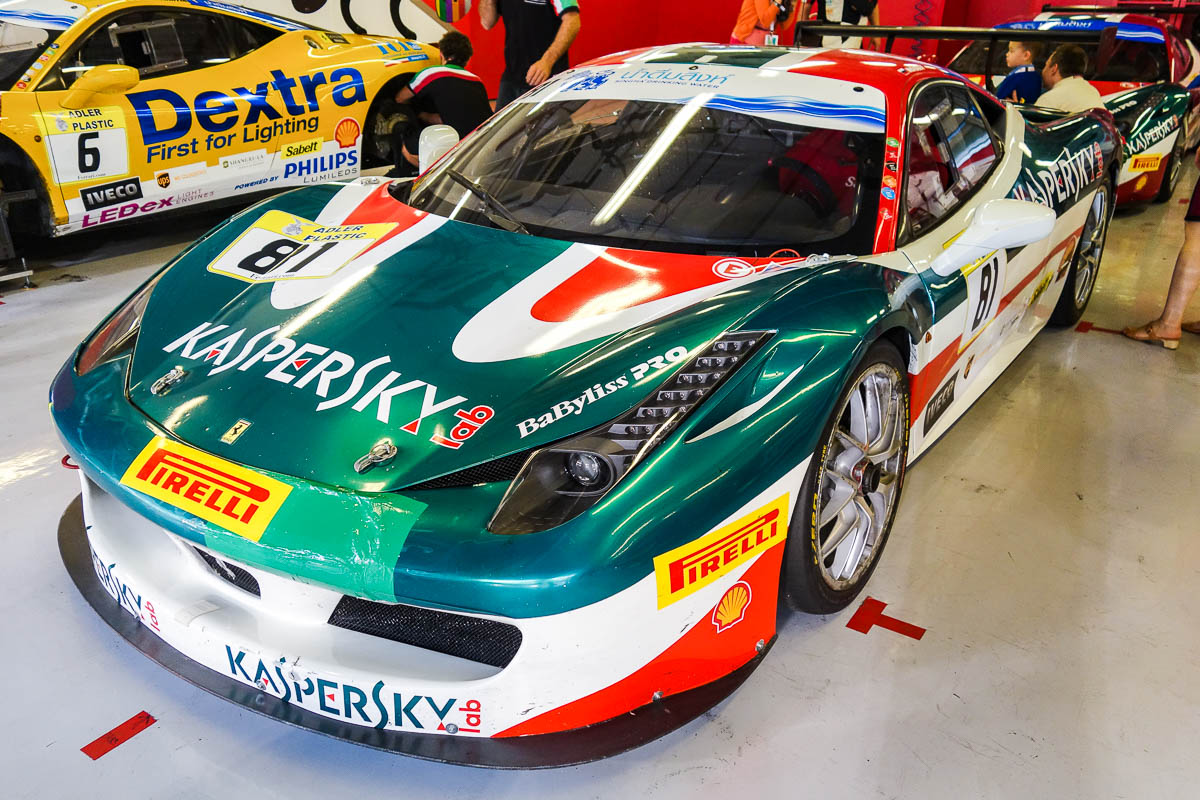 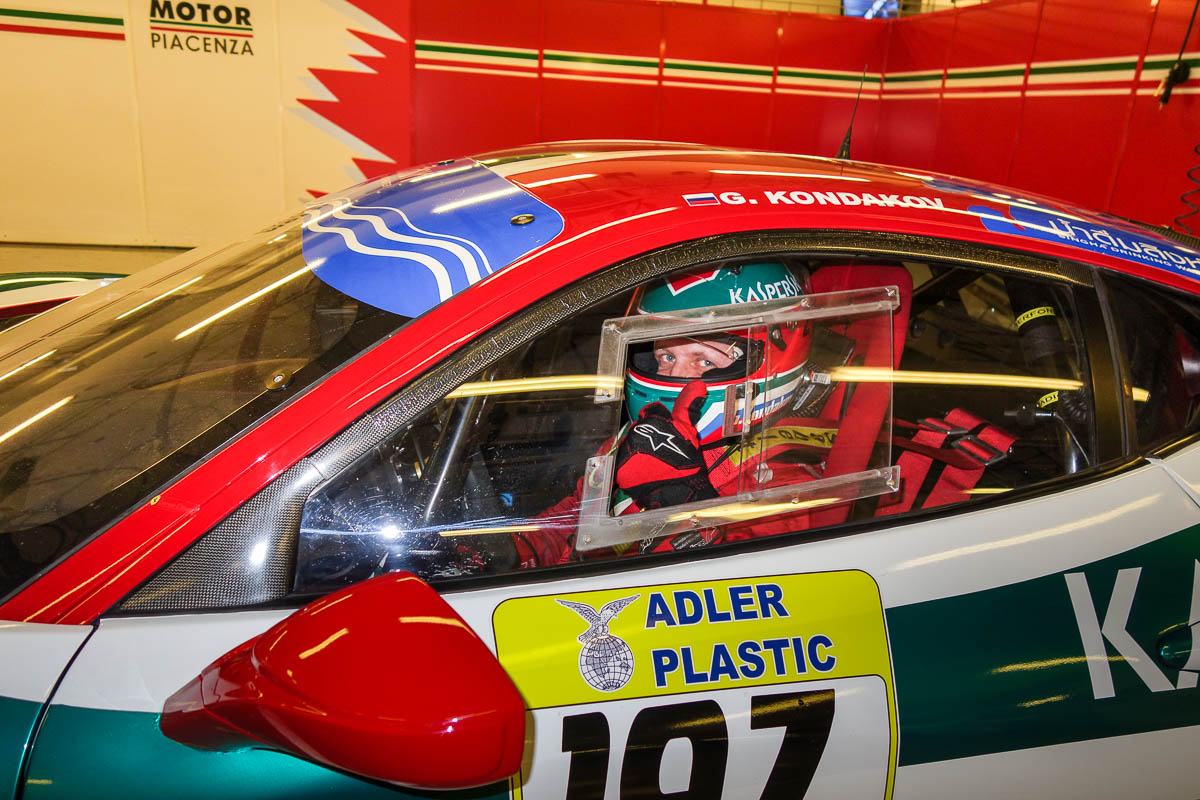 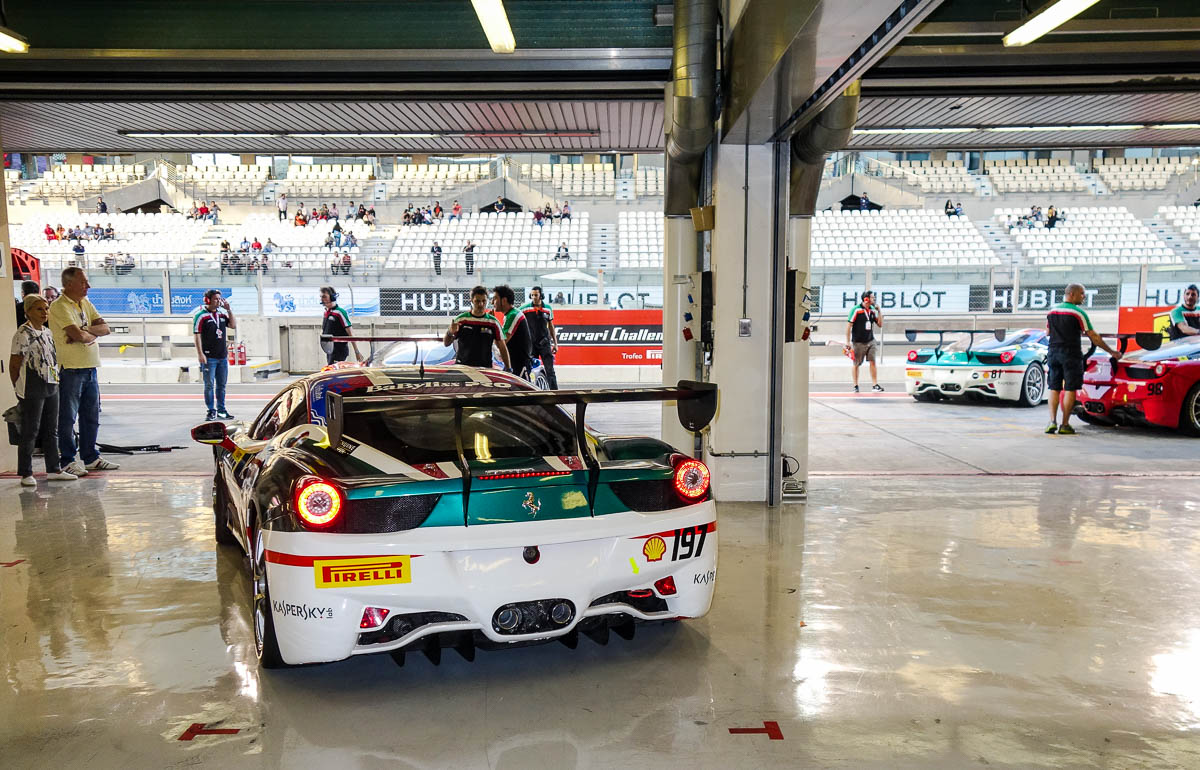 Real F-1 cars were also raced! Including classic ones from years past. Quite a collection… 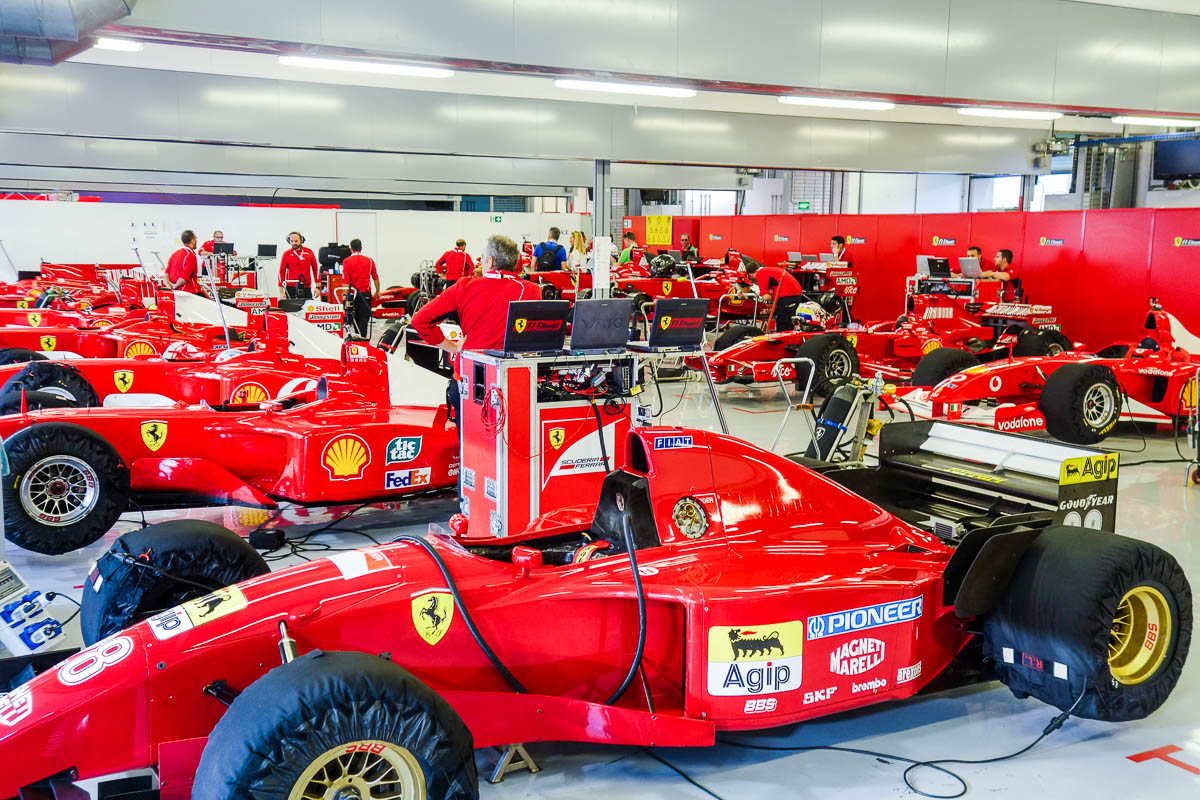 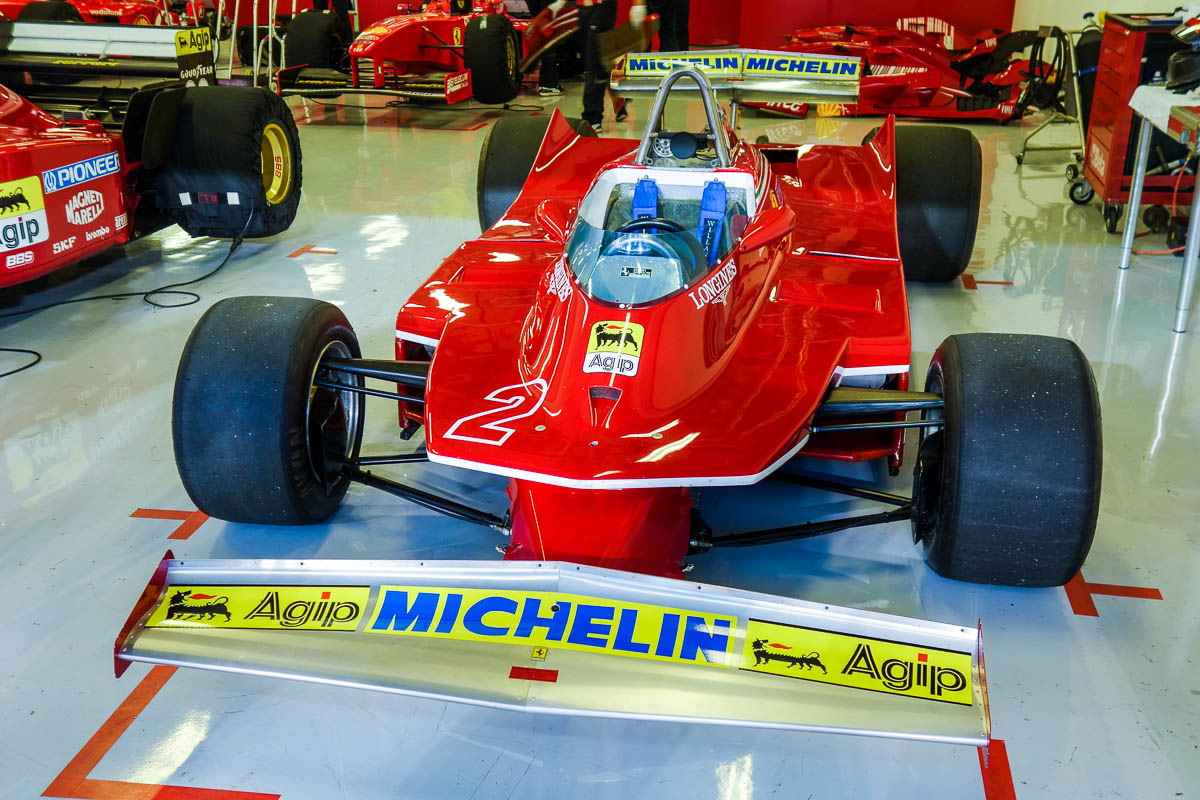 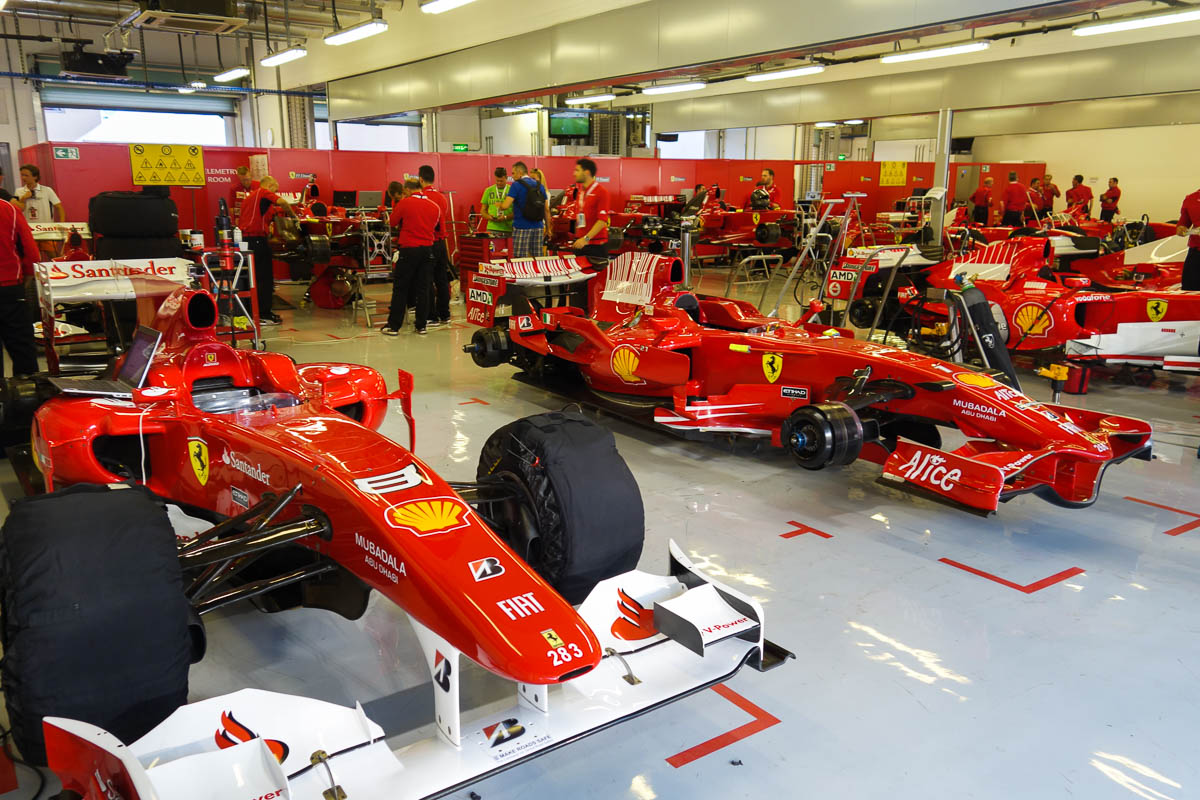 A.M. and G.K. took part in one race: the European Final of the Ferrari Challenge.

And A.M. was also in another race: the World Final of the Ferrari Challenge! 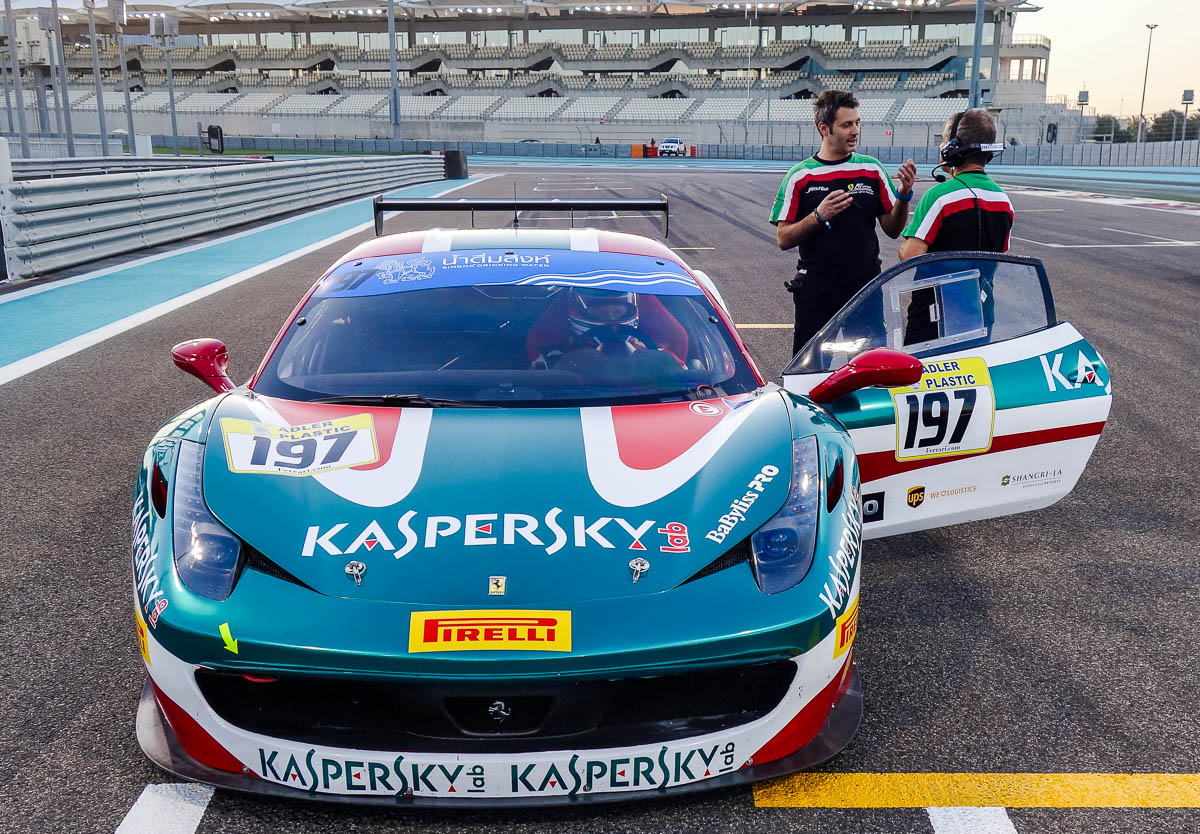 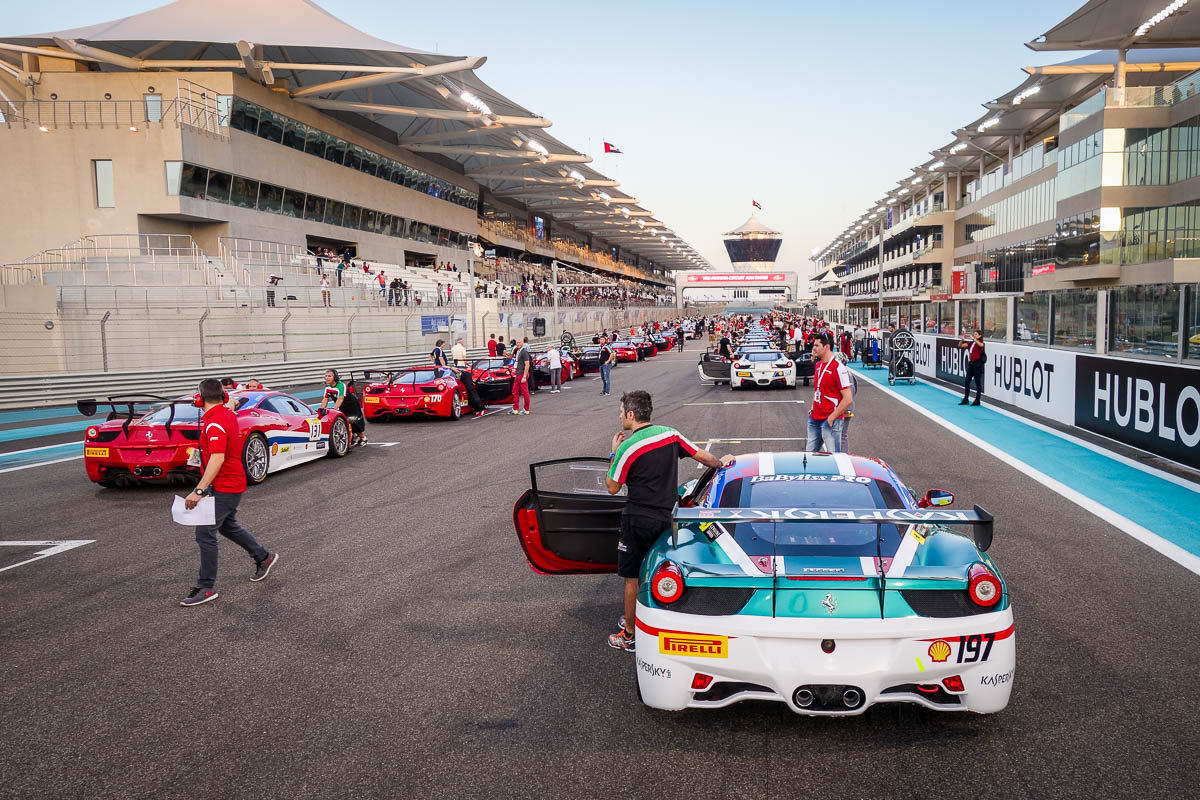 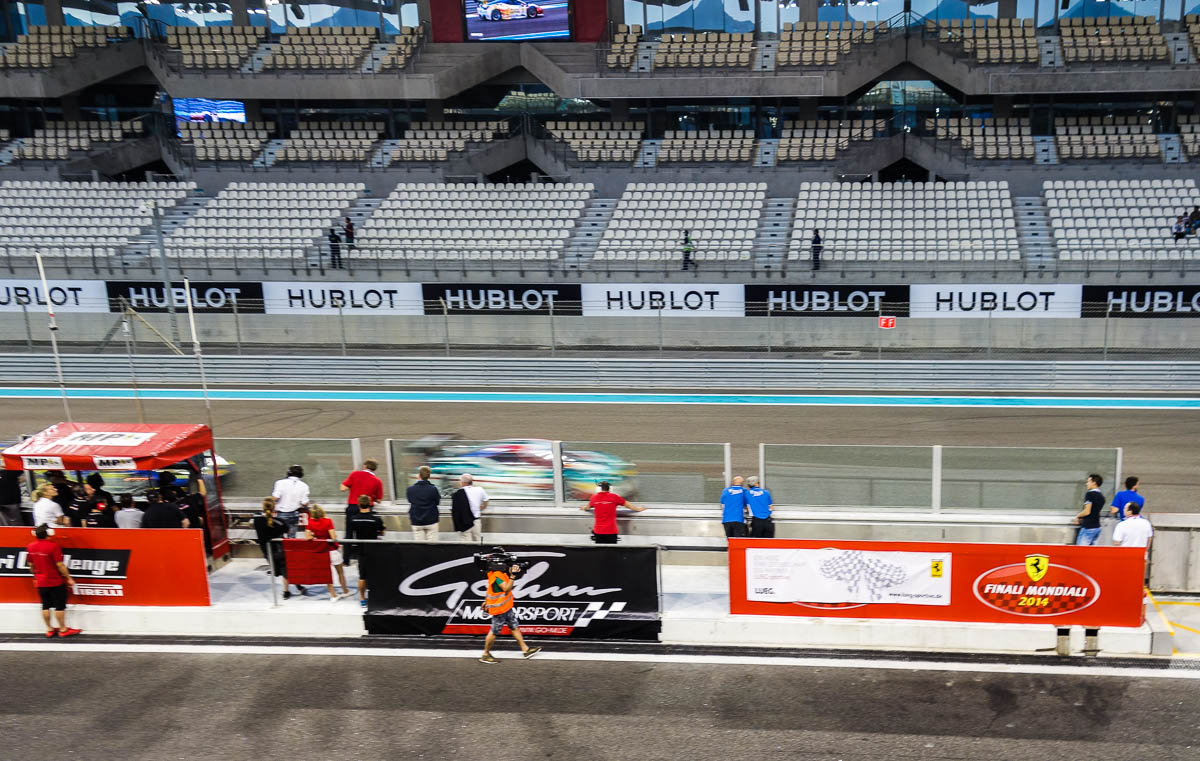 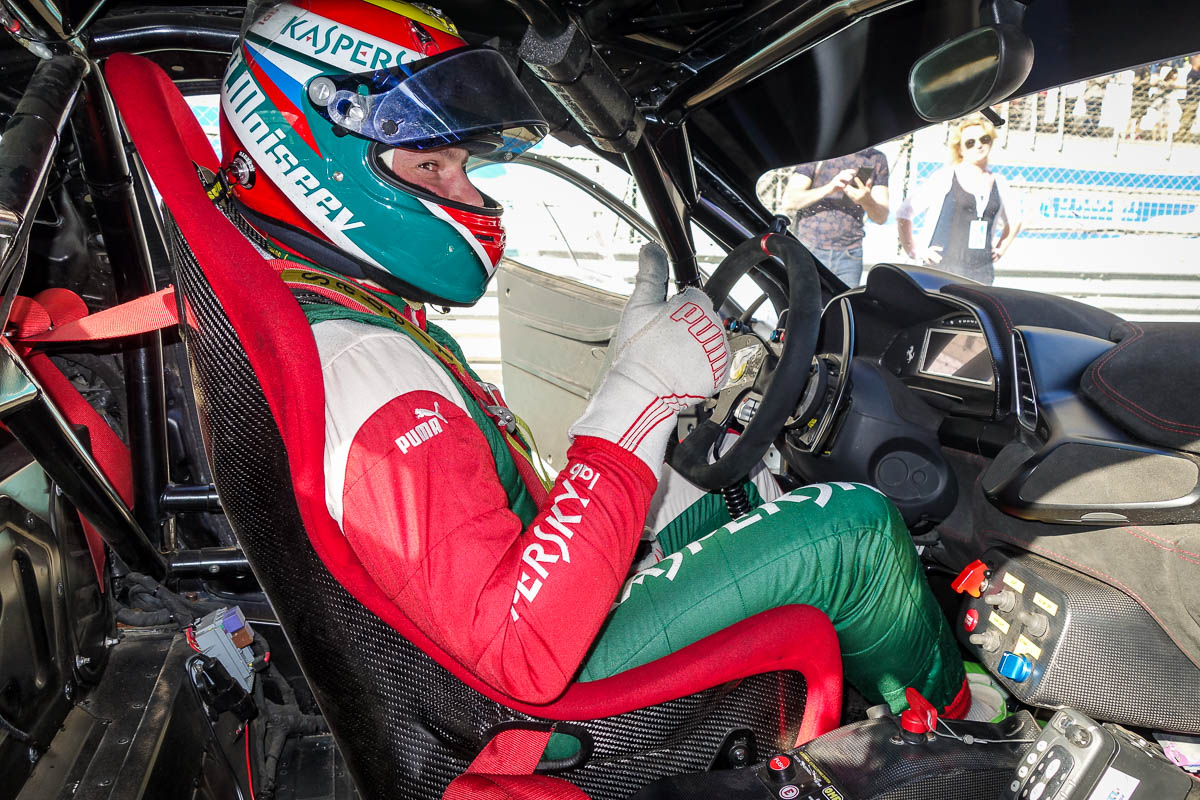 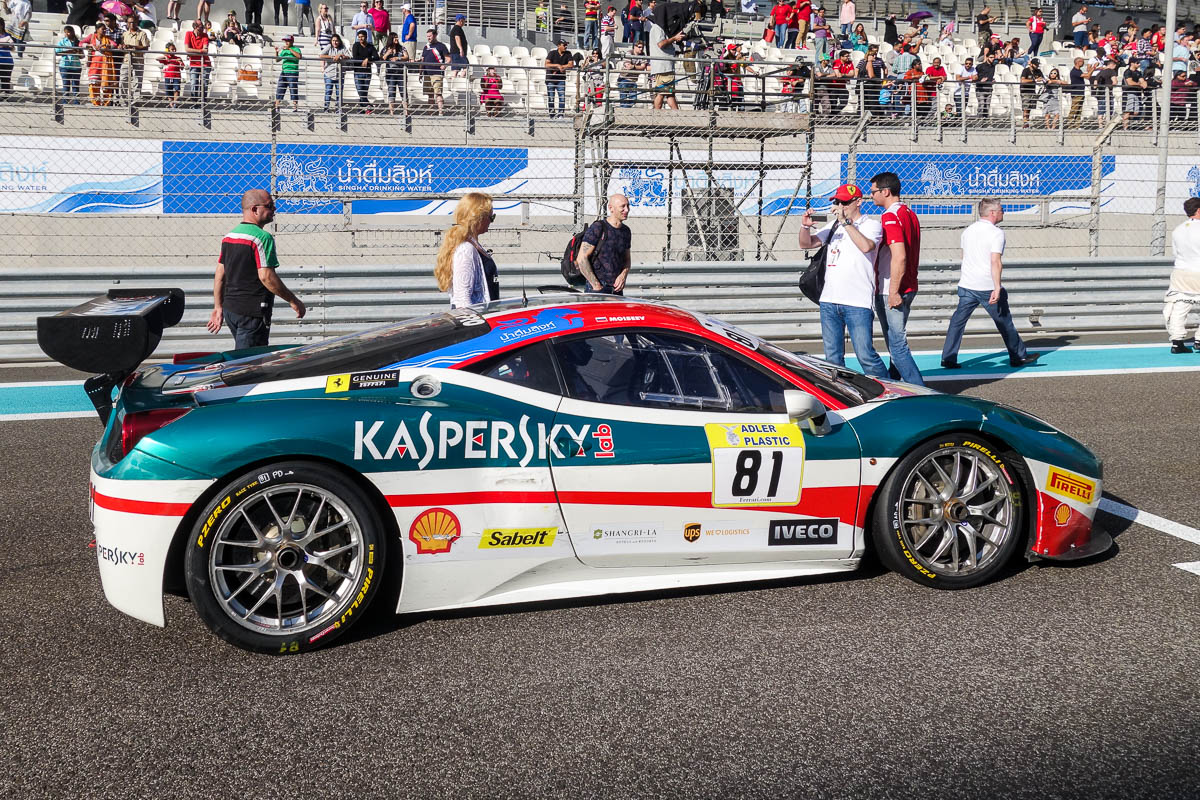 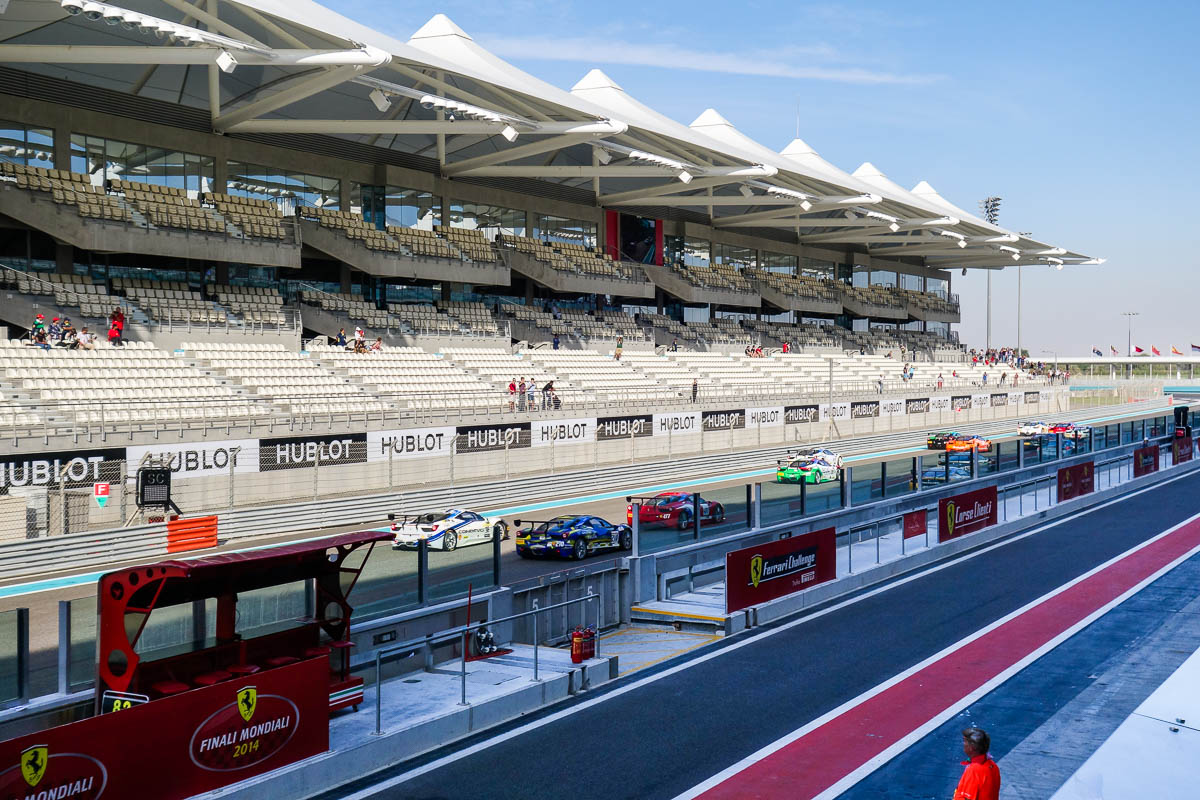 Sadly, things didn’t go all that well for us…

During the first race A.M.’s gearbox conked (leaving only even-numbered gear speeds working). WHAT?? And after we suffered from the same fatal auto-ailment just recently in another car race in Italy?!?! How much bad luck??? In his category he started somewhere around the middle, and just two minutes from the finish he was in first position, but that’s when disaster struck: the gearbox blew after being worked too hard. In the end he came fifth in his category.

The car was repaired, ready for the next day’s race. Incredibly, bad luck struck again, and this time a lot earlier – at the first turn even! He was cut up, collided with the offending cutter-upper and the car in front, a wheel got damaged, and he had to pull out of the race. Here’s how things looked from the inside the car:

Oh well, it only means that luck will be on our side next time…

And on that note we left to go check out the sunset. It was stunning. A much needed tonic after a disappointing day: 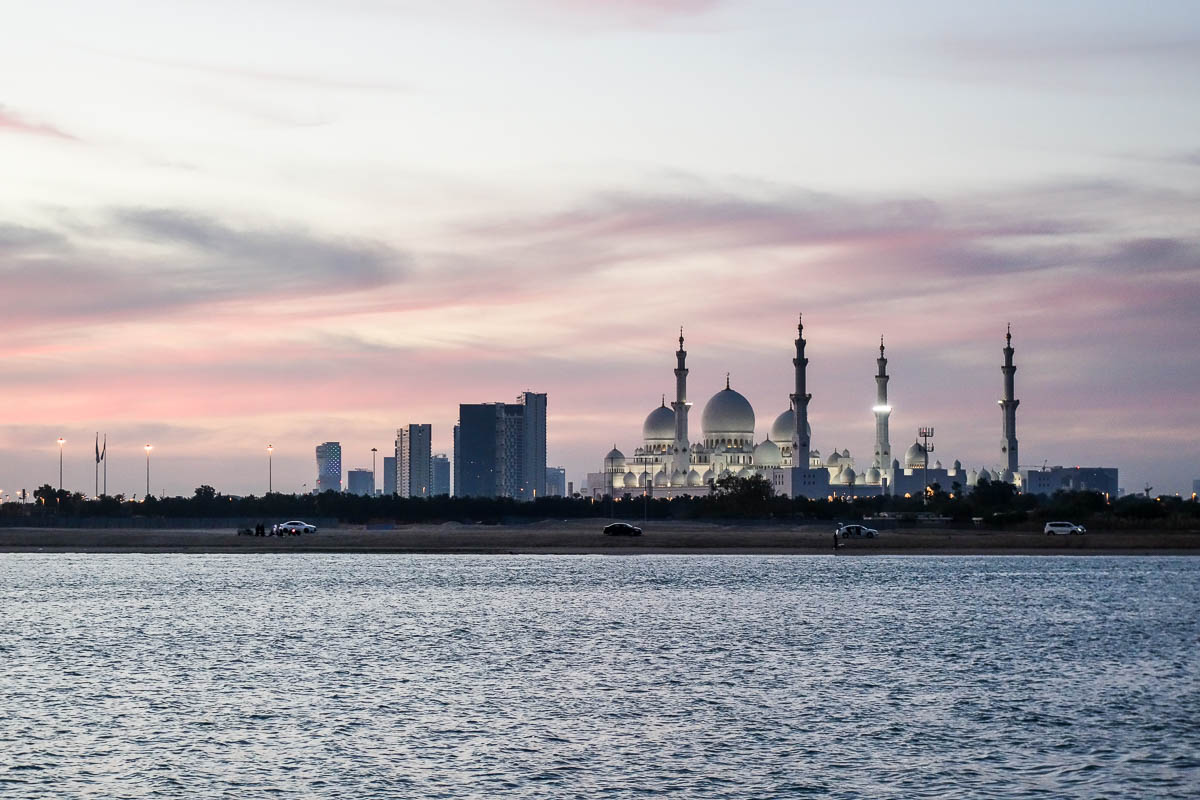 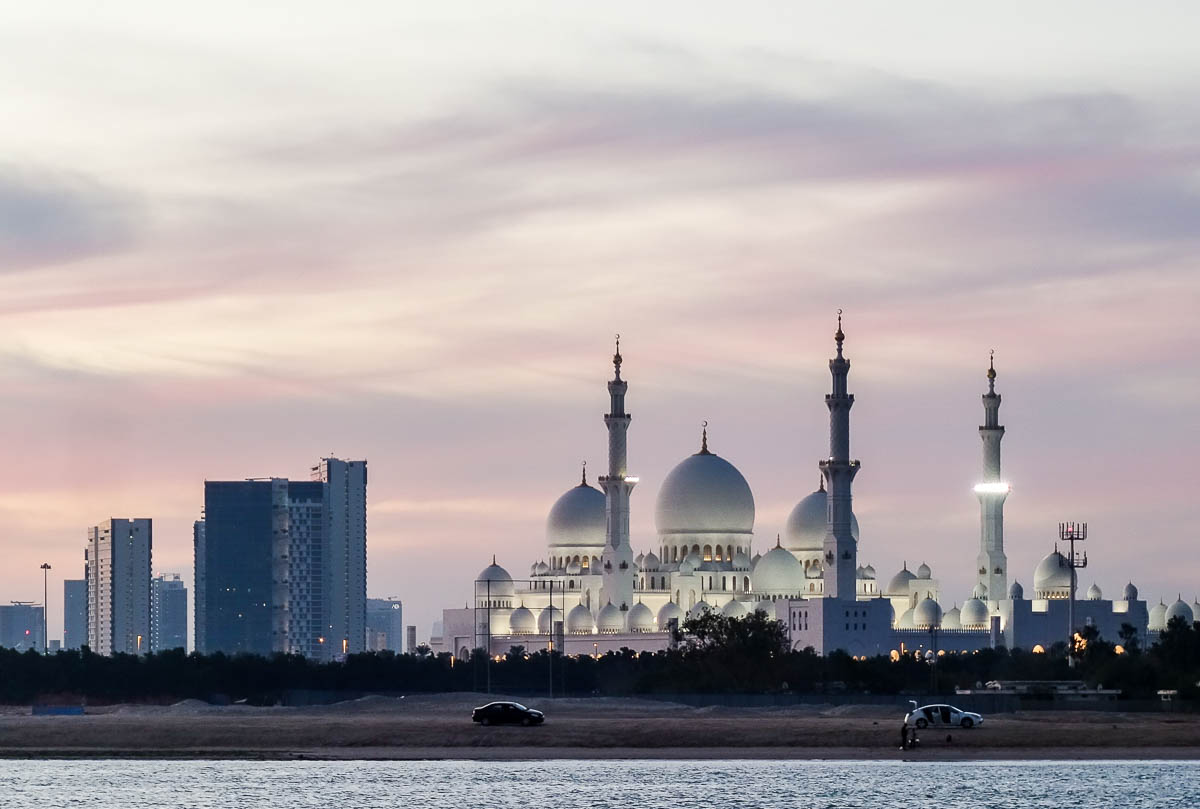 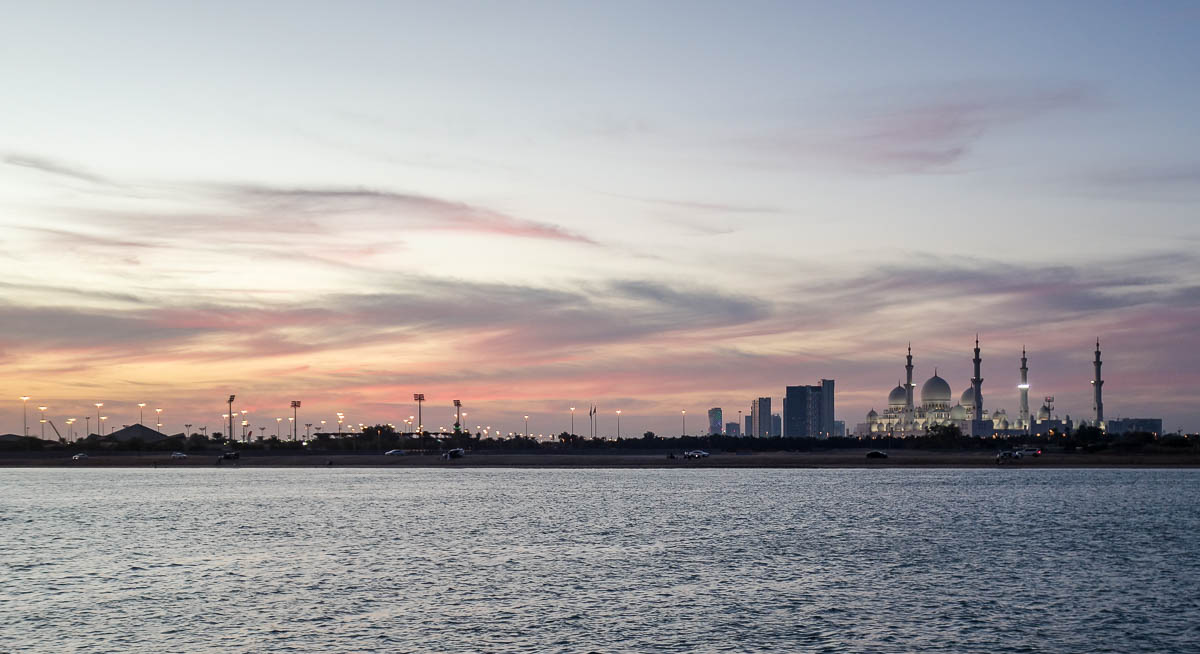