I first set eyes on these incredible creatures last year in 2017. Just a year later and I was back for more, and since then I haven’t been able to stop wondering: where did they come from and how did they manage to survive? Wikipedia gave me part of the answers, which in this instance I trust completely: the Aldabra giant tortoise is endemic to the island of the Aldabra atoll in Seychelles.

// Endemic, btw, refers to species – not individuals. So, let’s say you live and don’t ever venture far from a single address/location, you aren’t endemic to that place; you’re just lazy – or a hikikomori, if in Japan! :) 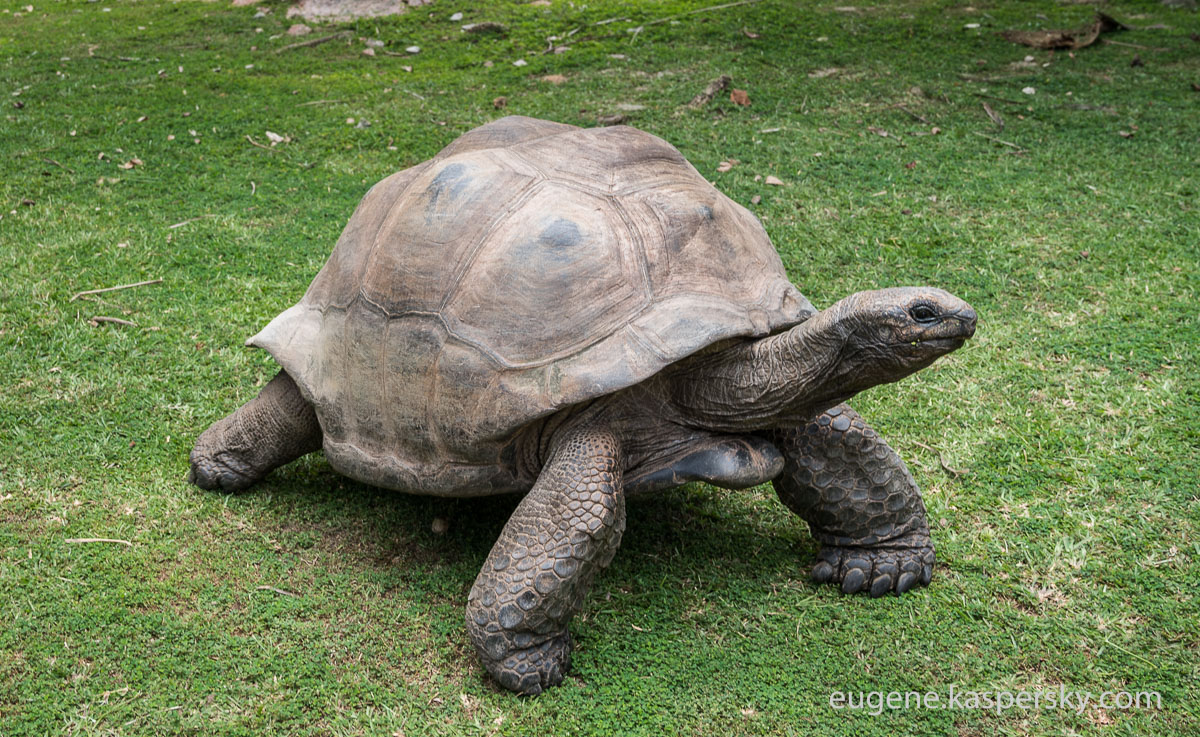 But how? This question keeps me up at night…

So, these fine reptiles these days inhabit different islands – from Zanzibar to Curieuse, but they all originally came from Aldabra.

Wait – no: first, a digression: different Wikipedia pages for one and the same thing – only in different languages… – you could be forgiven for assuming that they’re basically the same, just translated from the page in the original language, whatever language that may be. But in actual fact, very often the different language pages for the same thing are very different. Why? Ok, that’s for another day and another post, perhaps. For today though, let me give you an example:

This is a translation into English of a paragraph on the Russian language page for Aldabra. Note: none of this content is given on the English page! Ok: digression over…

“Over the past two million years the Aldabra atoll has been completely submerged under the Indian Ocean at least six times. The reason has always been a change in the world sea level due to a period of global warming following an ice age.”

So, that means the atoll on which these land-based (remember – these are tortoises, not turtles) endemics live sinks and reemerges every 300,000 years or so?

If that’s the case, how on earth do these non-swimming tortoises survive each time?

Maybe in some bizarre Darwinian twist they foresee global warming, learn to swim, and off they paddle? But if that’s the case why does this endemic only live around here – on the islands, never venturing into the ocean?

So yeah. Another one of those mysteries. But oh such a curious one!

And talking of curious – here’s another curiosity:

It turns out this species of tortoise boasts rather unique behavioral mechanisms to regulate its population. In times of high-density population the female lays just four or five eggs once every several years. While in times of low-intensity population – it lays up to 14 every year!

I really do need to study the mysteries of the Aldabra further. I really am fascinated, as you can probably tell. When I do, you’ll be the first to read about my findings – right here.

Btw, if you stroke one of these tortoises on the neck they just love it. They even stand up on their hind legs and stretch their necks out and beg for more!! 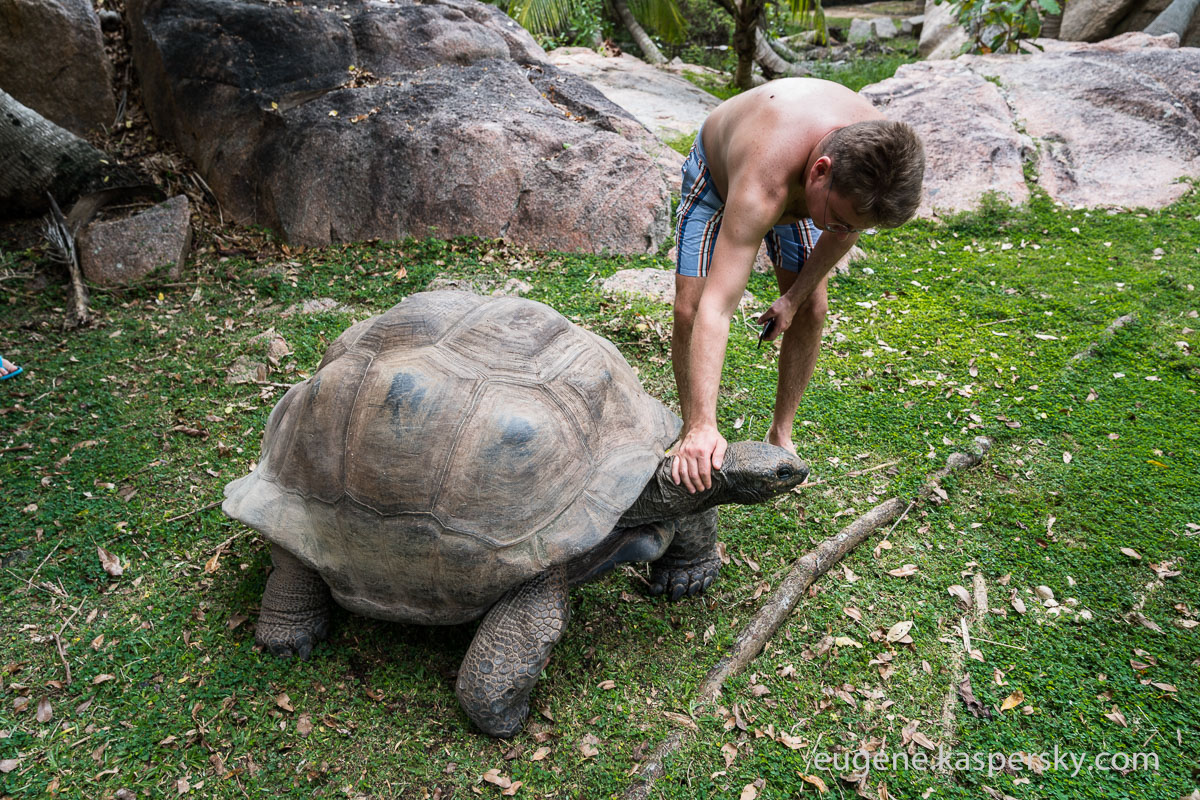 But the main question remains: how do they survive once their habitat is submerged under the ocean for hundreds of thousands of years? I wonder – might you know?