And Komodo happens to be home to very large reptiles! Check these beauts out!

The little paws are so funny! Plod, plod, plod they go, their owner gets tired, stops – and falls asleep! They reminded me of pandas ). 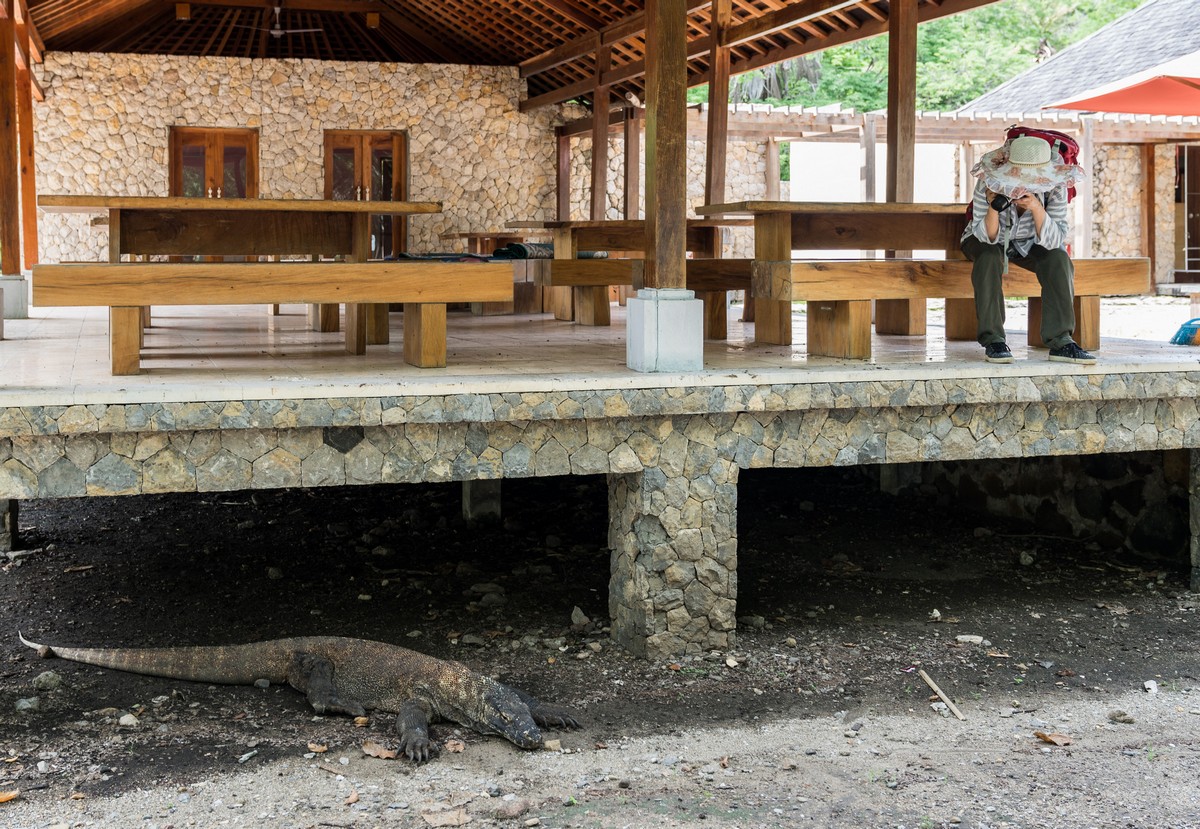 Their next meal grazes nearby.

So, just what kind of reptiles are these? Well, they’re lizards generally; specifically: Komodo dragons!

They’re known to be rather slow and docile – not ones to apply (outwardly!) vicious methods of killing their prey like other species that dominate the ecosystems in which they live. Theirs is a more… elegant, sophisticated and laid-back method of predation: they take one little nibble of their prey, then wait for their venom/saliva to reach the heart/brain thereof, the prey soon collapses to the ground dead, and in steams the dragon for his/her supper (if he/she makes it there before a larger, opportunistic dragon that might be nearby). Like I say: sophisticated ).

All that’s the theory, anyway, as gleaned from the internet. Time for us to go fact-check for ourselves in the jungle.

Into the dragon’s den we go… 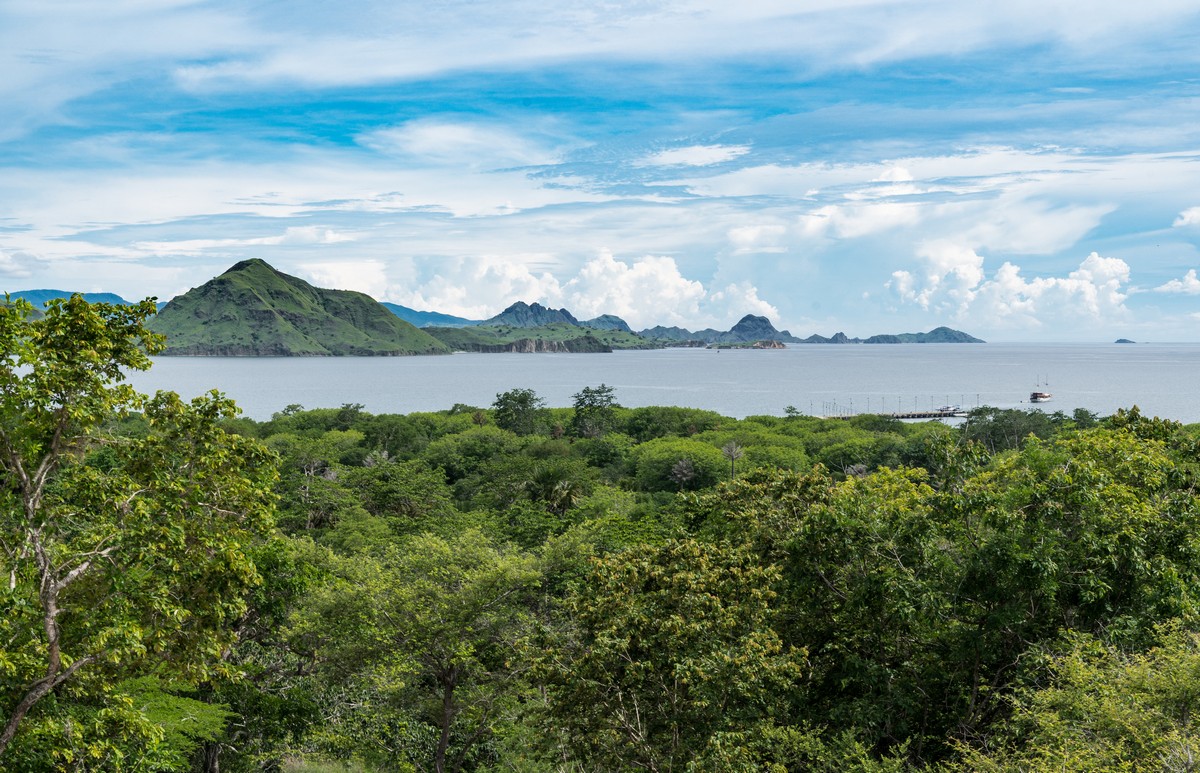 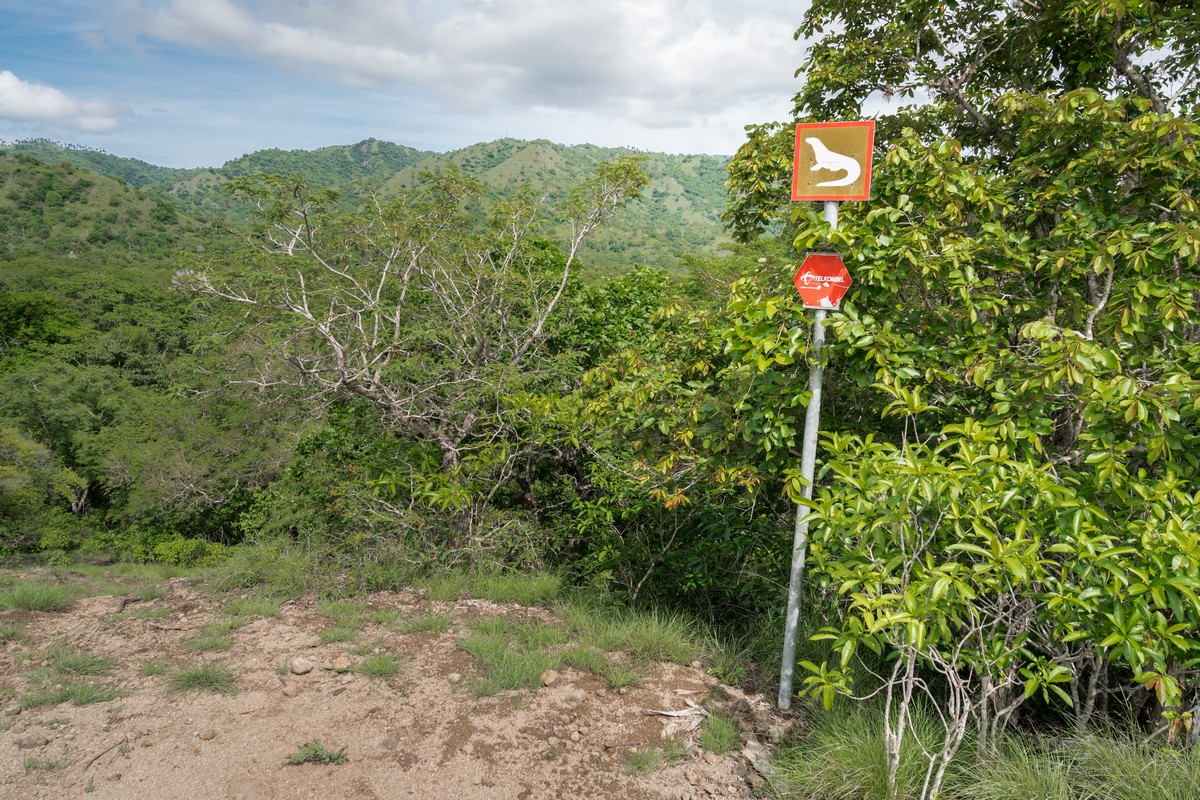 We climb a bit in altitude, and long-distance volcanic panoramas come into view: 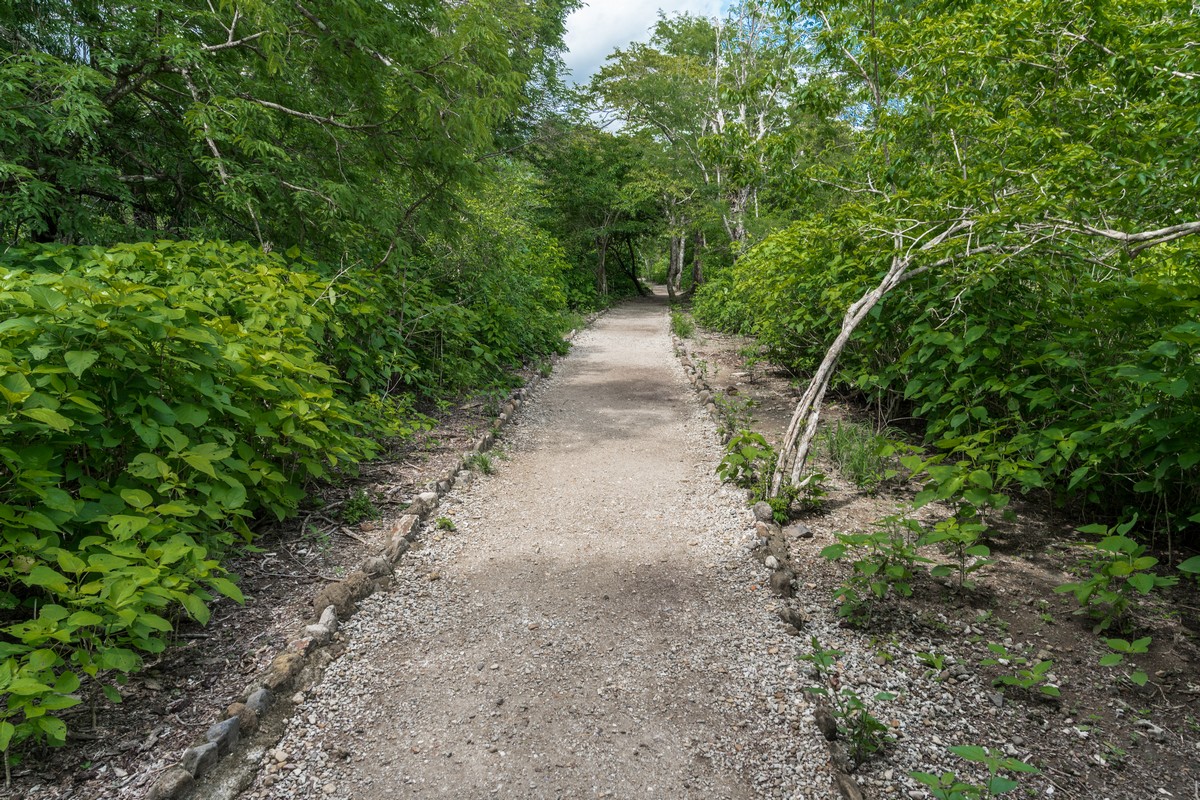 Walking along the path through the jungle we were all excited about catching a glimpse of more than just one or two ‘dragons’. But we were then informed that ‘today: no dragon’! Apparently, after lunch they all have an afternoon-long siesta. It gets hot and humid, and they get tired and just doze off. The knack is to get here early morning, so we decided we’d do just that the following day. Today though it was just stroll, stroll, stroll; dull, dull, dull. Boo.

What we did see that was of interest that day was a dragons’ breeding mound. Eggs sit inside for nine months, and then out crawl the lizards once hatched. But more on this later… 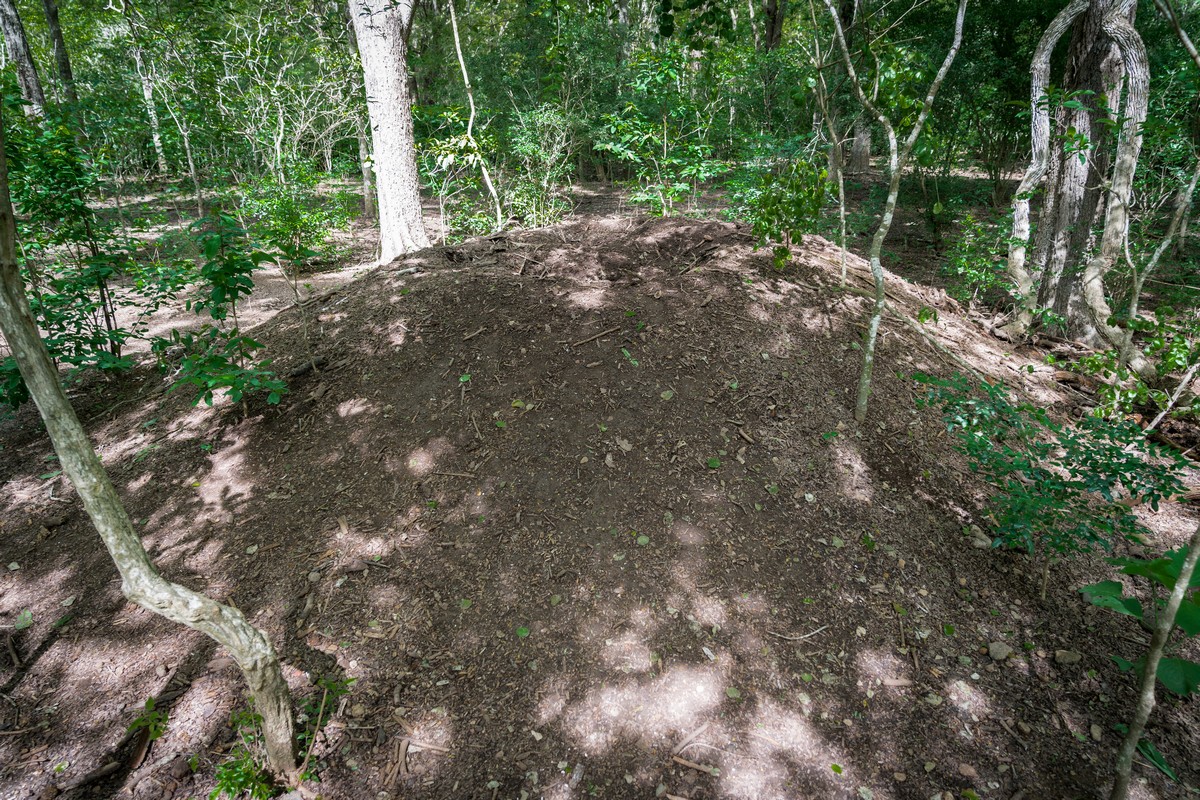 And here’s the mother. She guards her eggs for a time, then gradually forgets about them and goes off somewhere else. The poor little things have to fend for themselves from the get-go! 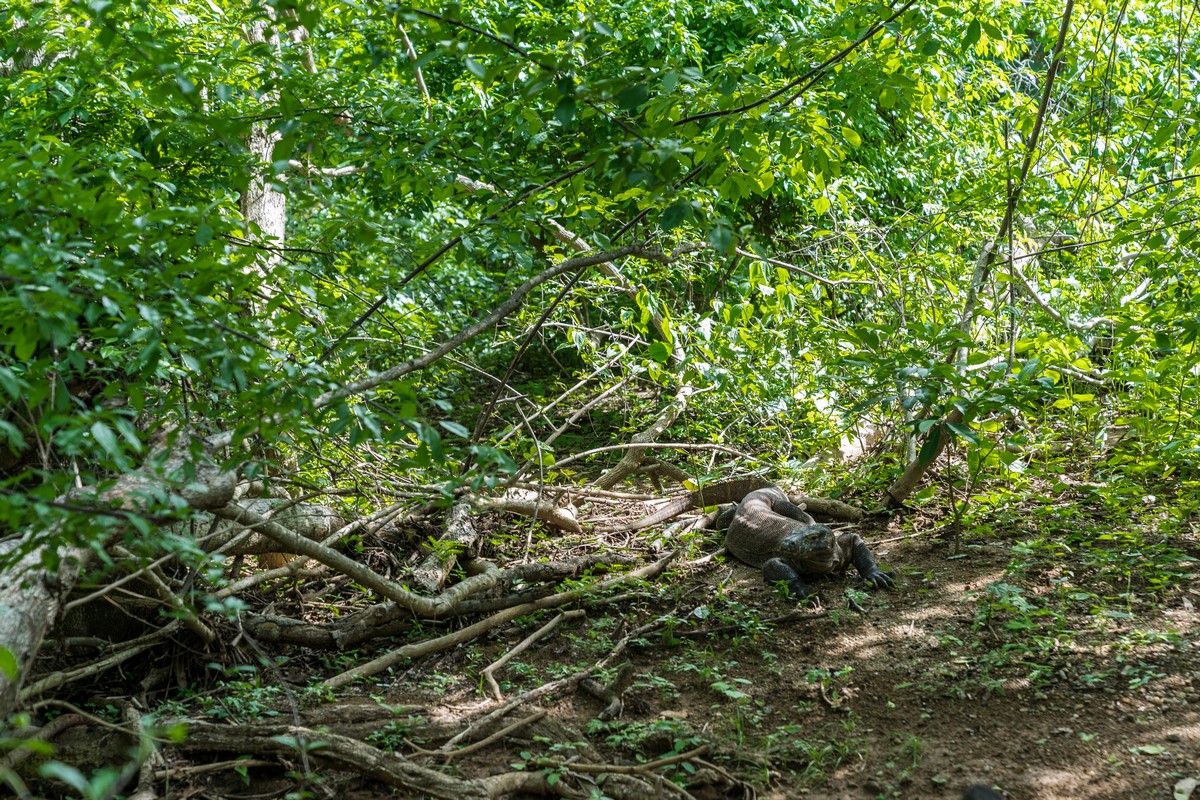 Perplexing palms: why are they like that up top?

We did see some dragons on the first day…

…But the main show was next morning on the island of Rinca. It was reassuring to see this sign as soon as we got there: now we know not to dive into the sea if chased by dragons!

The first living species we saw was the dragons’ food: 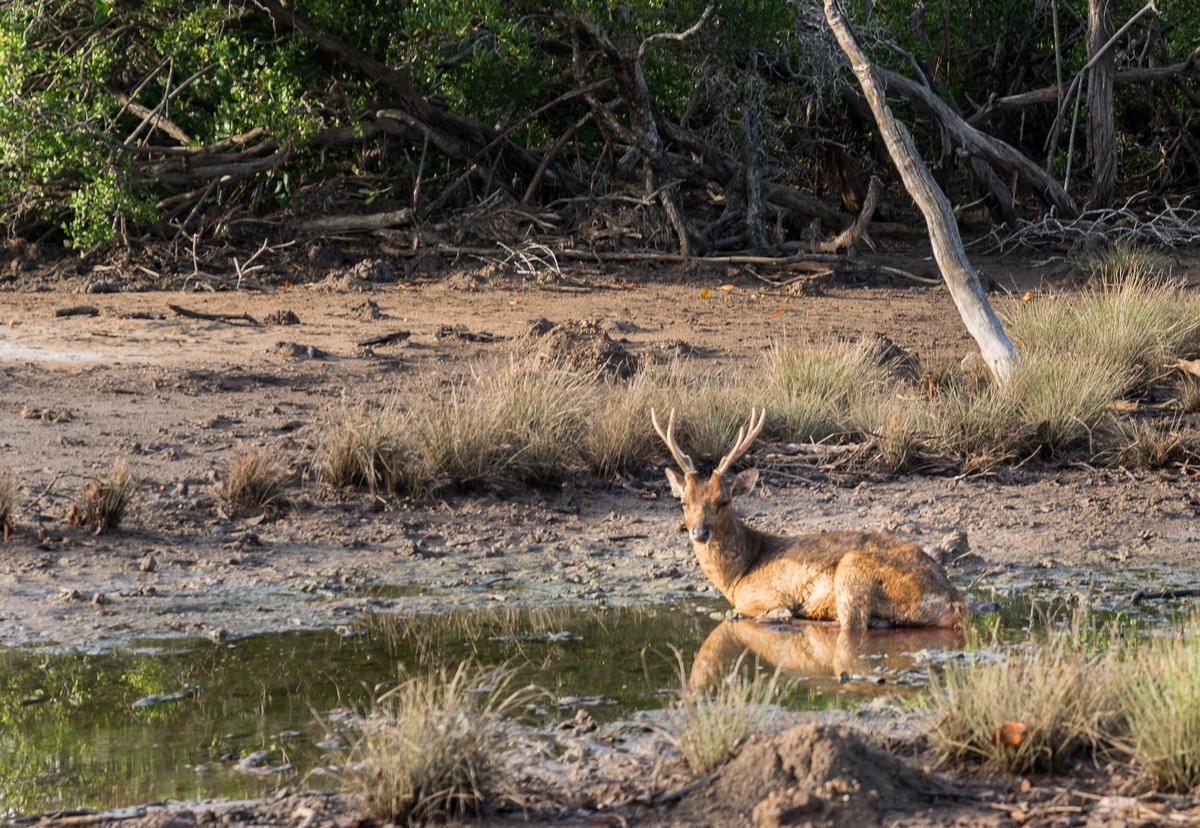 Here’s our first dragon of the day, who enjoyed posing for the camera – sometimes even smiling.

She eventually got bored of us and was on her way. 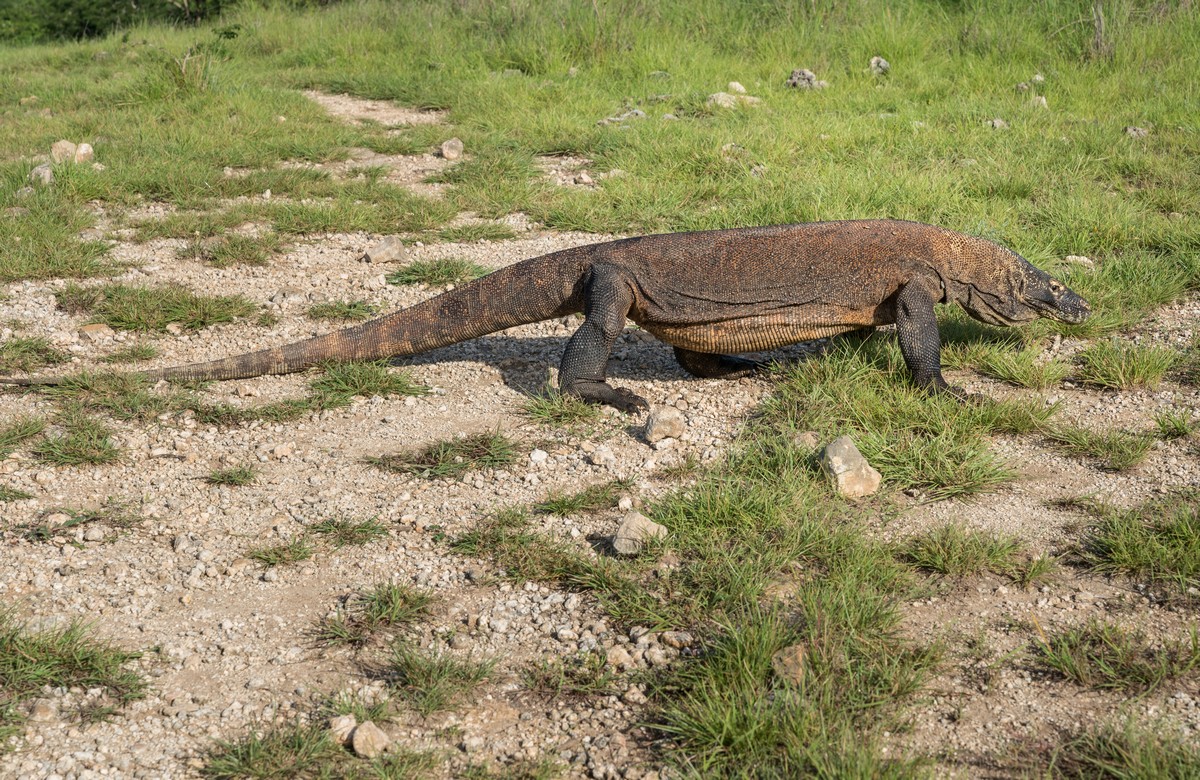 Here’s another dragon incubator. Up in the trees next to it – baby dragons. Our guides told us how the dragons are an ancient breed, and somehow that is the reason they have cannibalistic tendencies. The little ones have to think quickly when they first emerge from the mound: older dragons could eat them up. Amazing. Imagine a human baby being so quick-witted!

But the main attraction was the ‘dining room’. Here the guides feed them, so it’s always busy!

Here’s the biggest we saw: 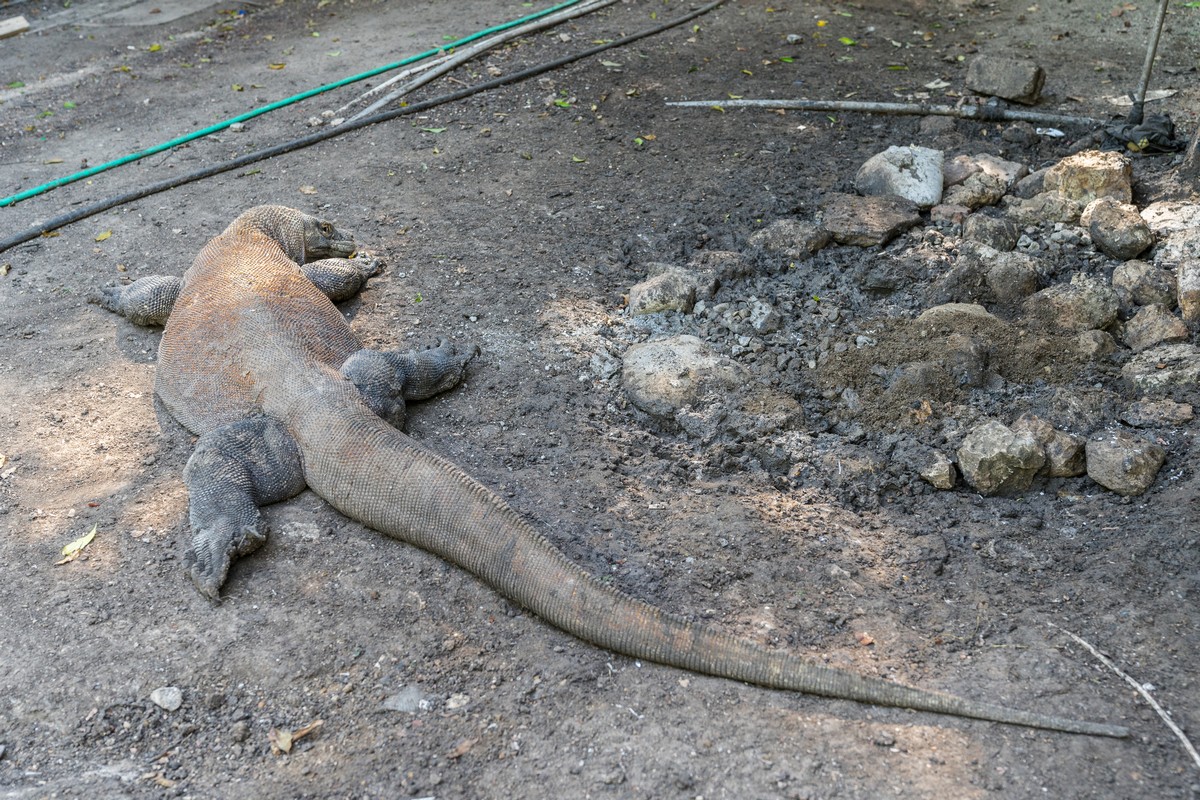 One of the guides told us an interesting tale, or could it be a legend? Anyway, a local once lay down to sleep, but didn’t bother to get undressed. The socks he was wearing were so dirty and hadn’t been changed in such a long time that they stank to high heaven. Enter a dragon, attracted – incredibly – by the smell, who proceeded to eat said sleeper. Sleeper wakes up, both he and dragon are thoroughly stunned: one finds his foot in the mouth of an enormous dragon, the other finds his supper suddenly moving and resisting!

The guides say that kind of thing happens occasionally. The dragons aren’t picky regarding what they bite and venomize – and sometimes they bite humans. When such an incident occurs, the responsible naughty dragon gets exiled off – for life – to an uninhabited (by humans) island nearby. Apparently three such hooligan-dragons live on the island at present.

Btw, more statistics on attacks on humans are here.

I’ve mentioned the Komodo dragons’ ‘venom‘. But it’s not known for sure just how they do kill their prey. Maybe it is venom, or maybe it’s the highly septic bacteria of their saliva. TomAHto, tomATEo, surely? :). 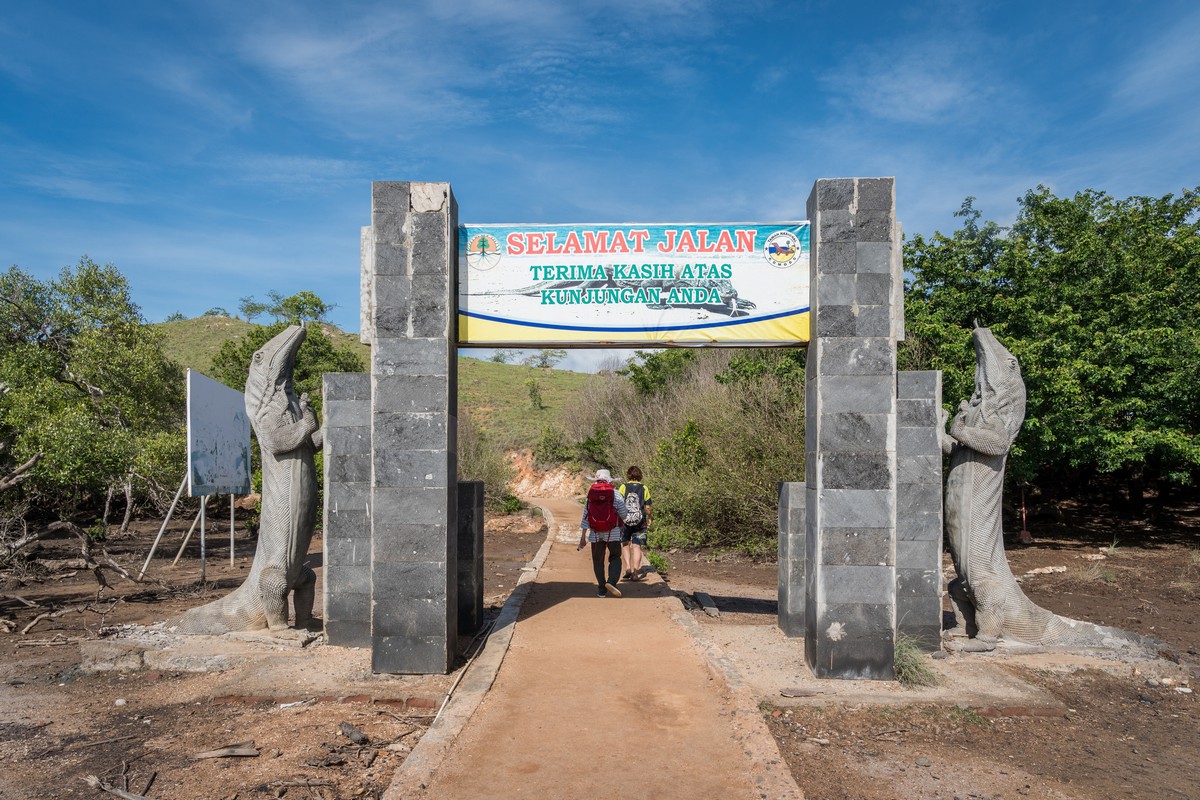 And now for the dessert…

Indonesia doesn’t just do volcanism in spades, it does the odd bit of cave-ism too! Introducing: Batu Cermin.

Not the most cavernous, not the most wondrous, but still worth a quick look. Best bits: the colossal crickets in there and the bats hanging upside-down asleep ).

And that, folks, really is it! That’s all from Indonesia (notwithstanding my short summary, coming up tomorrow:). Next up for us was our flight back home. Boo again!…