All our scheduled Indonesian volcanoes had been duly climbed, snapped, and climbed back down again, but our adventure wasn’t over yet! We still had several days left to go on our trip, but first we needed to get to another Indonesian island. This meant we needed to get to the airport in the city of Ende on Flores island. Now, I was praising Indonesia’s airports a few posts back… Well, this one’s no exception (but for one bizarre detail)!…

So. Ende. A city with a population of just 60,000, but it has a really rather charming volcano nearby plus a really rather good airport. However, flights in and out of the airport are rare, and by day they simply lock the whole airport up (literally)!

The road from Moni (where we stayed after seeing the brightly-colored volcanic lakes the previous day) is a strange one: journey time on it is very unpredictable; example: we were told it would take three or four hours to get to the airport; it actually took one-and-a-half. Not that we’d have minded a longer ride, as the views to be had therefrom when circling the volcanoes are crazy beautiful (featuring remarkable ravines and wonderful waterfalls), and at the very end – while you wait for the airport to open – you can lounge about on a brilliant beach. Aaaah! The perfect setting for meditation:

The beach lines not an ocean but the Savu Sea. No, I’d never heard of it either. But, notwithstanding our geographical ignorance, it… sure is a super sea (with seashells on its shore:) – undeniably must-sea!

Alas, I’d only just set up the hammock, procured the cocktail, and was about to fire up a Montecristo, when we hear the airport’s opening!…

Nope – not open just yet… 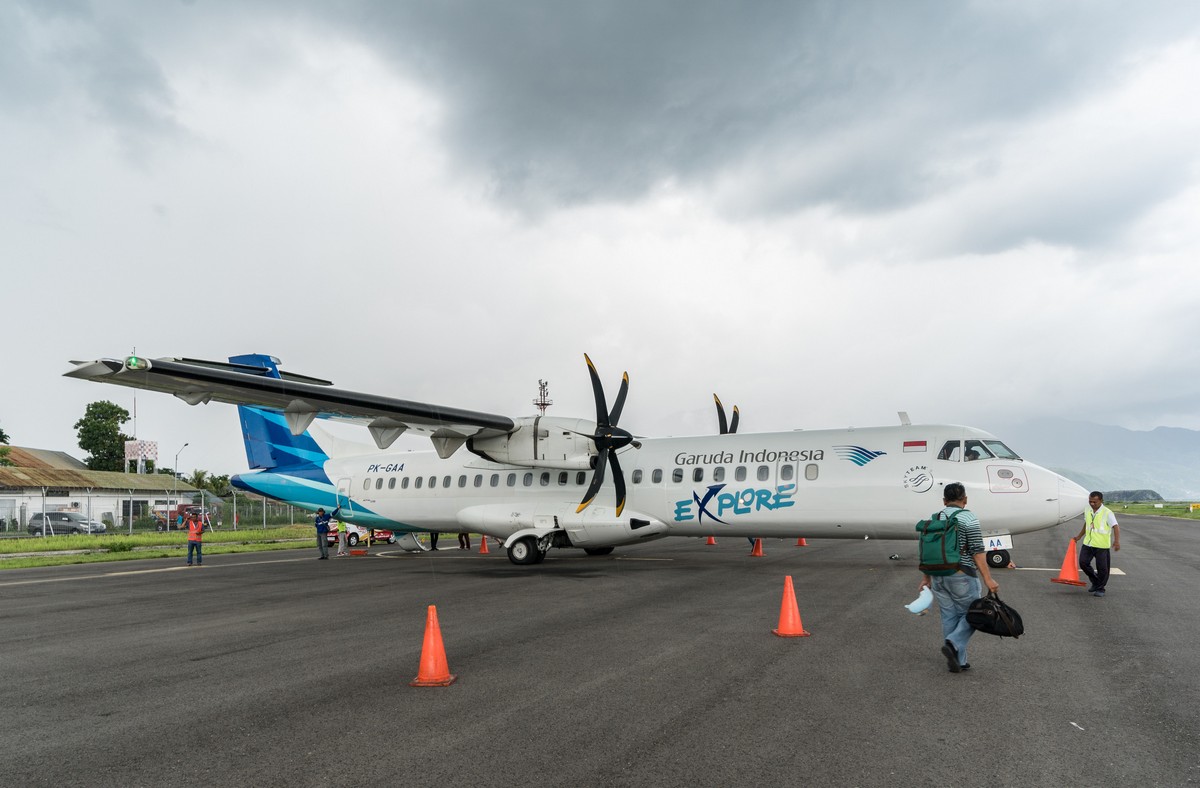 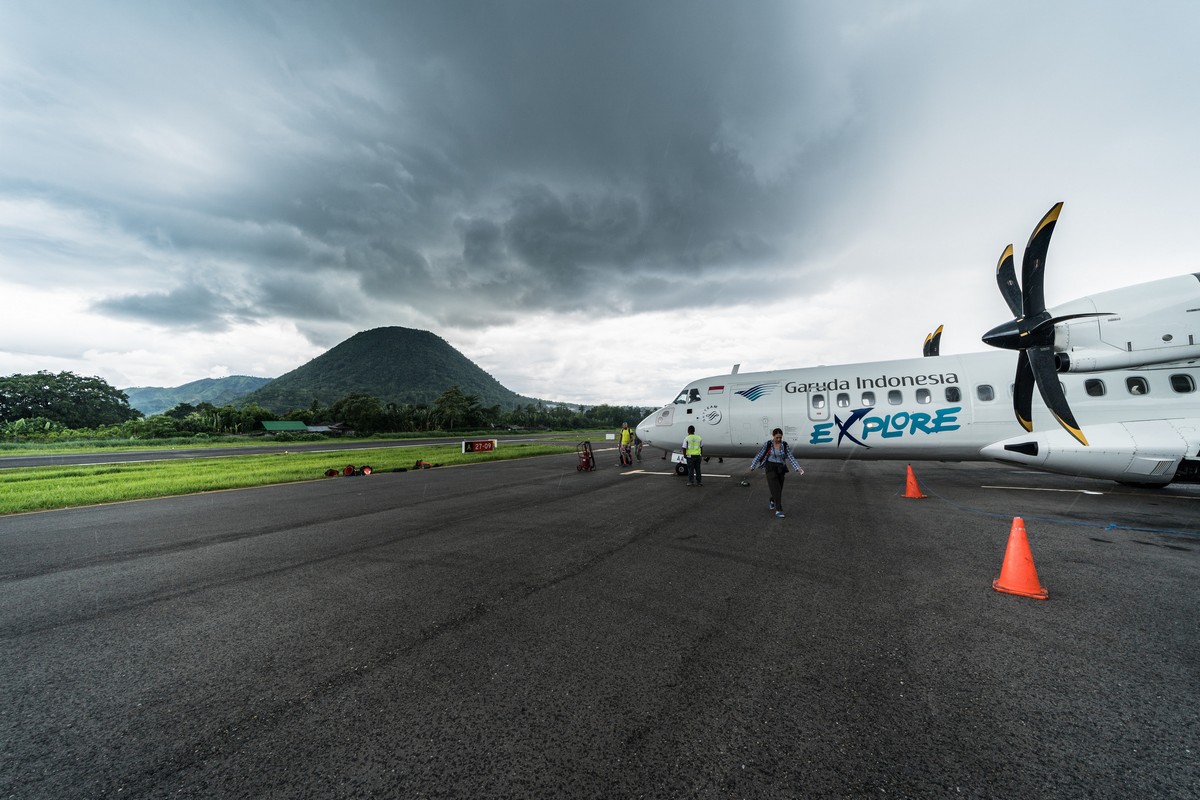 We’d just boarded the plane when the heavens opened. But we were used to this: often we’d just reach shelter and it would start raining cats and dogs. I wonder – were we just lucky, or did our guides schedule our activities around the inevitable afternoon rain?

We land at yet another fine specimen of an airport. I particularly liked the pictures on the terminal’s walls: 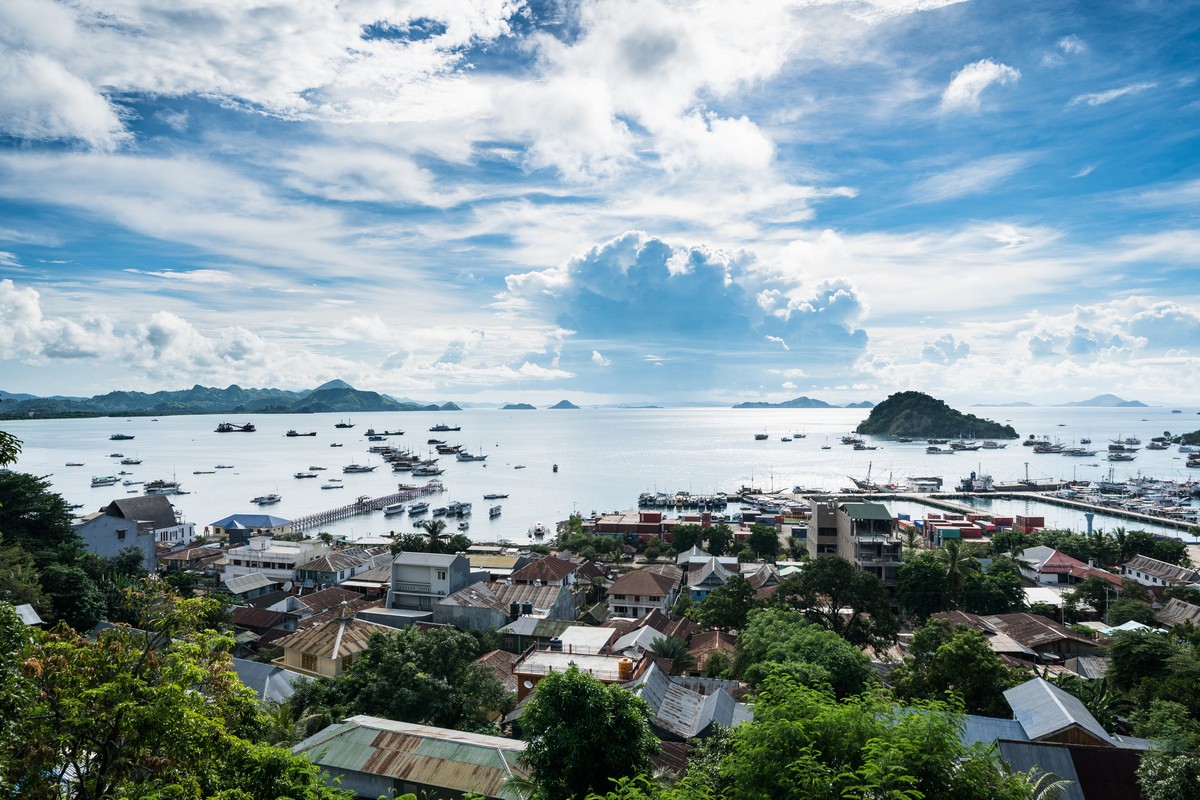 The day after we were to be headed in this direction: 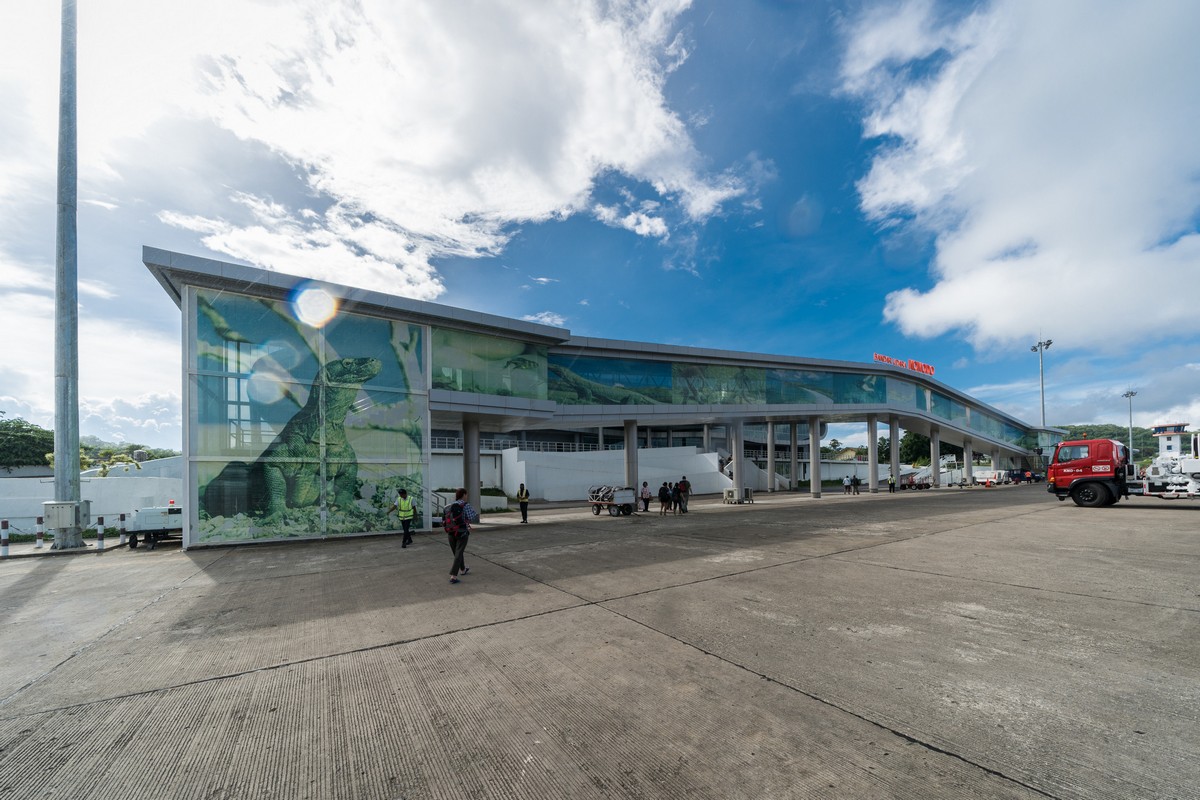 But today we were headed straight to our hotel – another eco-lodge!

Very nice it was too: highly recommended. With its own park, pool and Wi-Fi. No restaurant, but there are plenty of eateries along the coast (the locals make the recommendations).

A quick tour of the territory: 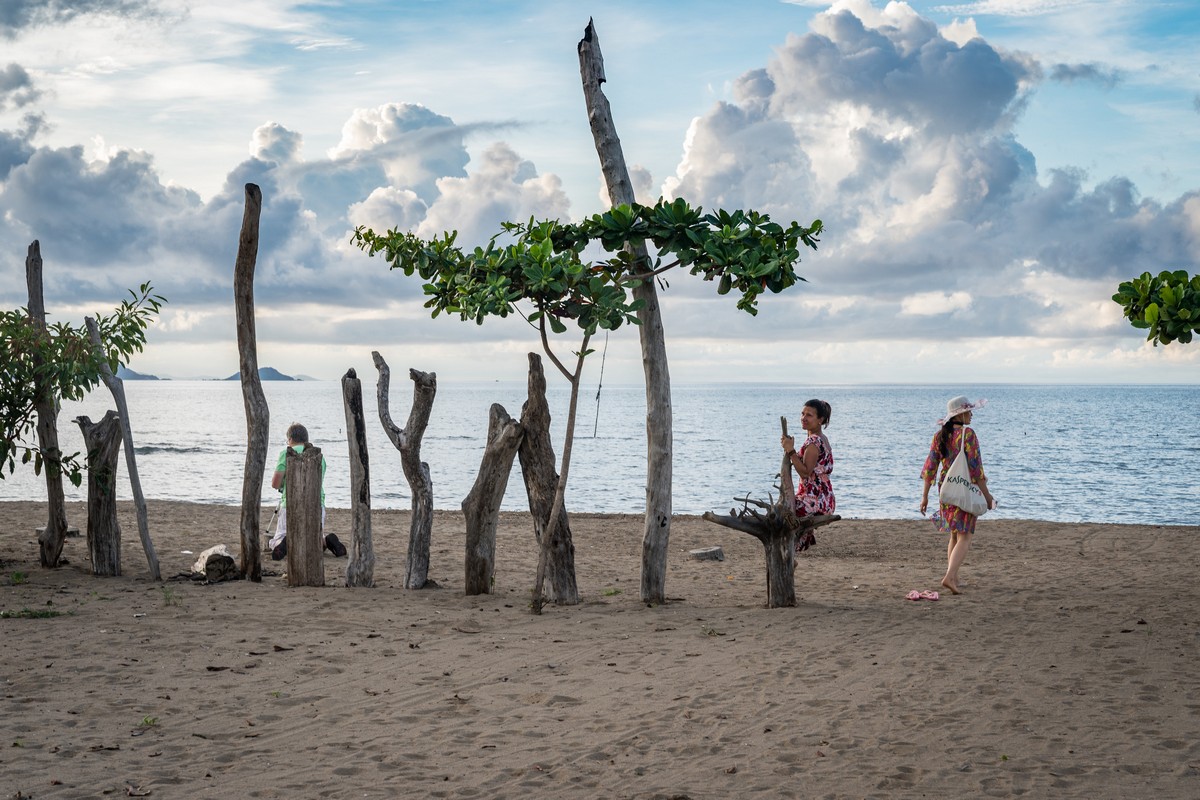 Photography time. This is D.K., btw. More of his photos coming up shortly.

Check out the doggy in the clouds!

The fly in the ointment: all the unsightly garbage strewn right along the waterline. We were back here two days later and the trash had all been cleared up, but we can’t un-remember what we saw (and snapped)… 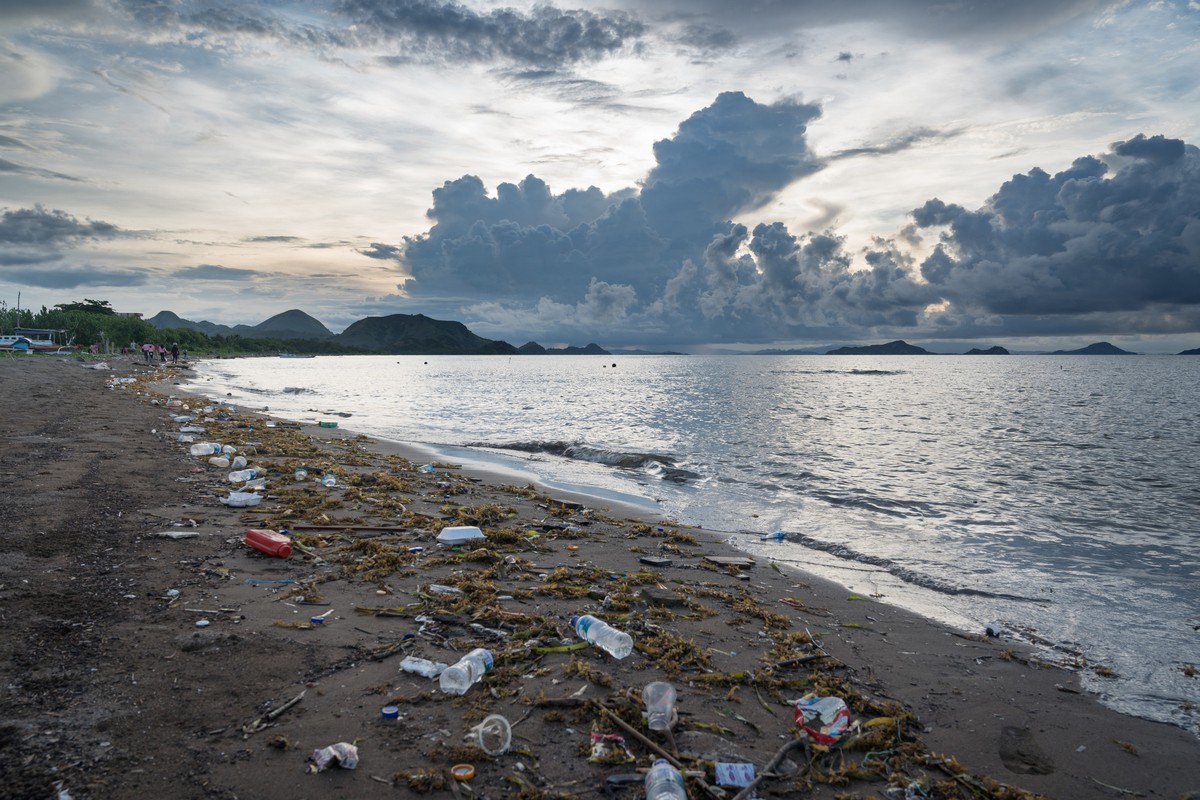 …We tilt the camera upward…

All the volcano-climbing behind us, it was time to chill out good and proper, after the brief-warm up earlier that day waiting for the airport to open. But it was going to be a bit different here, for we decided the next two days wouldn’t be hotel-based, but yacht-based!

Captain on the bridge: 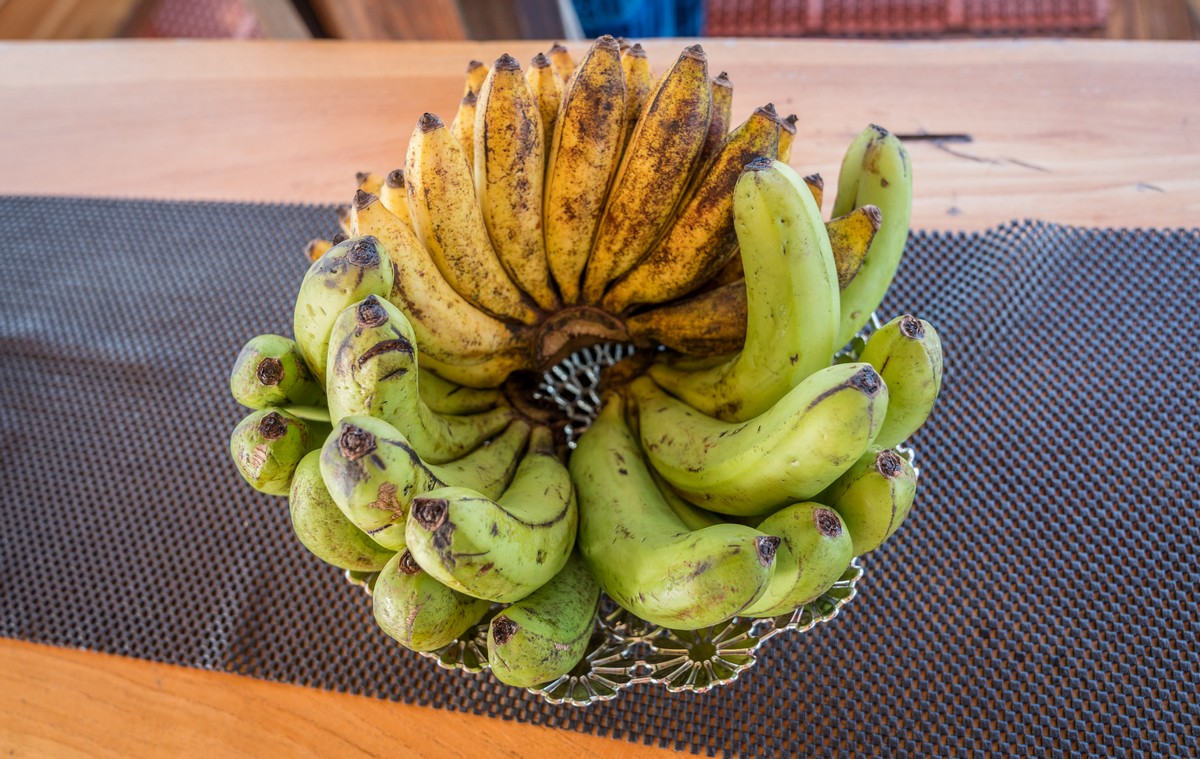 We had a go at fishing. But we didn’t catch a thing, so ‘no fish were harmed during the filming’ ). 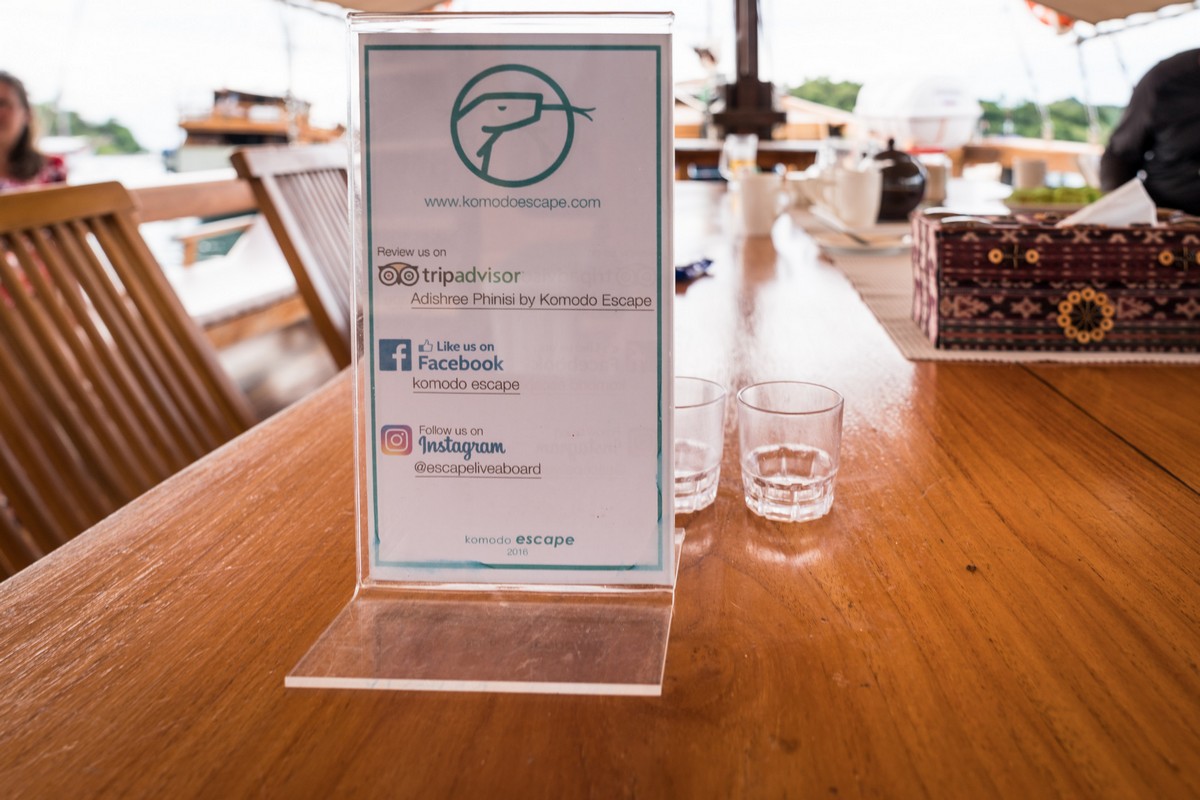 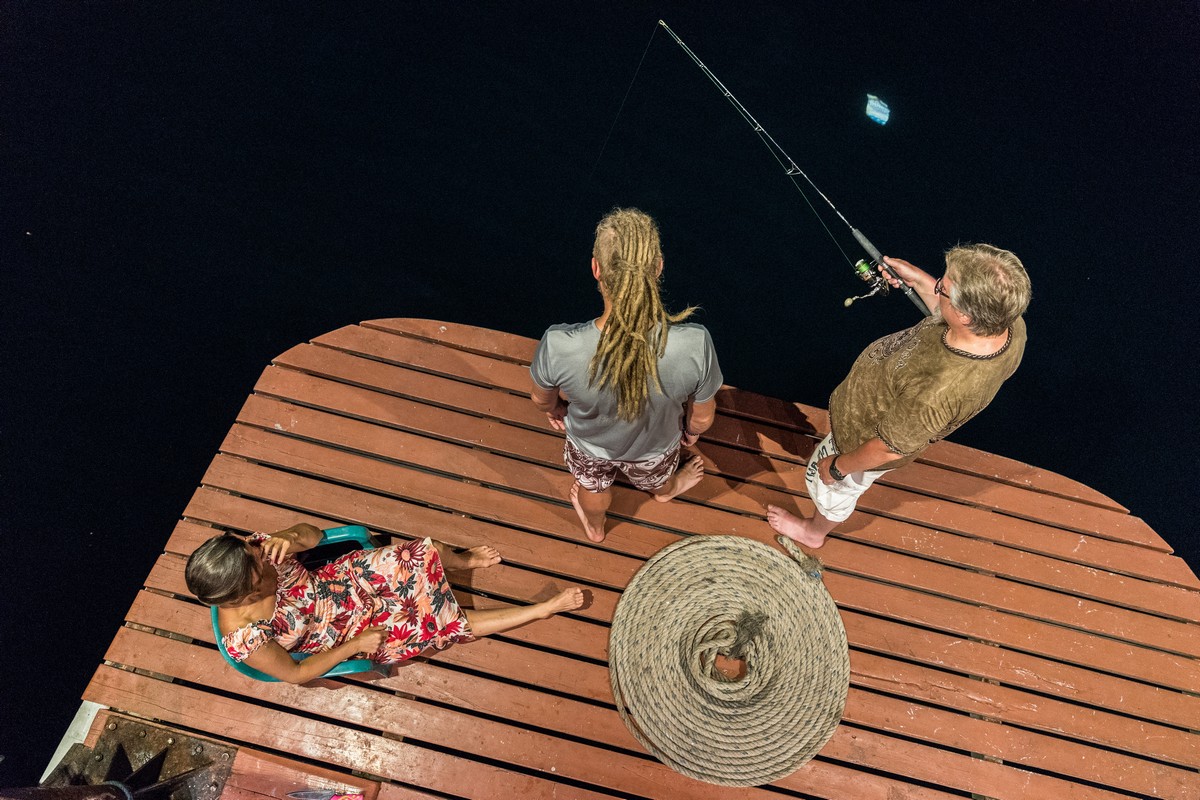 We even got some snorkeling/diving in! Check us out checking out the skate! Btw, all the underwater pics are O.R.’s; she was the only one to have an underwater camera:

The seabed was as equally fascinating as the fish:

And for dessert, our unbelievable underwater undertakings were followed by this here sensational sunset:

Red sky at night: our delight!

And that’s all folks. Actually, not quite all, but all at least for today. Back with more Indo-intrigue shortly…