For those who missed the first Indonesian installment, a brief overview of its contents:

All righty. Next up – still on Sumatra: Lake Toba.

I had real trouble finding the words to describe this place. I’ll plump for… paradisiacal!

This is a lake that’s some 900 meters above sea level and so has a real comfortable micro-climate: the air temperature is always around 20-25°C, while that of the pristine water of the lake is 25°C (we measured it ourselves). Yep: water warmer than the air! I sensed volcanism at work here, and indeed that’s just what it was: for Toba isn’t just the name of the lake, it’s also the that of the dormant supervolcano it sits in.

In short, the perfect setting for intense rest and relaxation. The views all around: oh my gorgeous; the bathing and the fishing in/on the lake: oh my great!

Being this blissfully beautiful, the lake attracts plenty of tourists, so there are plenty of hotels and bed-and-breakfasts on the shores to house them all: all very boutique; all very charming: see for yourself with these pics taken from a boat we were on that hugged same shores:

Touristy ‘traditional’ installations also line the shores of the lake featuring what are purported to be folk crafts and workshops, but these aren’t for everyone – and that includes me. I grew immune to such attractions long ago; still, a quick look round can’t harm:

Our guides told us how these here stone chairs were once used for the council meetings of the elders of the tribe: 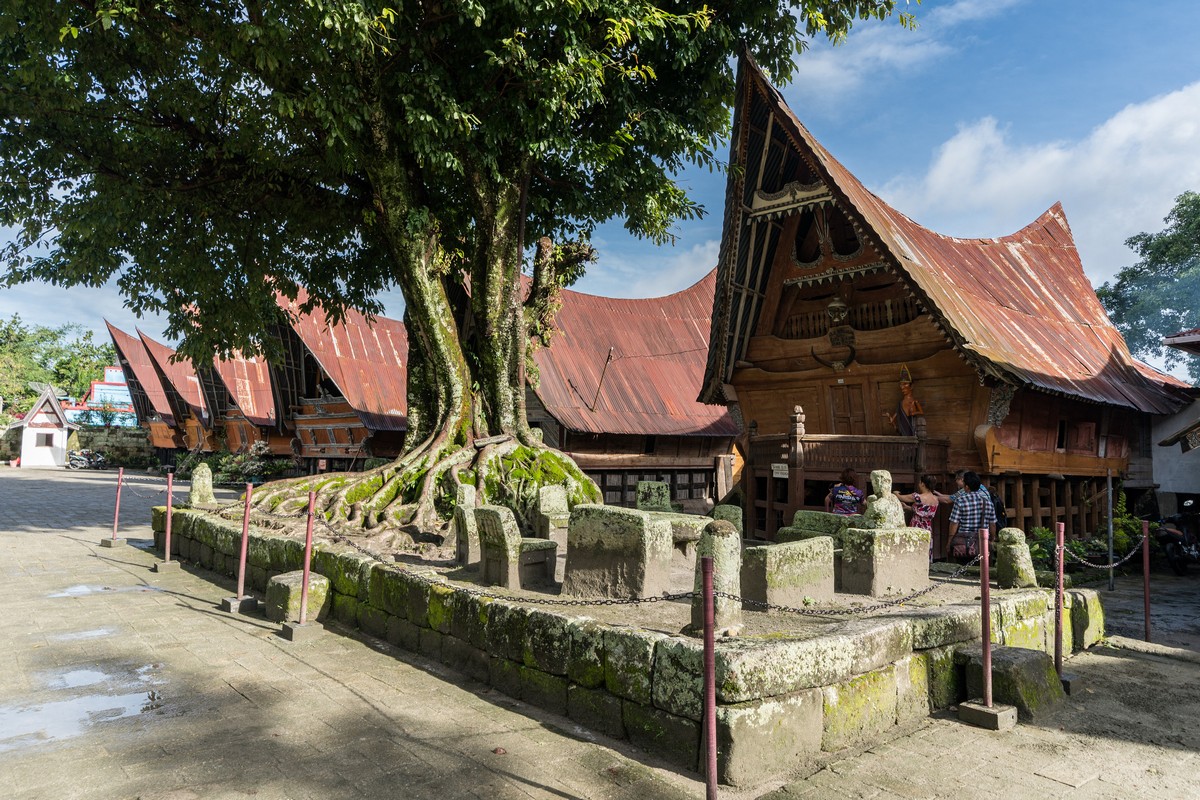 This is the jail of old – no less important an infrastructural element to the administration of the ancient settlement:

The next pic shows the setting where punishments were meted out on the condemned a very long time ago. Our guide told us how that there stone table in the middle was where guilty criminals had their arms and legs broken or were cut up into pieces. Yikes. Funny, but I’m sure I sensed a tone of regret in our guide’s voice when he was telling us all this – as if he was nostalgic for those harsher, crueler times. Probably all in my imagination. 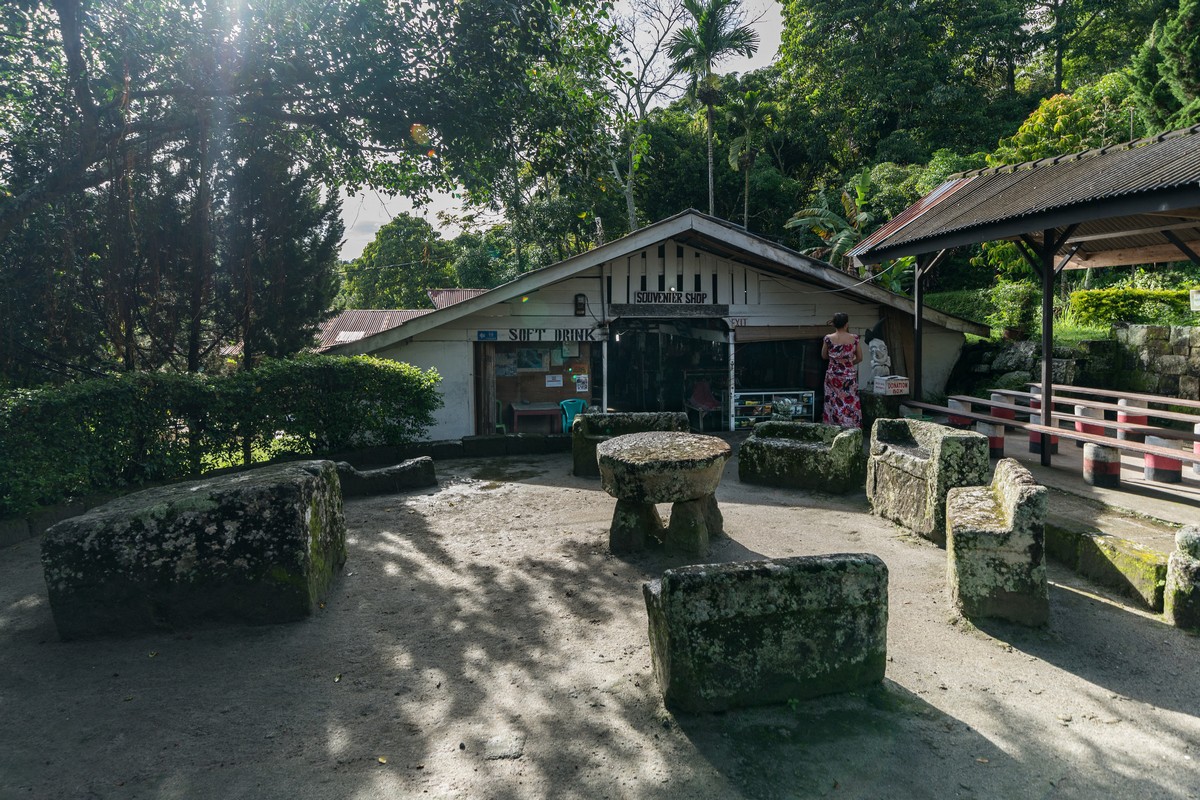 Anyway, thankfully such Game-of-Thrones-like barbarity is firmly in the distant past, while today the village is doing a good job of deftly mastering innovational means of communication to better connect with its target audience: tourists with a smartphone in their hands. And why not?

I really should have bought one of these t-shirts. It’d be fairly unique: don’t think I’ve seen anyone with one on ever. Exclusive! 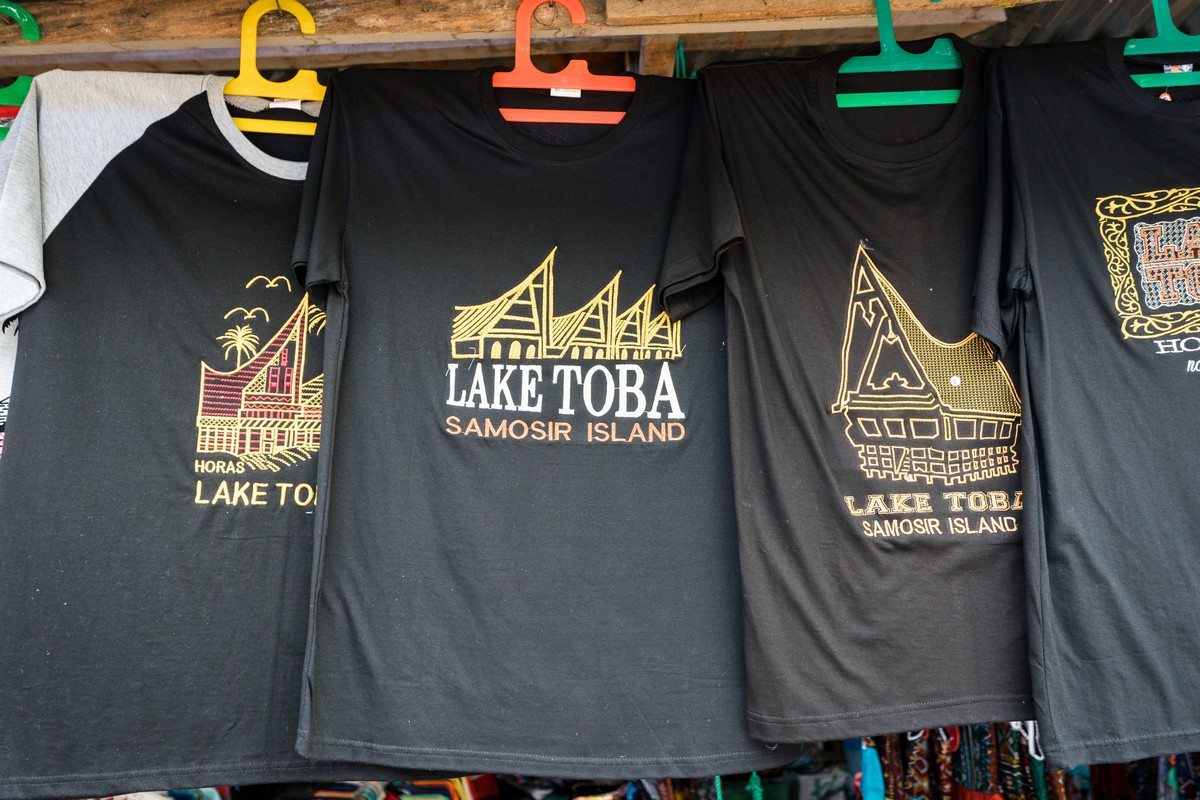 But there’s more to Lake Toba than the tourist traps that line it. There’s also its volcanic history…

Around 74,000 years ago there was no picturesque Lake Toba here but a veritable hell-on-earth. It was here the Toba volcano blow its lid – in a supervolcanic eruption, which led to a global volcanic winter lasting several years for the whole planet. Unimaginably massive quantities of ash, gigatons of sulfuric acid, and scores of elements of the periodic table were emitted into the atmosphere. And the hole that was left after said ‘top’ had been ‘blown’ measured a full 100 by 30 kilometers – yes, KILOMETERS! (Now you see why it’s called a ‘super’volcanic eruption.) And it’s in that gigantic crater that today’s Lake Toba sits, which is so large it’s easily visible from space!

It’s thought by some leading biologists and volcanologists that the Toba supervolcanic eruption led to an ecological catastrophe, which in turn led to many species being wiped out completely, and a whole load of others being almost wiped out completely – including Homo Sapiens, which suffered a population bottleneck during the volcanic winter to bring the total world population down to just 10,000-30,000, which only just managed to survive in the equatorial jungles of Africa. It’s just a theory, however; what really happened may never be found out for sure.

That’s another reason I love all things volcanoes: they’re just so important to world history! Just think: if the Toba had blown just a tad stronger, not a single homo sapiens may have survived: you wouldn’t be reading this, I wouldn’t have written it, no one would have made the device you’re reading it on, etc., etc. There’d be no species left at all (apart from dolphins and white mice, perhaps:).

But homo sapiens did endure, surviving through today to enjoy the climatic and other natural comforts of lovely Lake Toba. 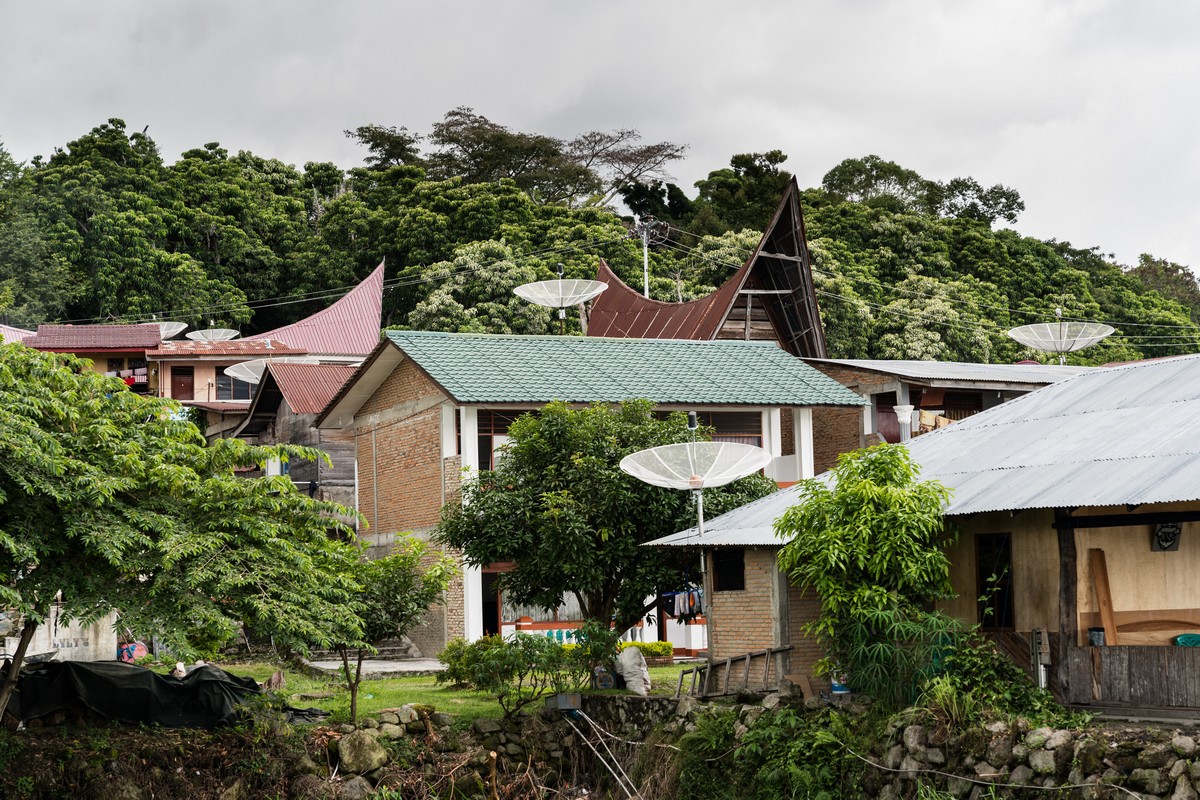 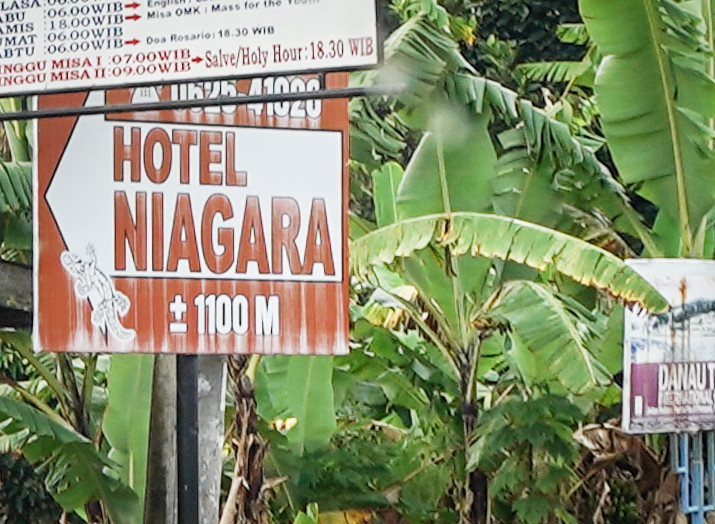 That’s all from Toba and Sumatra folks; time to head toward the live volcanoes: not ones with a caldera and lake, but those with smoking peaks. All about those in tomorrow’s post.

PS: Nearly forgot…  The Asahan River flows from Lake Toba, and by the looks of it rafting is popular thereupon. Next time: must use alternative – water-based – methods of transportation: anything to avoid the bus ride!