Iguazu aficionados argue over which views of the Falls are best – those from Argentina or those from Brazil. Well don’t listen to them, for the views are completely different animals! Cascading white curtains from one side, and tremendously powerful torrents from the other. Two entirely different impressions. However! It is true that on the Argentinian side there are a lot more possibilities for walking + gawping at the falls.

To get to the main waterfall – Devil’s Throat! – it’s a most pleasant stroll along an elevated footpath that goes around a kilometer out across the water (and which is also visible on satellite maps): 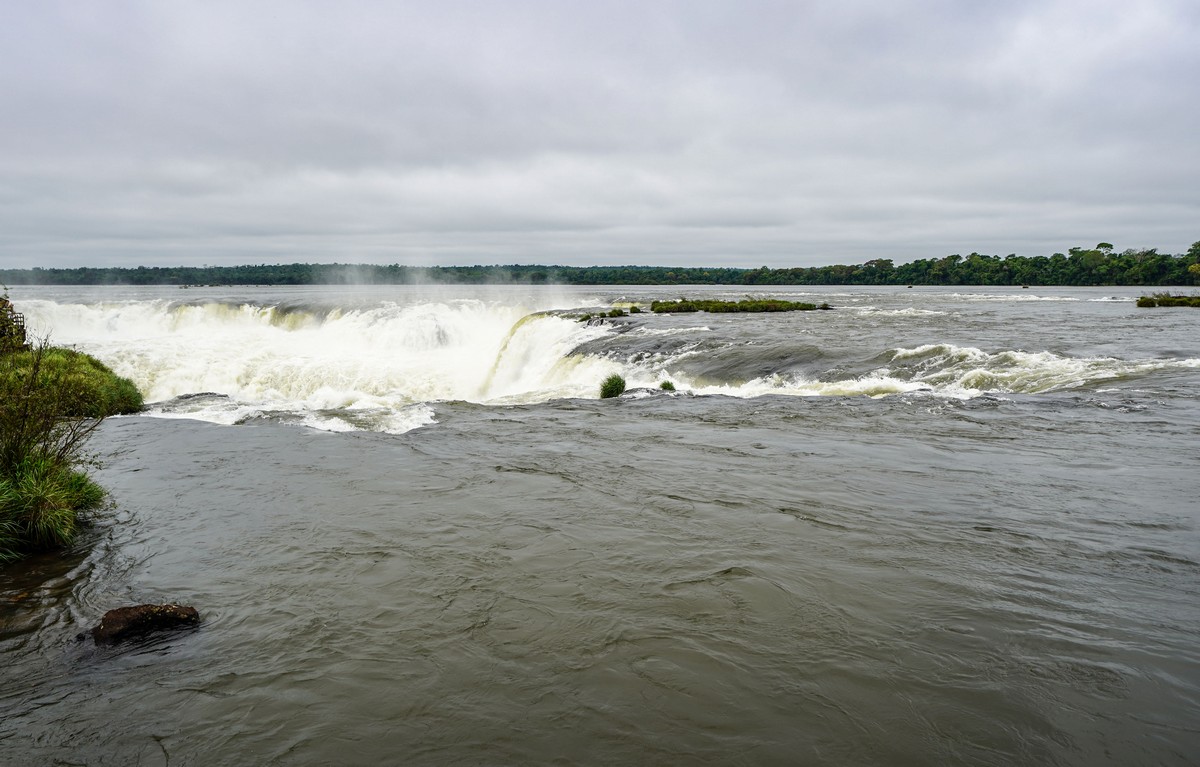 It gets pretty crowded here on weekends, but it’s bearable. 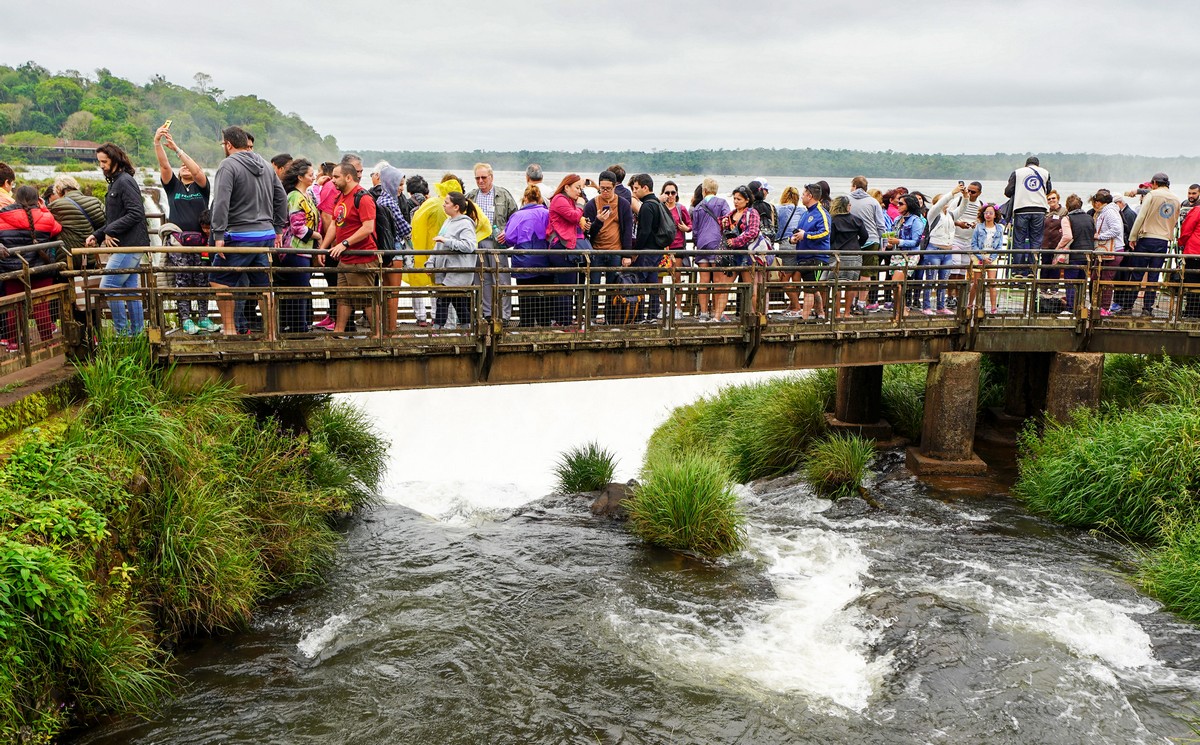 It’s still totally worth it!

A flock of birds flies about down below in among all the mist. I thought maybe they’d taken a wrong turn and not realized the danger of such powerful falling water. Wrong I was; turns out they actually have their nests on the cliff face behind the falls! Oh my gosh! 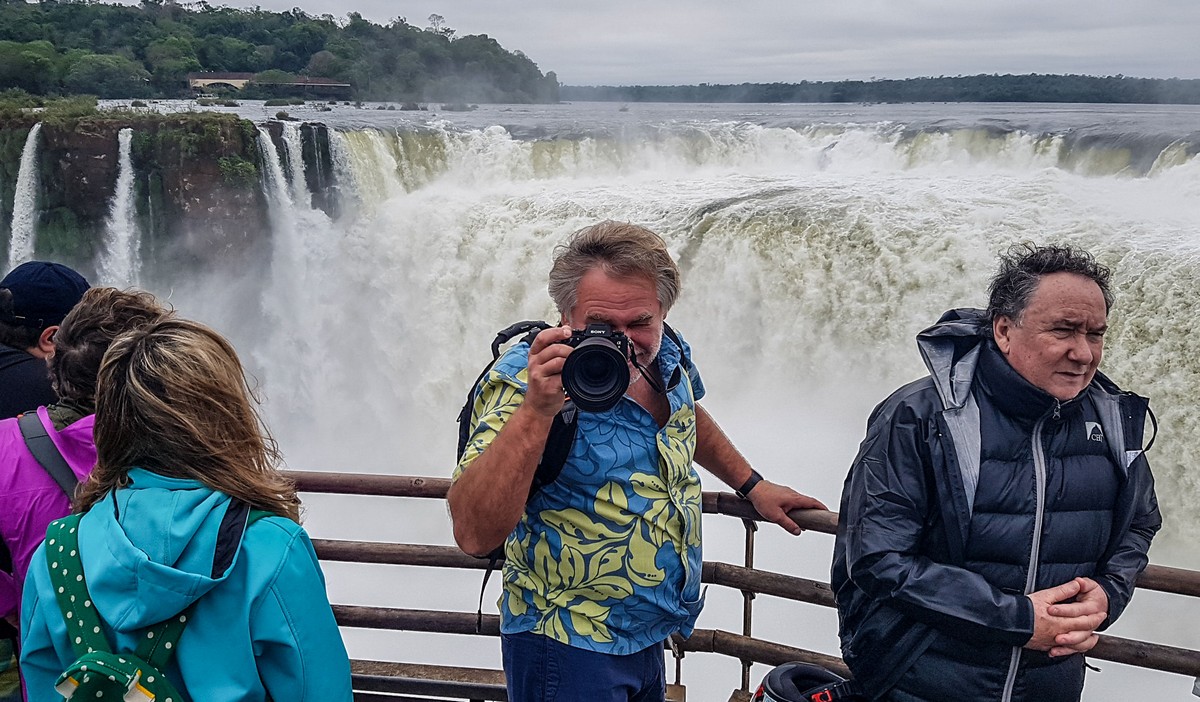 Oh my gush! These falls up close are nothing short of hypnotic. You could stare at them for hours. What more can I say? Nothing. Let the pics talk…

A couple GIFs (sorry for the traffic):

Btw, at the Itaipu Dam we were told that all the water from the falls would have the capacity to feed only two of its generators (as confirmed by Wikipedia). Eh? Wow. That really does put the phenomenal power of Itaipu into perspective.

These fish (catfish) somehow know to keep away from the edge. I wonder how… 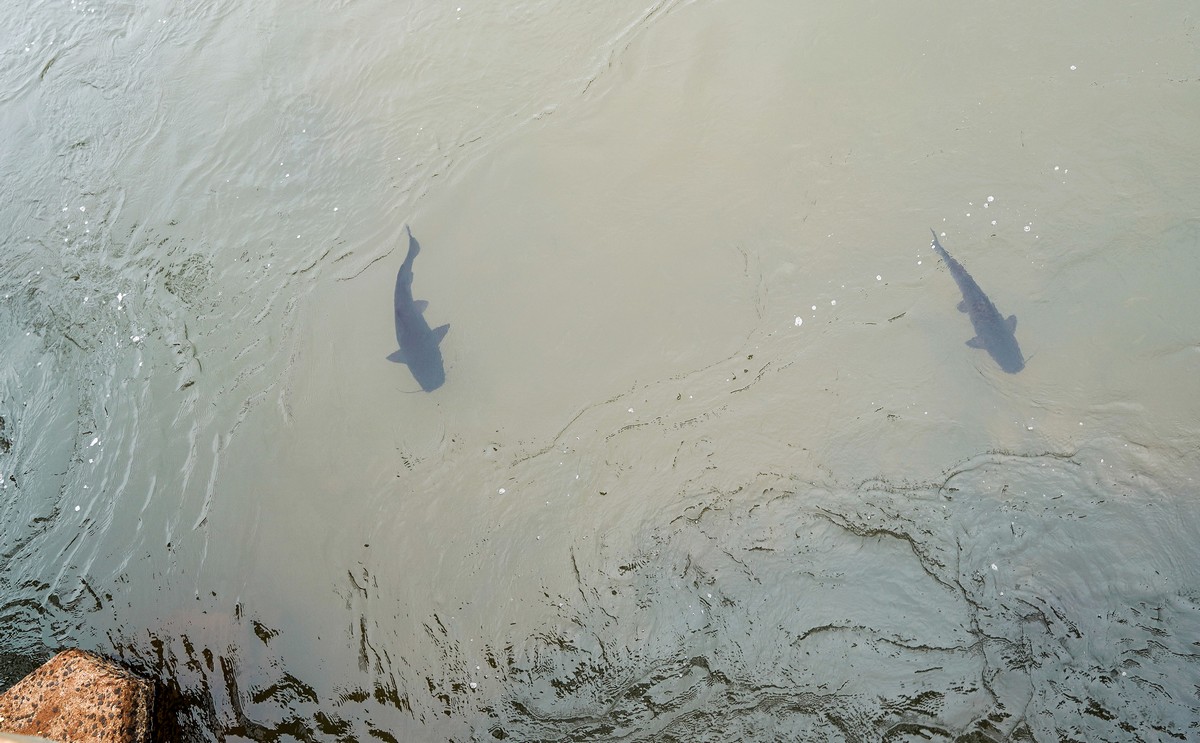 The Argentinian side of the falls turns out to be rather extensive. There are upper and lower paths to view the different parts of the cascade. 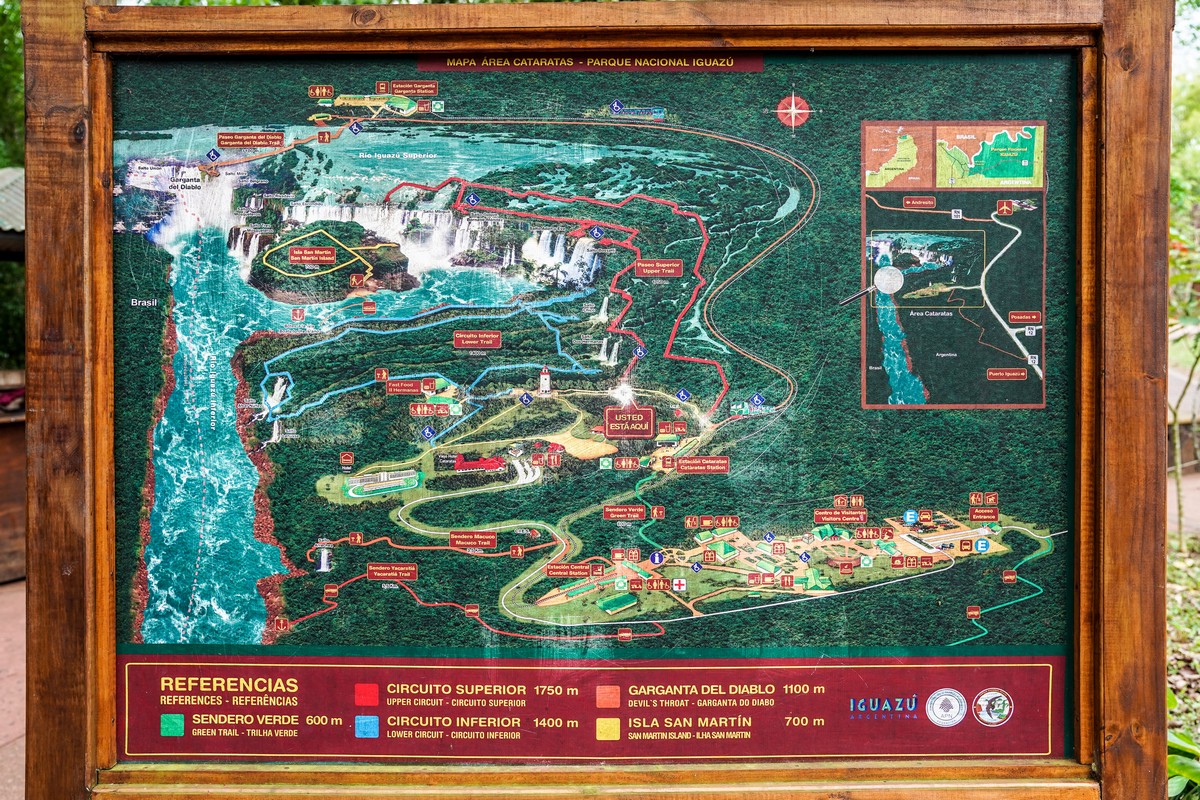 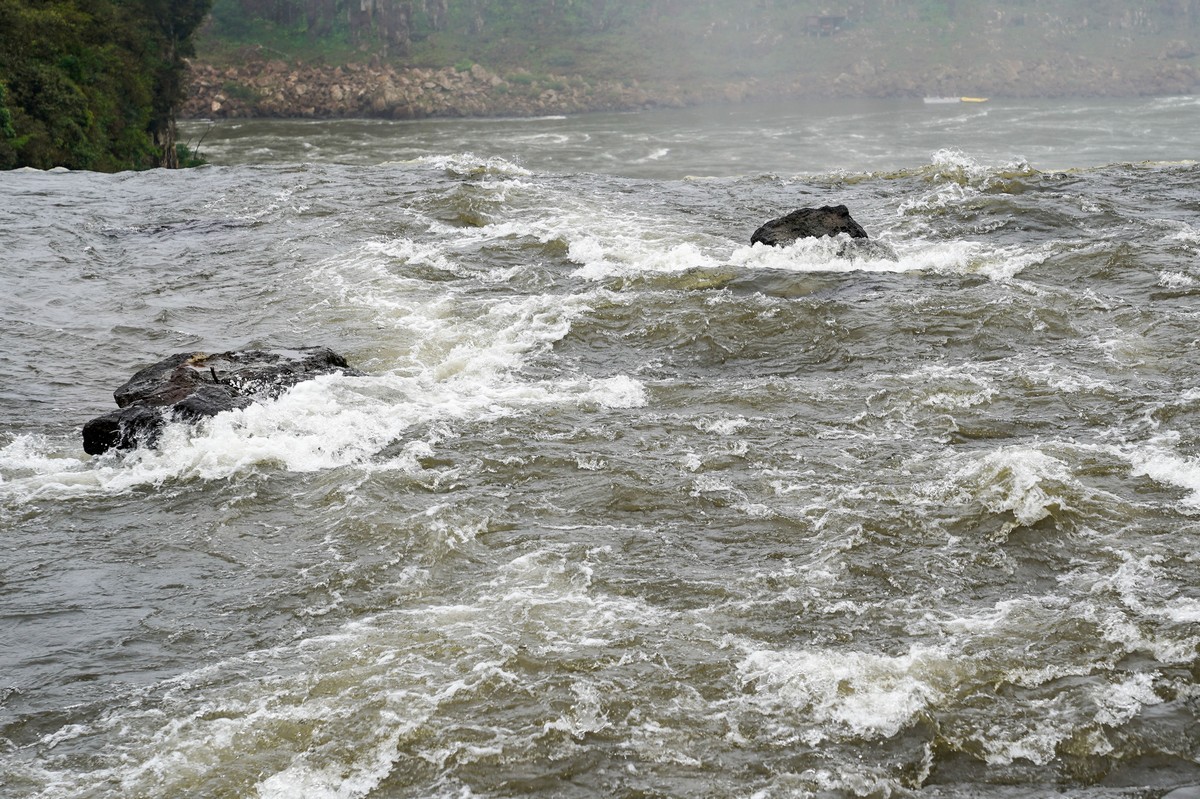 Here you can see both the upper and lower paths: 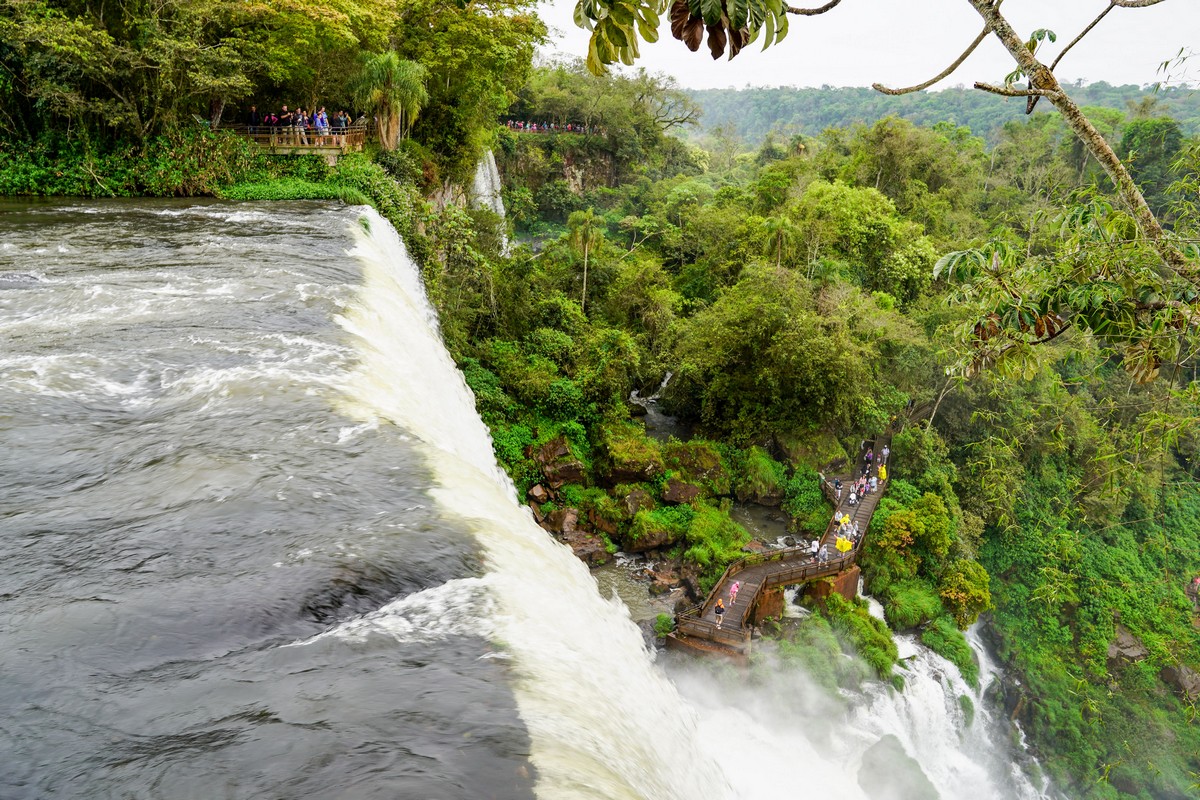 There’s our hotel peeping through the forest – top left:

Once again crazy thoughts of rafting entered my mind…

PS: You can get to the other country’s Iguazu experience via a bridge. You need to pass twice through passport control – one for each country, but this is mostly a mere formality. It takes up a whole page of your passport with stamps, mind, as I’ve already mentioned. One thing to avoid here is timing things so that you need to get from Brazil to Argentina on a Sunday evening. Argentinians flock to Paraguay’s duty-free city of Ciudad del Este (mentioned in a previous post) via Brazil of a weekend, so come Sunday evening – yep, they all flock back = long lines of traffic: best avoided, naturally.

All right folks, that’s all for today. But I’ll be back tomorrow – with my final installment from Iguazu!…