My business schedule for this fall looks like it’ll be a full one, as usual. So it’s time to warm up before the long slog so as to ease into it gently and in high spirits… First up – a spot of the industrial…

I’ve shown you pics of the iron-and-steel industry before here – from the Novolipetsk Steel Plant. But today you’re getting photos from another of KL’s respected customers… 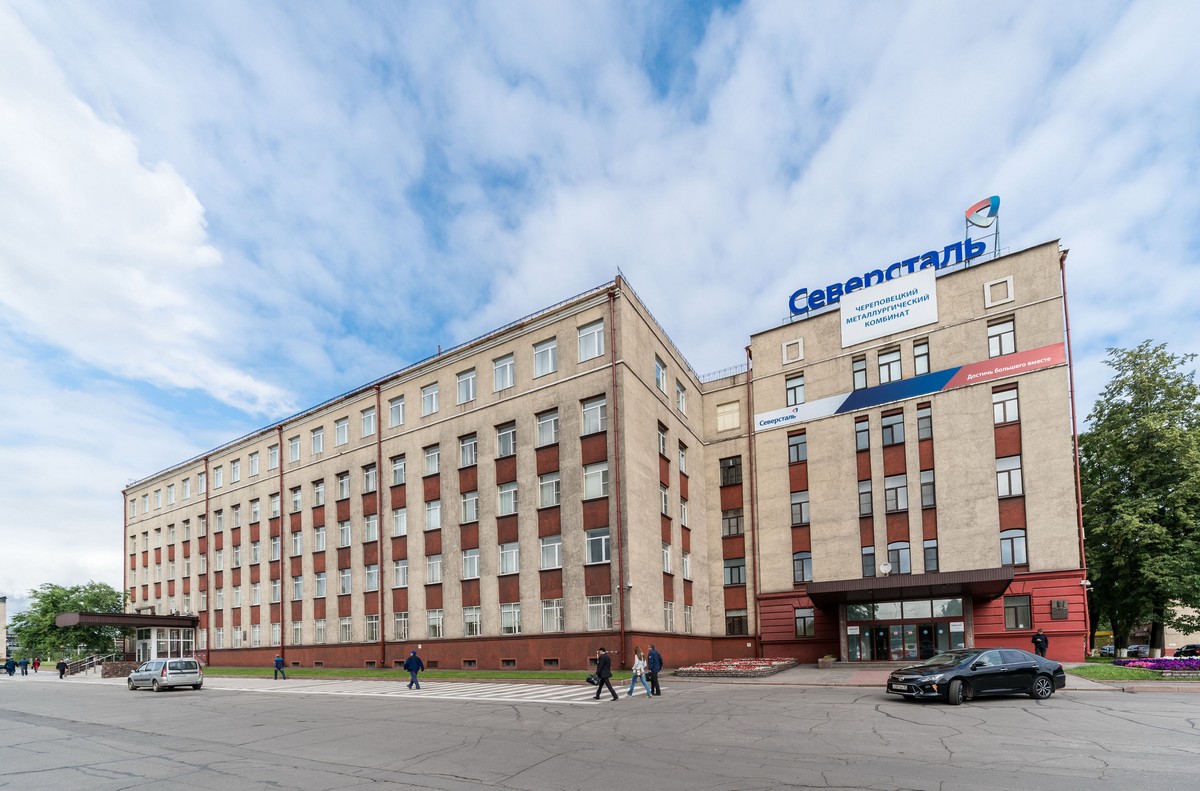 Severstal! You no doubt will not have visited the city of Cherepovets :) or the Severstal steel mill here… but that’s just fine: I’ll be showing you around the latter in this here post – from where they turn ore (actually – agglomerate) into crude iron… 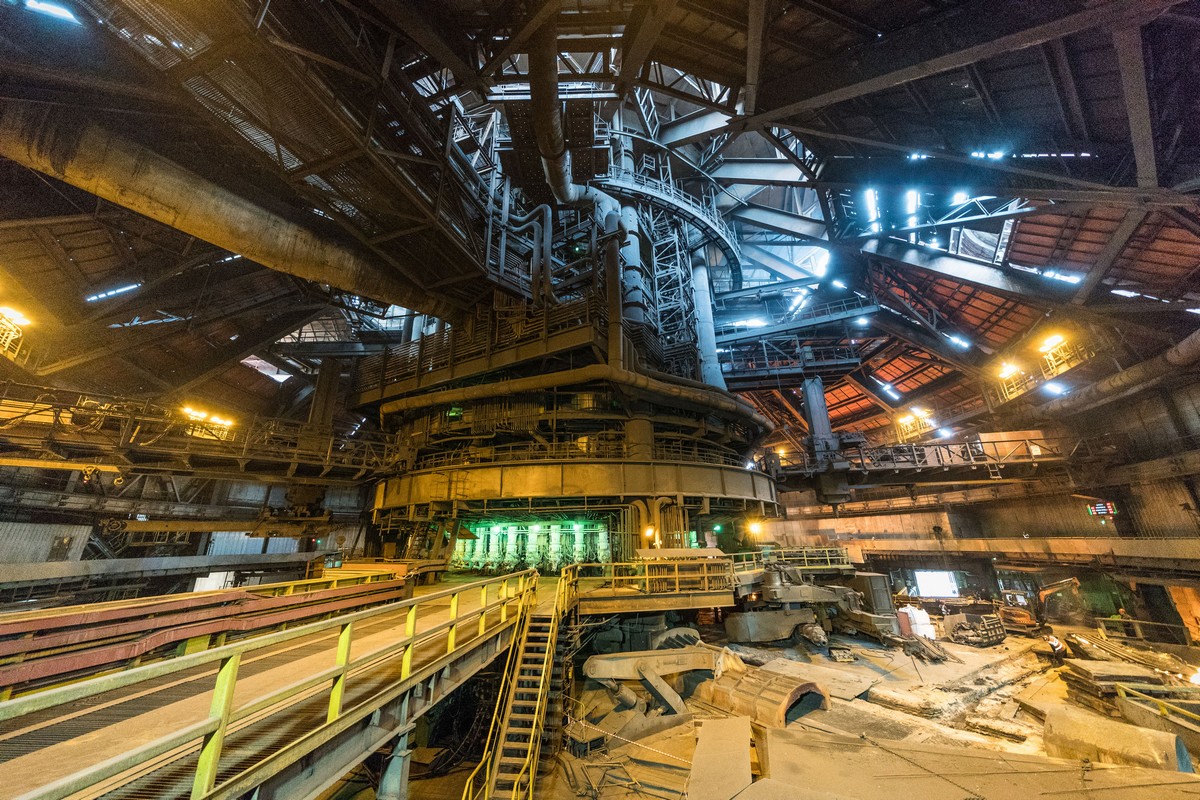 Which then gets delivered to a converter plant: 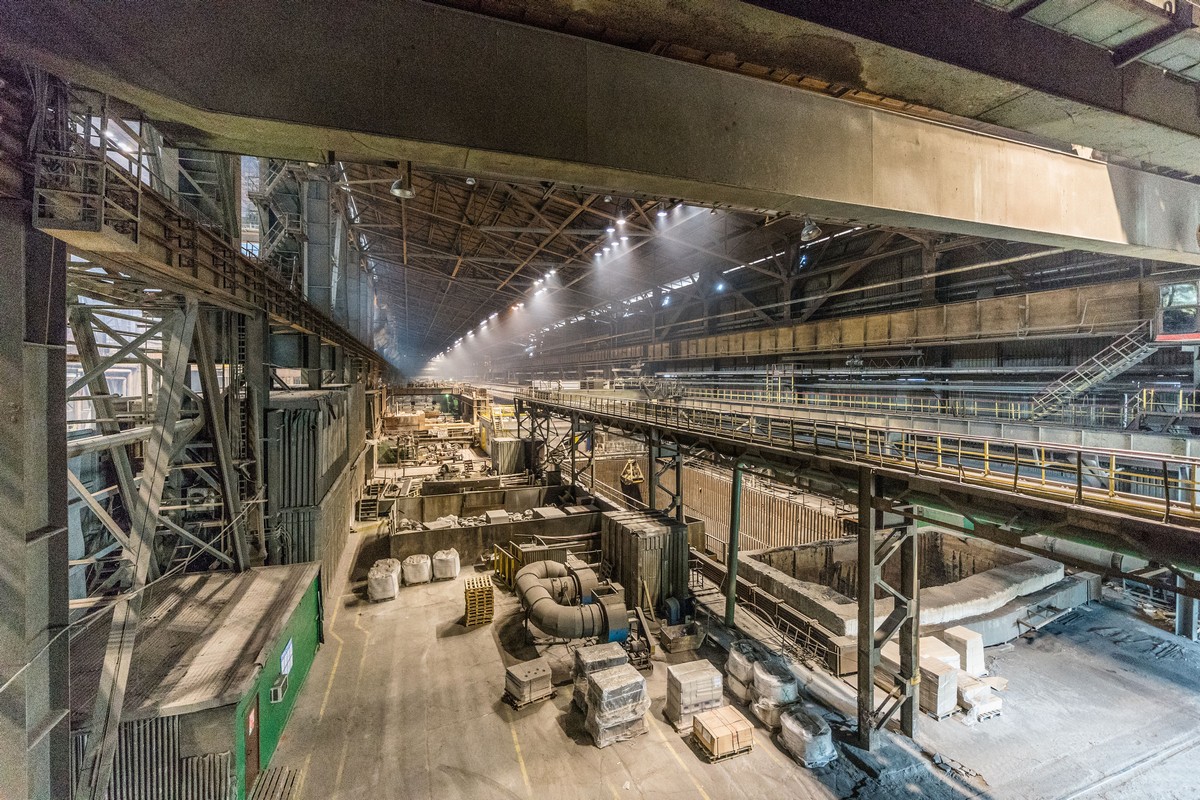 And they smelt steel: 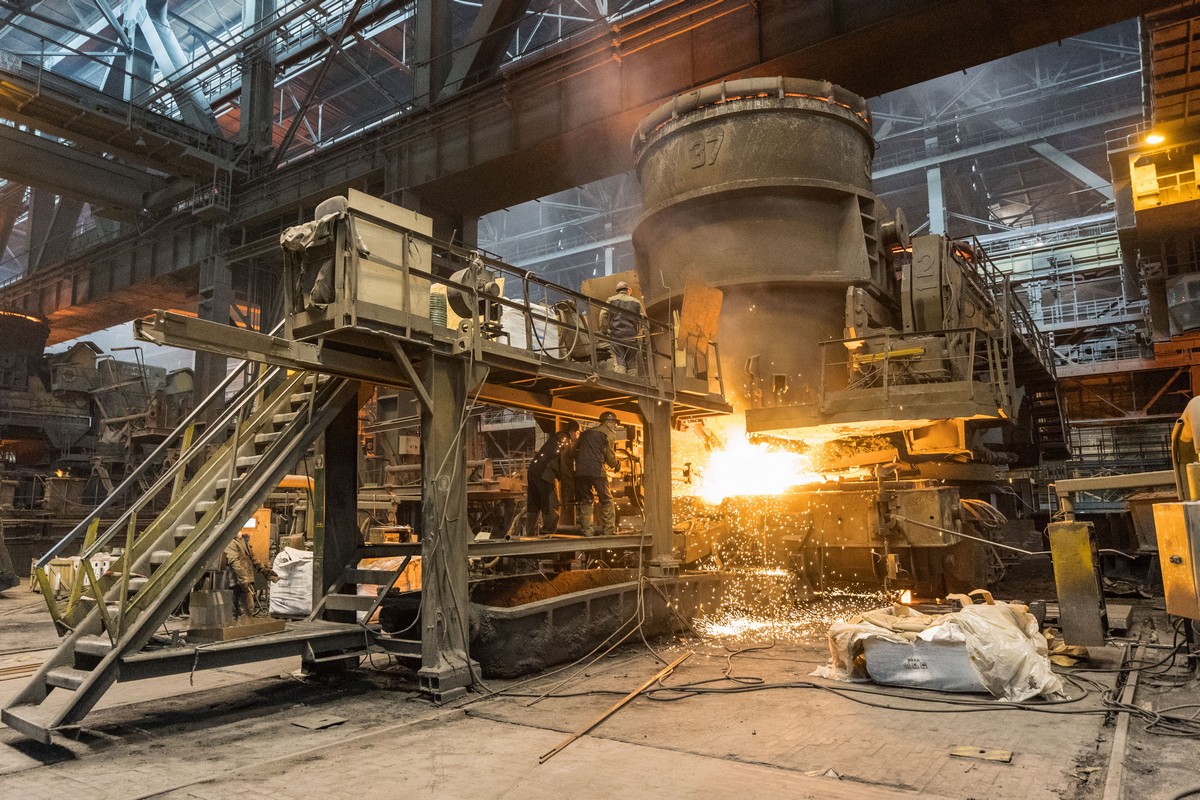 Cut it into slabs: 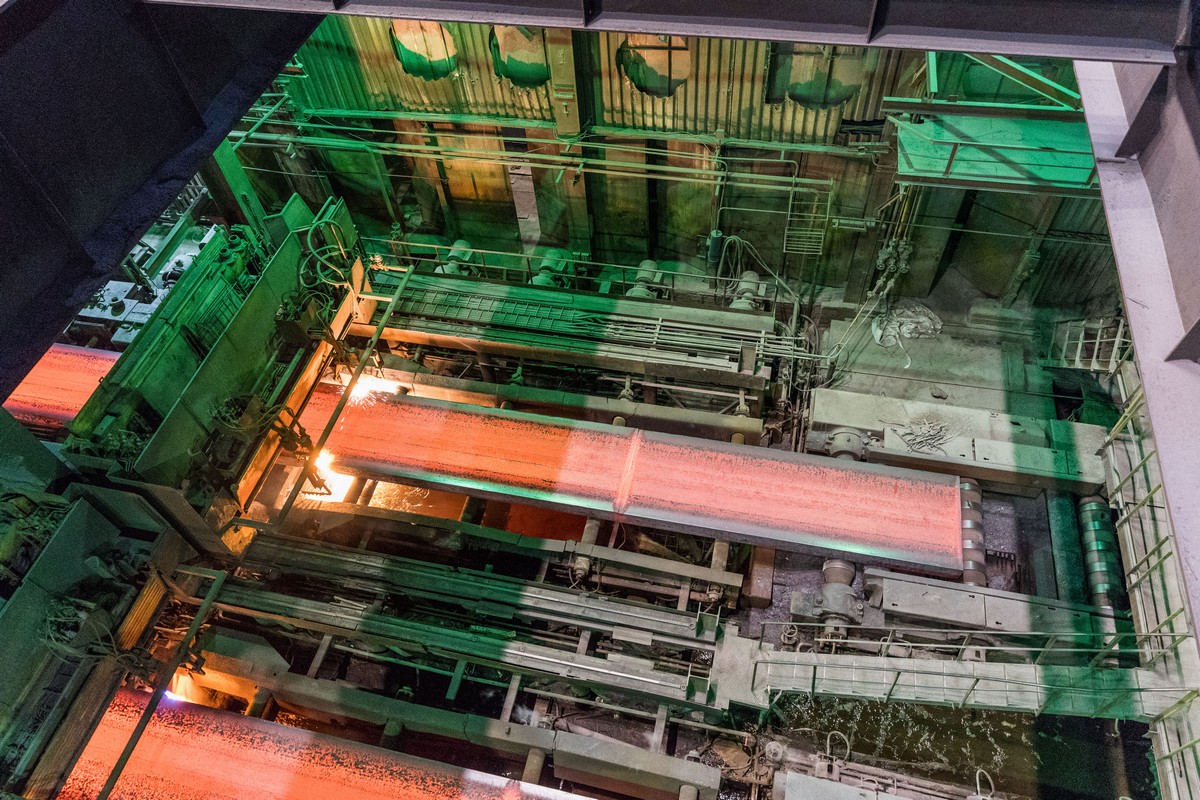 And send it on a hot rolling mill: 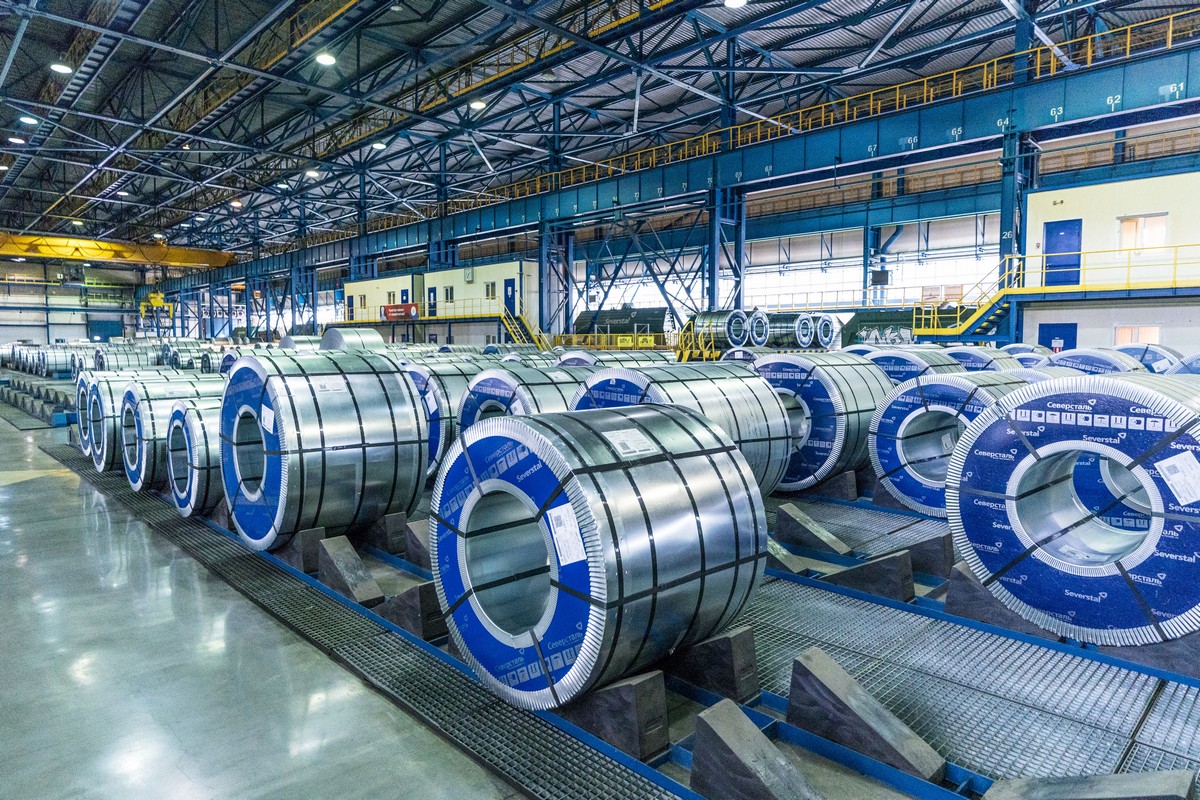 Galvanize it and roll it up into rolls: 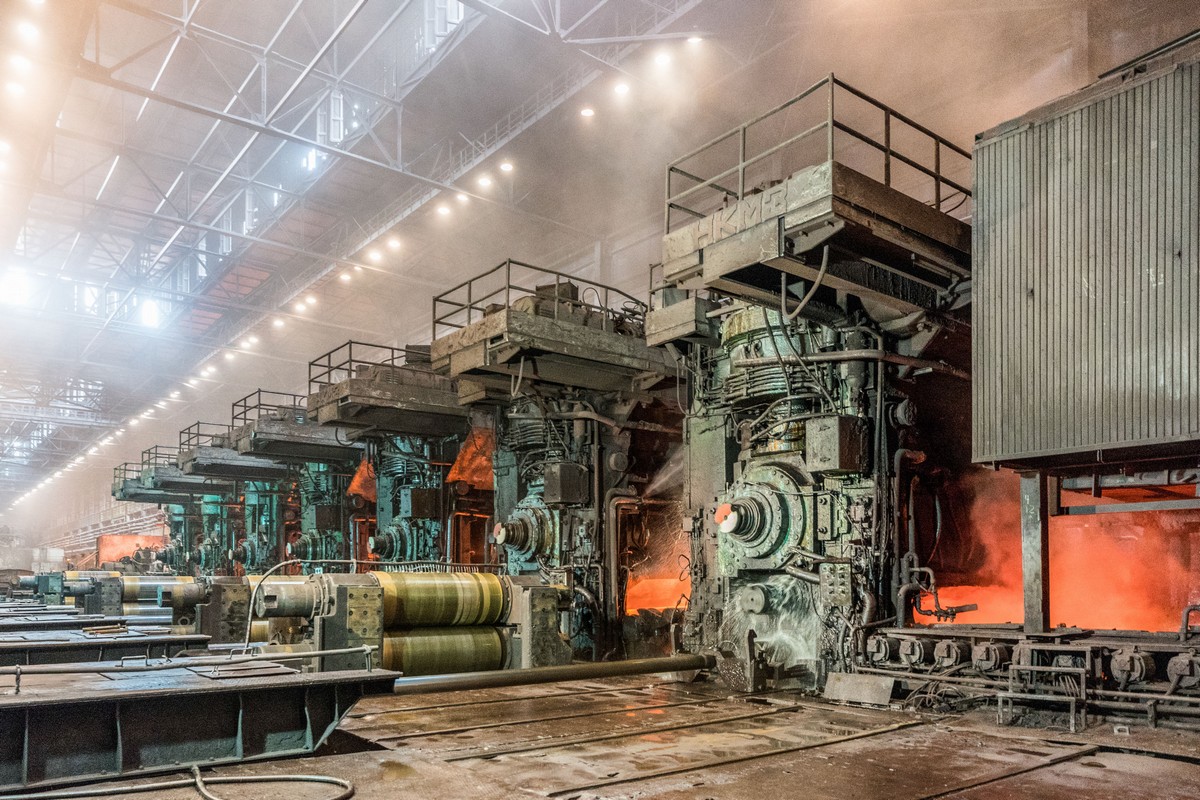 There’s plenty of detail on how they make steel these days on the internet, if you’re interested. But here I’ll just quickly run over our excursion covering the main points to satisfy the curiosity of the layman…

Here in Cherepovets stands one of the largest blast furnaces in the world – called Severyanka. When it was built it was the largest in the world, but then the Chinese overtook it, then the Koreans. Severyanka is still the largest in Europe, but it looks like it’ll be the world-beater again as some modernization and capital repairs are on the cards shortly…

The furnace is unique in that it’s round (as our hospitable host informed us), pours a lot – and pours it constantly. What was interesting to us – IT security folks – was the fact that it’s being modernized constantly: the number of personnel running it is always falling, while its digitization is always on the up. Yep – that’s why we were here. 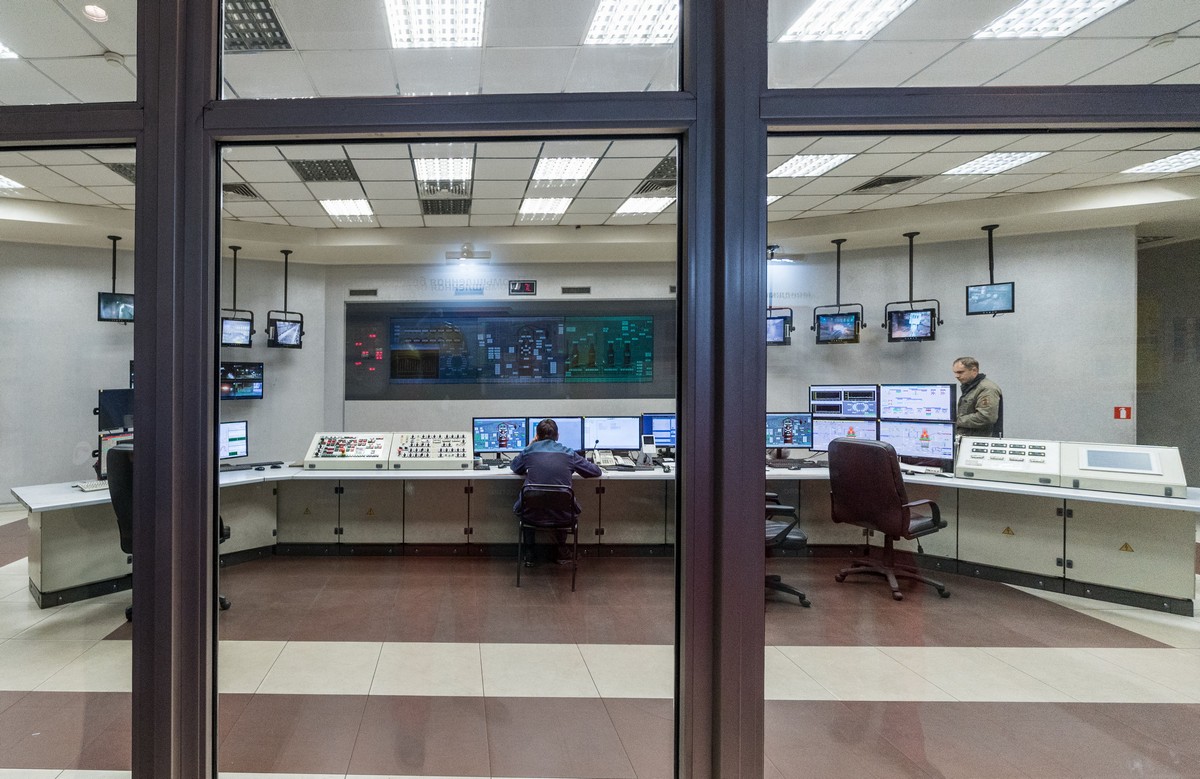 Quality management: “Defective goods – they’re like a boomerang which comes back to the world that surrounds you”: 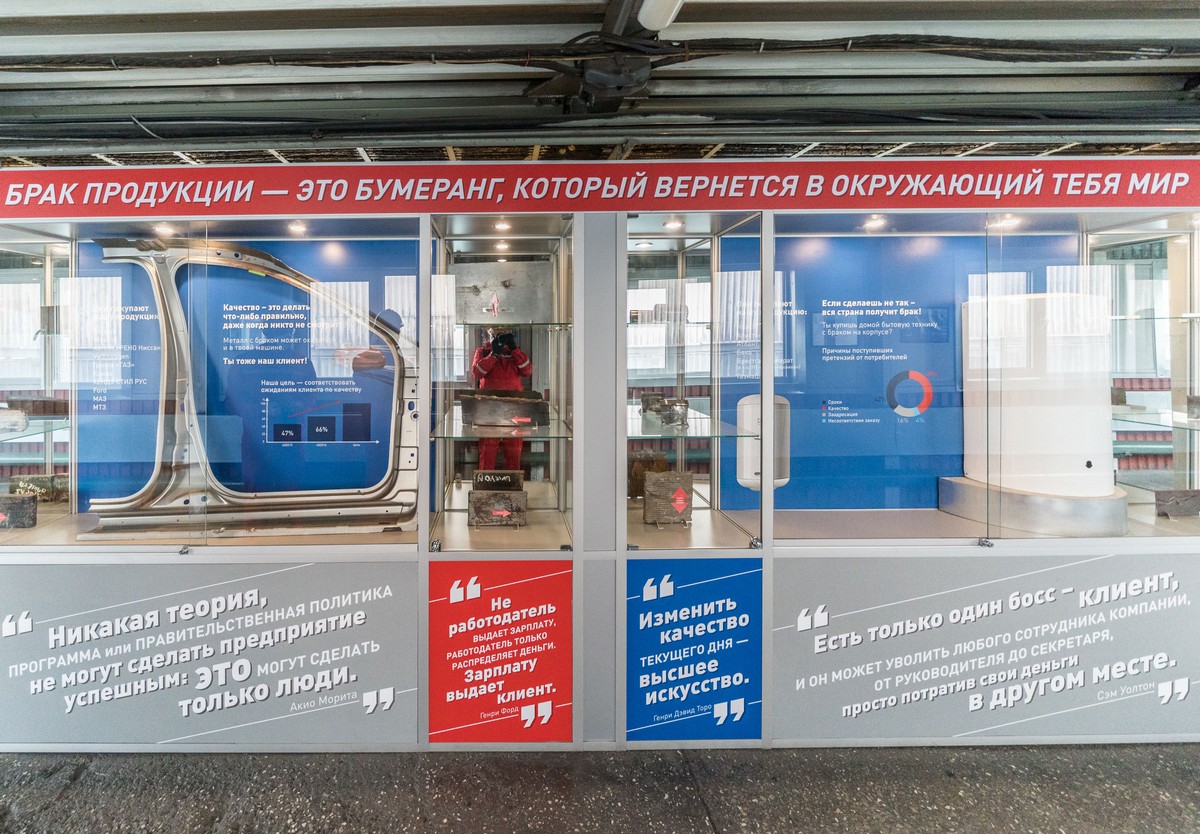 So… We’ve gotten the crude iron, poured it into huge special ladles, and carried it by rail to the converter plant. Alas, visiting tourists don’t get to see the iron being poured: far too hot, far too much molten liquid (lakes of the stuff), and all of it covered up completely by heavy-duty metallurgical kit to keep everything and everyone safe. But all the goings-on in the converter plant are conveniently fully viewable.

Ore is loaded into this here ladle; then crude iron is added; then assorted chemical herbs and spices are added; then oxygen gets blown through it – to burn out the carbon and other unnecessary elements from the metal.

Then the liquid steel is poured into special receptacles: 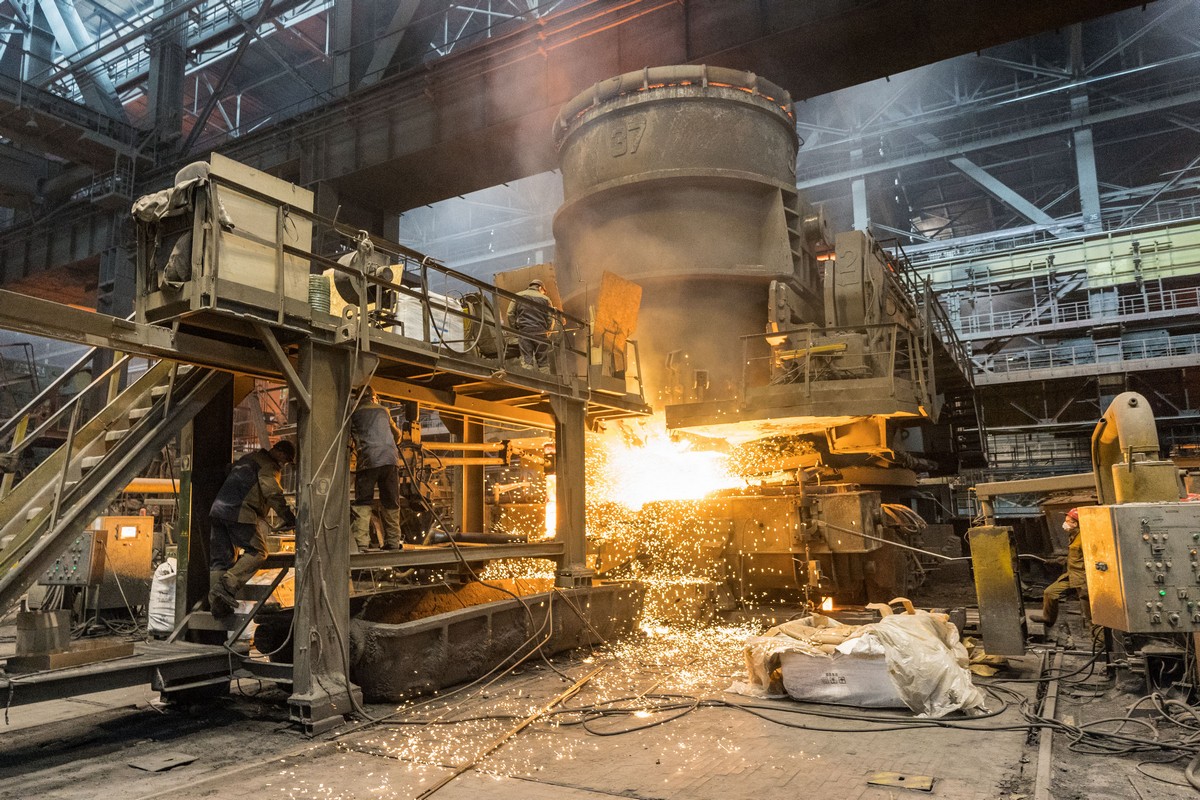 Oh my grandiose! So bright, so massive – the pics don’t really capture that…

Next the metal is cooled and solidified and propelled under a torch-cutting aggregate which (in the photo) cuts the metal into slabs. 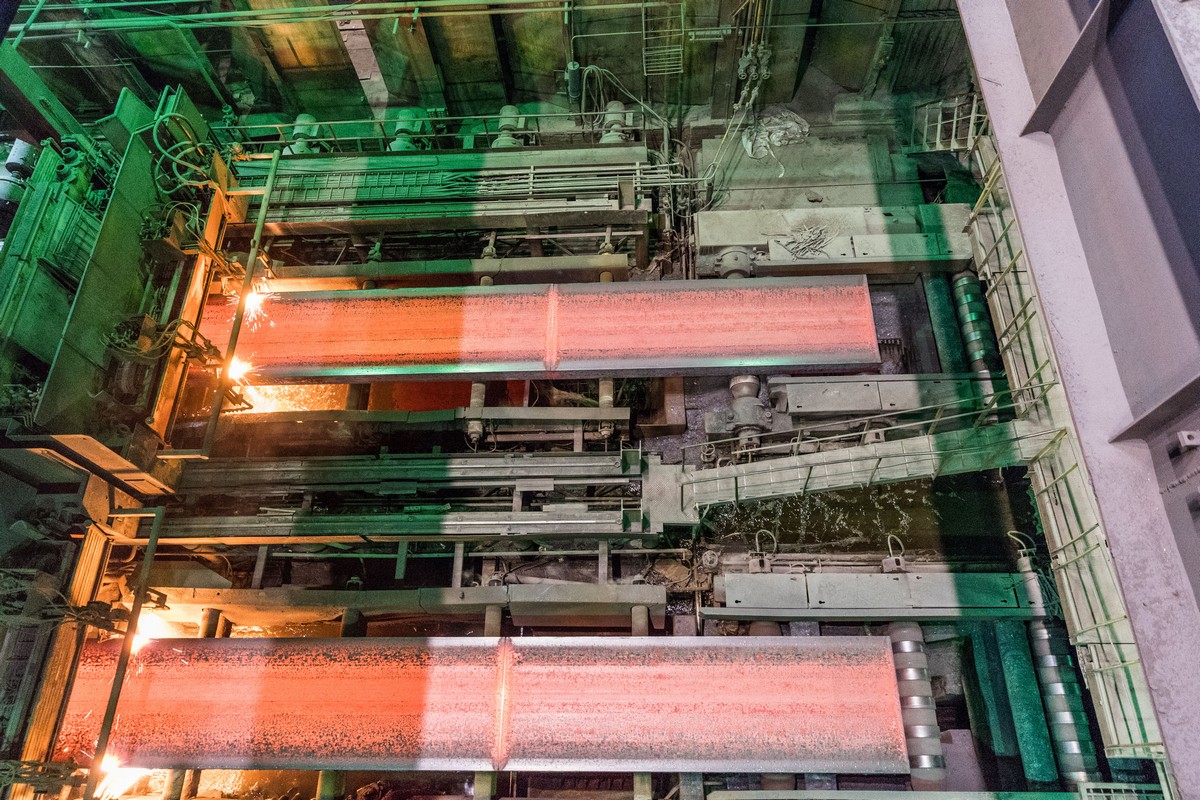 The slabs are nudged onto a rolling mill, and the red-hot metal is sent off on the next leg of its manufacturing expedition. 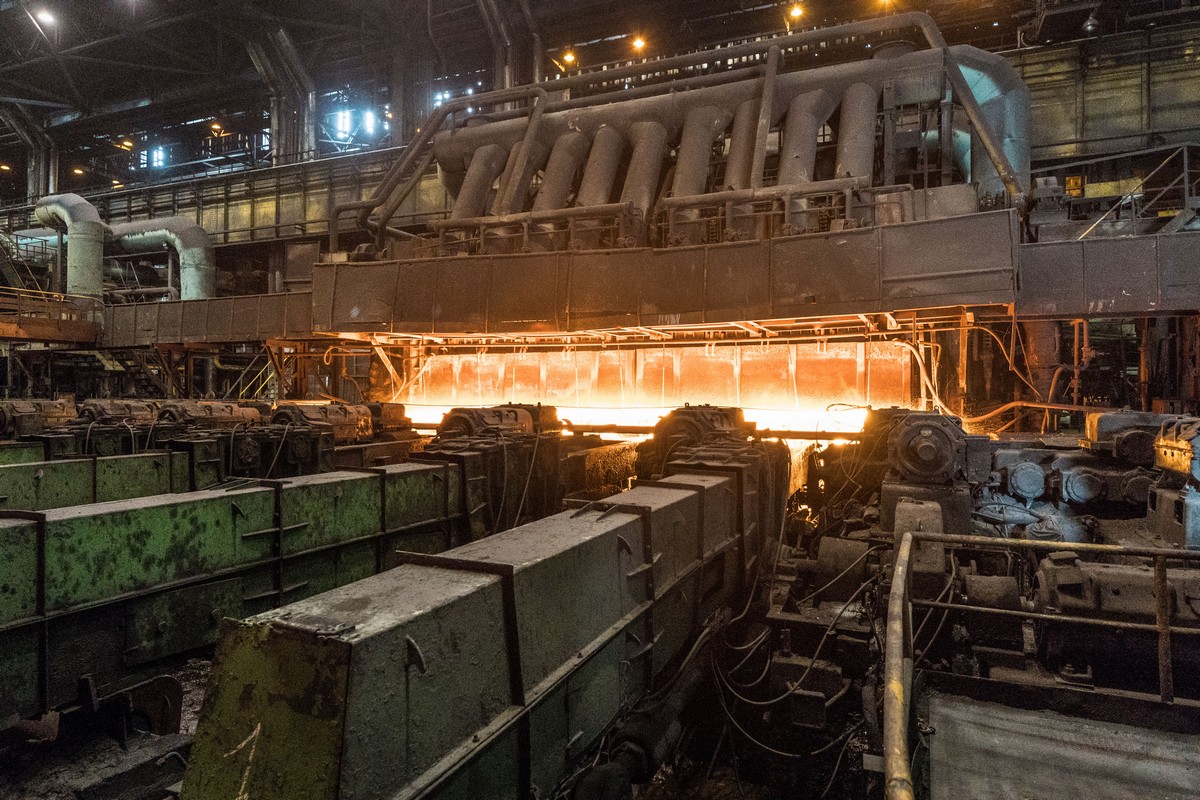 The plant is around a kilometer in length. The slabs start their journey at a snail’s pace, then they up the tempo as they get to these here presses which pound them until they’re eventually thin sheets – much like dough being flattened with a rolling pin. 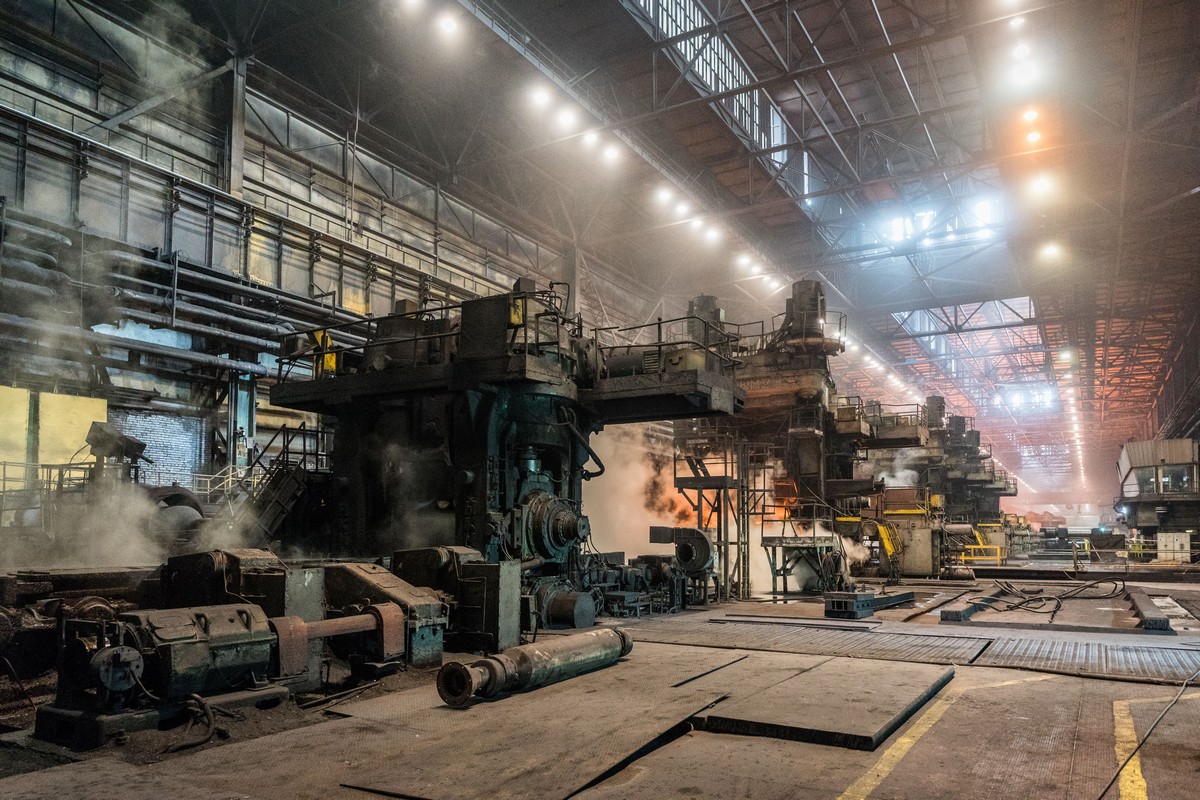 Toward the end of their journey the thin sheets get up to a speed of 15-20 meters a second.

All along the conveyor the metal is cooled with water. It’s a hypnotic sight to behold: drops of water skimming across the scorching metal. 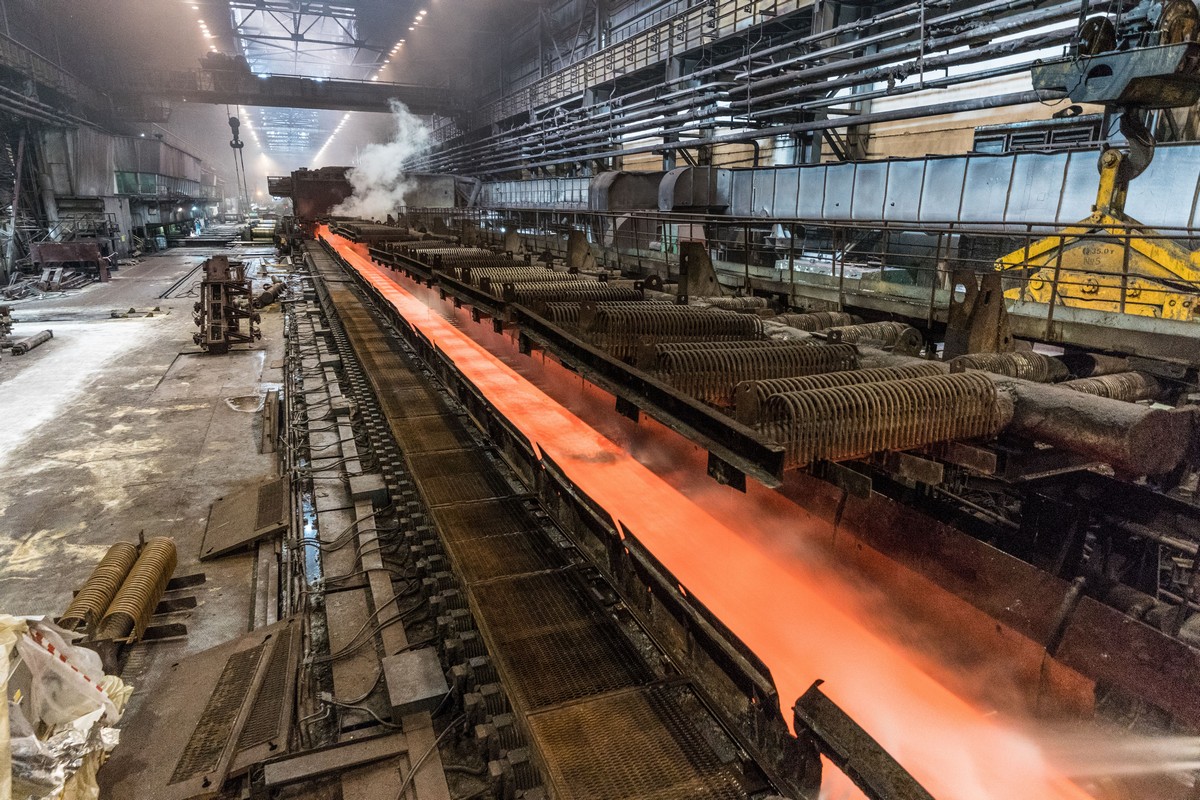 At the end the sheets are rolled up, bound, and placed onto a conveyor.

Some of the rolls are shipped off as they are; others are sent to the workshop next door for (zinc) galvanizing. Strips fly at a ferocious speed, get zinc plated, come back and get rolled up again – all automatically.

The first ever Severgal roll: 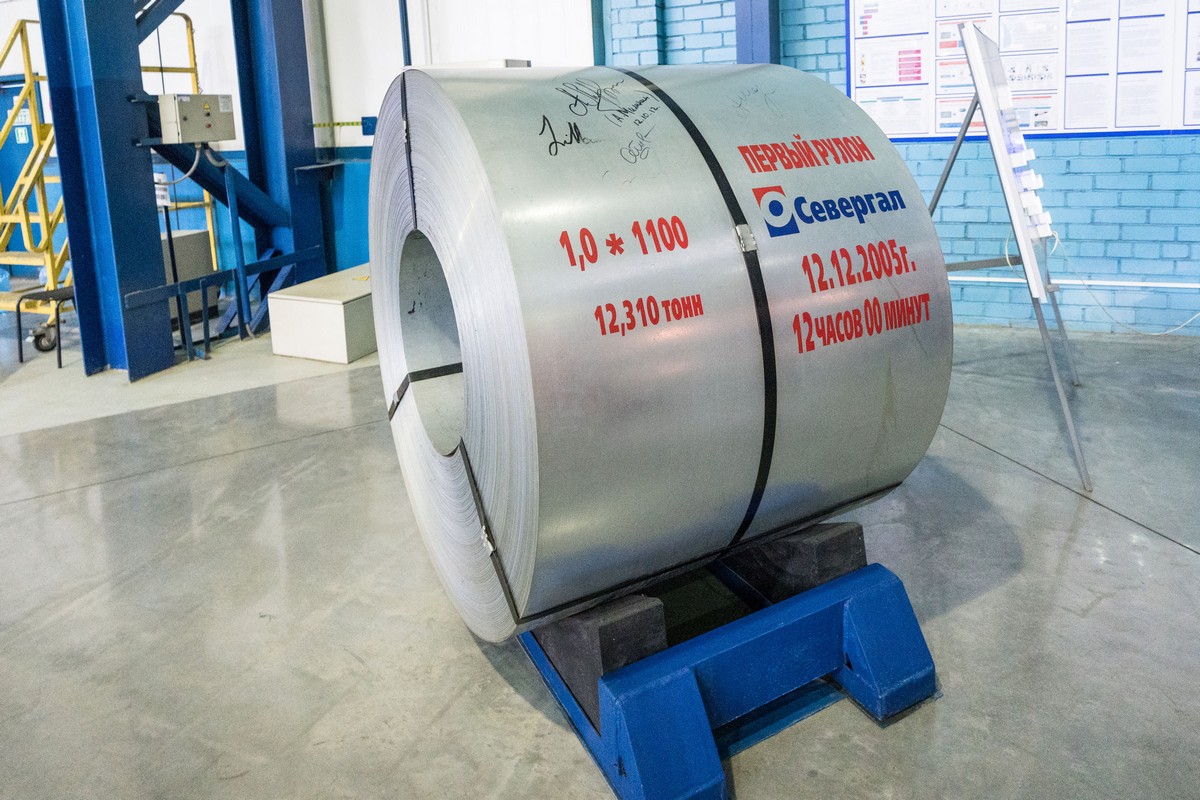 The map of (former Soviet Union) automotive industry destinations (from Moscow to Minsk, Samarkand to Tolyatti…): 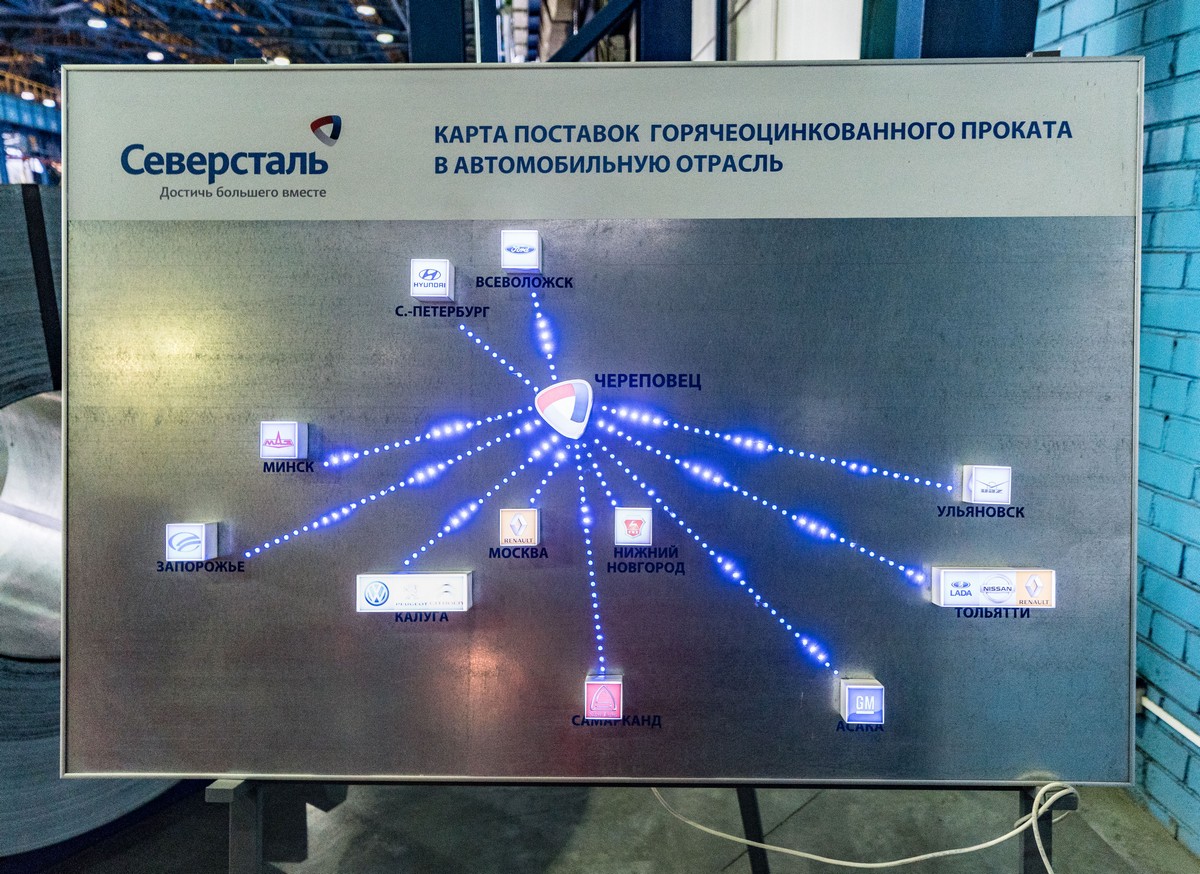 Special mirror for selfies: “This person is responsible for your safety”:

It turned out that the new/refurbished blast furnace will be heated – not by coal or gas – but birch logs! 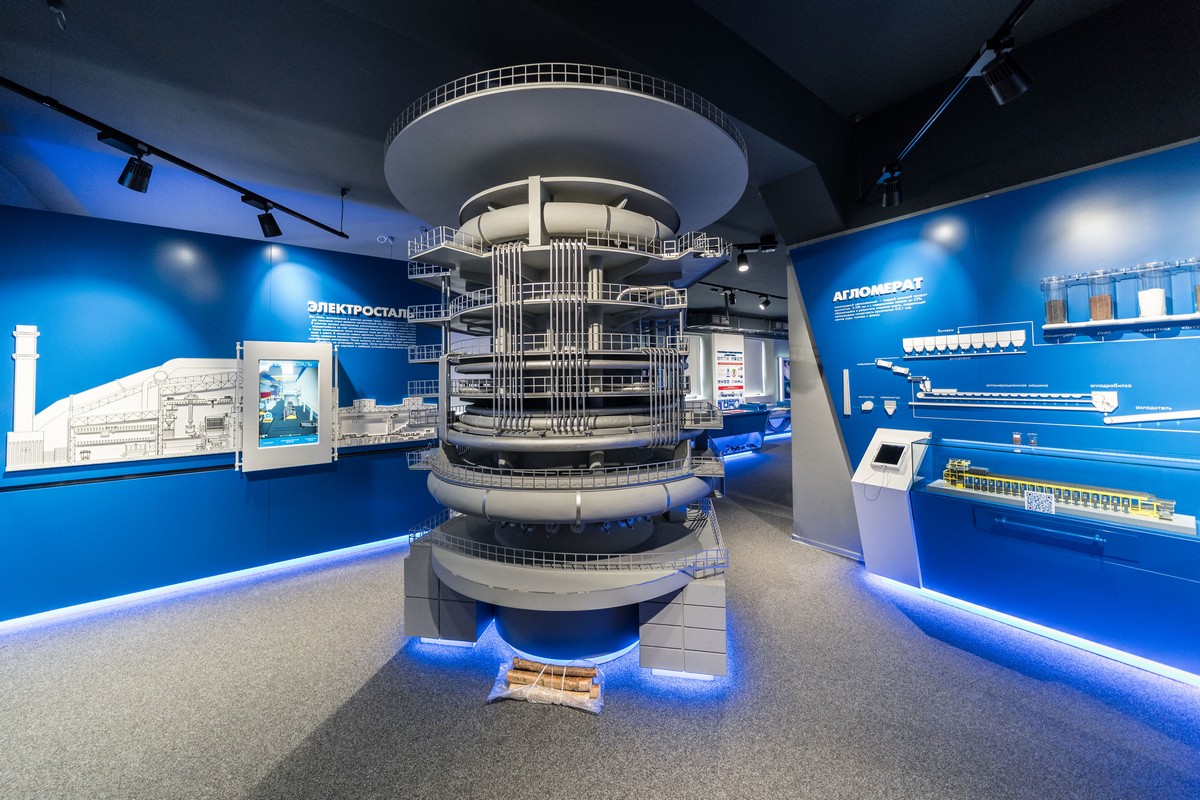 And that surprising fact brought our excursion to a close. Next up: a stroll around the city of Cherepovets. 300,000 population, a little frayed around the edges, some parts refurbished. Still, the locals say it’s much better today than it’s been in the past. It didn’t look so bad; a lick of paint I think would do wonders…

Over and out from Cherepovets folks. Back soon!…