Over the 10 days we were trekking across Tian Shan, we stayed at seven tent-based (permanent) camps for the night: 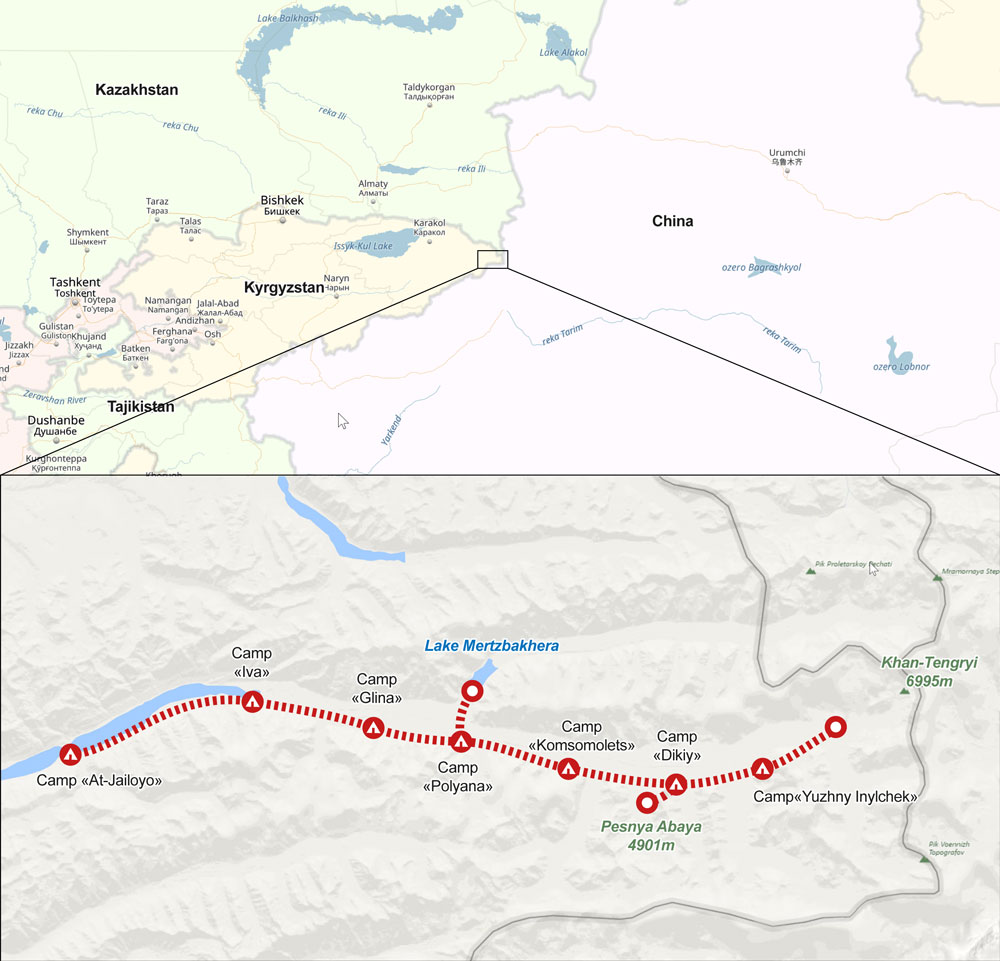 Each camp was unique in its own way (the views were always very different), but also similar to the others at the same time (same yellow tents and other camping kit). The spacious camps had specially equipped sleeping spaces, a kitchen, and toilets (v. basic, but better than nothing!). In all, hardly the Ritz, but what are you to expect halfway up a mountain side in the middle of nowhere?!

Ok, let me go through each camp in order.

The first at-jailoo (‘field’ in Kyrgyz) didn’t really count. We arrived there in 4x4s so there was no trekking trickiness or hiking hardships at all. There was another kind of hardship though – that brought on by a particularly noisy generator, as already mentioned. I think the family that runs the camp must have been deaf from birth! So, like I say, this camp doesn’t count.

Our first proper camp was this one here:

This camp is called ‘Iva’ (Osier). So-called because of an osier tree nearby. And it makes sense, since this is the only tree-like thing growing up here in the barren, stony wilderness. 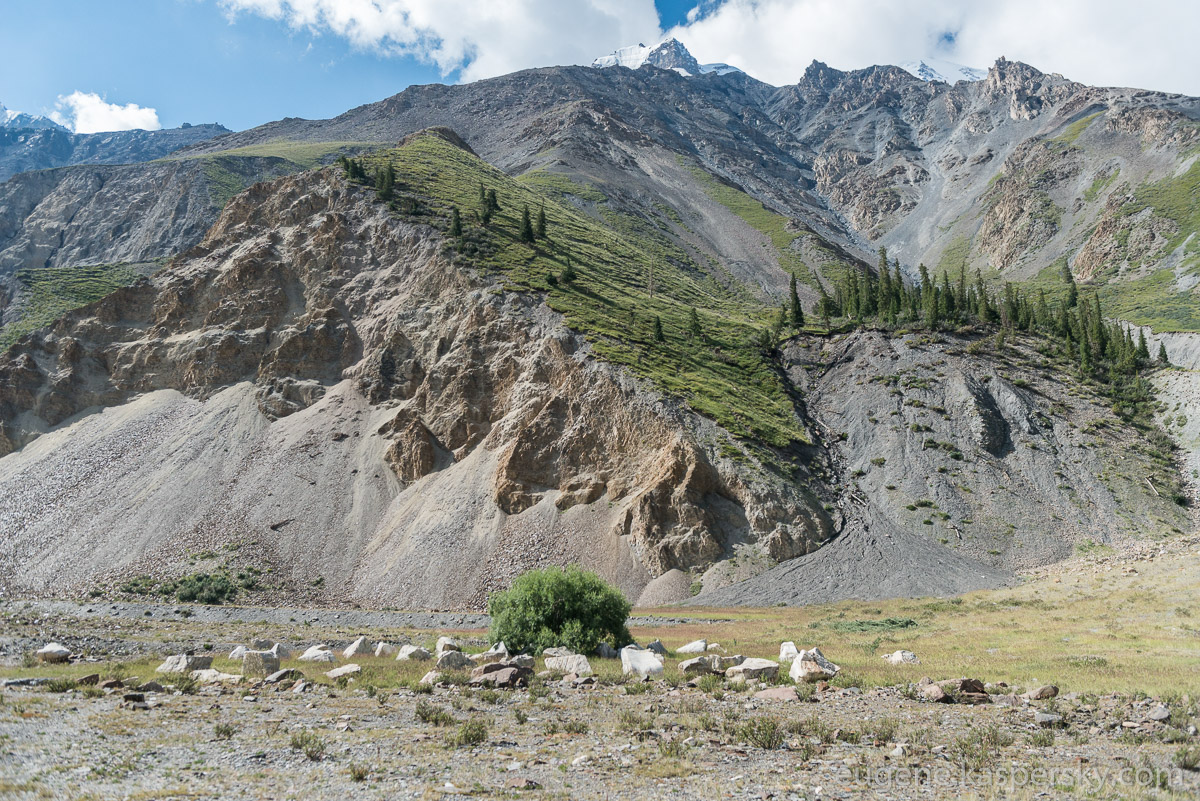 Earlier, the camp was located right by this hardy osier. But two years ago the nearest water source decided to sharply change its course away from it, so the camp was moved back closer to it!

Despite having just trekked a tough 20km+, and traversing many a choppy stream in doing so, we were still in sufficiently high spirits to get some happy snapping in of the surrounding landscapes:

So called due to the fact that it sits, not upon the customary bedrock, but on a thick layer of fine stone dust (ground up by a glacier), which forms glacial clay.

This here cubicle with a fantastic view is included in the price of the tour :).

This shower actually had hot water. About half of the camps had such a luxury. 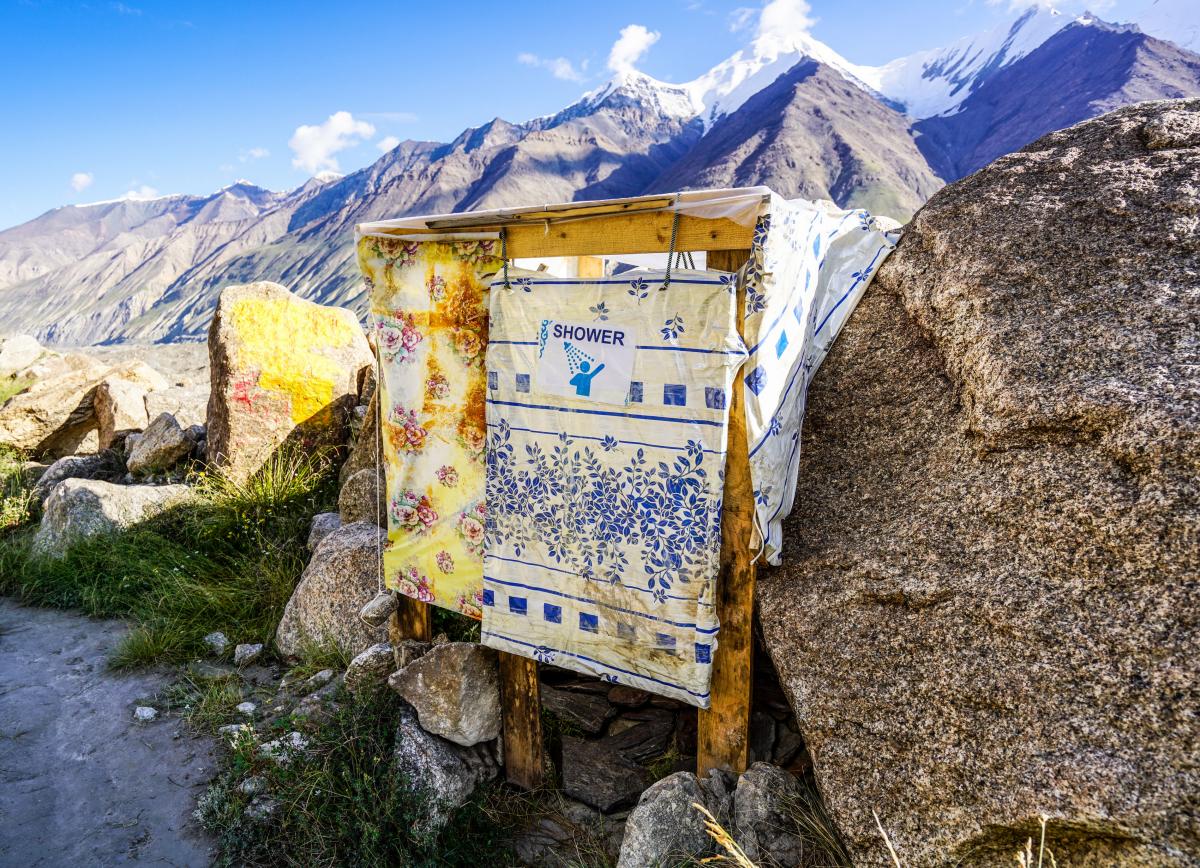 The one thing not so great here was the water supply, which came from the nearest stream: it was very cloudy indeed and didn’t look too inviting. Could it be just very hard water from all the rock up here? Anyway, we boiled it, just in case.

The main thing though – as we were getting higher and higher up into the hills the views were getting to be more and more awesome:

Another wonderful spot with fantastic views all around. And the last-but-one to feature the odd green patch in among all the rocky desolate grayness:

Though super-remote, Merzbacher’s Field still manages to attract a great many geologists and glaciologists from all over the planet due to the uniquely rich study material it offers. One such visiting scholar was a Japanese researcher who every morning at 6am woke up and then entertained our entire posse with his noisy drone, which appeared to have several motors to maneuver itself around in the sky. 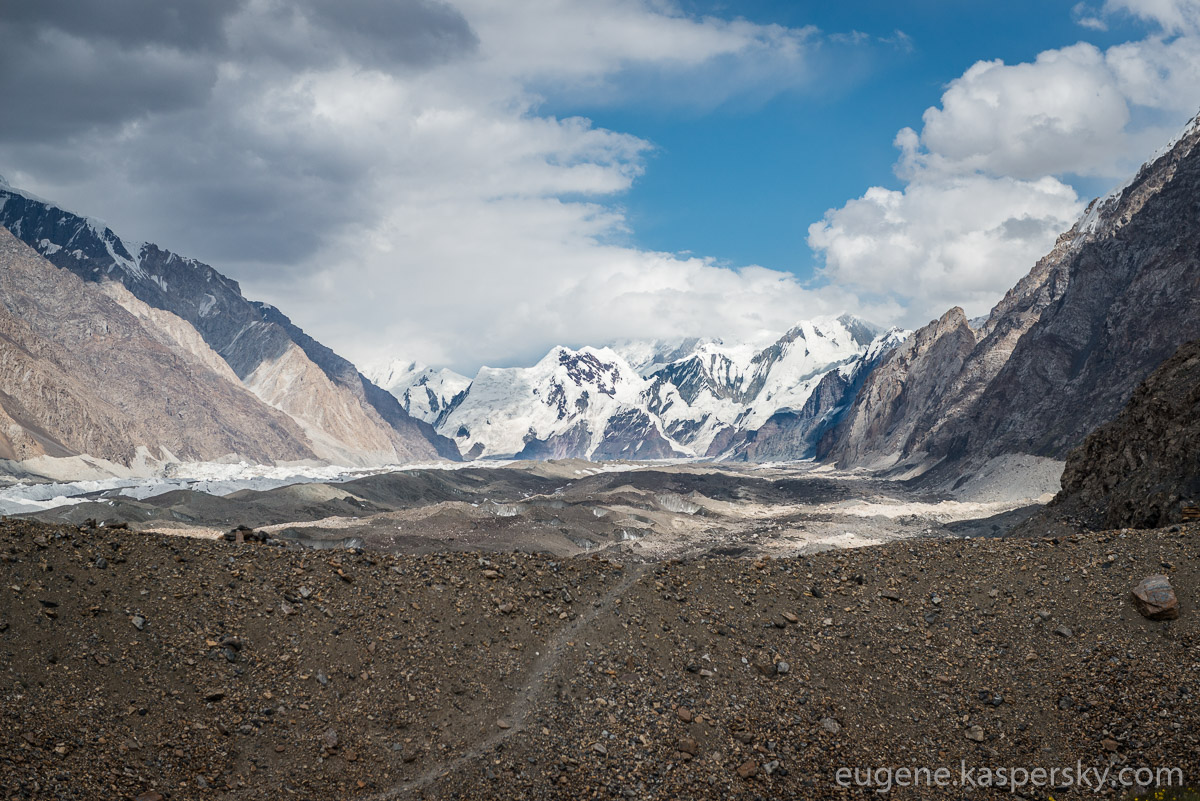 But more detail on that onward march tomorrow….

Meanwhile, all the photos from our Tian Shan expedition are here.­­­