You though it (NZ) was all over? Nope. More! Whoah! Or, to be more precise – Whoakaari!

Here we are on White Island, known in the local dialect as Whakaari. We got here on a chopper. Whoakaari! Piloted by a really cool woman! Whoakaari!

Oh my gorgeous! Just look at the views we got up there. Almost as if it was all carefully painted, trimmed, and then Photoshopped!…

Those there forests are made up of industrially-grown pines. Because of the happy combination of perfect climate and volcanic soil, pines shoot up super-fast here – becoming towering colossuses in just 20 years. Large sections of them get cut down one after the other, with new saplings planted in their place.

Curious fact alert! Since the trees here grow at such an astonishing rate, their wood is very soft – meaning it’s no good for use in construction. Not to worry though: there’s still a market to be found – in China, which buys up the stuff to make… disposable chopsticks! Well, well. If I was one of those huge pines, I’d be distraught if I found out I’d end up as a million or so little sticks!

We head out over the sea, and the volcanic island we’re destined for appears up ahead:

Much sulfur; many a fumerole…

The sulfur was once mined here…

Around a century ago a volcanic cataclysm wiped out the mining operations – including, sadly, all the miners. The only survivor… wasn’t a miner, but a cat, who was named Peter the Great. Legend has it that Peter lived a long life on the island, leaving many offspring. Toward end of his life Peter was ferried to the mainland for his ‘retirement’.

Truth be told, this is a very cool, interesting volcano (truth be told – all volcanoes are, without exception:)… BUT!… To me, it does seem to be a miniature copy of Mutnovsky on Kamchatka. All right for me to say, you say, as I’ve seen both, which I guess not many folks on this planet have. Well, yes. Just sayin’ (and showing off!).

Before we knew it, it was time to pile back into the helicopter…

…which flew us over to Tarawera, which I’ve told you about already.

And that – finally! – brings my tales from down under (Oz & NZ) to a close folks. In just four and a half days we crammed a ton of tourism in, all of it superlatively super.

PS: The hotel we stayed at in Rotorua was called Black Swan. A very nice boutique hotel, quite a way from the center of town, but with super Chinese and Japanese restaurants and natural spas. Must-stay hotel!

All the roads here – no matter how remote – were really good, with mostly a 100km/h speed limit and the sharp turns clearly signposted. Nice.

This nice spot was somewhere on Highway 2, around here: 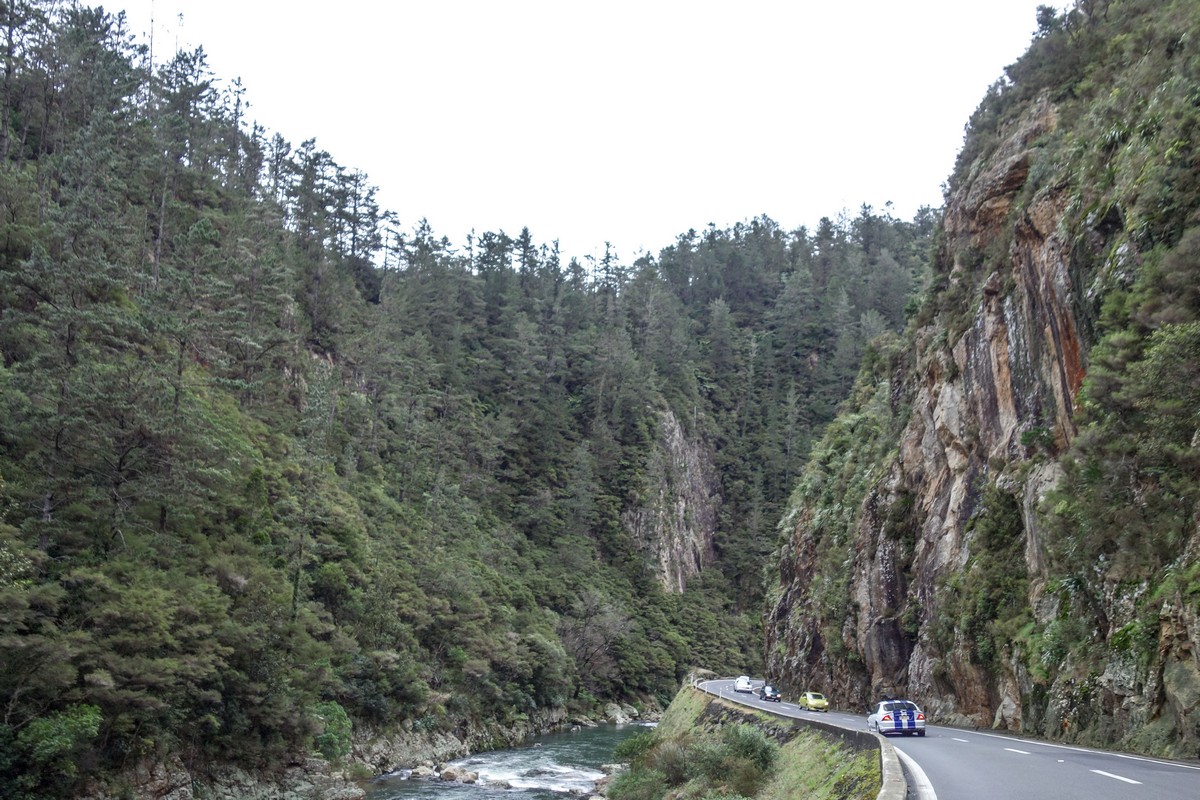 This is the city of Tauranga to the northeast of the island. Brave tourists are known to swim here in February-March. In other months – brrrr: a little too invigorating.

Bye for now folks, and bye-bye NZ – till next time. E noho rā!

PPS: In NZ, a lot of things are upside-down or the other-way-round compared to what we know up here in the Northern Hemisphere. And that includes hotel room key-cards :).

All the photos from NZ are here.