Get your popcorn now and take your seats in the front row – I’m about to continue my stories of New Zealand!

Next on my agenda is the Tarawera volcano. This is perhaps one of the most unusual volcanoes I’ve ever seen: its top split by a huge volcanic rift, in which some 10 distinct craters can be identified. I guess there must have been quite spectacular fireworks when the volcano erupted 130 years ago…

The second unusual thing about this volcano it is that you can drive virtually to its summit! Preferably in an SUV, thanks to road conditions.

There’s the rub, though: you can’t just go and drive up to the top – it’s private property! Yes, that’s the way it is – the volcano and its surroundings are privately owned by a Maori tribe. To them, the mountain’s sacred, so the New Zealand authorities decided some years ago to return the mountain to the tribe. These are the roadside signposts – a bit further down there’s a barrier and a locked gate.

So you can’t legally go there on your own, but tourists are taken up the mountain by local travel agencies. Allegedly, all the guides working for these are ethnic Maoris from that local tribe. What’s more the very top of the volcano is divided between two different tribes, and no Maori from one tribe can simply walk into the other tribe’s half.  So before hiring your guide, it’s best to ask whether he or she has a license to visit the territory owned by the other tribe.

Also, the story goes that unofficial holidaymakers littered the volcano area so badly, the Maori guides had to collect and remove several tons of garbage before they could bring official tourists up here. I can certainly confirm there’s now no human garbage on the volcano top. There are good vantage points with vast scenic panoramas, the walking route is quite accessible and very easy, and there are benches installed along the path.

This is the summit:

You know why volcanoes are so much better than mountains? On a mountain, you can only enjoy the scenic views around it, while on a volcano you can enjoy both that and the view inside the crater.

Over there are the smoky shores of the lake where we had that boat ride yesterday, as reported in my last story. Further away, there’s the Waimangu valley with its hot lakes inside craters: 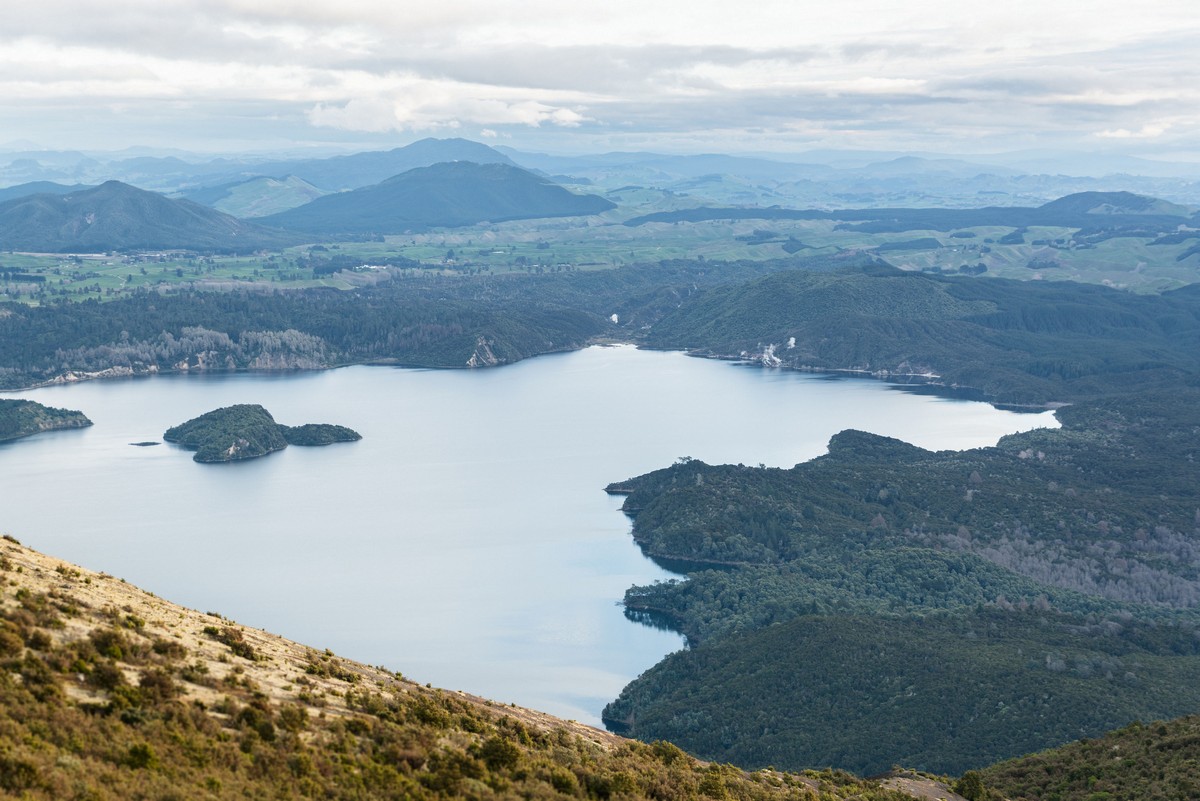 Wow, there’s actually an air field! Apparently, some time ago you could take a plane to here as well. The runways crossing each other can be seen in Google maps. I did wonder, when I saw it, what that could be sitting on a volcano top… 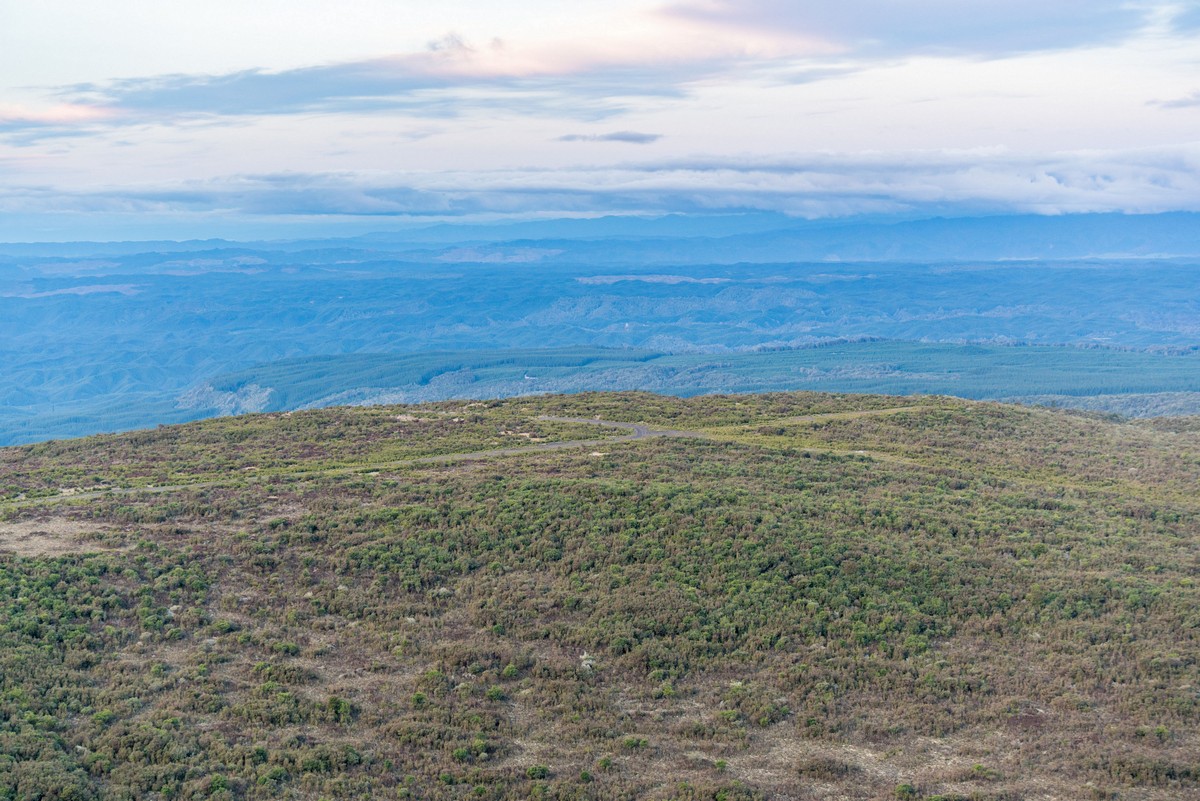 Well, there are some more geothermal sources over there, emitting quite a lot of steam. What are they? The guide’s answer was surprising: “That’s a pulp and paper mill emitting smoke!” :) 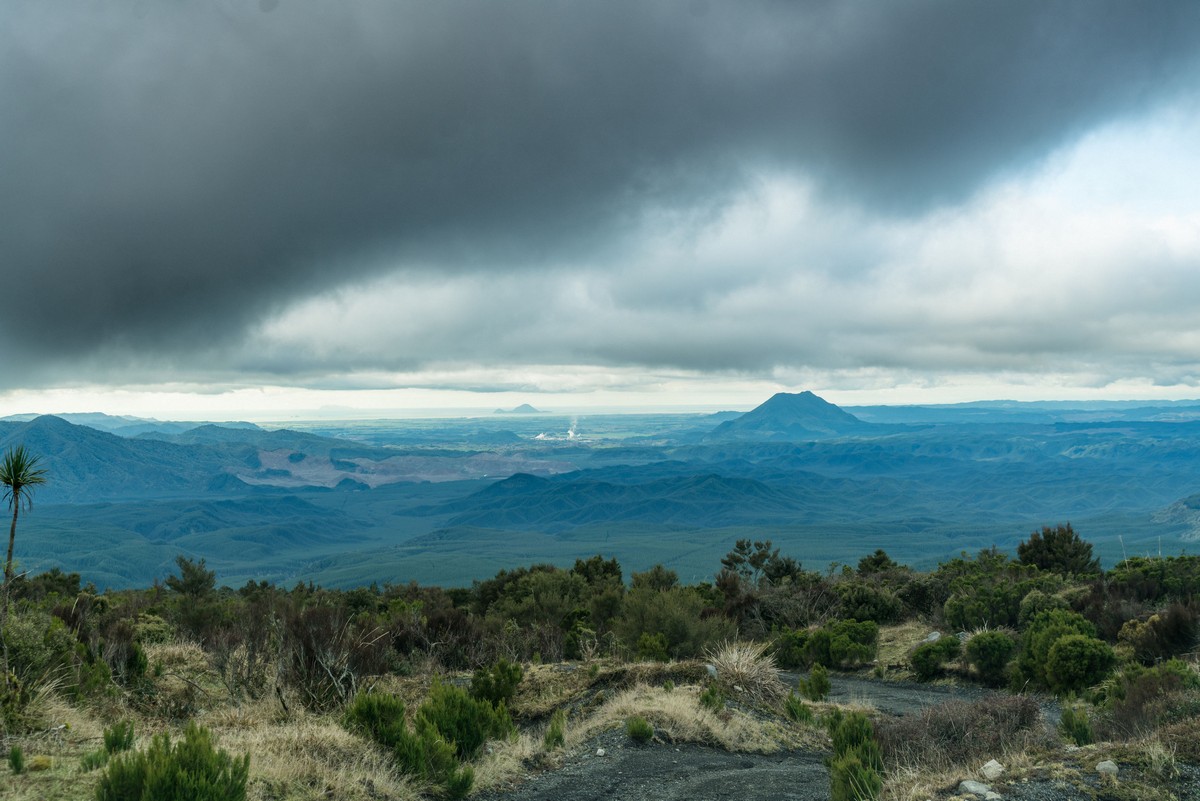 Oh really? Ok, that’s cool, there needs to be industry too. Now, we’re walking along and around the rift.

This was a very nice walk. I highly recommend it to be taken with a guide who is licensed to visit the second half of the volcano area too.

On our return trip, we were basically supposed to walk down that vertical path within the rift: 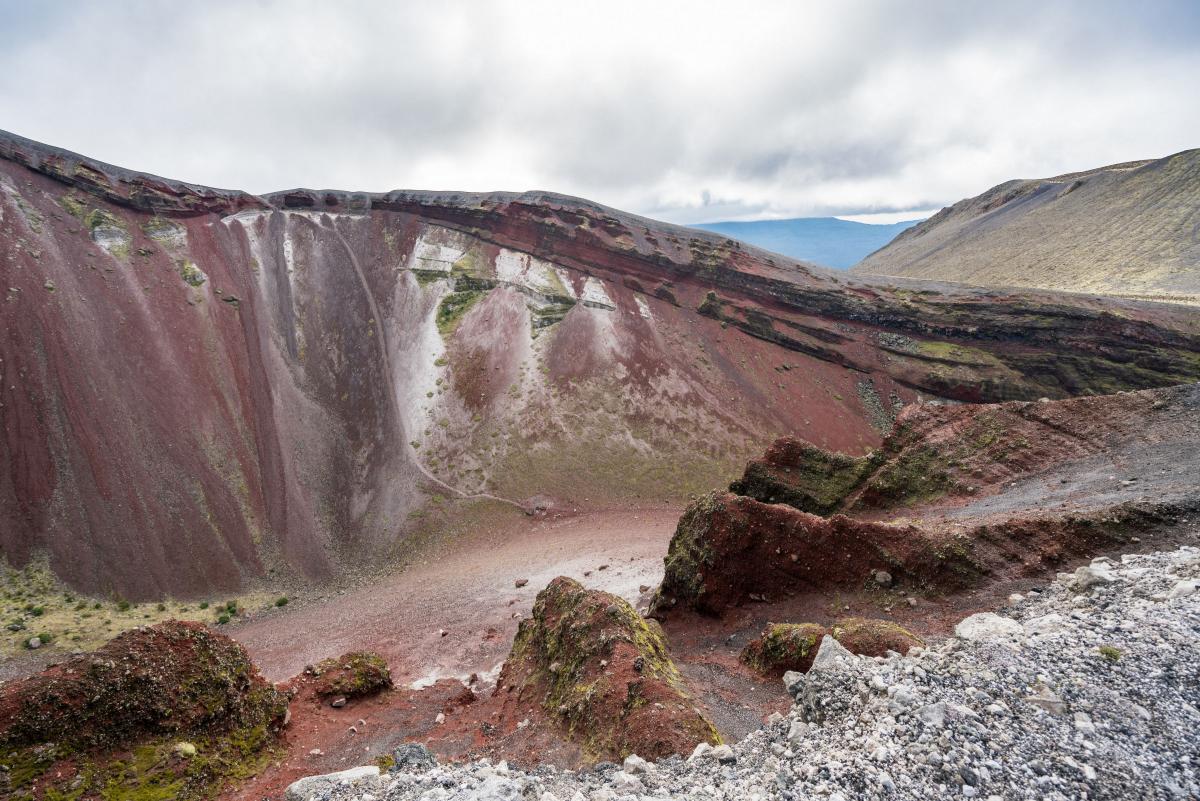 Unfortunately, dusk was about to fall, and we had absolutely no desire to walk down steep slopes in darkness, with no lights. Neither, in fact, had the guide.

In short, a full-course walking tour of Tarawera takes a full day. Another option is to take a helicopter tour:

Even better, you could go for both – they’re both absolutely worthwhile!

That’s it for now about Tarawera. But my volcano tales are far from done. Stock up on that popcorn!