Surprisingly, Kiev turned out to be the best connection on the journey from Barcelona to Yerevan.

For the first time in my life I flew Ukrainian Airlines. It is basically fine. Only the seats in business class are cramped and uncomfortable (as with most European companies) – they’re the same as in economy class, only three seats are used for two passengers. If the person sitting in front leans back, it becomes very difficult to do any work on a laptop – the keyboard ends up at your throat. You know how it is. What else didn’t I like – well, during the transfer at Boryspil we parked up on the tarmac, and only one bus was sent to transfer all the passengers of a Boeing 737-800. We were packed in like sardines.

Everything else was fine. The smiles of the stewardesses and good service completely made up for the cramped seats. The new terminal D was clean and spacious, and the WiFi was fast (the most important thing!).

The transfer took place in the evening – we arrived at dusk, and took off in total darkness. The view from the window was pretty depressing. Electricity on the ground below is obviously being rationed. Towns and villages are not lit up much at all and there are almost no streetlights working along the roads. The view is quite eerie. It’s one thing to read about the coal crisis in the news, and quite another thing to see the result with your own eyes. The view doesn’t arouse much optimism, unfortunately.

We landed in Yerevan at one in the morning to a dense fog and snow on the runway. The temperature outside was below zero. I had expected the city to look somewhat differently at the beginning of March. At a meeting, my expectations were confirmed entirely: turns out this year’s winter was very cold, and is showing no signs of ending. There are piles of snow everywhere in the streets. There’s been a thick frosty mist in the air for two months – they haven’t seen the sun in all that time! 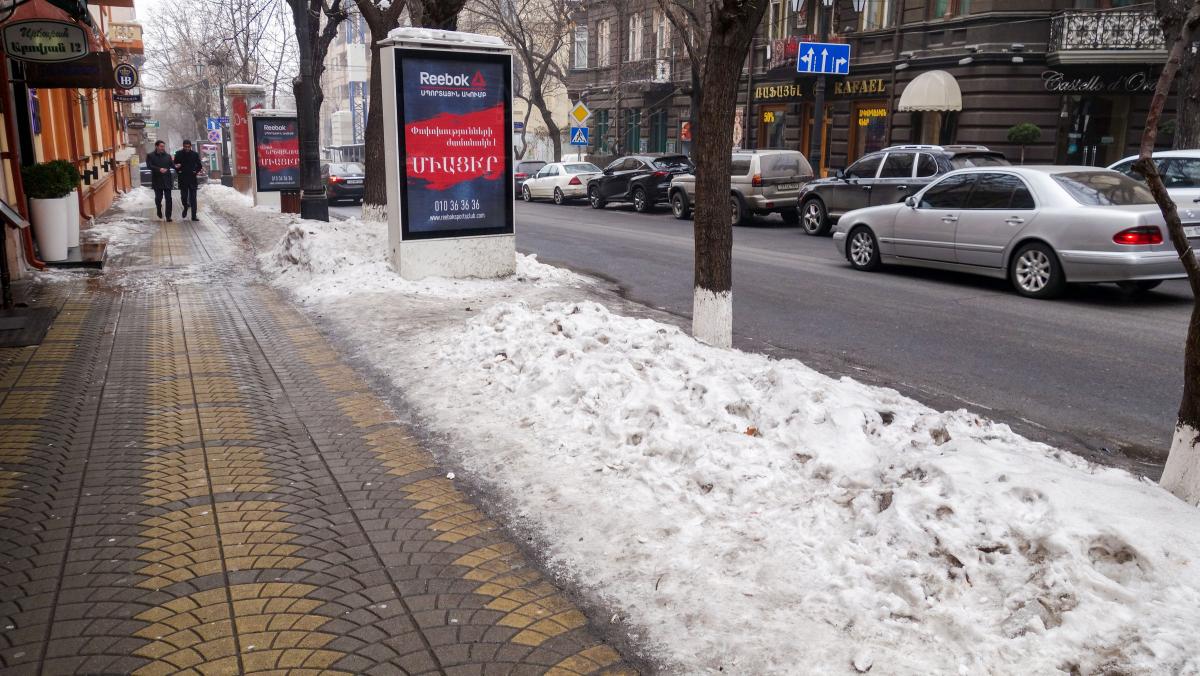 Those living in the northern regions of Europe are used to not seeing the sun from November to February – there were even “winters” when it rained on New Year’s Day and people made mudmen instead of snowmen. And the only escape is a post-new year plane south. However, the inhabitants of Yerevan are finding it difficult to come to turns with this climatic offering. We had no other choice than to work on the weather. We remembered the time we called in outside help in the shape of S.Sh. And promised our hosts some sunshine for the following day.

The very next day, the fog melted away, it got warmer, the sky was still a little overcast, but the sun began to make its presence felt behind the clouds. The first signs of spring!

And with a sense of having kept our promise to the friendly host team, we boarded a flight and set off for home.