After passing the Akkem rapid, we had another day of pure meditation and contemplative activity, which was only occasionally interrupted by the helmsman’s commands: “let’s paddle a little”, “let’s move to midstream”, “there’s a hole in the riffle, wanna go for it?”

On the bank there are trees that were uprooted and left lying following some extremely high water.

Meditation was possible in the evenings on the river bank and on the nearest hilltop on the rest days – as was taking in the scenery below.

By the way, a cellphone signal is only available on the mountain tops; not that it’s very stable: it was OK to send and receive messages, but not good enough for making calls. 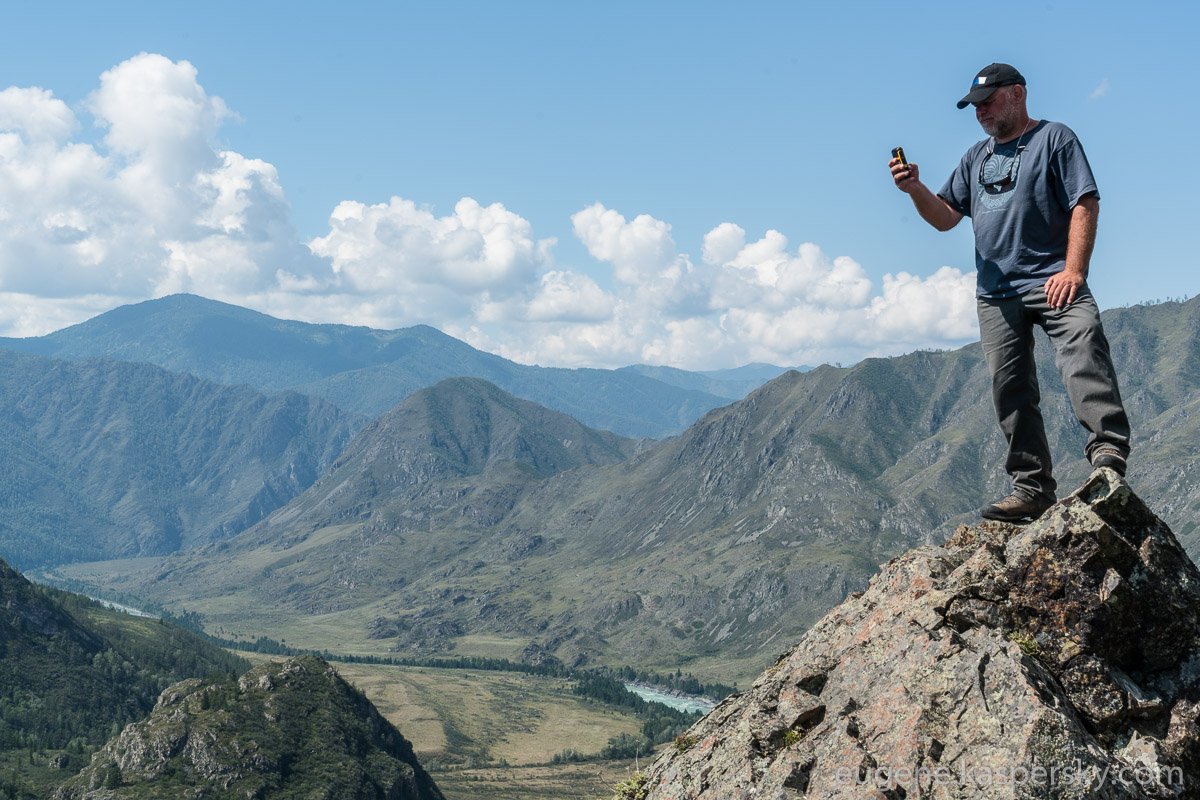 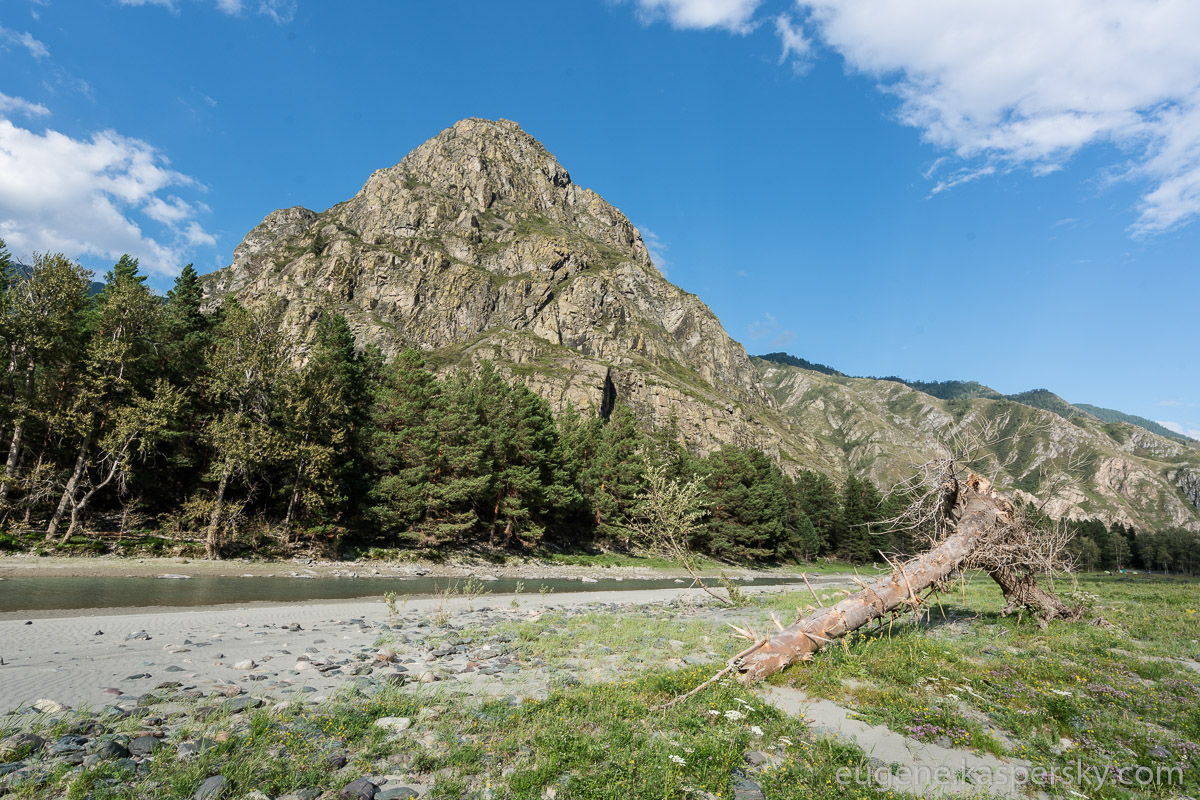 It feels like the sky is reassuring me: “Go on, carry on climbing!” 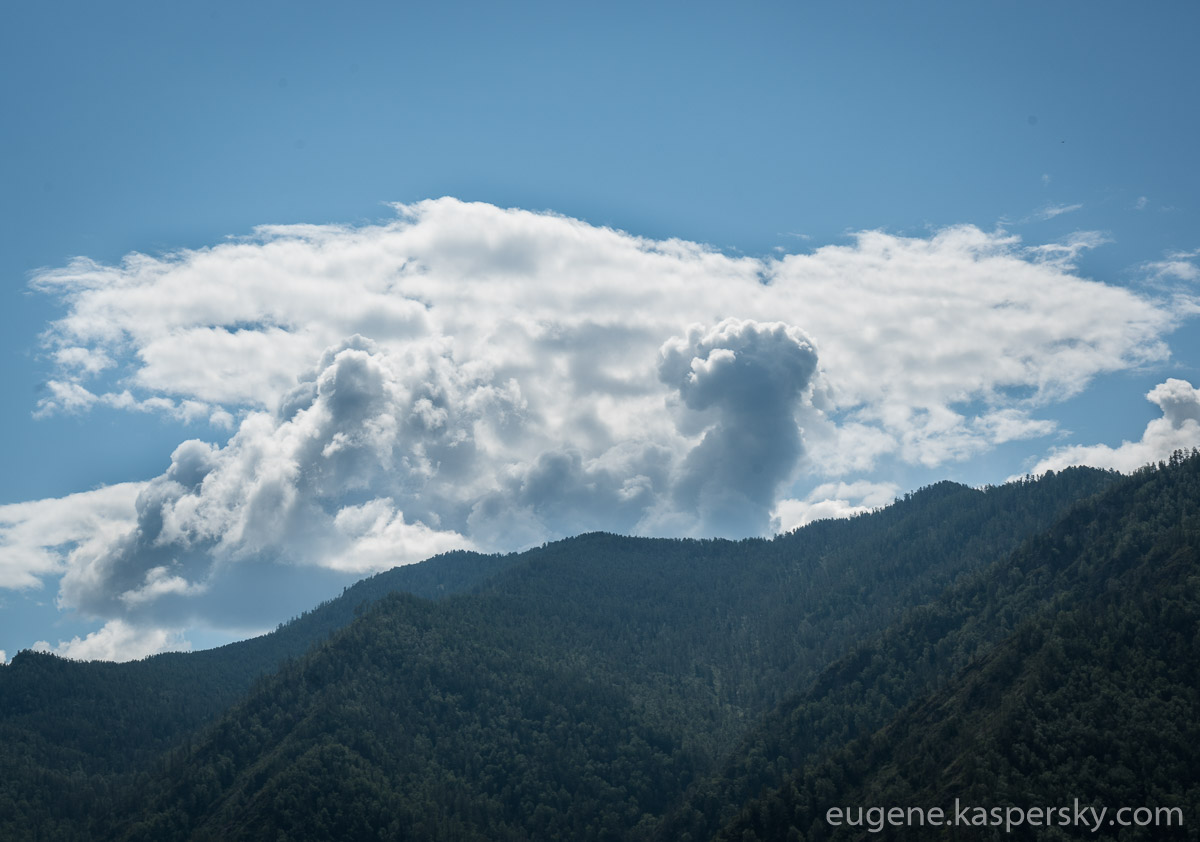 Meanwhile in the camp… 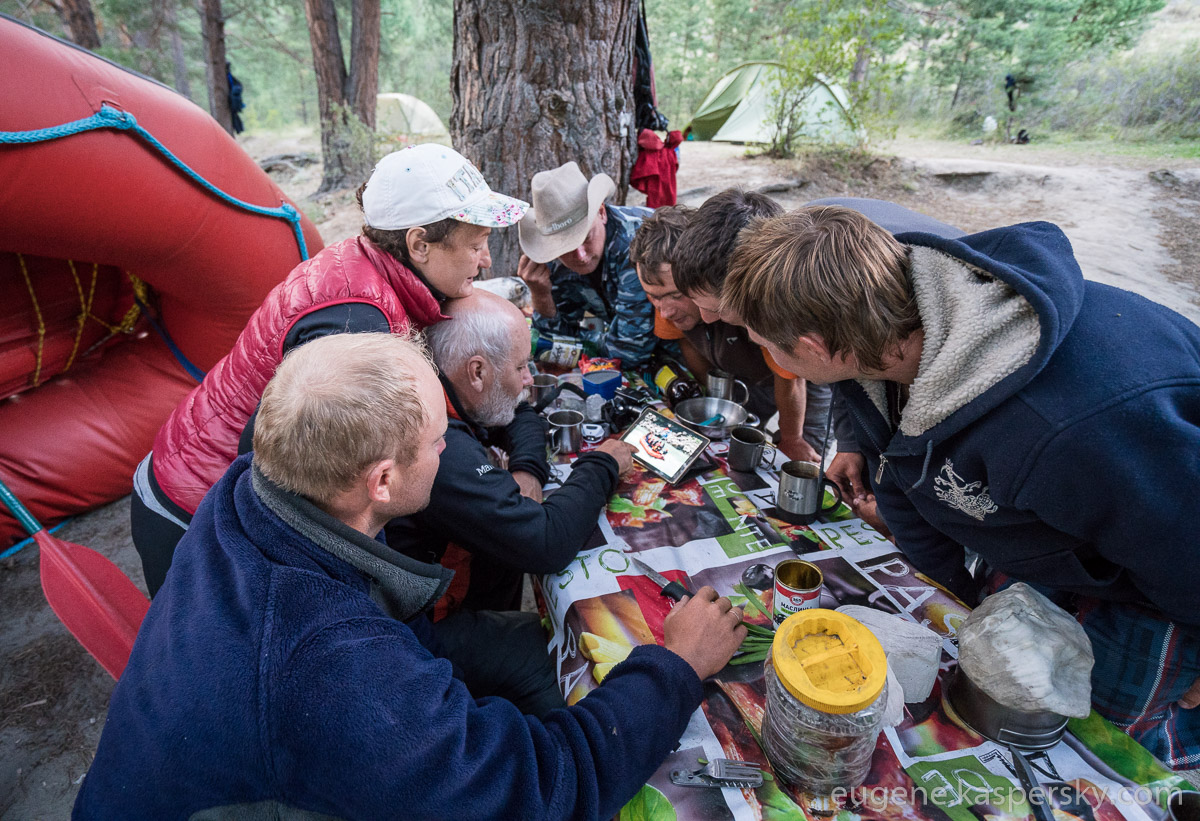 The water wasn’t always calm. Occasionally we had to paddle when we passed through riffles.

The Chuya River flows into the Katun from the right, after which the Katun’s roughest rapids begin. 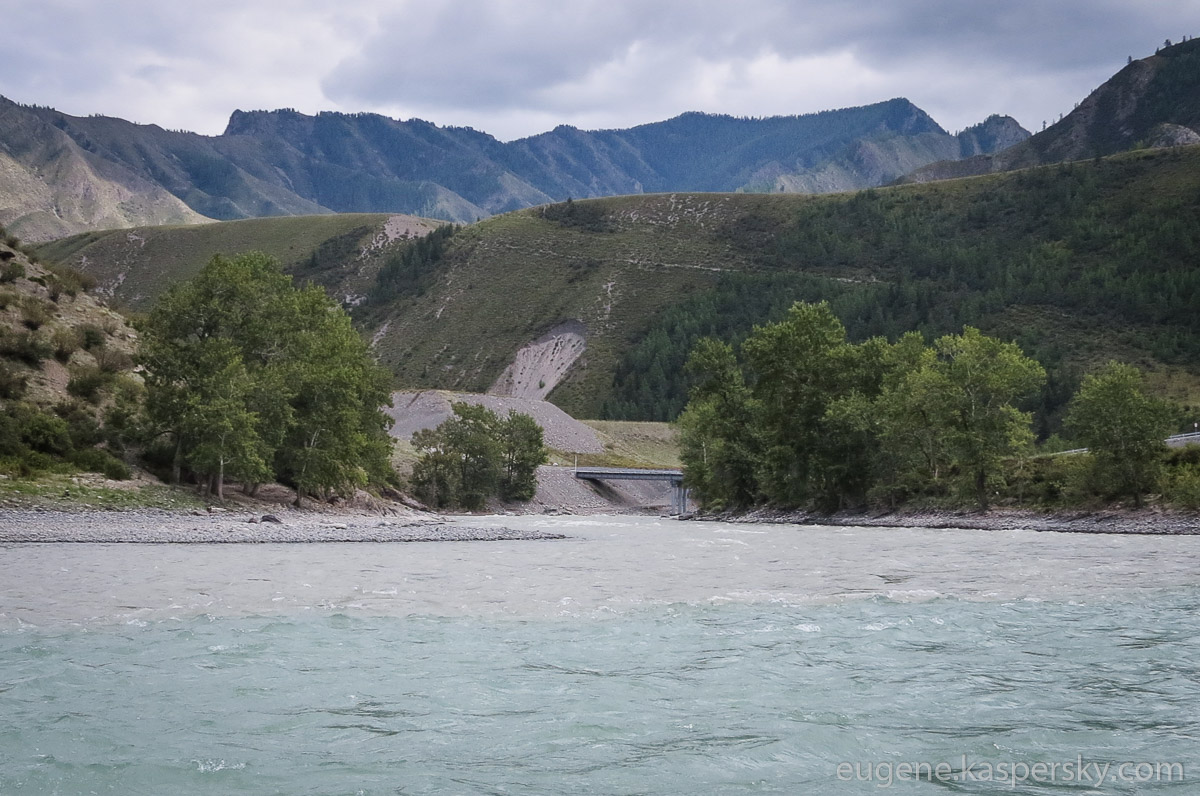 The Ilgumen rapid is a thing of sheer beauty. You really need to see it for real. Until then, here are some photos; and for those who have seen it – here’s a chance to get all nostalgic! :)

The sign says “No swimming”. Well, I suppose you could try in a life jacket, a hardhat and with a safety line further downstream. 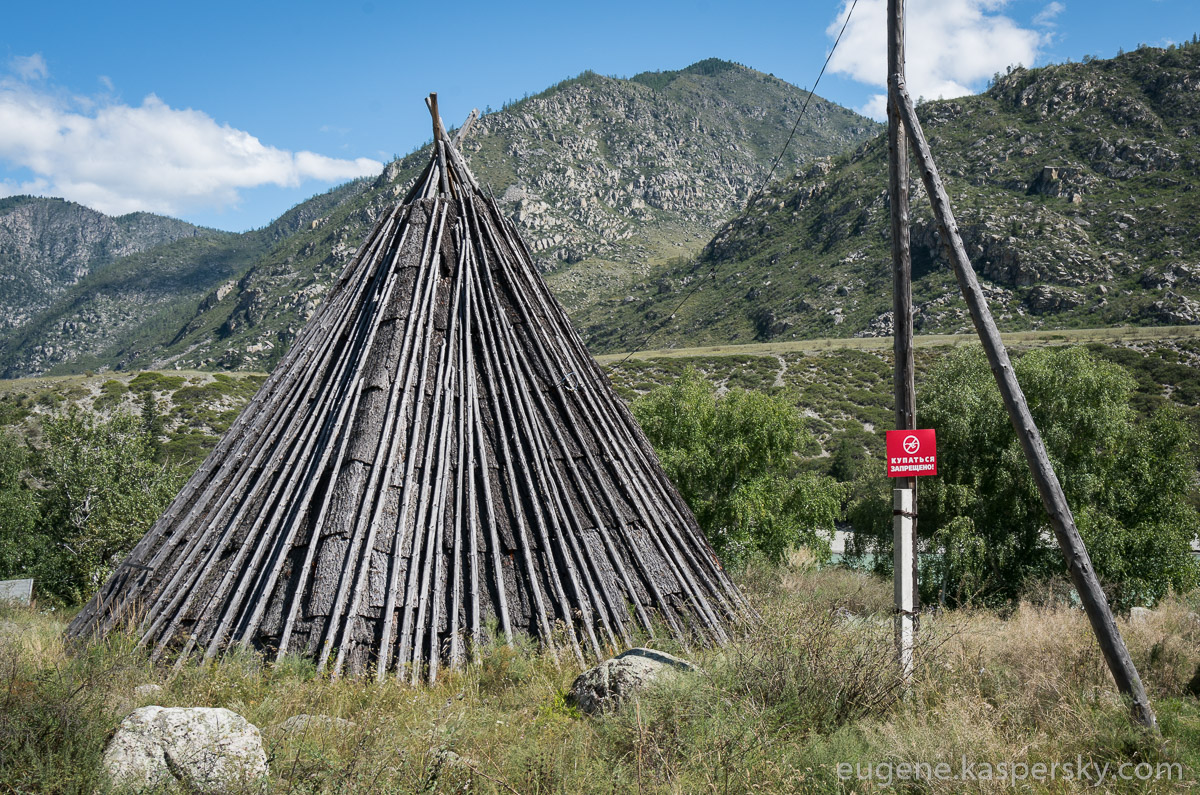 “Can you really pass through that rapid?” one of the other campers asked. “We’re about to find out,” we replied. 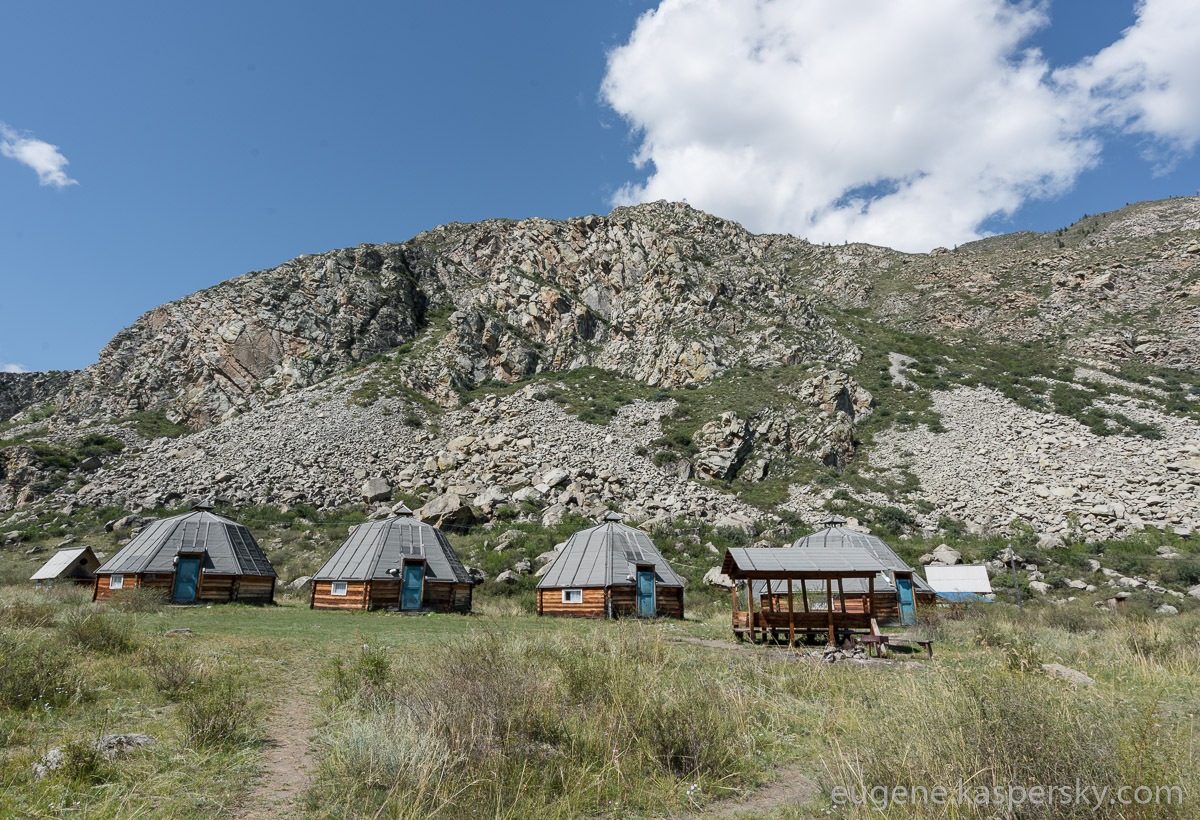 One of the cars at the camp had a sign that read “Computer help”. That was rather handy because we were running out of memory on our GoPro. Unfortunately they didn’t have any spare memory cards “at a reasonable price”. It was a pity: it would have been fun to buy a couple in such an unusual place :).

We passed the Kadrin rapid without stopping, so no pictures I’m afraid. I’m waiting for the GoPro video to be processed. Here’s one photo after we’d passed through: 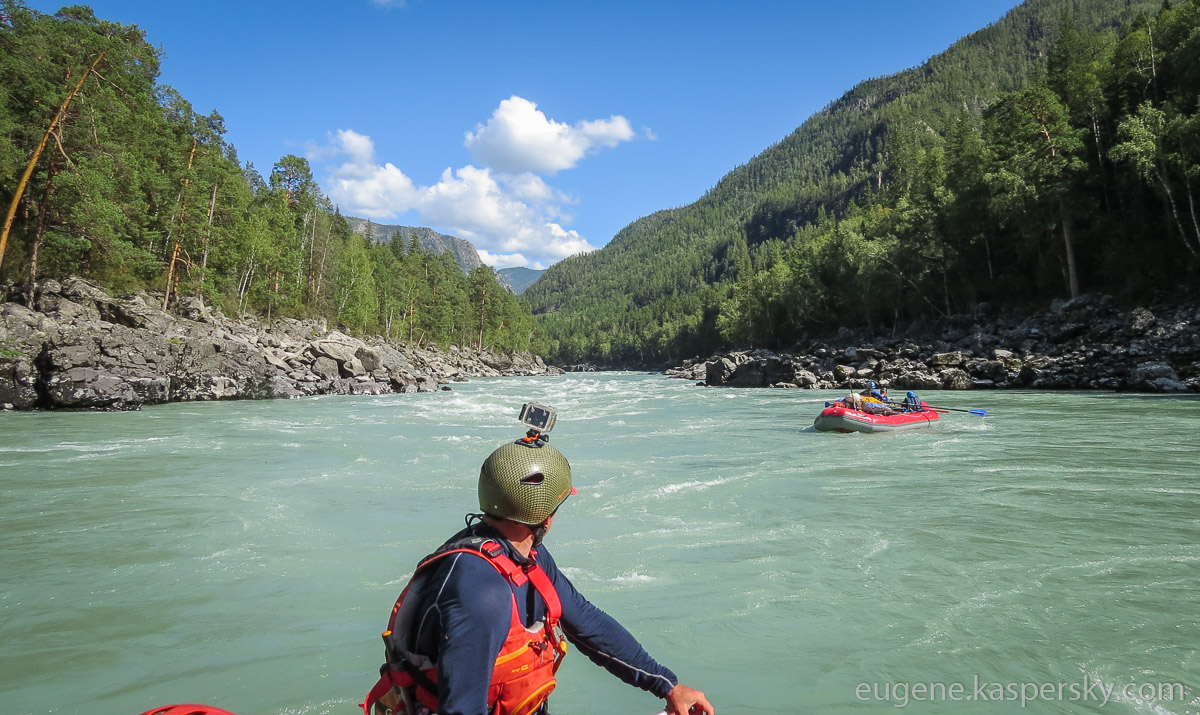 The Shabash rapid is yet another magnificent feature of the river.

The evolution of a wave: a roller emerges out of nowhere, and splashes with all its might right into you!

But that’s enough watching – time to go through it. And we did, with no major incidents.

The Teldekpen rapid is another wow moment. The Katun passes through a narrow rock constriction where there are no significant holes in the mid-water season (the time of our expedition); however, there are powerful rising underwater currents and the river boils. They say a good rising current in flood season can capsize a raft or break a catamaran. Also, there were occasions when a kettle sucked in an entire 5-seat raft, and then spat out the raft and then its passengers one by one.

We’re through! But I want to do it again. 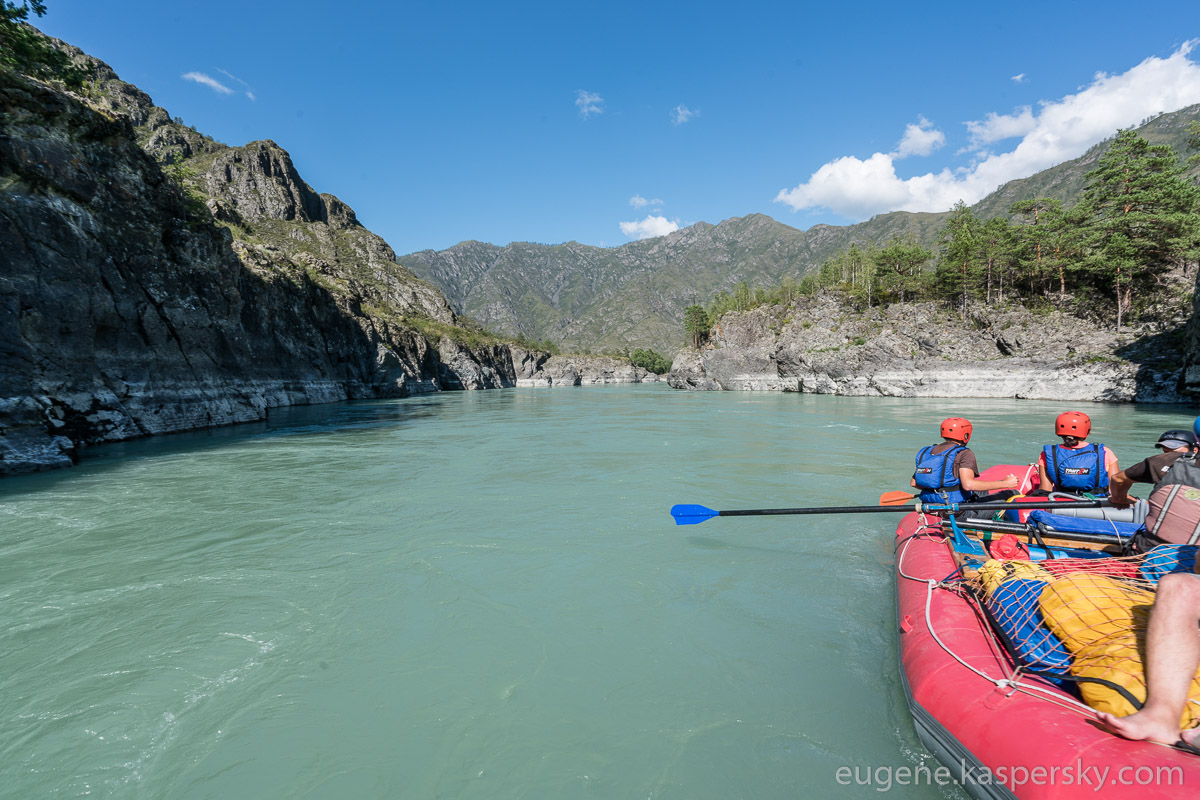 Curious onlookers sit with their cameras high up on a bridge, waiting for us to pass the rapid, paddling like mad and screaming for our moms. 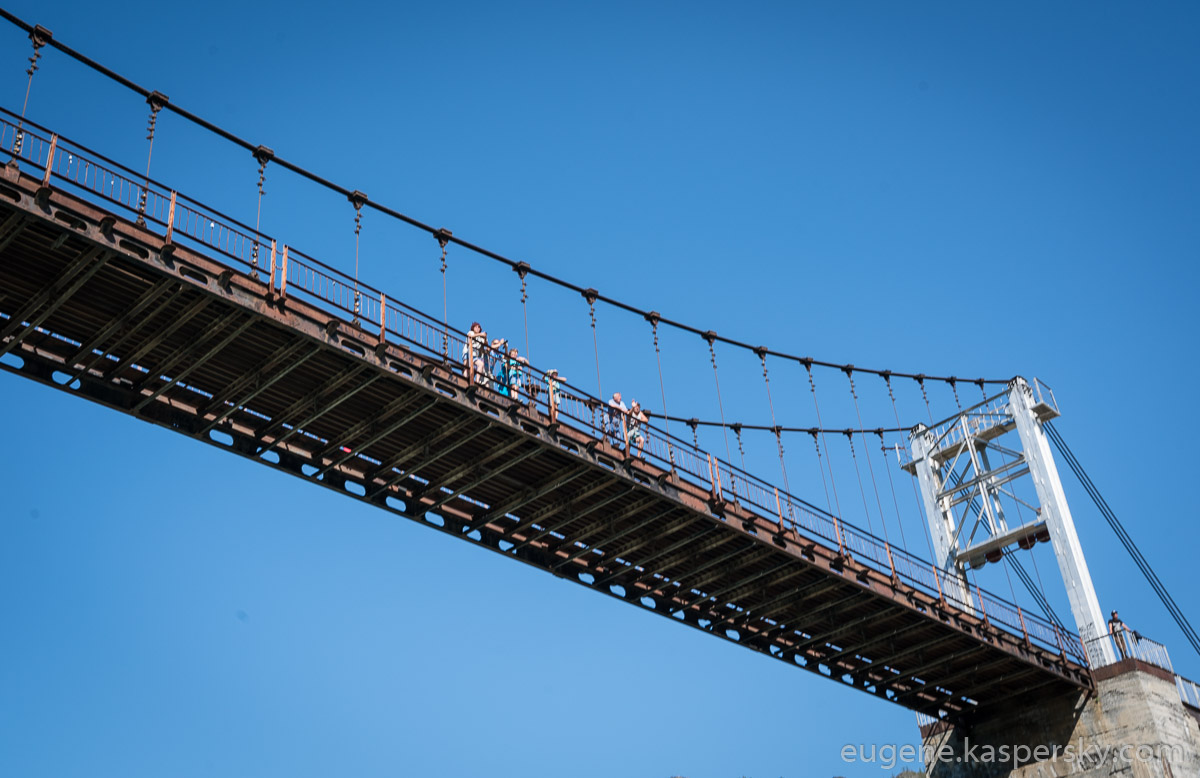 “This is a good water park, and the staff are fun” – that’s is the record in my diary dated on one of these days.

One of our staff members guides made a toast in the evening: “Let’s drink to those on board. Those overboard will have a drink where they are.”

Another diary entry reads: “Reliance on power sockets is the Tao of robots.” I don’t remember why I wrote this. Maybe somebody’s batteries ran out :). 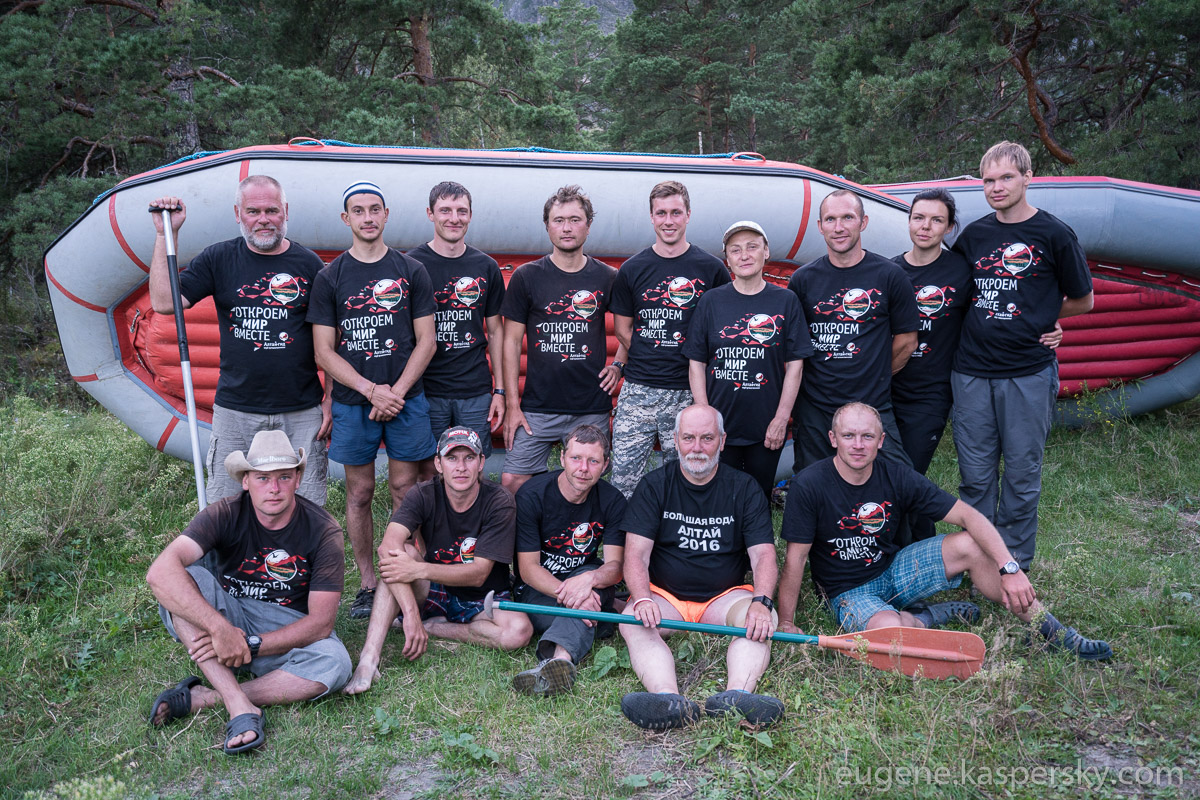 And now it’s over. There’s a sense of melancholy for what has ended, nostalgia, and a desire to do it all again – someday. 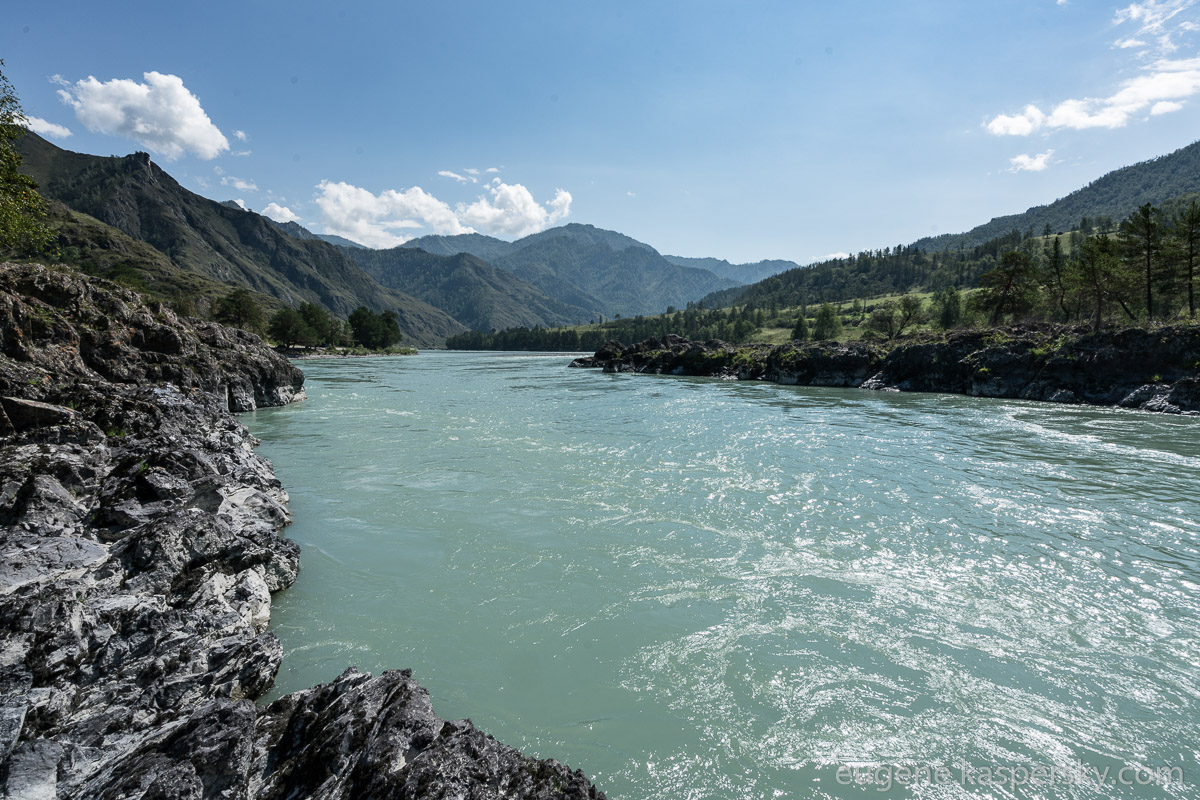 The last record in the camping diary reads: “Dogs of the wave”.

Now it’s time to sum up.

This is the wonky figure of eight we created over the three weeks:

A video of our voyage and us tackling the rapids is coming soon. Here’s the trailer:

Rafting is fun. Especially if you're onboard #Altai // Сплаву да! Хочу ещё! #Алтай

That’s it for now. Thanks for reading!

The best photos of our Altai adventure are available here.