By some quirk of fate I often fly across the North Atlantic. Europe-America-Europe; sometimes Asia-America-Europe; sometimes other, more exotic combinations. Example: sometimes I get to fly over Greenland. Sometimes this is at night – so nothing to report there. Other times it’s by day, but the weather’s typically polar and the visibility’s poor. But just sometimes, very occasionally, I get lucky: jetting over Greenland when it’s sunny and panoramic…

One such time for example was in July 2012: Crazy trip, crazy plane, crazy nice weather. 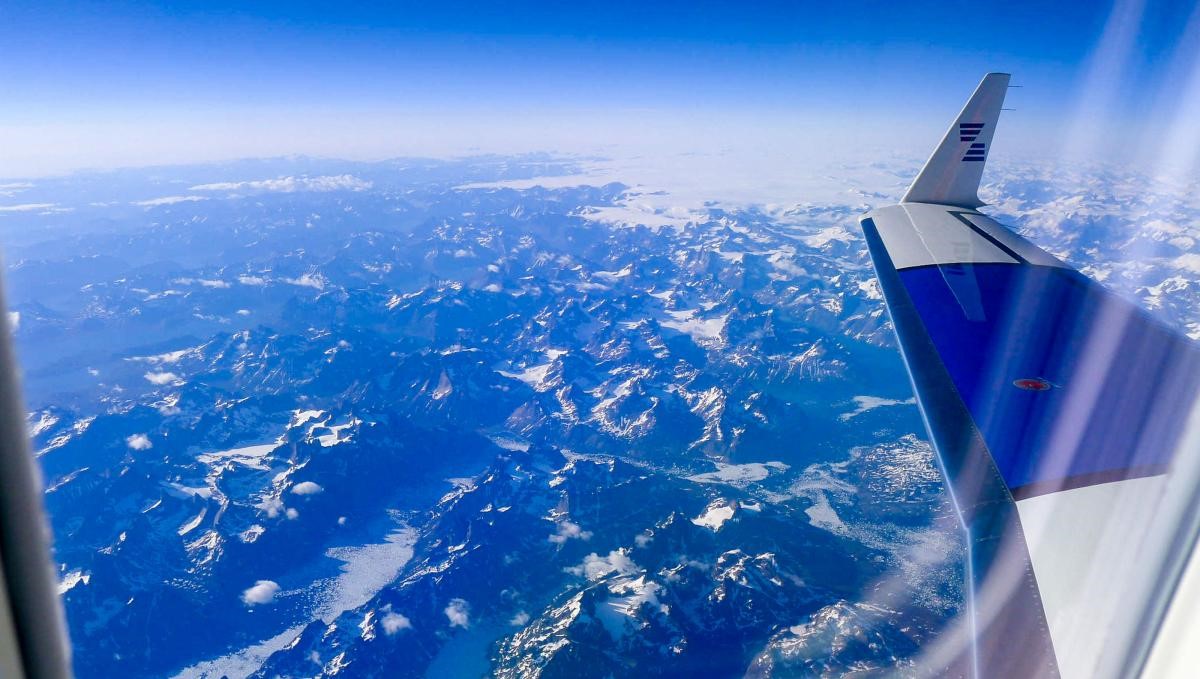 Fast forward to July 2016, and it’s crazy nice weather again up over the big green white land. But this time I wasn’t just flying over, I was to land and then stay a few days. Hurray! 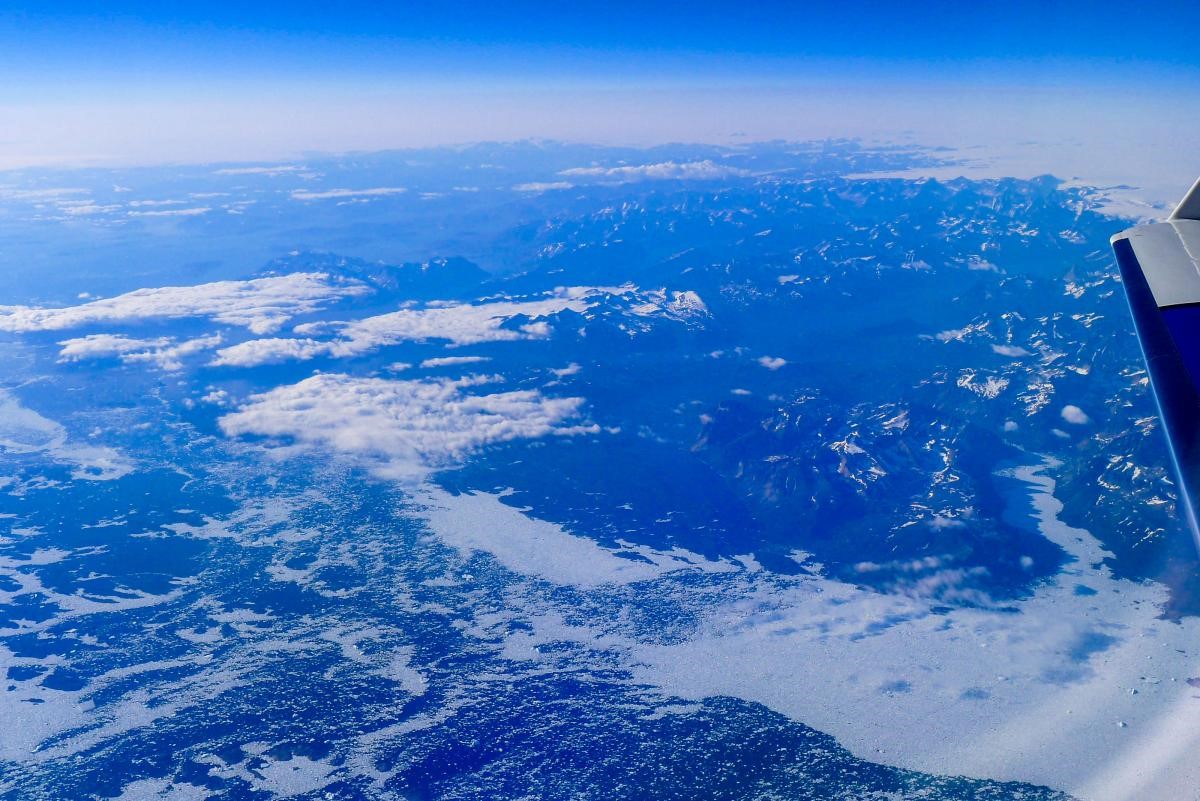 Flying in, I was thinking how everyone has of course heard of Greenland – so big and white in the upper-middle of every world map there is – and maybe everyone had heard a mysterious tale or two about the place, but hardly anyone at all has ever been there, never set foot on its frozen (for millennia) permafrost, and never tried its national cuisine. Well, after this trip, I’ll be one of those hardly anyone at alls. Can’t wait!…

Even the pilots – who’ve seen more beautiful panoramic views than most – got their smartphones out to snap the extraordinary scenery below. It turned out it was their first time to the country…

Whoa! Now the pilot in command leaves the flying duties to his deputy while he takes a video of the whole landing! Haven’t seen that before! 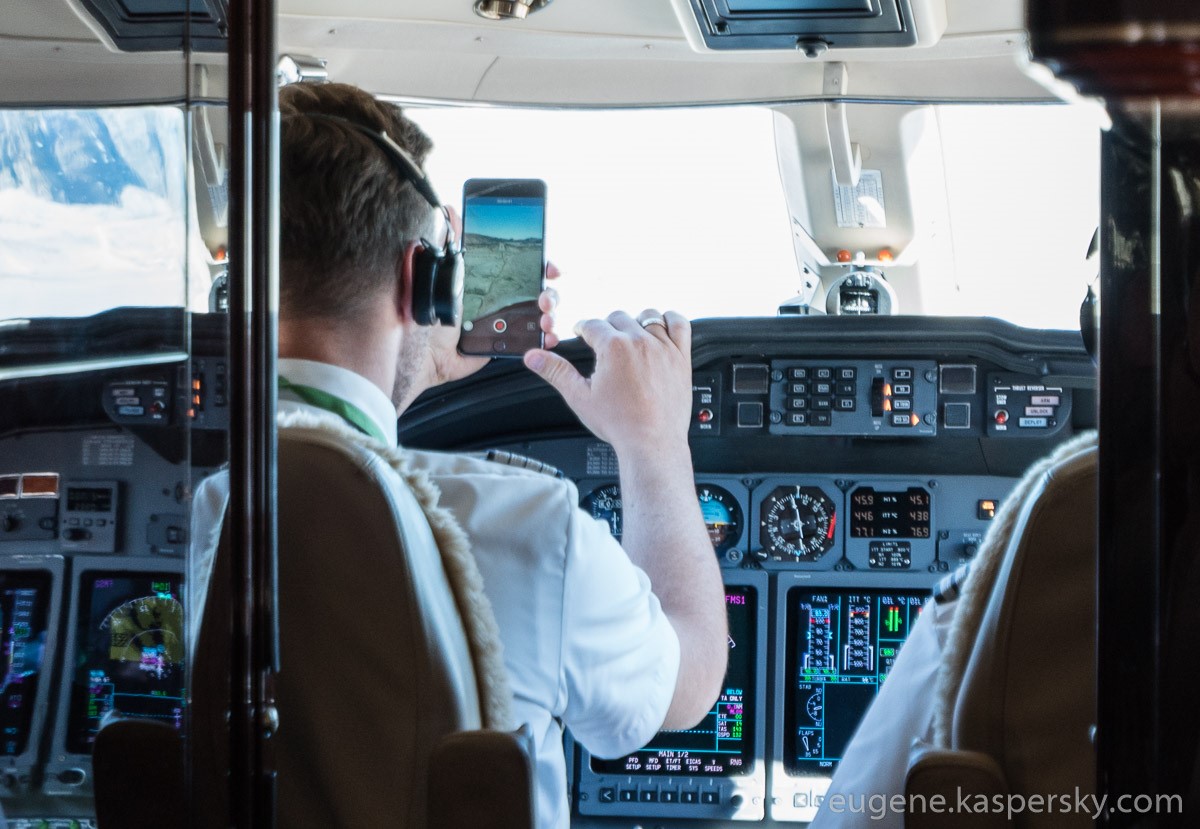 Here we are, at Greenland’s international airport. One word: modest (for a whole country)! 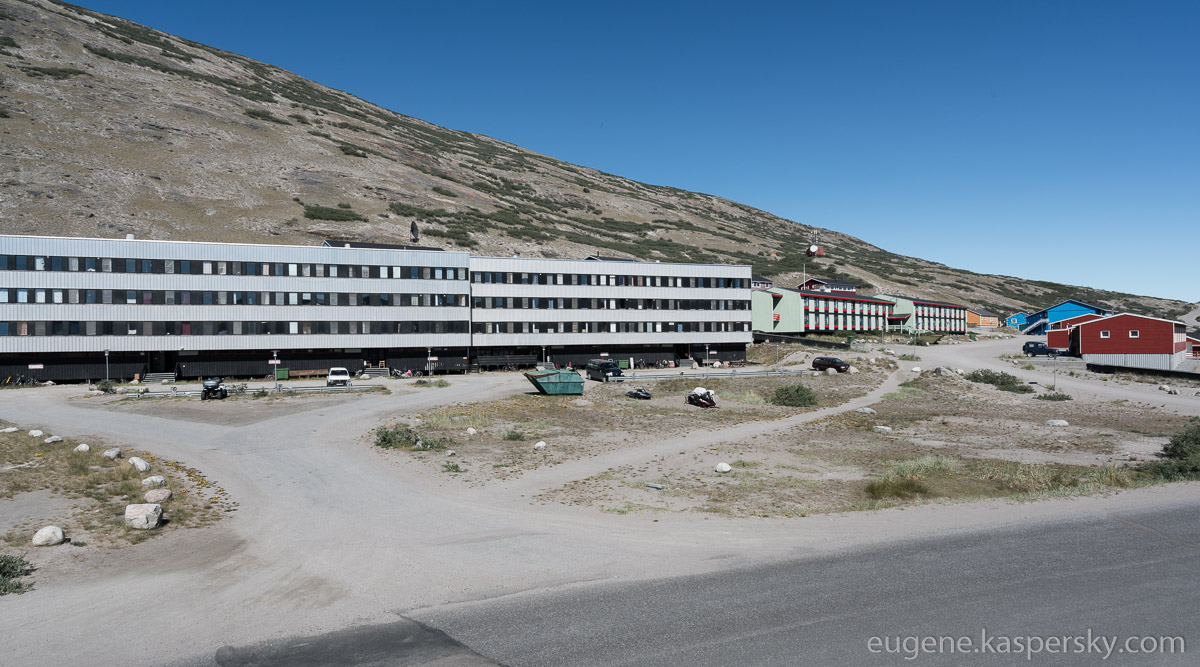 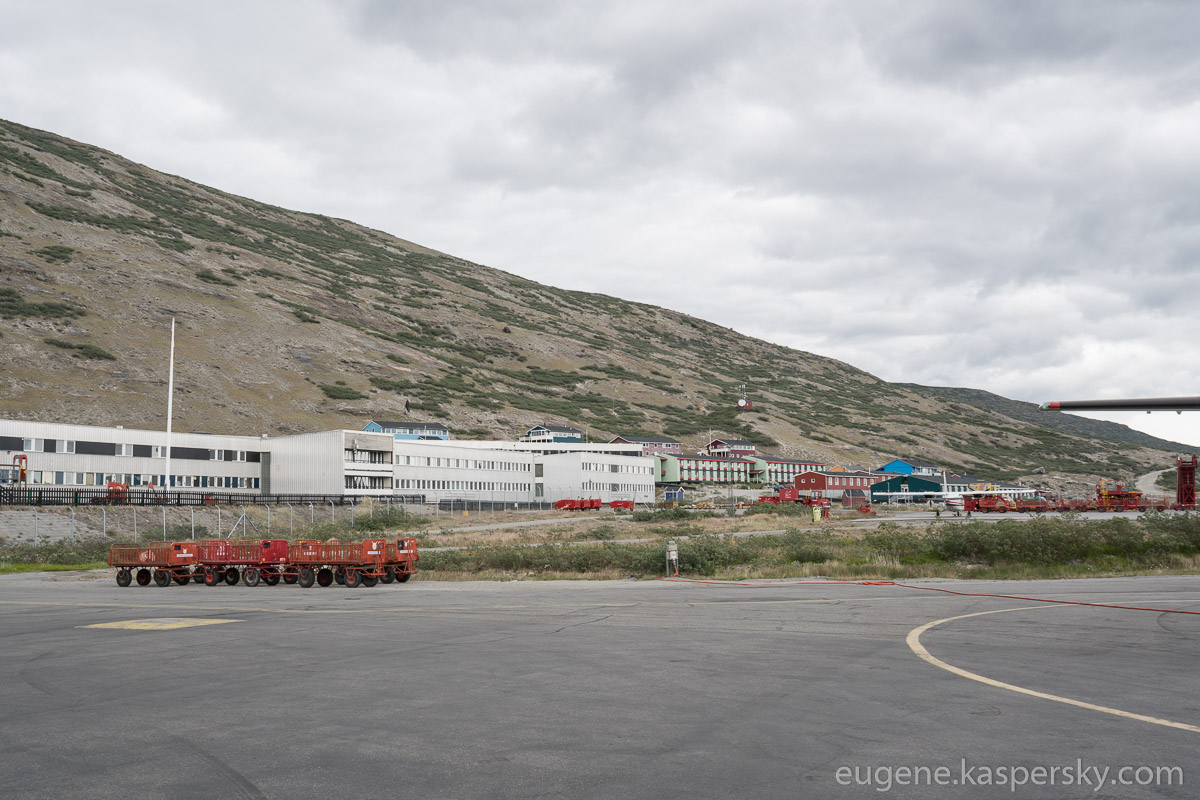 It’s a long way to everywhere from here. Although, for once, the North Pole isn’t so far :).

Hmmm. To Moscow it says it’s just five hours and 20 minutes. But I’m sure it took more than six when we later flew home.

Two curiosities about the stamp in the passport:

First, Greenland is Danish territory; however, you can’t fly here with just a Schengen visa. Since it’s an ‘autonomous country within the Danish Realm’, you need a separate Greenland visa. It looks just like a Schengen visa, only instead of ‘Schengen’ at the top it says ‘Greenland’.

Second, for the first time in my life they didn’t stamp the passport at the customs window. We didn’t even see any customs window. The customs officer squatted down, passport in hand, took a look at the cover, opened it and found the visa, and then stamped it ‘Welcome to Greenland’ there and then on the asphalt (not concrete, asphalt!)! I’d have taken a pic of the squat-check-stamp maneuver, but you know what border control folks are like: photography forbidden!

We swiftly transferred to a local Air Greenland plane and flew out again. Curiously, all the carrier’s planes are painted bright red. Even more curious, every Greenlandic plane is painted bright red, I was told. Call me unoriginal, but I would have thought one of two other colors :). 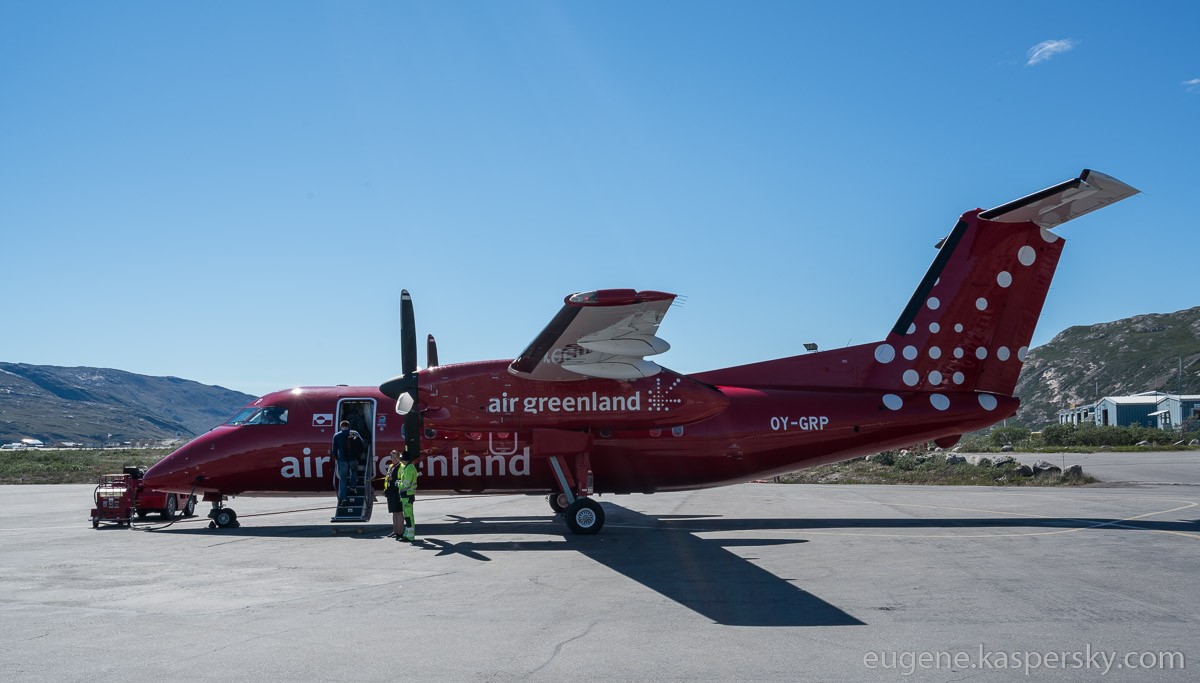 PS: for the curious among you, I’ve two questions on the Greenlandic-aviation theme:

// Note: it’s not only air transport that’s painted red; other means of transport are too, and not only in Greenland.

2. Why is it that all international flights only come in to the small settlement of Kangerlussuaq in Western Greenland, and nowhere else, and then passengers need to fly further on smaller local red planes?

Back tomorrow folks, with more on our Greenland adventure…