I reckon snooker is the most… progressive of all cue sports. The most fun and enthralling to watch too. It takes cool composure, a sniper’s precision, and strategic cognition to be a successful player. Don’t know the rules? Here they are.

As I told you yesterday, we were at the Riga Masters just recently, and I had the honor of awarding the cup to the winner – this one here: 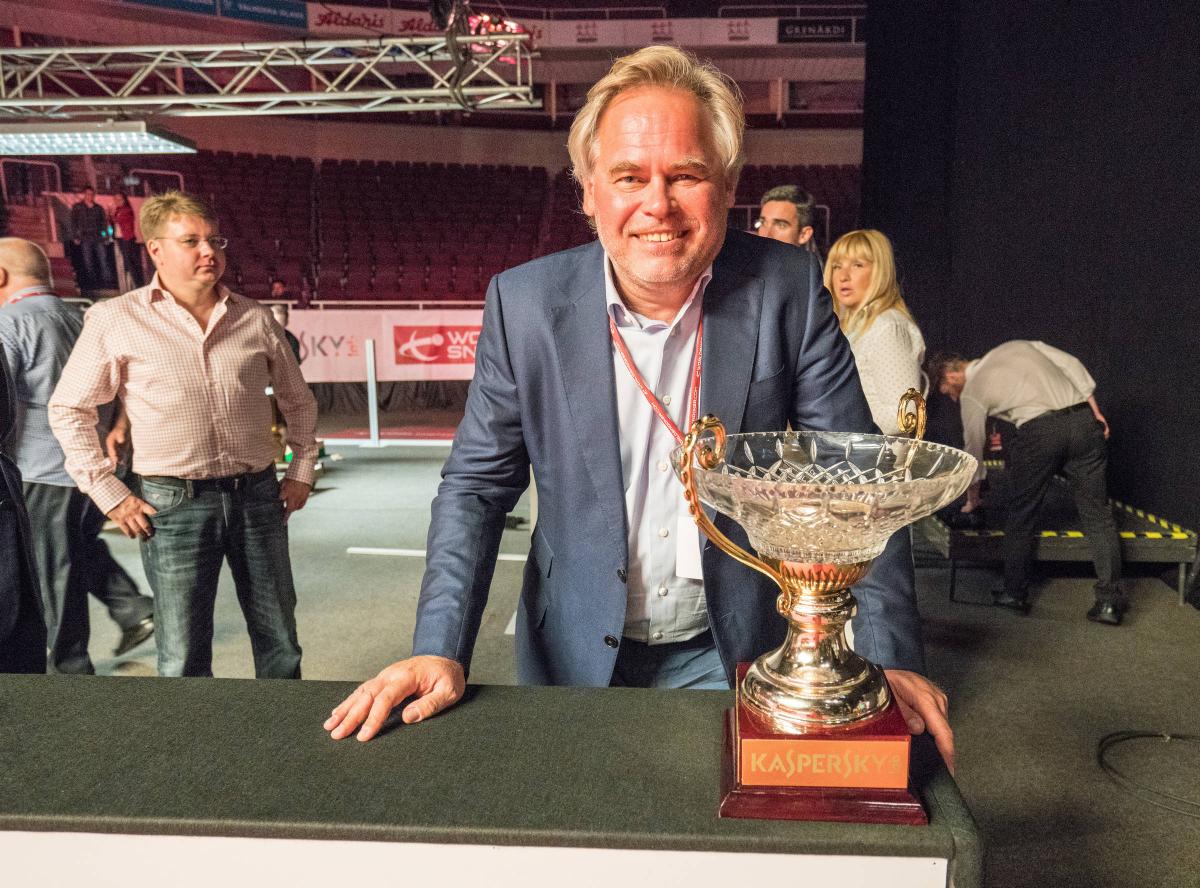 The start of the final… 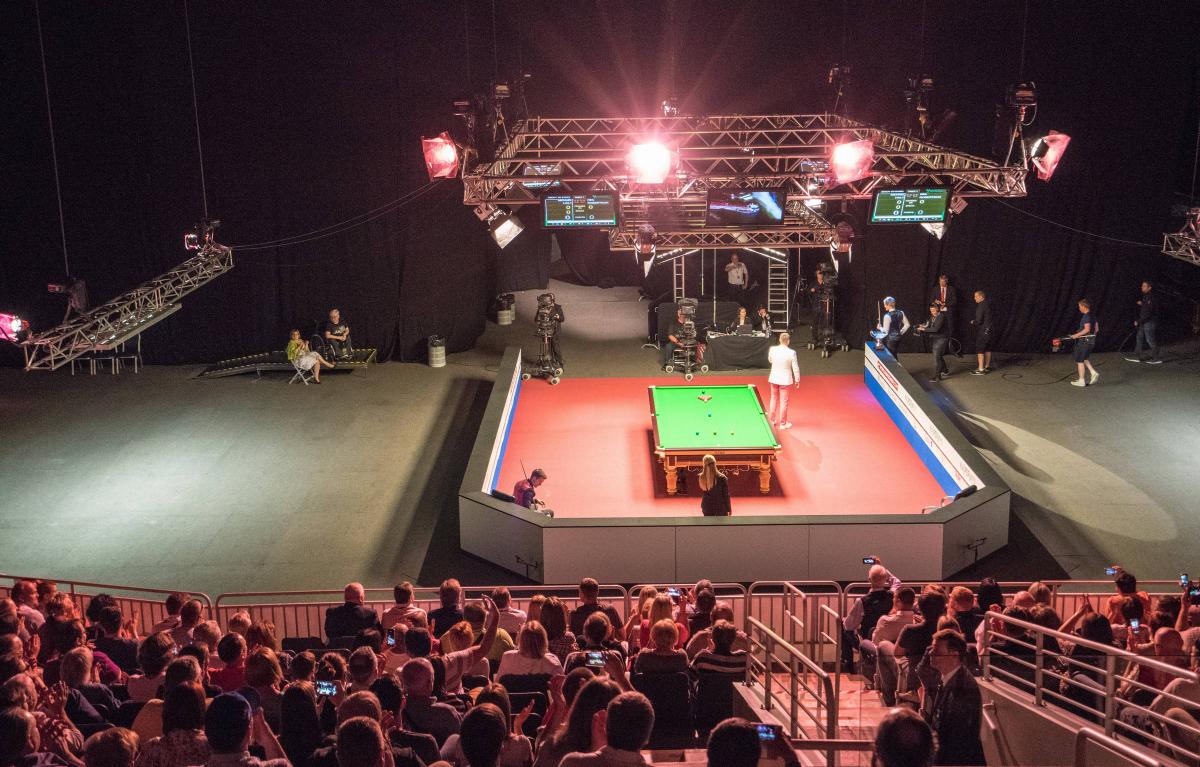 Phew, it was a long nail biter. It lasted more than three hours! Sometimes matches do go on for long like this as the rules state the winner needs to win five frames. The first few frames lasted around 40 minutes each, which is a long time for snooker. The players were like…tightrope walkers! Carefully weighing up their every move, maintaining balance, avoiding rash movements. It was a long match, but that was just great – the longer the better, just like a thriller novel or film you don’t want to end! 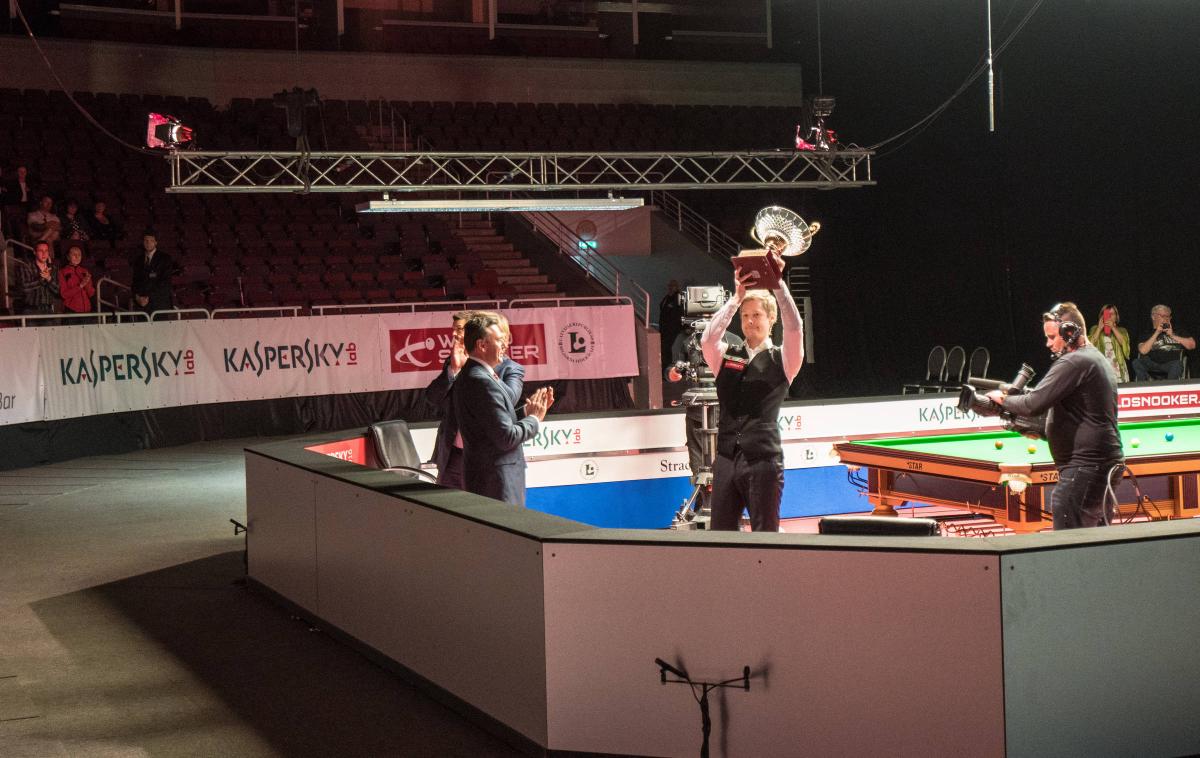 The highlight for me was playing a frame with Neil! Sure he won – easily. But it’s the taking part that counts, innit?! 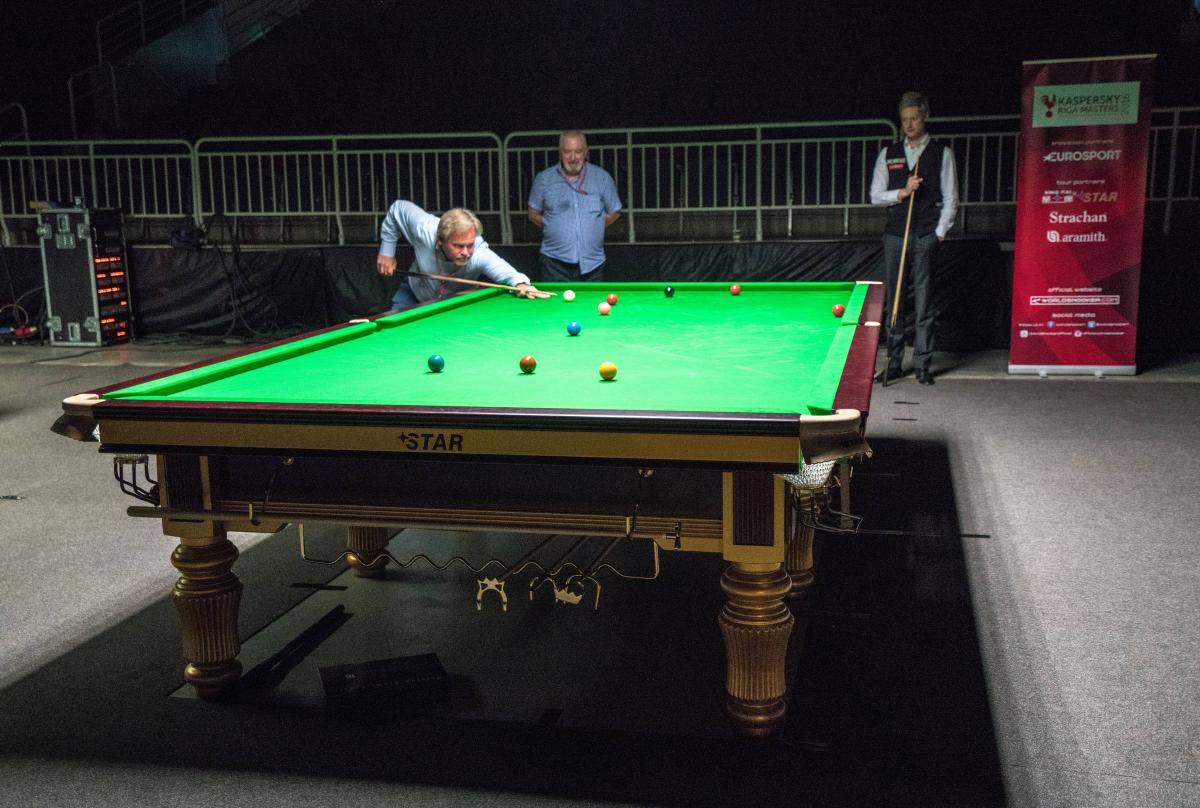 I wonder if he played worse than normal not to show me up too badly? Like parents lets their little ones beat them at a game :). 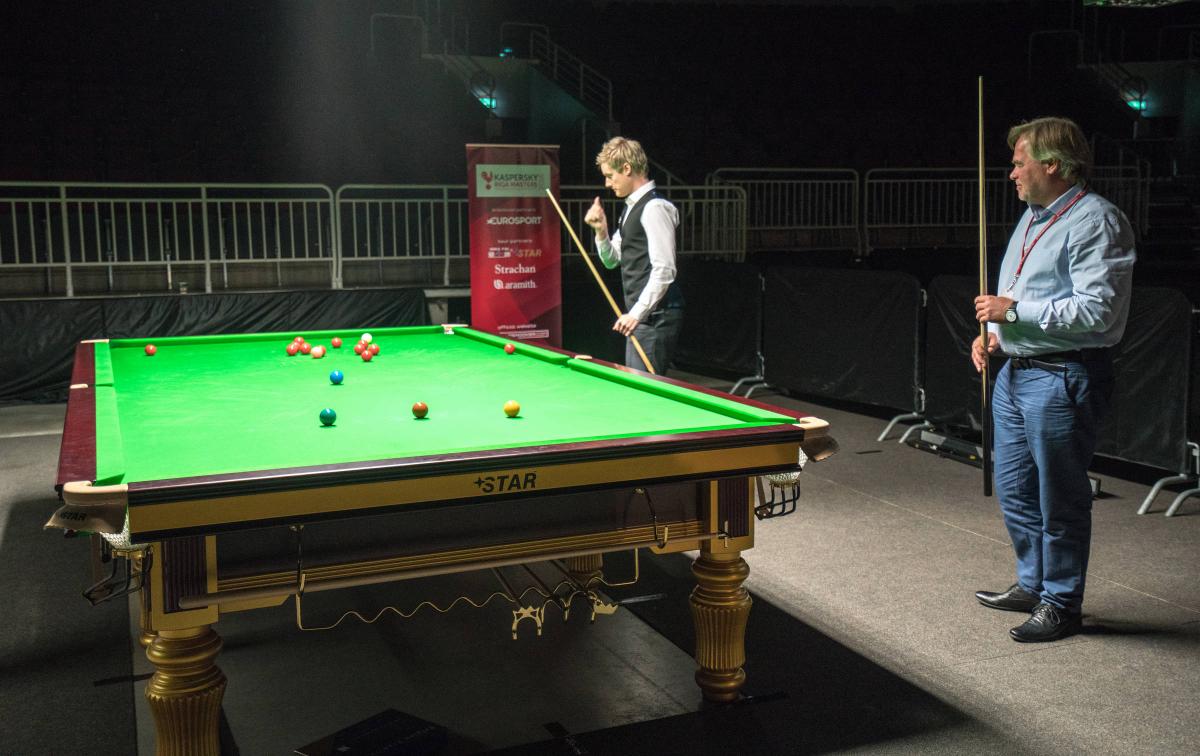 Oh my green baize! They just keep getting potted!… 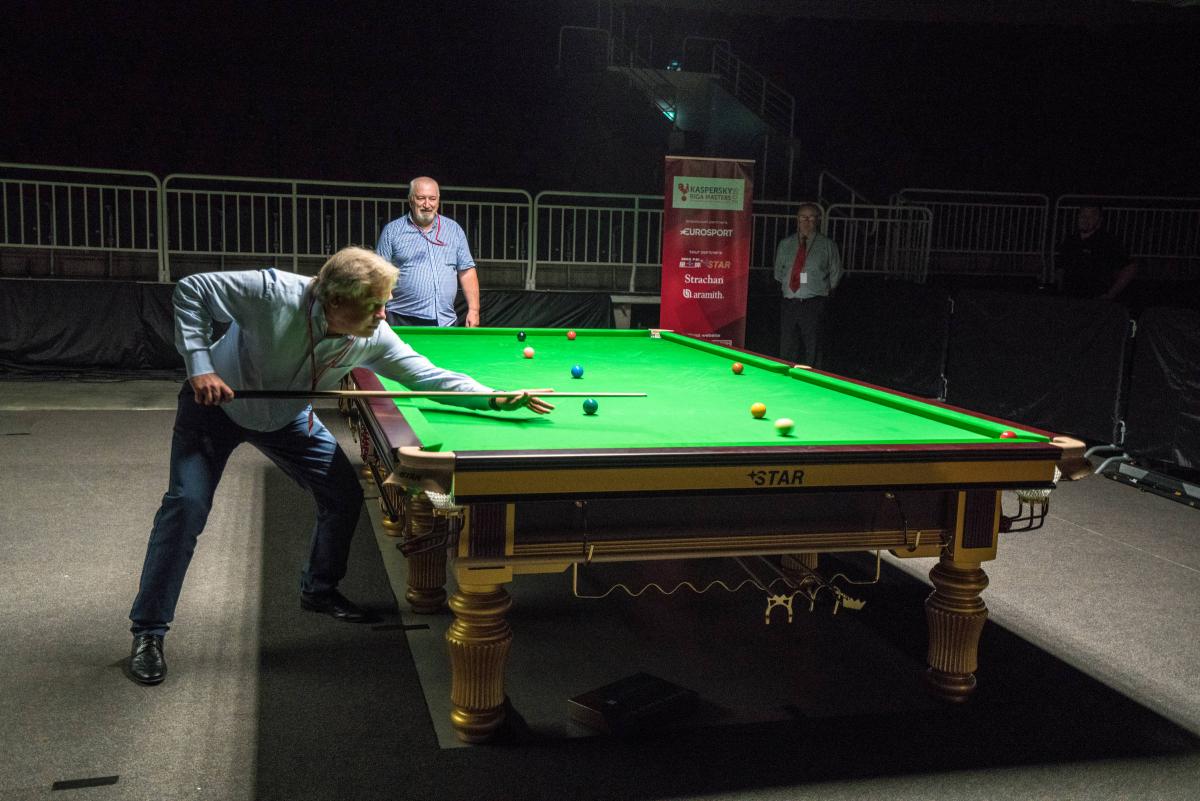 And for my valiant attempt I got a signed cue ball! 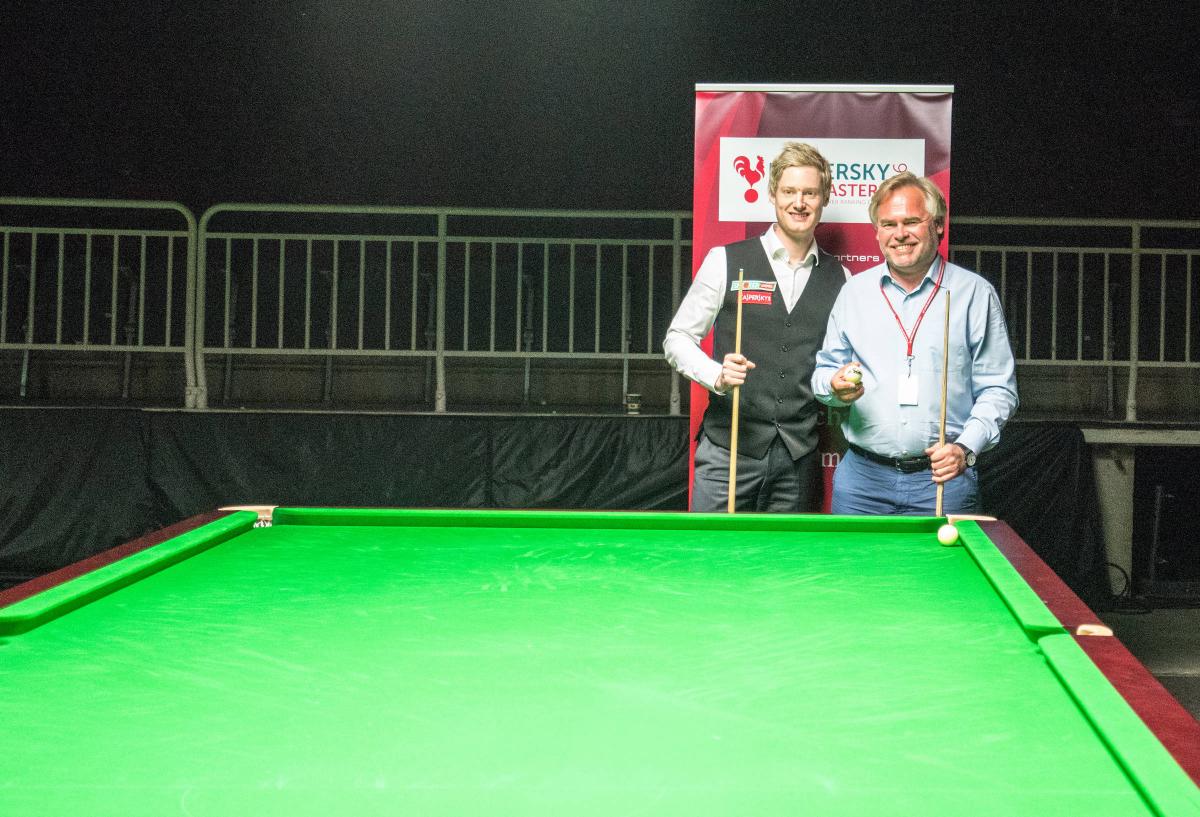 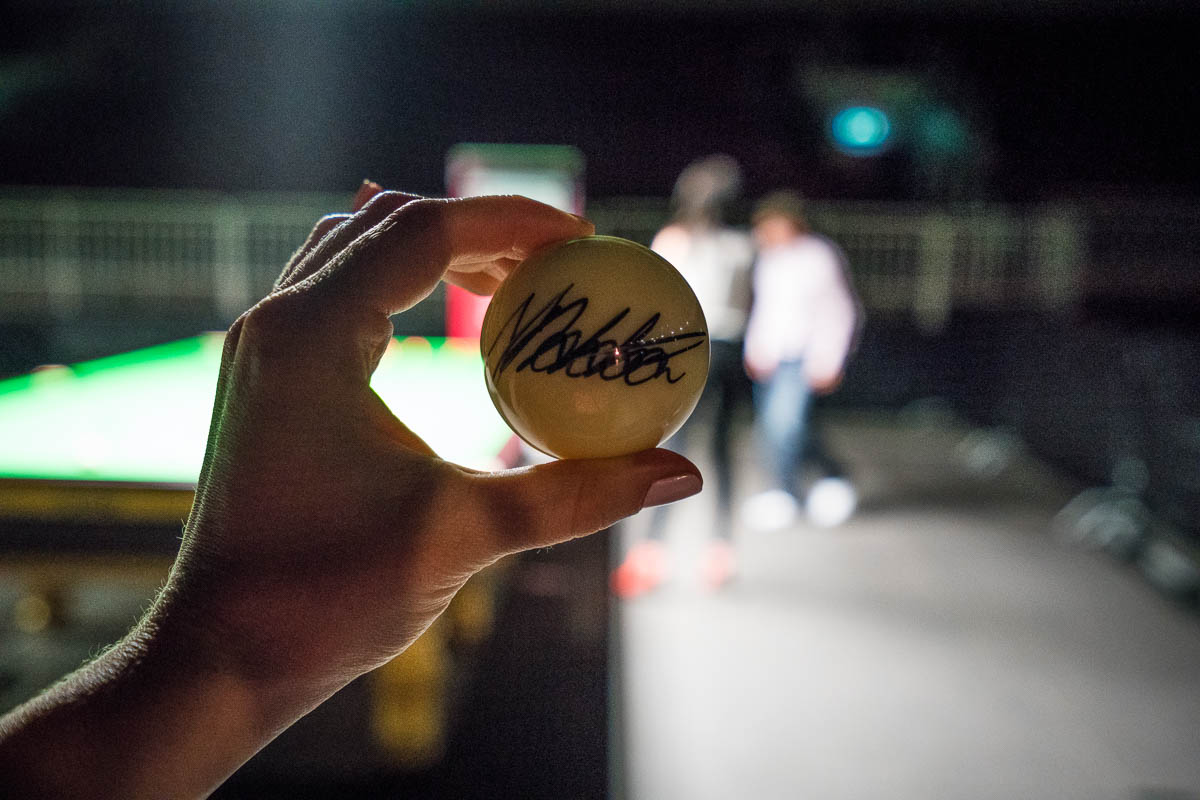 One thing I didn’t know before coming here was that a full-size professional snooker table weighs around two tons! It’s also a fine example of how both traditional and modern technologies sit side-by-side in one and the same sporting appliance. The flat bed under the baize is made of quarried slate, but the table also features a heating element – to dry out the baize if it’s too humid.

I was surprised to witness how it takes just half an hour to dismantle such a table. Two tons? You’d think mechanical lifting gear would be needed, but no. Bizarre!

That’s all from Riga folks. Back tomorrow from… Tenerife!… 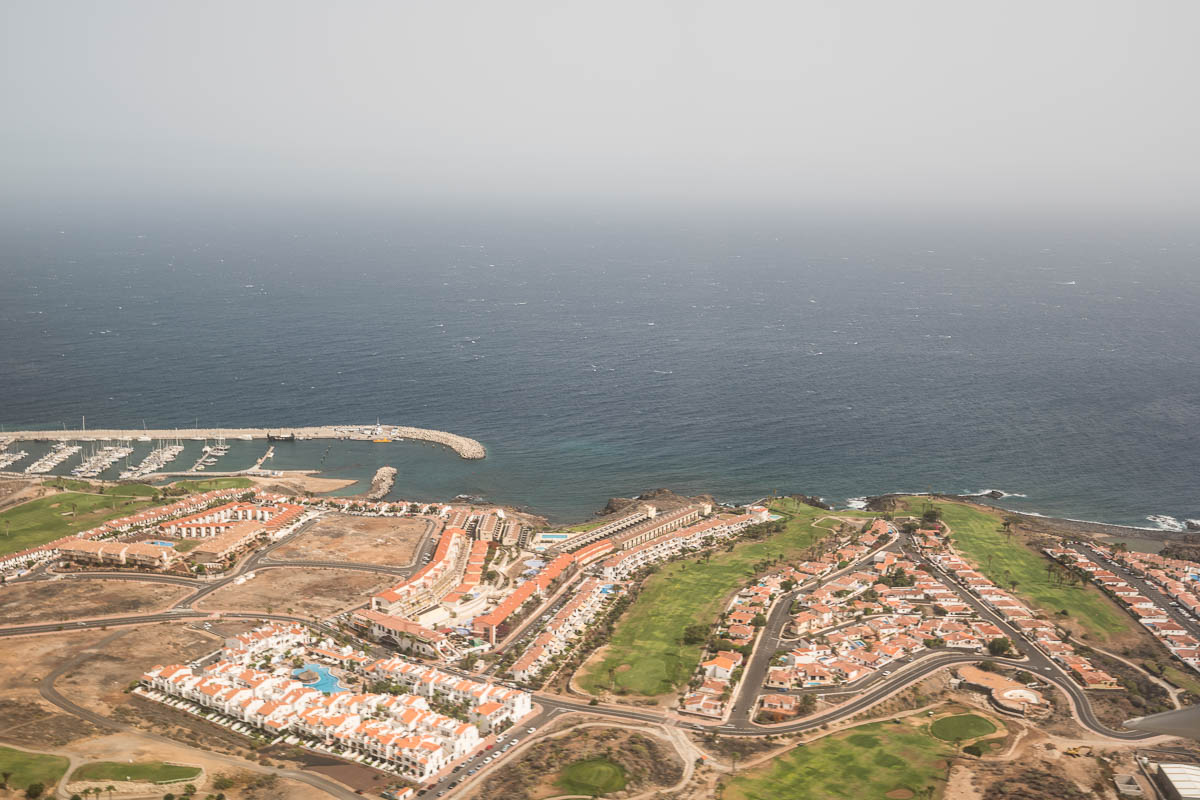