It would be a real shame to come to the Alps, to the home of Italian alpine skiing, and not put on a pair of skis and personally try out the slopes in the surrounding valley. It’s been quite a while since I last put on mountain skis… way back in 2012!

I used to spend a week or two in the Alps each winter. These days, too much business things that can’t be missed, so I don’t really get the chance to go on a proper skiing break till my legs start giving way beneath me and my hands start shaking. However, this time I was in luck: three and a half days of slopes and enjoying alpine landscapes! The Alps are truly fabulous in winter! // Chances are they are just as nice in summer, but I’ve never seen them at that time of year :) 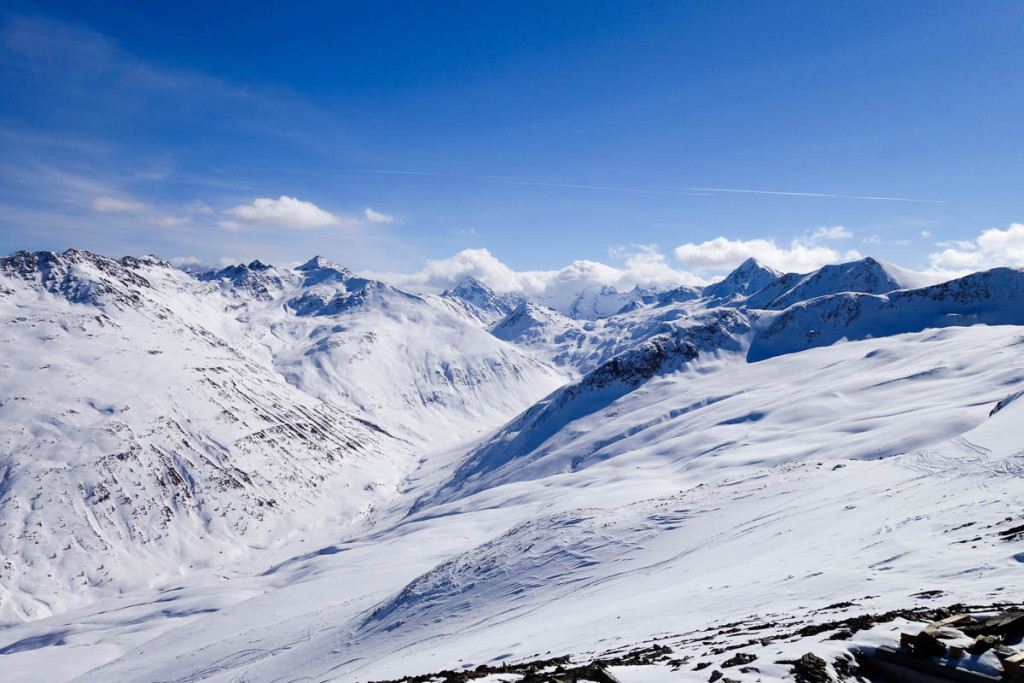 Unfortunately, the weather only permitted a day and a half of actual skiing. Nasty winds started to blow, bringing a thick cover of cloud that dumped snow on everything around – leaving no chance for skiing. In fact it’s a good time to escape while the last available mountain passes are not yet closed.

Ah yes, here is a little bit more background from the Ferrari F1 on ice and snow blogpost.

Of course, there was no chance of me driving an F1 car, not that I was expecting to. You have to have an FIA super license to drive a car like that, and it takes a lot of work and proving yourself on the race track to qualify for one. However, I did get behind the wheel of a Maserati and ripped up some snow.

One thing’s for sure: this Italian supercar is most definitely not made for the snow. It’s heavy and too smart. Felt like trying to control a heavy motorboat. A Maserati on snow is like a loaded barge on water. It has huge momentum (it is heavy after all), is very slow to react to the accelerator (the computer is too smart). Every now and then, the car got stuck, so we had to get some less sophisticated brute force to help out the ‘herd of horsepower’ under the hood. 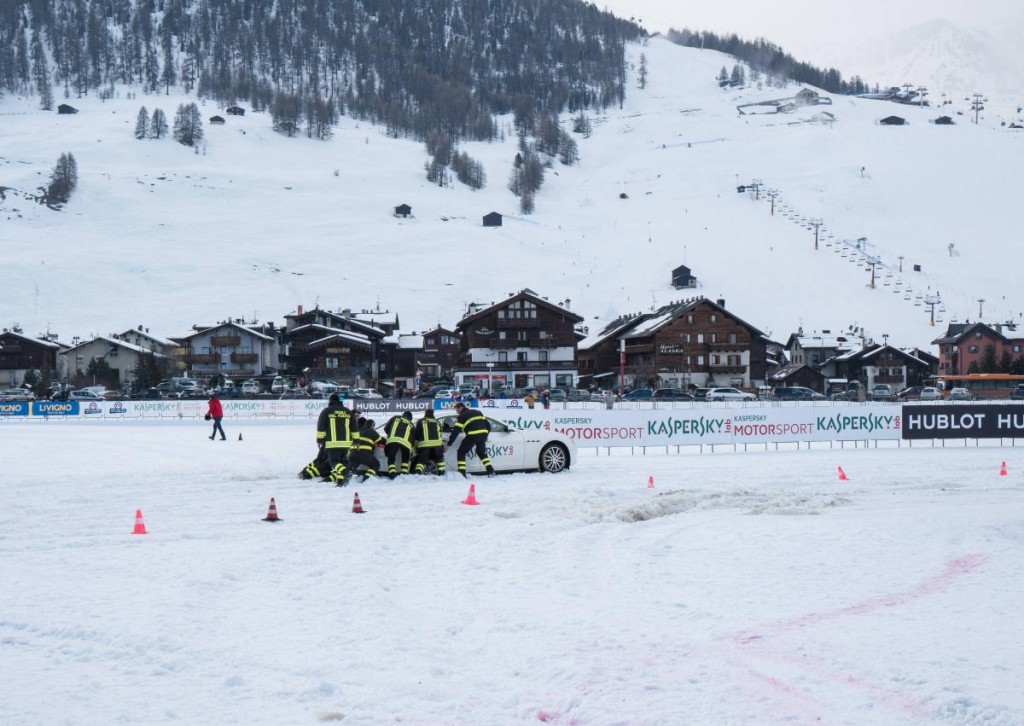 The bad weather meant I had some time to walk around Livigno. It’s a bit dull. But what do you expect? The place isn’t intended for wandering tourists; they are expected to ski or walk in the mountains depending on the season. Anyway, it all feels a bit samey. Surprisingly, there are virtually no sidewalks. Pedestrians walk along the roads and hate the cars, while the drivers, honking their horns, hate the pedestrians. Then they swap roles :)

There is this lovely, cozy, welcoming (the way I like it) beer restaurant Birrificio Livigno. It has its own brewery. They claim to make beer at the highest elevation in Europe. The brand is ‘1816’ – the brewery’s elevation above sea level. 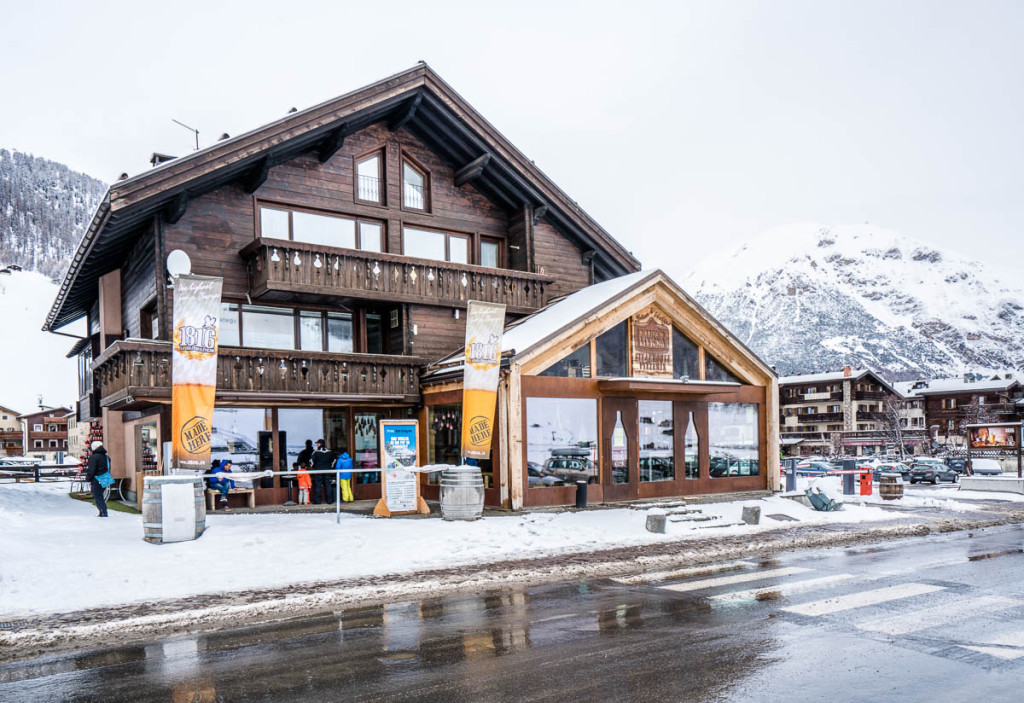 And yes, I can confirm that all the brewery equipment is indeed located inside the restaurant. Now, what do you think this brewery is managed with? That’s right, SCADA. In front of the iron tanks and pipes there are several visual display units showing the entire management of the brewery manufacturing process.

The food in Livigno came as a pleasant surprise.

Of course, I couldn’t try all the restaurants, but those we did visit were very impressive. Unfortunately, the prices are not part of the attraction, despite the fact that Livigno has duty-free status, and the prices in the shops (according to those Italians in the know) are about ~50% lower.

Anyway, enough of the negatives; there are also some wonders to be found here. For instance, in the restaurant La Tresenda they ‘served’ a real live lama between the main course and dessert! Ladies and gentlemen, a real lama, i.e. a “South African mammal of the Camelidae family” (c) Wikipedia. I almost fell off my chair… 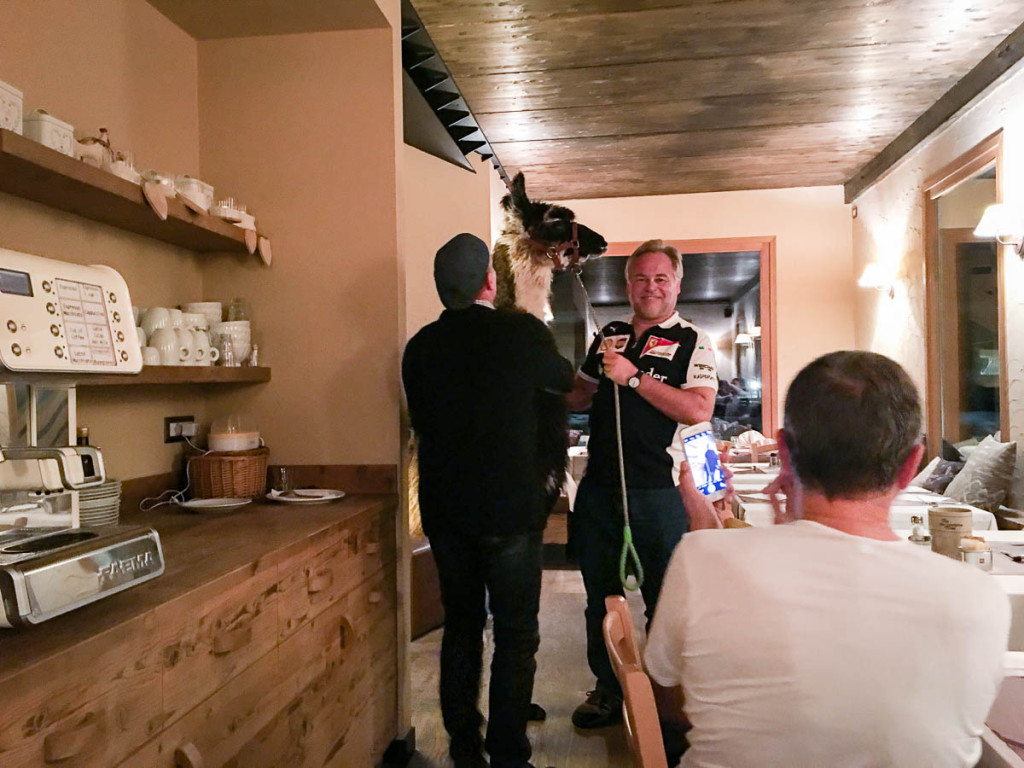 It turns out they have a whole zoo up here – in one of the local barns there are also alpacas, horses, cows, sheep and goats. There are definitely no ostriches: they’re not best suited for such altitudes, while the South American mountain animals feel right at home.

And to round off the topic of the Italian Alps in general, and Livigno in particular, this is a photo of a dummy on the street, wearing a nice “Blog” T-shirt. I have no idea who he is and why he’s there :) 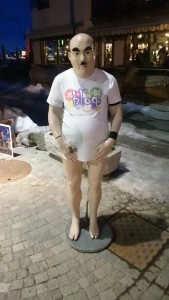 I really wanted to go skiing in Livigno, but the extreme overcast weather drove us away from the Alpine ski resorts and on towards our next planned activities.

It proved no easy task to get from the Italian Alps to the closest suitable airport (which happened to be Frankfurt). There is no helicopter traffic (the clouds are too thick and low, nor were we planning to travel by helicopter), so the only suitable option was to travel by car – 570 km!

The navigation system in the car suggested one route while Google suggested another. Hmm, looks like Yandex maps would be more help. Apparently, Google can’t handle any options involving traveling by car on a train. Or am I just not using it properly?

OK, a question to the audience.

Given there is the option of boarding a train (and getting the car on board as well), taking a ride through a tunnel and taking a very good shortcut, why doesn’t Google know about it and stubbornly refuses to understand, while Yandex does?.. Oops, sorry, Yandex can’t see it either. Both fail.

It’s always fun to take a car ride in the Alps, even in bad weather. And even if the top of the amazing scenery is cut off by a low grey mass that either rains profusely or sprinkles snow of varying types, it is still breathtakingly beautiful. Wherever you look there are scenic views – cliffs, mountains with little frozen waterfalls, trees covered in snow, hairpin bends next to precipices. Lakes, cliffs, dams, tunnels and bridges…

Out of the blue, a chamois appears on the road. Not sure whether it’s wild or domesticated, but it’s wearing a collar:

Next comes a conflict of navigators.

The built-in Mercedes ‘female voice’ insisted that we take a left turn, while the Google navigator insisted that we keep moving straight. There was a short dispute with my fellow driver A. Sh., and then we decided to turn left. And we nicked it. It was a once-in-a-lifetime chance to ride a car and a train simultaneously! Honestly, I didn’t know there were such Alpine routes. You pay 38 francs for the service, wait about 20 minutes, drive into the carriage, put on the hand brake, the train starts, and 20 minutes later and through a 19-kilometer tunnel you find yourself on the other side of the mountain range, pretty close to the famous Davos. This is how it looks – you go through Vereinatunnel.

We had to cover some 570 km, the first 120 km of which were through beautiful Alpine scenery, and the rest – 450 km – were on plain Swiss (speed limit of 120 km/h), Austrian (130 km/h) + German autobahns. (In Germany, there are lots of places with no speed limit whatsoever). Virtually all of this took place under heavy snow or gray drizzling rain. It felt bleak, even on the fast German autobahn with no speed limit.

We then had some fun, however, when approaching Frankfurt airport. We had to drive to the Sheraton hotel. This turned out to be more difficult than expected – even two guys with university degrees (your humble narrator holds a math degree, and my fellow driver holds a degree in humanities) couldn’t figure it out. After our third lap around the hotel we decide to find an alternate way of getting there ;)

Who knows the right way to drive to that hotel? Navigators and Google maps are no help – they all went crazy. We tried asking the local personnel – they didn’t have a clue, either. It appears to be a mysterious topological phenomenon.

And that’s all from my European trip. Stay tuned!