I’m not sure who exactly came up with the idea, but the first I heard about “Ferrari F1 on a ski slope” was about half a year ago. The very thought of driving a racing car on the ice and snow is so ridiculous that we just had to do it – that’s how we and Ferrari roll :)

This is what the event looked like at the Livigno ski resort at an altitude of 1,800 m, in front of a huge crowd of skiers, local residents, tourists and racing fans. 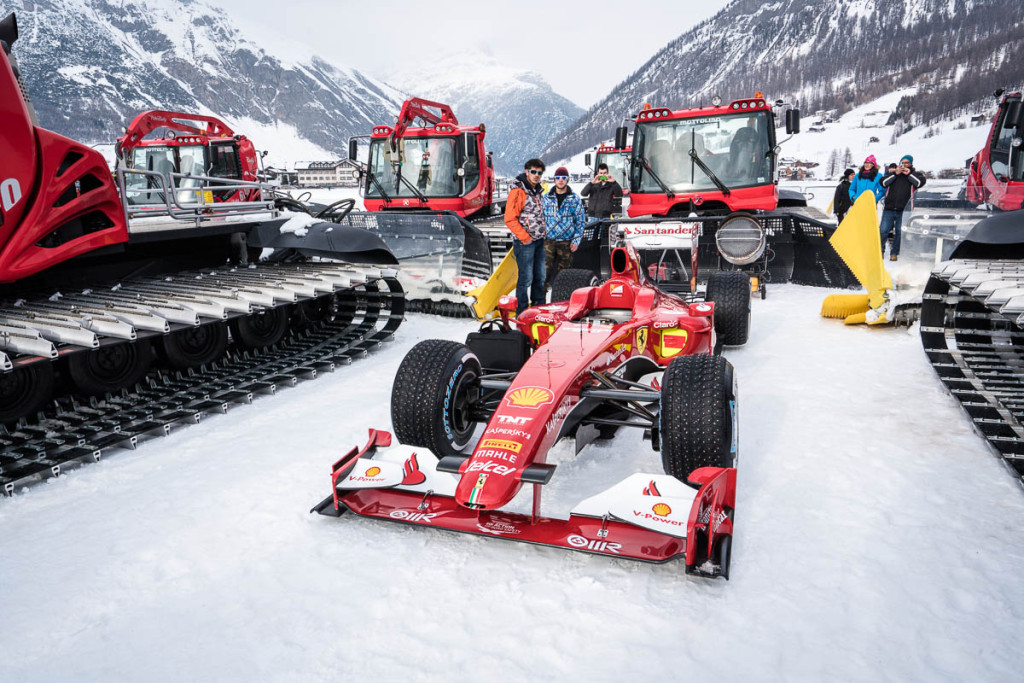 #Ferrari #F1 car is now ready for the victory. I'm ready. Are you? #forzaferrari

At first, it felt a bit weird seeing a Formula 1 car on the snow and ice. The car, naturally, was also surprised, just like a horse would be if it were ridden at night, in a storm and the pouring rain. You could almost hear the car saying, “Hey driver, are you mad?” It was whirring around in the snow, which, by the way, was also taken aback: “What are they doing on me? – that’s no pair of skis!” The car was almost rowing over the snow rather than driving – which was quite understandable given the torque. It was a surprise that it actually got going at all.

However, the crowd applauded, shouted and the show started to gain momentum. First the car did a fast lap or two, then it did one with skidding at every turn, then there was a pit stop (changing the studded tires for winter tires), then there was a run through the village (the village got a surprise too), and back to the snow. Finally, there was some engine roaring and spinning that kicked up a haze of snow, much to the spectators’ delight.

F1 aficionados may be a little surprised by the studded tires. 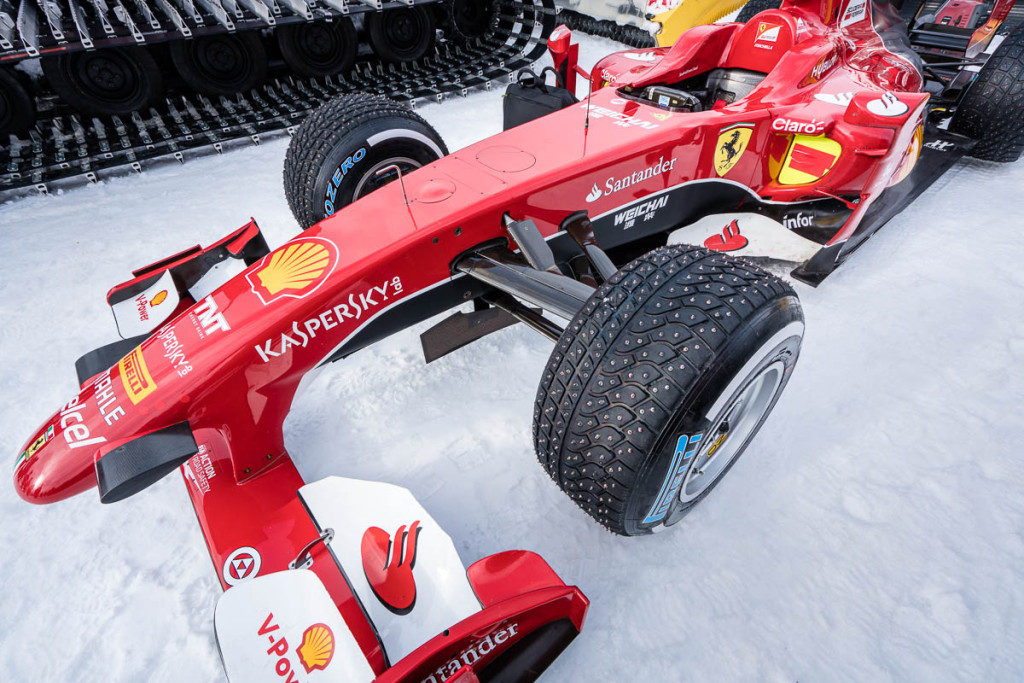 Yes! A special set of Pirelli tires made especially for the show: 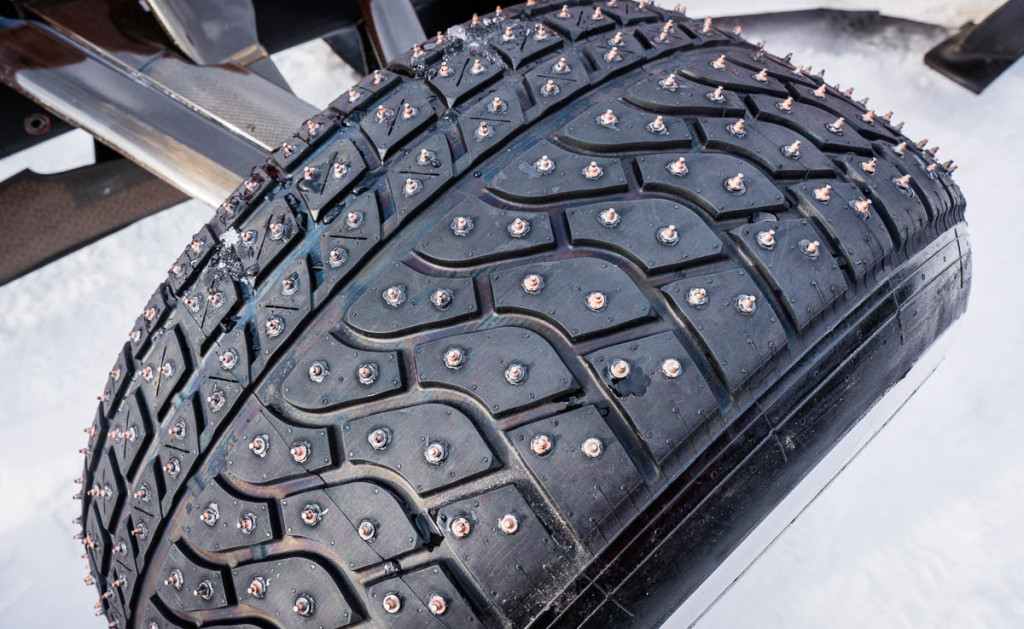 Another technical detail: it was a genuine F1 car (the 2009 F60 model), driven by Giancarlo Fisichella in place of Felipe Massa. Yes, it was Fisichella behind the wheel in Livigno. Oh, and the snow was real too.

A Formula 1 track – the snow was in for a shock. 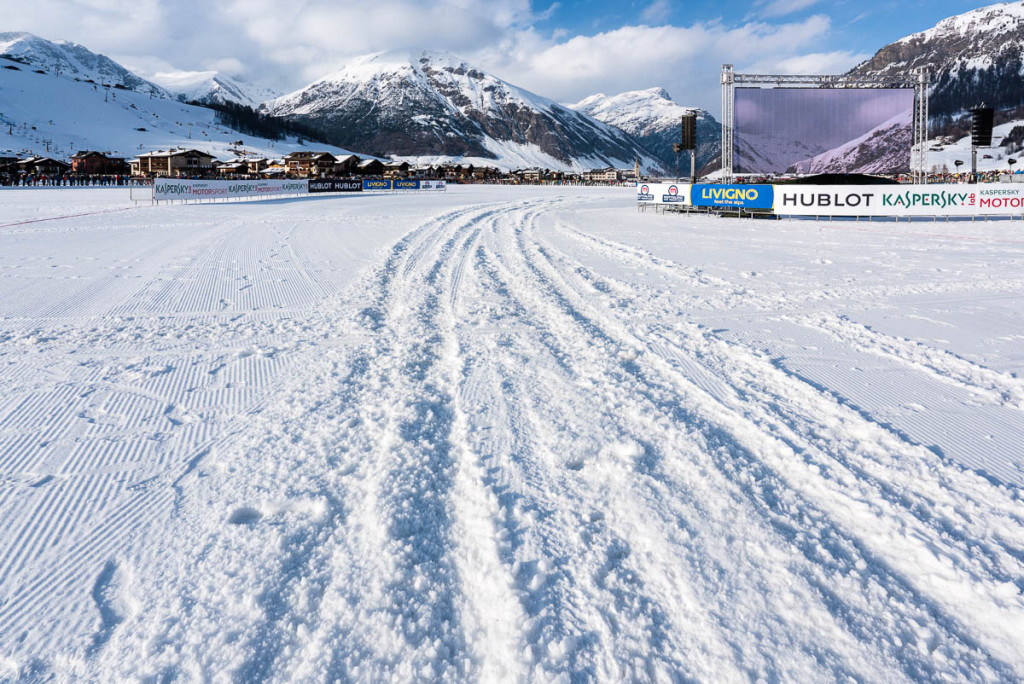 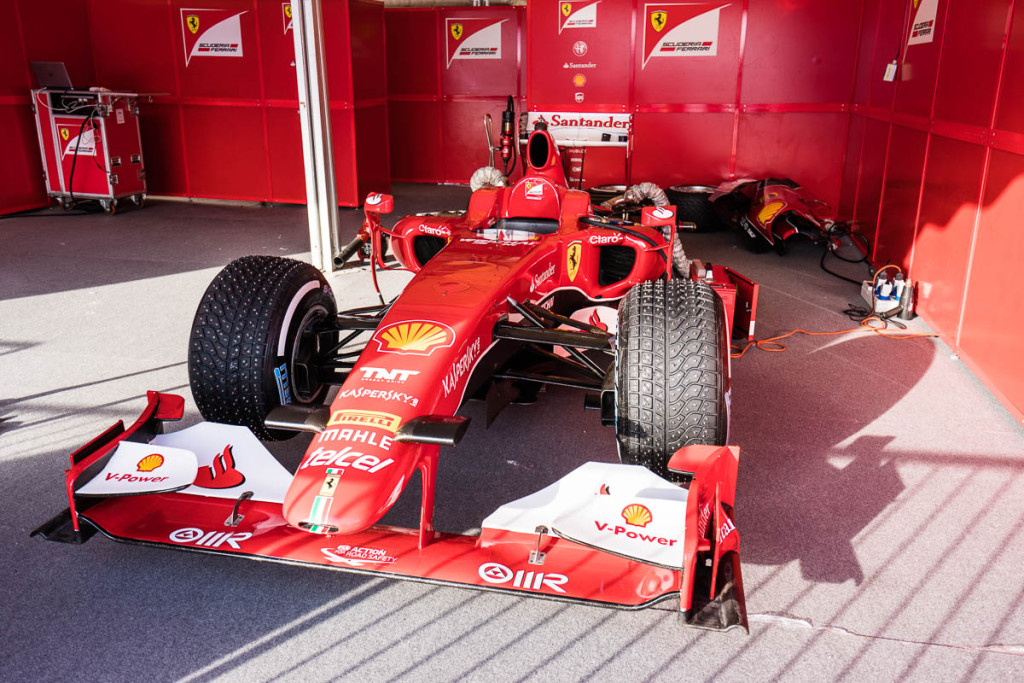 The crowd loved it and so did the sports press.

It is also important to note, of course, that this was not part of the preparation for the 2016 season. Nevertheless, we could see there’s a good atmosphere at Scuderia, team morale is good, the cars are raring to go, and the season promises to be spectacular.

Check out the rest of the ‘Ferrari on Ice’ photos here.