Now, a bit on where to stay on a safari. In the African savanna there are two options – either in tents or in hotels.

They say that spending the night on safari in a tent is really cool. Although not the most comfortable of habitats, what more than makes up for that are the night sounds all around: the growls, woofs, miaous and roars that occasionally cut through the constant background hums and hisses of all creatures wild and great and small as they eat, hunt, mate or whatever else it is they get up to at night.

But we stayed in hotels.

So what can you expect from a hotel deep within the Tanzanian savanna, tens if not hundreds of miles from the nearest civilization? As it happens, you can expect something great! The places we spent the night were really decent, each with a swimming pool and plenty of other conveniences and facilities on site. There are of course the inevitable local ‘specifics’ you have to get used to, but then you get those practically anywhere (no paper napkins on tables in London…, but I digress:).

Ok, about those specifics…

Ngorongoro Sopa Lodge. Our first overnight stop at the top of the edge of the Ngorongoro Crater. 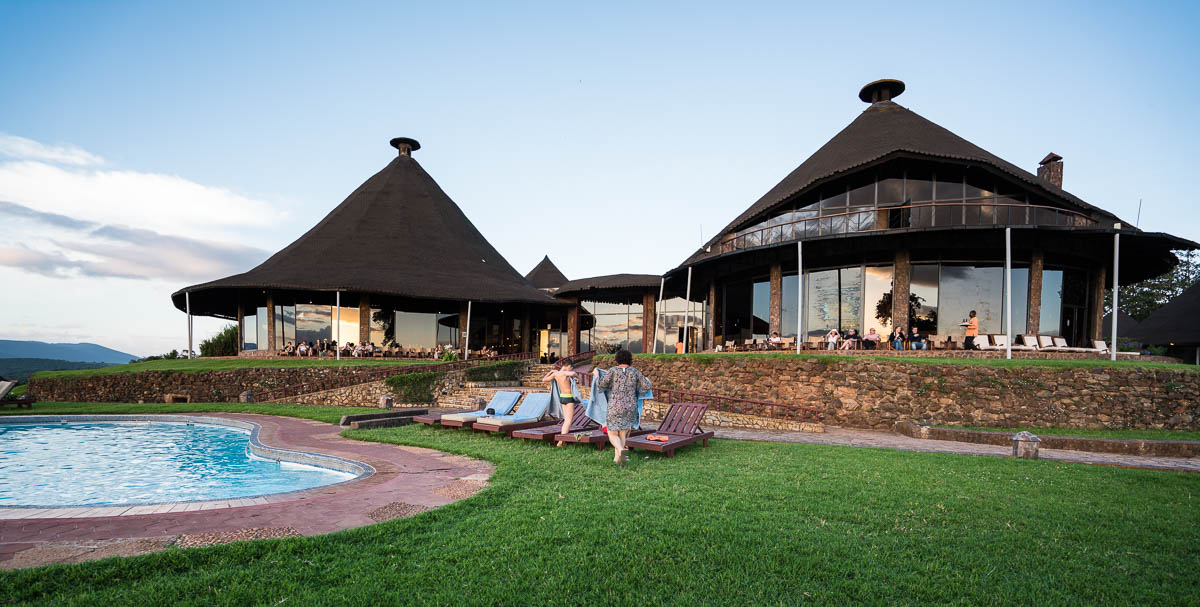 The view over the crater: a simply stunning sunset!

And a delightful dawn:

First off: wild antelopes and other beasts come right up to your lodgings; not for the easily spooked :).

Regrettably no electrical grid reaches here, so all power comes from generators. This means certain conveniences we take for granted normally are somewhat curtailed. Hot water, for example, is only available between 5 and 8am, and 5 and 8pm. Besides, power outages are known to occur.

However, there is a perfectly reasonable Internet connection (not the fastest, but at least email can be downloaded), the rooms are comfortable, and the restaurant isn’t bad at all. One fairly freaky local specific: since to get to the rooms from the lobby/pool area you need to walk down the ‘street’, you need one of the appointed staff to accompany you – they know exactly how to deal with the wild animals that might take an interest in you en route J. It’s the same in most hotels in the savanna.

Alas, we arrived at sunset and departed at dawn, so we didn’t get round to checking out the amenities to the full. We didn’t even get a chance to have a dip in the pool; same goes for the other hotels. A slower pace would have been better, to have at least till noon to take it easy and bathe and take in the surrounding sights from the comfort of a comforting hotel.

The following night was at the Serengeti Serena Lodge.

Perched at the top of a hill, this complex is made up of small thatched-roof cottages with three rooms in each. Clean, cozy. Restaurant, pool, Internet: all present and correct, sir.

The pool and the views around from it – oh my greenery. Sadly, once again, we didn’t have time to kick back in comfort: we arrived late, left early after a quick breakfast, and that was that.

incidentally, approaching the Serena we became acquainted for the first time with the tsetse fly. Ouch!

Our third night was spent at the Mbalageti Serengeti Lodge.

It’s reeeaaal far, almost as far as Lake Victoria! This hotel is also on a hill, and also surrounded by 360 degrees of insanely beautiful savanna scenery.

Dirt tracks. Wild animals roam about and lurk in the bushes. The bungalows are cozy, despite the canvas walls :).

Check out the authentic locally crafted chandelier in the lobby: 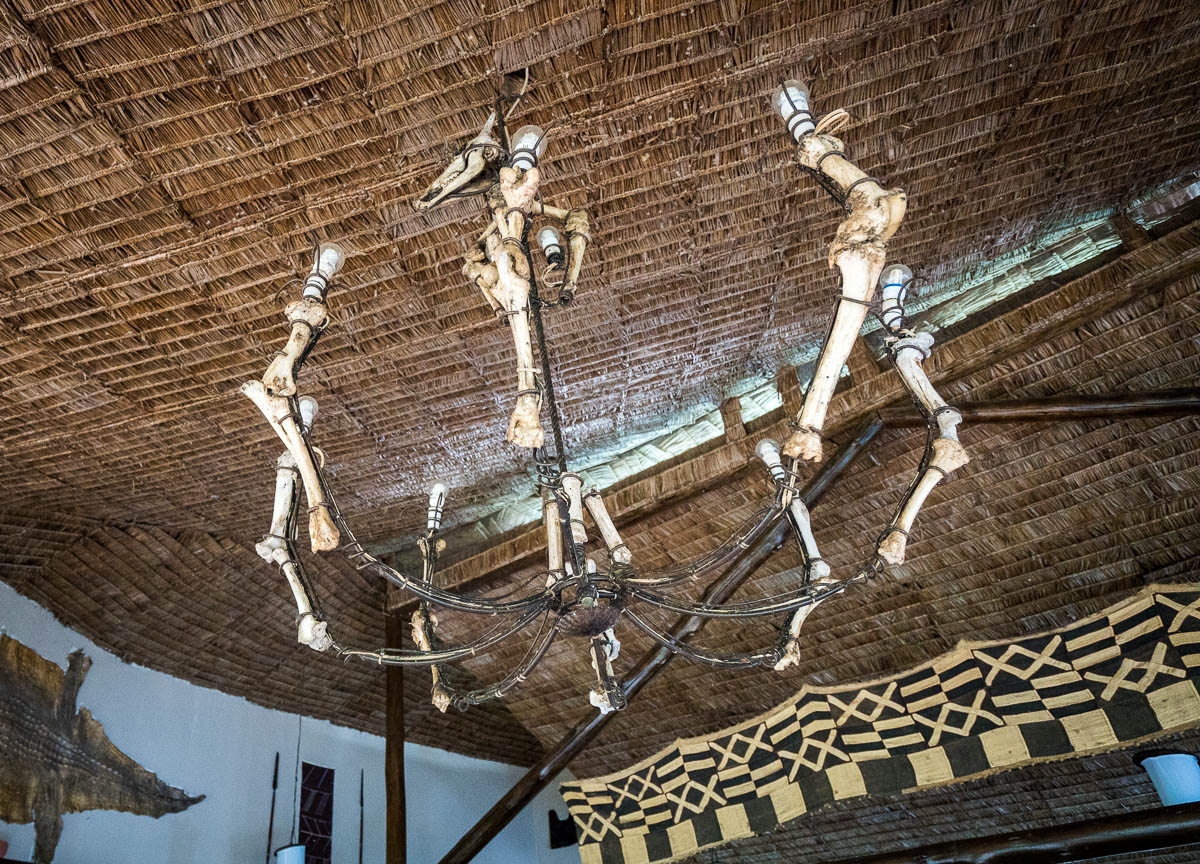 Here’s the conference hall. Not bad at all! 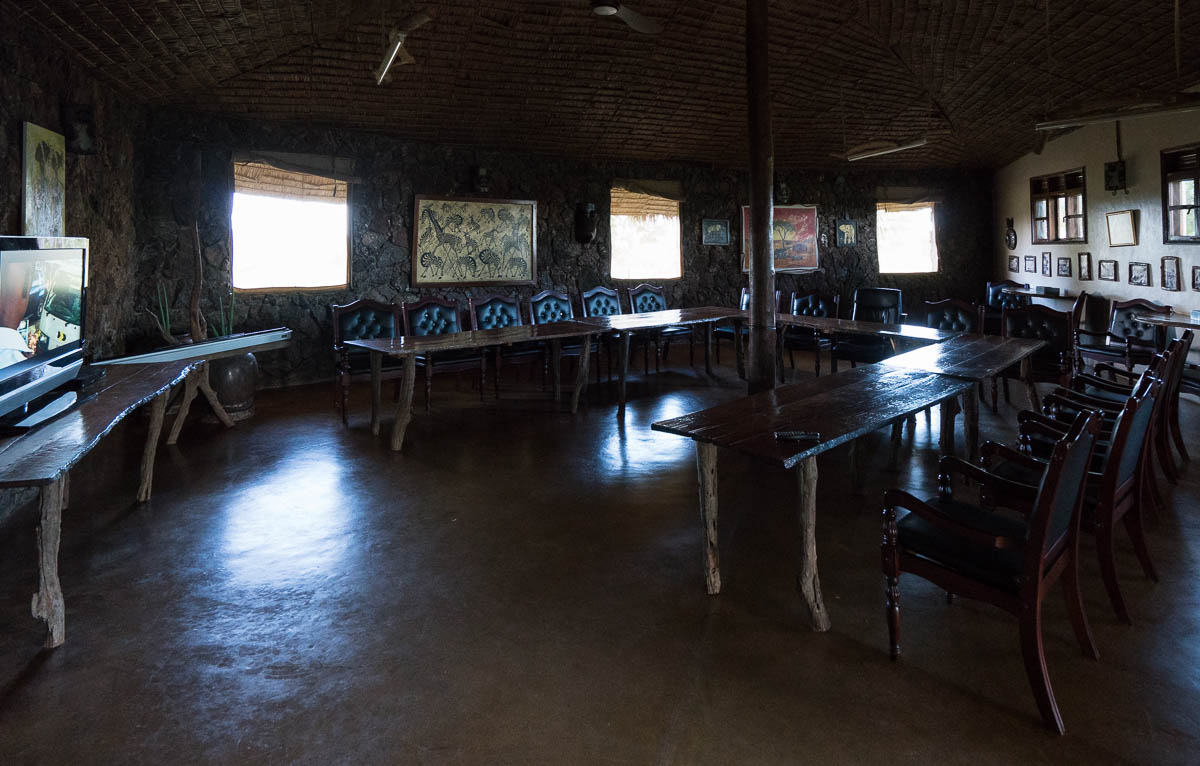 One good thing, at least if you’re not staying too long, is that there’s no Internet. Nor any cellphone coverage. No landlines either!!

One means of communication present in every room was a whistle in a box. I reckon these are used when you need to attract the attention of the staff. Haven’t seen that in any of the zillions of hotels I’ve been in around the world. I just feel sorry for the other guests. Imagine having a high pitched whistle going off when your neighbor gets the munchies in the middle of the night! 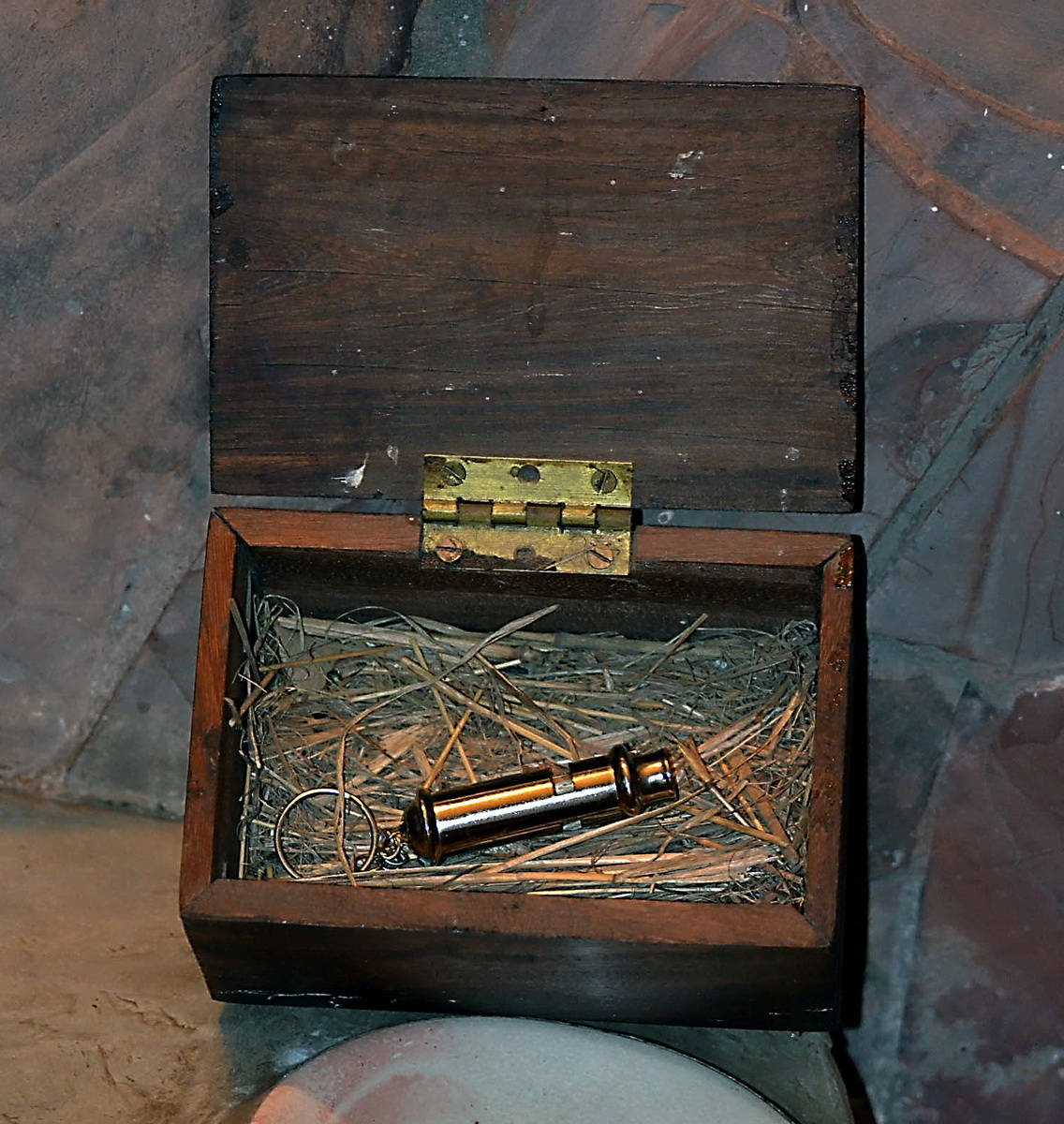 The generators here come on between five and nine in the morning and four and half-eleven at in the evening. At night it’s candlelight only. Not that that’s a hindrance: tourists are normally beat after all their safari-ing; and anyway, “earlier to bed, earlier to rise” (- Petrovich).

Mosquitos here are really hungry. Long sleeves and long trousers recommended to save you pints of blood. Apart from that – all hunky dory.

And now otmotaem back a bit. Before and after climbing Kilimanjaro, and then after Safari (before the flight to Zanzibar) we spent a few nights in the “base camp” — the Ngare Sero Lodge in Arusha .

Very decent place! Comfortable cabins, a pond with birds (like the 200 species of birds live there), the monkeys in the trees, electricity and Internet 24 hours a day.Civilization! 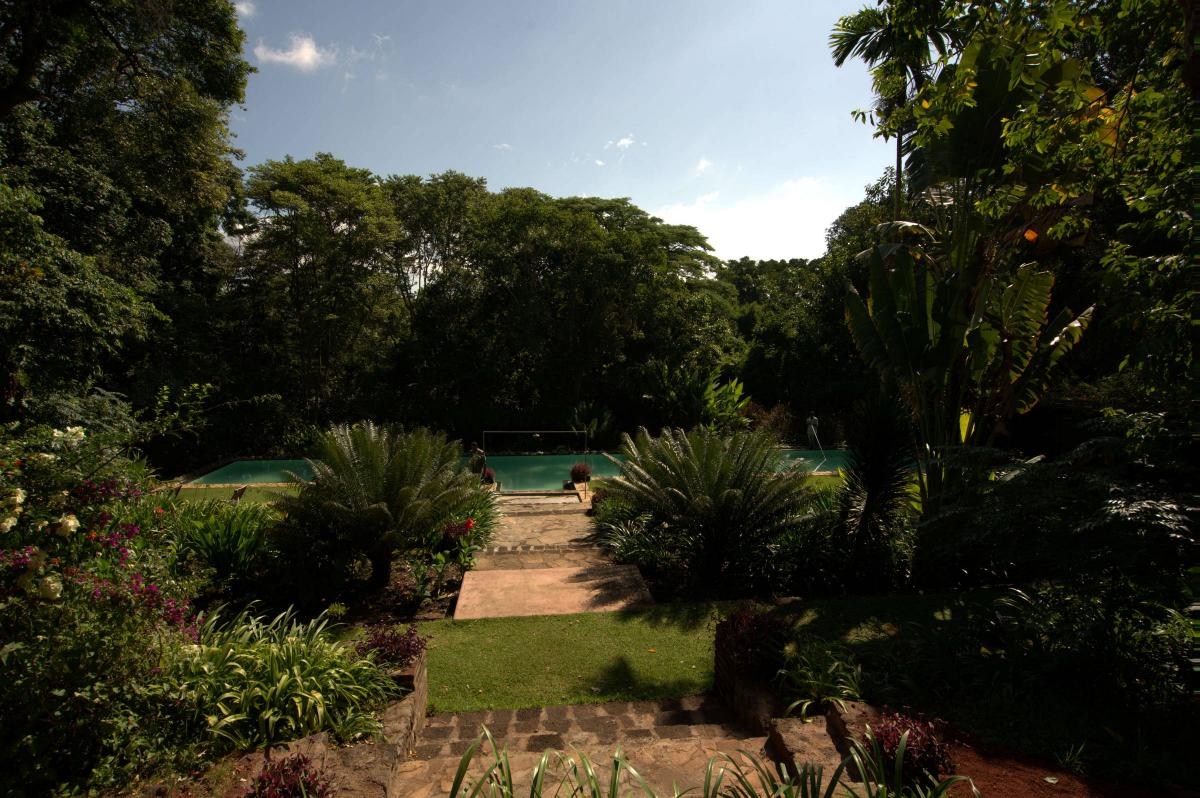 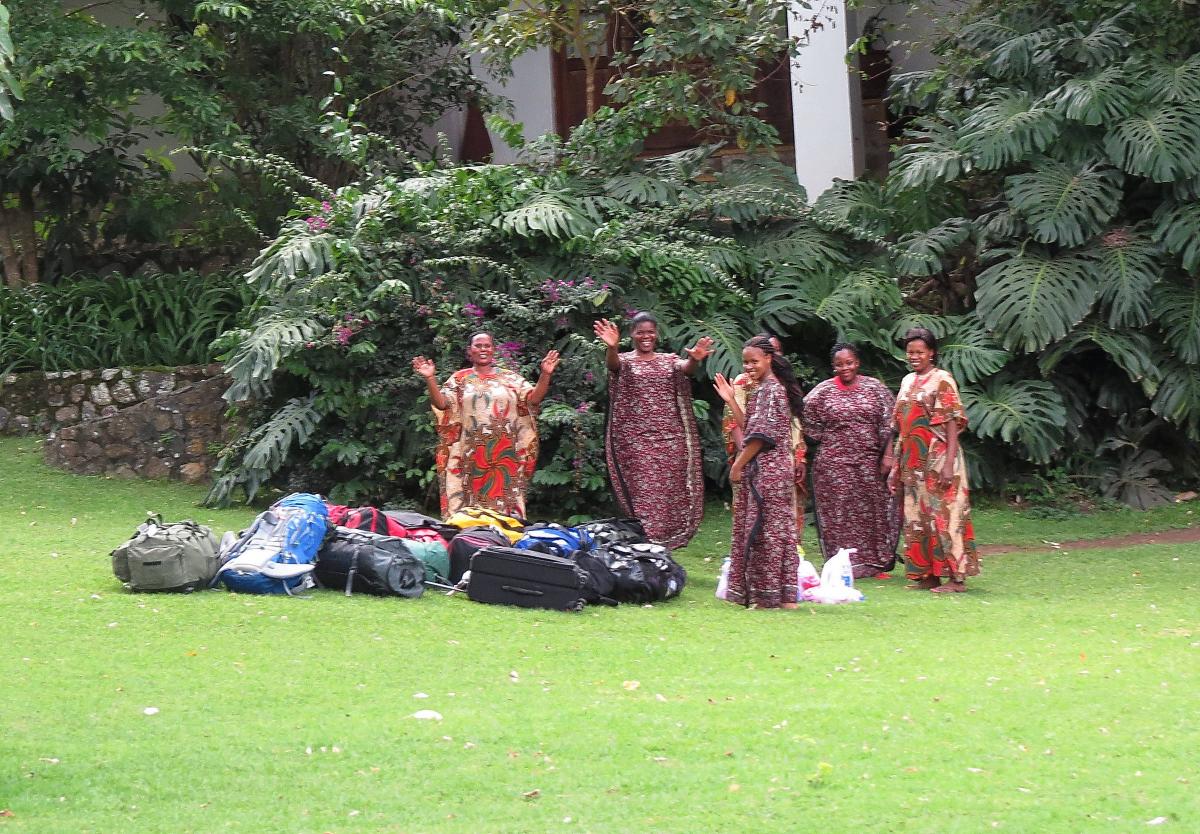 Around a variety of birds and other exotic (for tourists) living creatures:

Behind the trees is the pinnacle of Kili. The first morning (before climbing) watched with trepidation, and then with nostalgia. I’d like to come back! 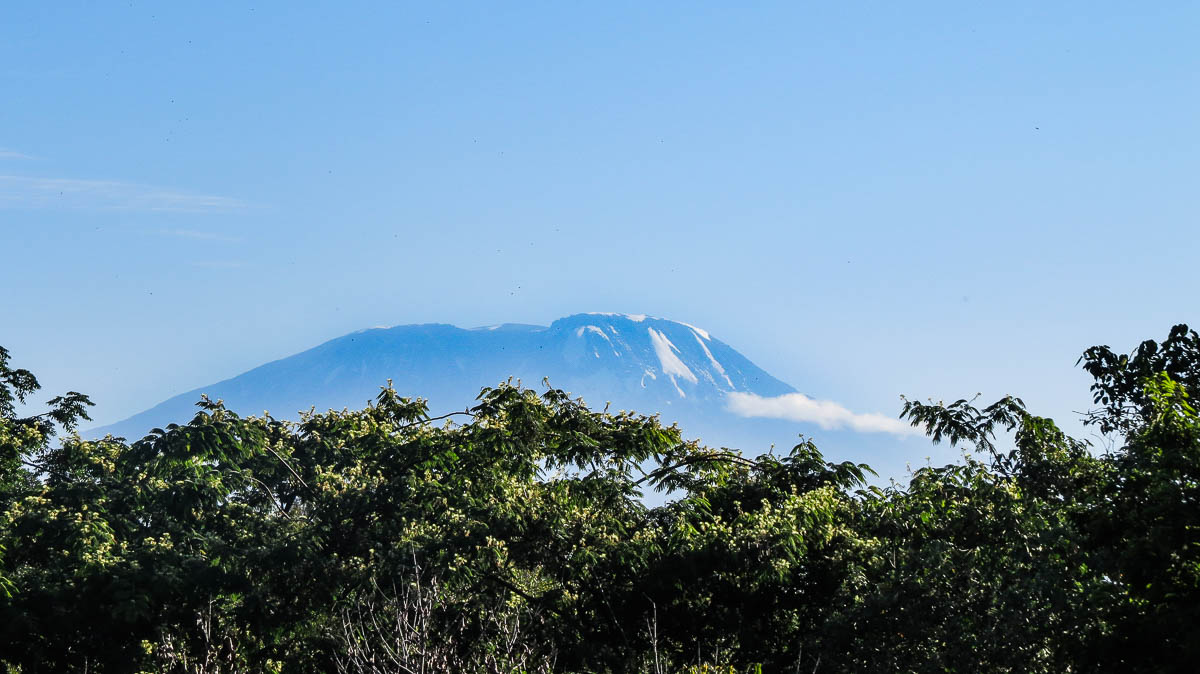 The other photos are from Tanzania here .