I get to Japan a lot on business.

Normally the airport procedures you have to go through to get from airplane seat to airport exit, luggage in hand, are quick and efficient. But just sometimes, it seems, things don’t run quite so smoothly: just recently we landed in Osaka and the line for passport control lasted two hours! Just look at the crowds of disgruntled travelers. This is just… unacceptable! I mean, Japan, come ON. Is it really that difficult to put more staff on? Hello?

Things only got more unusual… 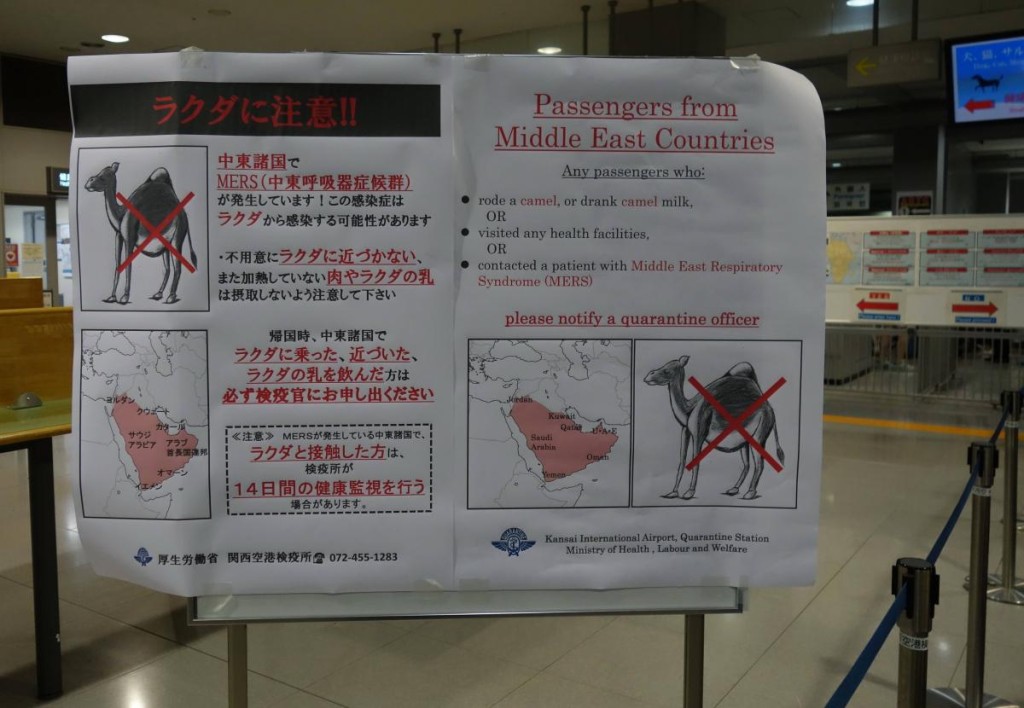 What’s that? ‘No camels beyond this point’?!!

Upon closer inspection, as you can see, it states that if ‘any passengers rode a camel or drank camel milk…’, they need to notify a quarantine officer. But wait – rode a camel – ever? Once as a child maybe? Something lost in translation there, I think.

Also – I’m used to Ebola and SARS and other such scares and corresponding measures, but… sitting on a camel and a potential ‘MERS’ infection – that’s a new one.

It’s at times like these, shuffling along a slow moving line, that I find myself dreaming of having my own jet. I mean, with all the globetrotting I do, surely it’s the way to go? And if it would mean not having to put up with such lines and rotten airport service, well, doesn’t that seal it?

I heard someone waiting behind me utter something along the lines of: “Three-hour flight – three hours to get out the door!” Same individual got even more wound up when he saw that passengers with small children (after already having waited an hour) were allowed to jump the line. He remarked: “Such a shame you can’t borrow a child at times like this”!

Then, after one hour and forty-five minutes we came upon this here sign: 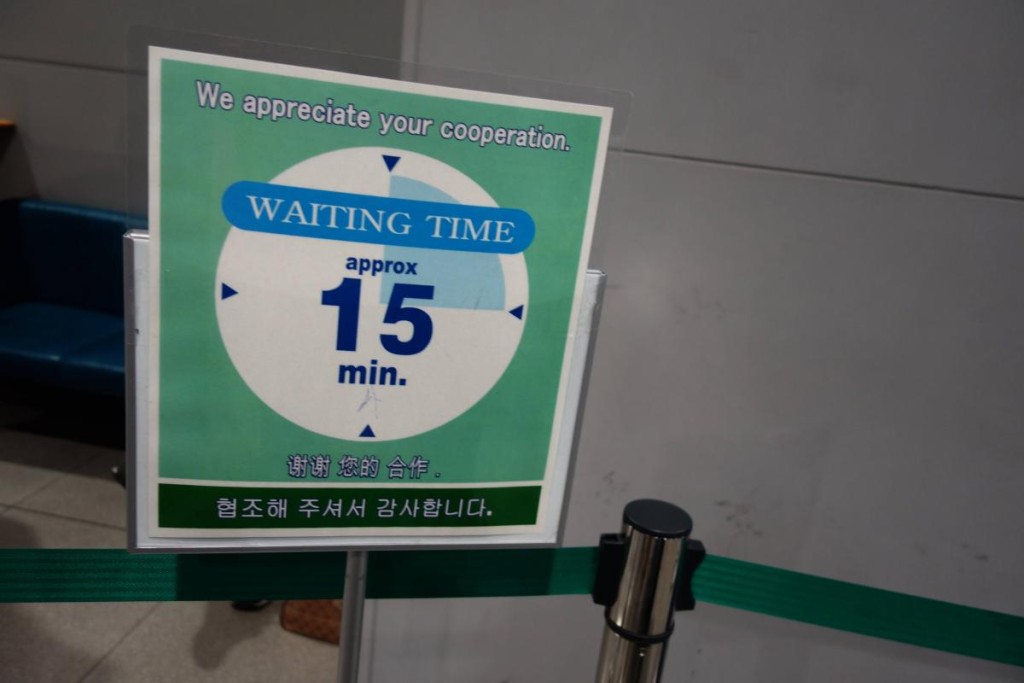 The ‘approx 15 min.’ did in fact turn out to be accurate. Well this is Japan, after all.

One of the reasons for the delays turned out to be the passport control officers insisting on taking photographs of the new arrivals. Must say, I’d have loved to have gotten myself a copy of my mugshot – I’m sure that after two hours waiting it would have been… specific.

The lines in Osaka airport may well indeed take the title of the world’s longest and slowest airport lines. They sure are up there with the worst of them, like JFK. I’d experienced worse only at Moscow’s Sheremetyevo before the shiny new terminals were added. I’ve heard Domodedovo gets real bad in summer when it gets overloaded with arriving charters too – thankfully I’ve never had the displeasure. Oh yes – there was the line at the Victoria Falls Airport in Zimbabwe… [cough]. But in Japan???!

So that’s it. No more commercial flights to Osaka for me. Ever! 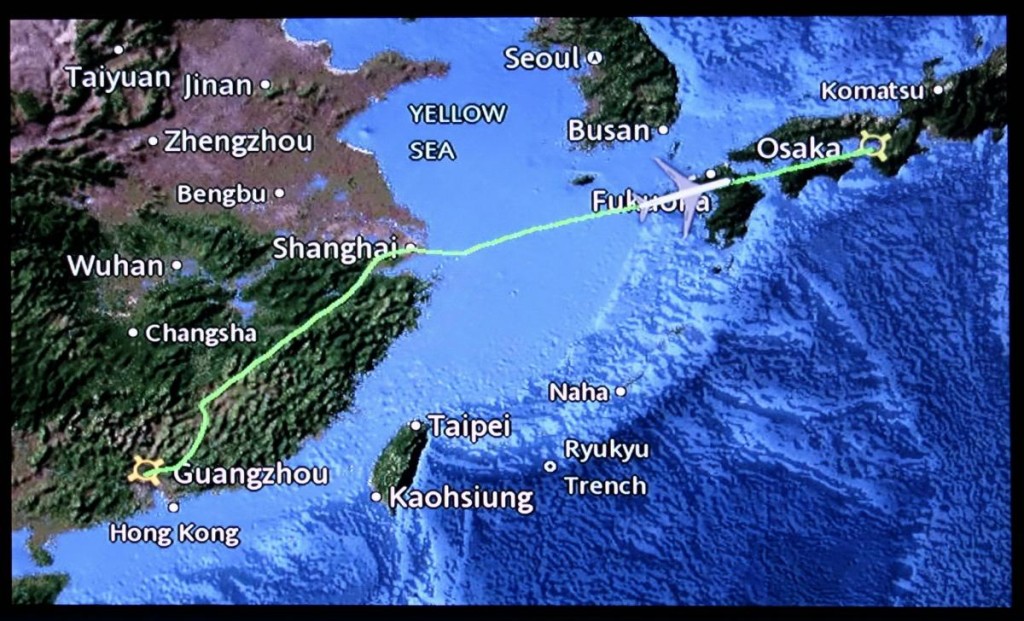 The day after my Osaka airport nightmare, things were back on a wholly positive track – an F1 racetrack!…

Well, kinda. It was just Mercedes spoiling things for us. They’re unstoppable of late! 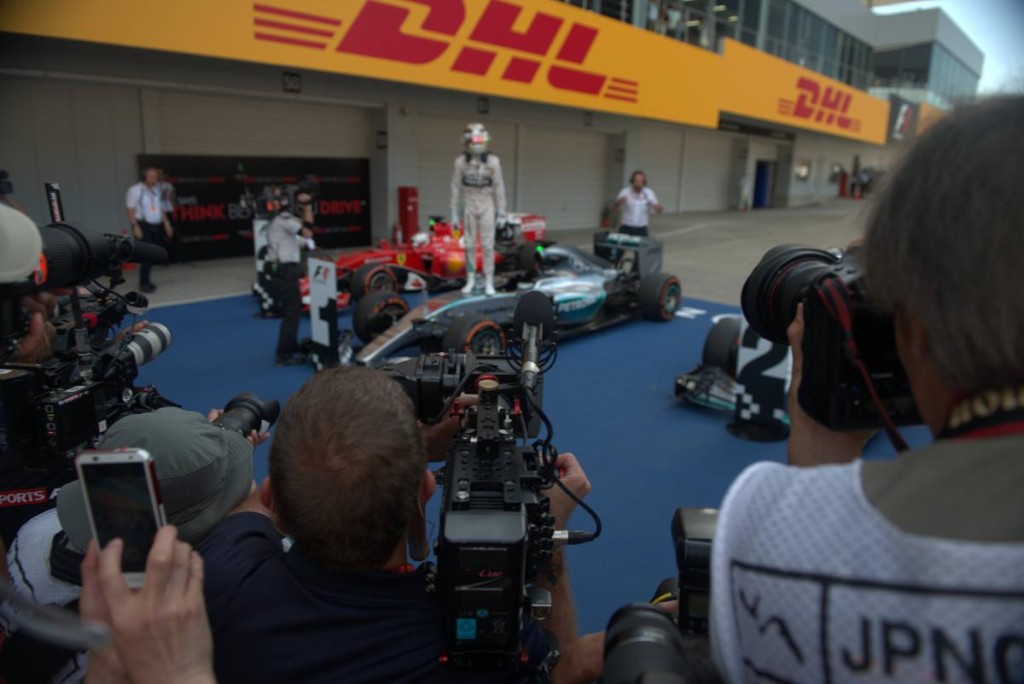 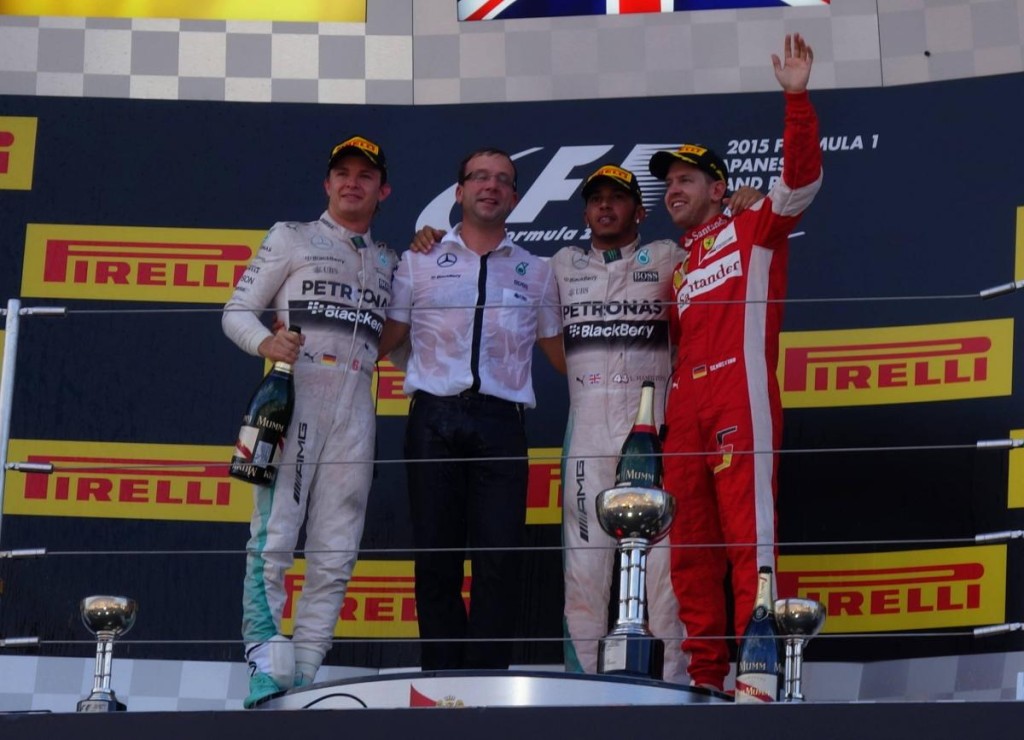 We were here for the 14th Grand Prix of the 2015 Formula One season, in Suzuka!

There was an interesting moment at the start: Vettel managed to jump ahead from fourth to second spot just off the grid, while Pérez was out of the race at the first bend! 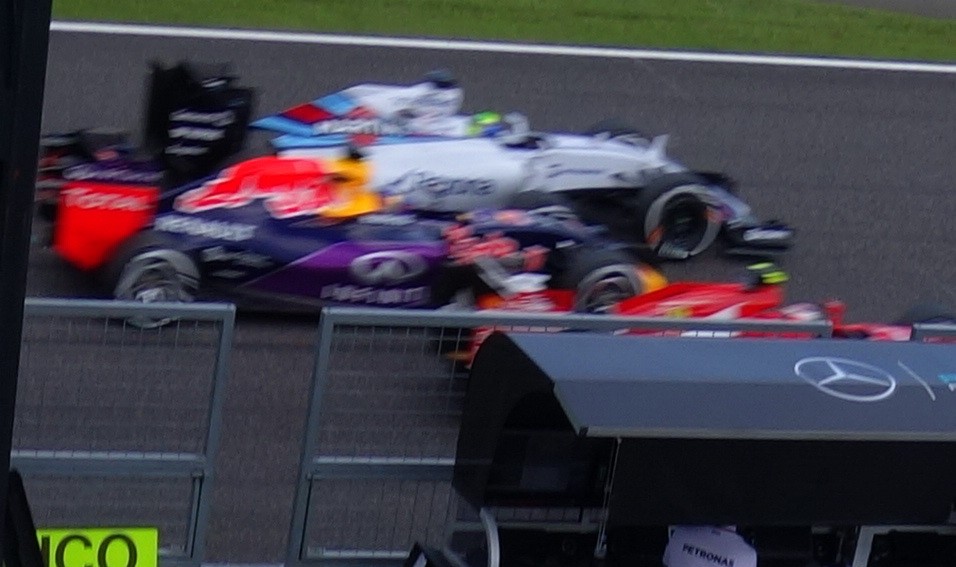 Pitstop… in 2.2 seconds! F1 wizards! The training that must have gone into whittling down the time… So quick I hardly had a chance to set up my shot before it was over! 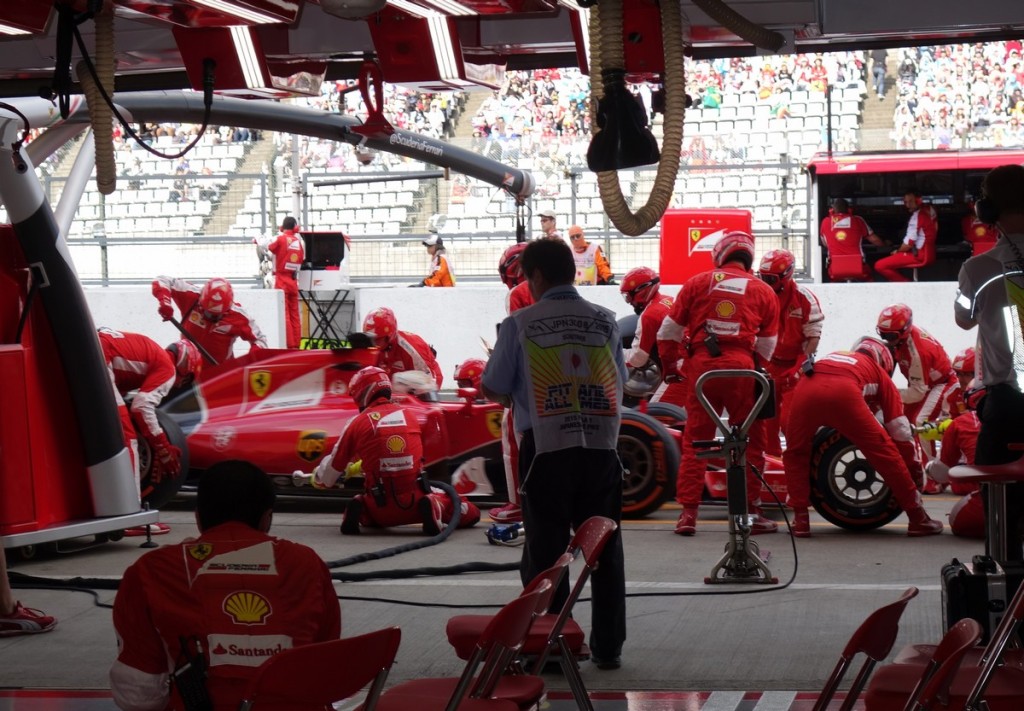 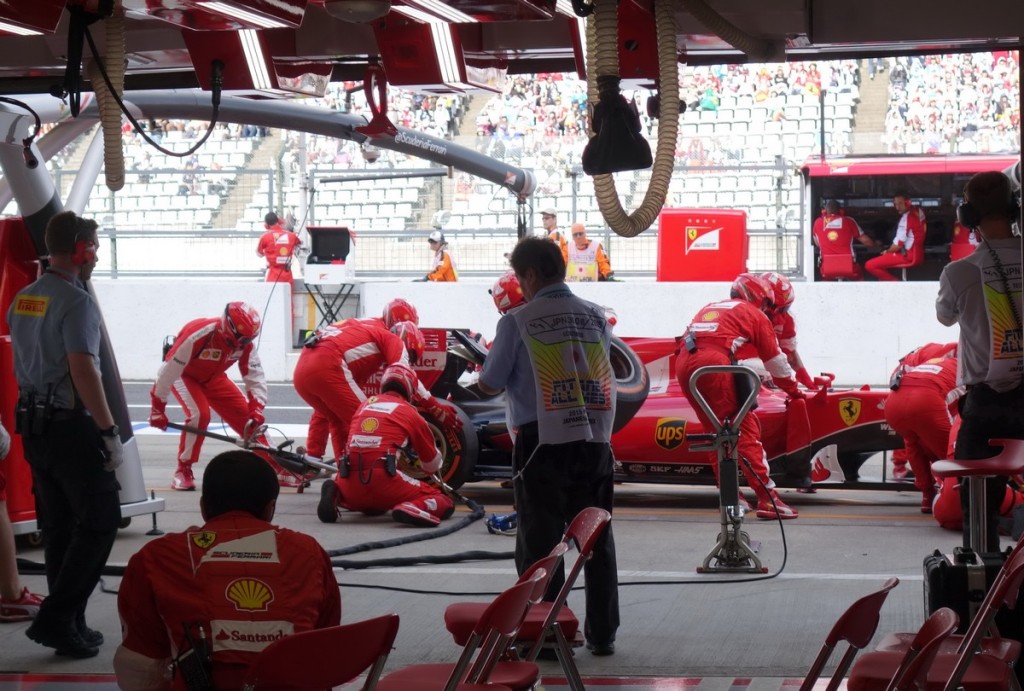 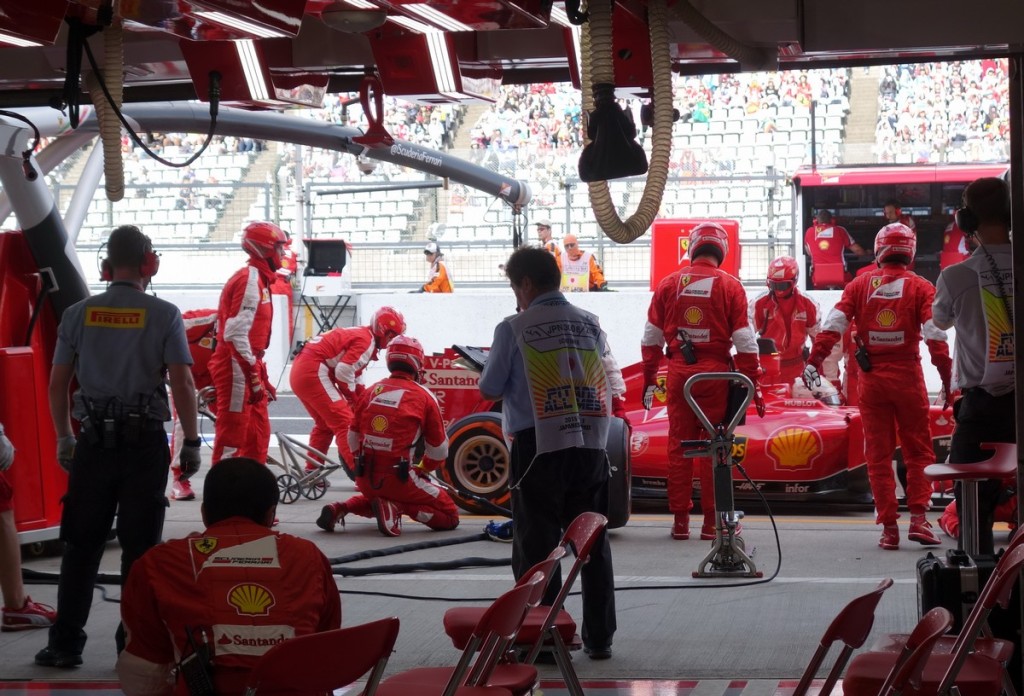 And… the checkered flag! On the podium Kimi was conspicuous by his absence. And I missed the moment when Vettel poured champagne down the collar of Hamilton’s jumpsuit. 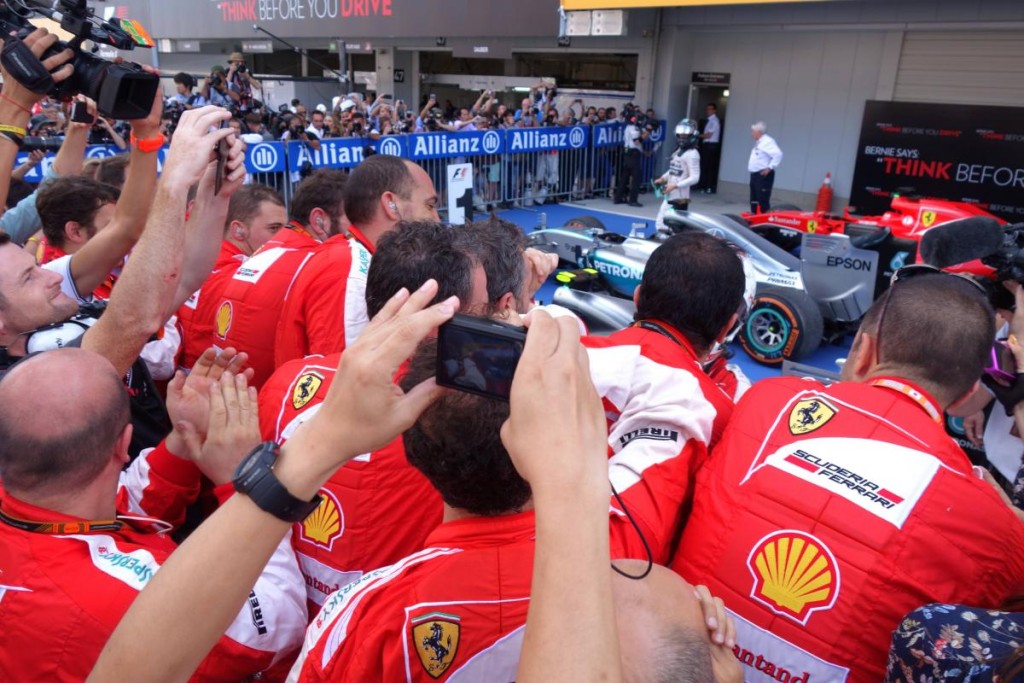 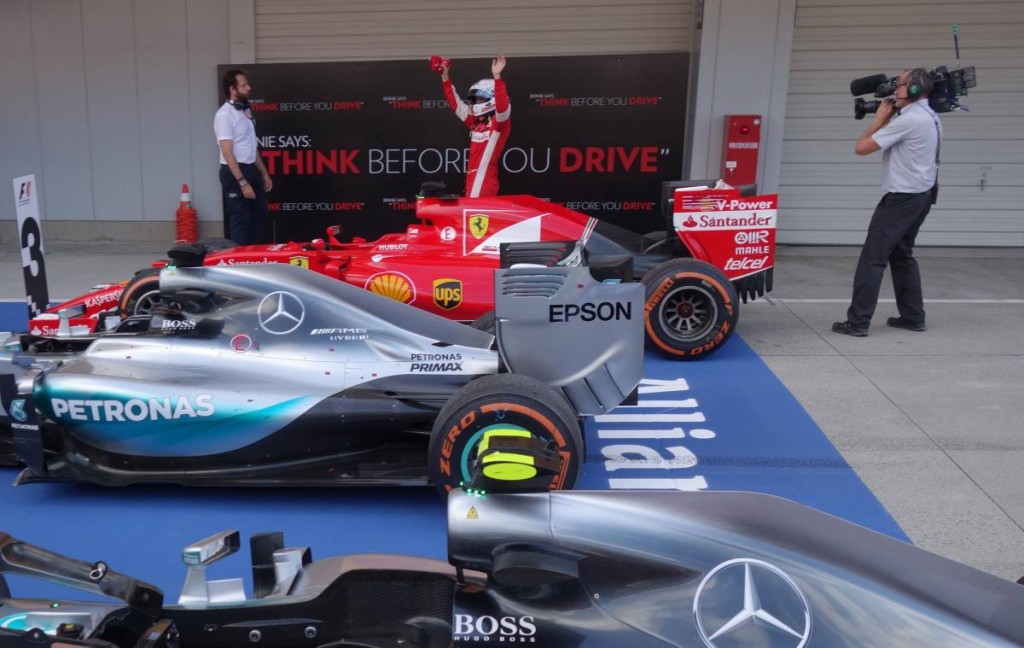 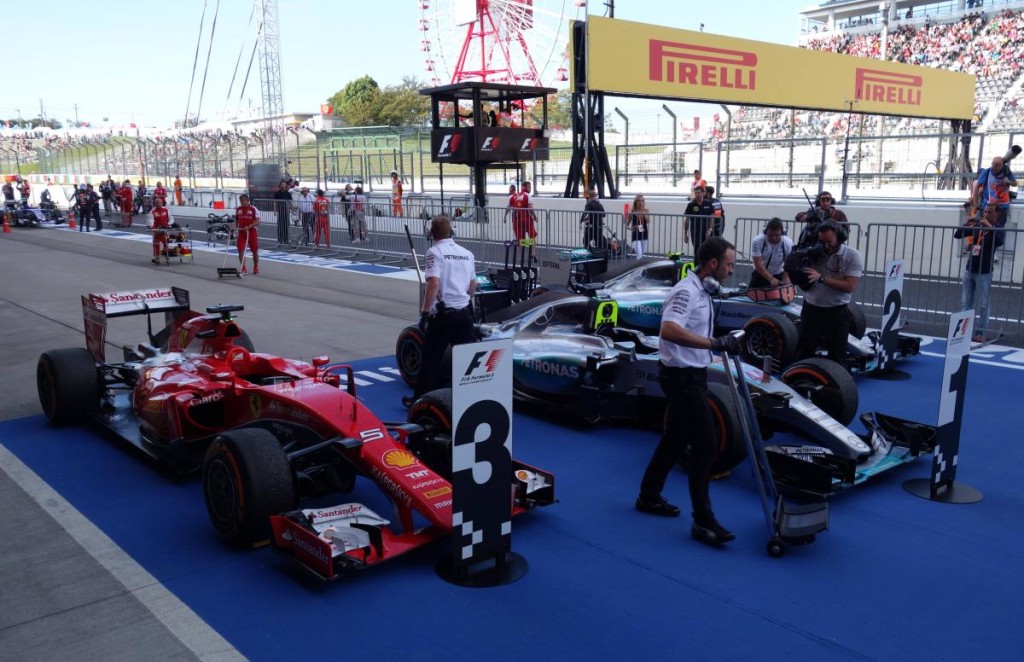 Aha! Turns out my travel companion A.B. caught the tomfoolery! 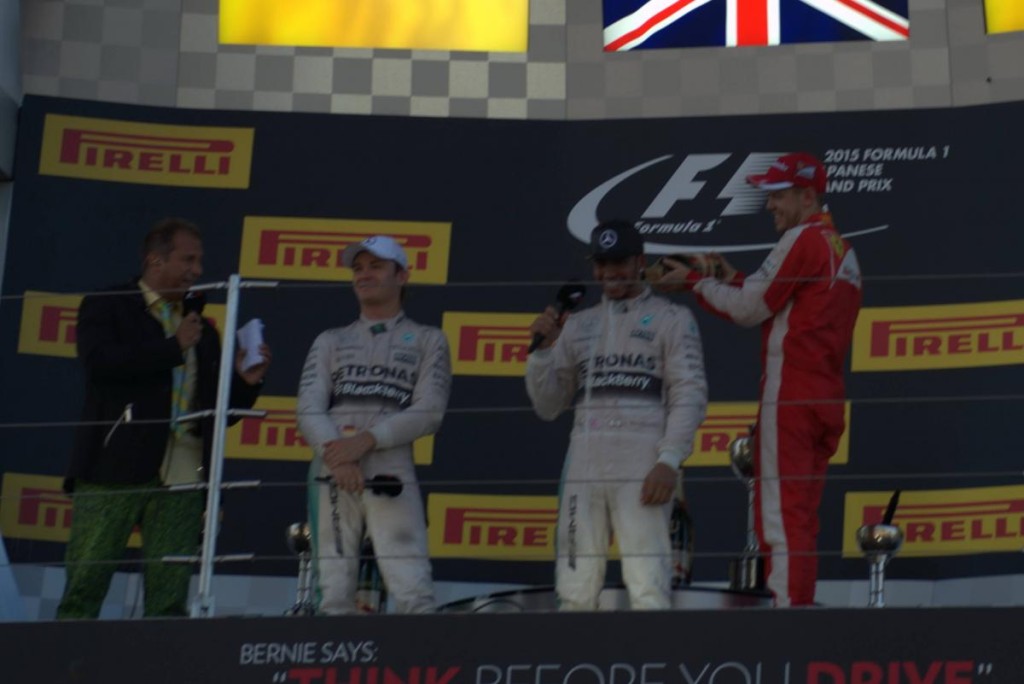 In all, a fabulous Formula 1. I saw it in Japan for the first time. Must do it more often (only missing out Osaka)…