Not long ago I flew one of the most unusual commercial air routes I’ve ever taken.

It was the Santiago–Sydney-route on Qantas QF28 in a Boeing 747. The route forms a smile shape as it curves downwards and flies past… Antarctica! It felt a bit eerie flying – for 14 hours! – over a part of the world where there happens to be absolutely nothing at all! No islands, no ships, no folks, no hamburger stands… the very definition of ‘godforsaken’! Even submarines don’t bother with these remote southern reaches. Curiously, there’s one thing that features relatively prominently here: deceased satellites! They have them fall out of orbit and give them a marine burial here, well out of the way so they do no harm to Homo sapiens. 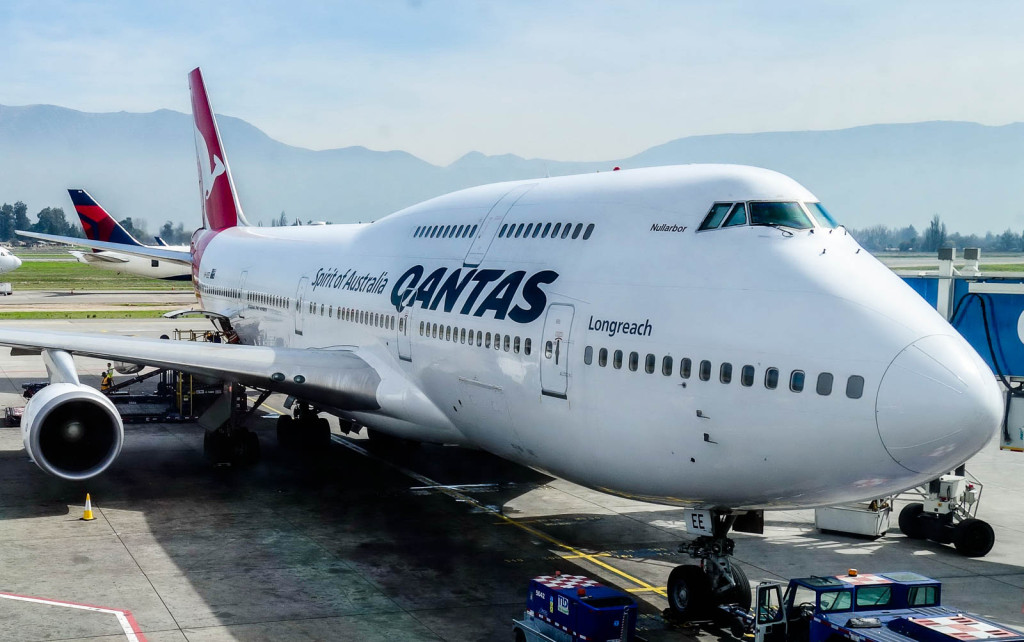 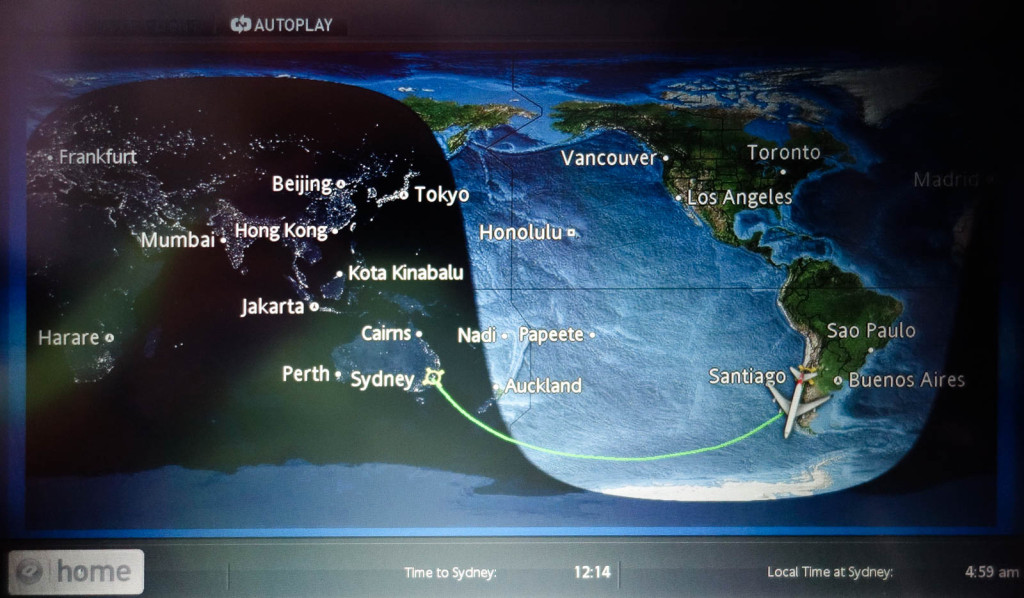 I was lucky enough to have secured a window seat on the left-hand side of the plane (looking forward). Lucky because: (i) I’d see the Andes, (ii) I’d later see Antarctica, and (iii) all you do is get blinded by the low sun if you’re on the right-hand side.

Sure enough, first off were Santiago and the Andes. Then came the southern Chilean islands. Check them out: 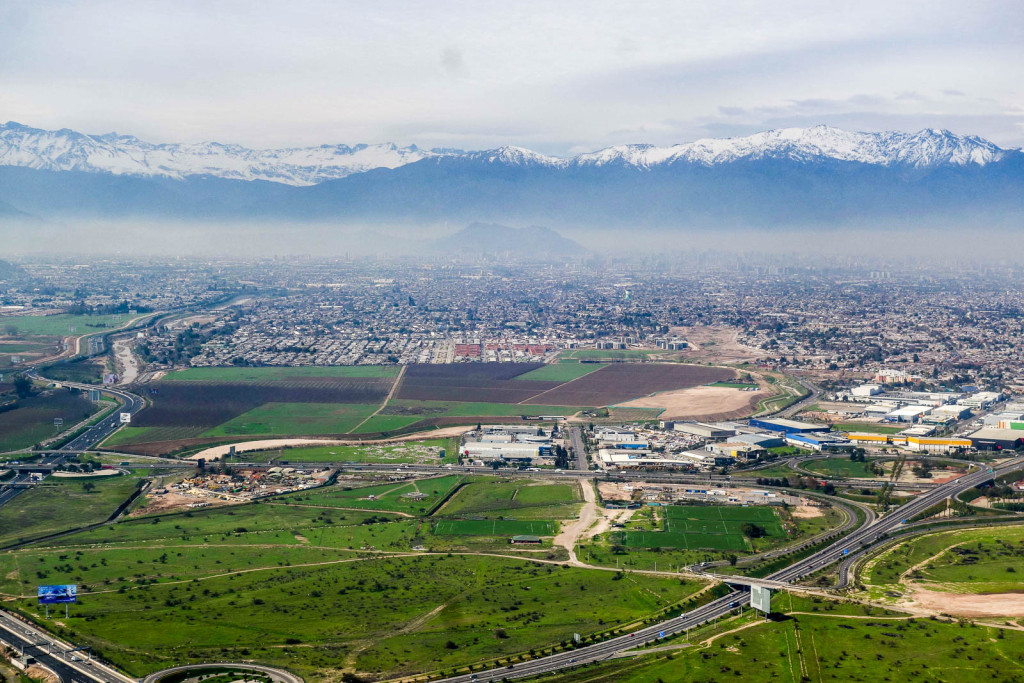 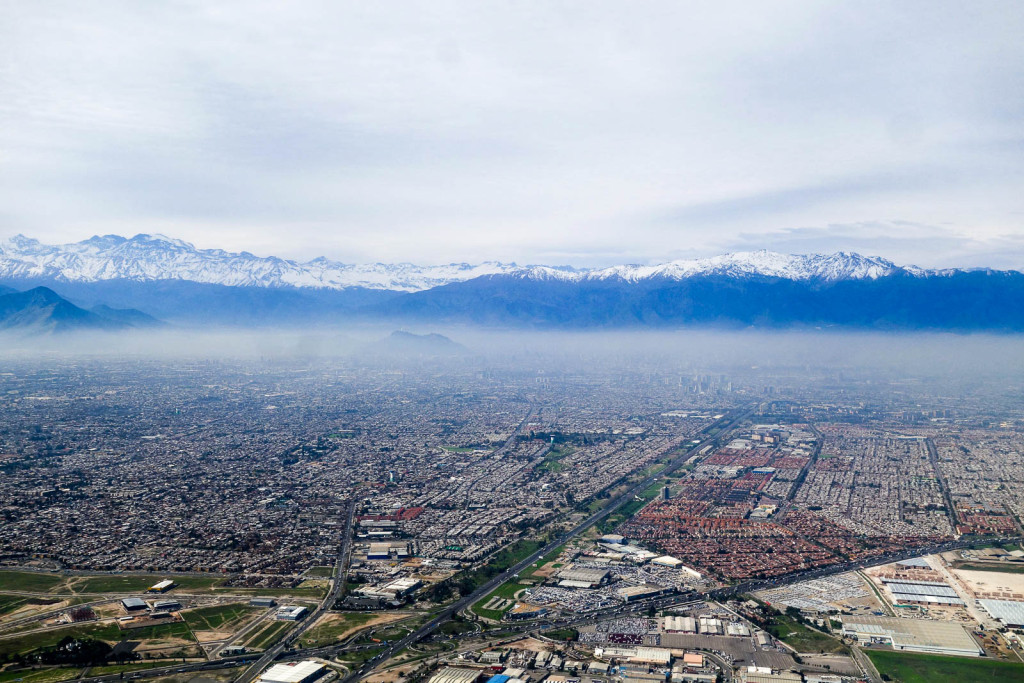 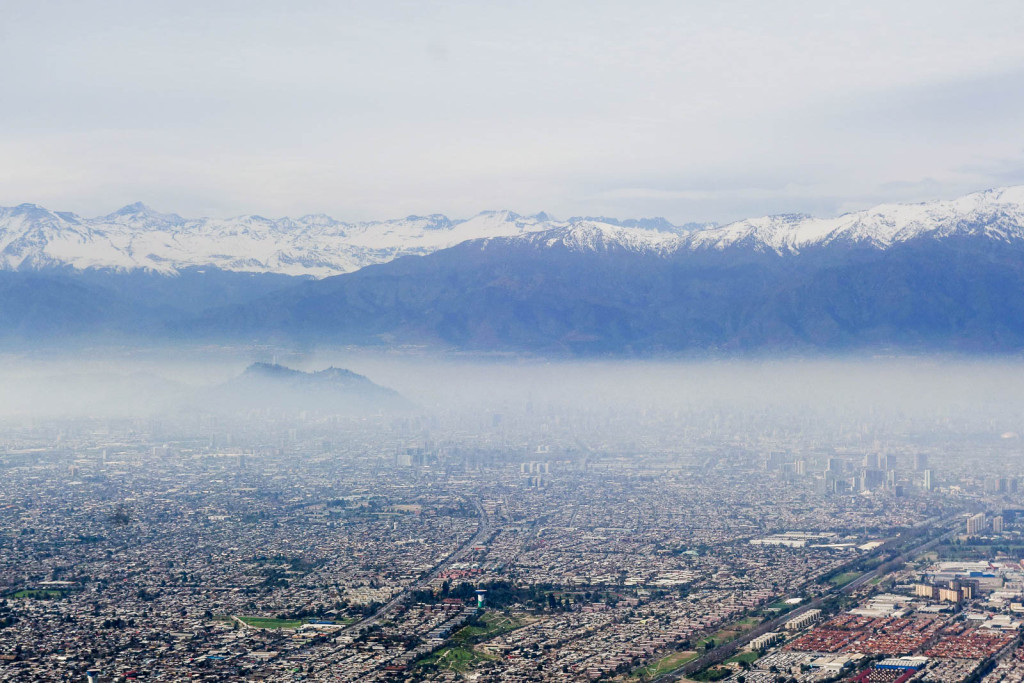 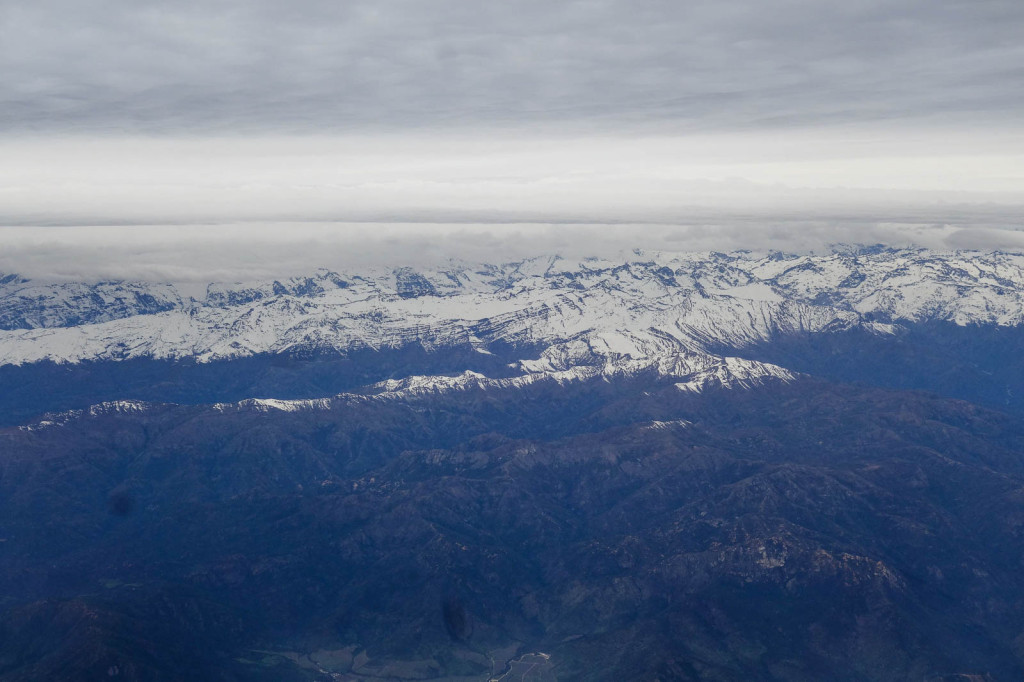 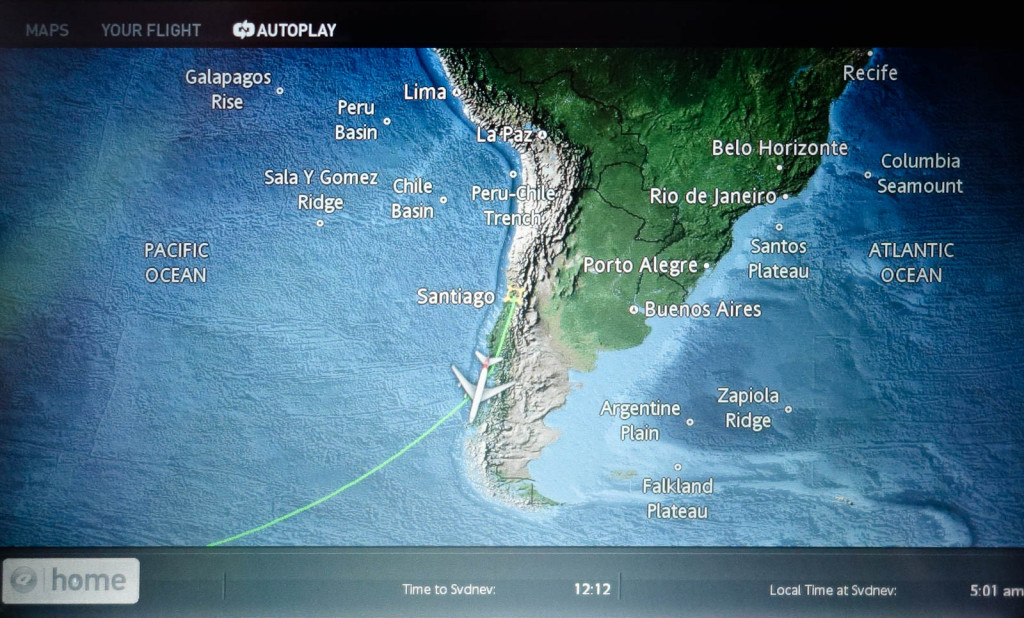 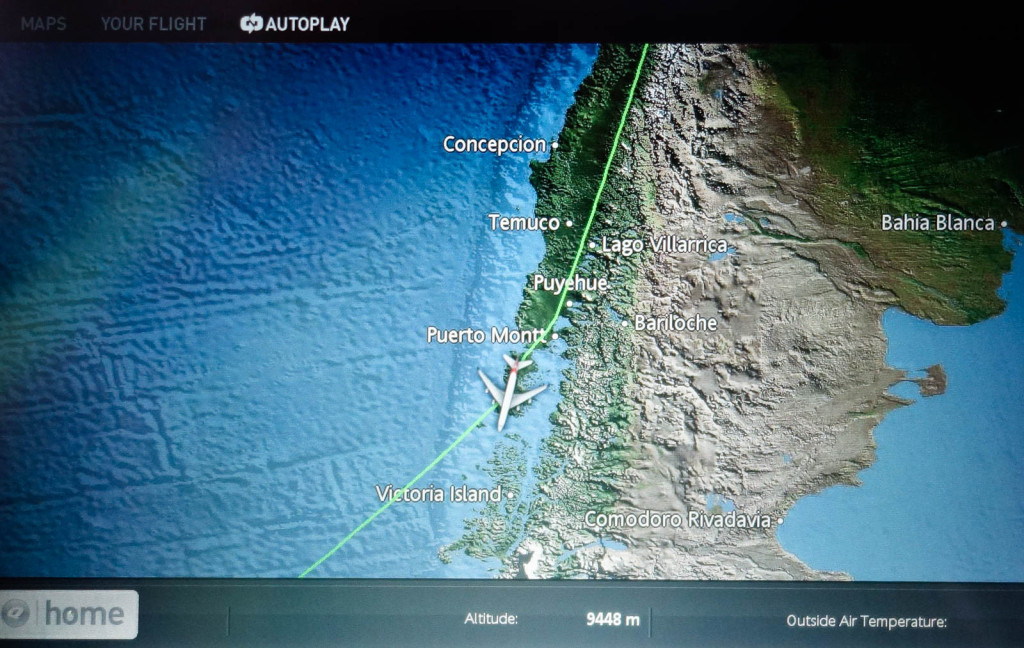 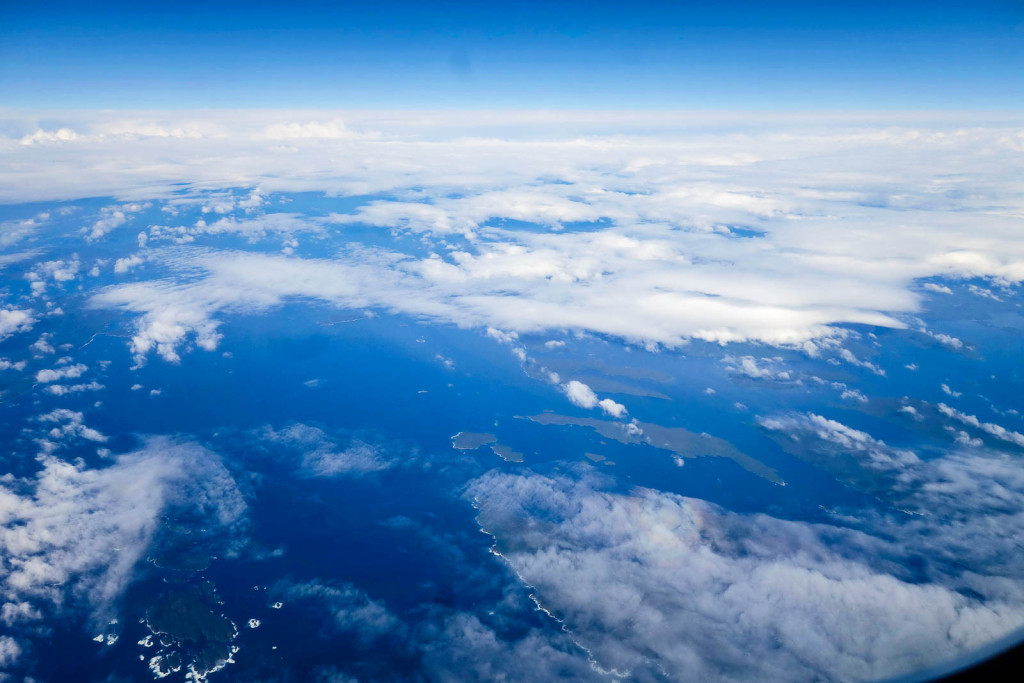 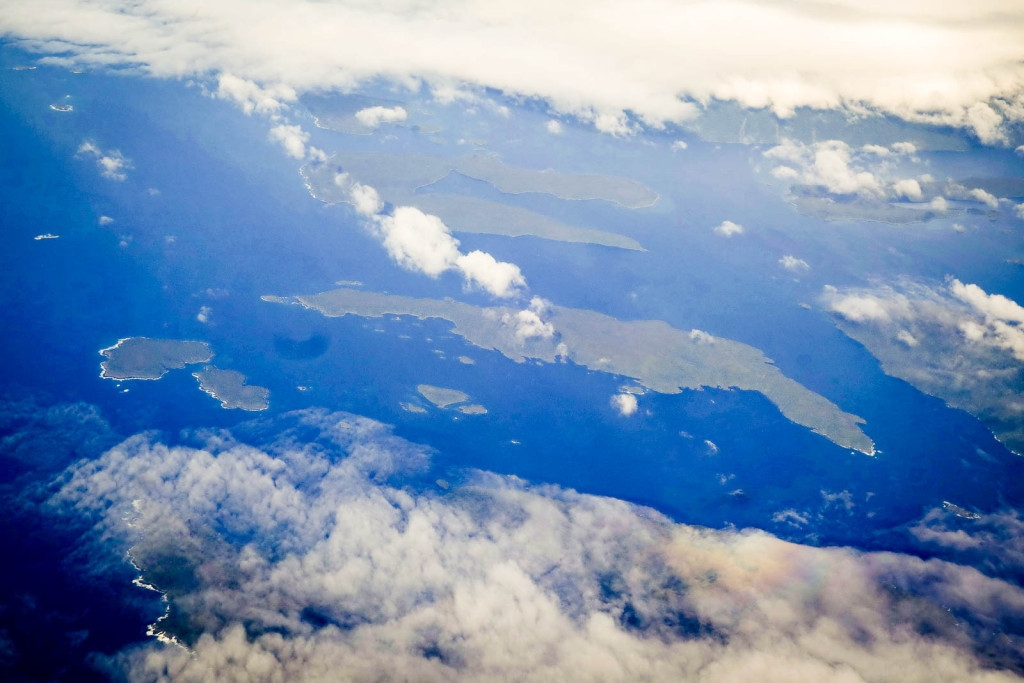 Next, the Chilean ‘tail’ turns to the left, and the Boeing veers to the right – toward Antarctica. 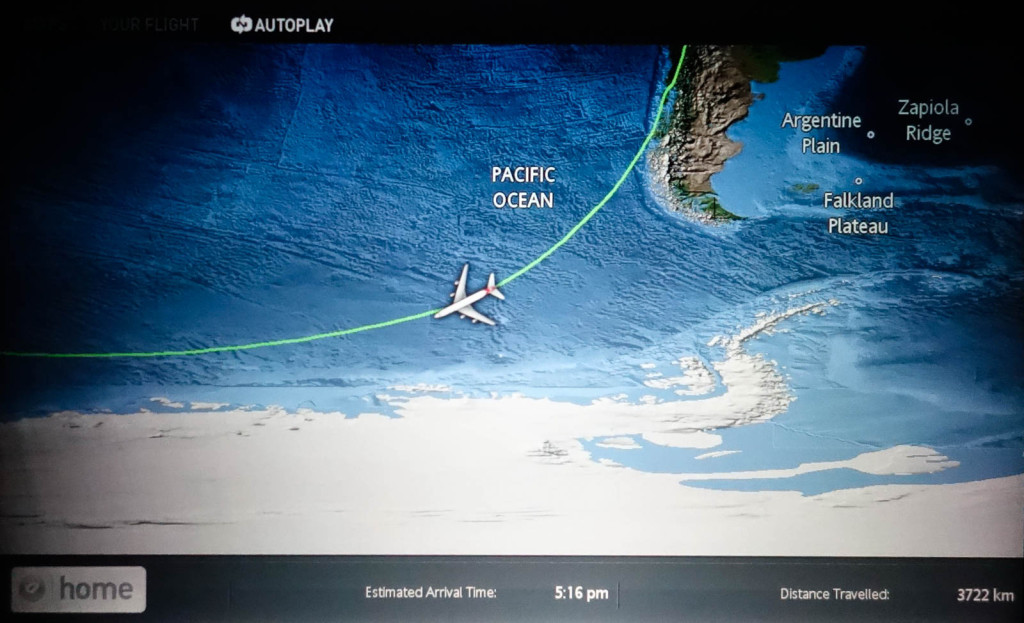 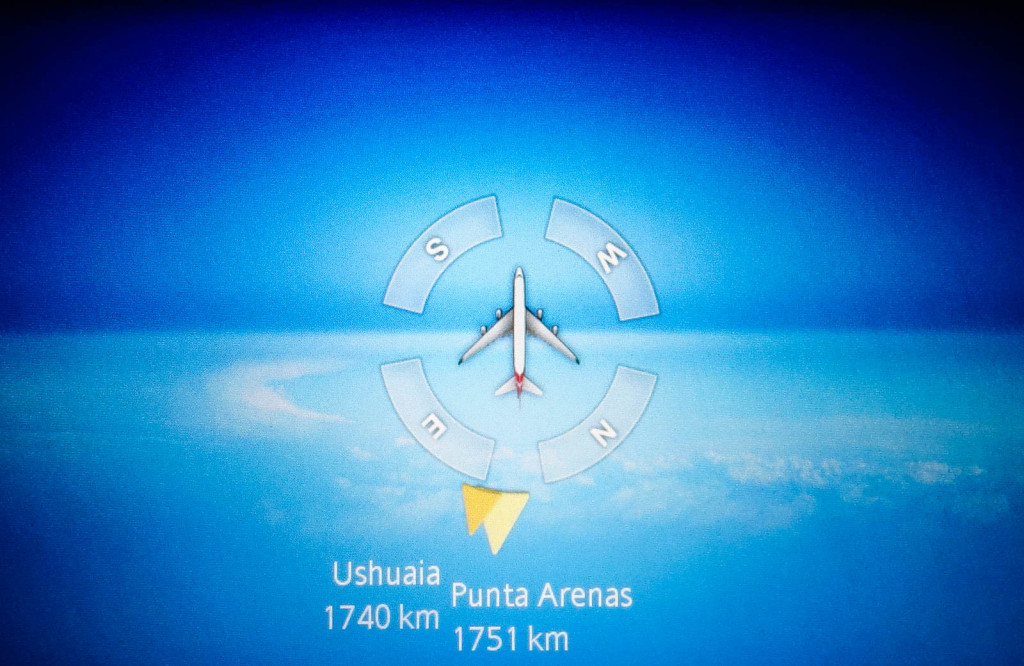 This wasn’t the first time I’d done the southern-hemisphere hop from South America to Australasia. I’d once flown Santiago–Sydney with a connection at Auckland, New Zealand, on Chilean LAN in 2008. But LAN flies only at night, so there was nothing out the windows to be seen but blackness (so I slept most of the journey). This time we flew by day. There were of course cloudy patches, but by and large the views were… awesomely antarctic! 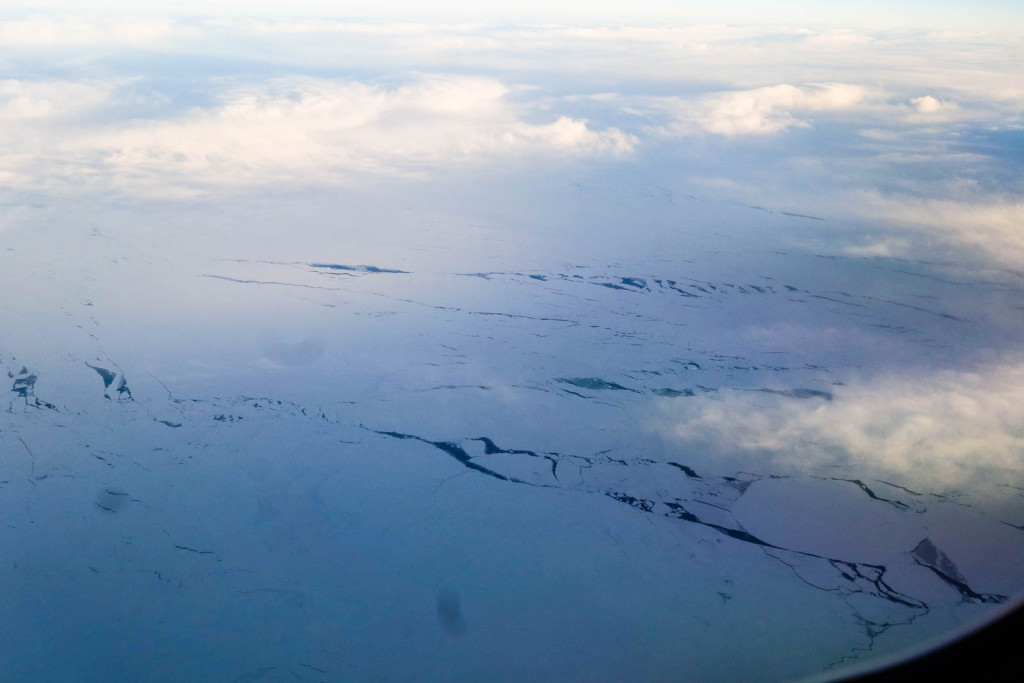 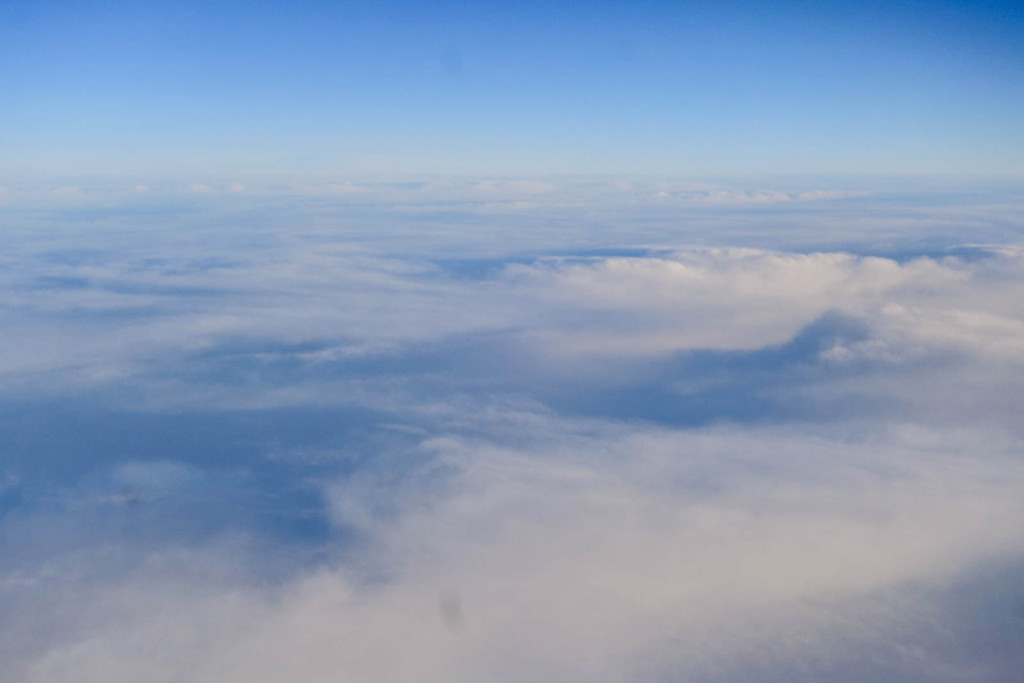 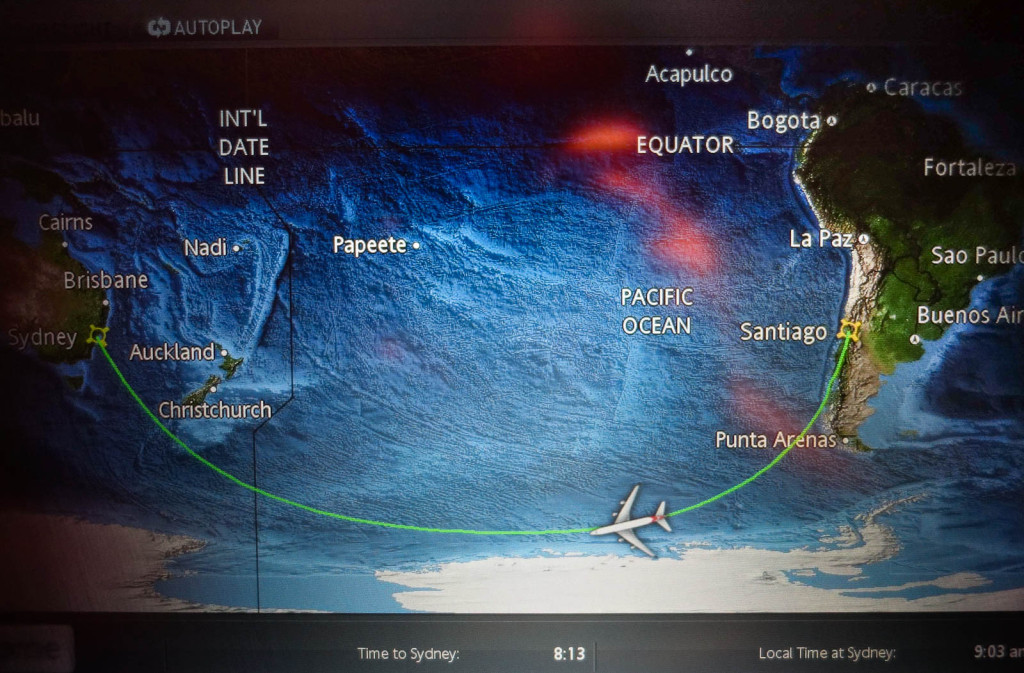 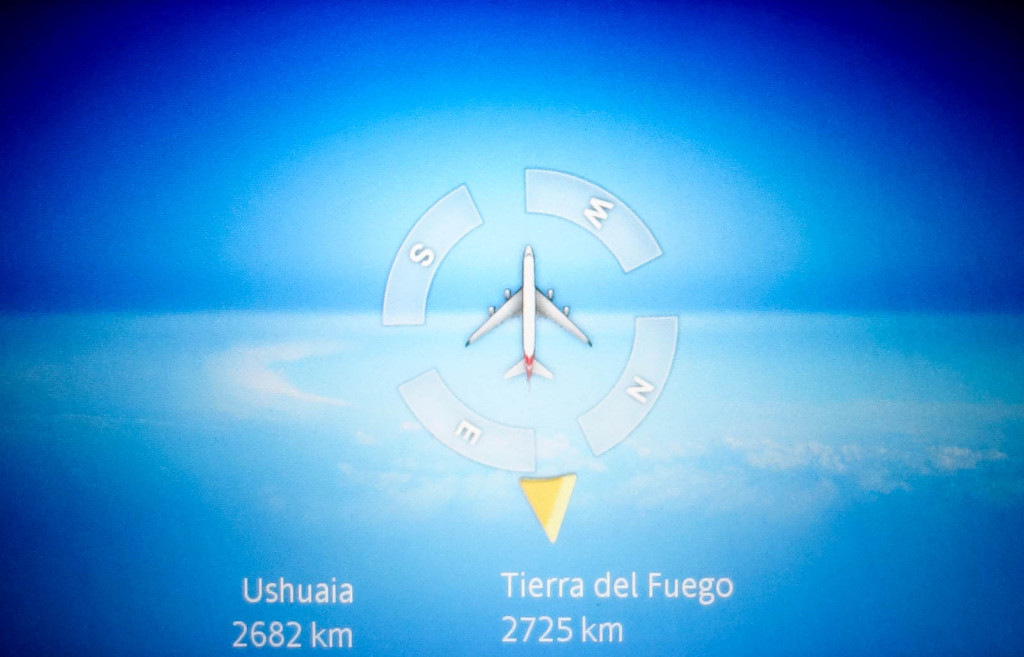 Alas, we didn’t see Antarctica itself – it was probably a few hundred kilometers over the horizon. All the same, the views of the fast ice were totally fantastic. 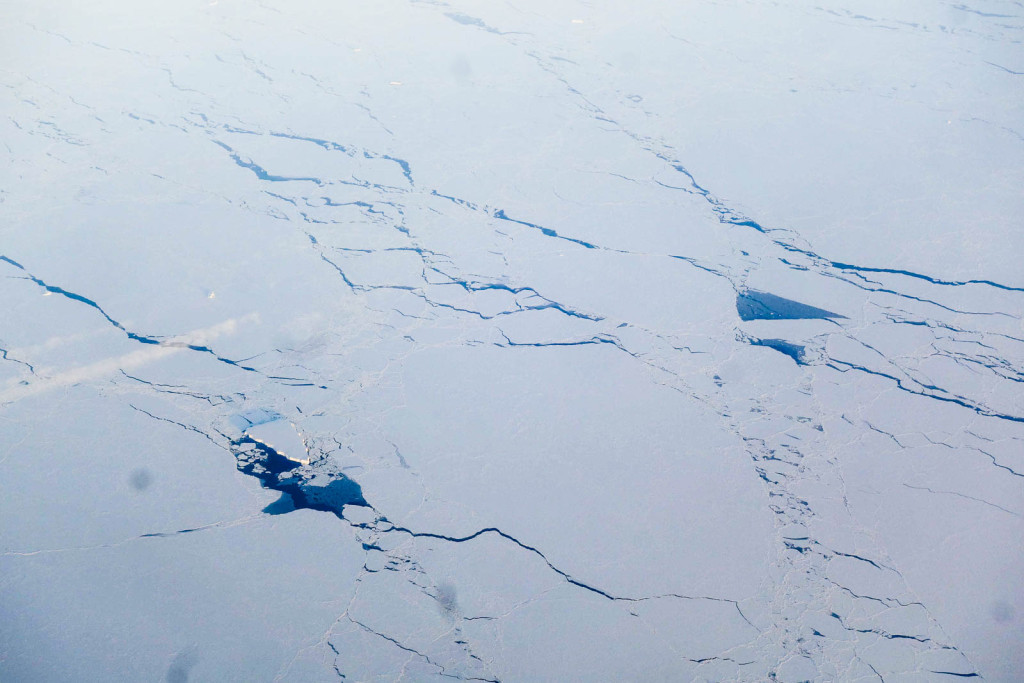 As I write this I’m about halfway through this long-haul. Now this really is what they call ‘the middle of nowhere’. From here to anywhere it’s silly far. 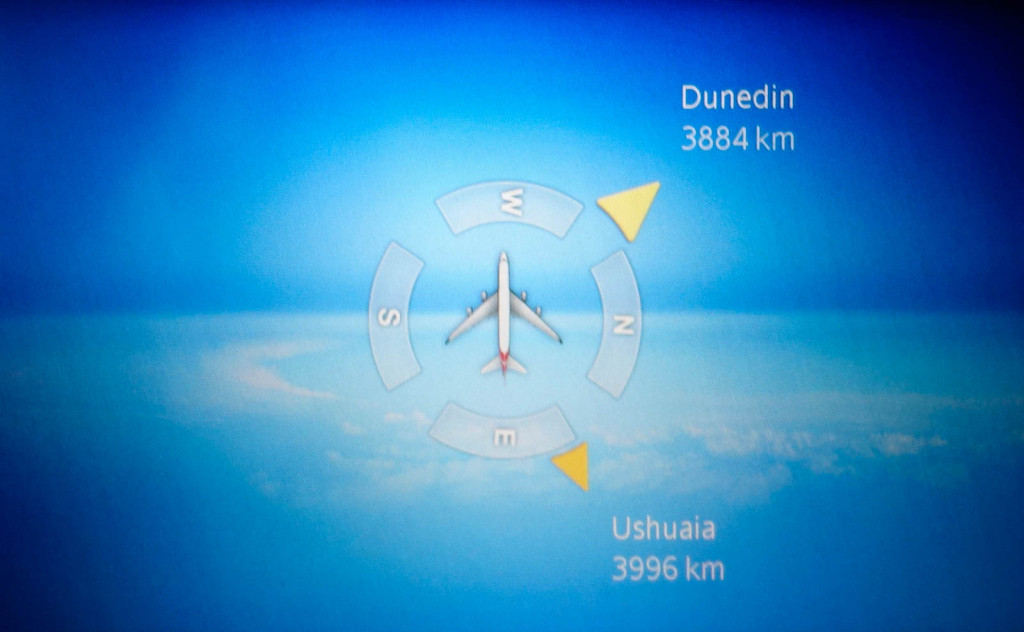 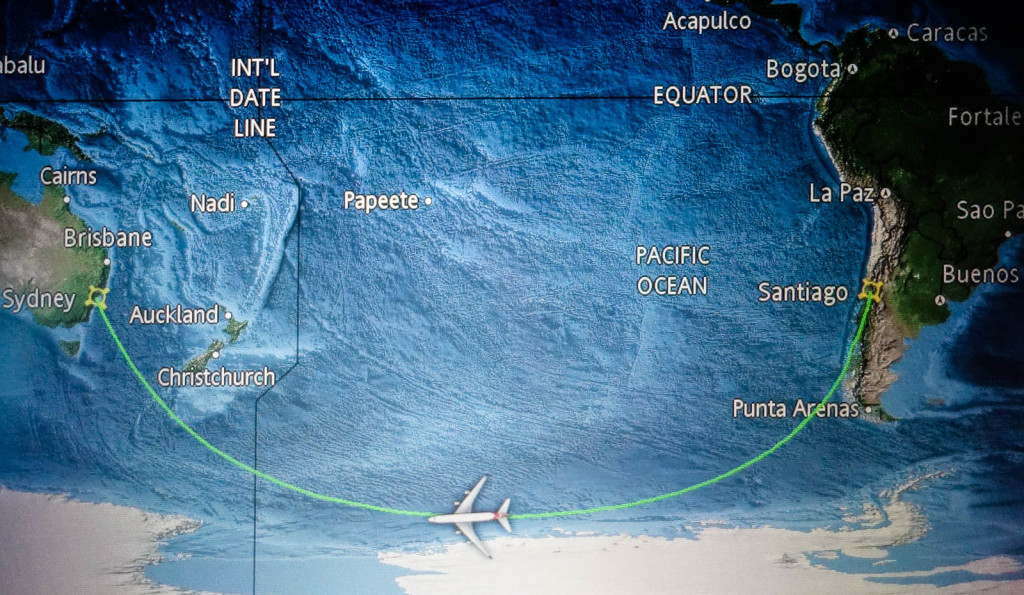 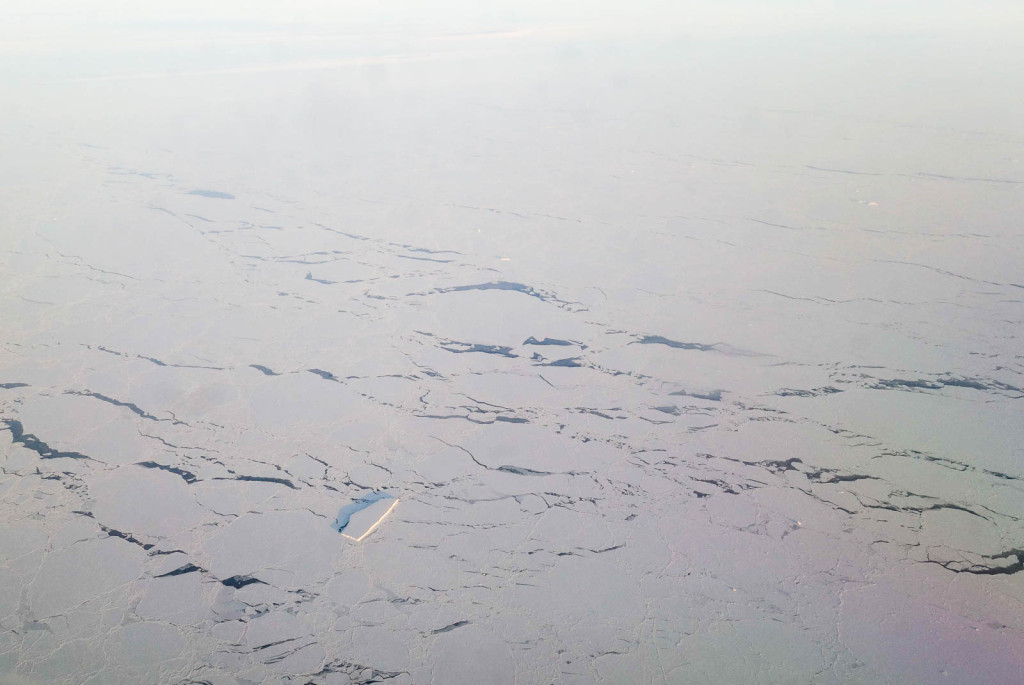 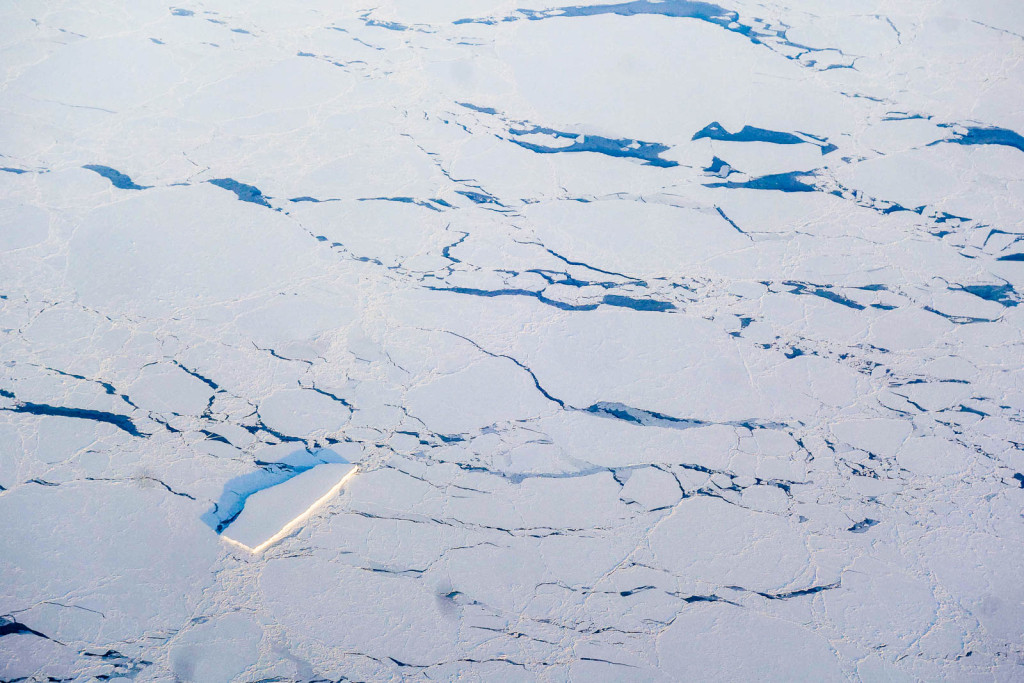 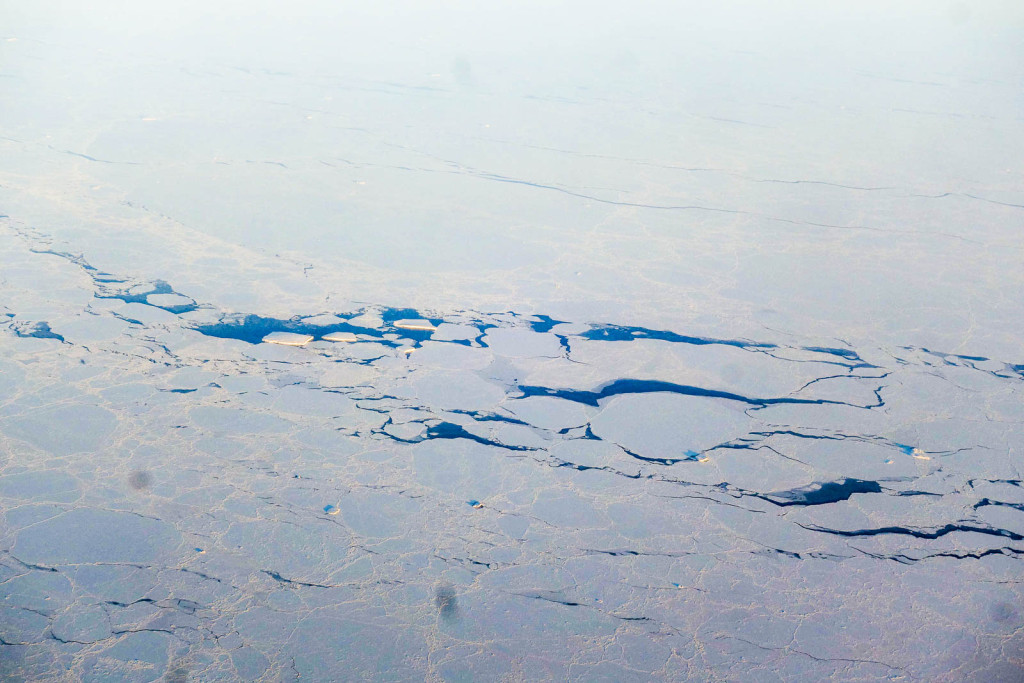 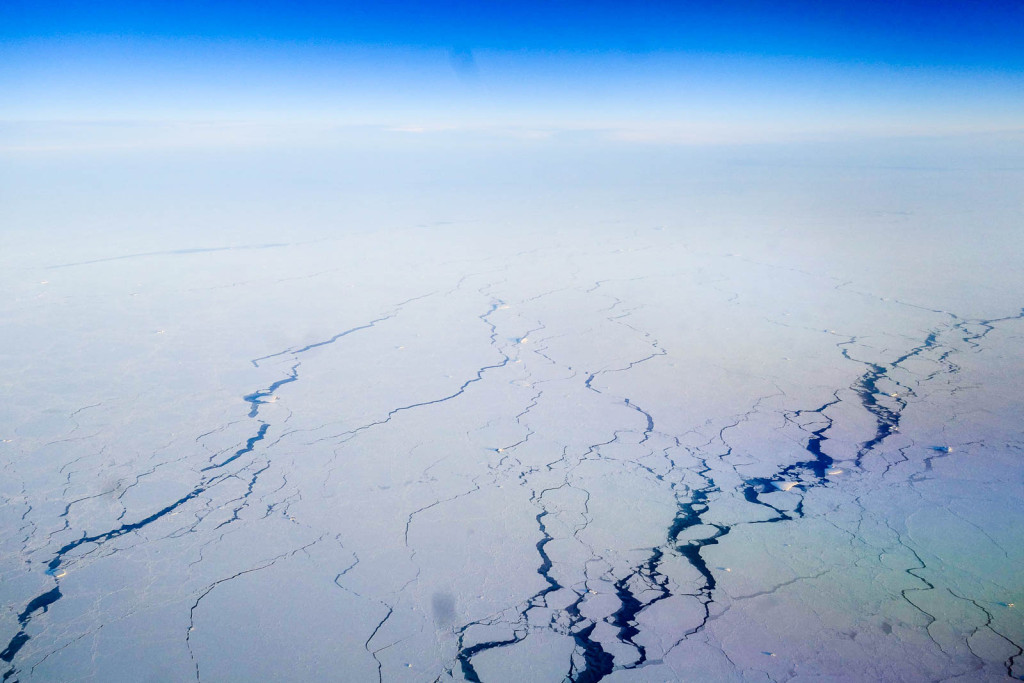 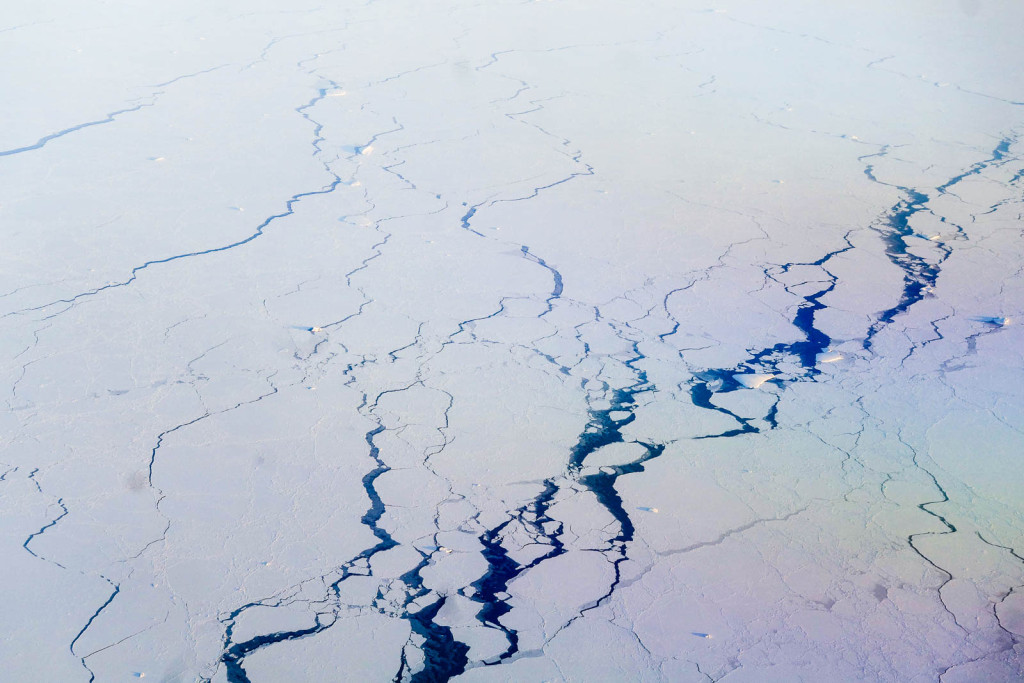 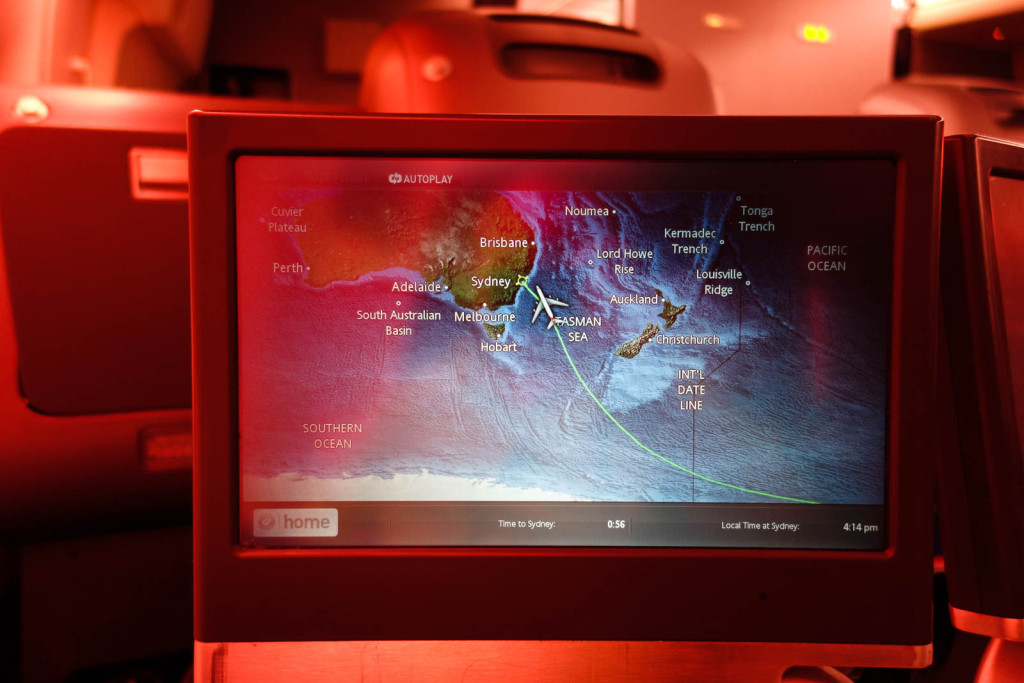 Aha – we’ll soon be landing. Once again I’m back in Australia: Sydney. 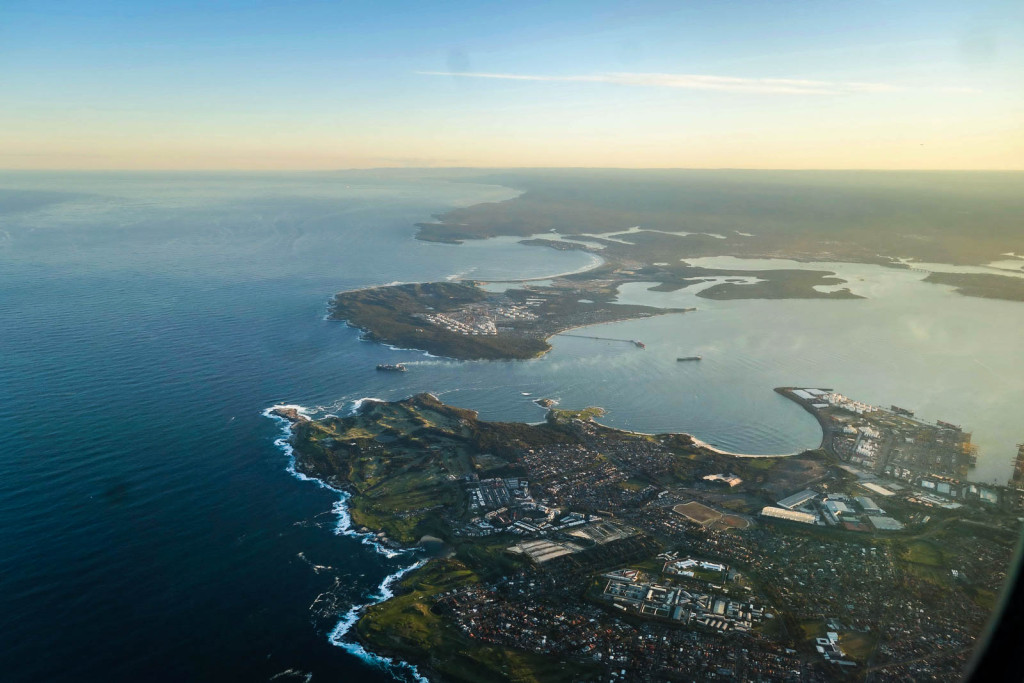 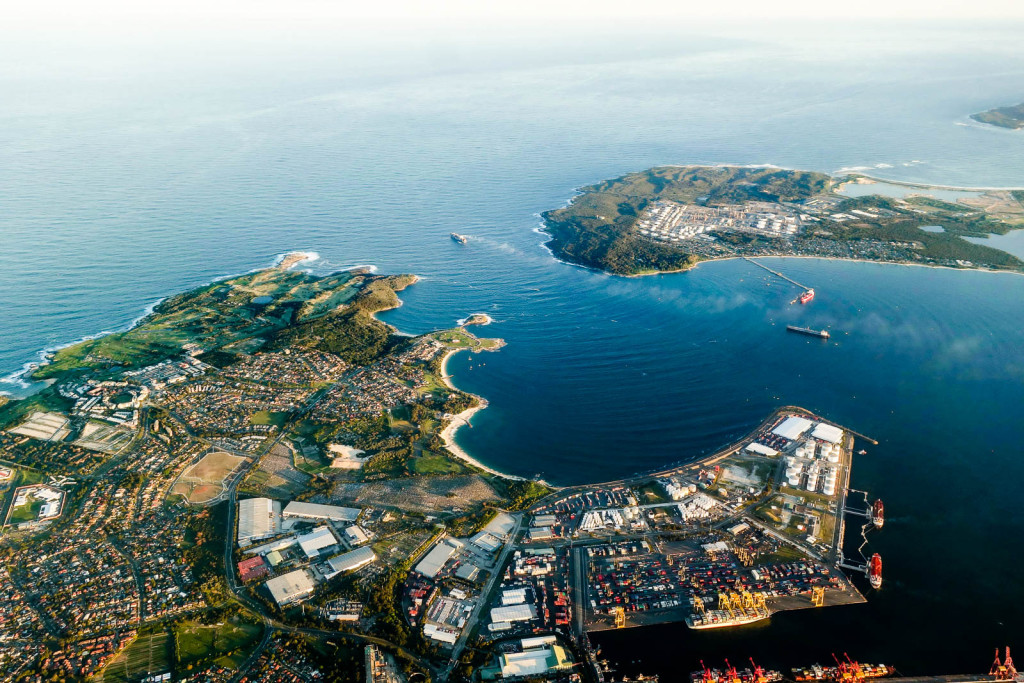 Alas, this time I’m in Oz just for a connection. Yes, you don’t hear that too often – ‘a connection in Sydney’ :-). 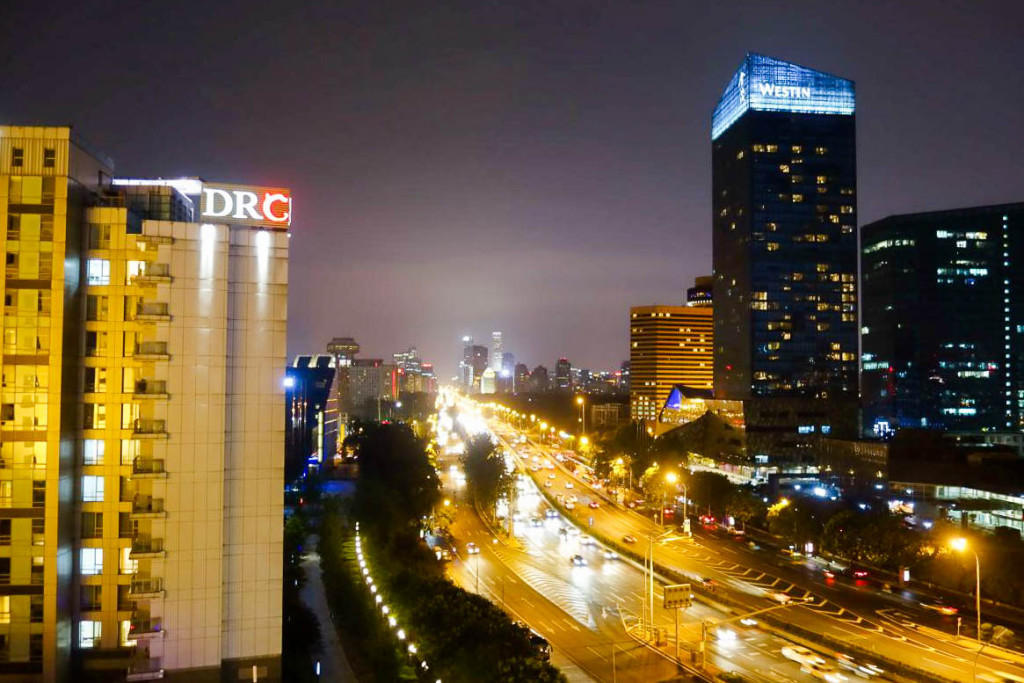 PS: I started writing these words listening Roxette’s Wish I Could Fly. Symbolic :-).