It forms an almost perfect conical form, with the peak cut off. From the large old caldera rising up another 300 meters is another, fresher cone.

If you’re lucky with the weather here the volcano can be fully visible – and the view is I’m told just fantastic. Alas, we only got to see it getting on towards an overcast evening. Nevertheless, it’s still possible to stare at this astounding natural spectacle for ages – no matter the weather or unfavorable time of day. 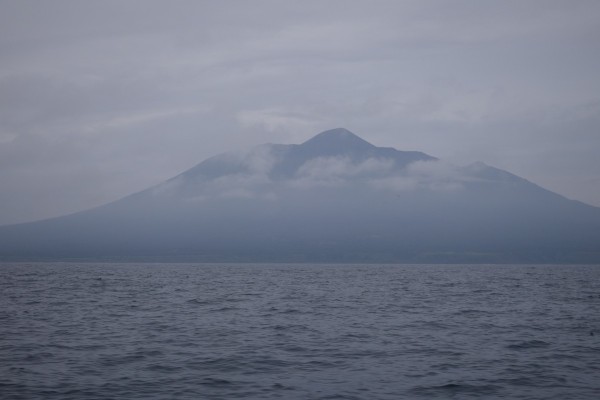 We were lucky – sort of. At the summit the hot sun was beaming down upon us just nice without a single cloud in the clear blue sky to spoil things. But down below a dense fog was shrouding the ocean, so the only thing we saw was the summit of the neighboring Ruryui volcano to one side and, I think, volcano Berutarube on Iturup island on the other. 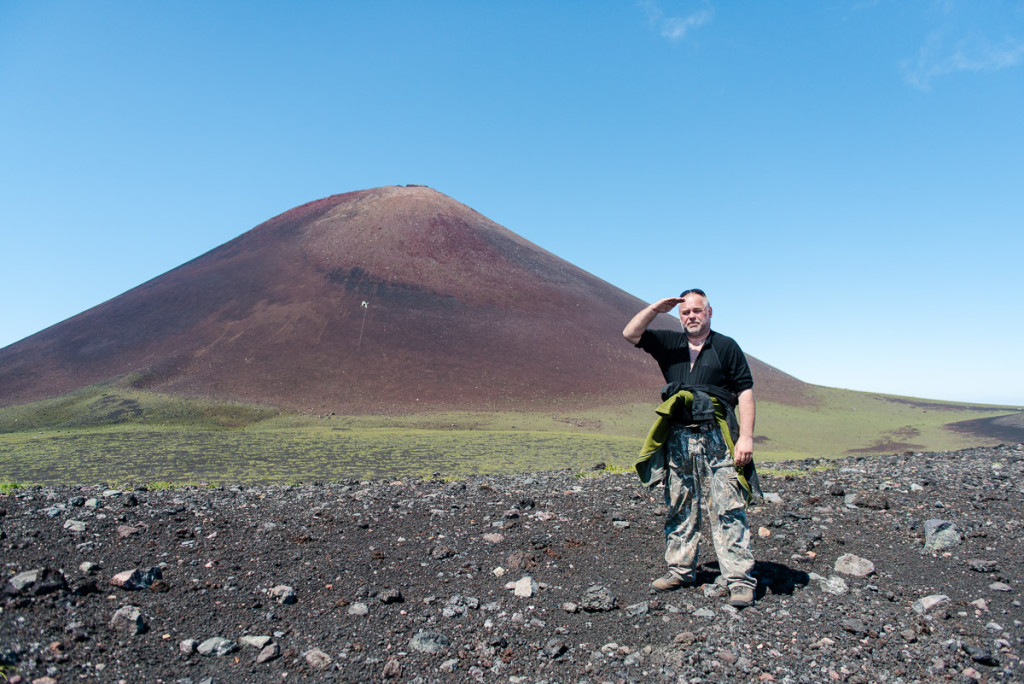 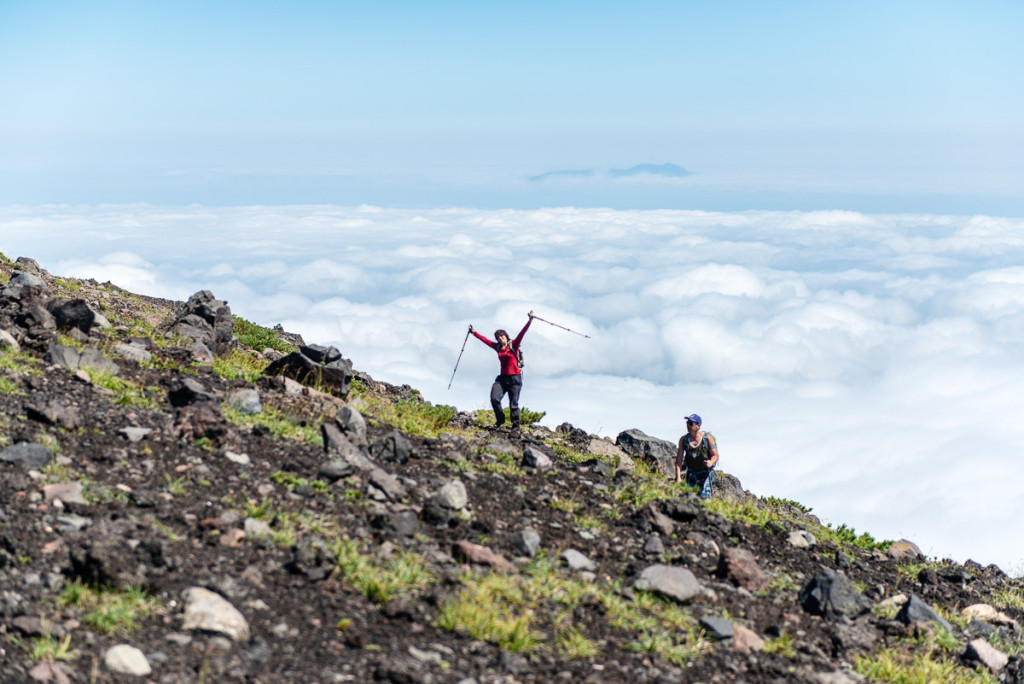 Not that we can complain really about the weather generally. On the whole throughout the whole expedition on the Kurils, from north to south, the climatic conditions were remarkably clement compared to what we were told they’re normally like. After all, annual sunny days in this corner of the globe can normally be counted on your fingers.

The volcano towers 1819 meters above sea level (actually a little less since the crater collapsed a bit). Scaling it is tiresome and takes ages on foot; however, the going is never too intense and walking up it and down again in one day is realistic. Much more fun though is to go most of the way on quad bikes! 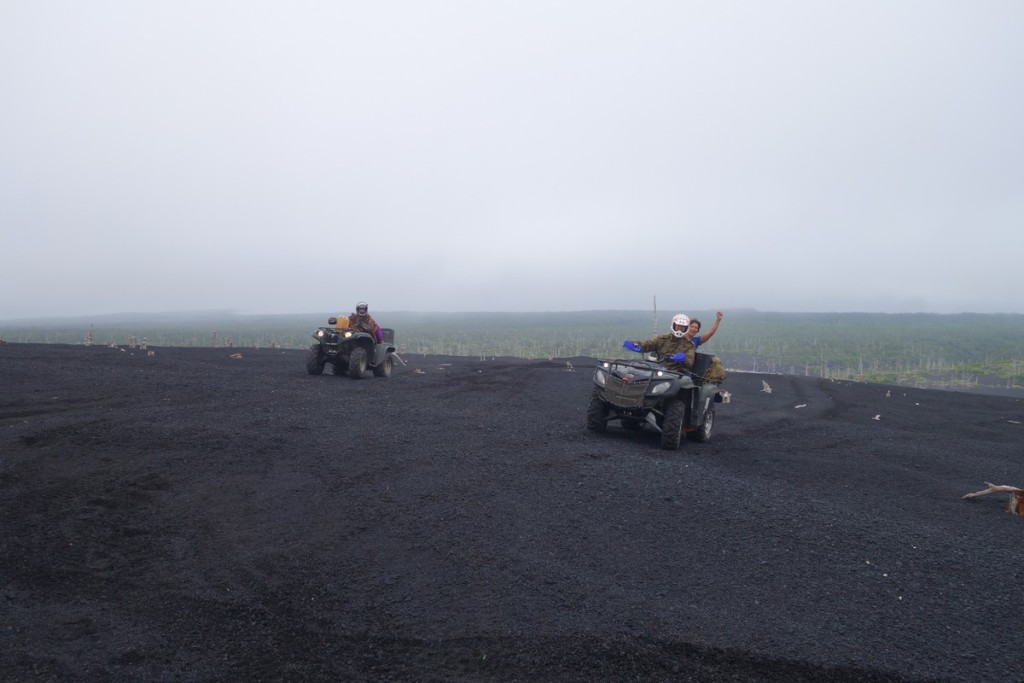 We were told that in the past you had to battle your way through several kilometers of thick bamboo jungle. Now things are much more convenient – from the shore to the foot of the volcano the quads have beaten a reasonably smooth track.

After a couple of hours of quadding our posse was split into those who were shattered already and those who still had plenty of stamina left in them. So we divided the group up into two group: the moose – who raced up the last, on-foot, leg of the climb; and the crabs – who lolled about and didn’t move a lot – much like crabs. 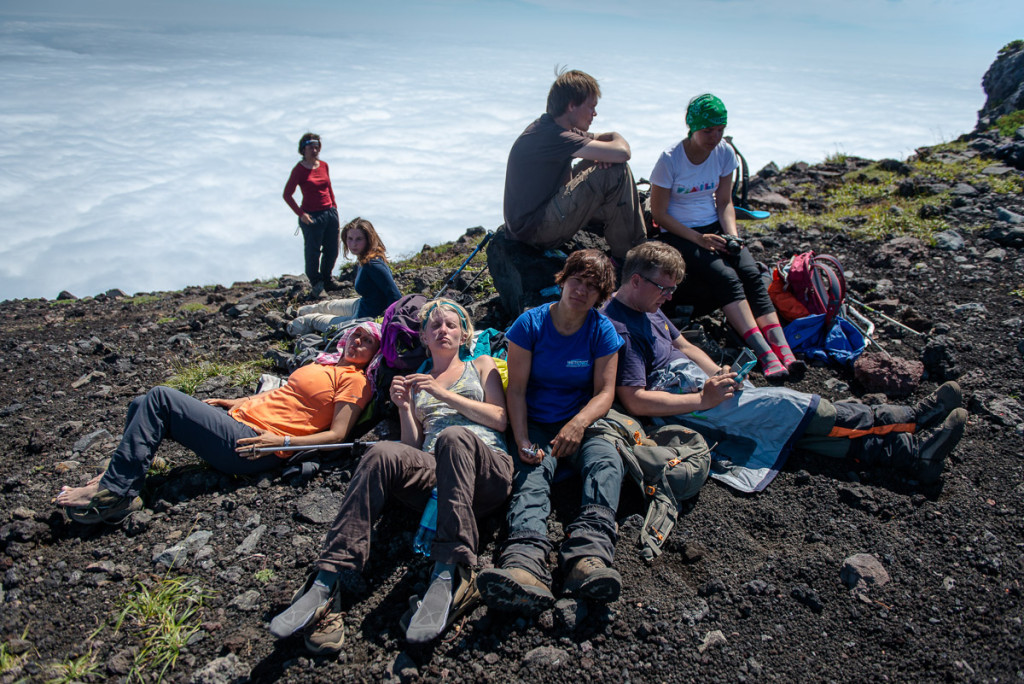 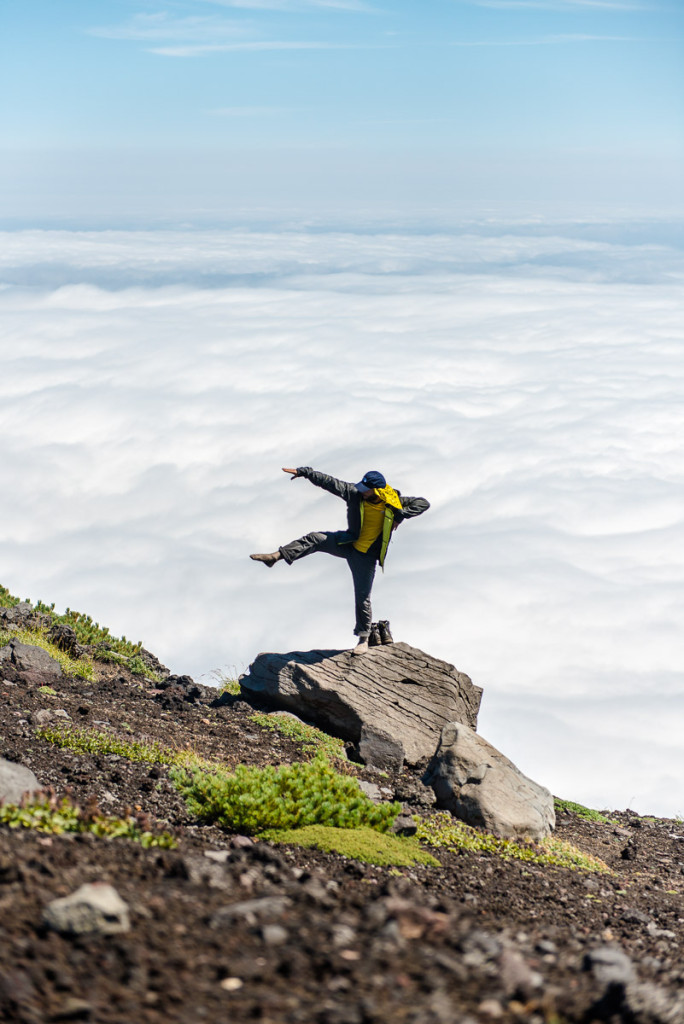 The moose, after an hour’s acrobatics up a (solidified!) lava flow, finally made it up to the southern part of the cone. And there…

The moose sure had their work cut out. The lava was all twisted and uneven, and rocks were always crumbling to bits underfoot so you always had to watch your step. Walking sticks are a must, not to mention plentiful water supplies. 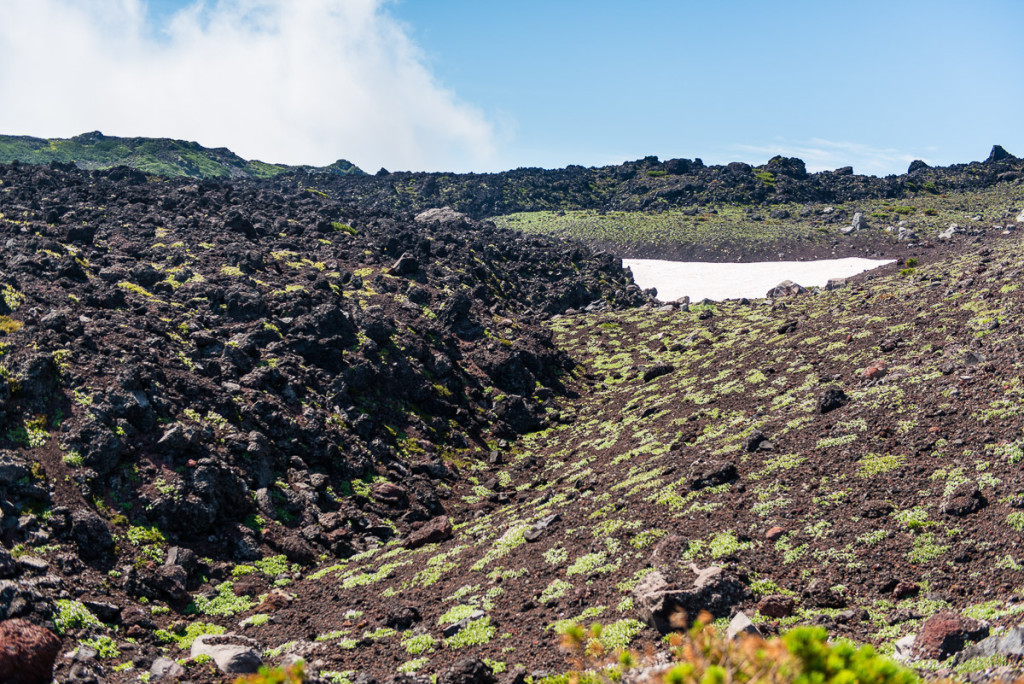 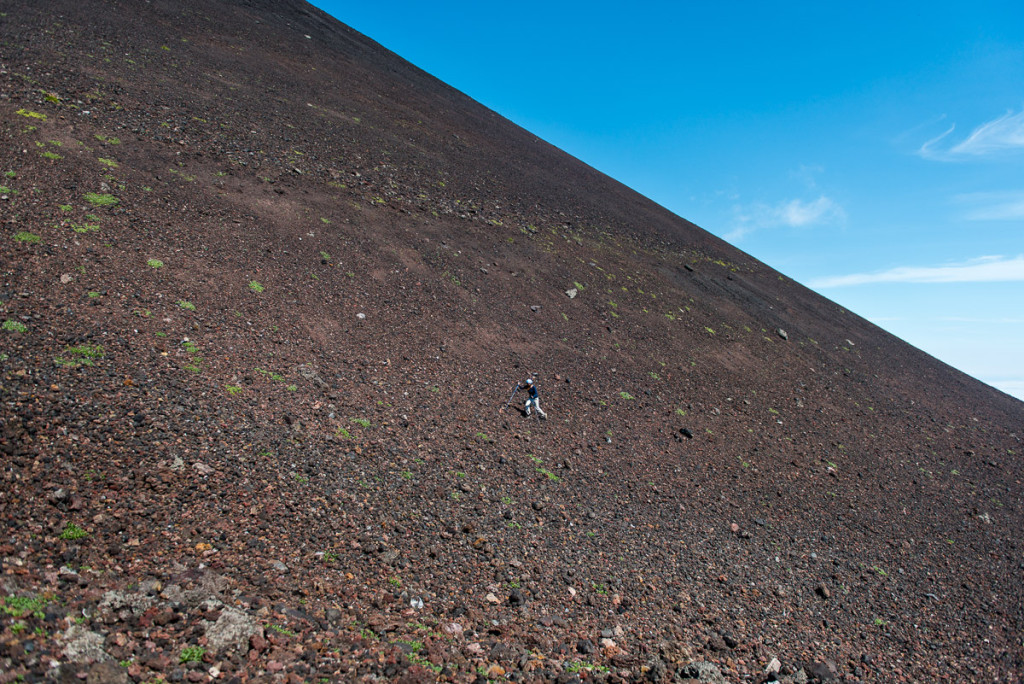 Then when you think you’ve made it to the edge of the crater you find there’s still further to go! The actual topographical summit is another 200 meters anticlockwise. Hmmm. Wind’s a-blowing, fumaroles are a-fuming, boots on the slope are a-slipping… wonderful! At least you can have fun shouting your head off setting off eerie volcanic echoes! 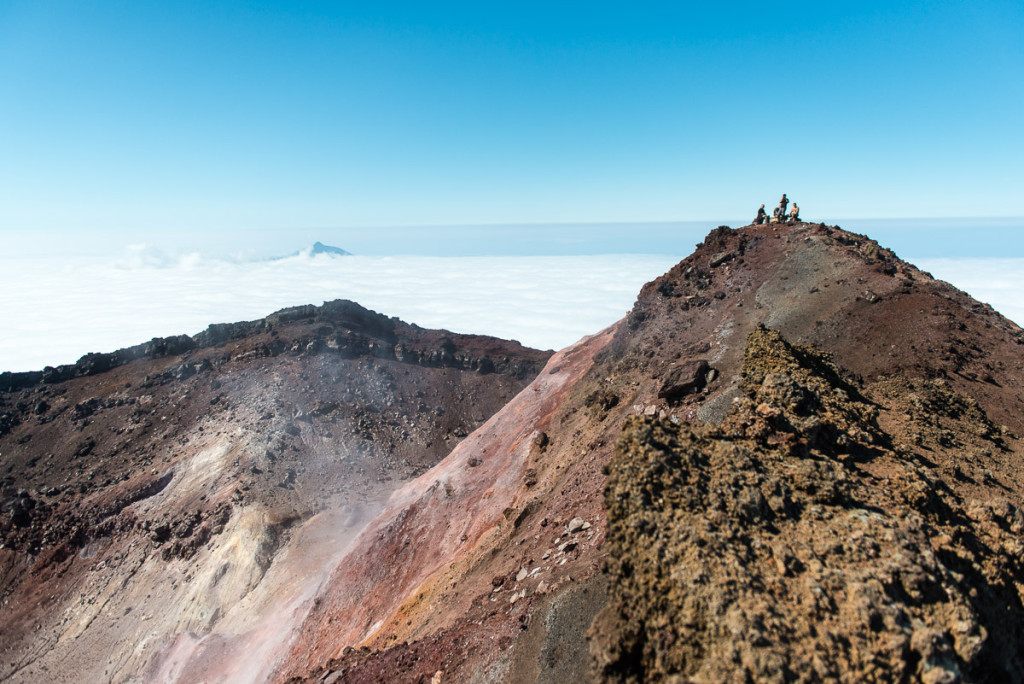 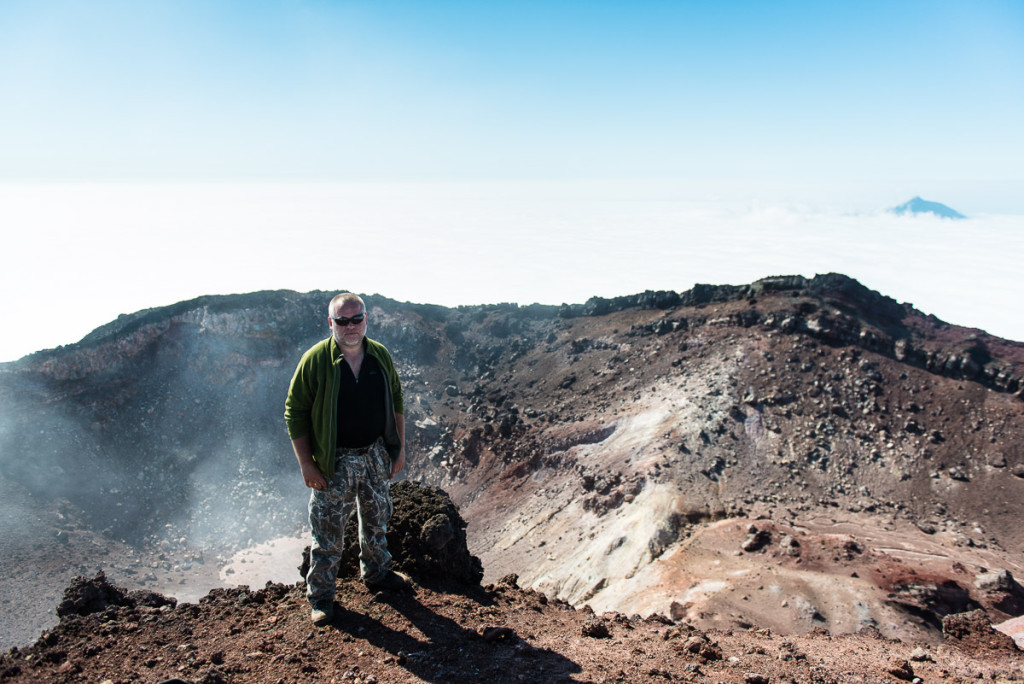 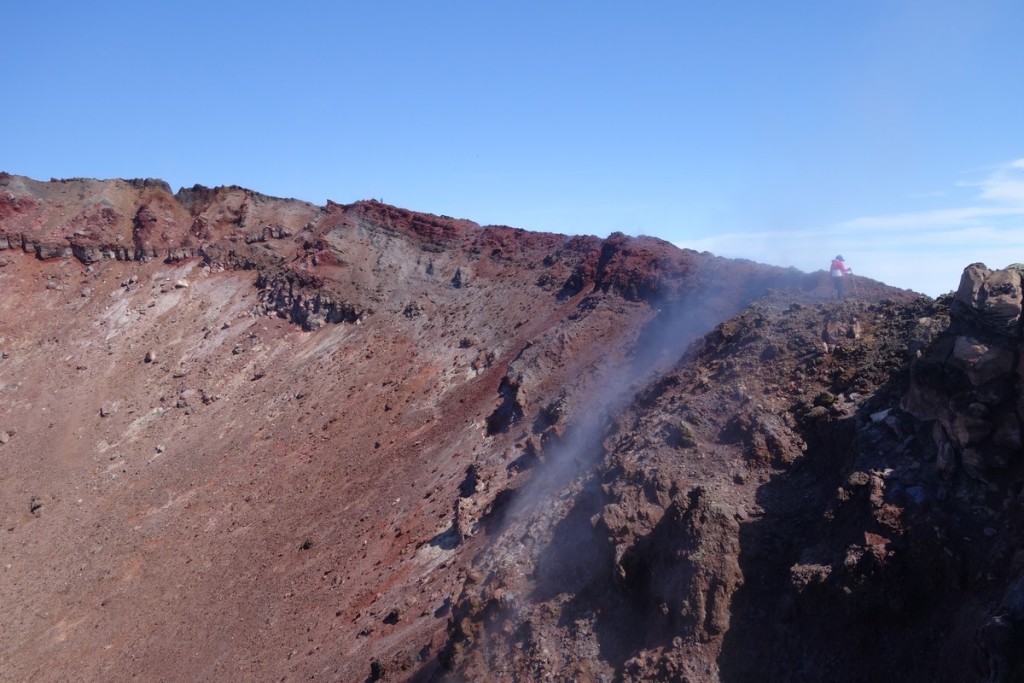 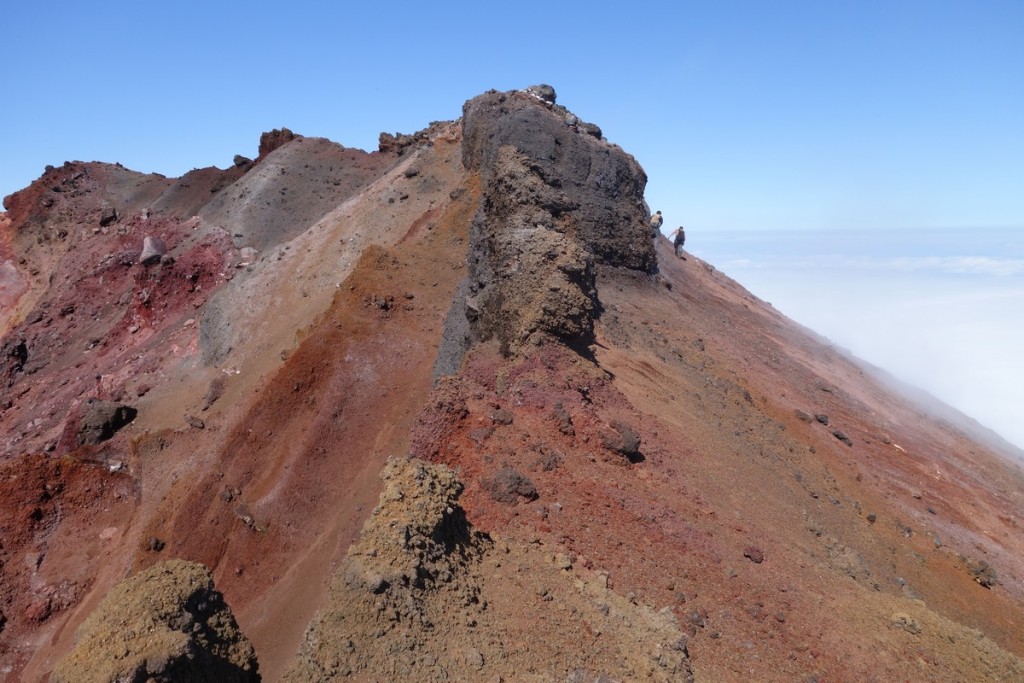 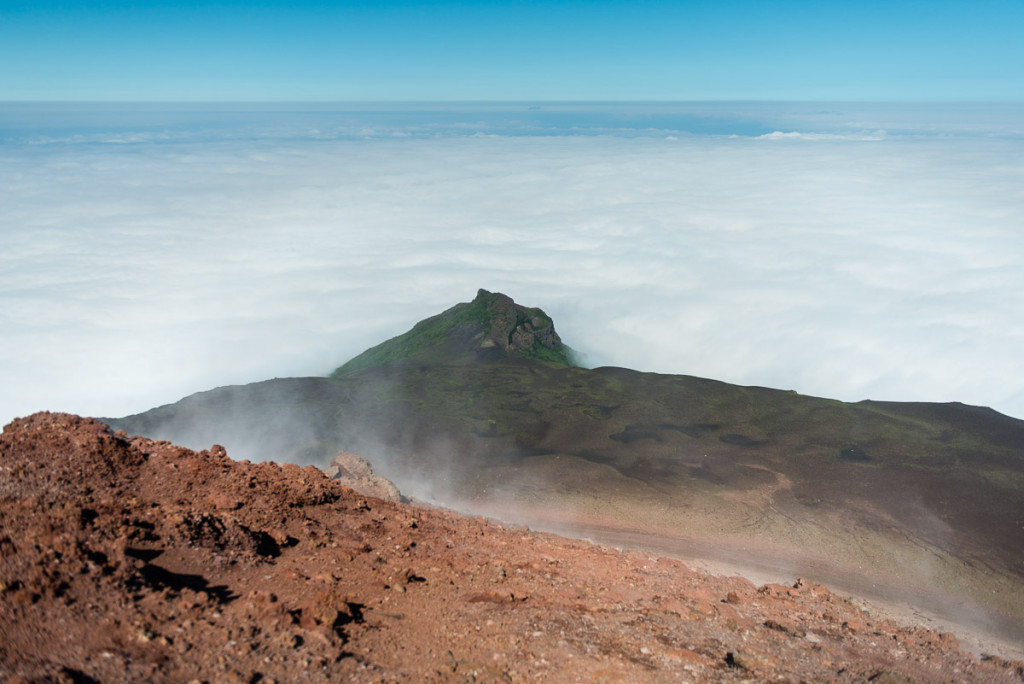 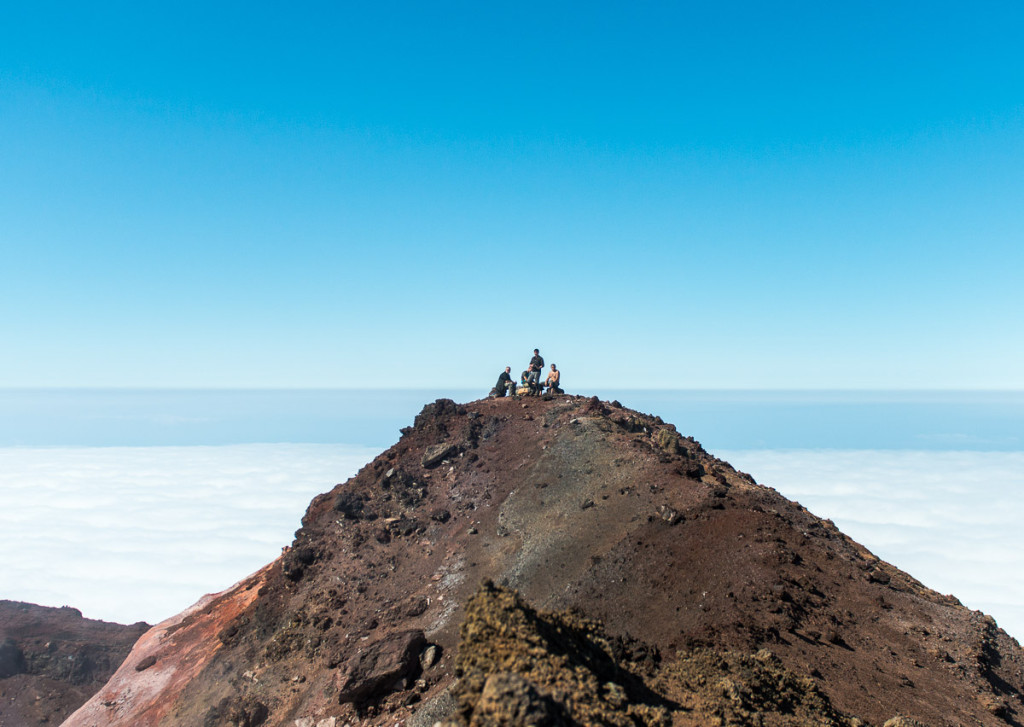 The view from the top of Tyatya volcano, by @e_kaspersky. Makes you want to dance the cha-chaTweet

On the western slope lie the remains of an Mi-8 helicopter, which sadly crashed into the side of the volcano back in 1983. No one survived. A macabre spectacle. 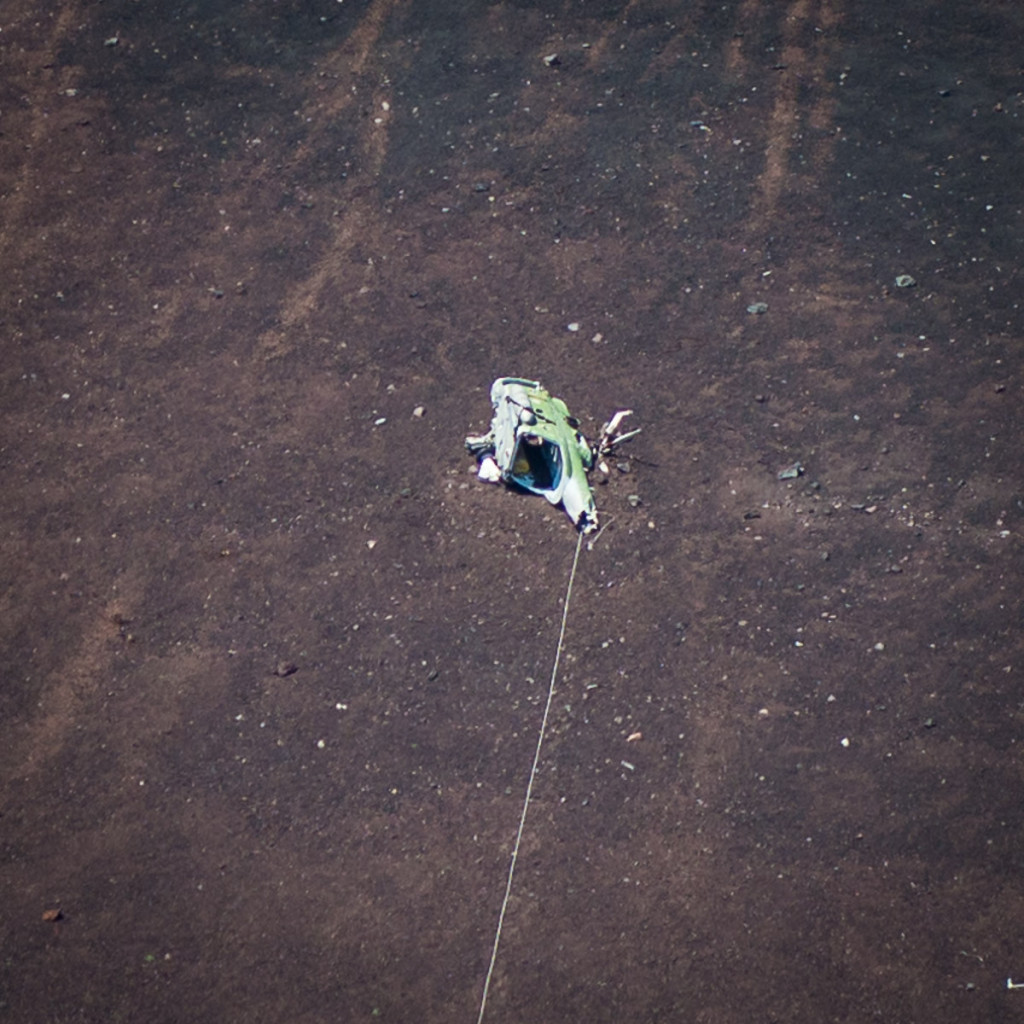 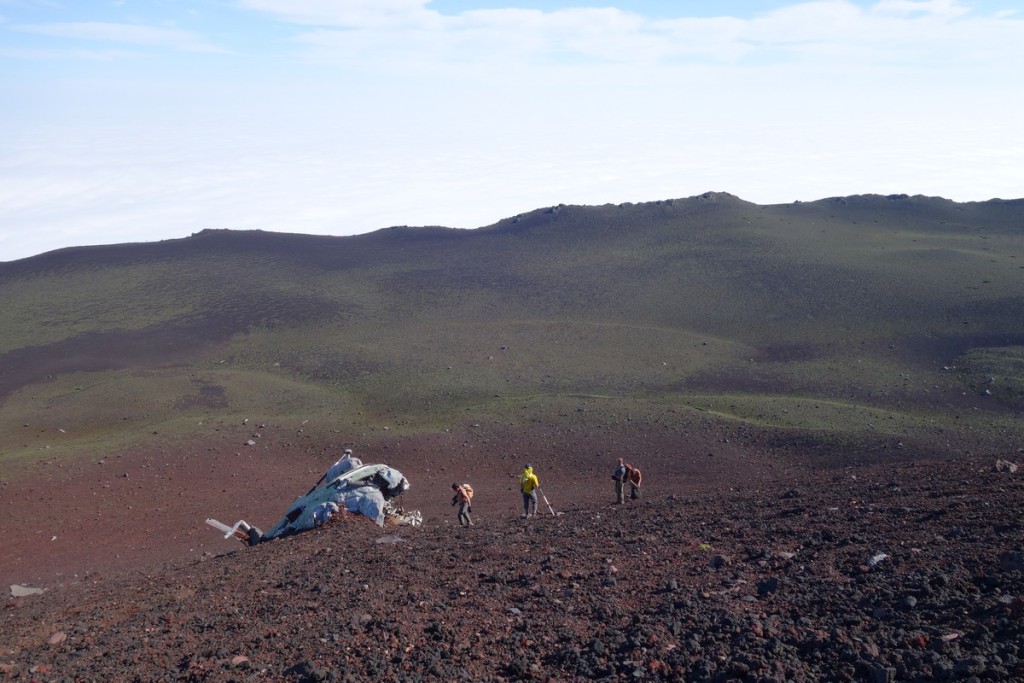 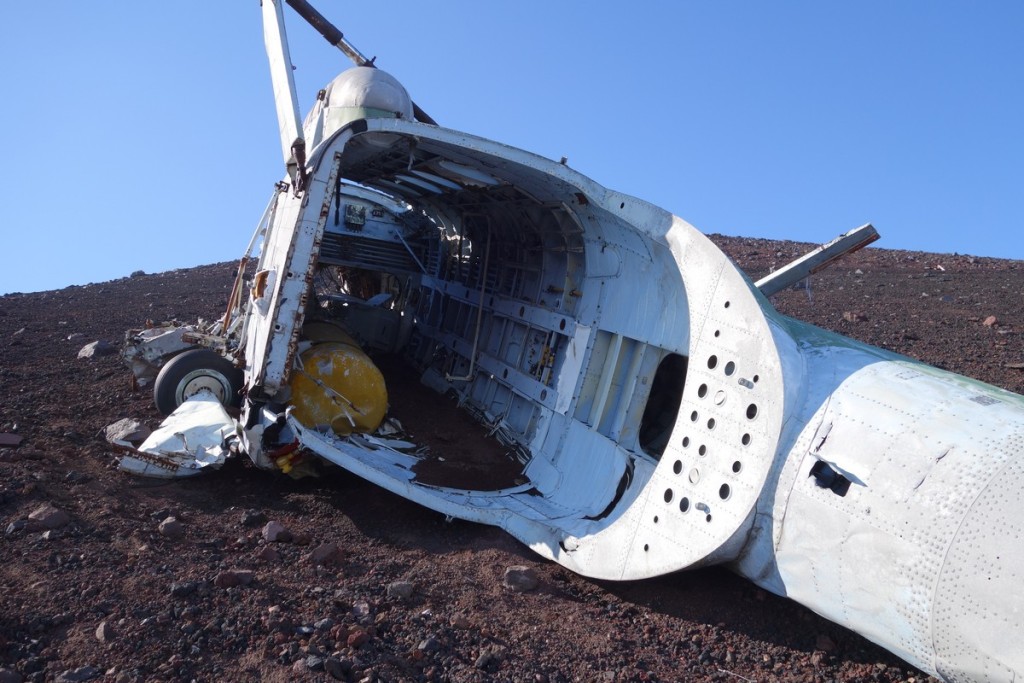 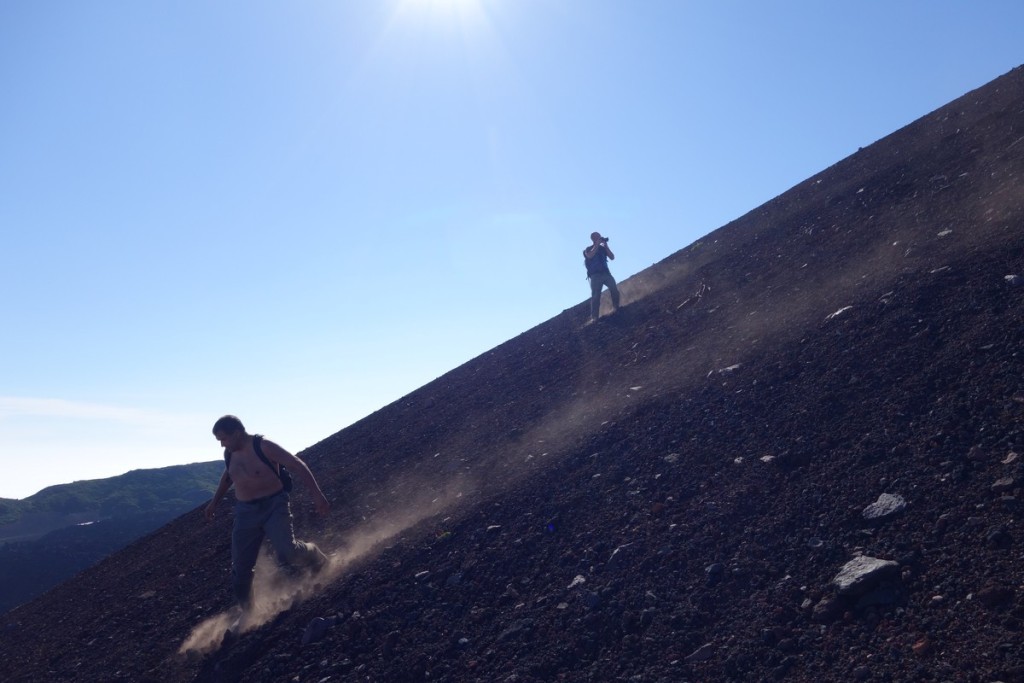 On the way back down we had to up the tempo quite a bit since we’d over-stared our welcome up at the crater. We had to get back to the boat and shoot over to Yuzhno-Kurilsk, where a nice and cozy hotel was waiting for us. But for all our rushing, we still didn’t make the boat in time – in time, that is, before the border guards’ working day finishes; no border guards – no crossing the border (to… – tell you later!…). So, to everyone’s delight we were forced to stay another night aboard the ‘Athens’ :). 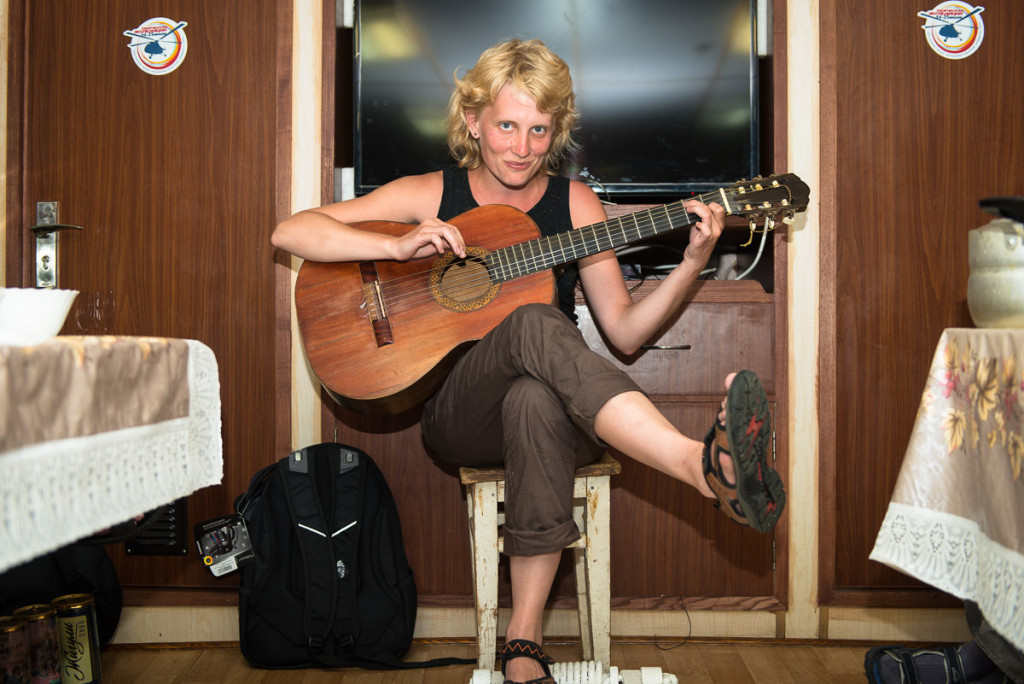 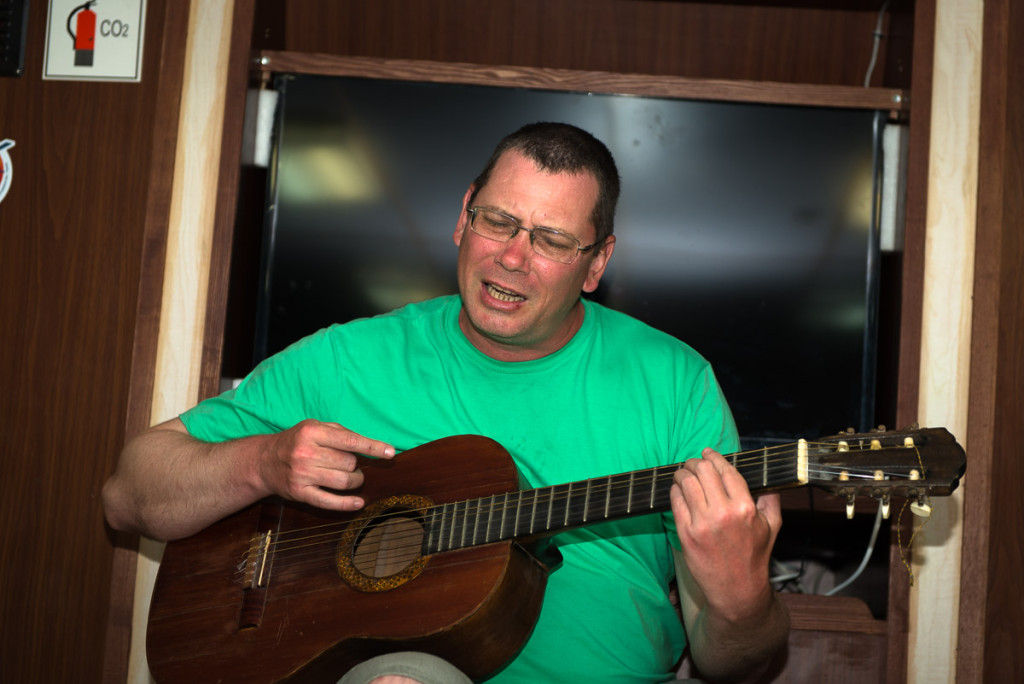