It’s easy to brainstorm a long list of things you can associate instantly with the USA. Easy peasy…

Washington, D.C., the White House, NYC, the Statue of Liberty, the Empire State Building, the Wild West, the Great Depression, Lend-Lease, the first man on the moon, the Space Shuttle, Coke and Pepsi, McDonald’s, Hollywood and Disney, Microsoft, iPhone, Google, Facebook… I could go on for ages, as I’m sure you could….

But one thing I never associated with the U S of A is volcanoes. However, it turns out there are quite a few here – and rather impressive they are too. They’re on the West Coast – in Washington state, up next to Canada.

For those who might not yet know, I’m a big fan of volcanism (see my tales, pics and vids from Kamchatka, New Zealand, Santorini, Mount Etna, Pico de Orizaba and so on).

And I can now add a plus-2 to my collection of been-to volcanism – with these two gems: 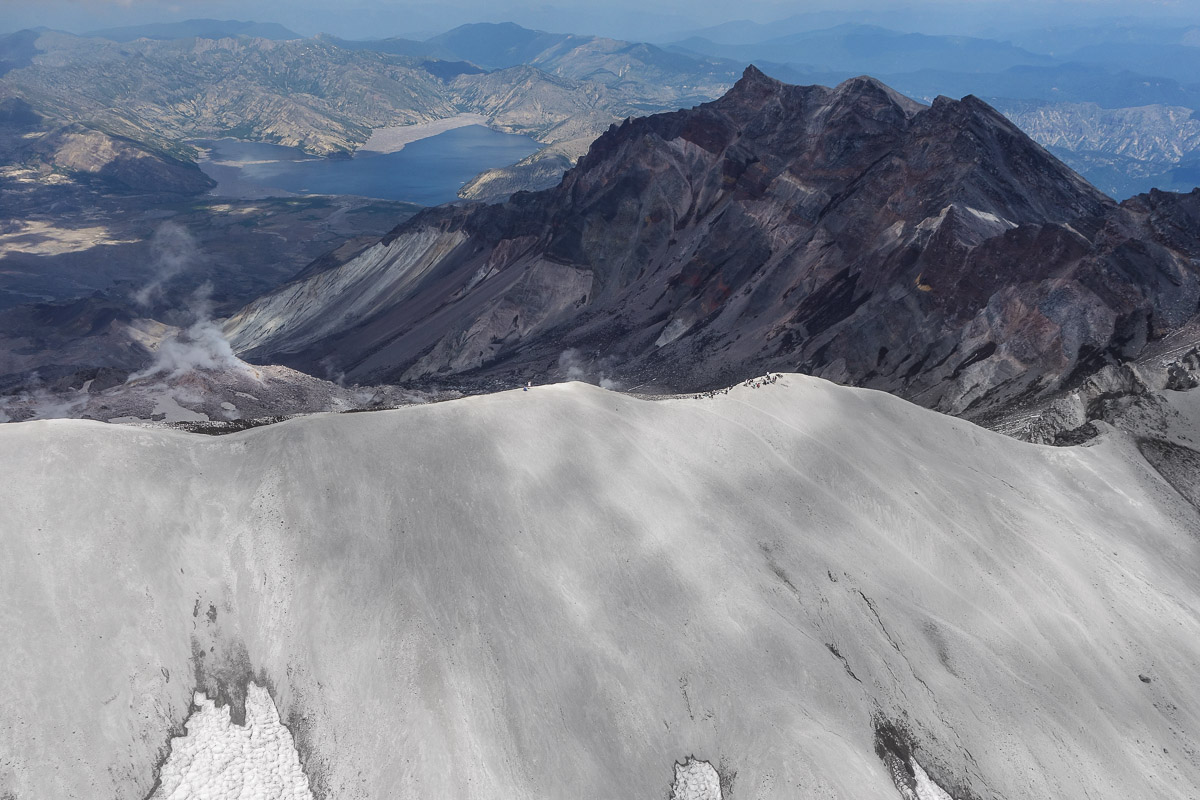 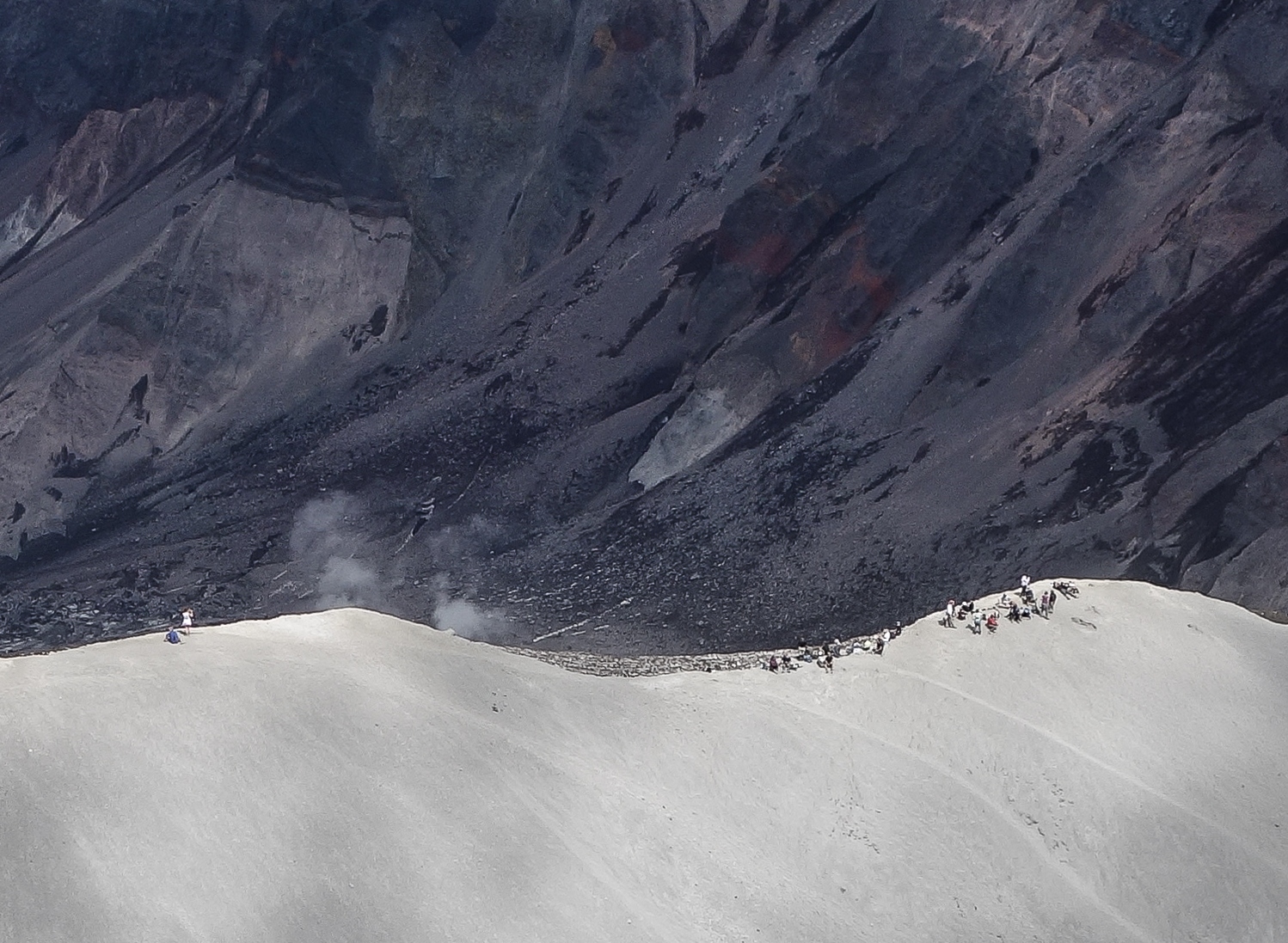 1) Rainier – it’s immense. Its colossal size contrasts against the surrounding relatively miniature scenery much like Mount Fuji does in Japan. It’s one of the largest volcanoes of North America, towering nearly 4400 meters up above sea level. That’s actually not all that high by world standards, but all the same its sides look scarily steep and the summit’s covered in glacial ice the year round… Still, those in the know say it’s not as scary as it appears. And anyway, ‘bags with no grips’ (that’s how such folks in the know refer to office-worker tourists:) can always have an experienced guide accompany them – even up to the top.

However, to get to the very top (in fact – to walk about anywhere above 3300m) you need a permit. And it’s generally best not to try trekking and climbing up high on your own – a guide is a must really. But if there are no guides to be found – it’s still poss to go your own way and stroll along easy paths on the side of the mountain and admire the surrounding glaciers and valleys. In short, if you ever find yourself in Nirvana‘s hometown’s environs with a few days to spare, I really recommend this checking out this place. 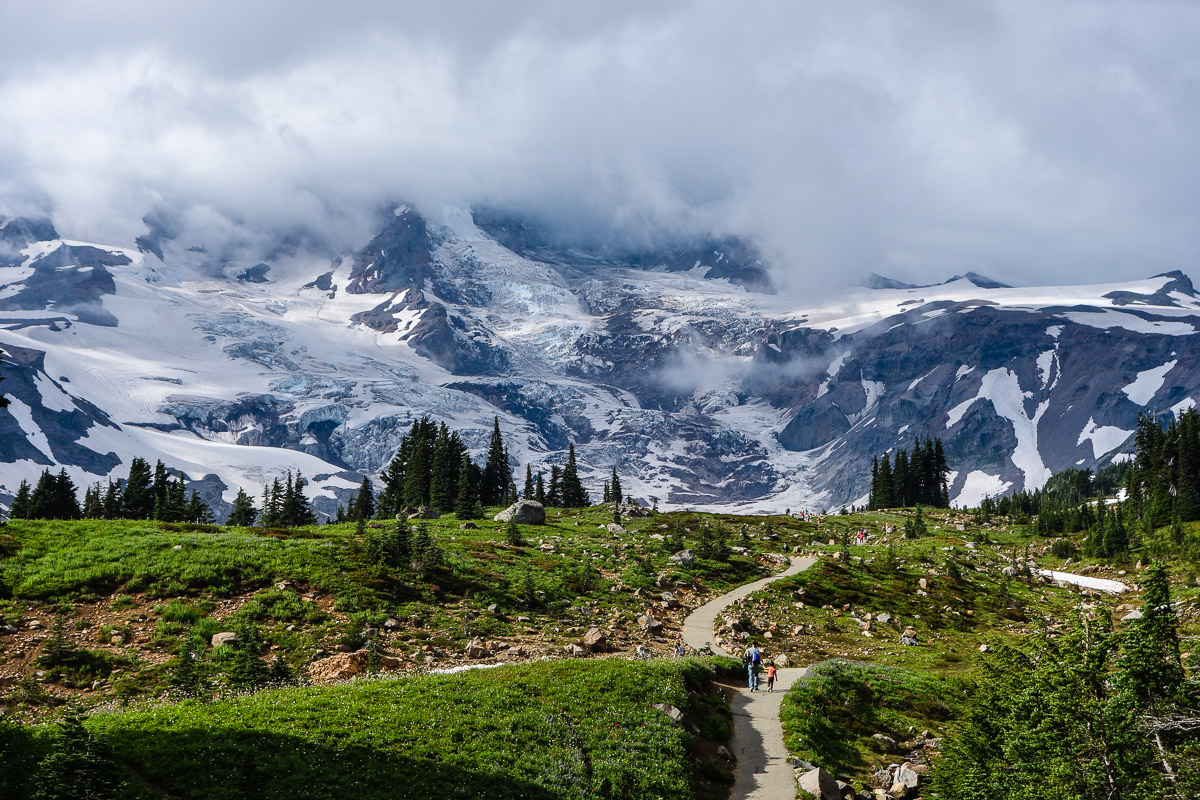 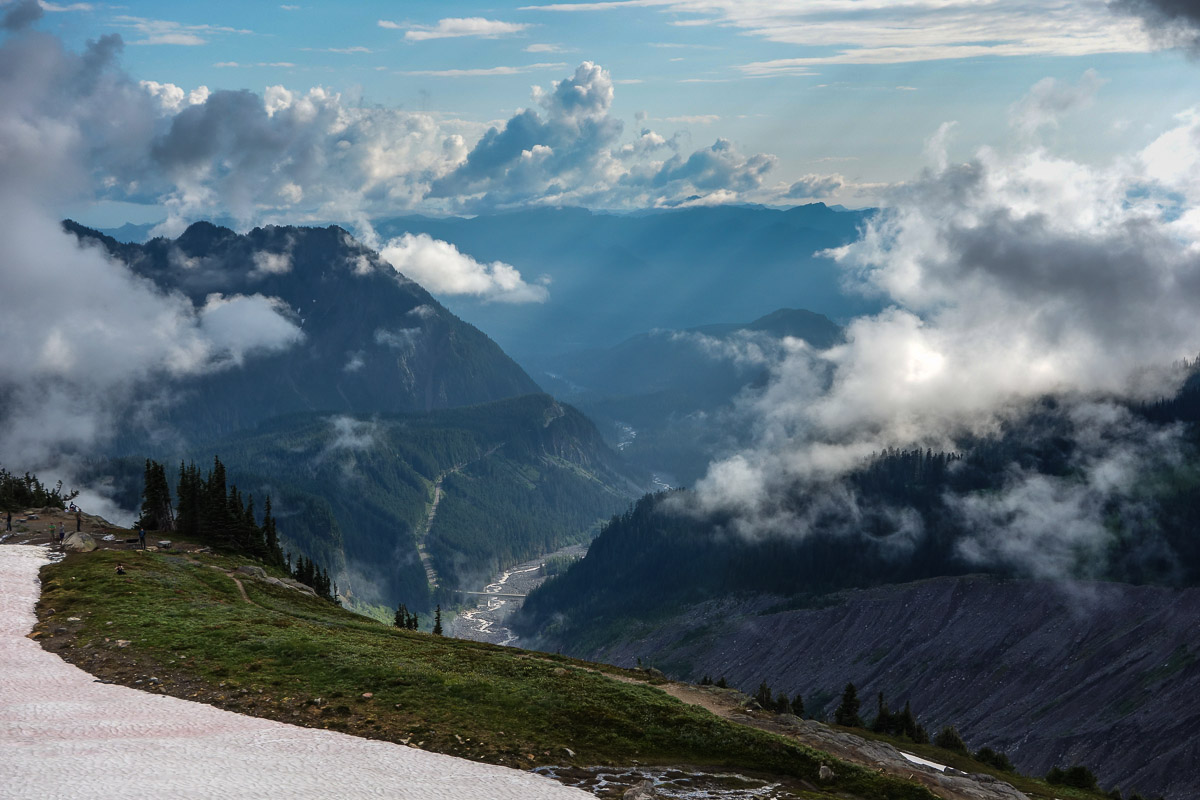 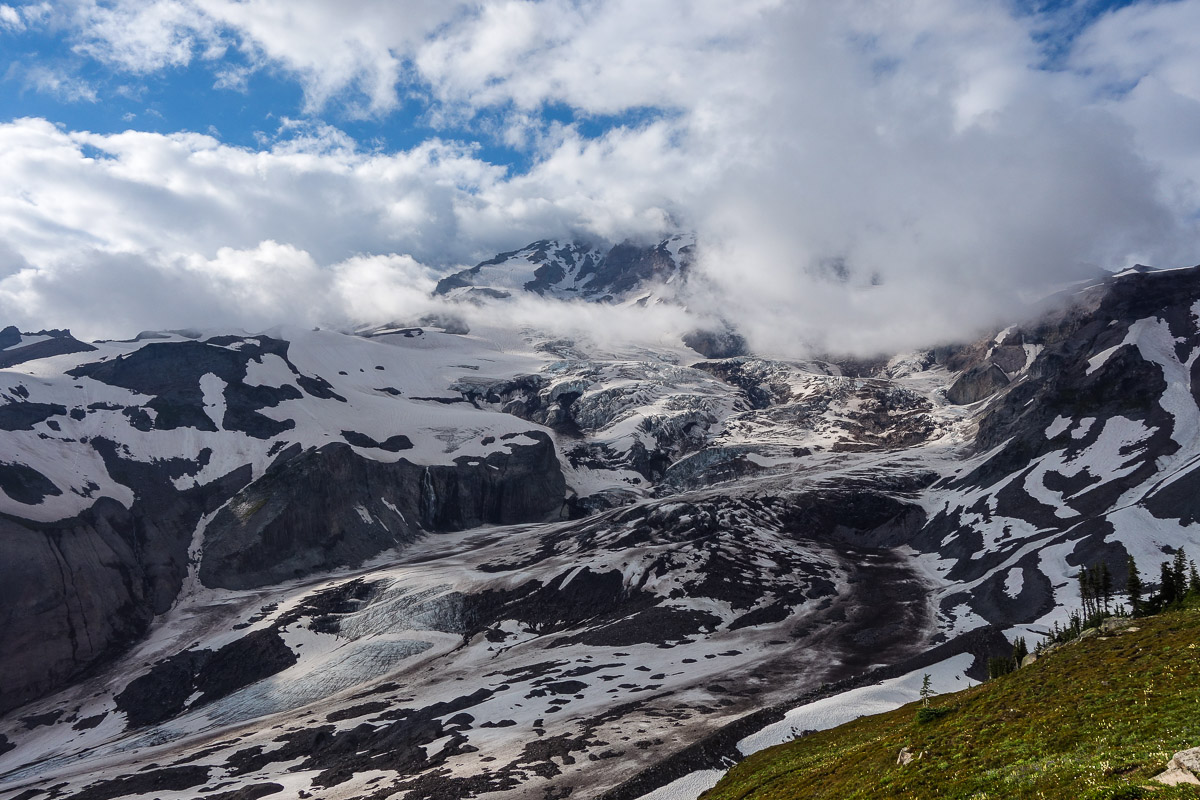 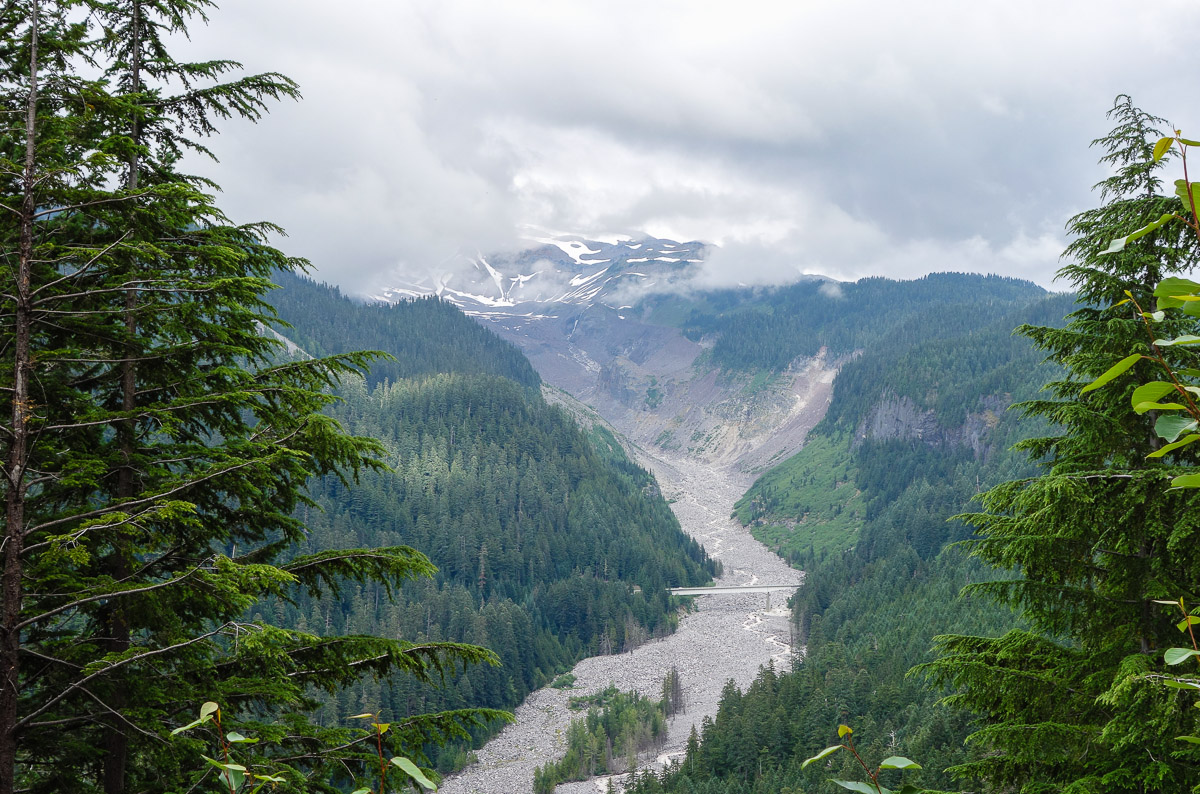 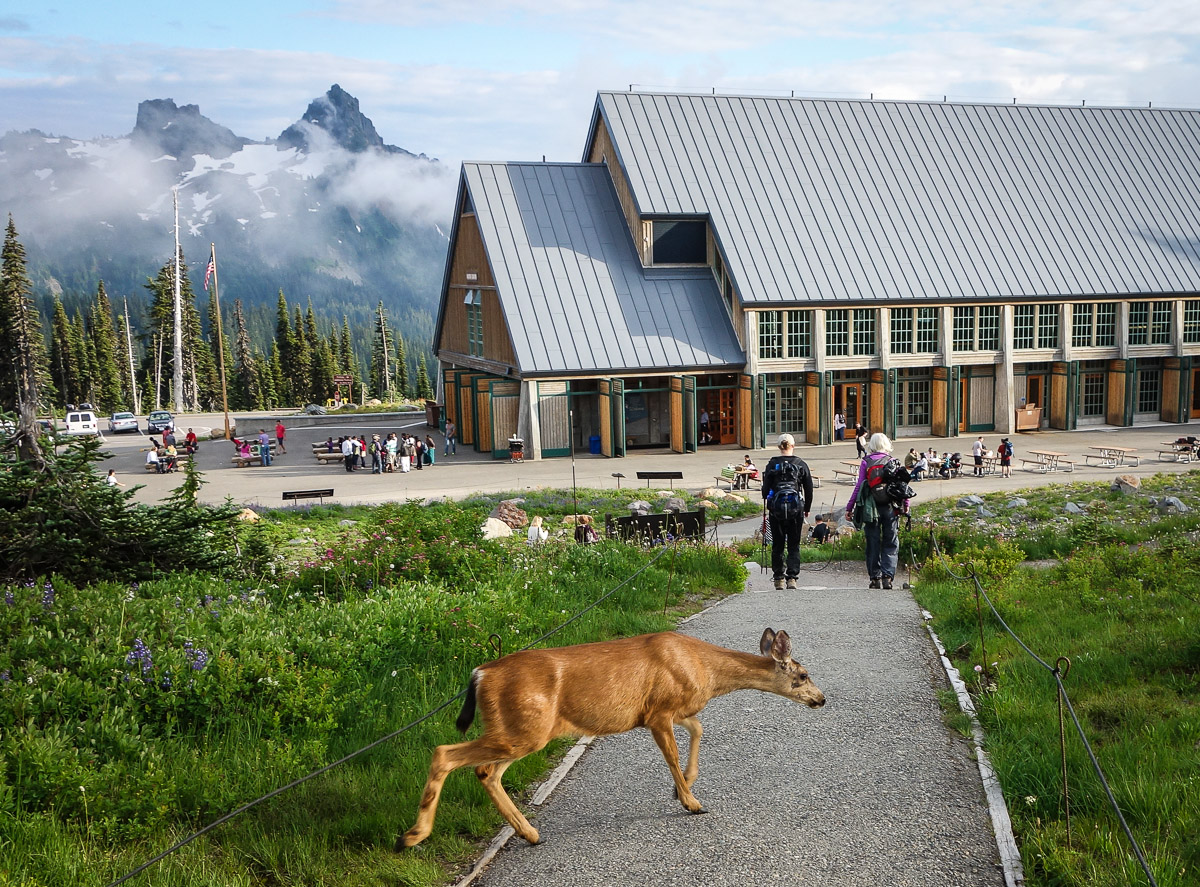 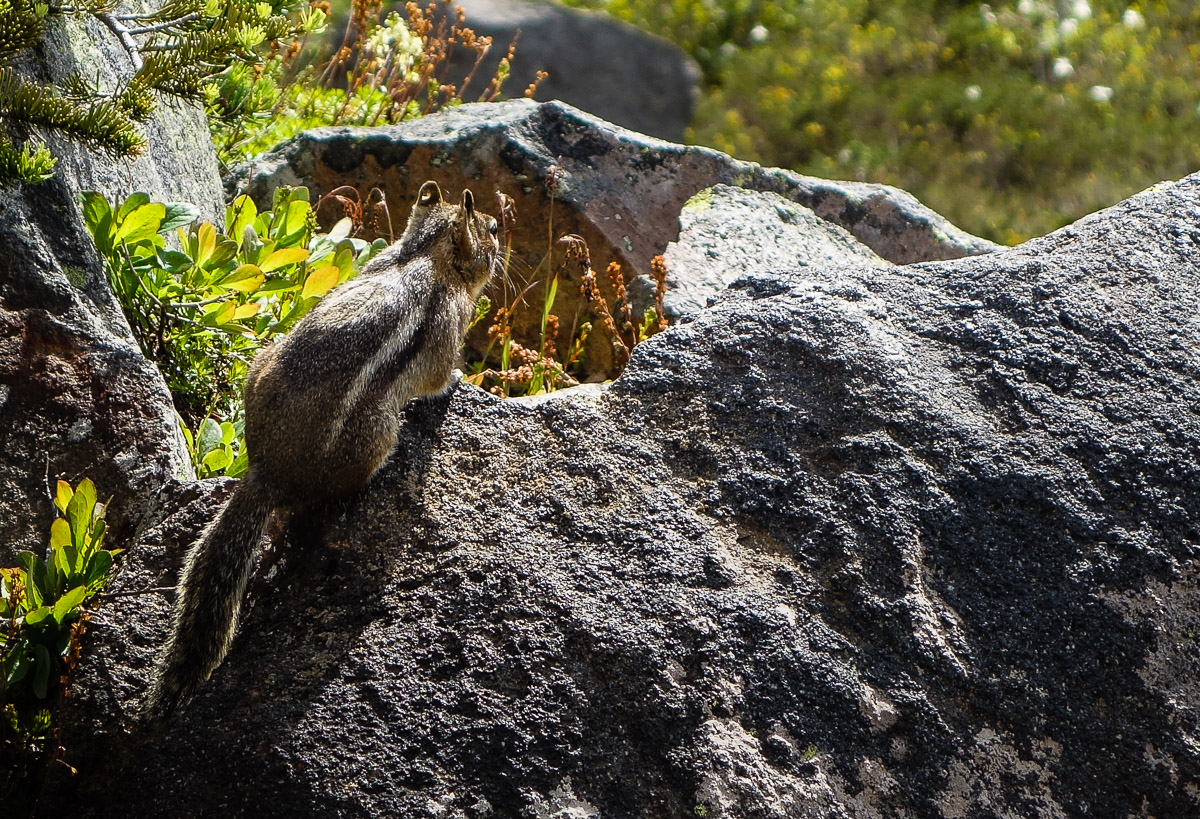 2) St. Helen’s. Infamously famous for the disaster of 1980 (May 18) – when it erupted and emitted some of the most powerful pyroclastic flows in modern times. The flows decimated the surrounding area much like an atomic explosion (see the flattened trees in photos), and the catastrophe was made even worse by the glacial ice melting and wiping out yet more of the surroundings. To get an idea of the scale of the disaster here let me tell you that the mud flows from the melting ice traveled as far as 80 (eighty!!) kilometers from the volcano itself. The death toll came to 57, made up of tourists, lumberjacks and volcanists.

Here’s a bit more on the pyroclastic eruptions:

The volcano ‘blew its top’ – literally: it ended up being 400 meters shorter after the eruption (before and after photos are worth checking out). Now its height is 2550 meters.

Physically, it’s not difficult to get up to the top; bureaucratically – it’s a bit trickier. From May through October you can only get to the summit with a permit obtained in advance, and there are only 100 such permits issued per day. So, why tickets for a volcano? Probably simply for reasons of safety: At the top the flat area there is rather small (see the photos); if thousands turned up there at the same time there’d be a crush. 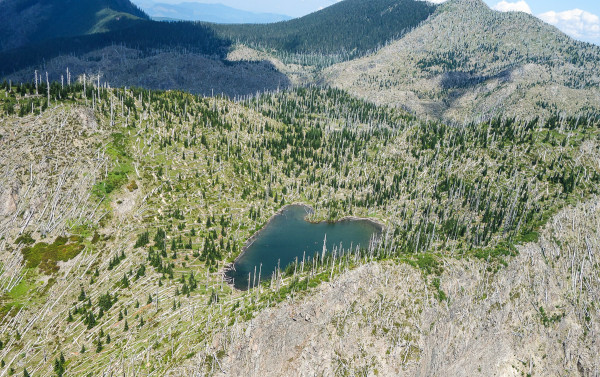 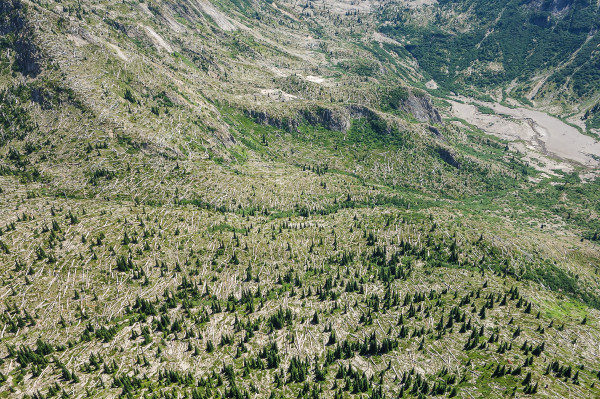 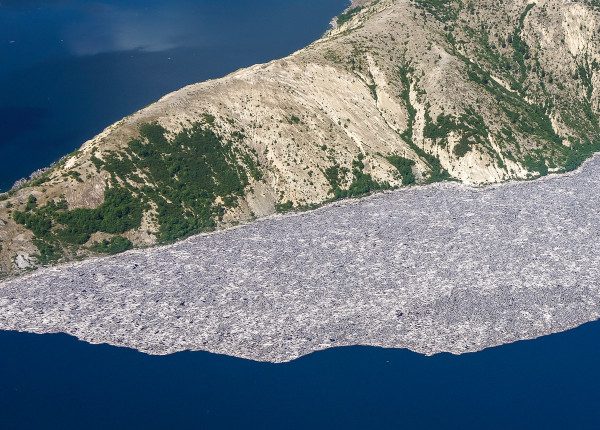 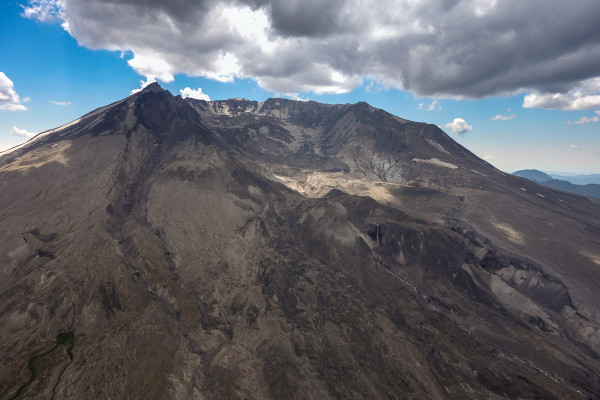 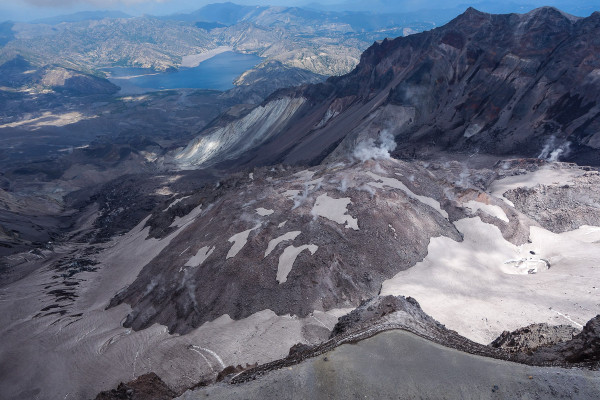 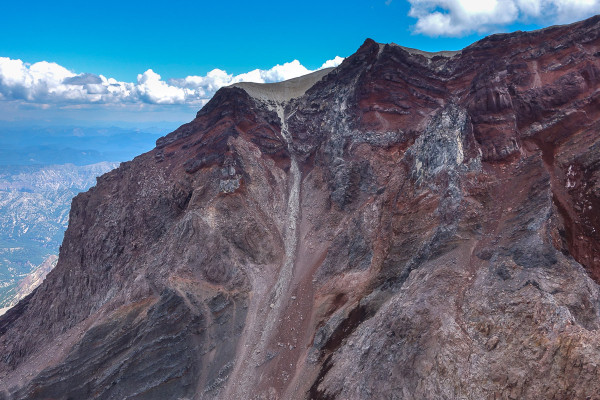 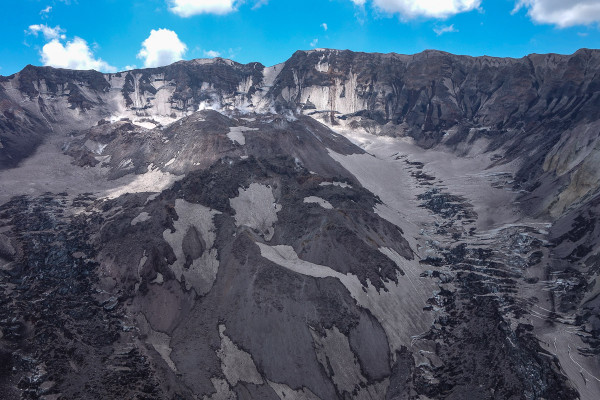 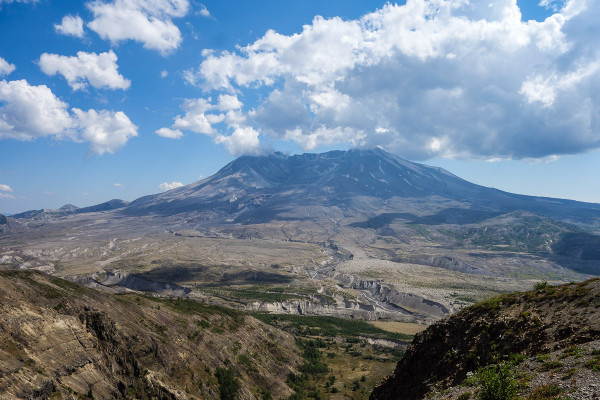 The rest of the pix are here.

Incidentally, to complete your immersion in this volcanic theme, check out both Dante’s Peak and Atlantis :).

Still on an explosive theme, albeit of a different scale to volcanoes – a bit now about guns…

En route to the volcanism we dropped by a shooting range for a bit of gun fun. There we got to fire a Mosin rifle, revolvers, and some strange kind of shotgun. And ‘specially for our friends from Russia’ we were also given a go on some AK-47s and Makarovs! I got quite nostalgic I have to say – being taken back to my cadet days. I hadn’t held either in my hands for 25 years! 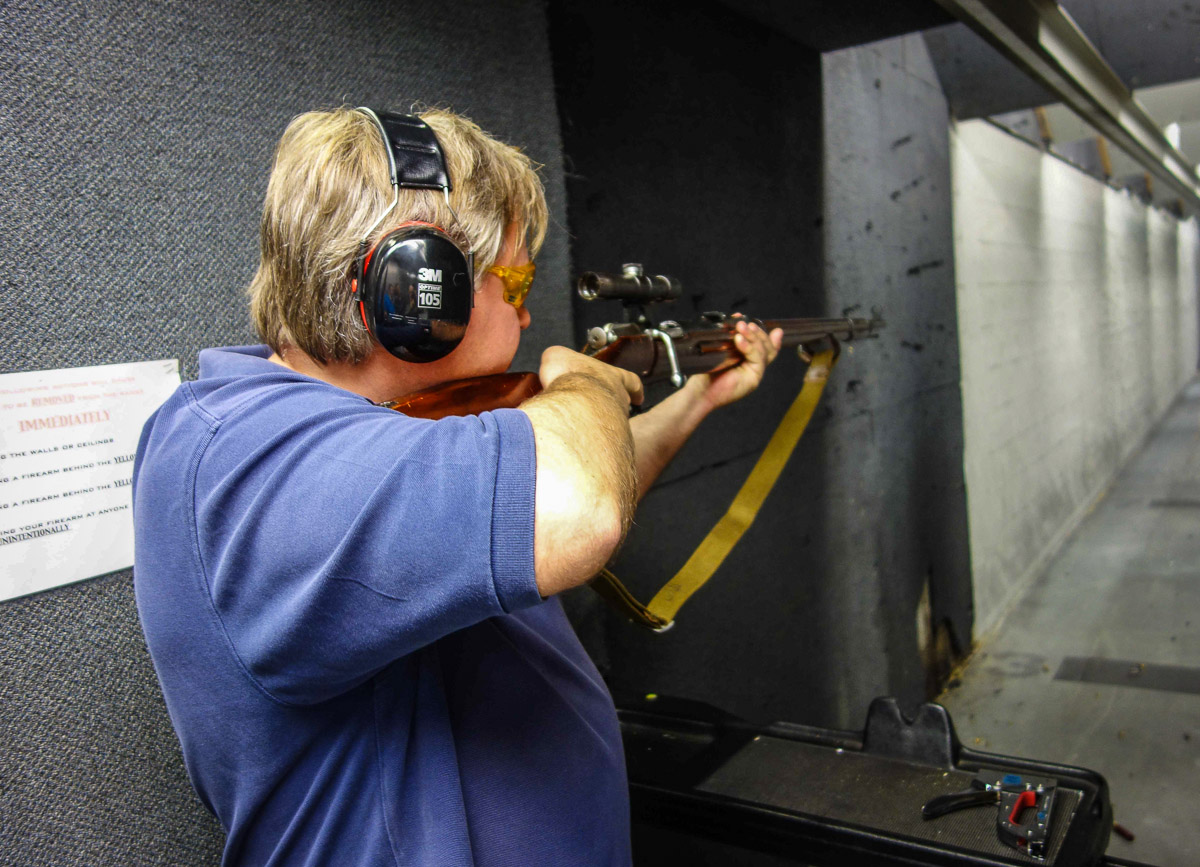 Now for something completely off-explosive-topic:

We also visited our nano-office in Seattle (actually – Belleview). Here we’ve basically just got a team of viruslabbers, no one else. What with it being August and most folks being away on vacation, we hardly met any of the crew. Never mind; I’m sure we’ll be back again soon… 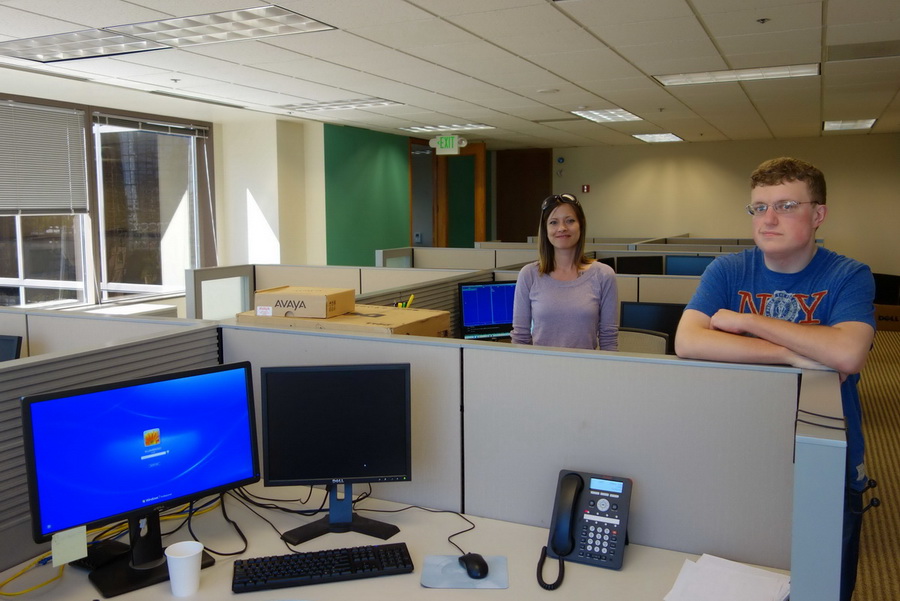 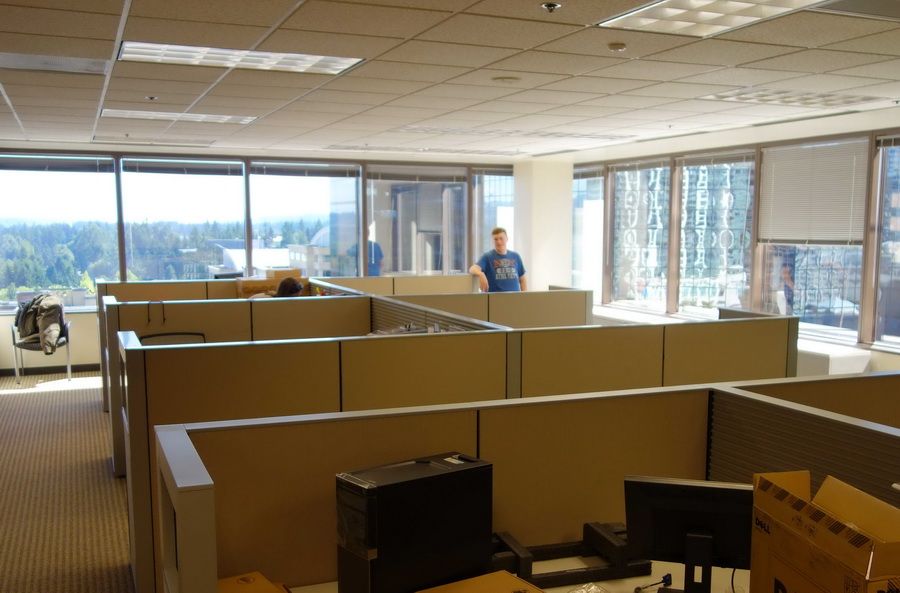 Btw, Seattle – the name comes from that of an Indian chief from these parts way back. Here’s the proof!

That’s it for today people.