In-between London and Moscow last week we managed to fit in a flying visit to Brussels, which didn’t even last a day, just 20 hours. Naturally, the first thing we did was make a beeline for the nearest bar for some Belgian beer. Oh yes – real nice. I believe Belgian beer to be one of the best in the world. 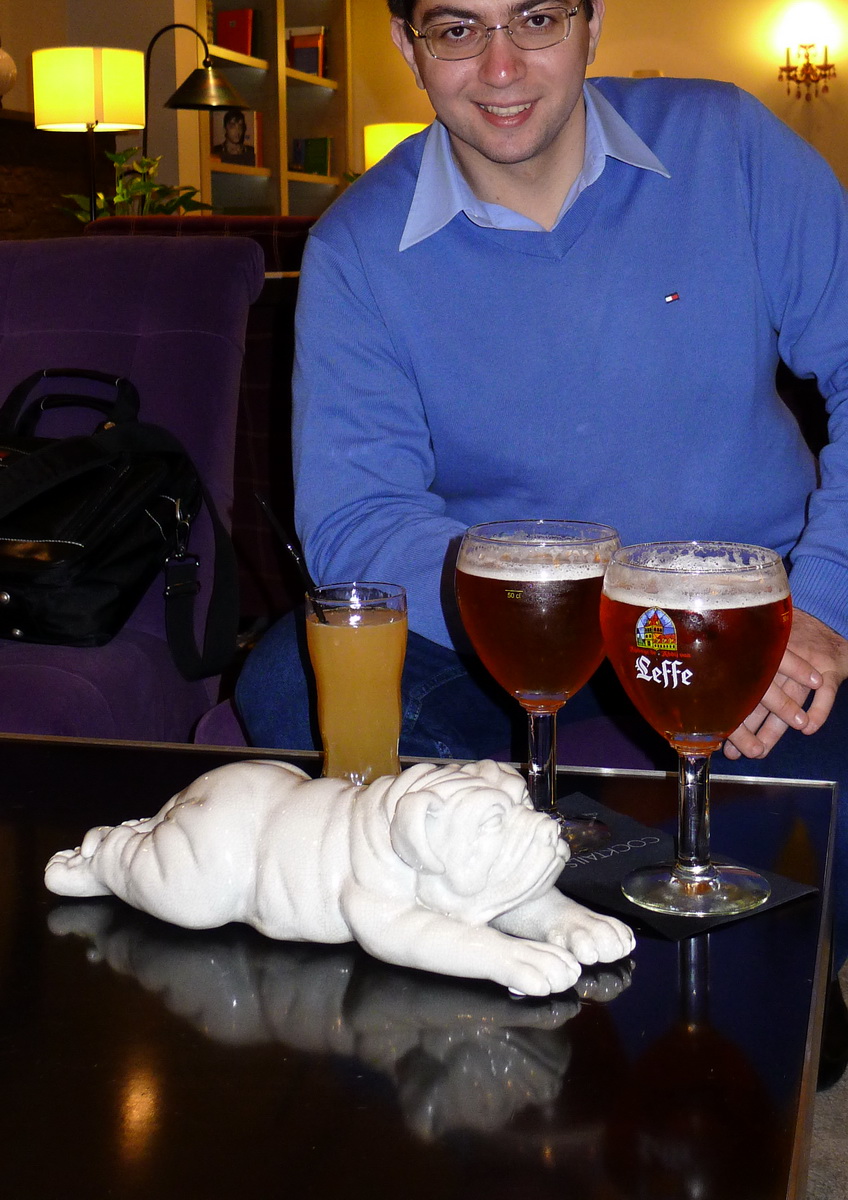 I’ve a real talent for photography. Beers, bulldog, and… JUICE?

Belgium is of course also famous for its chocolate, a peeing boy, and the Atomium, among other things. But on this trip all that was passed by; my schedule, as per tradition, was crammed full. Its highlight took place inside the European Commission building, where I secured myself a +1 to my list of live broadcasts I’ve been on on international TV channels. The new addition – on Euronews – now complements BBC World News, CNN, Bloomberg, Sky News, Russia Today, and a number of others. 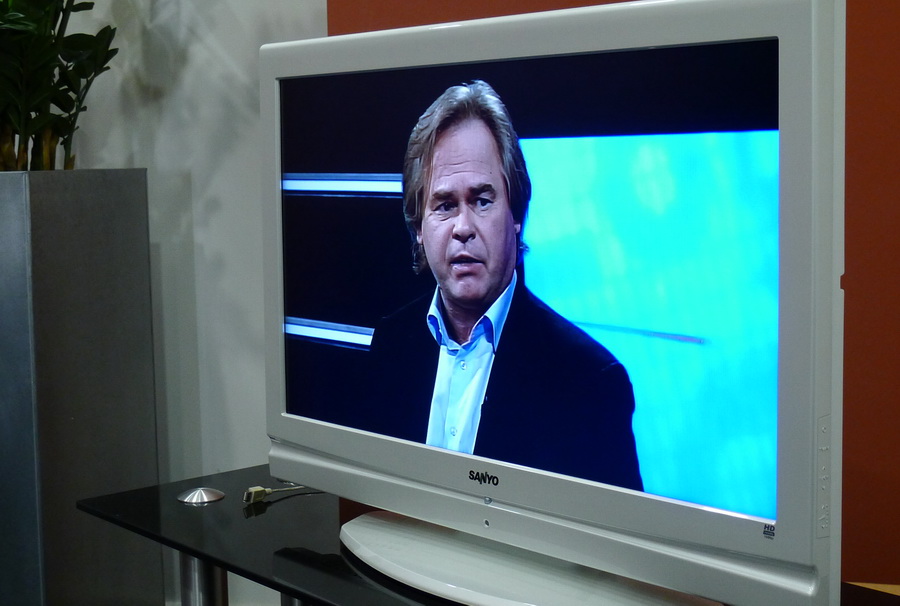 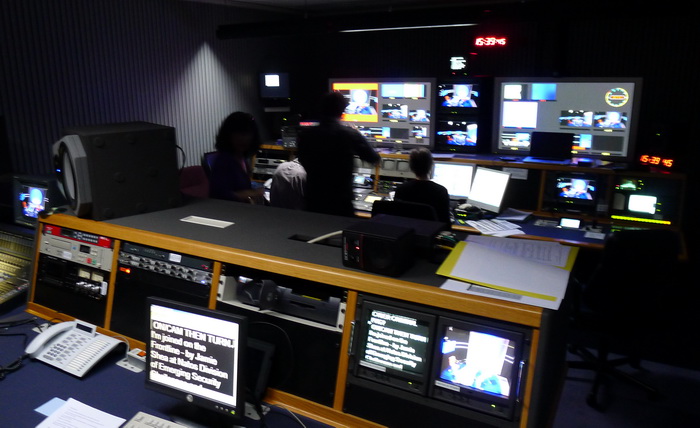 This was a short (Moscow – London – Brussels – Moscow) but very intense trip. I was totally worn out upon return. So that’s twice in as many weeks I’ve been pushed to my physical and mental limits (remember the cherry blossoms post?)! Must start easing up a (tiny) bit!

On our way back at the airport in Brussels, T.T. got all in a muddle when asked to take his laptop out of its bag. Several hundred similar pre-flight requests appear not to have helped him out on this occasion; in fact, they were probably the cause: his auto-pilot jammed! But we eventually got it working again with a few claps of the hands near poor T.T’s head (the same head I managed to not quite fully fit in the first pic above)! Anyway, I guess there was a lot of auto-pilot jamming that day: I managed to lose my boarding pass! Thankfully they printed me a new one at the gate (thank the Lord for modern techy airports – the check-in was quite a distance back from the gate). But fancy me of all folks losing his boarding pass! That was a first. And I hope the last. Whatever, it was also yet further proof – as if we needed it – that some major recuperation was needed. I think a week-off for some deep chillage would be sufficient to fully recharge the batteries. Yeah, and pigs might fly.