Despite these hard times, we continue our work saving the world from all manner of cyber-maliciousness. We adapt; we carry on. Meanwhile, I hope my travel notes and photos will bring a little cheeriness to all who view them – because there’s hardly a better way to do that than with the beauty of nature (and a spot of adventure).

Should you ever find yourself on a Kolyma Highway road-trip one winter – which I highly recommend you do, of course – be sure to take the turn off it that takes you to the Kolyma Hydroelectric Power Plant. It’s a real interesting engineering object, and you can have a guided excursion around it – which is just what we did…

Here’s the tunnel to the turbine room -> 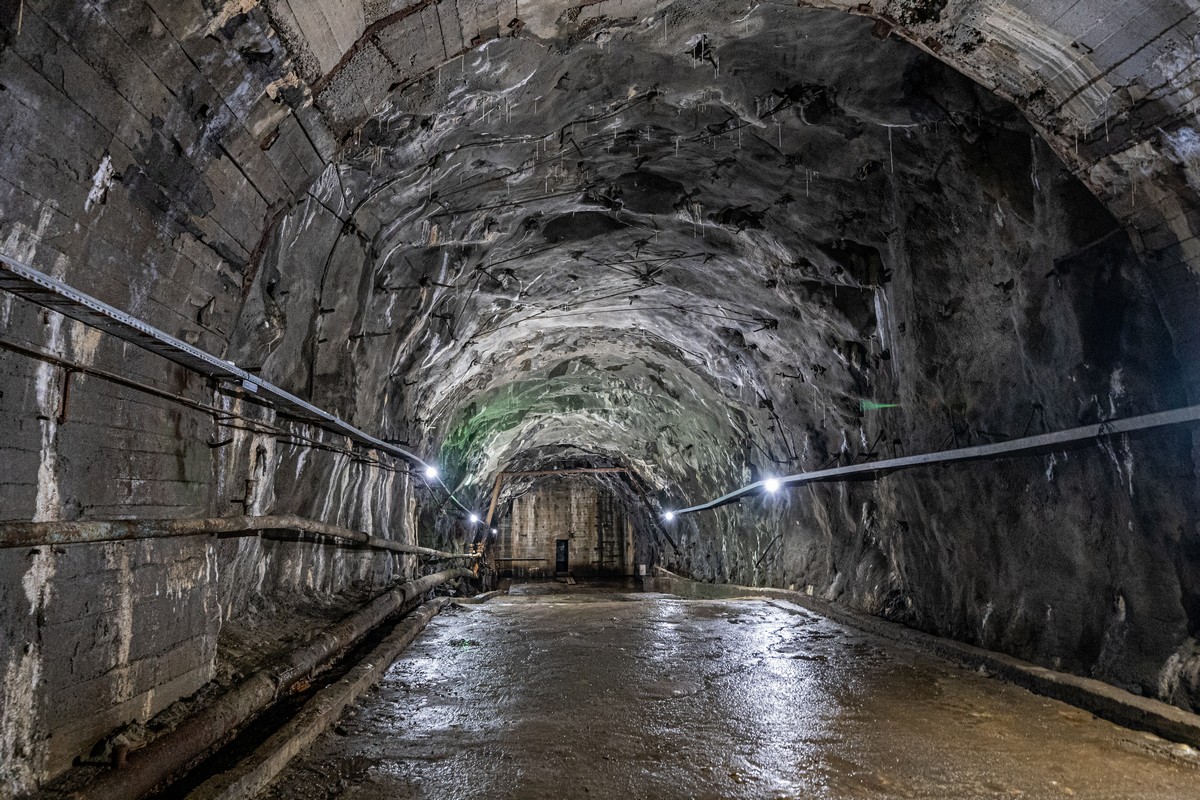 Here are the barrier and water outlets: 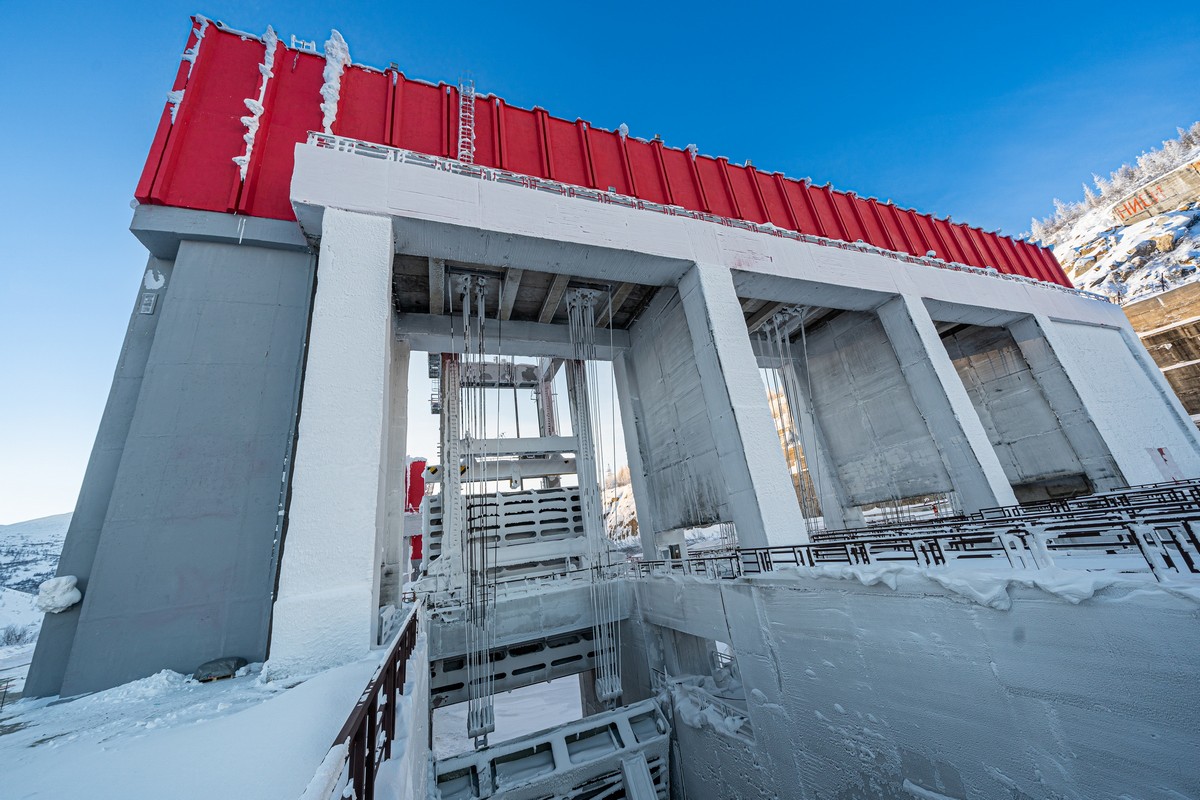 Snow and hoarfrost around here covers everything: 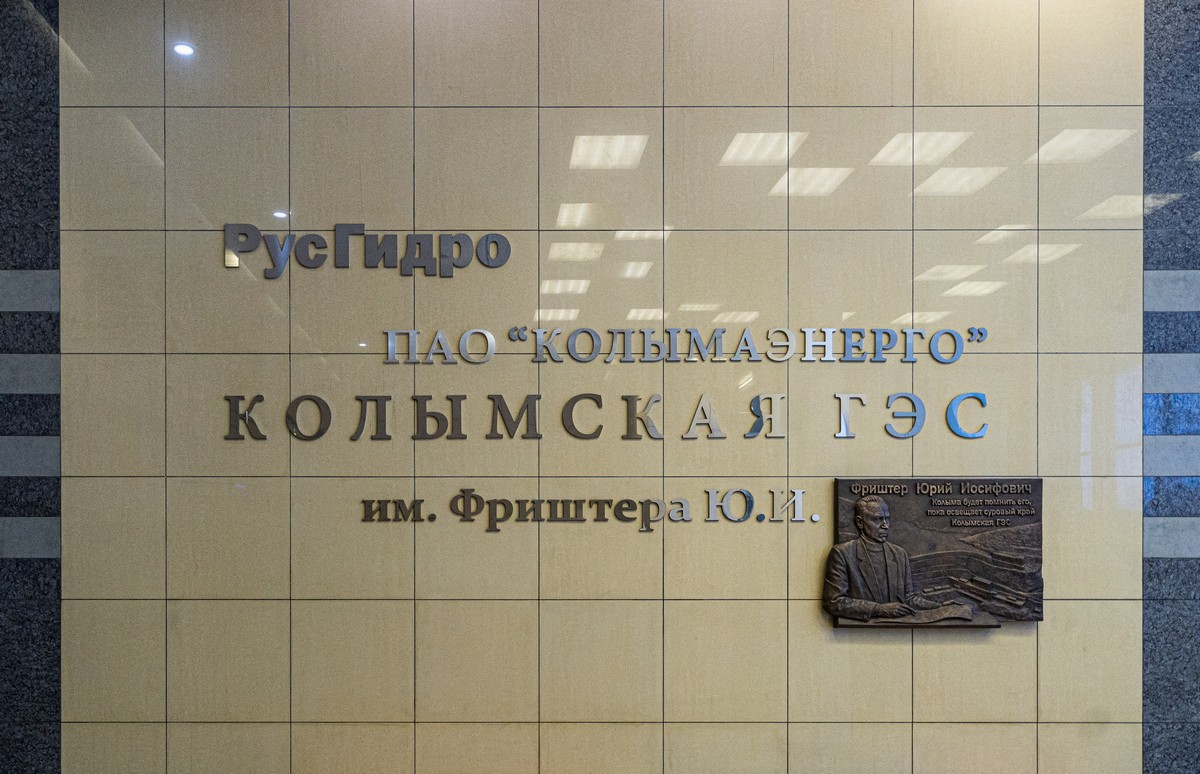 On approaching the power plant we passed through the settlement called Sinegorye (Blue Hills) – where the plant’s workers and their families live. Impressions… – a little apocalyptic. It was built to house 10,000, but now fewer than 2000 folks are left, so most of the apartment blocks have been abandoned – as per the tendency in the region. Yes, a bit depressing – but imagine the bargain you’d get if in need of some real estate round here? ) 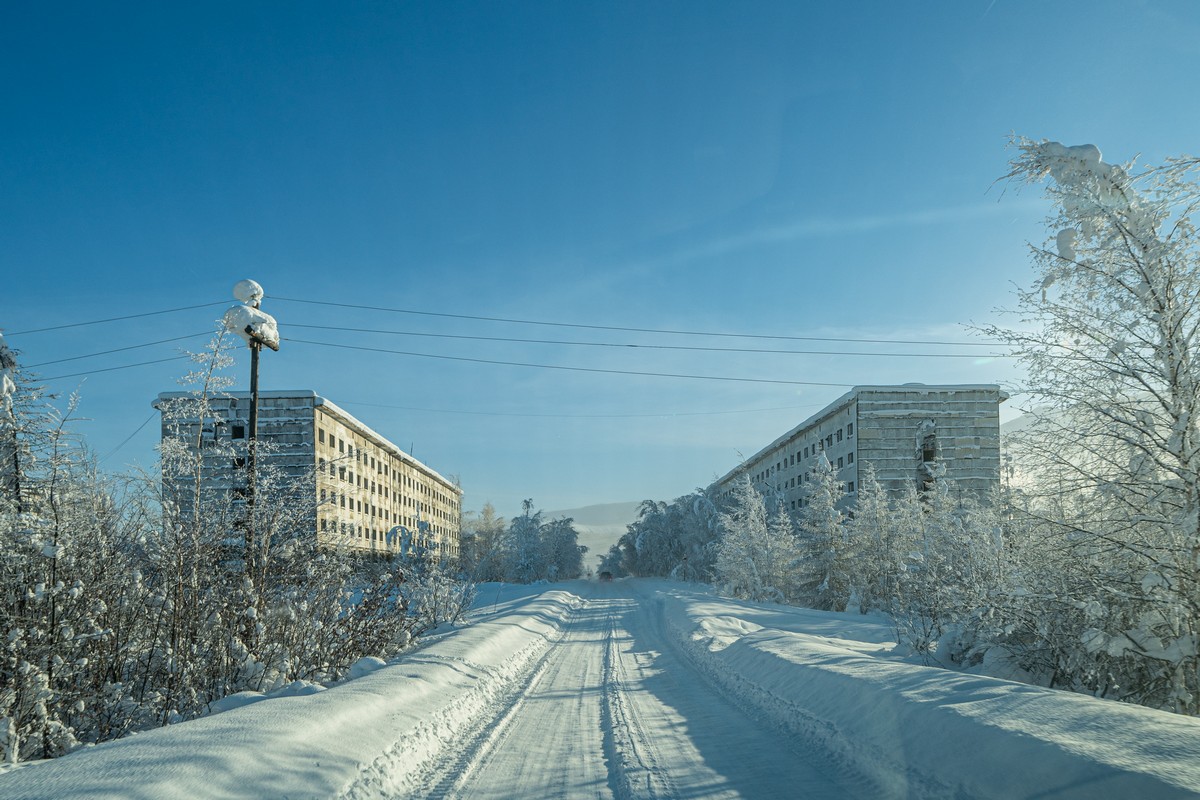 I can just imagine the realtors’ ads: “Needing to get away from it all? Want to settle down somewhere remote, quiet, beautiful and ecologically pristine? Time to upscale to somewhere more spacious – without breaking the bank? Then the Blue Hills are just for you!”. I’m tempted myself…)

It’s a fully-equipped settlement, it seems. The internet tells us there’s a sports complex, swimming pool, and even its own slalom skiing track. 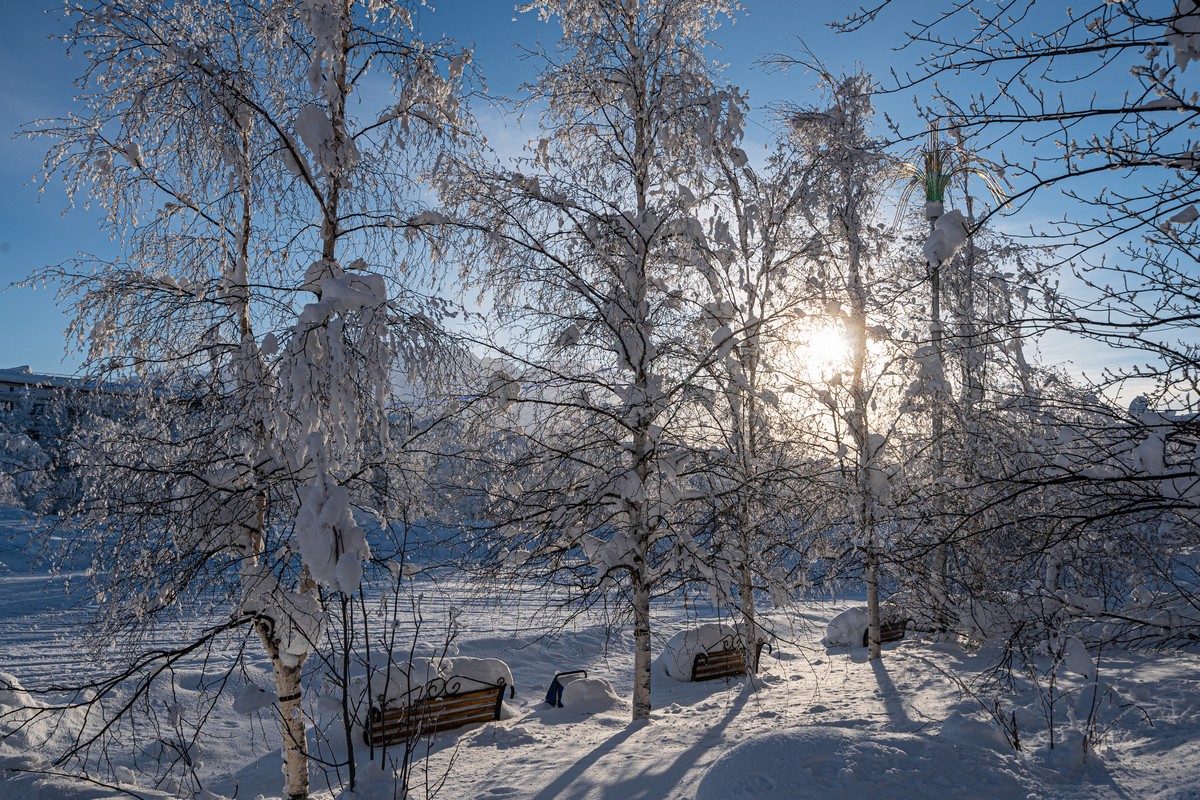 The hydroelectric power plant from the top of the dam: 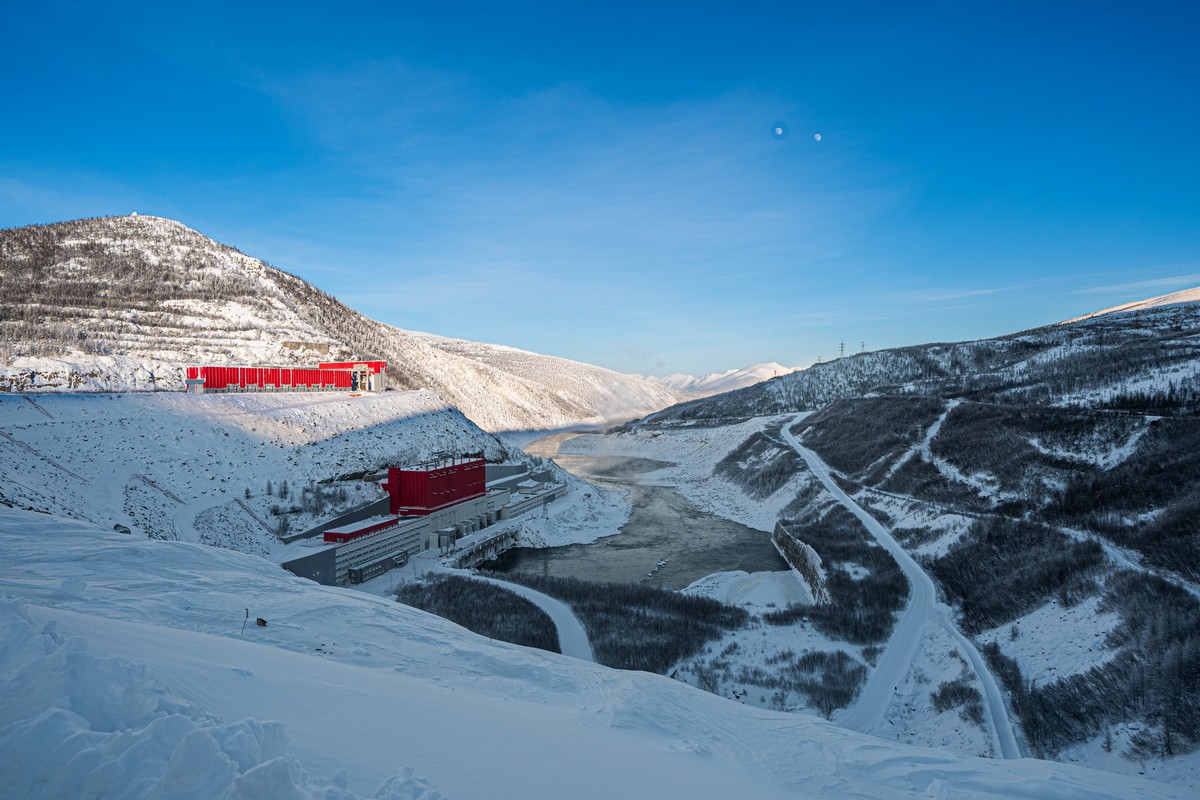 Woah: the nameplate capacity of the power plant is a full 900 MegaWatts! I wasn’t expecting it to be so high for such a remote location with such a harsh climate. To compare, the largest hydroelectric power plant in Russia – Sayano–Shushenskaya – produces seven times more (6400MW), while the biggest in the world – the Three Gorges in China: 22,500MW.

But this hydroelectric power plant is a champ in another way, for where else in the world can you find one that’s built on permafrost and has to endure temperatures some 100°C apart? Yes – in the winter here it can go below -60°C, while in the summer – +40°C! Uniquely impressive!

More uniqueness: the dam is earth-filled and the turbines are underground. Interesting engineering feat! 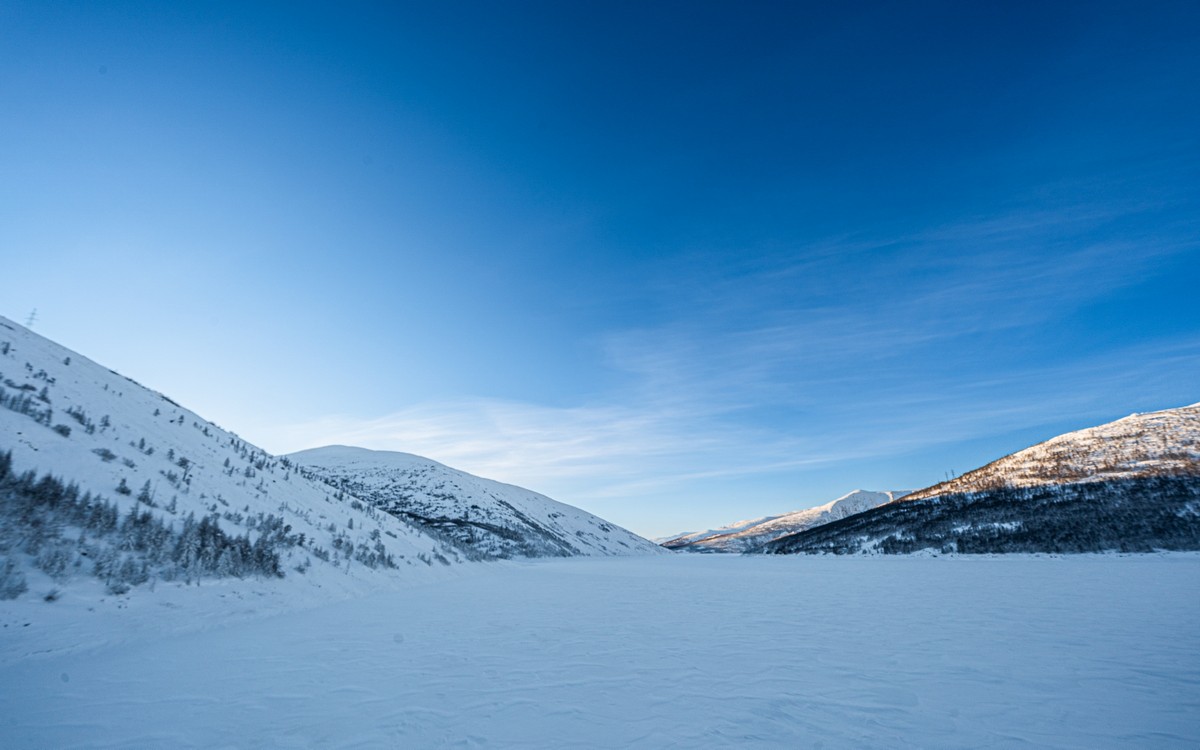 While looking at all this we really felt the cold – really quick. The chilling wind seemed to penetrate our super warm togs within minutes. Brrrrr.

Given it was winter, the dam outlet was empty: 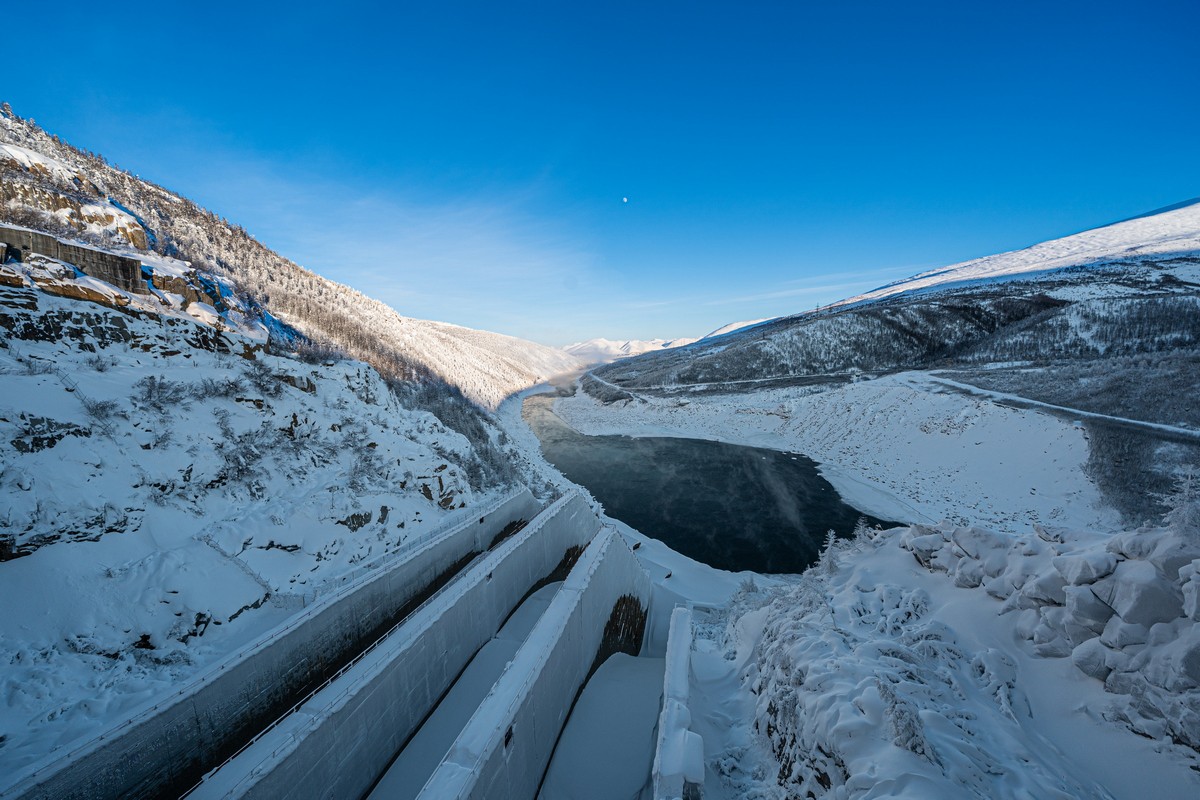 The Kolyma river steams – but none of us fancied taking a dip; fancy that? )

You can get to the turbine room the “civilized” way – in an elevator; or you can go the “proper” way – through a tunnel: 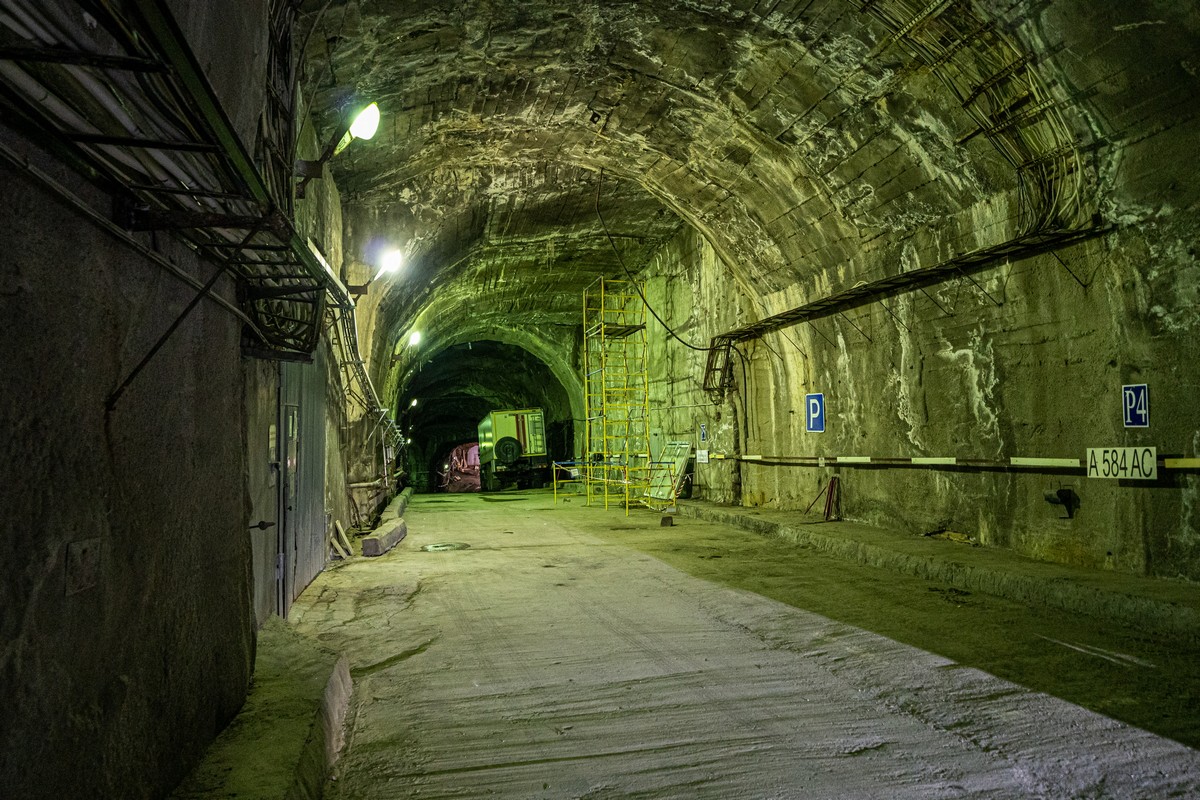 In fact there’s a labyrinth of underground tunnels there, which the internet reports run to a total length of seven kilometers…

The main tunnel twists in a spiral down to the turbine room: 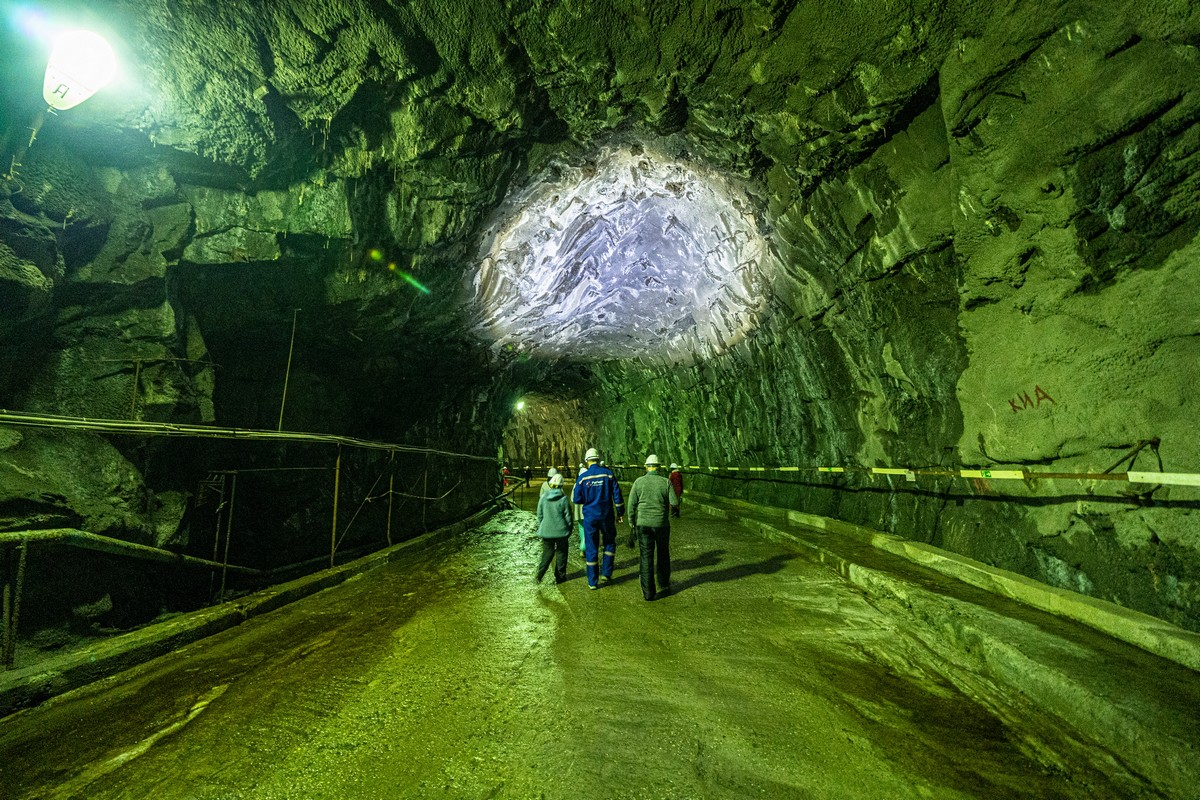 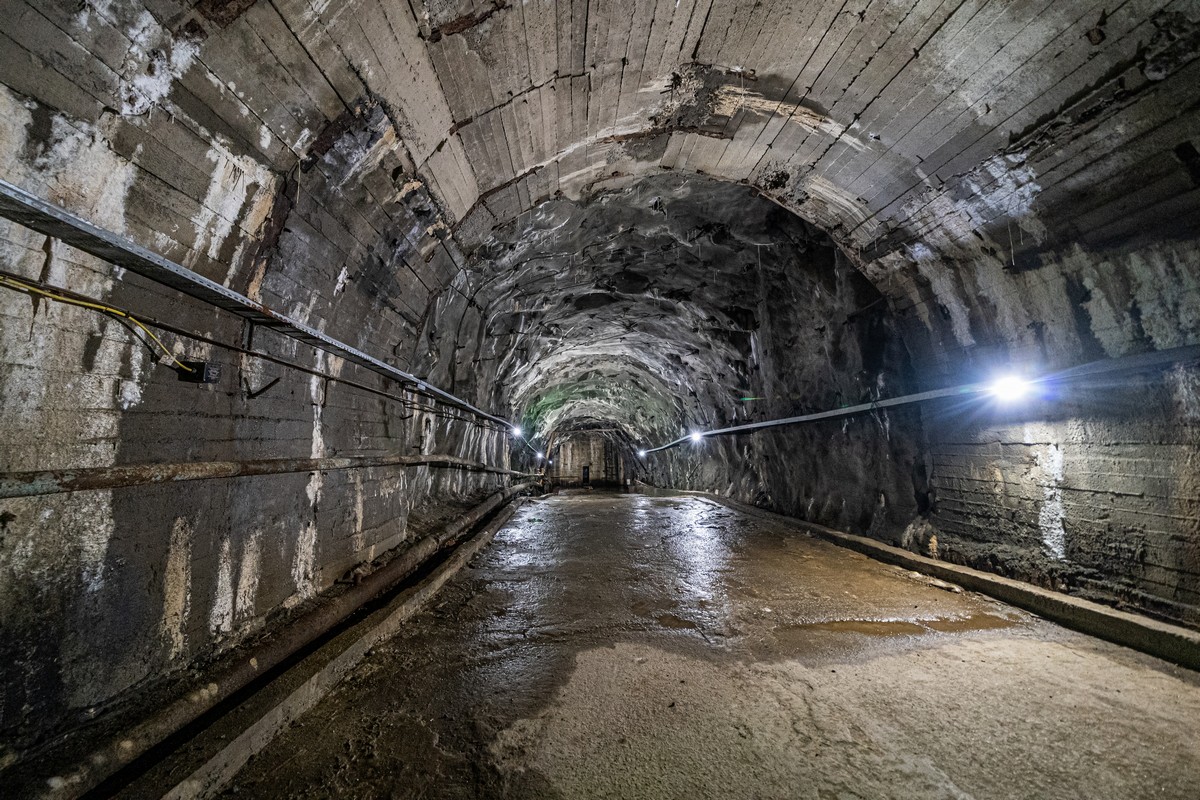 The turbine room – rather nice-looking…

And that was that; excursion over. Time to get back on the road!…

It was getting dark already, and we’d still 200km+ to cover till Susuman… 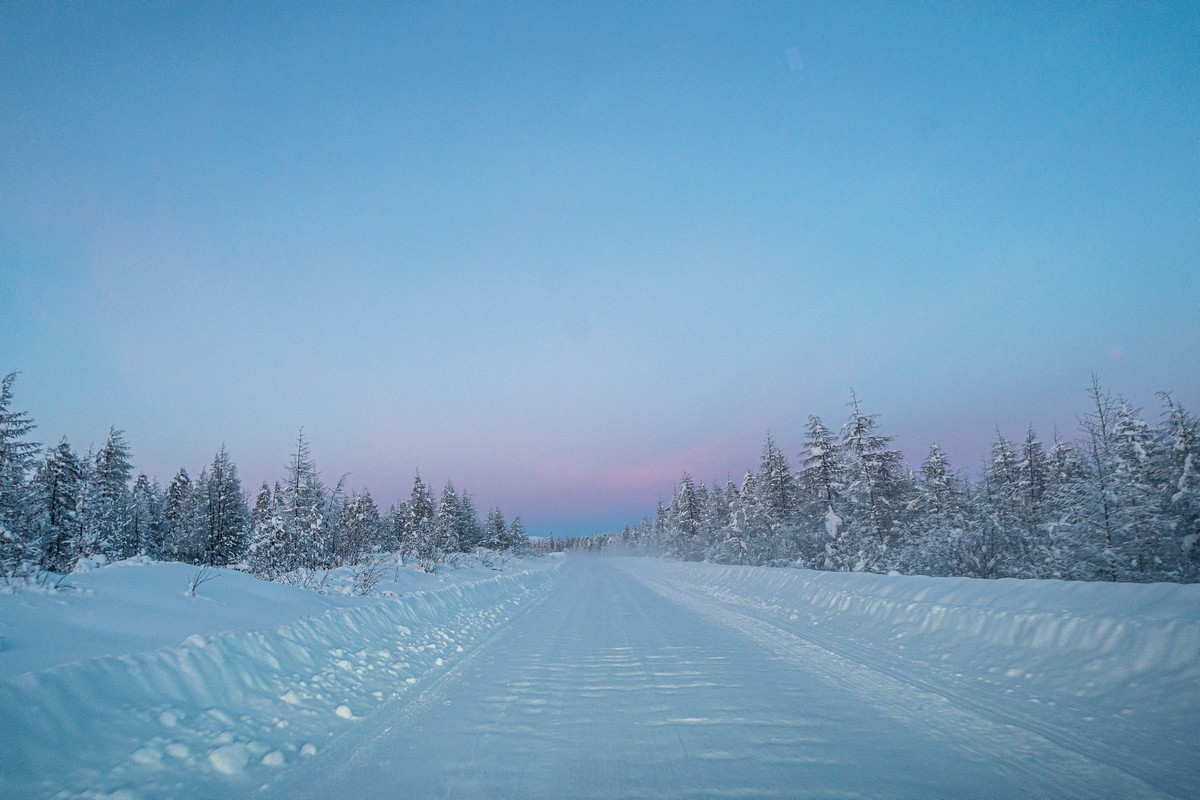 And that’s all for today folks. Hope you liked this portion of Kolyma. More coming soon!…