I recall, quite some time ago, wondering why there are so many skyscrapers in large cities in the U.S.A., while in Europe – hardly any. Wait, no let me see – and delve (into my archives). Yes – I wondered it in Frankfurt, in 2017.

My question was answered with a reasoned reply: “just look at Tuscan cities, rather – how they once were, long ago”. I didn’t quite follow, and didn’t follow-up either back then. And having just been to Bologna, (which is almost Tuscany – just outside it), I was still further perplexed since I sure didn’t see a Bolognhattan; only a few medieval skyscrapers: 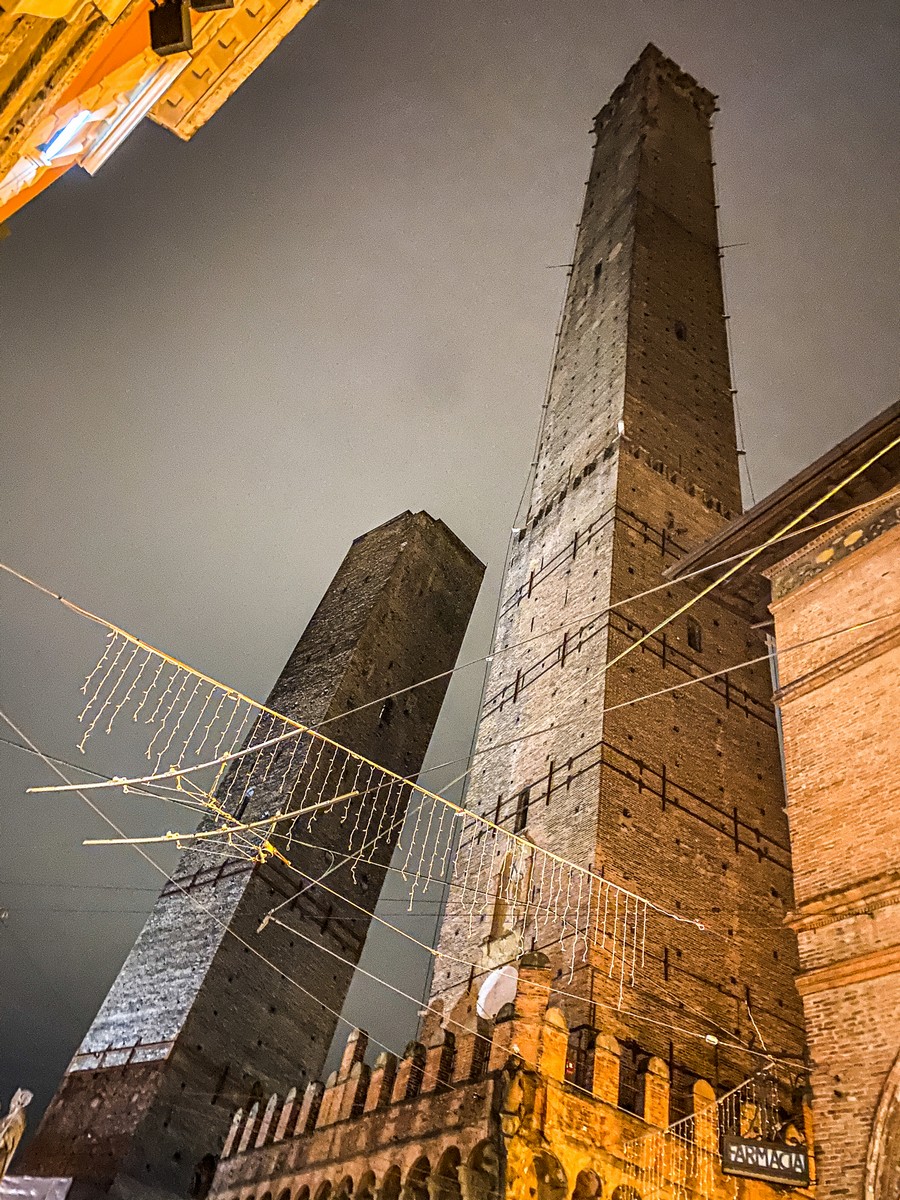 Alas, we were in the city for just a short time, between business engagements, and I only saw the few skyscrapers of Bologna at night.

But, apparently, towers like these were two a penny back in the medieval day. Here’s a reconstruction of what it may have been like: 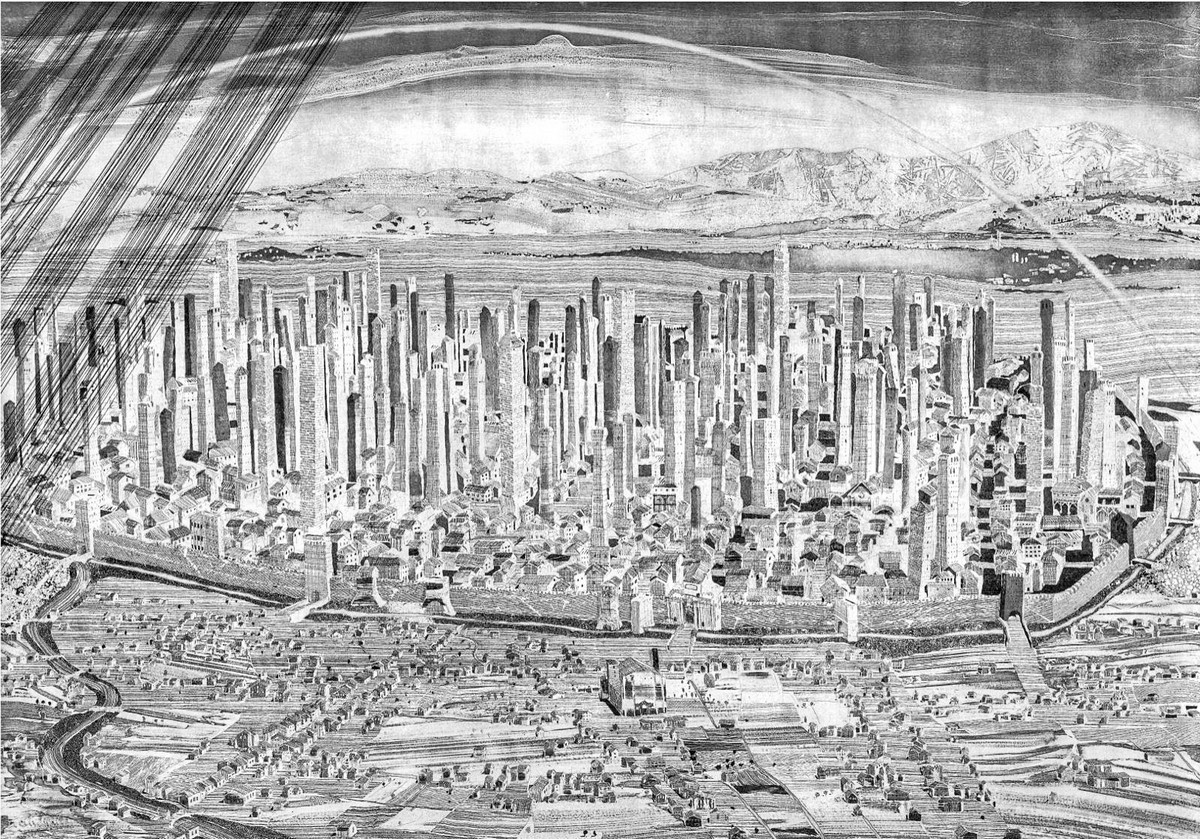 More on this topic – here. Quick facts: there were once probably more than a hundred tall towers here; the richest families had them built, and the taller – the more prestigious. Also – the towers served little to no practical purpose: mere (phallic) vanity projects. Apparently ).

A few more pics of this beautiful ancient city by night: