Last week, I was in the unusual out-of-the-ordinary European country called Liechtenstein. It’s a tiny nation state – and also a super-successful one. It has a population of just ~40,000, while the working population is… also around 40,000! How that works out is by ~51% of the working population commuting daily from Austria, Switzerland and Germany. Goodness!

Here’s the view from my room. Behind the hotel – the Alps (along the border with Austria); while these mountains in the photo are the Swiss Alps: 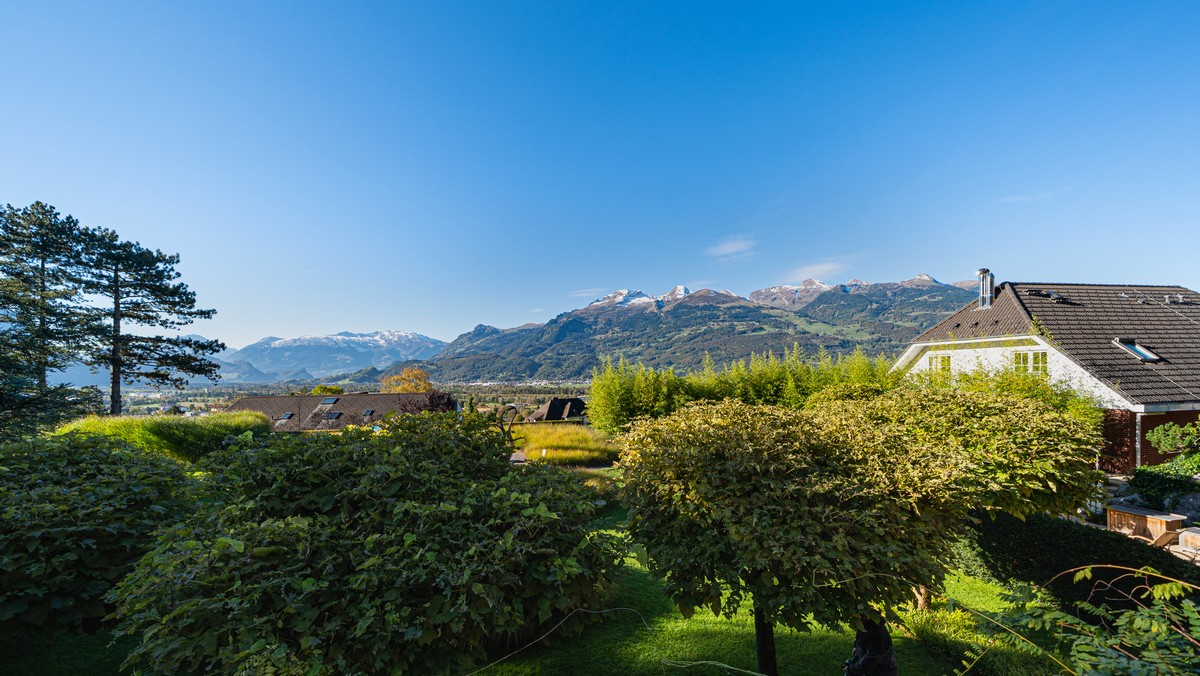 Like I say: tiny country – ~160km². And 75% of that territory is covered in mountains. That doesn’t leave much, does it?! All the same, its economy is a very advanced one. Its main physical exports are machinery, precision instruments, power tools, vacuum technology, electronics and pharmaceuticals. An example of a tools manufacturer is the Liechtenstein multinational Hilti, whose power drills and other kit are to be found on any building site and in many a home.

These wealthy countries got me all curious…

Hmm, now, what have the top-10 richest countries got in common?…

Liechtenstein became an ~absolute monarchy as a result of voting in a constitutional referendum in the country in 2003! It became so curious, my travel companion, OA, delved deep into the internet to find out more. He’s what he found, in his own words:

‘Liechtenstein is one of the few remaining hereditary monarchies in the world, but, unlike most of the others, the monarch – the Prince of Liechtenstein – carries out not only ceremonial functions, but also possesses plenty of executive power. Moreover, given the support of most of his citizens who voted in the 2003 referendum, the Prince was granted authority on a par with that of an absolute monarchy.

The citizens of Liechtenstein have much to thank their state rulers for. During the post-war period the economy of Liechtenstein fell on such tough times that the ruling dynasty had to sell off its priceless artworks to keep the country afloat. For example, it sold the portrait painting Ginevra de’ Benci by Leonardo da Vinci to the National Gallery of Art (Washington, D.C.) for the most any painting had been sold for at the time – five million U.S. dollars.

Later, in the 1970s, economic reforms initiated by the Prince – especially the sharp cut in corporate taxes – brought the country roaring economic growth. The growth has continued since, and today Liechtenstein has more registered companies than citizens.

However, the notion that Liechtenstein is a small tax haven wholly dependent on the financial services sector is a false one: a third of the economy is made up of industrial manufacturing. On the other hand, banking makes up 20% of the economy, while the world’s largest family-owned private banking and asset management group, LGT, is run by the ruling prince’s son, Prince Maximilian. And how has the pandemic affected the finance sector in the country? Mostly – it hasn’t ).

Meanwhile, it was time for us to head down the valley for a walk around the capital of Liechtenstein, Vaduz, whose population is a mere 5668 folks!… 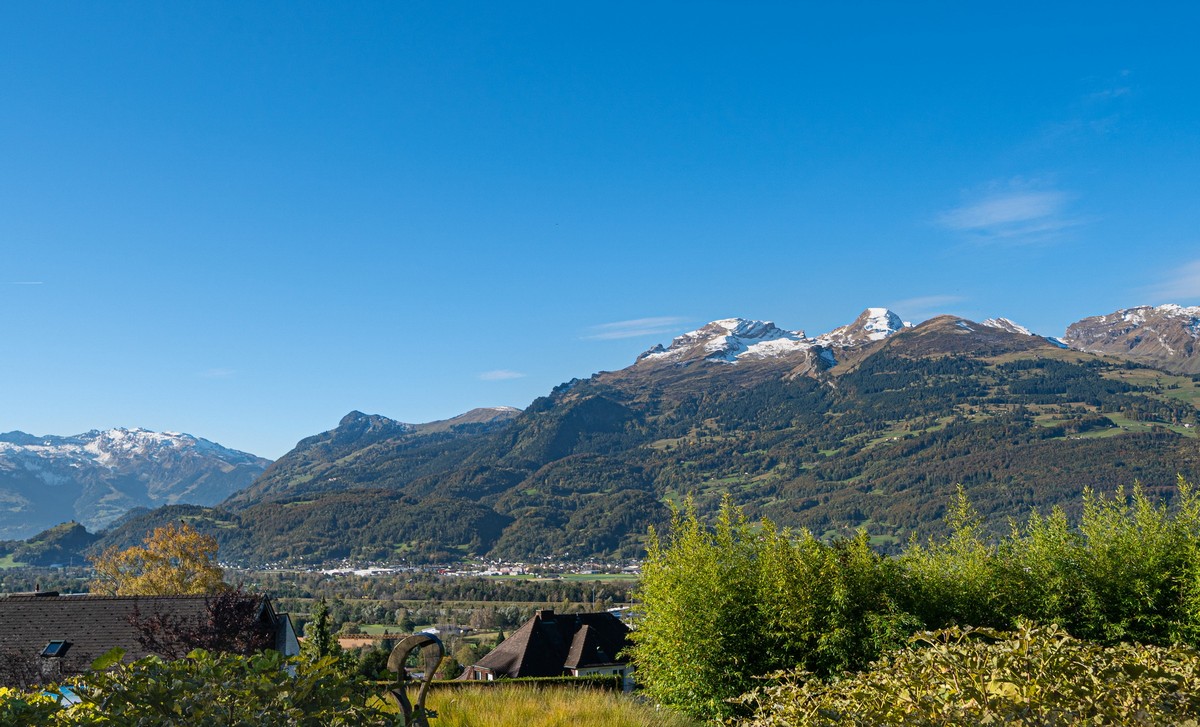 To be frank, there’s not much to do in the capital. We strolled the whole of downtown in a full… 20 minutes! So we had a coffee and a strudel in a café. Oddly, I thought, one café was only accepting cash; we moved on to the next one (cash? What’s that?:).

After refreshments, we headed over to Vaduz’s museum of modern art… 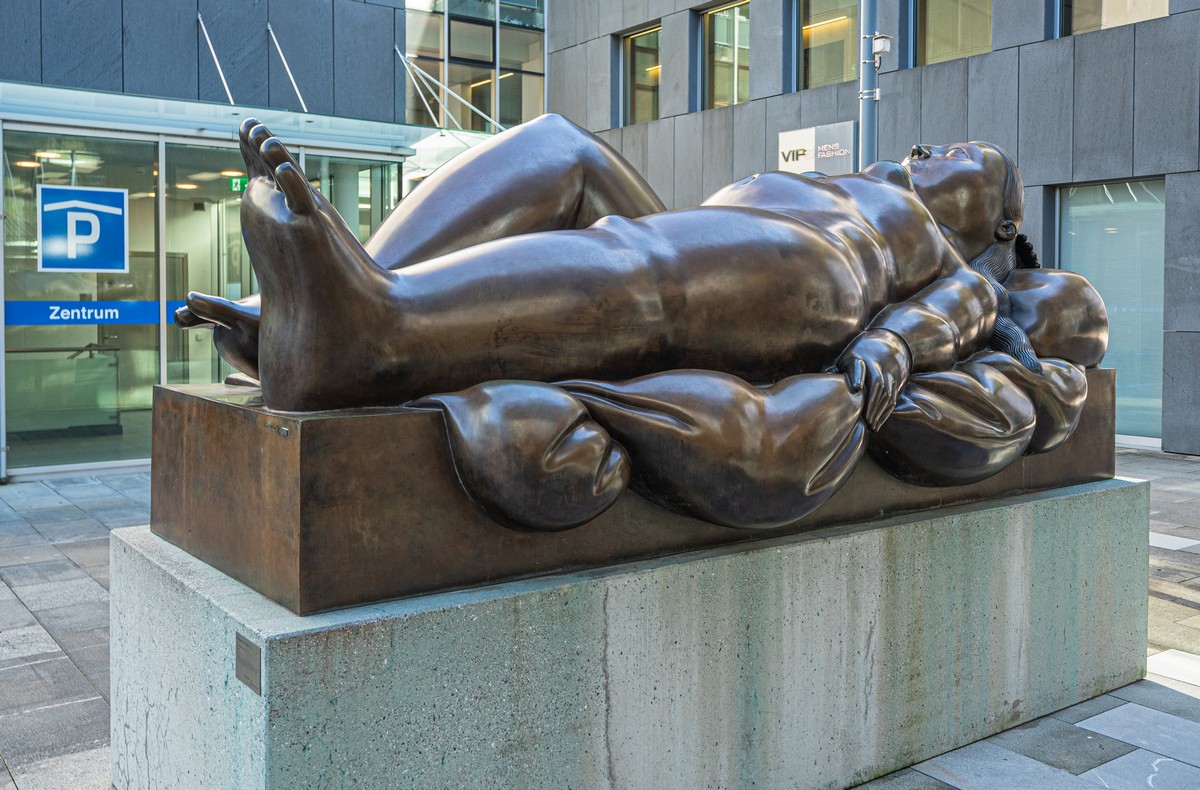 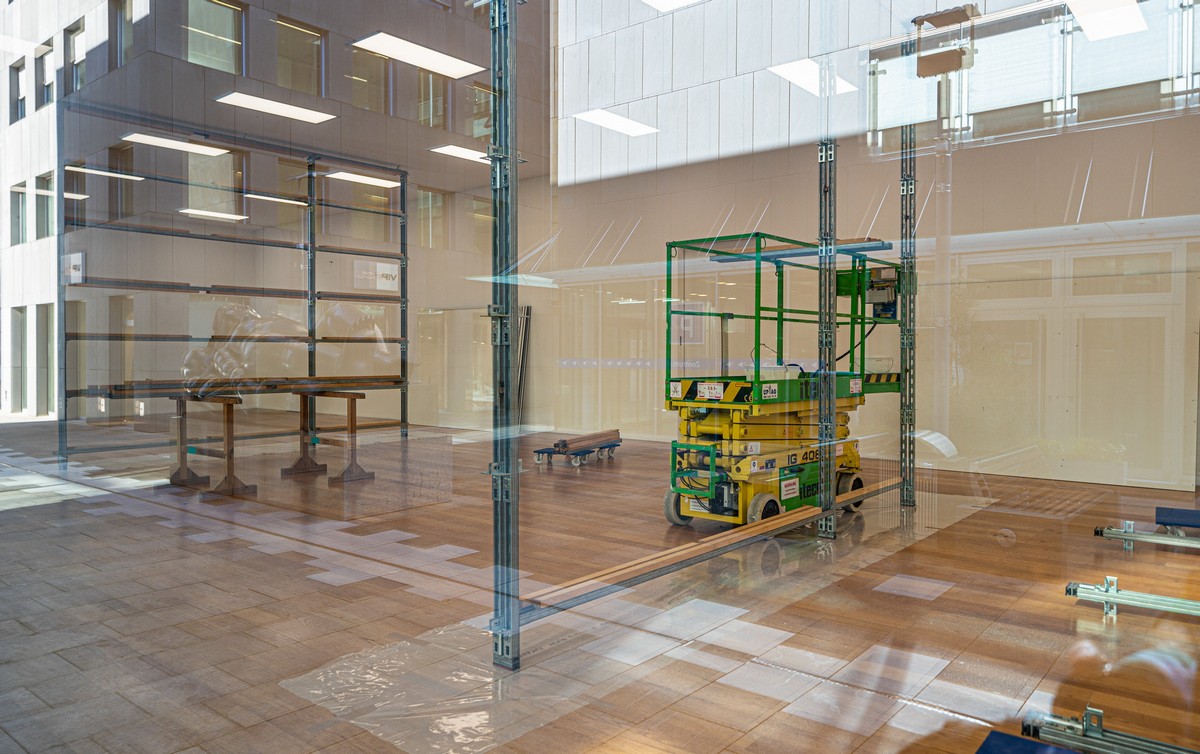 So, onward with our walk -> 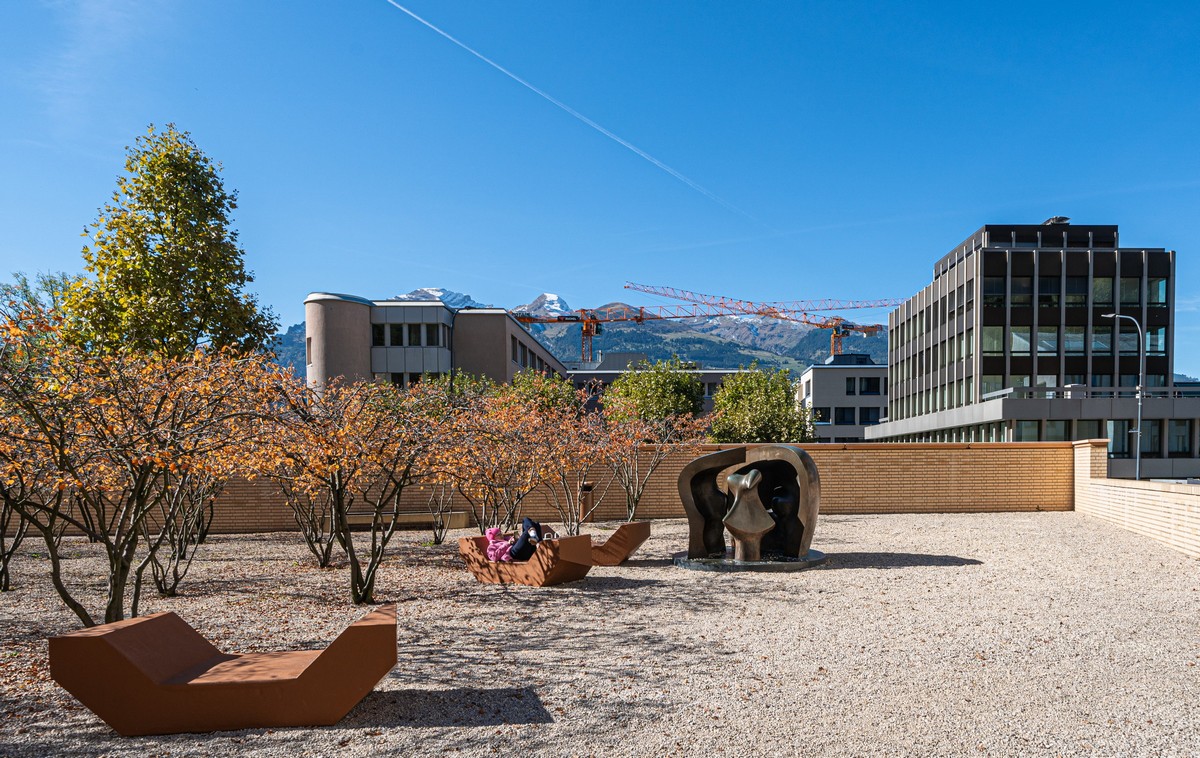 The residence of the prime minister and the seat of government are here too. And I reckon that there balcony is just perfect for addressing the nation now and again – since the whole population would probably fit in the square :-) -> 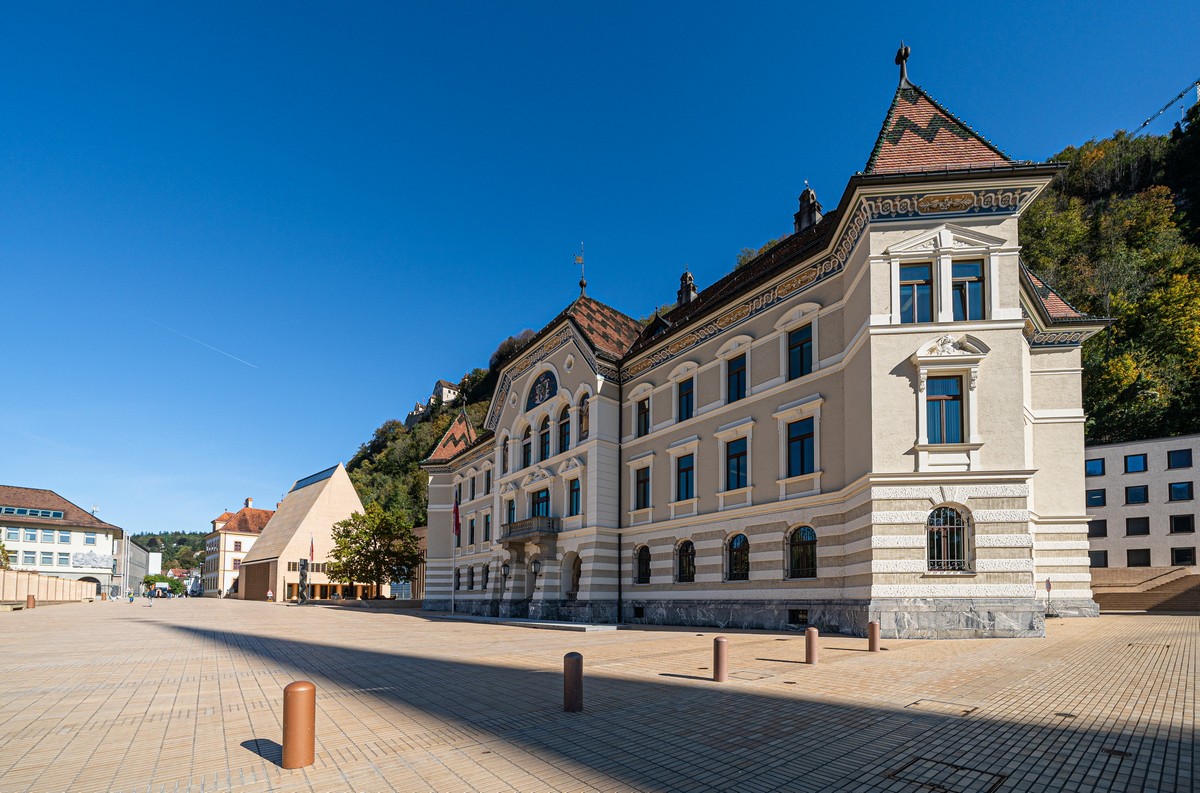 And here’s the view from that very balcony! -> 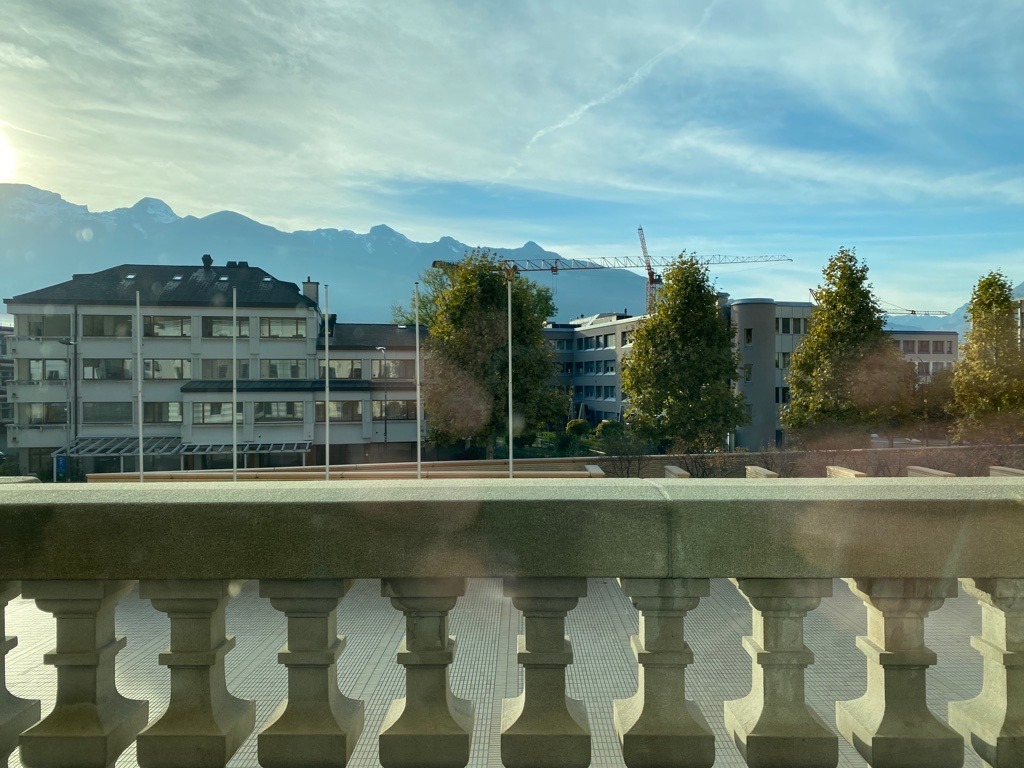 In a nearby tourist shop – some cool fridge magnets, including this one poking fun at foreigners’ trouble writing ‘Liechtenstein’ right ). ->

And a few more pics: 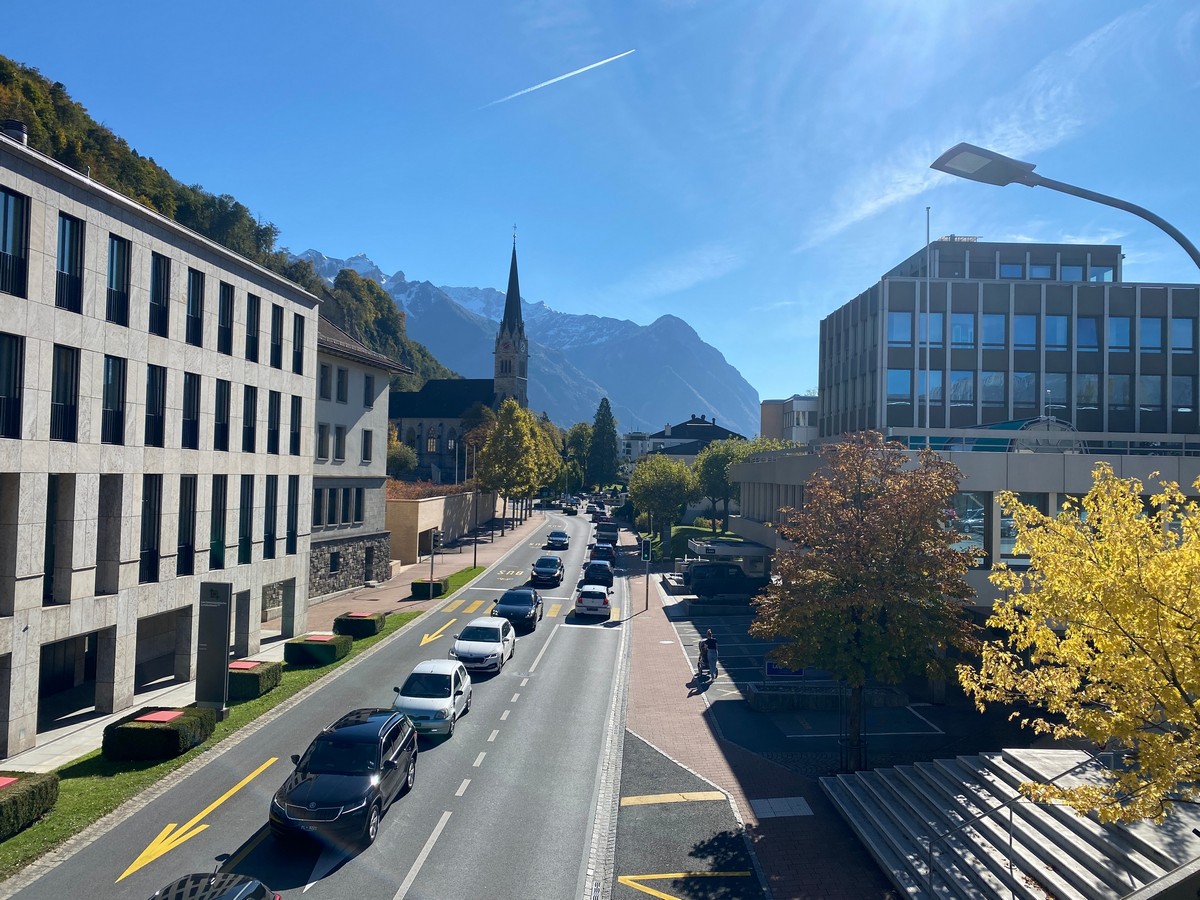 And these brightly colored binocularists: all over downtown! ->

The valley in gray weather: 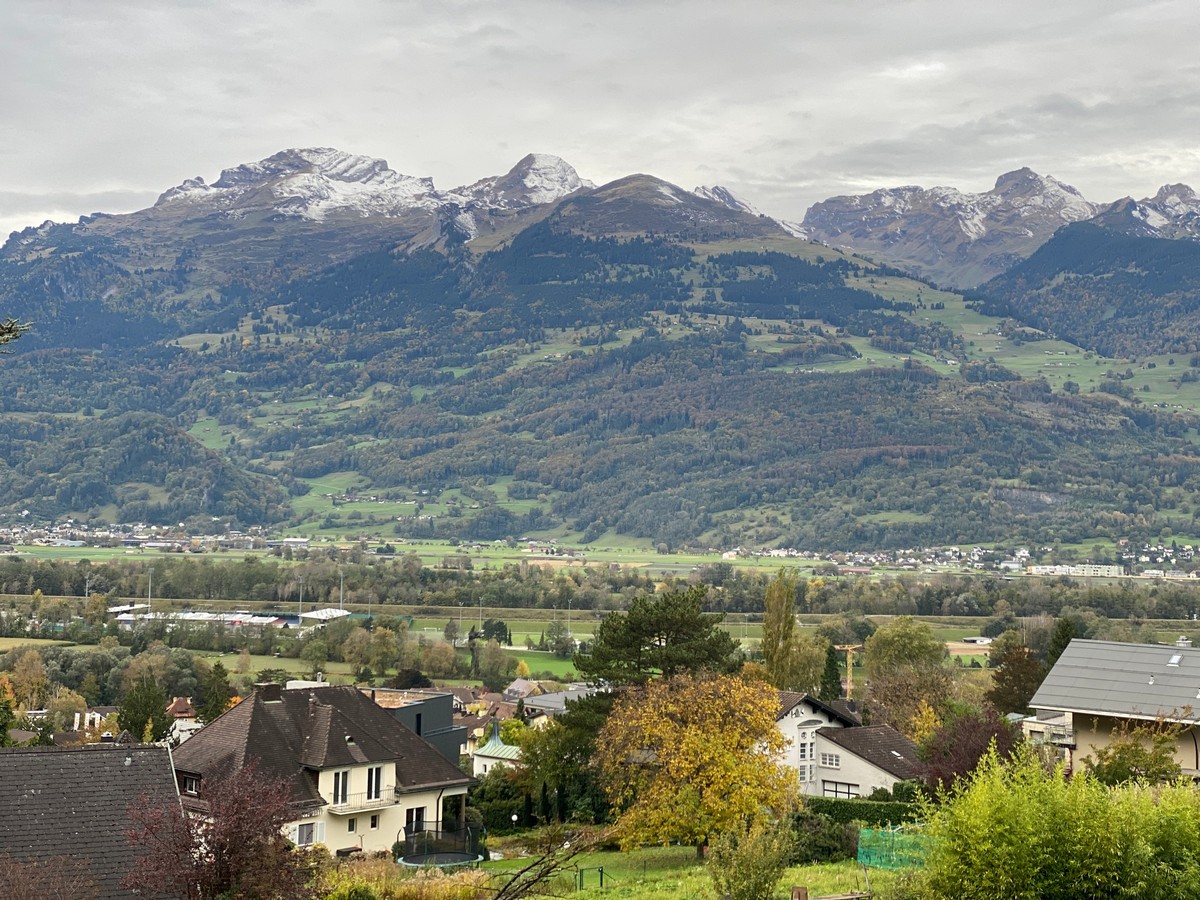 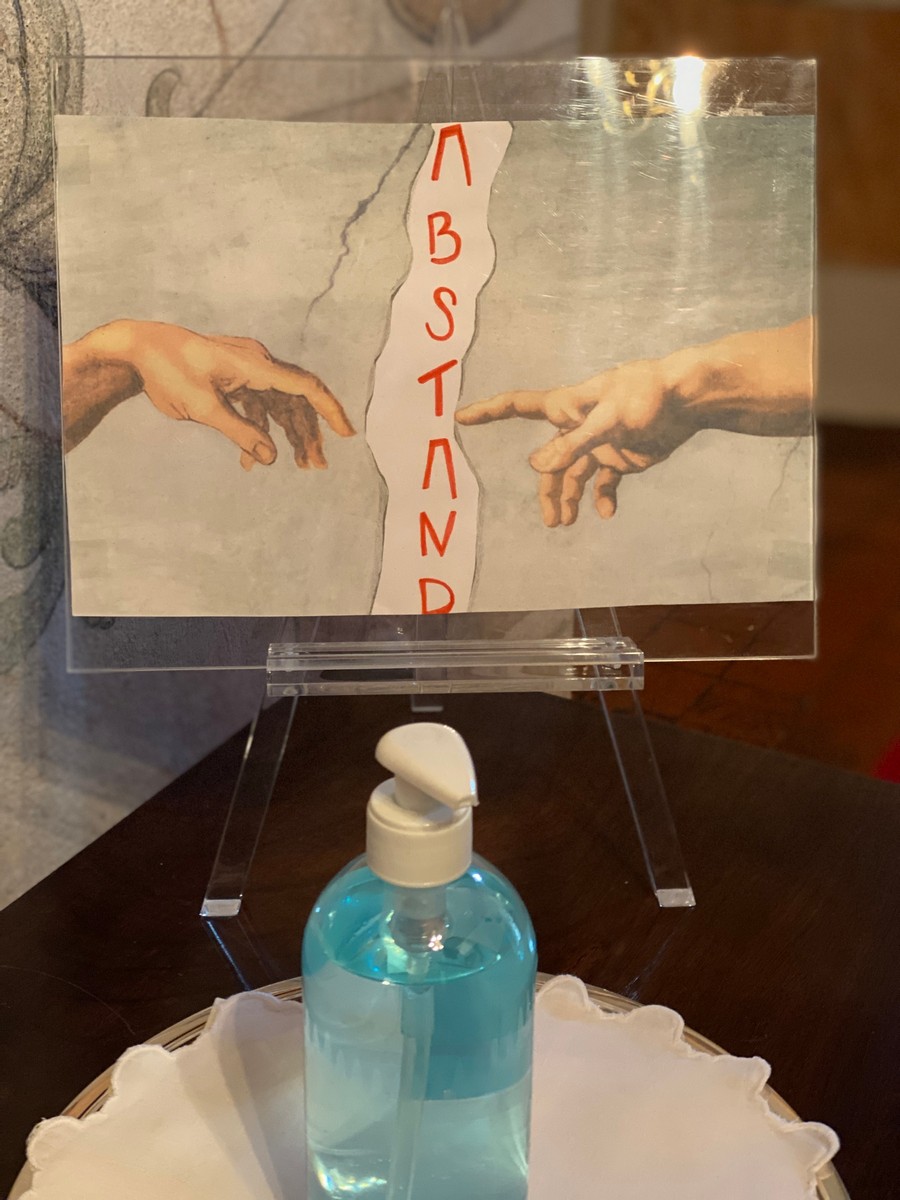 PS: After Liechtenstein we drove to Munich. Alas, the German autobahn was chocka with traffic, so we couldn’t let rip on the famously speed-limit-free highway as we’d wished (.

And that’s about all from Liechtenstein folks!

PS: The schedule in Munich was a full one – a smart one too (suit). Not even a minute for tourism though (. 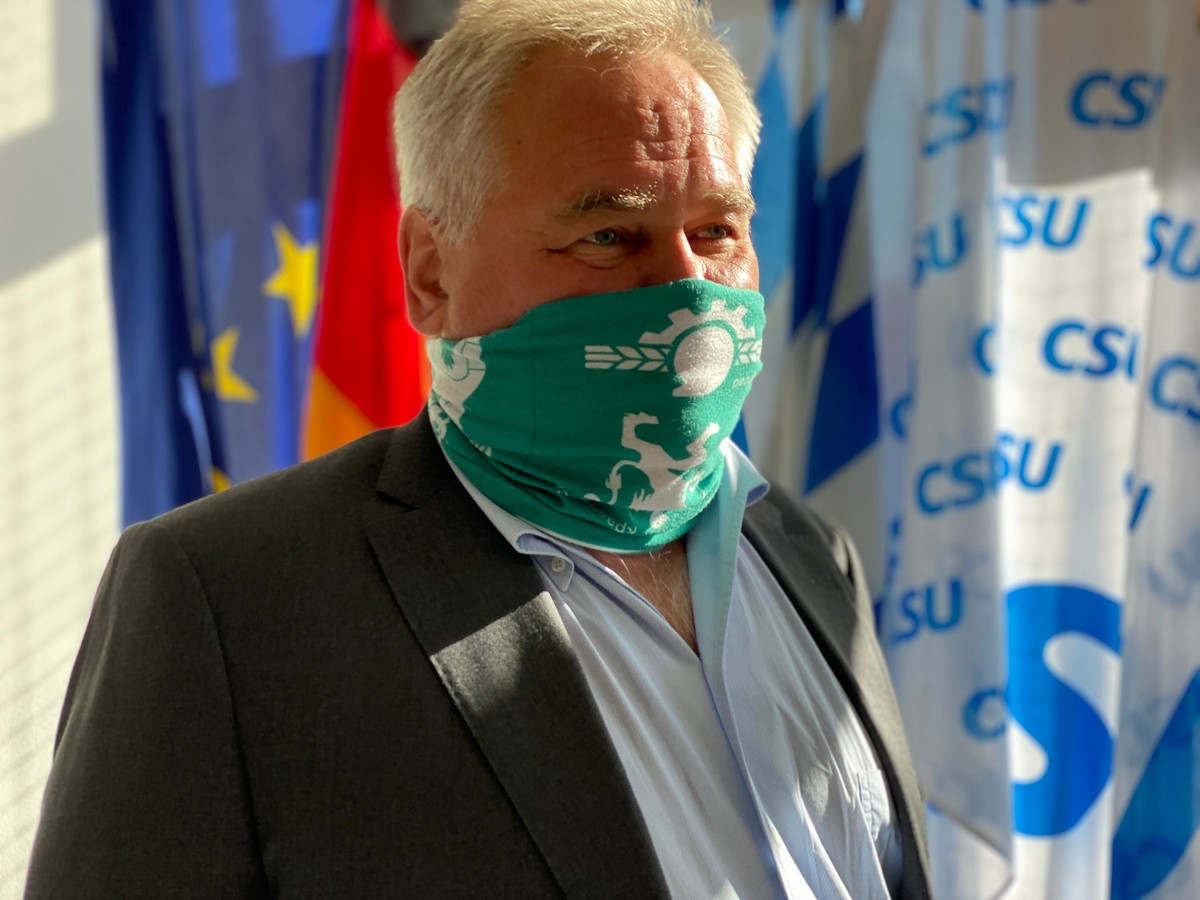 Then it was back home, but I’ll be back on the road again next week…