I’ll cut straight to the chase: herewith, a commentary on life today in international hub-airports, where there were always crowds of travelers rushing about here and there: many – tourists, some folks on business (like me), some going to another country in the hope of finding better work, others perhaps almost by mistake buying tickers to fly off somewhere – anywhere (not a strategy that should be laughed at – only the brave may even consider it, and who says it’s not the ‘right’ strategy re where one lives, stays, or migrates to or from around the globe?).

Wait… what was all that? And all in one long sentence too? And all I wanted to do was upload a few photos ).

All righty. What I’m getting round to saying in a very long-winded way here is that, last week, I ‘tested’ a full three international airline hubs personally (plus Moscow’s Sheremetyevo, which is also a hub, about which I can tell a great many tales. Maybe I’ll get round to that one day?)…

London’s Heathrow Airport seemed to be up and running as per its usual busy self, but maybe I didn’t look round well enough.

Copenhagen Airport was also lively as a hub should be, or at least certainly getting there. 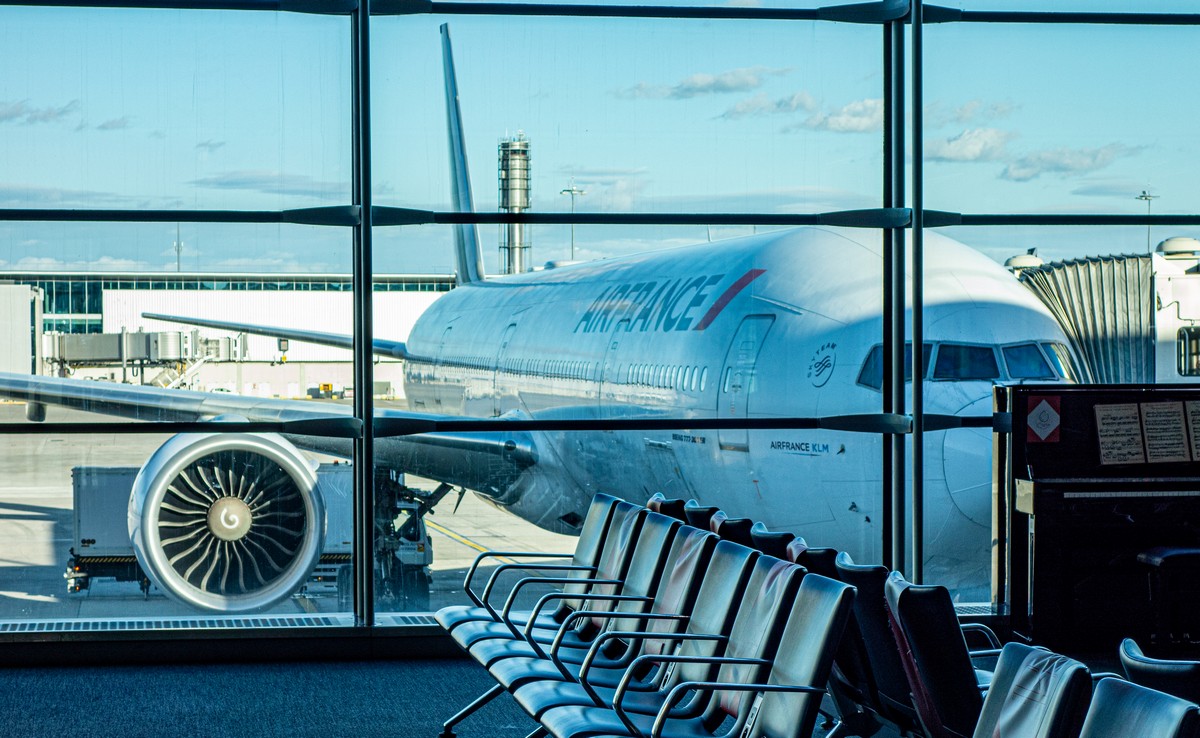 Perhaps I shouldn’t have been astonished. Corona of course hit international air carriage real hard. See for yourself – this here table showing the busiest airports by passenger traffic: 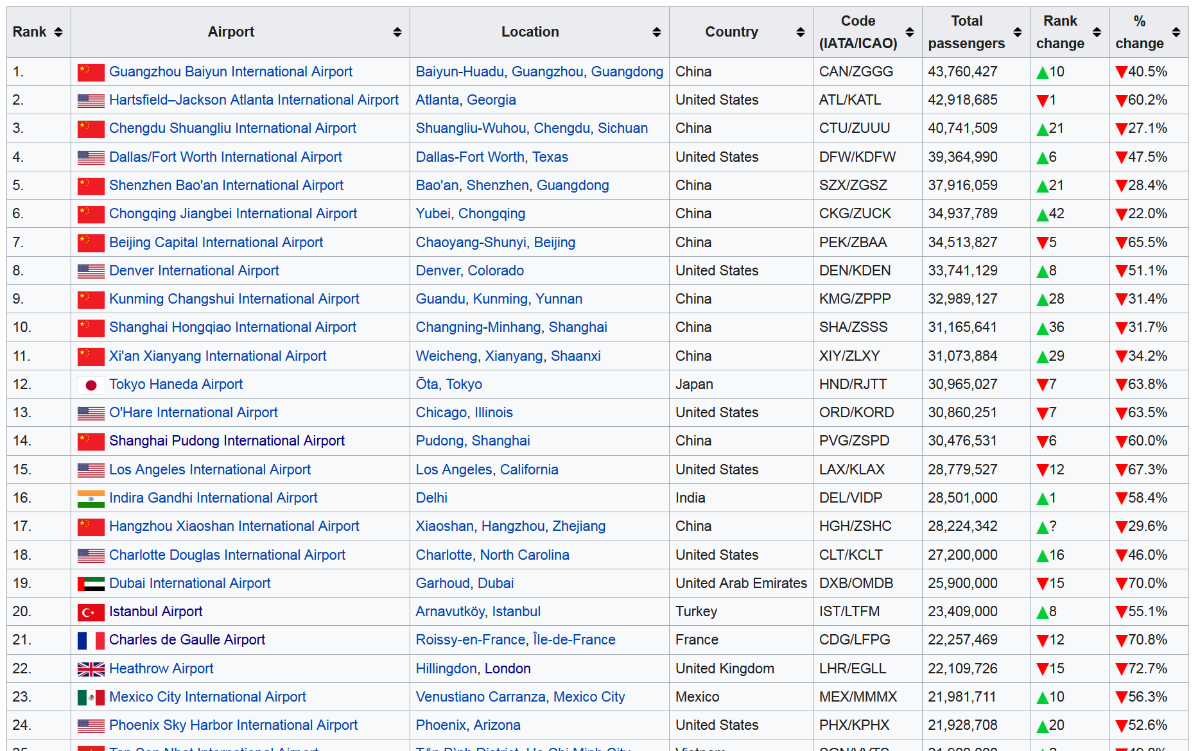 Just look at that last column – oh my gargantuan-drop! So there it is folks – what empty skies for a year looks like when put onto paper. Yikes.

But let me get back to France’s main airport -> 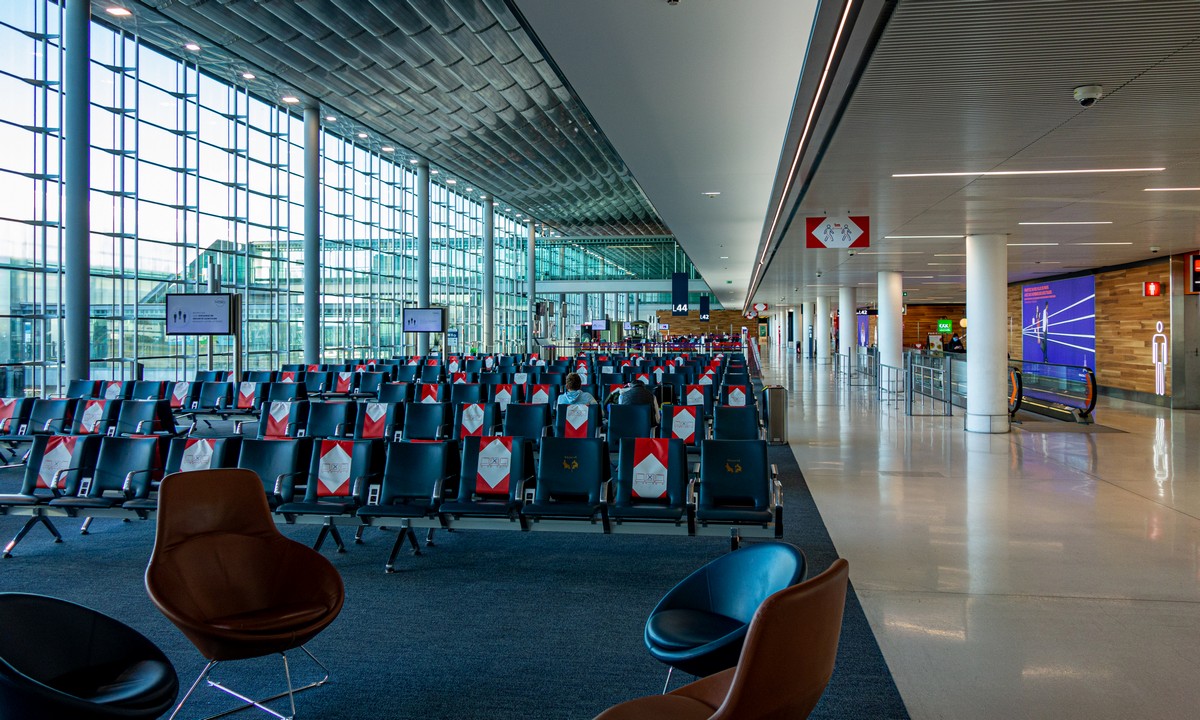 The above photo is from the (relatively new) Terminal 2L, where there were always crowds thronging, toing and froing, and stood in lines at the numerous gates. Today – it’s like a ghost airport (only not having fallen into rack and ruin).

The various stores seem to be working; it’s just there are no customers – at all. While the various cafes that were once here – mostly all gone. The single place we did find for a bite to eat was this tiny, unfriendly place. For ekhi’s sake, indeed. This one place for the whole of the terminal at France’s capital’s main airport hub!

‘Could we sit down at a table to eat our sandwiches and pastries, please?’, we asked. 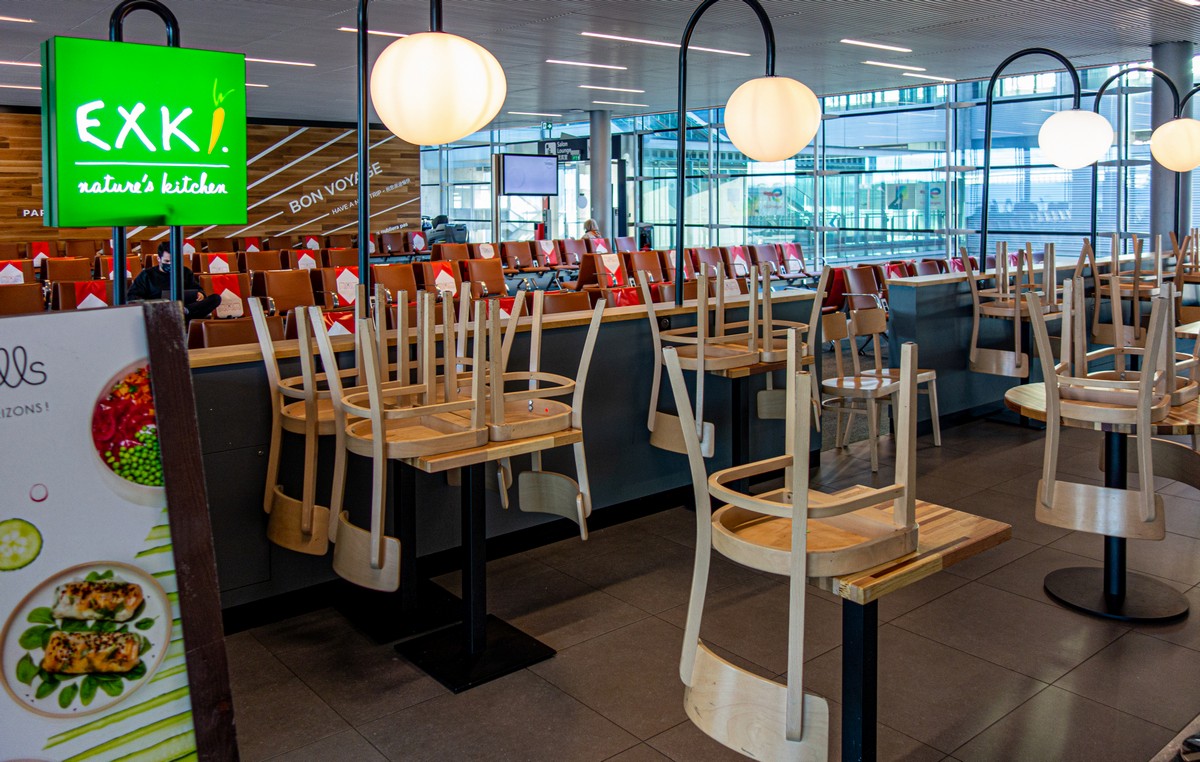 The negative impressions didn’t end there. The list of departure flights also depressed our spirits right through the floor: 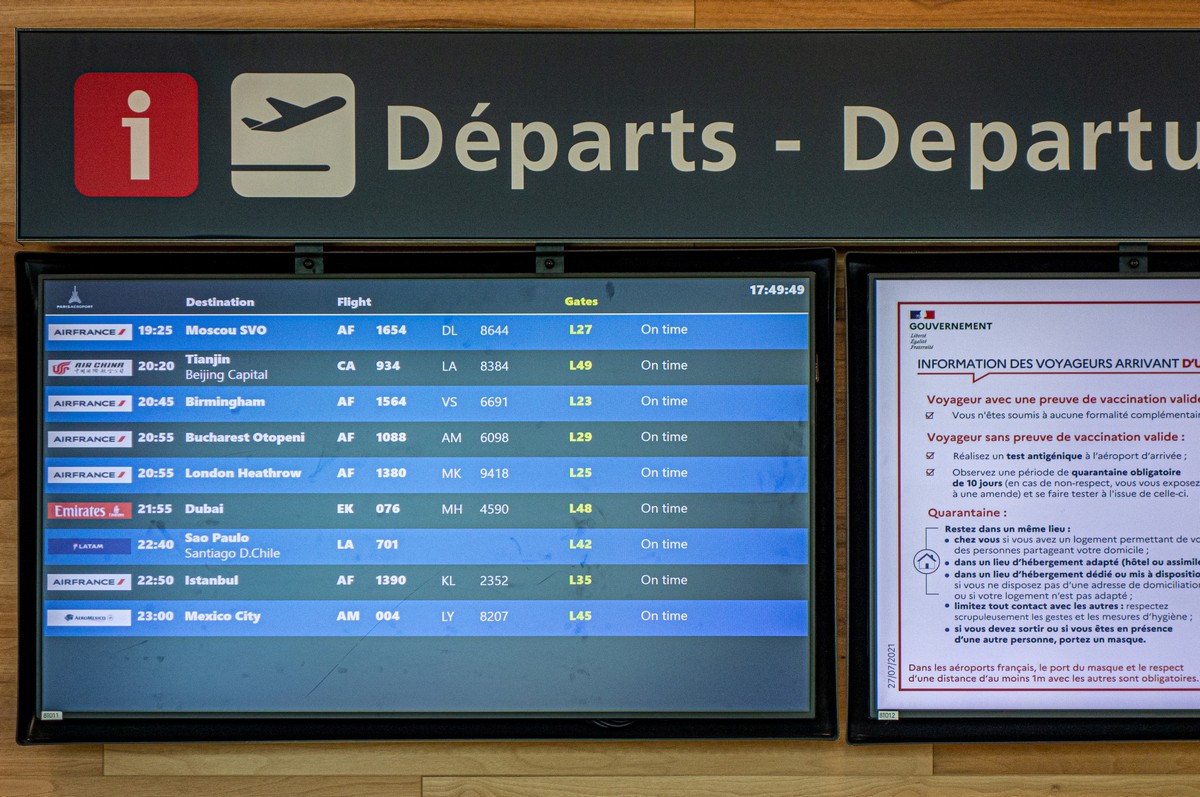 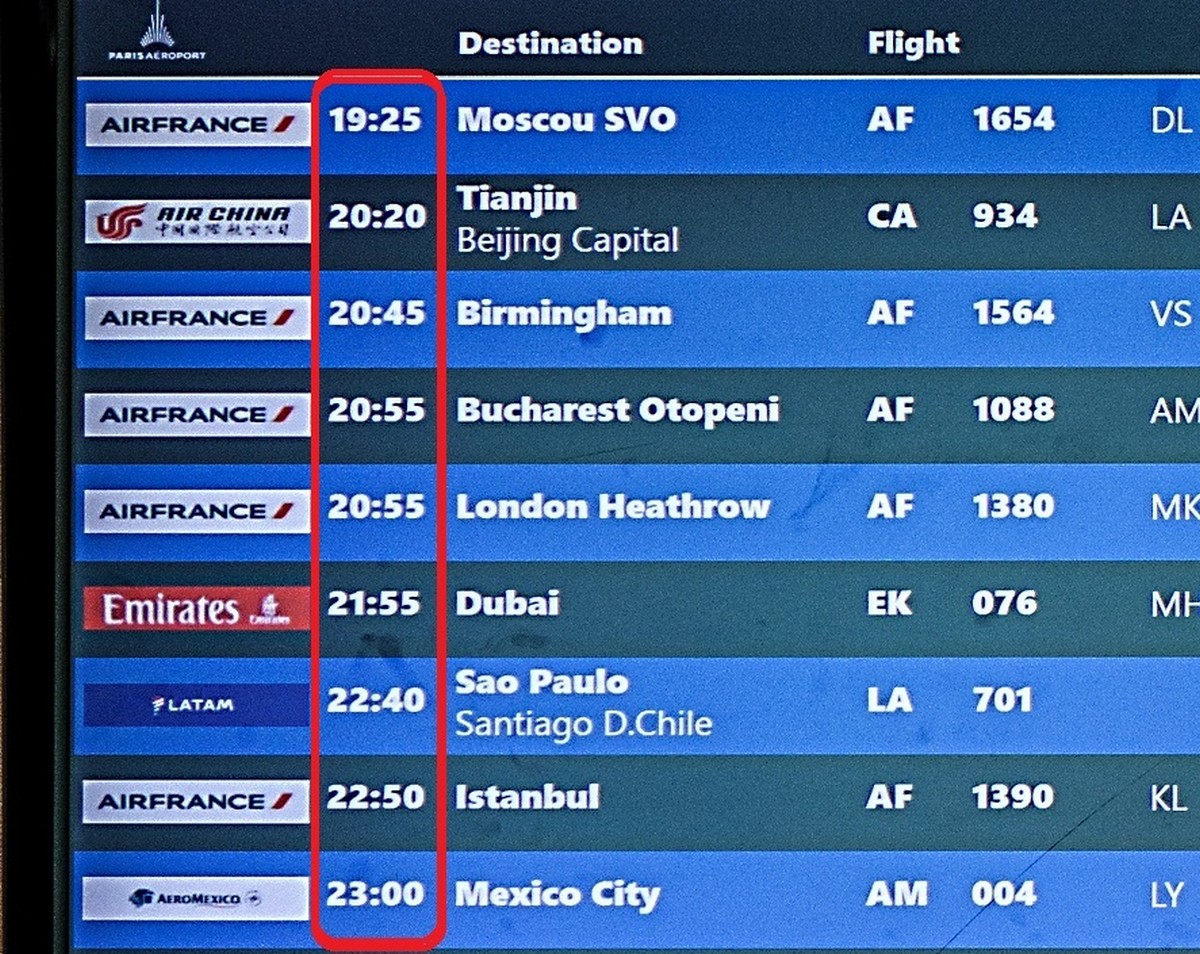 Now for some cool photos of my travel companion, OA, who has a knack of capturing the true essence of whatever scene he’s snapping. They’re of me against a backdrop of this here gloomy ghost-port, where we were forced to make a connection since there are hardly any flights that go direct from Copenhagen to Moscow (there are some – but not every day). We had to go via Paris! I guess we could have rented a jet, but that seemed a bit too extravagant. Anyway, it was actually interesting to view life – rather, the lack of it – in a European avia-hub in 2021!… 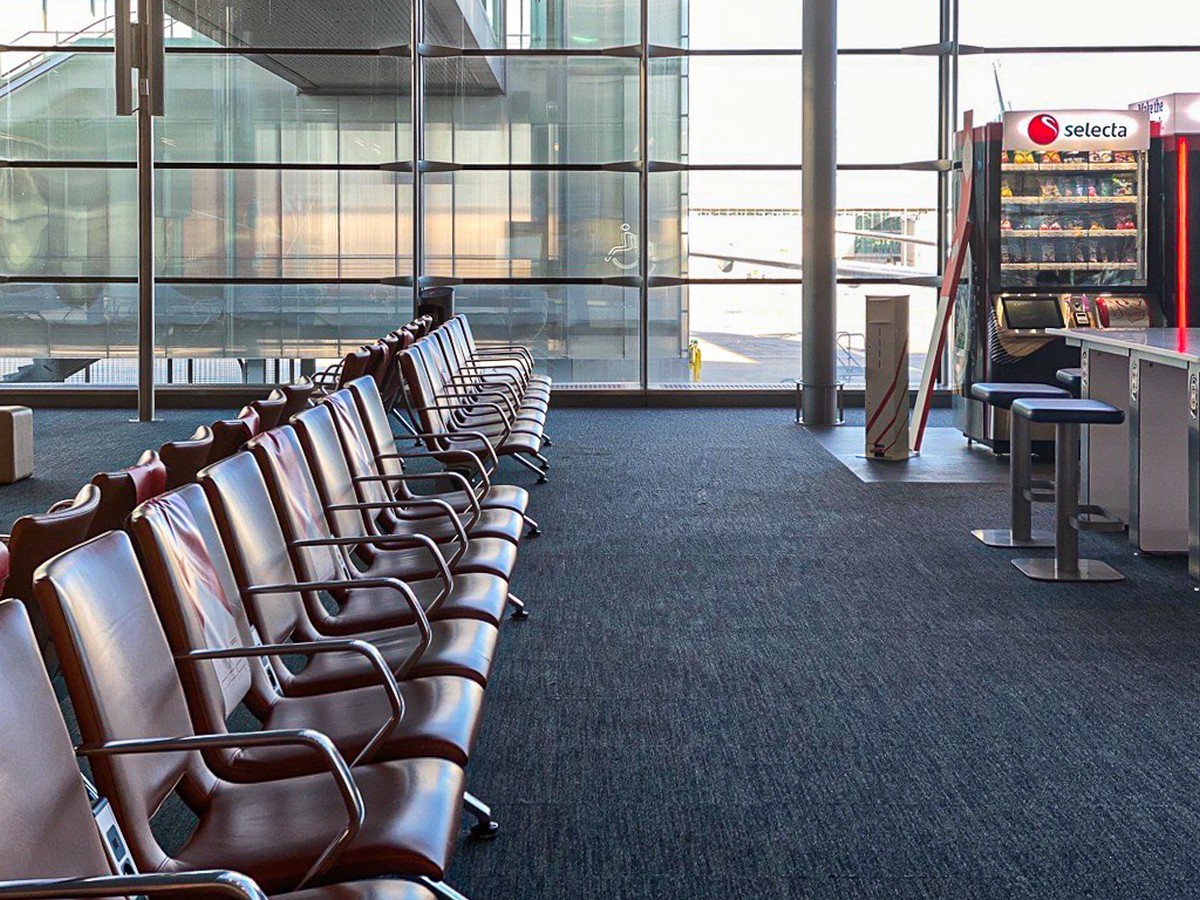 A single electrical socket right over there is working. All the rest have been shut down. Yes, this is still CDG -> 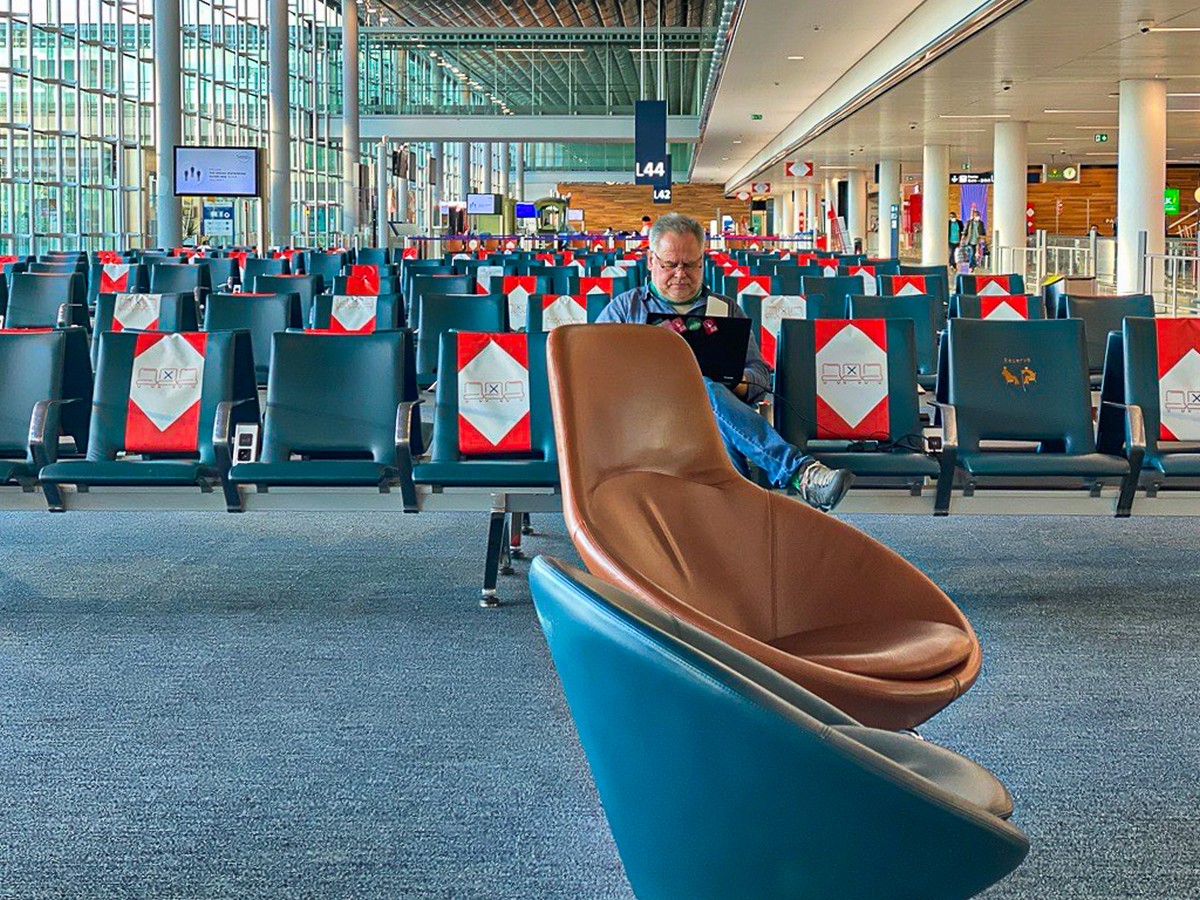 ‘Billionaire’s Dinner’ I call this one ). It was indeed the most haut-cuisine thing going in the whole terminal -> 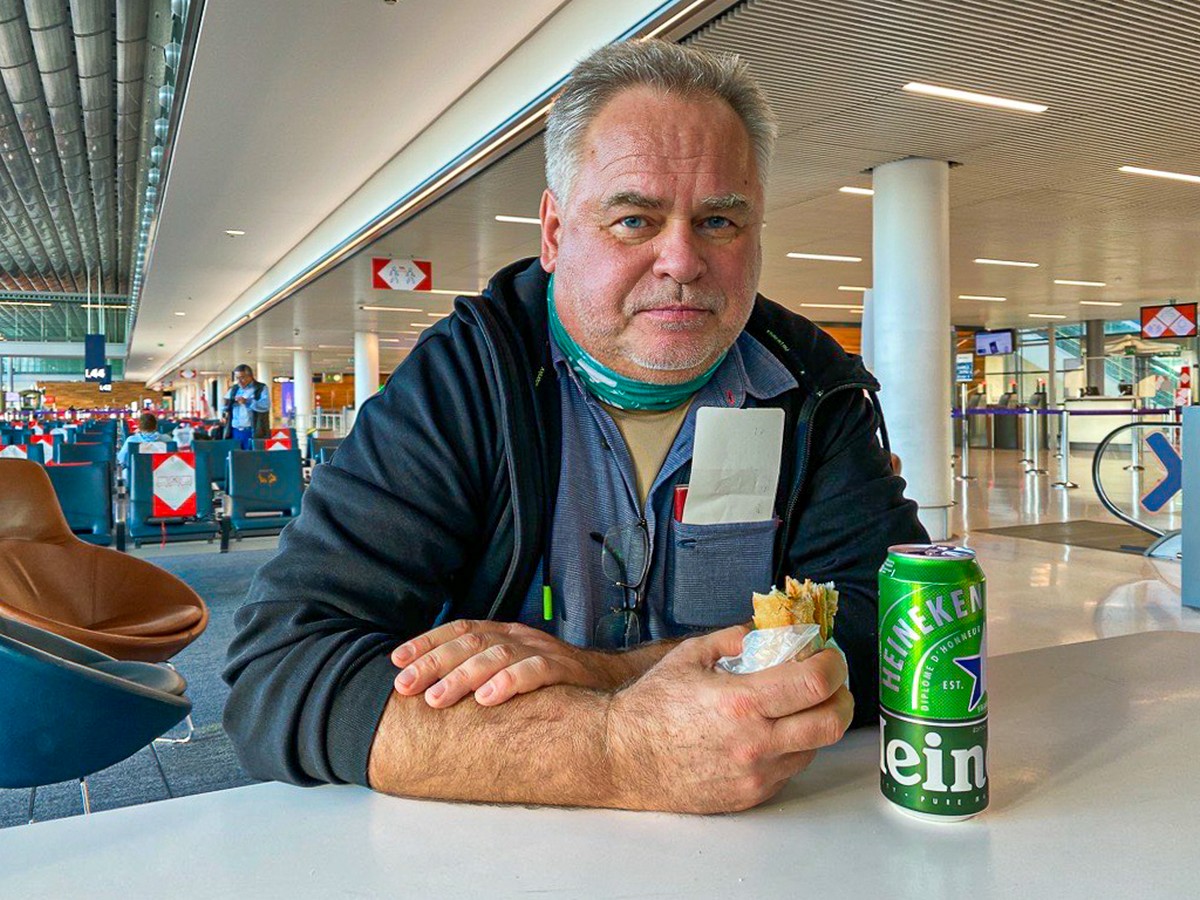 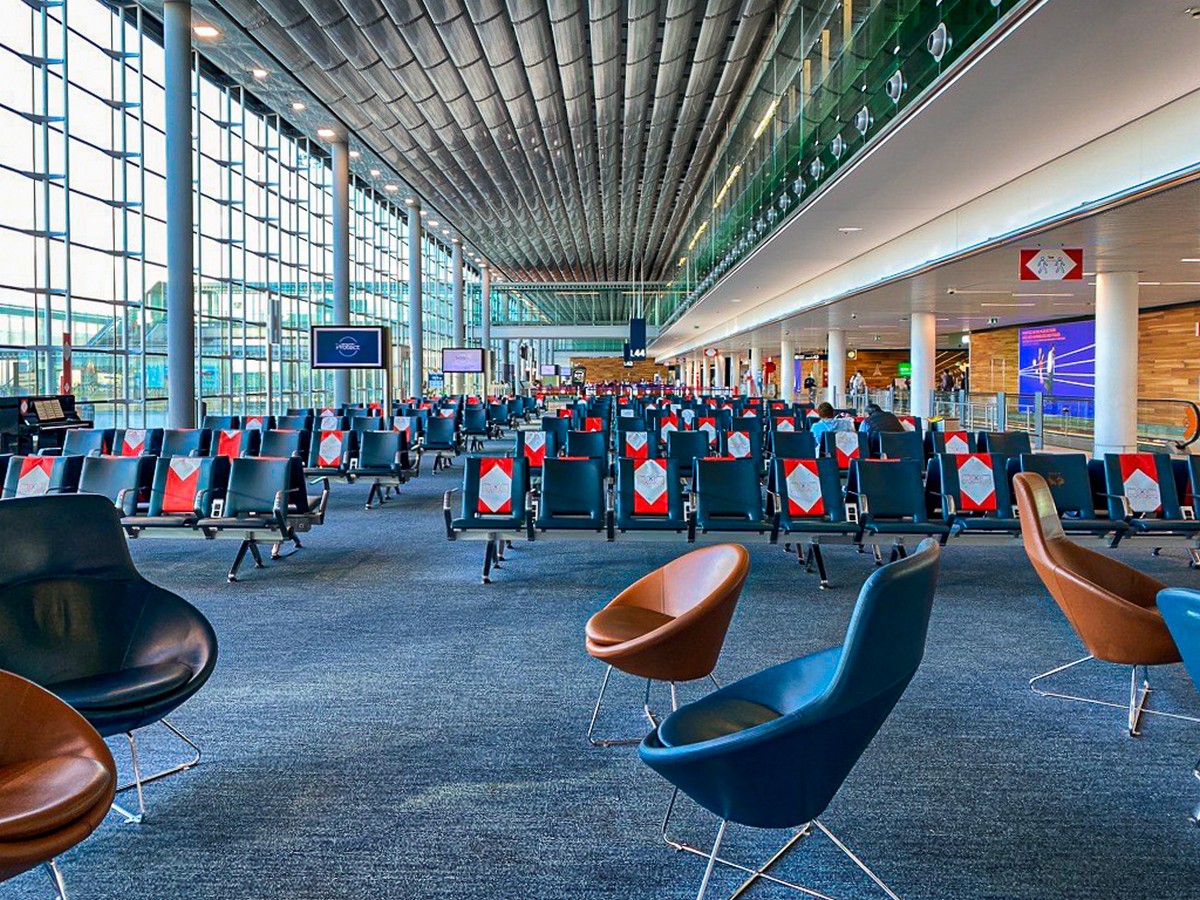 If only it would be as quiet and as unpeopled as this in normal times. After all, airport terminals should be convenient and comfortable. It’s just it’d be nice if things were open. 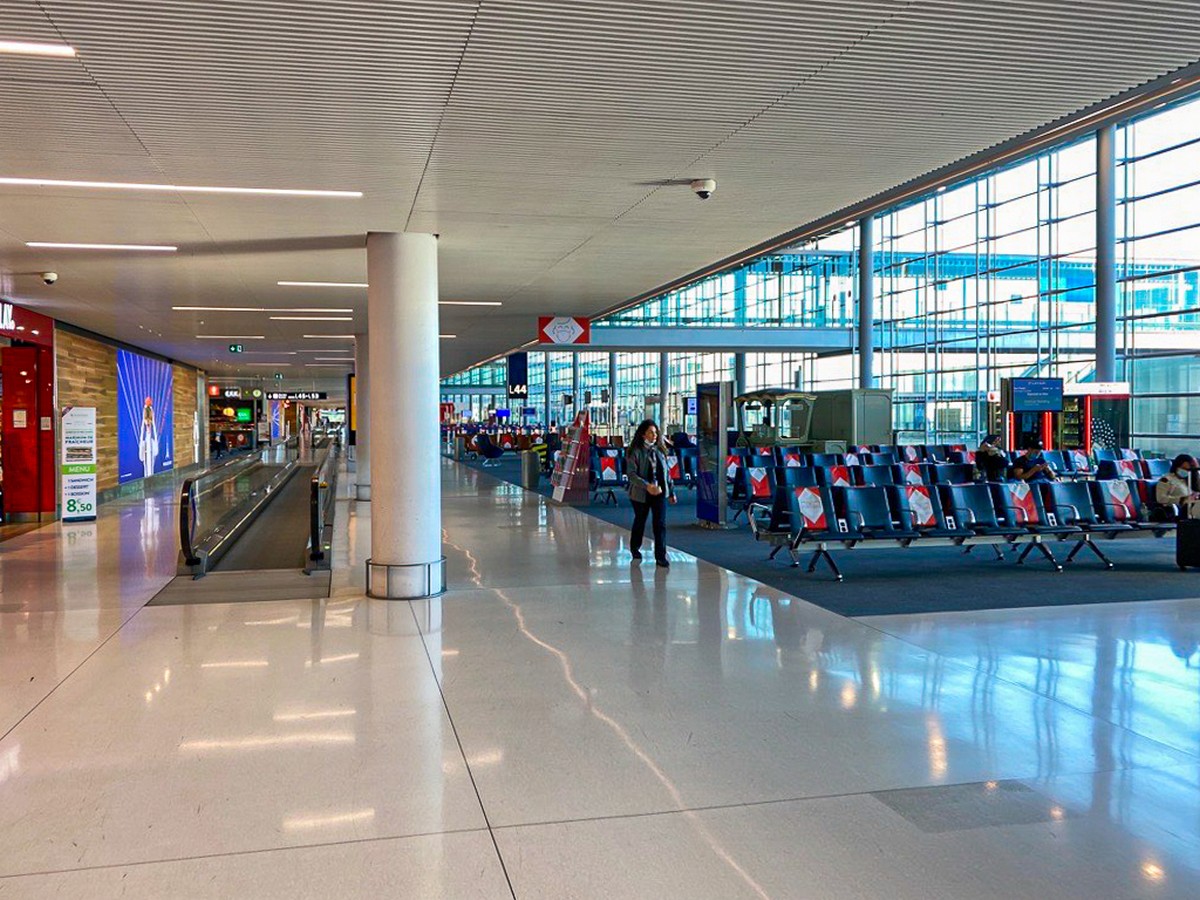 Meanwhile, upmarket boutiques… some don’t even bother opening up the shutters on the entrances – it’s not as if there’s anyone eager to enter… 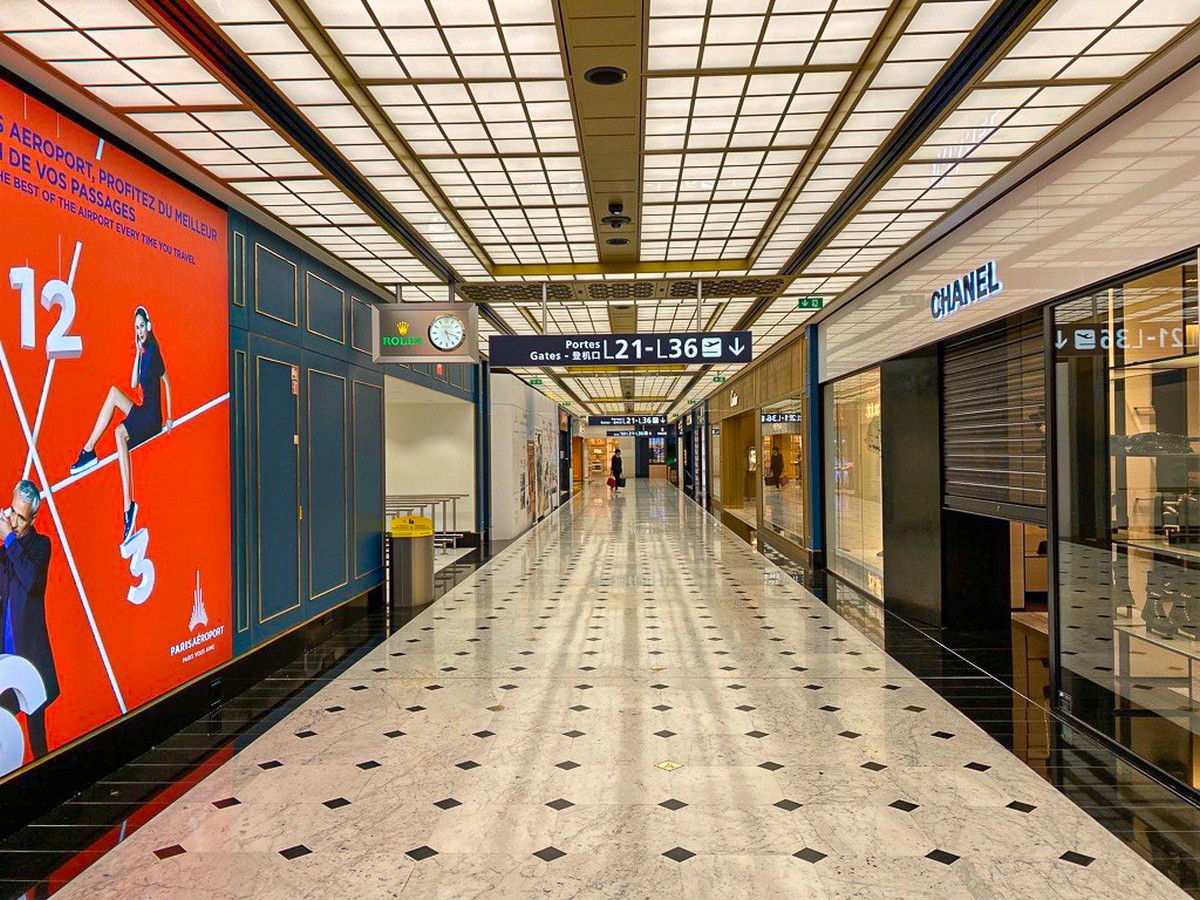 Even duty-free booze and ciggies and smelly can’t attract more than one or two passengers at a time, if that: 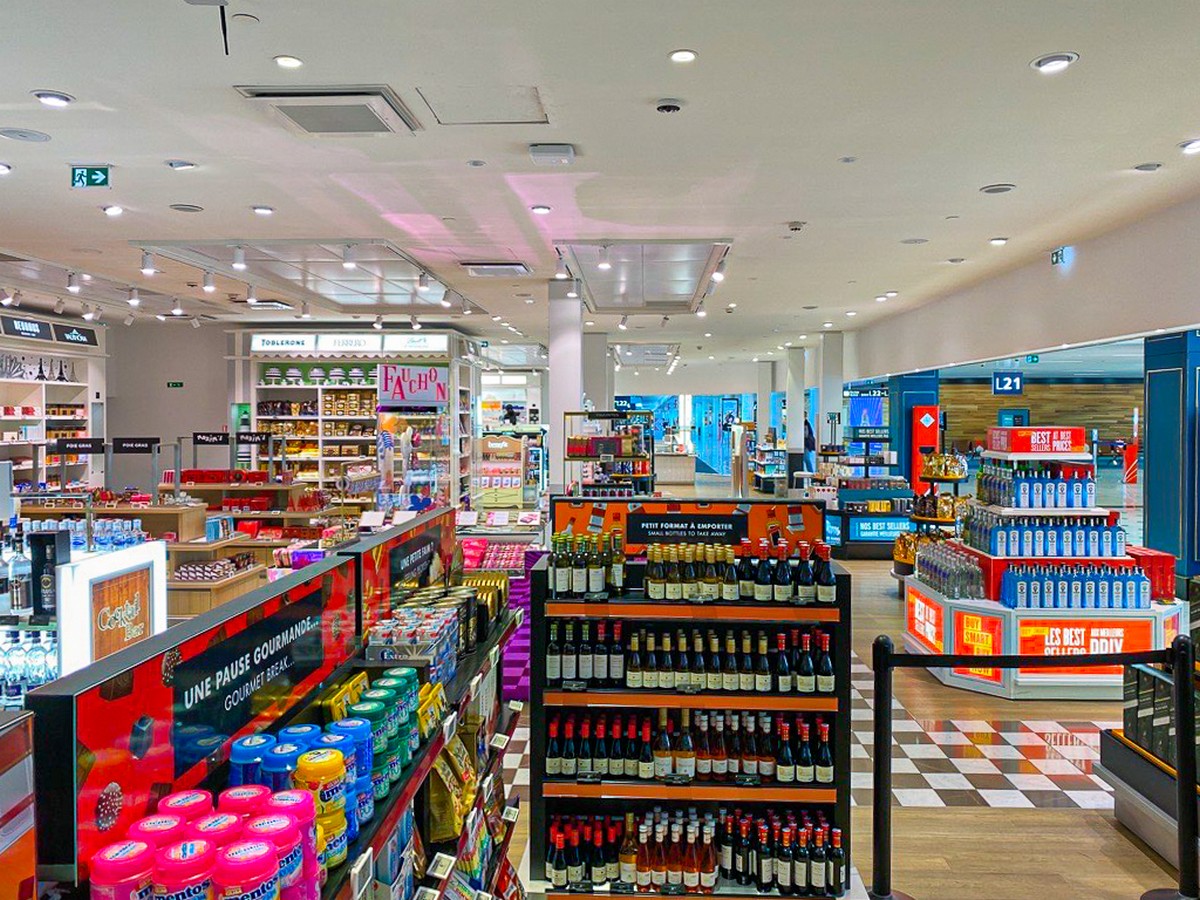 Empty: no crowds; nice and quiet and spacious, but still – miserable. And boring. Hmmm. Let’s go have some complimentary snacks and drinkies in the business lounge, and sit in comfy armchairs for a bit before our connecting flight. But this is what we found: 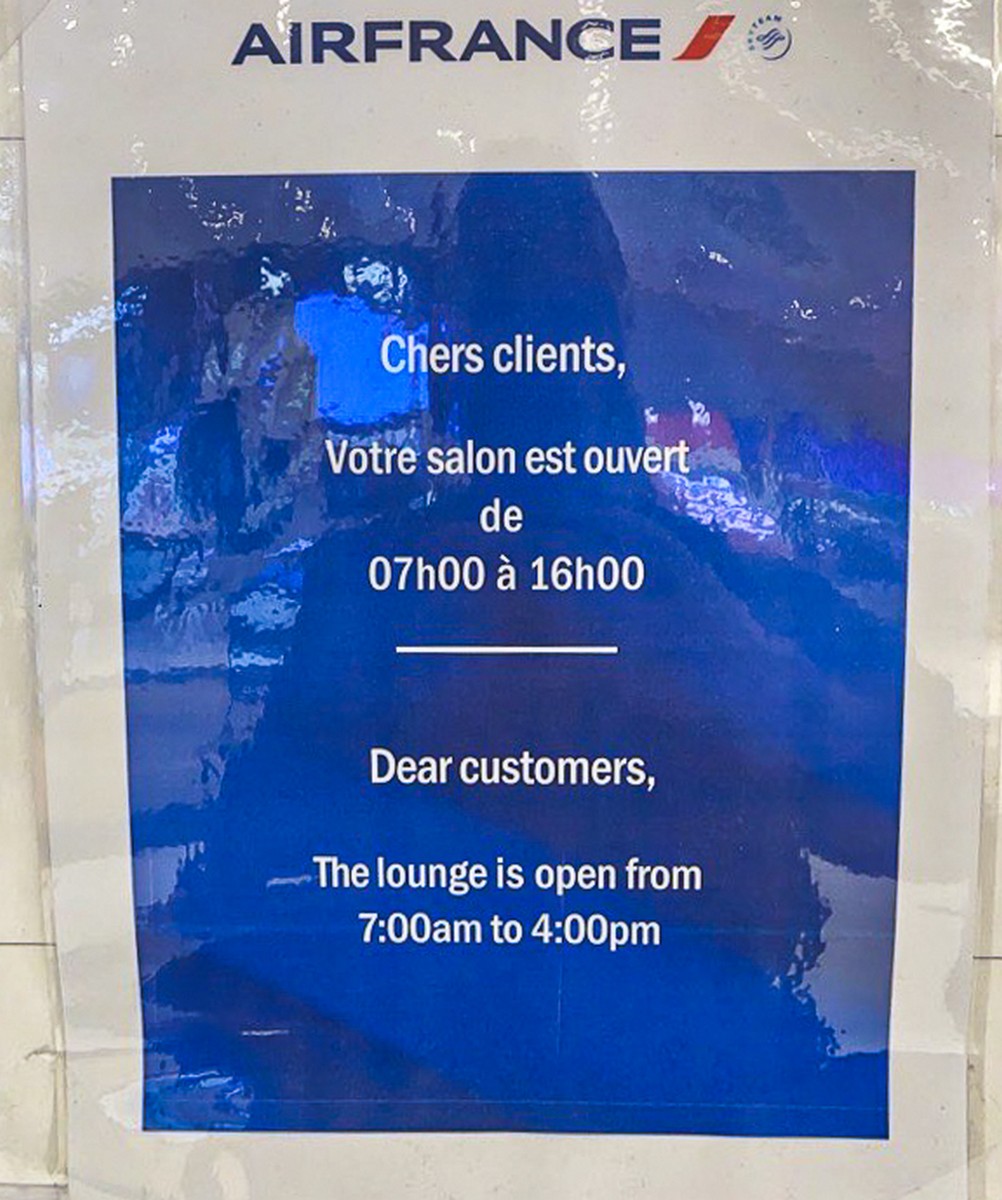 The French work until 4pm. And that’s it, the working day done. WHAT? Oh my Gallic. I’d forgotten all about such Franco… frankly eccentric socialistic ways. And yes I am being very diplomatic. Don’t want to upset our French K-folks ).

Right. So, I was just curious as to what things were like in other European hubs. Was it the same as here? So I asked our roving business trippers currently flying around the globe. And this is what they sent me… 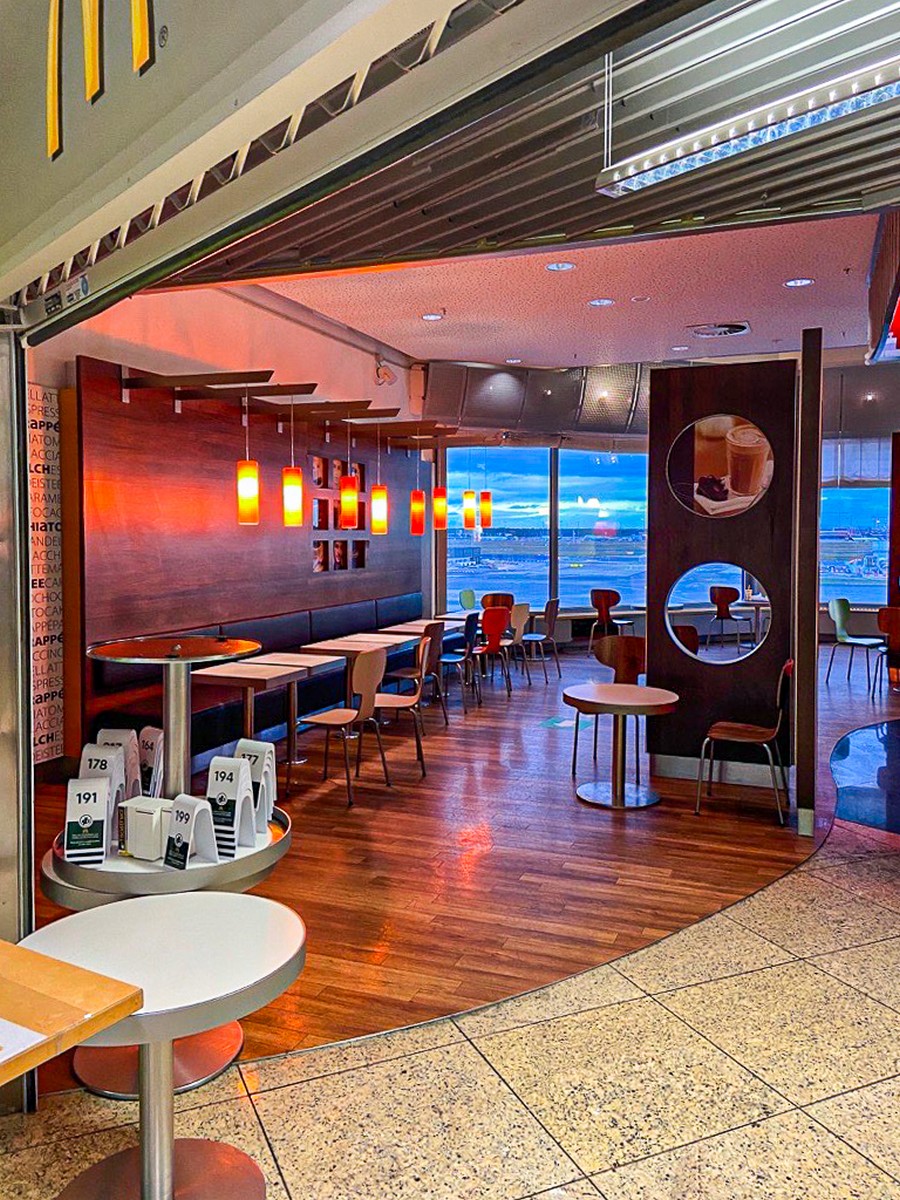 Not a (Frankfurter) sausage. Ja – pretty much the same. 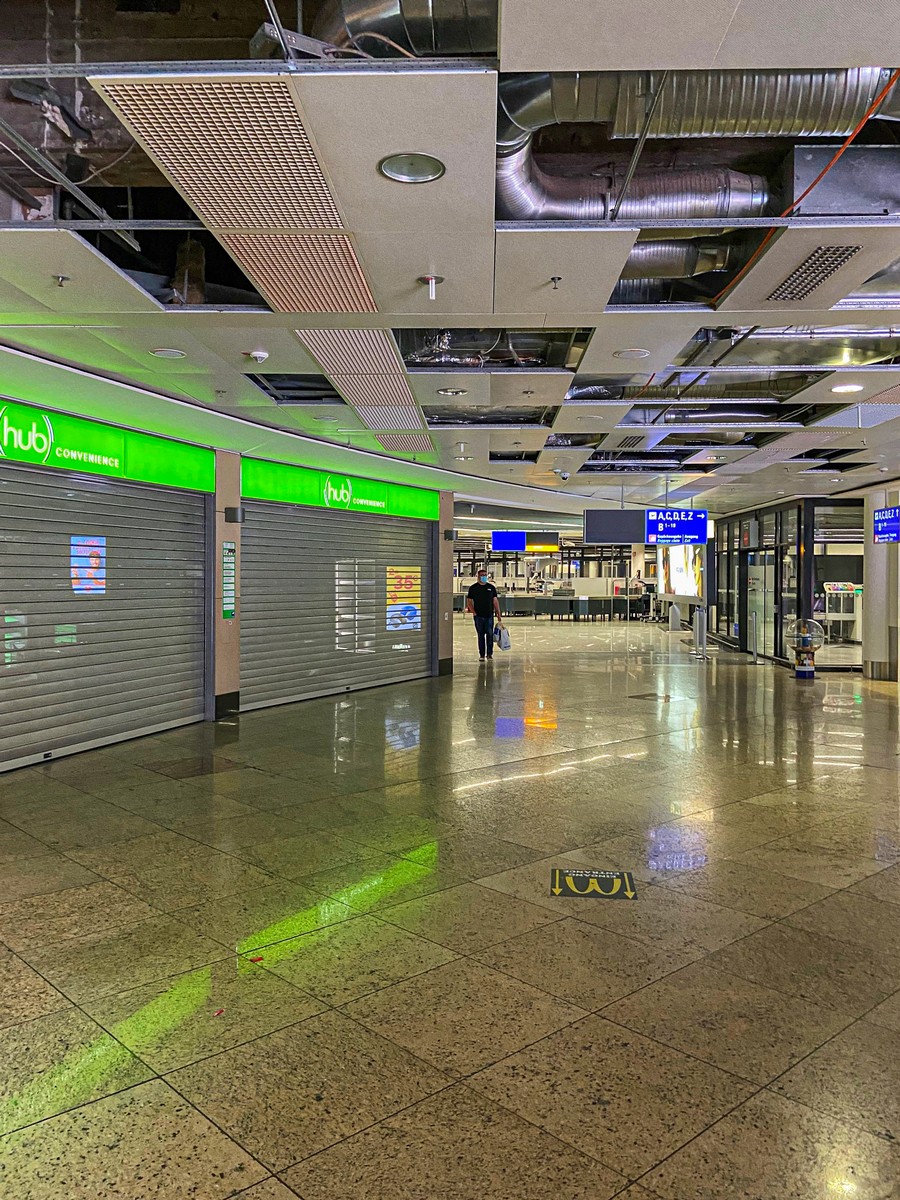 And in the Americas? Yessiree: same again, if not worse. All closed up with seemingly no intention of opening up anytime soon…

Still, Stateside, at least you can sit comfortably with lots of room to yourself. Not like the usual sardines in a can… 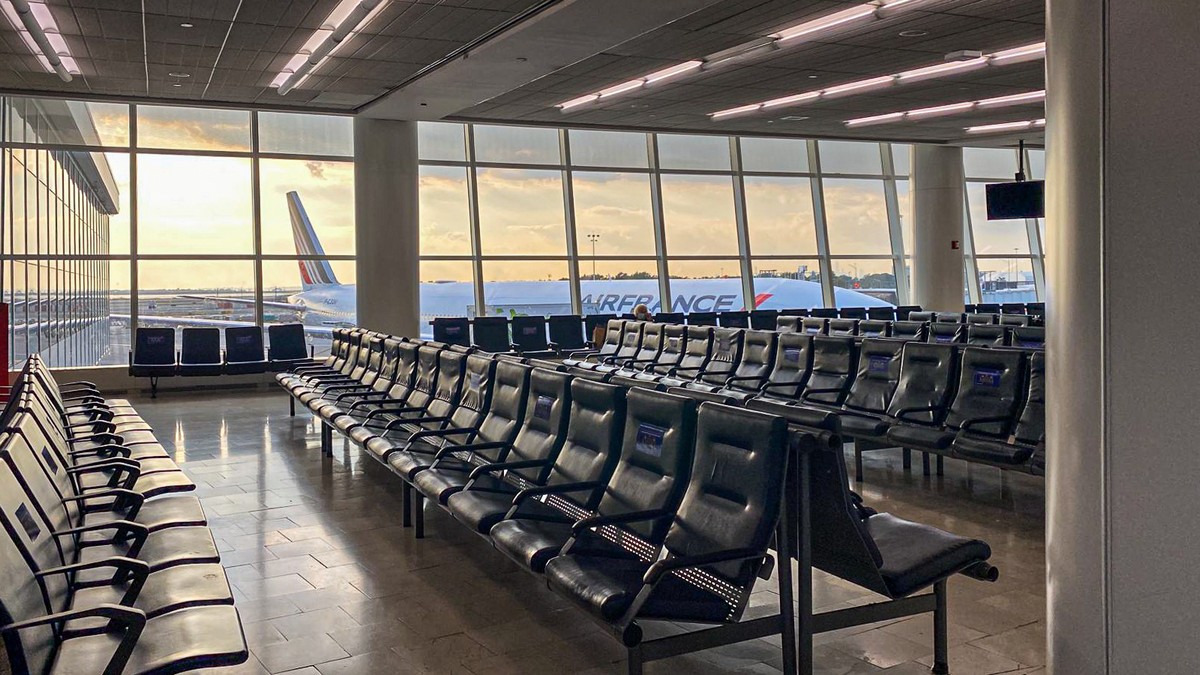 Clean, quiet, plenty of space, no crowds or long lines. 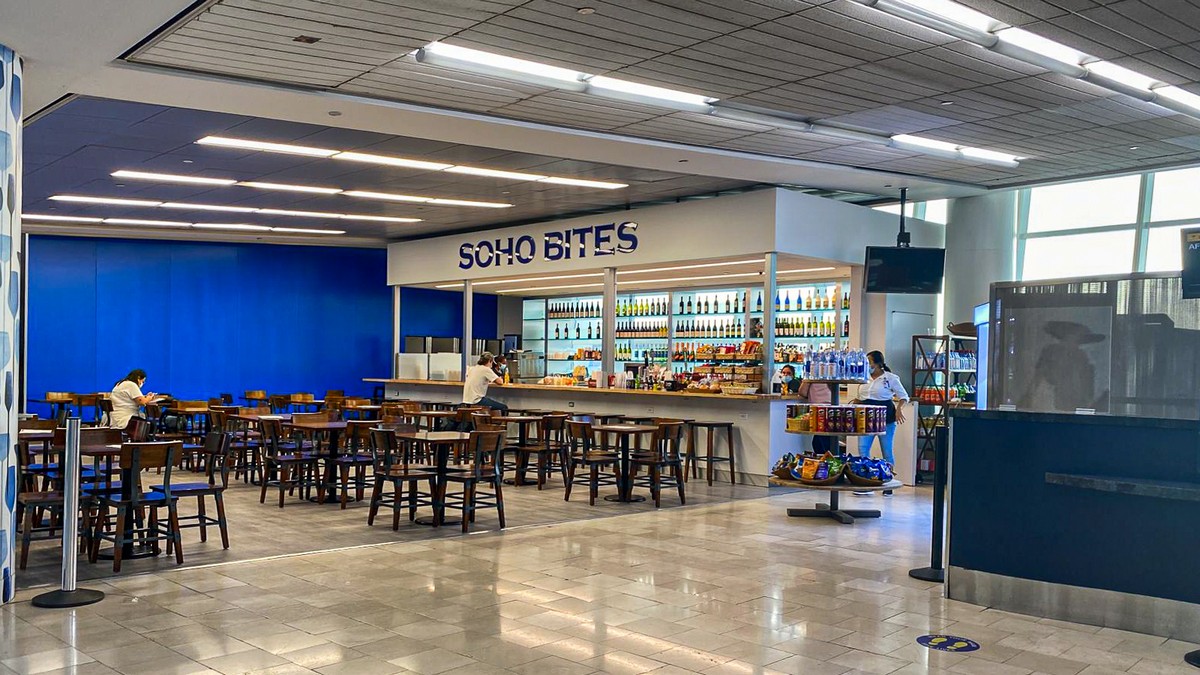 And btw, these pics are from New York’s JFK.

Still hardly a soul around…

And these are photos of Boston Airport.

So there you have it. That’s what’s going on in the world’s airports folks, just so you know. Odd. Sad. Weird. The whole situation – pretty much a fiasco. So here’s hoping things will change some time soon…