I’d heard a lot about modern mining equipment that works autonomously, i.e., without a miner nearby controlling it. Well now I’ve seen it in action too – the other day, when I paid a visit to Phosagro in the Khibiny Mountains on the Kola Peninsula – inside the Arctic Circle! – in the northwest corner of Russia, not far from the Finnish border.

Here’s a robo-miner drilling into rock, all on its lonesome: 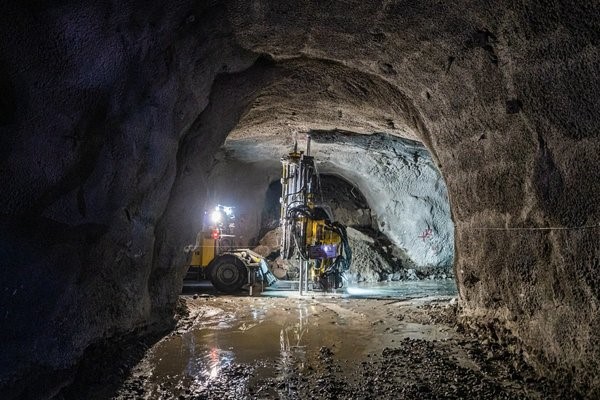 Whereas today’s ‘miners’ sit in a brightly-lit, air-conditioned office operating joysticks occasionally and checking the progress of the robots on a bank of screens: 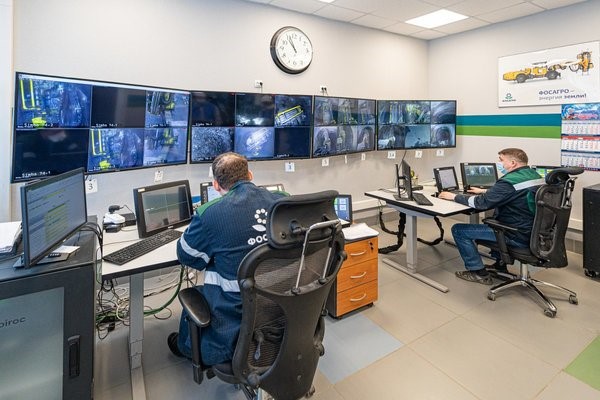 Thus, the future has arrived! Can this profession still be called that of miners? You know, those guys in overalls and hard-hats with a torch attached, caked in coal dust, spending all day down a mine with a pick-axe or some such hacking away at a coalface? No, no: that’s all in the past. Today’s ‘miners’ are as shown in the above pic. But get this: they can do their work practically anywhere; they don’t need to be next to (above) the mine. Given the correct (green-colored) cybersecurity, they can do their job in Timbuktu if they show wish. Or Tahiti…

So now I can compare a gold mine with an apatite mine. And I can report that… they’re pretty much the same ). 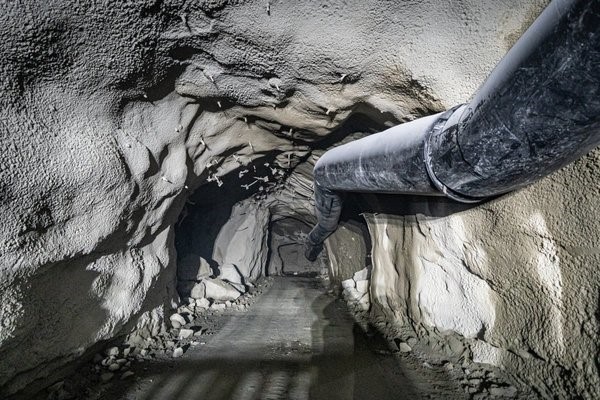 The Russian Wikipedia page on apatite tells us that it is here in the Khibiny Mountains where the largest deposits of the stuff are to be found. The English page doesn’t mention where it is found at all (make of that what you will). Oh, and if you don’t know, and haven’t clicked on the link, apatite is a mineral used to make mineral fertilizer. Here’s another insight you only learn of if you can read the Russian Wikipedia page: ~’Apatite is the main non-organic component of the bones and teeth of vertebrates, including humans’. Well, well. Who knew?!

On our excursion we were told how there are other sites around the world where apatite is mined, but it’s here in the Khibiny Mountains where levels of heavy metals in it are the lowest, meaning the ‘cleanest’ fertilizer can be made with it.

Though the miners up above ground are decidedly ‘new-school’, down below ground things are still decidedly old-school (besides the robo-miners doing the work): a short tunnel (several meters in length) is drilled into the rock, dynamite or some such is placed in the tunnel, said tunnel is blasted to smithereens, and what’s left is sent up to the surface for further sorting and processing. And it looks something like this: 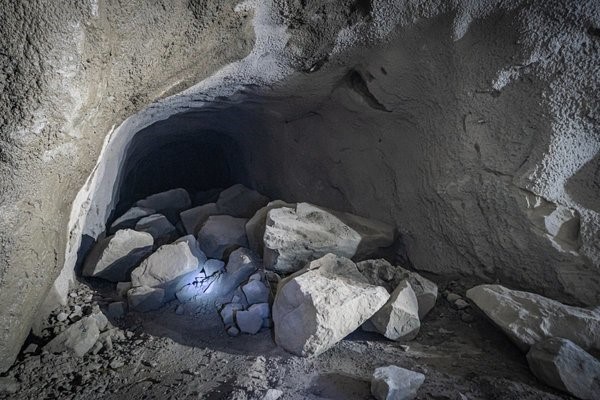 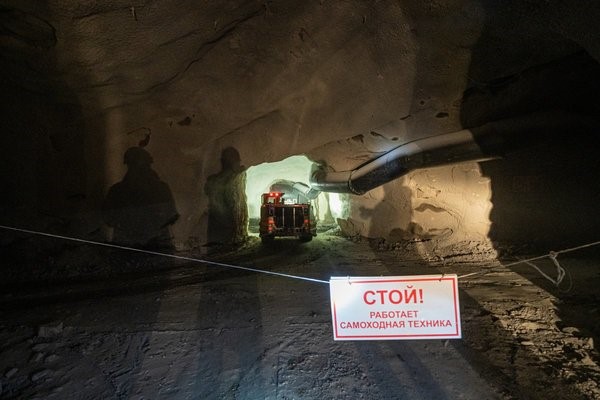 This bulldozer/digger-type vehicle is still driven by a Homo sapiens, but that too looks set to change soon…

It’s good that the machines are taking over down here: it’s no place for anything with… ears and lungs. The bangs could easily deafen, and the dust – you can hardly see for it sometimes; imagine what it does for your lungs? ->

In the past open-pit mining was practiced here, which was somewhat easier, but they couldn’t get any more out of the ground that way so they switched to underground mining – the machines doing the dirty work, the ‘miners’… ->

And that was about it for my visit to the mining complex. I didn’t see it all – we checked out just one of many mines, but I did see true modern-day-mining remote working ).

So what’s it like down a mine? You really need to try it for yourself. To me it’s all about the endless web of tunnels, water dripping here and there, the noise of the ventilation, and the bangs and echoes of the machinery. If you stand next to some of it the noise can be such that you can’t hear a word uttered by someone stood next to you – even if they shout into your ear! You can’t tell just how loud it gets from the video, so you’ll just have to take my word for it! ->