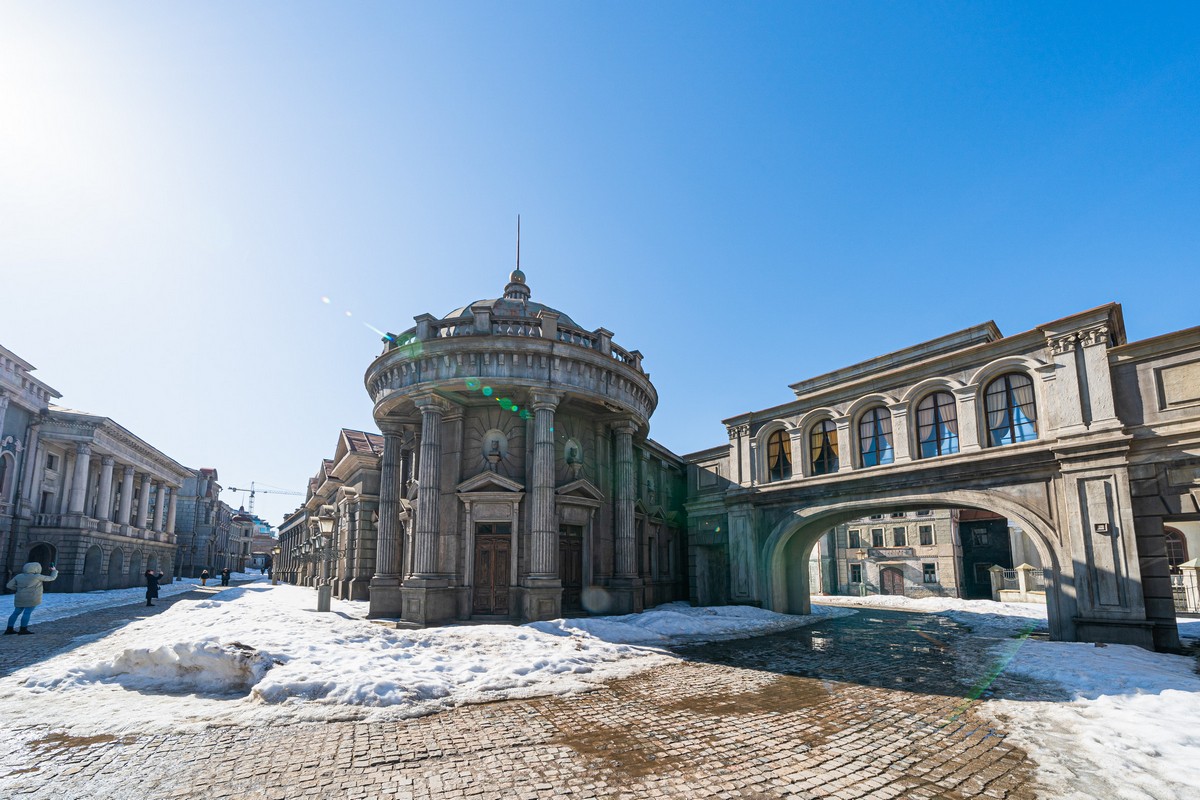 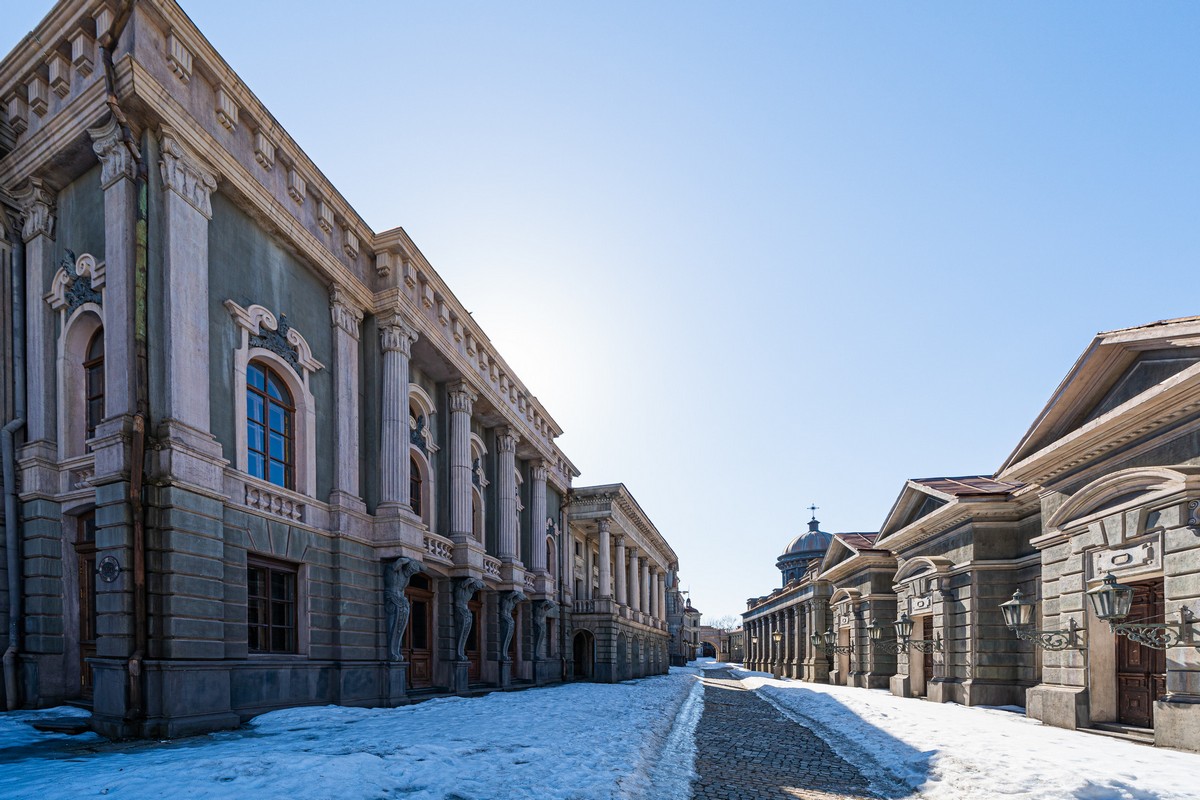 And the first exhibit to catch my eye as I entered the museum was the scale model of the famous Soviet socialist-realist/art-deco sculpture The Worker and the Kolkhoz Woman. One reason it caught my eye was that both it and the massive original are in and of themselves impressively commanding works of art. But perhaps the main reason was that the scale model – this one here in the museum – is used in the famous (to any Russian, and to any serious world film buff) Mosfilm animated logo shown at the beginning of all films made here – much like MGM’s lion, or 20th Century Fox’s wartime searchlights. 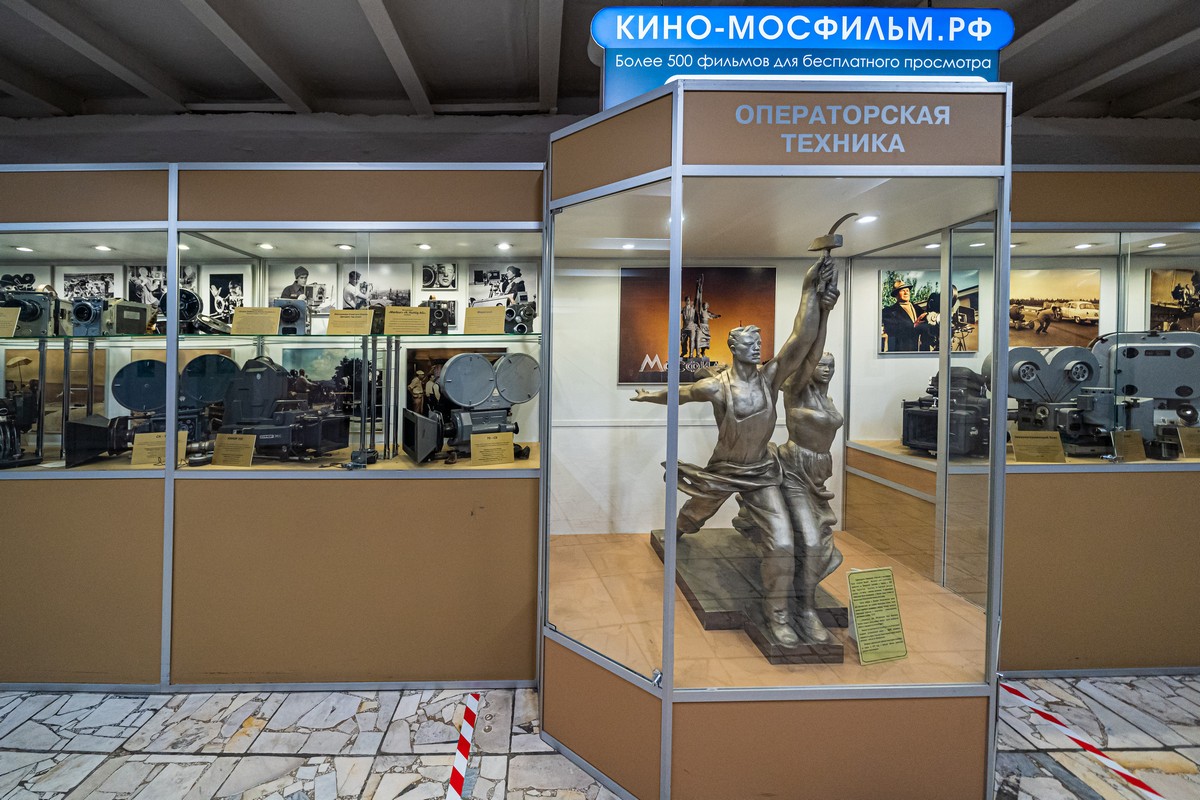 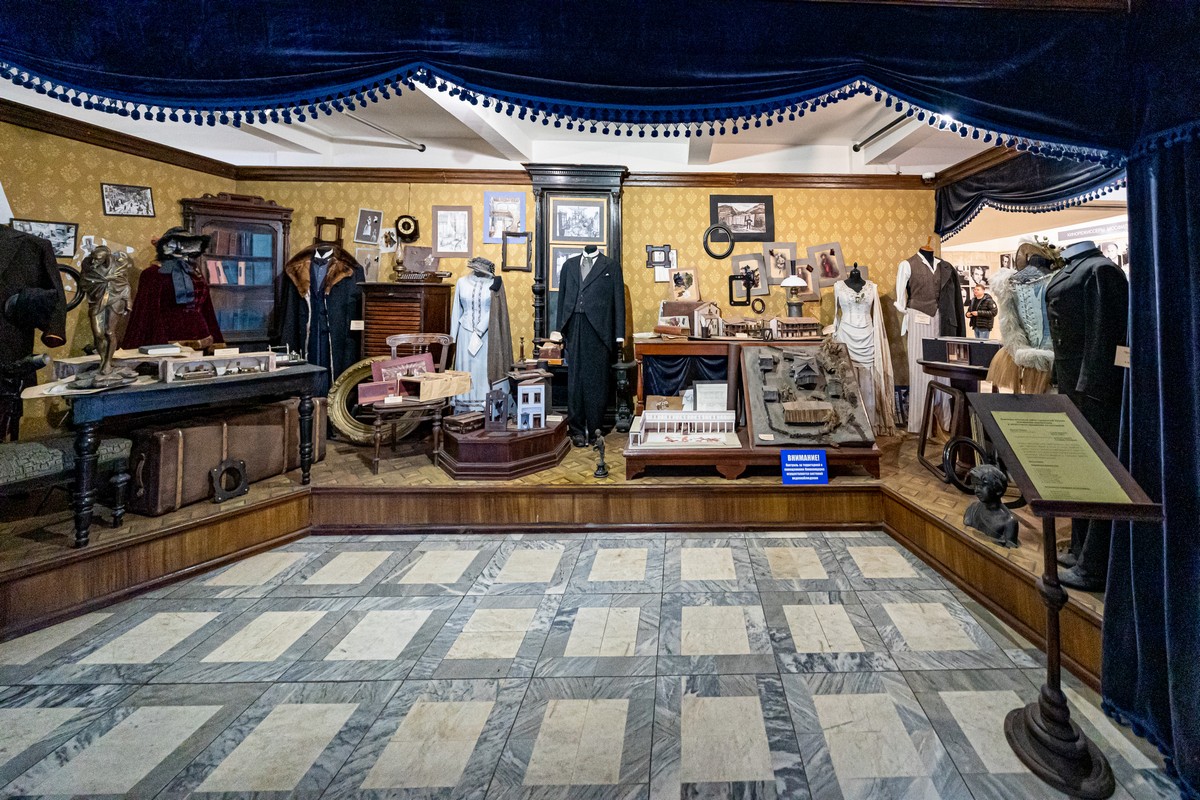 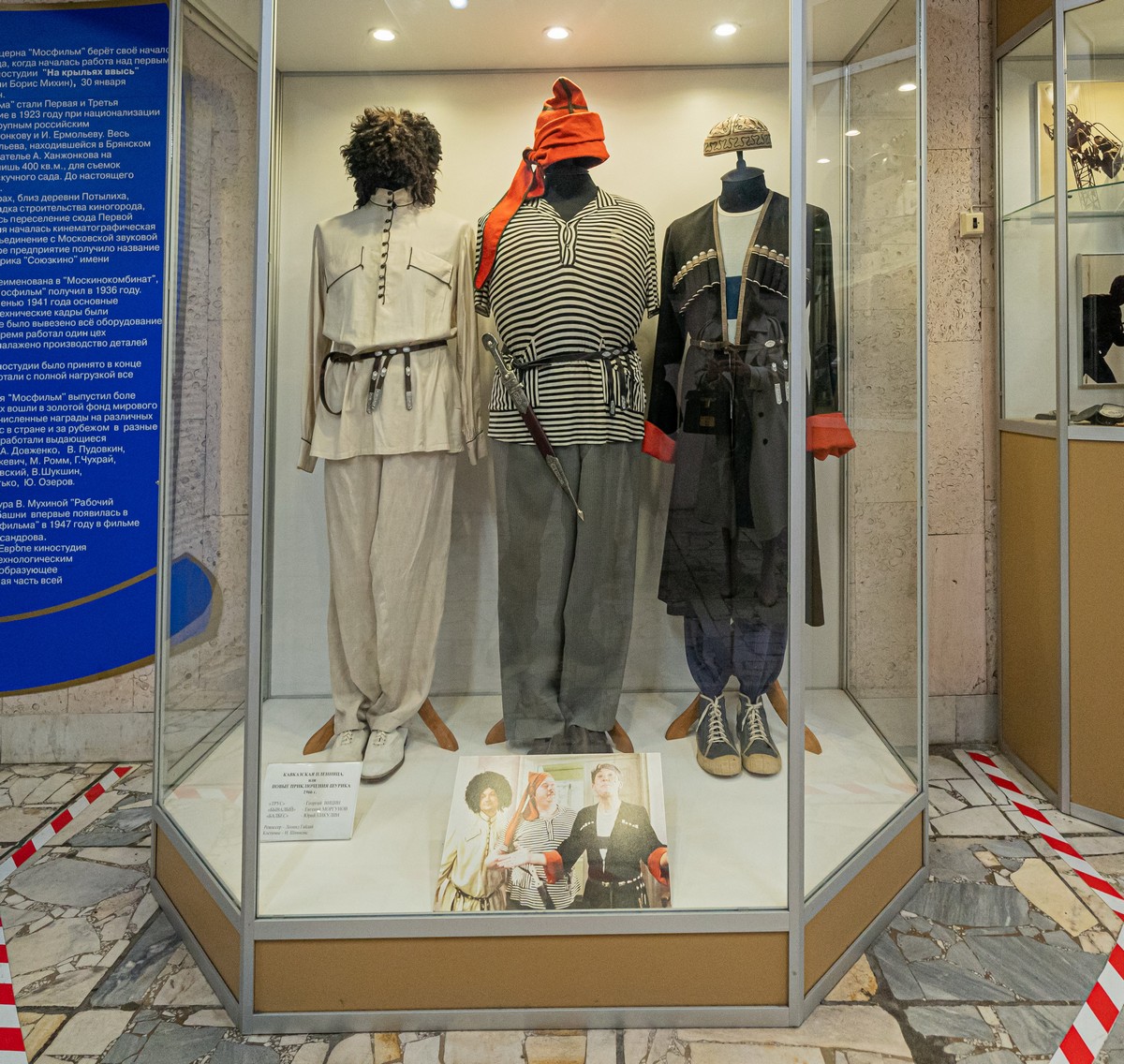 I was rather disappointed by the complete absence of notions of a suitable aesthetic for the backdrop for something so… aesthetically curious and historically-artistically-culturally important – and so crucial in purveying the aesthetic of film-based art!

Film awards – including a few Oscars (for War and Peace and Dersu Uzala): 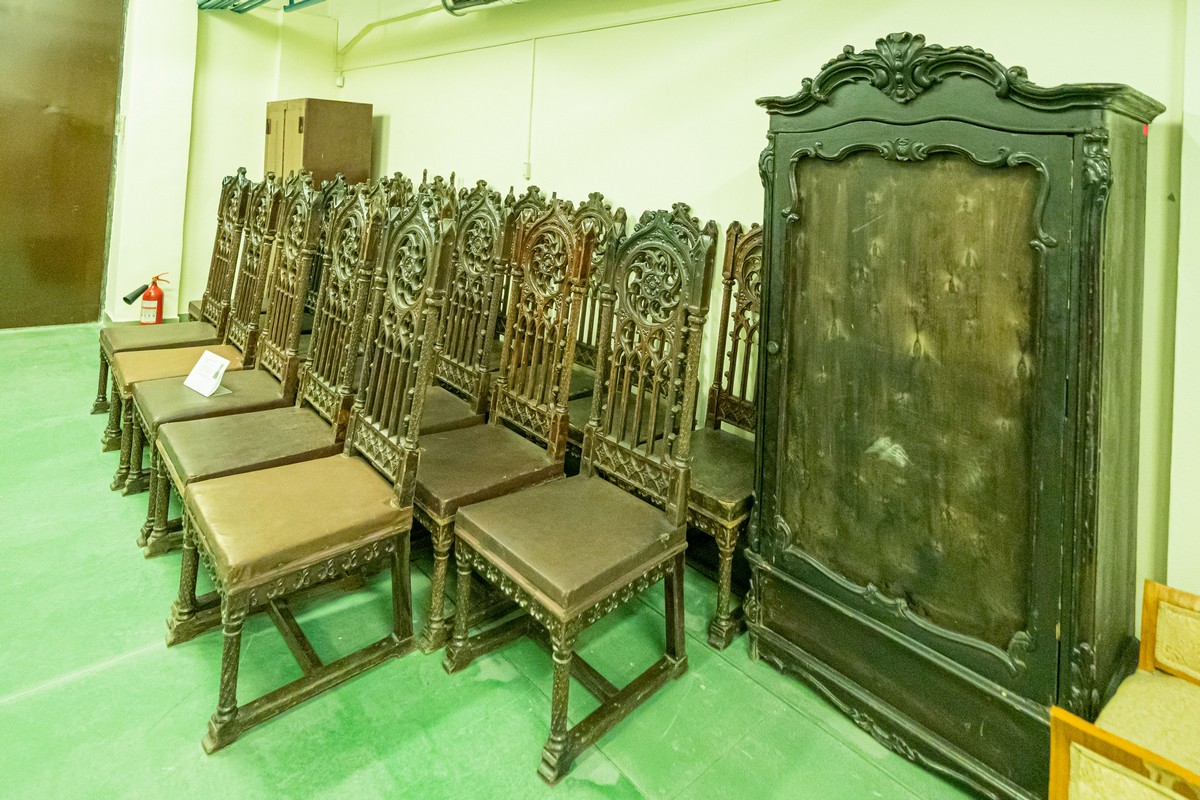 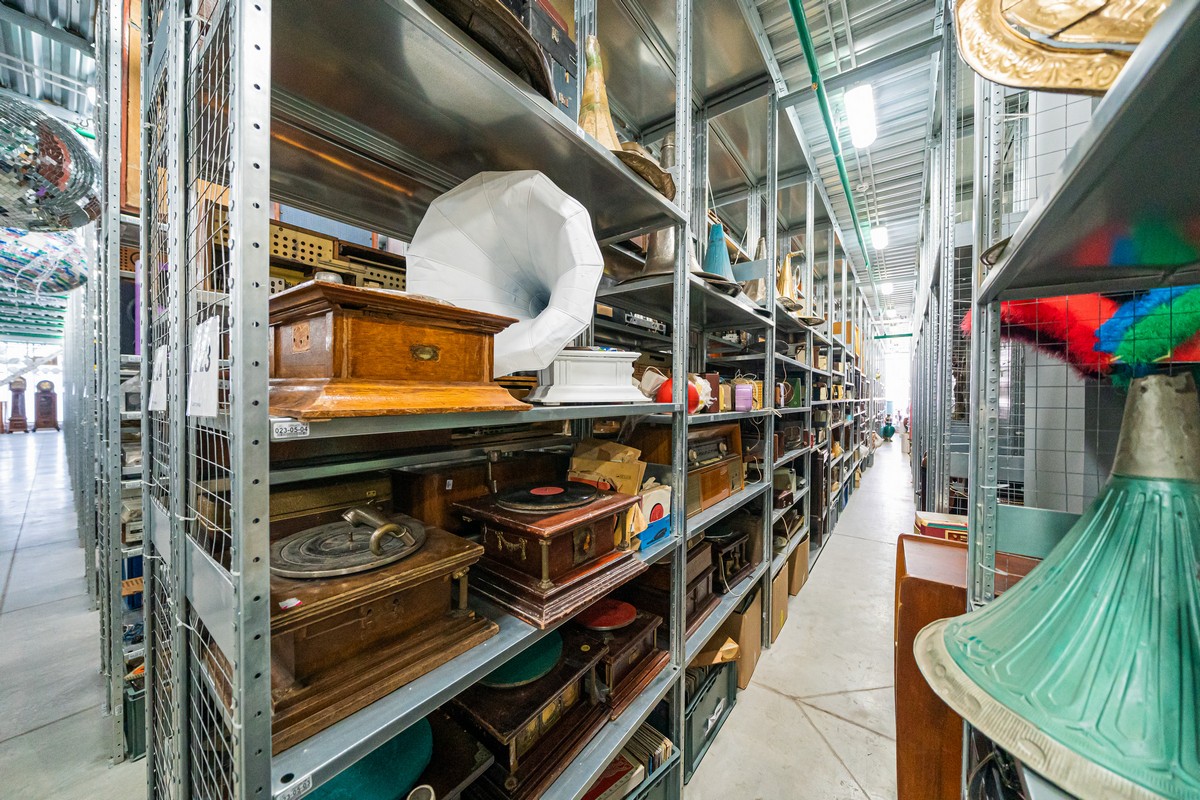 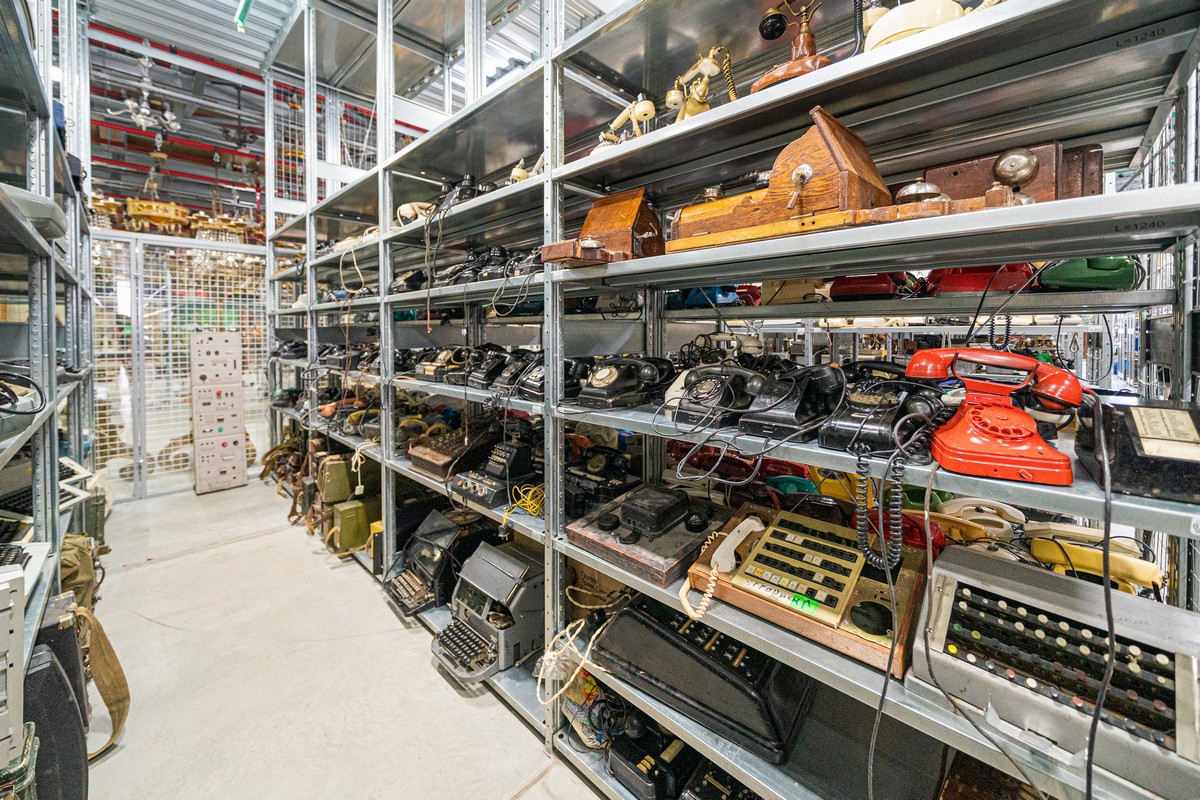 Mysterious bulky boxes with glass on one side:

Onward we stroll – outside – for a look at Mosfilm’s recreations of Moscow and St. Petersburg down the centuries:

But what’s that (clearly 20th or 21st-century) skyscraper doing their spoiling these period panoramas? Our guide told us how, historically, the construction of tall buildings wasn’t permitted near the studios, but then along came the 1990s, and the rules were somewhat bent. Thankfully, modern technology can erase such unsightly modernity on digital film with a few clicks of a mouse ). 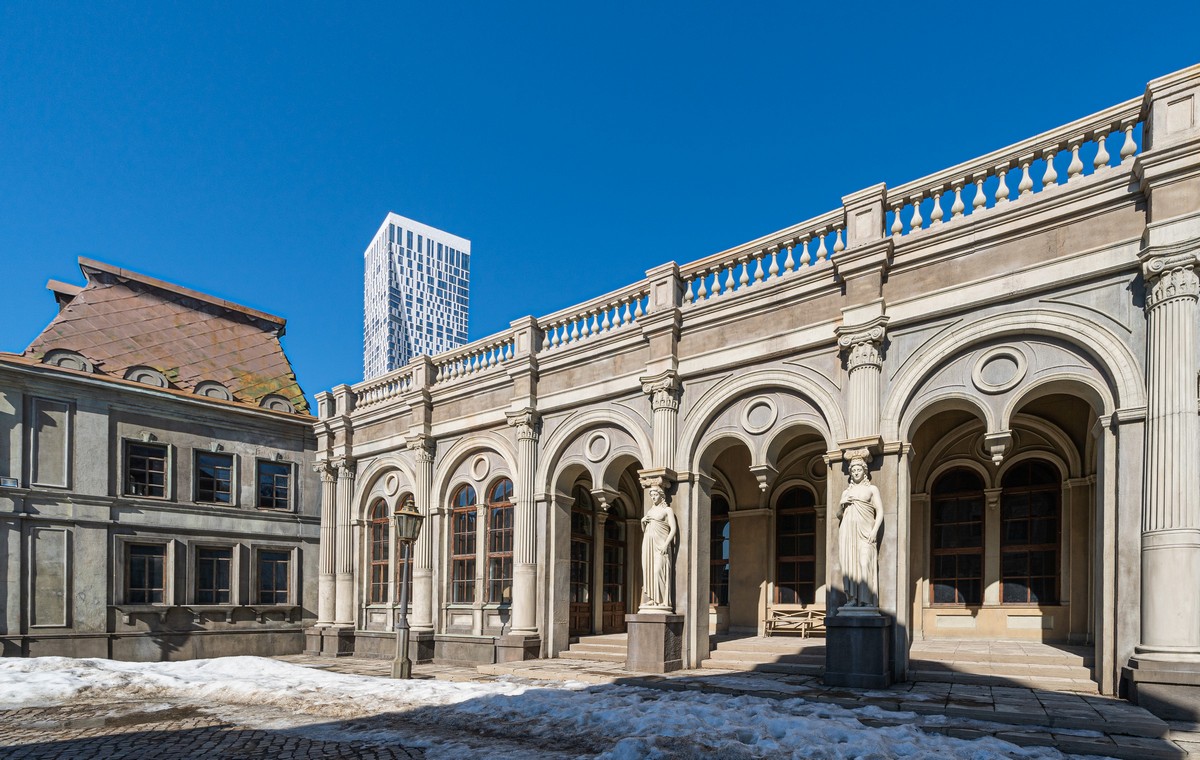 I’m not sure which particular arch is depicted here, but apparently all the installations here are copies of real-world buildings -> 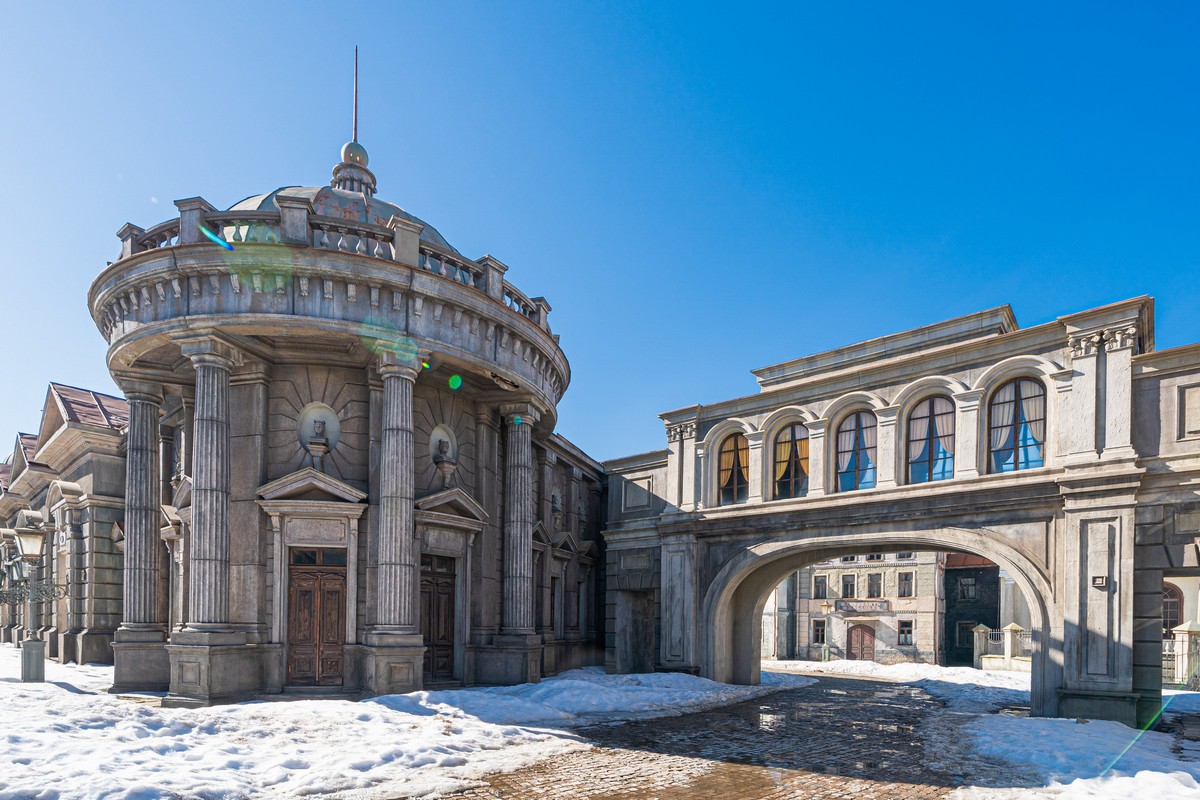 Btw: all these mock-ups aren’t real buildings made of bricks, stone and mortar: they’re all ‘fake’ film props made out of… I’m not sure what – but it’s certainly not ‘real’ building materials, and there are no actual rooms behind those windows, no hallways behind those doors ).

And that was that. A wonderful afternoon’s walk, and all in my home city ). Btw – the view from outside up on a hill:

Meanwhile outside the film studios, Moscow’s skyline grows taller by the day -> 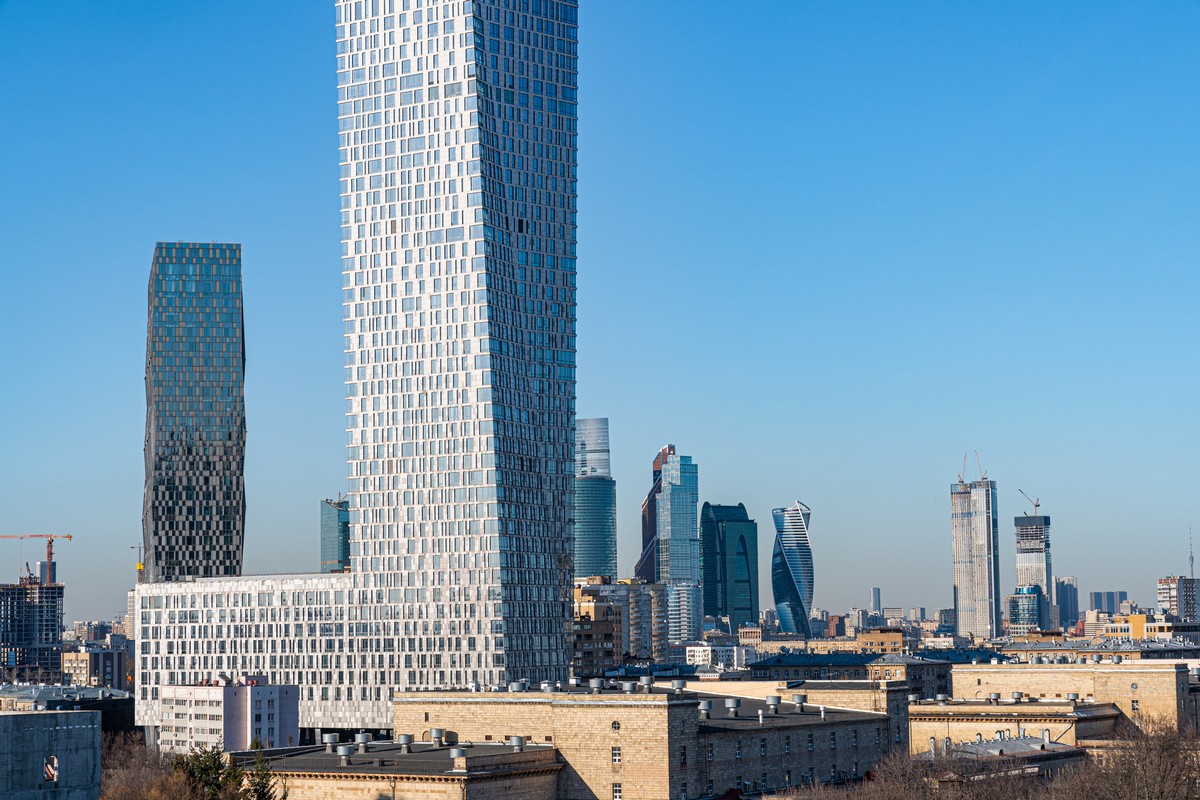 The rest of the photos from our Mosfilm excursion are here.