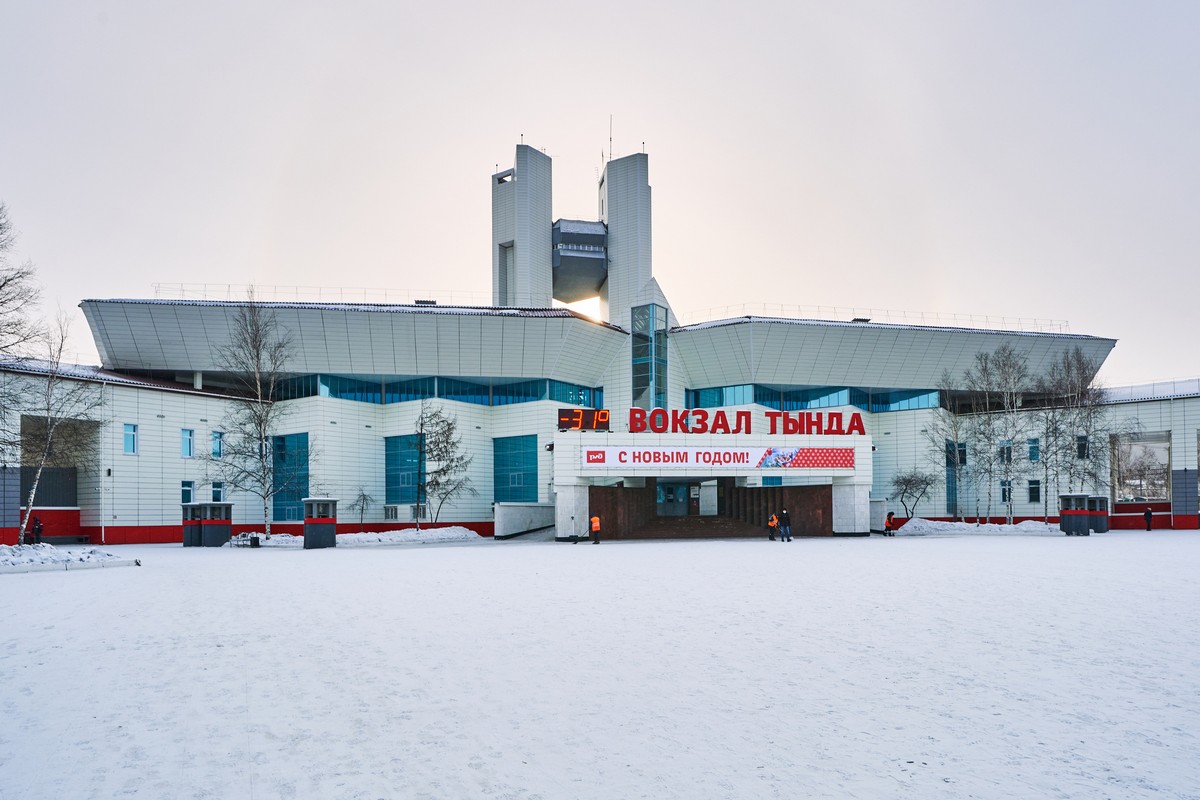 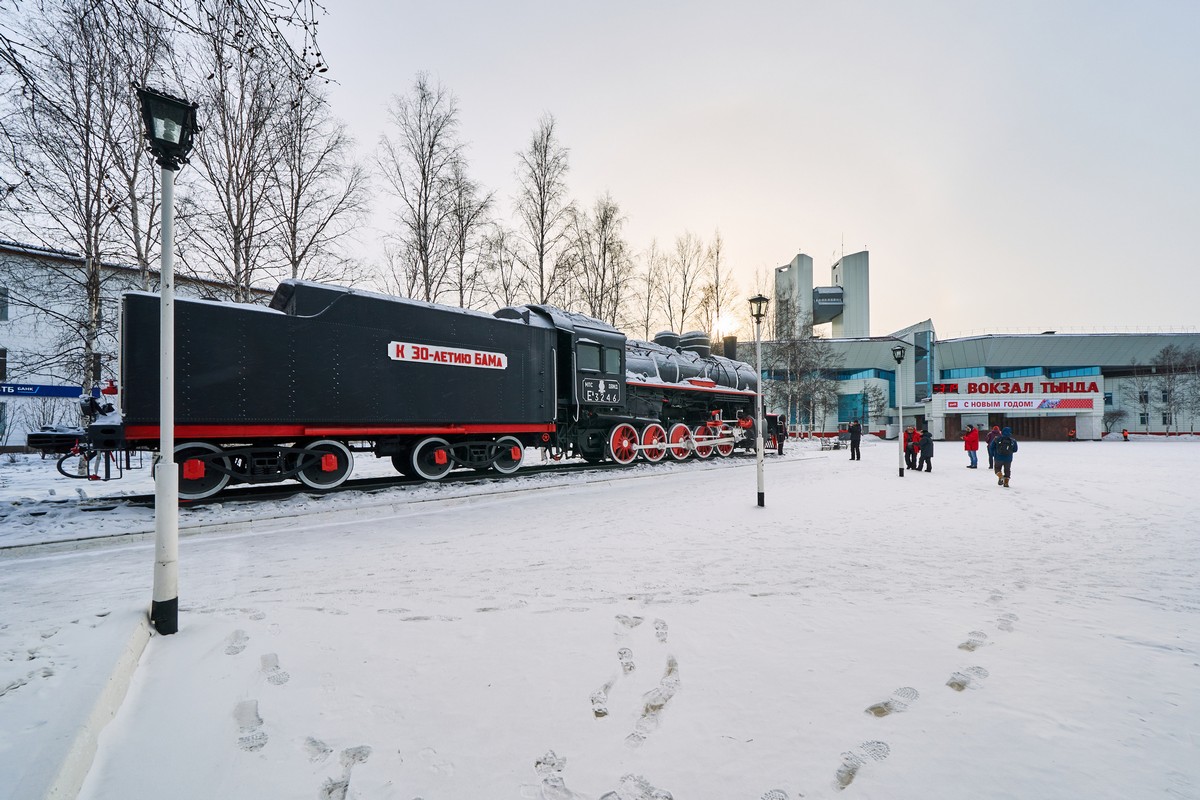 The inside of the station was rather neat, having recently been fully repaired and refurbished: 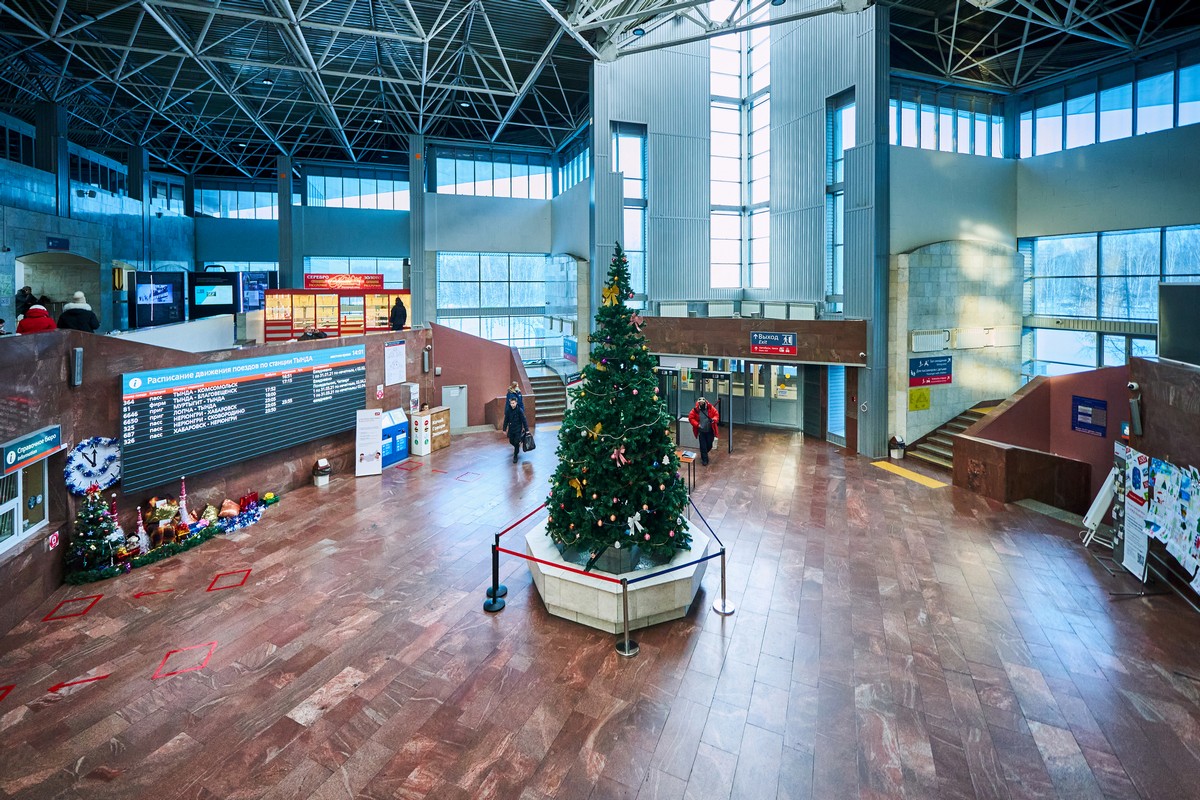 The timetable looks fairly busy – but most of the trains that travel on the BAM are cargo trains:

We also took photos of the platform sign – as ‘evidence’: just in case someone didn’t believe we’d actually touched BAM – in the capital of BAM! ->

Here’s a passenger carriage arriving from somewhere. As I understood, many of the railroads here aren’t electrified; therefore, a locomotive is always needed – even for just one carriage:

Of course there’s a BAM museum too -> 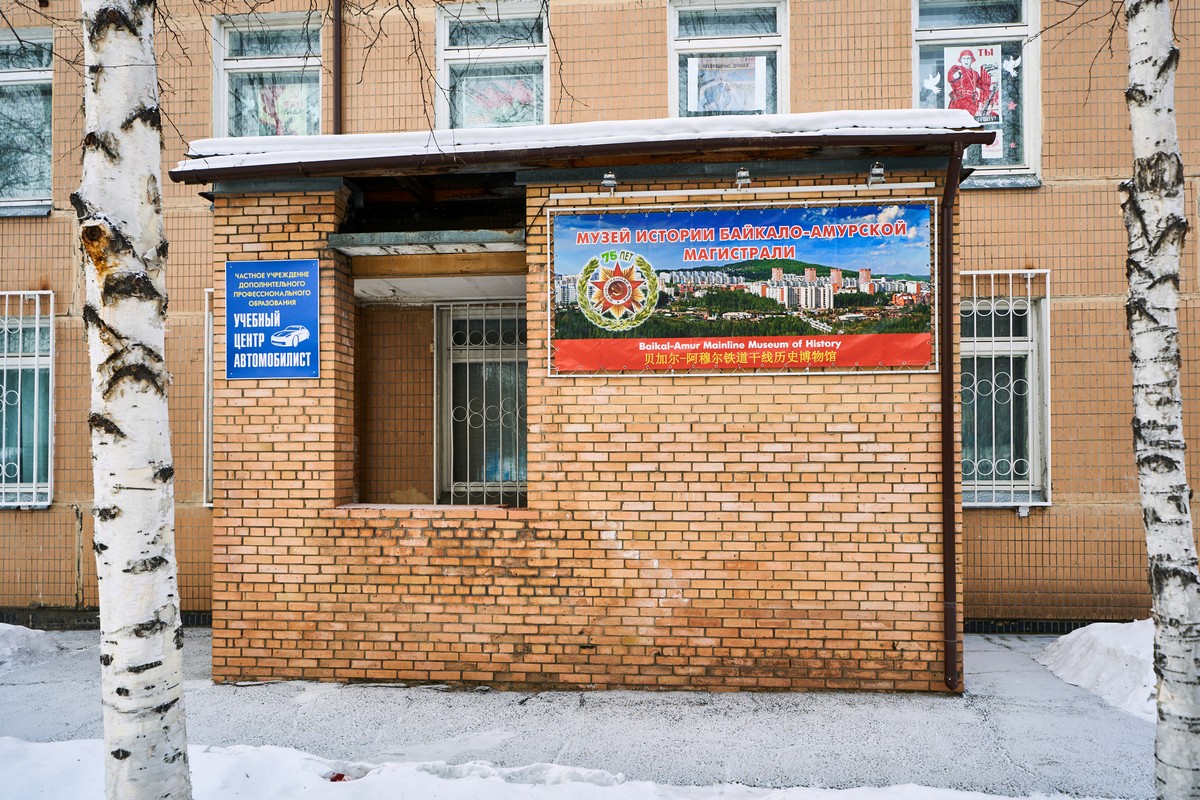 But I have to say I was a bit underwhelmed. I would have liked to have seen details of the techniques and technologies used to construct a railroad on permafrost (no easy engineering feat), and about how they built the bridges and tunnels. Alas, there was just a bit of history: 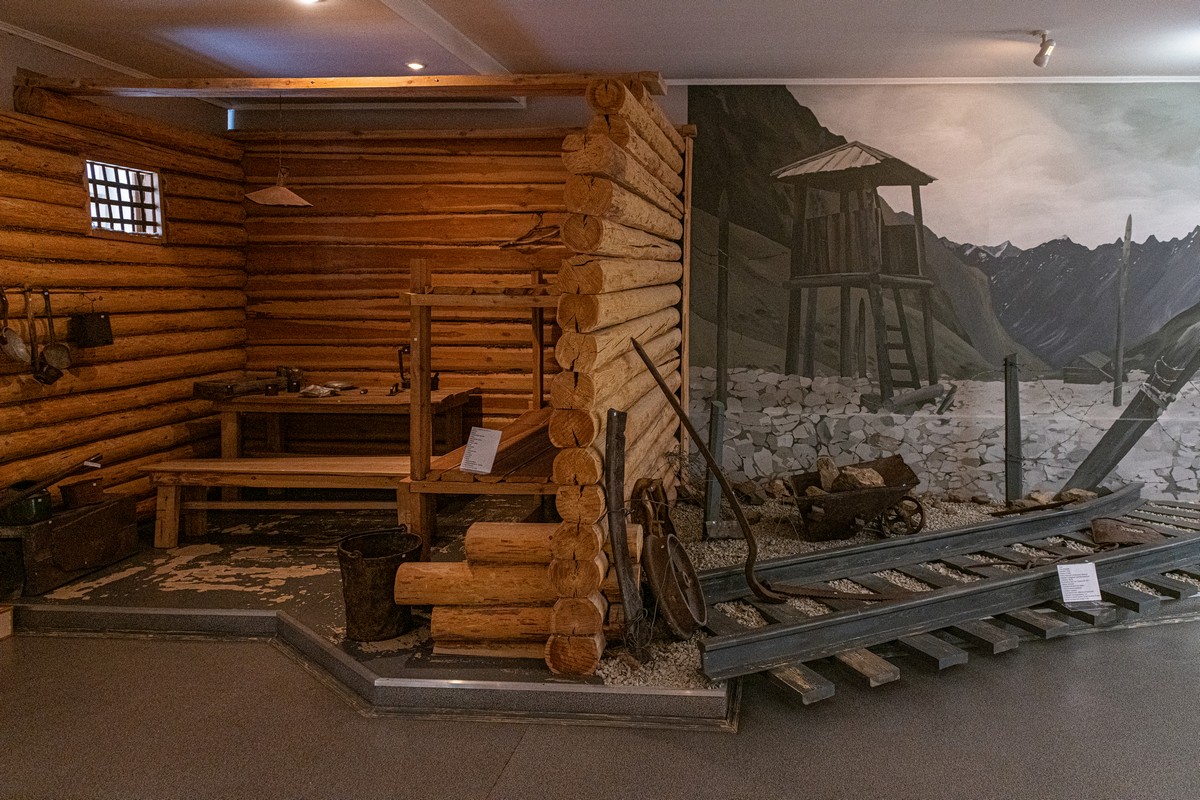 The museum also contained exhibits that may be interesting to folks who took part in the construction – like jubilee keys, commemorative golden spikes, and assorted other memorabilia and trophies, but to the briefly passing tourist – not so much.

I’d have liked there to be some exhibits and information on the BAM’s Severomuysky Tunnel, which took a full 26 years to build! And the Chortov Most – the ‘Devil’s Bridge‘ – whose design is most unusual for the BAM, and indeed the whole of Russia (and probably of the world). Yes, I’d have like more on these civil engineering behemoths; then I’d have perused for longer. 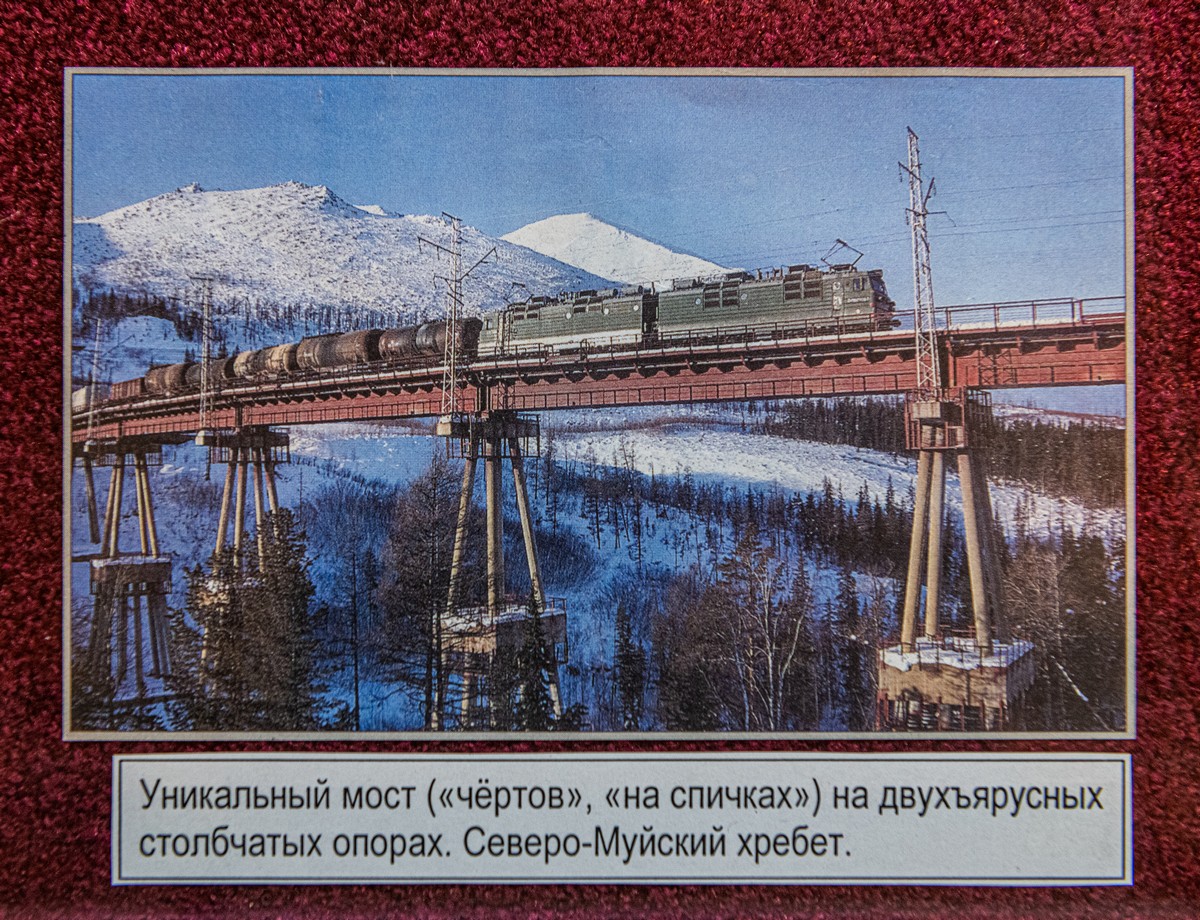 But we needed to be off anyway…

Thank you Tynda! Station – done; the BAM – touched; the Prague Café – duly, tastily, dined at. And we were off. Back on the road… 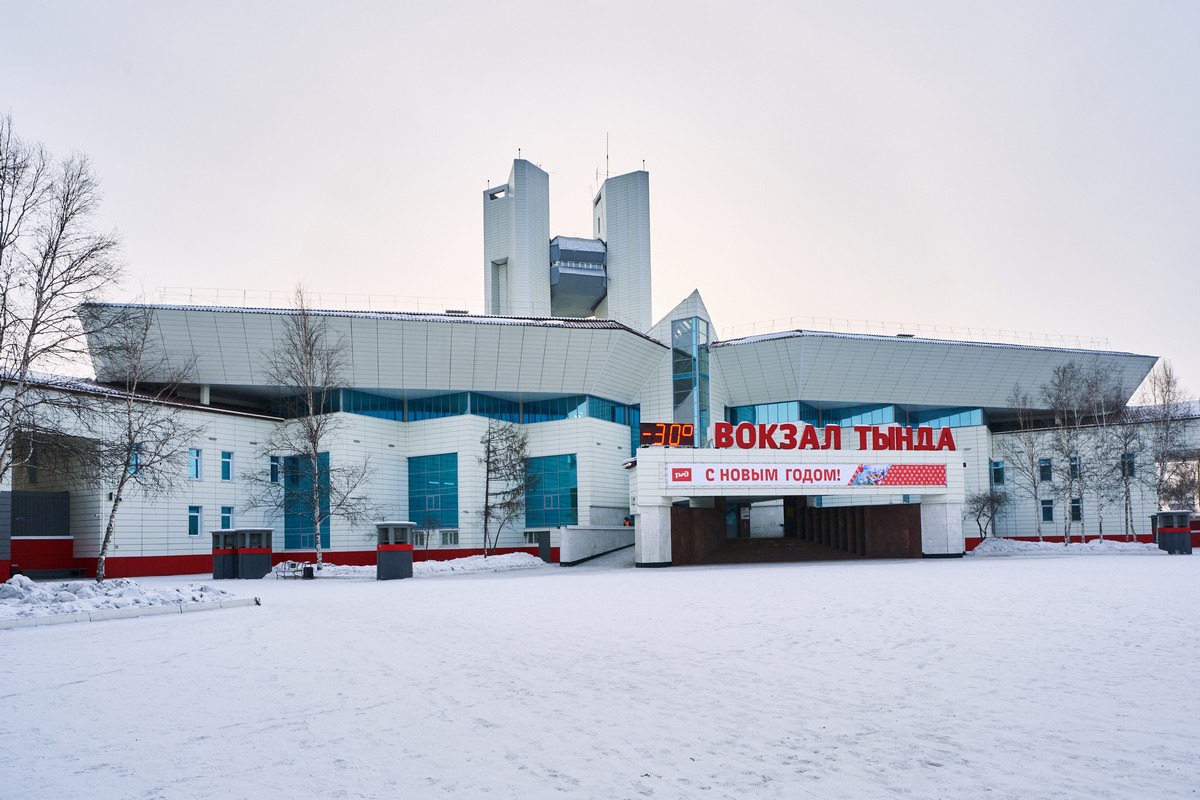