What they used to quarry in the mine I never did get to find out – the story changes depending on whom you ask. However, back in the early 2000s some locals set about seriously sprucing up the place to make it more attractive to tourists. They equipped it with multicolored lighting and various other installations, making it really quite something to behold: 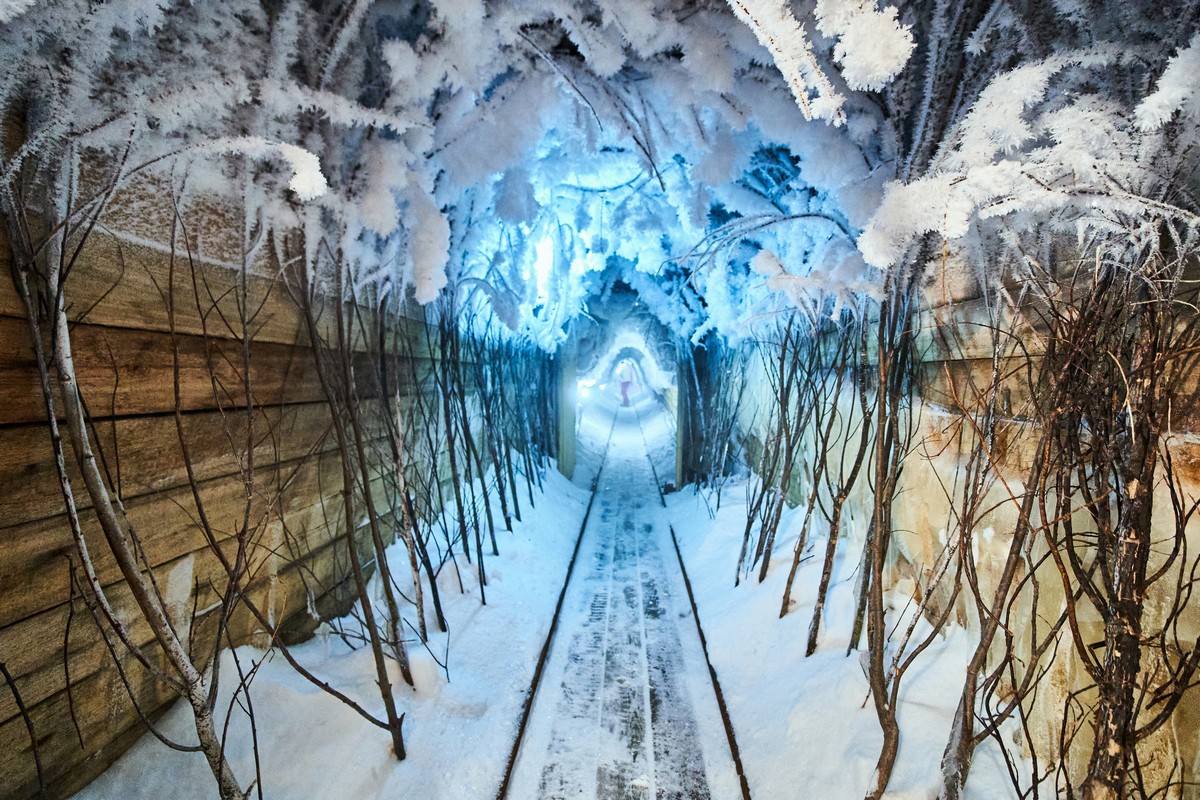 The main tunnel is around 100 meters long, and it has several short offshoot mini-tunnels. The walls and the ceiling are covered in a thick layer of hoarfrost, and the nearer you get to the exit, the stodgier – and prettier – it gets:

Very nice! The only thing missing – some light piped music to fit the setting (like in the caves in the Jeita Grotto outside Beirut, Lebanon).

And check out the water crystals! ->

So, if you ever find yourself in Tomtor – which I highly recommend you do, of course – make sure to give this place a visit. Just remember to book in advance: since it never gets too busy here, they only open it up when there are guaranteed visitors wanting a look.

The place reminded me of a similar frost-themed museum in Yakutsk – the Permafrost Kingdom, which is also must-visit, but whose crystals aren’t quite so large (though – I was there in August (of 2013); maybe in the winter they become bigger everywhere?).