Here’s an interesting topic: old country manors of nobles and merchants past. There happen to be a great many of them around Russia. For example, just in the Moscow Region, or Óblast, which surrounds the capital, there are several hundred of them. Studying and then publishing details of the histories of these places is a most curiously interesting pastime. And there are folks who devote much of their lives to such a pursuit: they check out the country piles themselves and run excursions for curious tourists. One such keen studier of mansions is Vadim Razumov, who, in 15 years studying them as a hobby, has visited a full several thousand (!) of them all around the country. For all about his findings, including some mind-blowing historical tales, check out his fascinating blog.

Last weekend, a group of friends and I were taken on a short ethnographical expedition led by him to one of the prerevolutionary Moscow Oblast mansions. It’s situated some 80km from Moscow in the direction of Minsk (i.e., westward), and it goes by the name of Usadba Lyubvino (Lyubvino country estate) -> 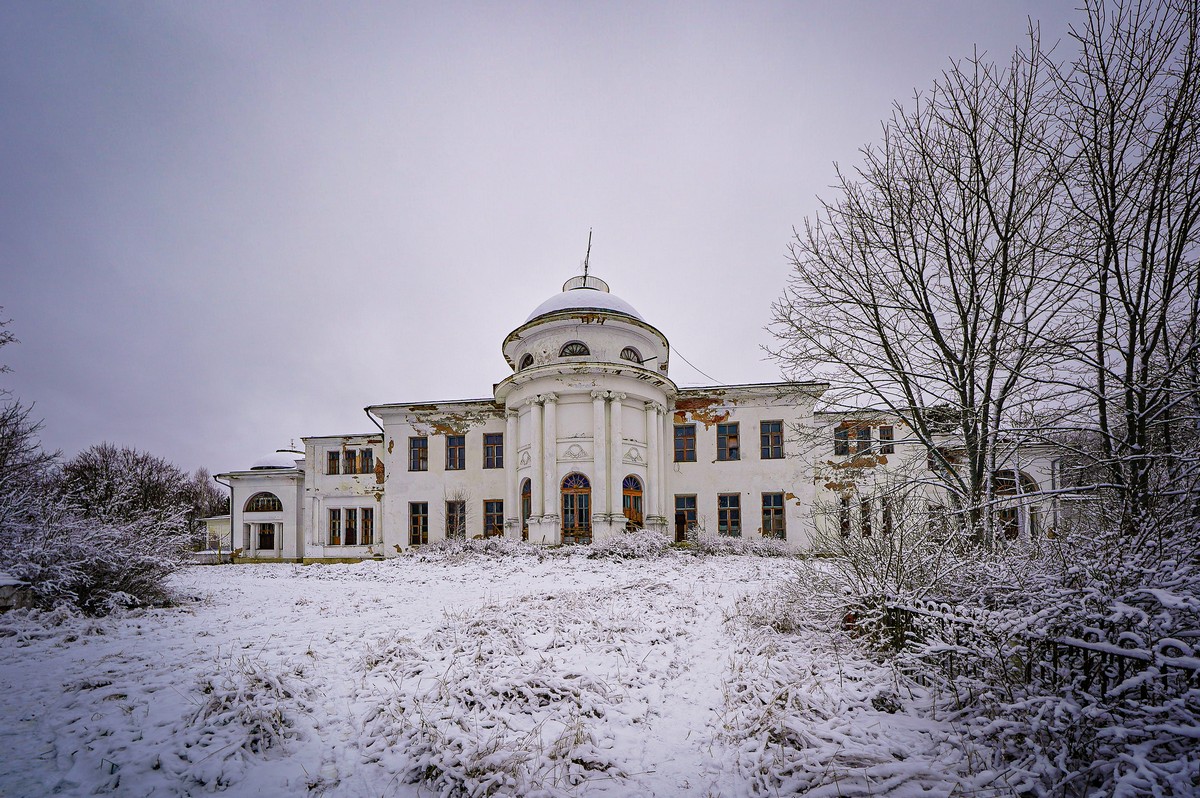 Alas, many of the prerevolutionary mansions of Russia long ago fell into states of disrepair, this one included, as you can see. Doesn’t make them or their stories any less interesting!…

The timeline-history of this grand dwelling is rather typical for manor houses in the country. It goes like this: rich individuals > construction of a classic mansion on a high bank of a river with a picturesque panoramic view > Russian Revolution > nationalization > left to rot > renovation > state-managed object > Perestroika > collapse > disrepair and neglect. Ouch. But it is what it is.

I won’t go into the finer details of the rise and fall of the estate as I want to keep this post short. What I will share with you are a few personal perceptions and impressions from our visit – plus the inevitable photos. But not just my photos taken on the day – also some taken (not by me!) before the Revolution so we can get a good ‘then-and-now’ comparison.

So – the then-and-now… when I was looking up Lyubvino on the internet, I came across a scan of the magazine The Capital and the Country Estate – from 1915! This publication today would be a thick, photo-dense glossy magazine. That’s interesting in itself, but here, today, the main thing – the first feature in it is on Lyubvino (pages two to six of that pdf)! ->

The first thing I noticed was that the trees were (naturally) much taller today than in the 1915 pics:

There’s a pic in the magazine (page five) of the above veranda-patio, and there are clear, tree-less views therefrom. Not quite so today!

The second thing I noticed – maybe it was your first – was how badly run-down it is today compared with 1915.

Still, to be honest, I have seen Russian country estates in a lot worse condition than this. You can tell that this mansion was maintained long after the revolution, and only relatively recently – toward the end of the last century perhaps – was it for some reason abandoned and left to rot. If it hadn’t, the structure – and certainly the roof – wouldn’t be so intact, and a lot more of the external plastering would have dropped than has.

I’m normally the positive one, but on this day’s excursion even I was finding staying upbeat not so easy. Such a shame this once mini-Downton Abbey looks like it does today. Still (here’s my positivity rearing once again:) it was a beautifully snowy day, so the building itself and also its surroundings all covered in the whitest of whites – all made for a most pleasing vista. We’ll have to come back in summer, I thought, and take in some of the other nearby countryside sights. That got me thinking… we need to come back in fall too: all these trees orangey red? Yes please! That got me thinking some more… We need to come here in spring too! That got me thinking yet more – we need to get back here after the place has been fully renovated, which sooner or later is bound to happen.

In fact, there are already some rumors of plans for a renovation. Ministers have been written to, jurisdictional and potential financing matters are being tabled, and the estate’s becoming a protected heritage site is also being discussed. In short – things are looking up. And, fingers crossed, in a few or several years, we’ll be able to come back… and it’ll be better than Downton – whose rotting roof was always being complained about by the lord of the manor, remember? ). 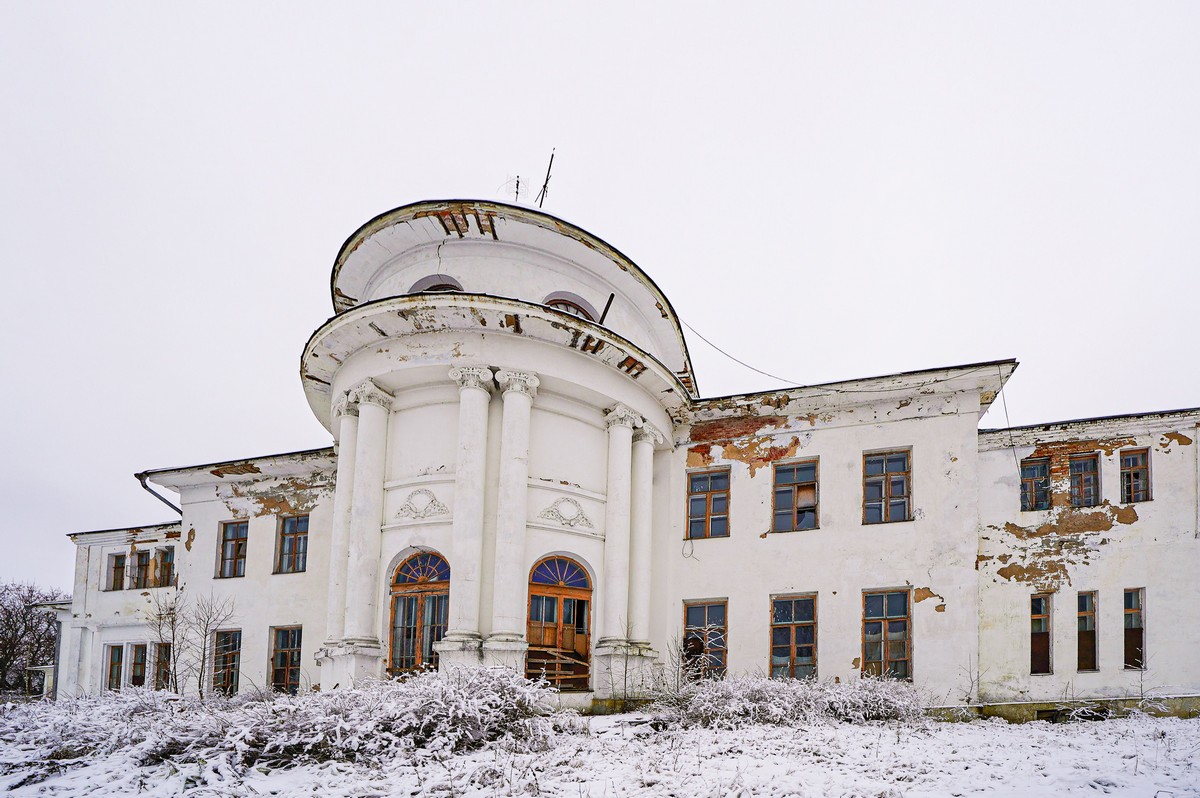