Here we are with another installment from our expedition across Altai’s… extraordinary countryside. Wait! Extraordinary – that’s accurate, but… it’s a bit banal, no? Thing is, in describing Altai’s natural beauty, I seem to be forever repeating the handful of adjectives I normally use! So, before I started this post, I thought I’d find at least one new epithet (not the disparaging kind) that describes accurately (maybe I’ll try add one more new one with each post?) the Altai Mountains. So I did. And I came up with… anomalous! Well, why not? The effect of Altai’s mountainous scenery has had a deeply anomalous effect on me – more so than any other mountainous-volcanic place in the world. And then there’s the fact that the mountains and rivers are anomalous; there’s also the anomalous natural energy here that permeates everything – the air, the water, the mountains, your soul (!) – unlike anywhere else on the planet! But I digress. Meanwhile on the River Katun…

Where we were along the Katun on this day, more than 60 smaller rivers and streams – tributaries – had flown into it. As a result – it had become powerful, wide, and high: 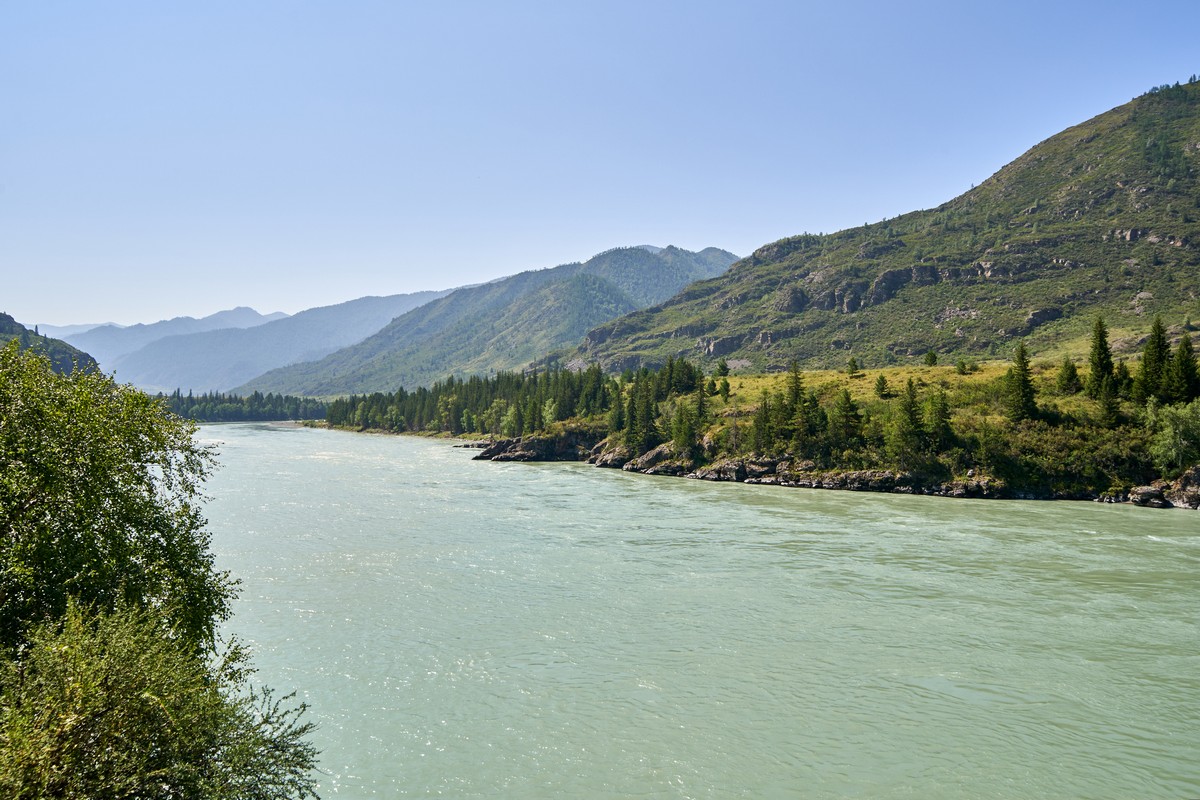 A quick look at the map tells me that here the width of the Katun is 150 meters. While in 20+km all that water will be forced to squeeze through a narrow rocky canyon of a width of just 30 meters. So it doesn’t take a mathematician to work out that the rapids in that canyon are going to be pretty darn fast and anomalous! And those same rapids have an anomalously unique name too: Teldekpen!

It was just a shame we couldn’t ‘park up’ around here – the view from the banks and the bridge would have been good.

The above pics, btw, are from the first set of Teldekpen rapids – here. We managed to raft through them without incident. But the next set, after another kilometer… 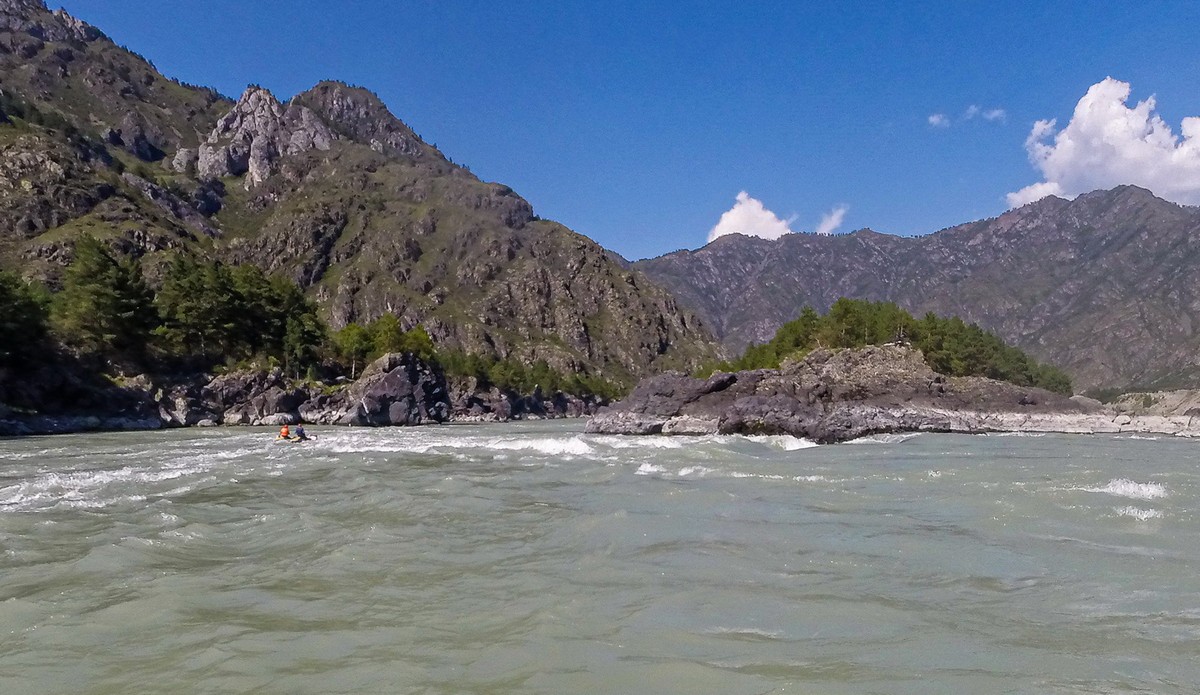 The river water is again squeezed through narrow rocky banks, and the river suddenly drops down sharply too… 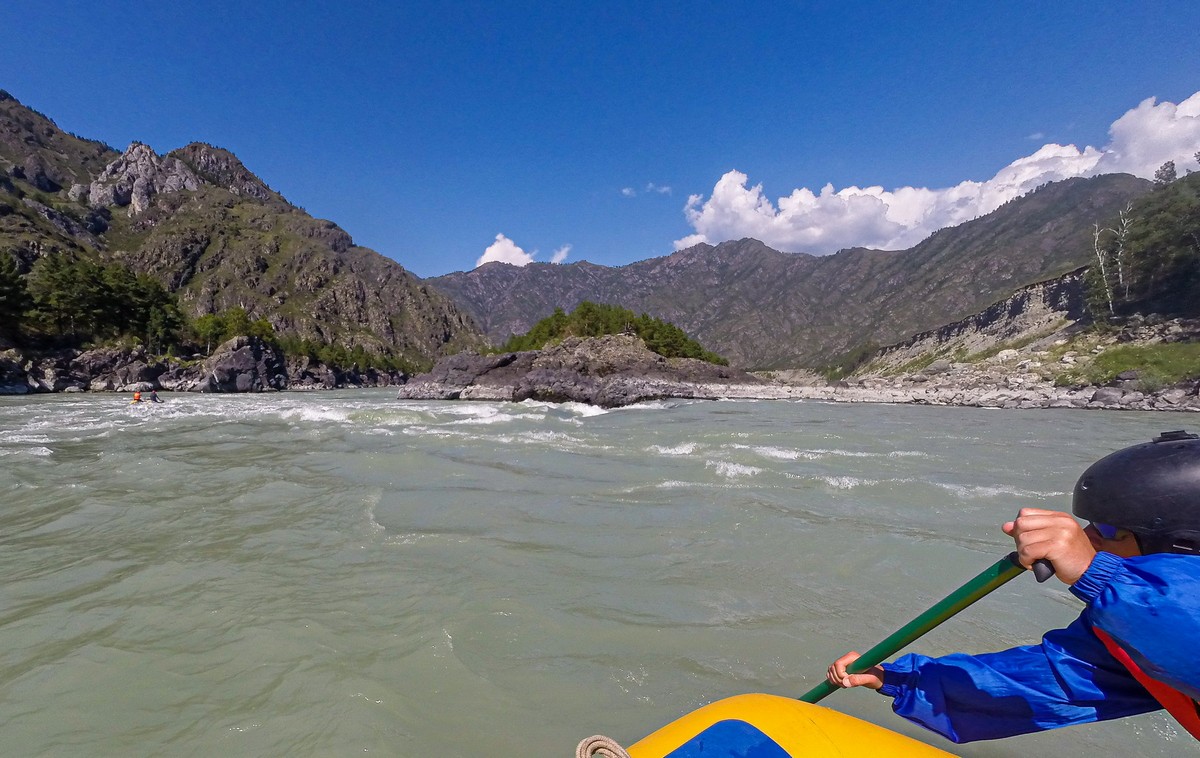 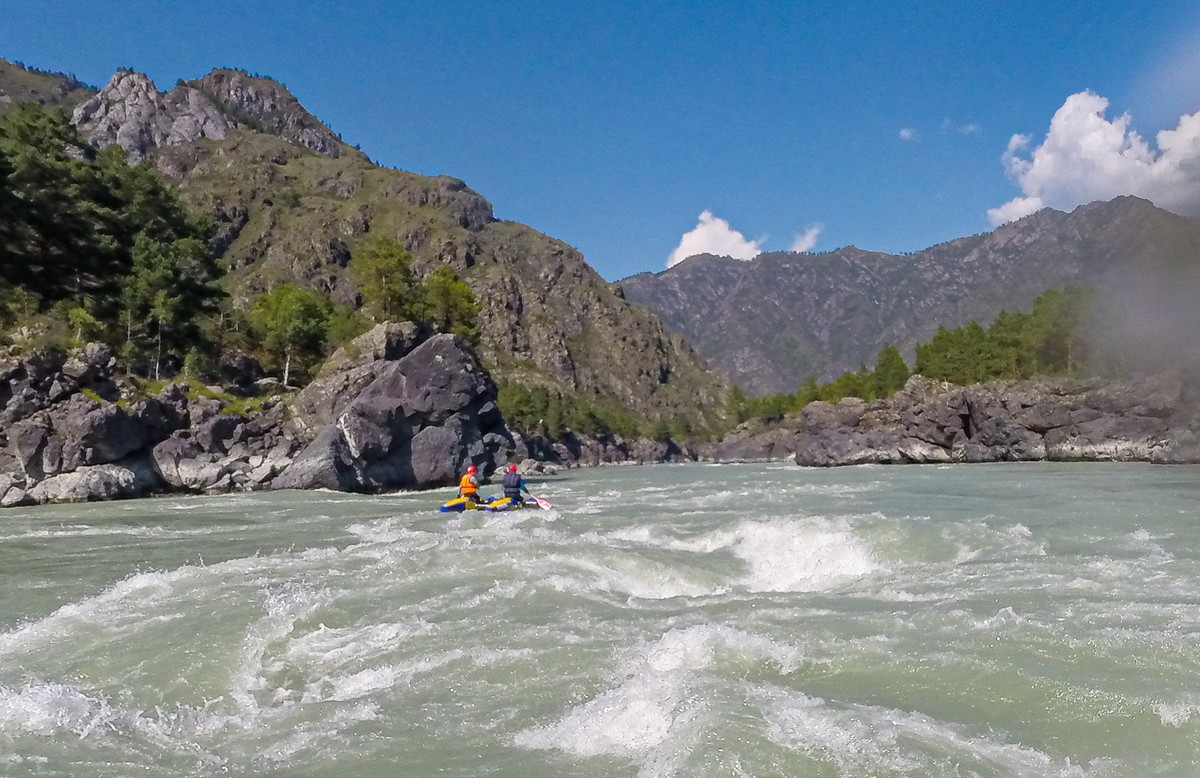 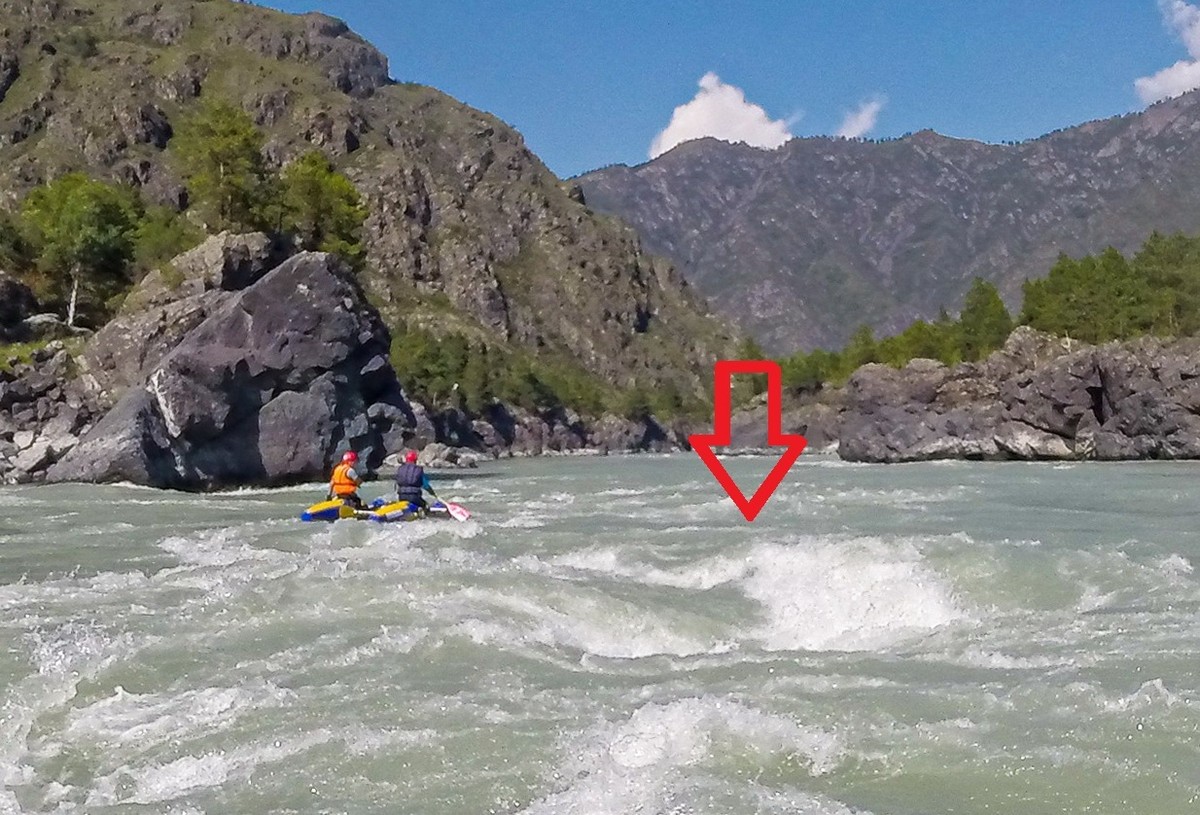 The same eddy decided to throw gallons of water into our raft. At least it didn’t turn us upside-down:

Not only did it not flip us over, it mercifully didn’t suck us under either, which can happen here, apparently (when it does, the main thing is not to panic: in a few seconds you’ll be spat back out again – although you may be 20-50 meters away from the raft!).

And that’s about it rapids-wise. I hope my photo-video-textuo material was sufficiently… anomalous to encourage at least some readers to take a walk raft on the wild side in Altai one day – to experience the anomalously mysterious Altai energy, if only to confirm the phenomenon as real and not just me making it up!

Meanwhile, we approach our final (boo!) overnight camp in Altai! Behind us – almost the full length of Upper Katun, all of Mid-Katun, and a stretch of Lower Katun. Further, the river isn’t so interesting from the rafting point of view (though some gentle rapids do crop up now and again), and from the meditation-ability point of view – hopeless: along one bank nothing but hostels and other such tourist infrastructure (curiously – to suit any purse). Occasionally a spot of concreto-industrio too. Here, for example, ugly constructions that were meant for a hydro-electric power plant – thankfully never completed ->

The Katun becomes lazy, the banks – gently sloping, the mountains – not too tall: 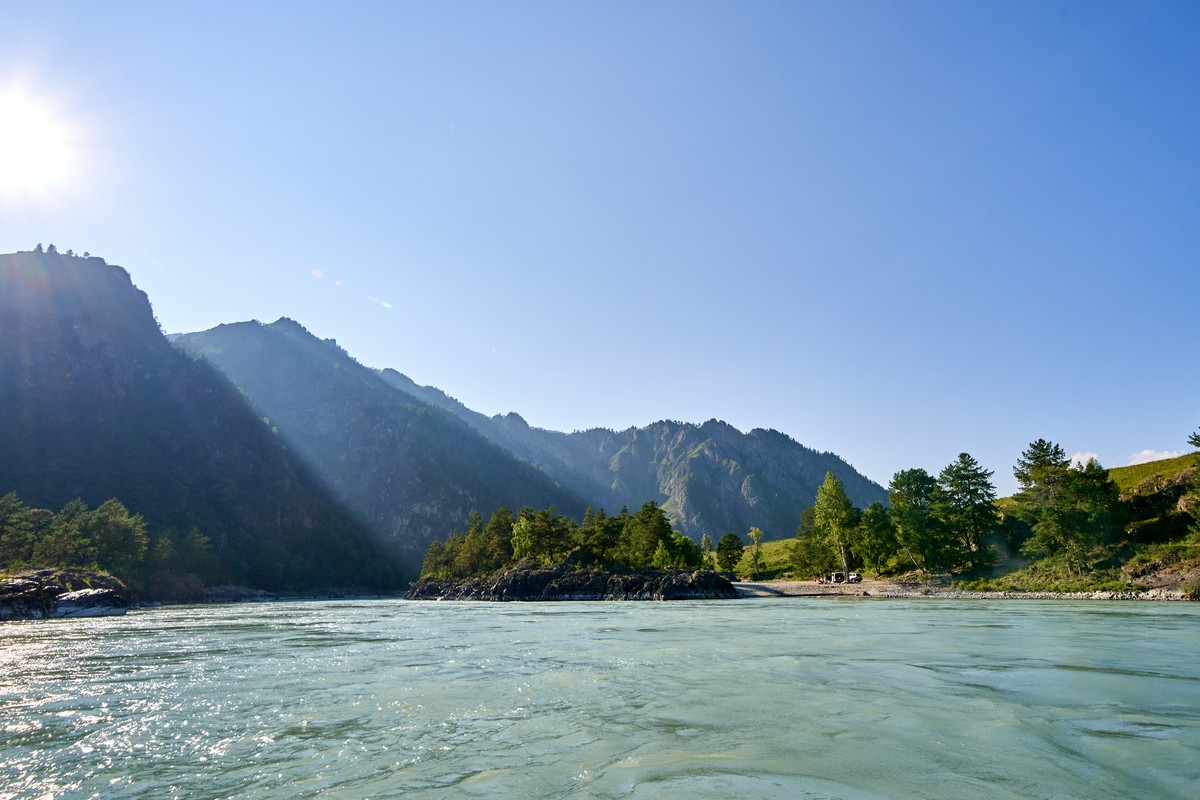 All the same – picturesque as ever… 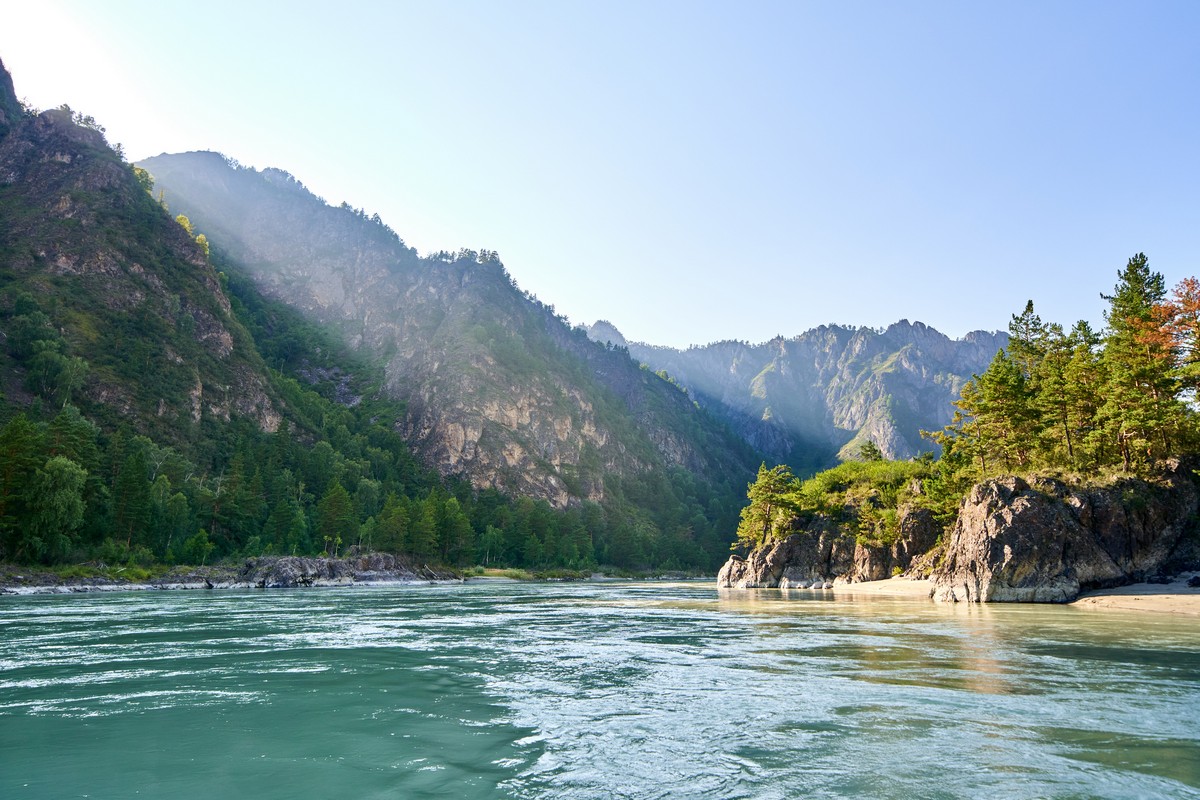 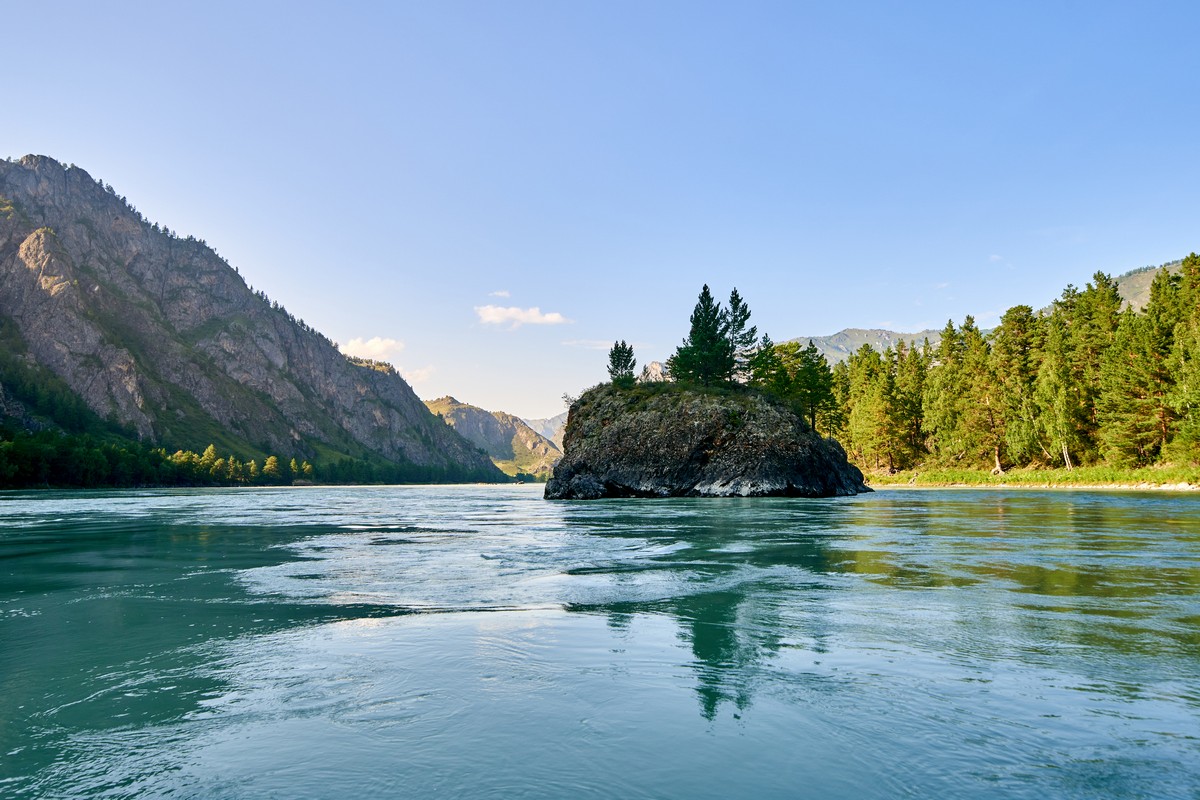 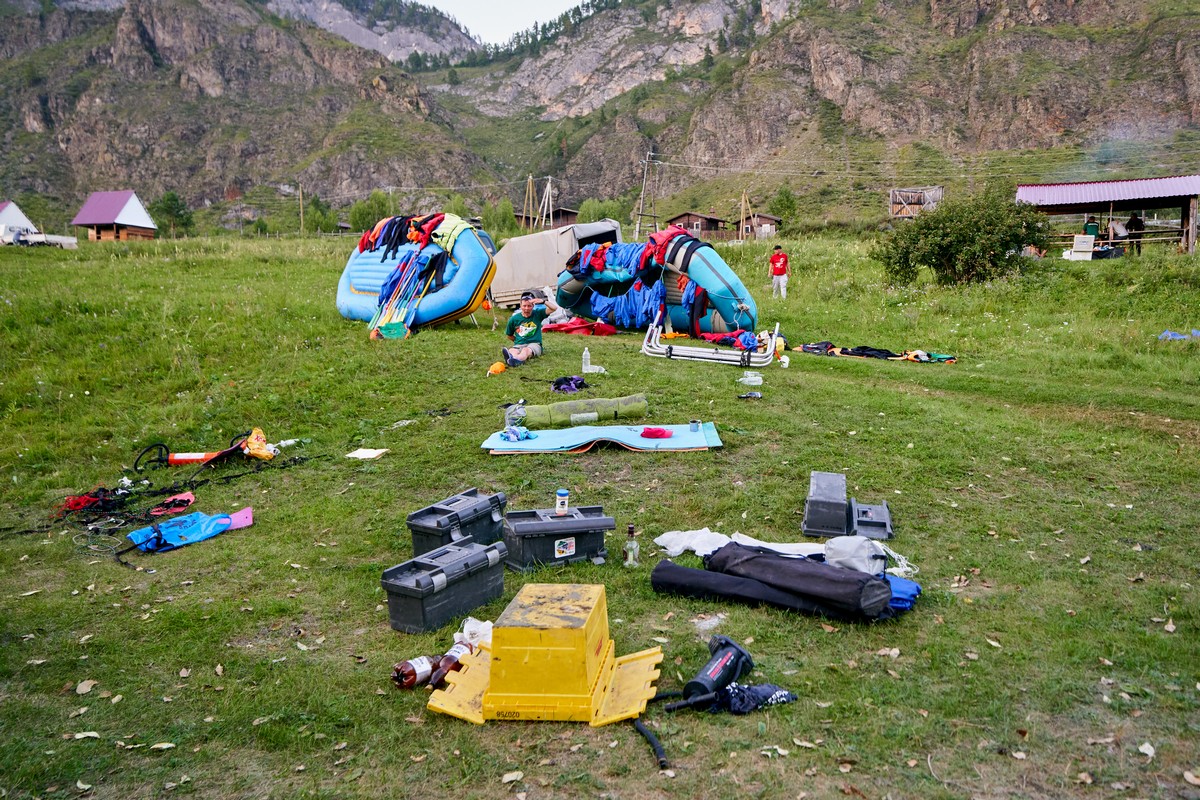 Alas, along the right bank these days (or maybe just this year?) it’s almost impossible to find a vacant spot of land to pitch the tents on. Grrr. This got me thinking. Maybe next time we should book a better camp site…

And that was that. Back into the vehicles and back to civilization!… 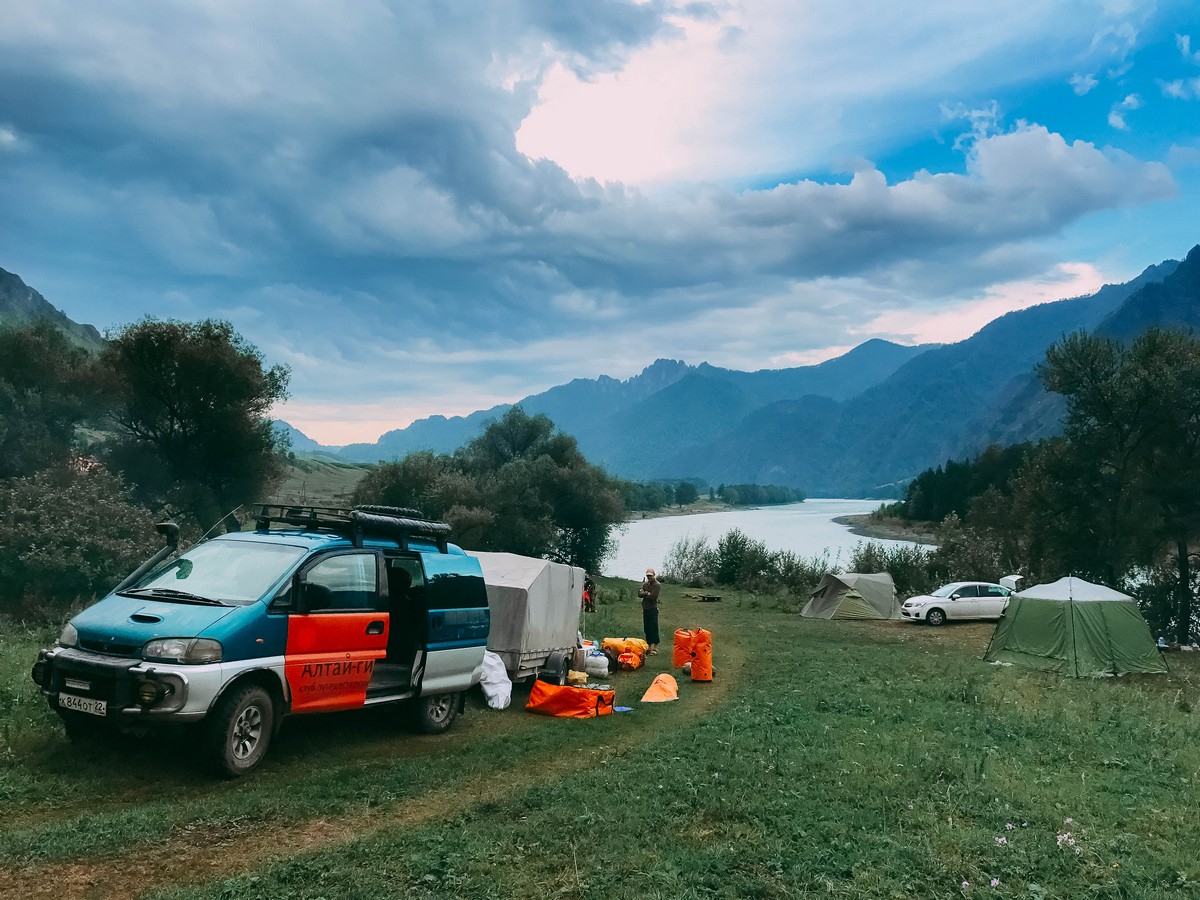 But it wasn’t quite ‘back to the airport’ just yet. It was over to a hotel featuring wood cabins for rooms. Ahhhh – luxury! After 20 days spending nights in tents, cooking on open fires, no running tapwater, no showers, no… toilets, and other such ‘back to nature’ living – this: it felt like the Ritz!

The sign there: the ‘Point of concentration of fire-fighting equipment’. And it sounds no less strange in Russian ). 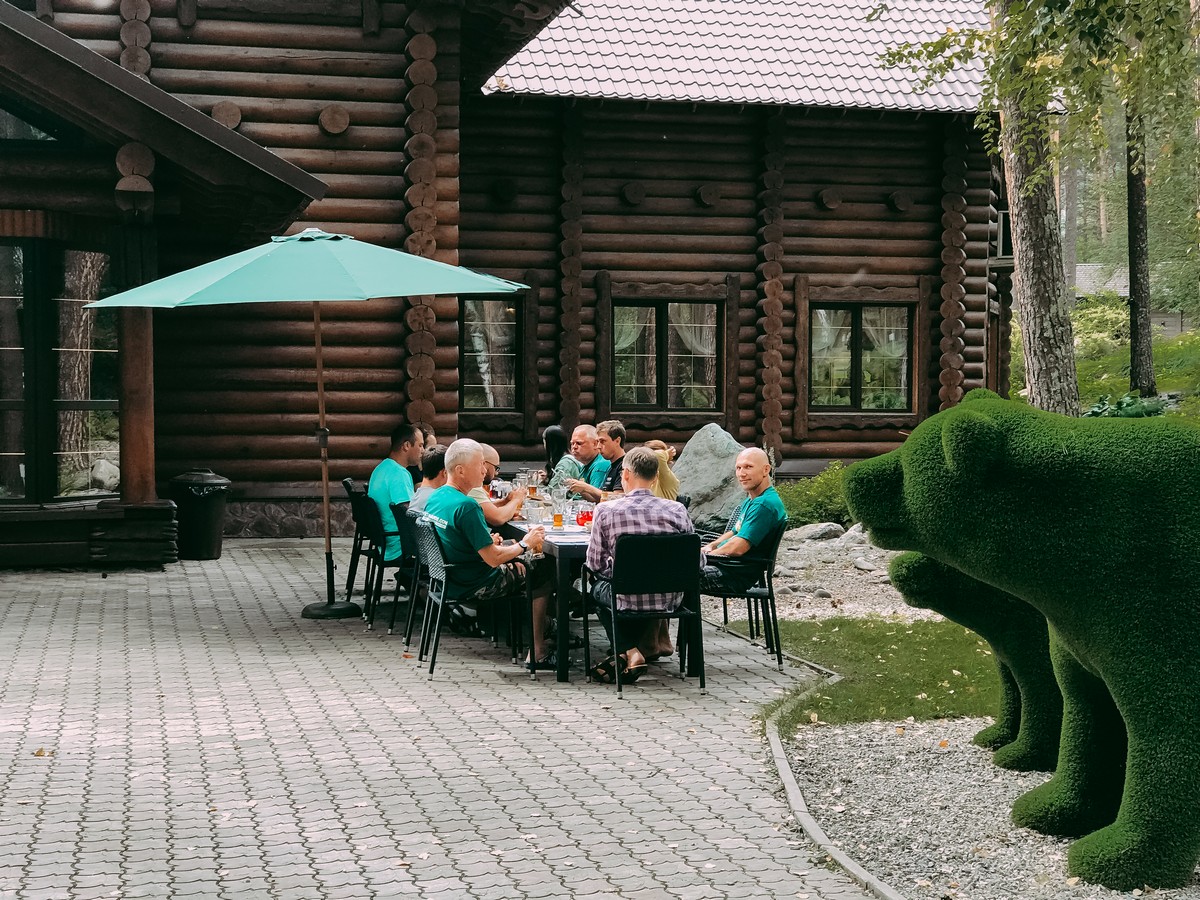 As per – there followed a brief period of decompression after the extreme-tourism. Getting used to… other folks and having a roof over your head, but mostly generally just chilling – and trying to ignore the zillion emails in your inbox that you had a peak at while reading the papers online using the hotel’s Wi-Fi!