Herewith, a continuation of my Altai-2020 tales!…

After spending the night in the tiny hamlet of Arkyt, we were up early next morning, loaded most of our stuff onto uncomplaining horses, put bare essentials (mostly photo-video kit, + warm and waterproof clothing) into backpacks for our own backs, and off we set – for five (!) days of trekking in the Altai wilderness up to Akkem Lake. As the crow flies, it’s a mere 35 kilometers; however, given the specifics of the lie of the land here, the actual distance you cover is around 85km! But it feels even longer than that – say, 100km: there are that many bends and twists and ups and downs, plus much of the way it’s quite uneven and stony. Then there are the flooded sections of the path due to the summer’s rain-overdose; we had to get round these up on steep slopes next to the path covered in bushes. The most unusual bit was where deep, soft moss covered steep sections of the path: it was almost like walking upon deep snow! This was fine when descending, but ascending – oh my grueling-stamina-test!

But for the full length of those 85km – the views all around were absolutely stunning! 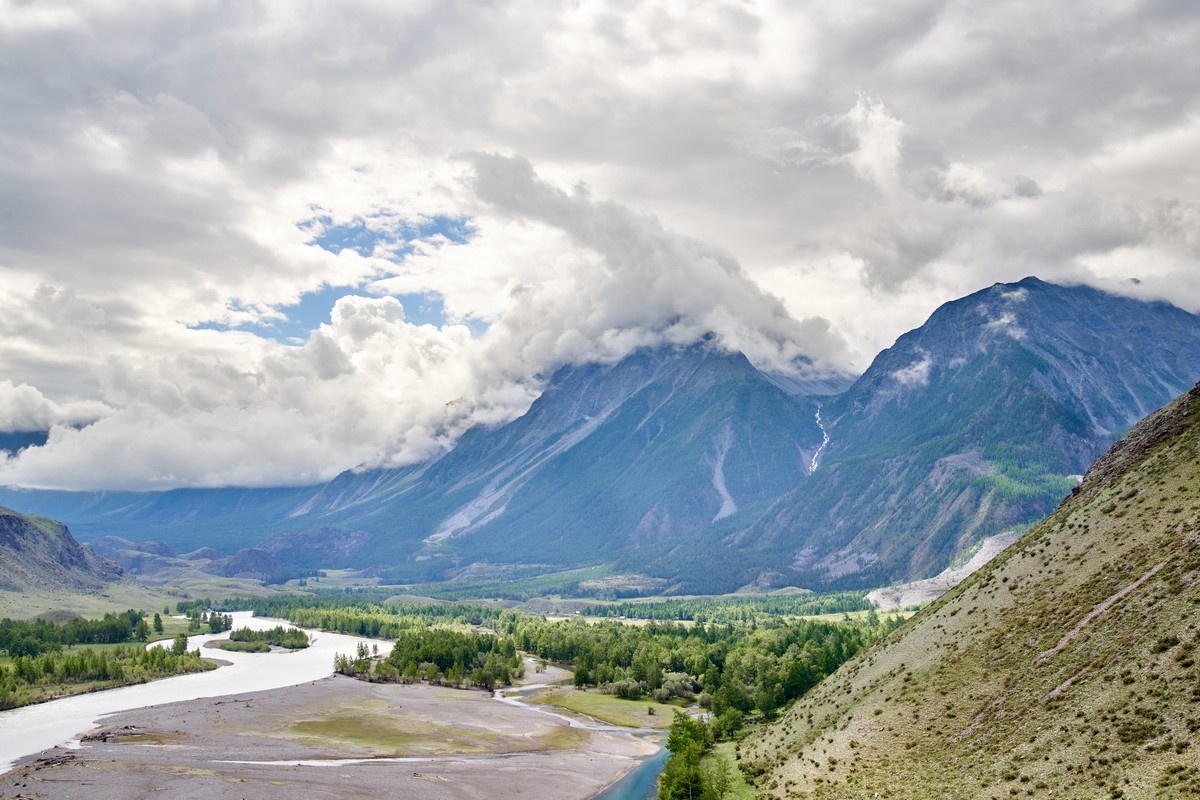 The view down the Argut valley: 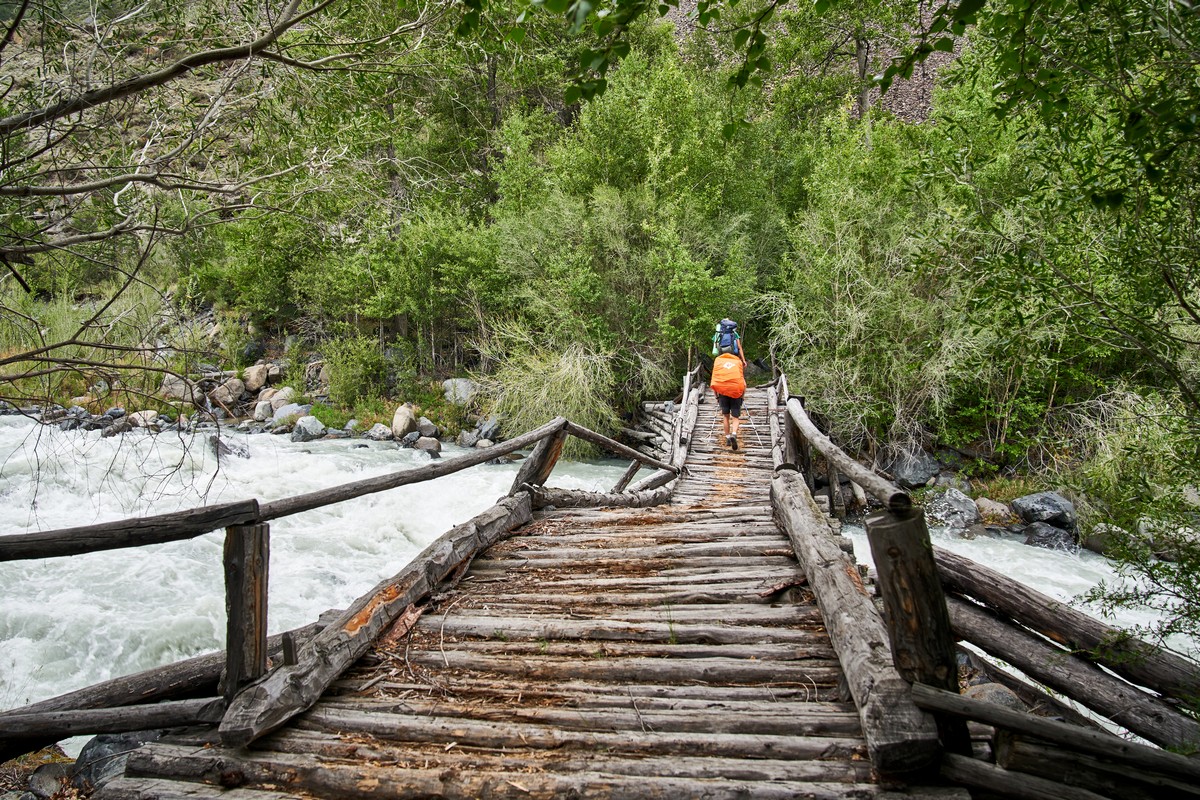 Our hotel for the night: 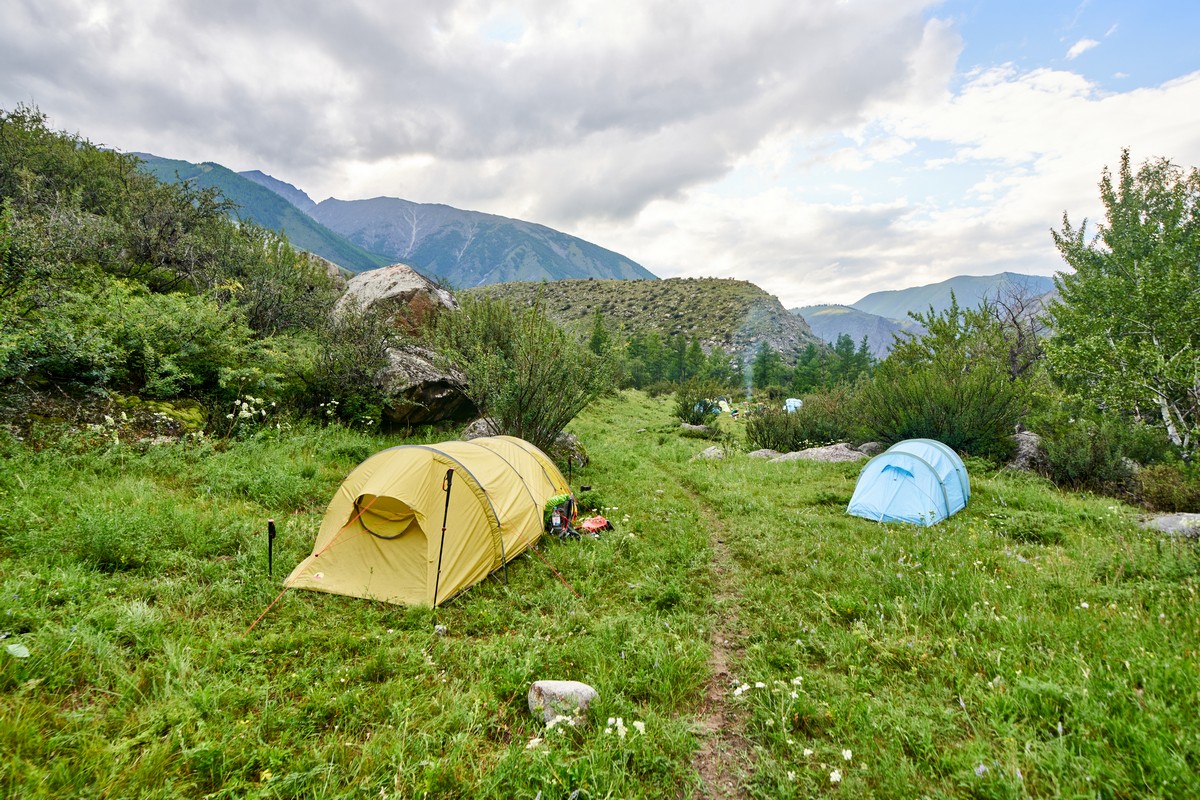 Up early – to charge the solar-powered batteries, of course ).

And like in the above-but-one pic, and the one below, that’s how we rolled – in convoy. Mostly the sun was out, but on two days it rained. There were easy stretches. There were tough stretches – like mountain passes (of which I counted three). The early stretches were mostly early on – or was it that we were fresh and full of energy early on?! Maybe not just that; the last day, for example, would have been a tough day’s treking for anyone: we rose 1800 meters, and descended 1900 meters that day! Ouch! At least the highest point was ‘just’ ~3000 meters above sea level. Adding altitude sickness to the already heady mix of over-exertion could have done us in! 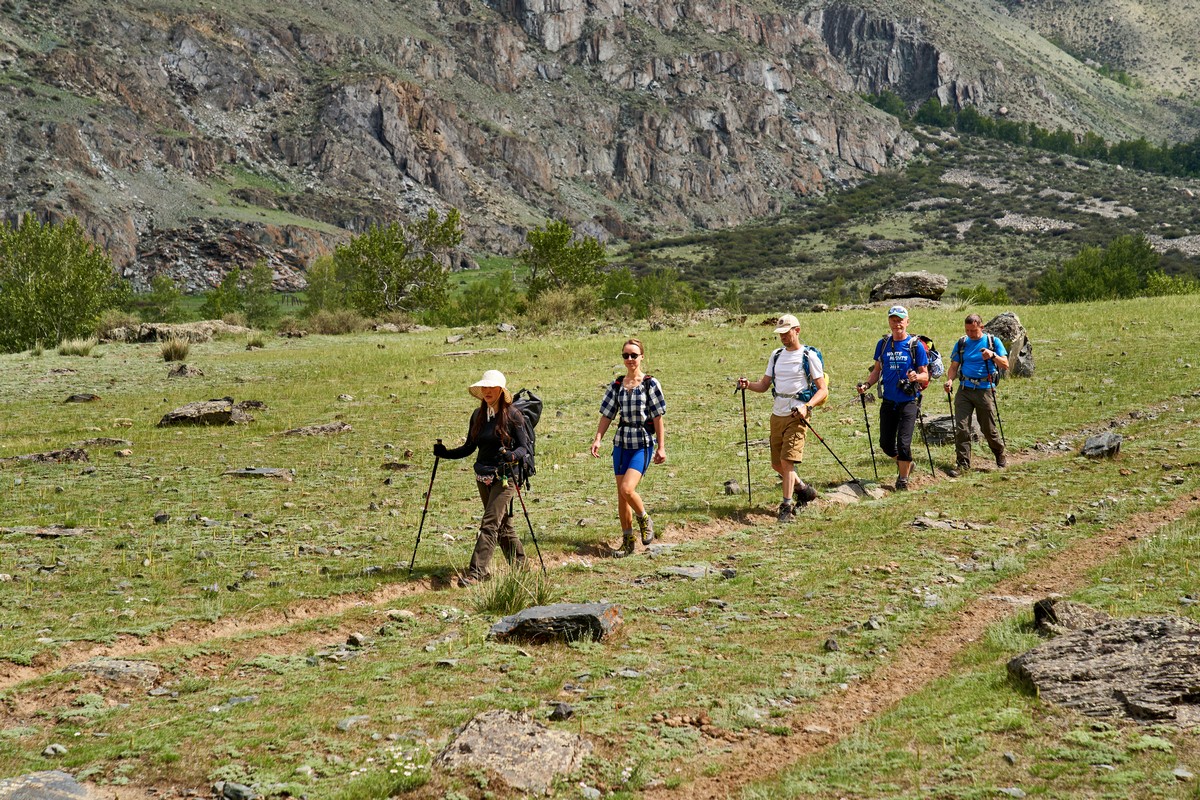 So there we were – as usual, steadily trekking our way along the path when – suddenly… 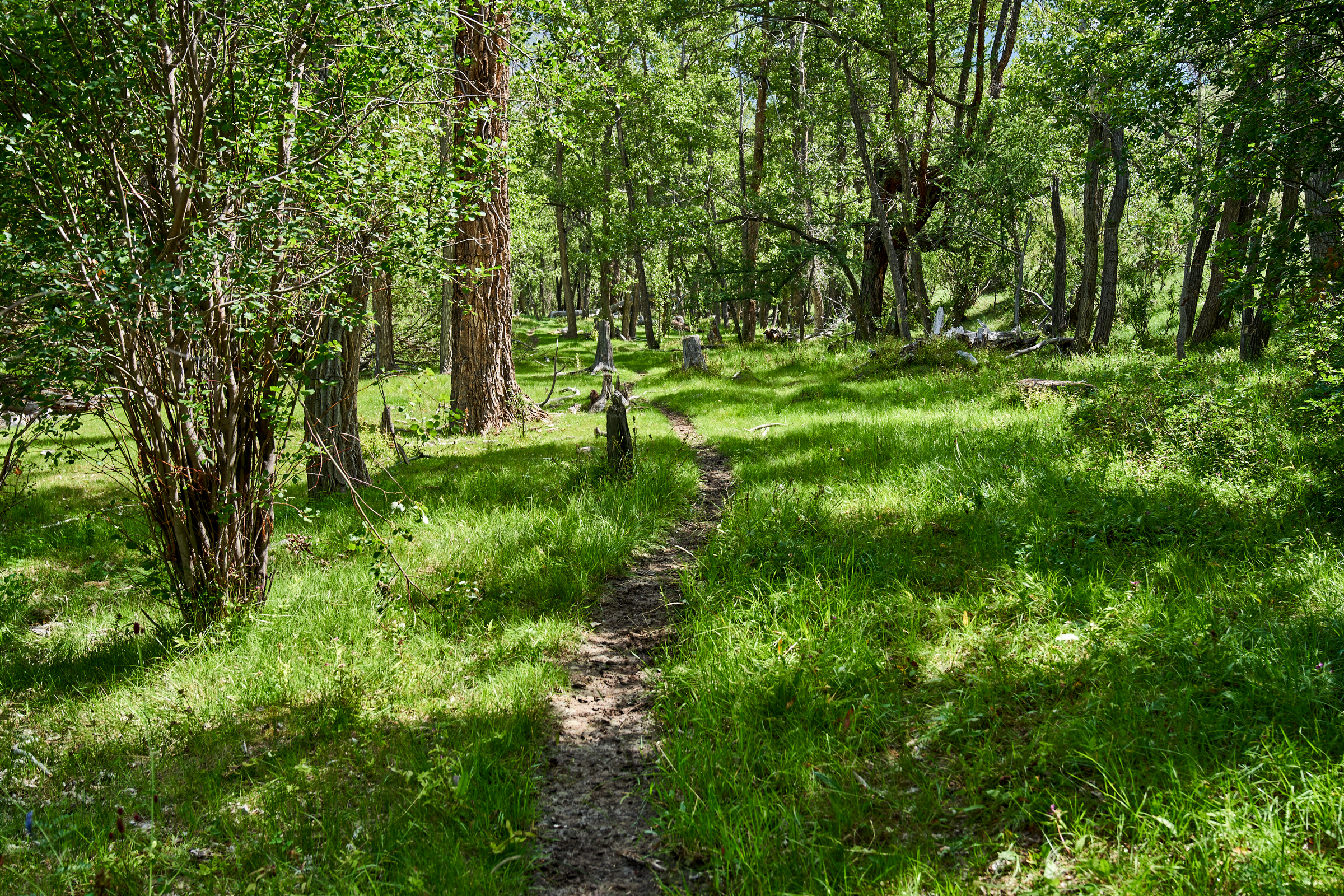 …We come across this huge boulder right in the middle of the path! 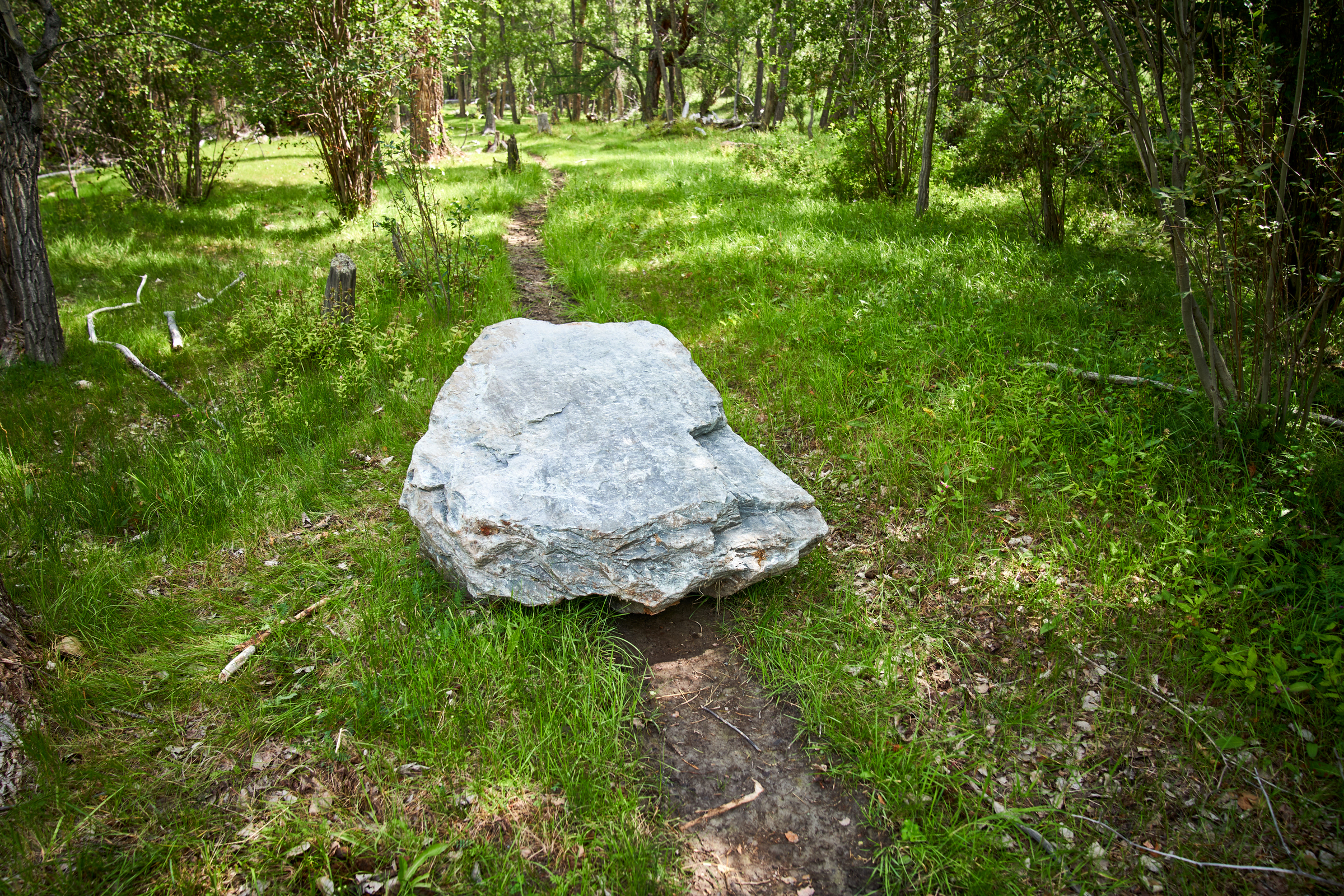 It had broken off the valley side’s cliff face and rolled all the way down to the path. It had done so not long ago too – the tree it had knocked over next to it was still fresh and hadn’t dried out. Imagine if we’d been a bit earlier trekking through here?! 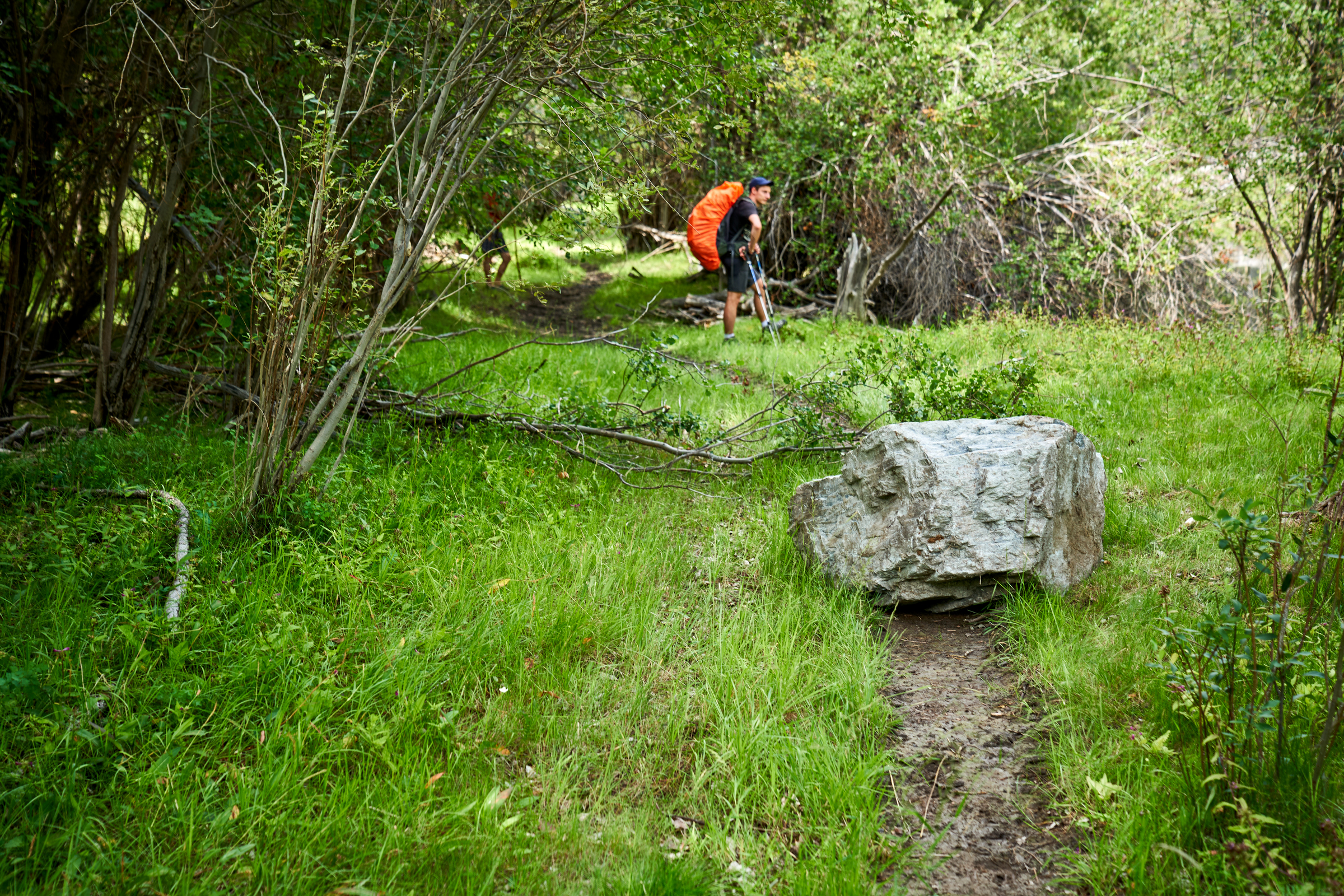 It rolled down the left-side mountain. While the mountain to the right looks like this: 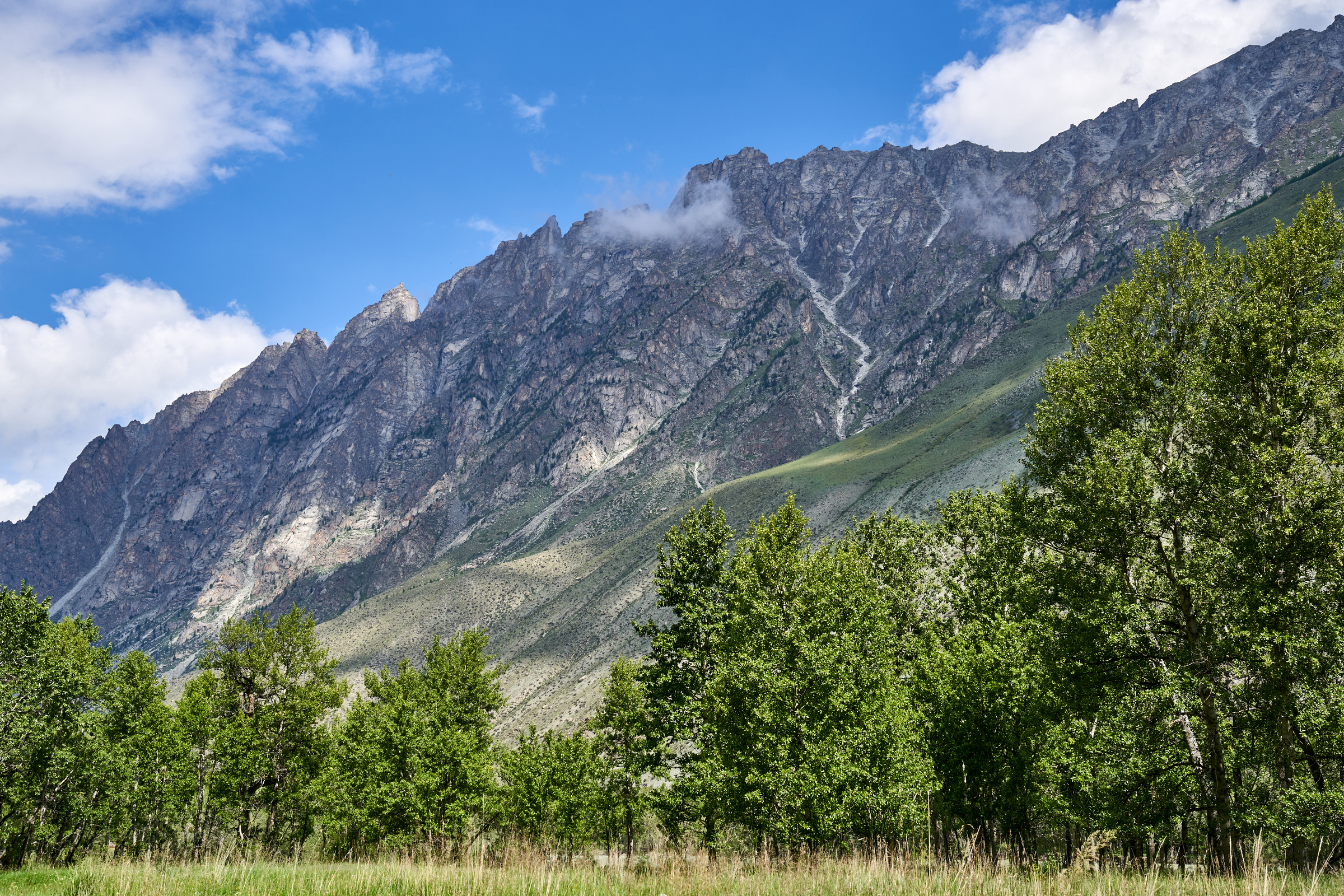 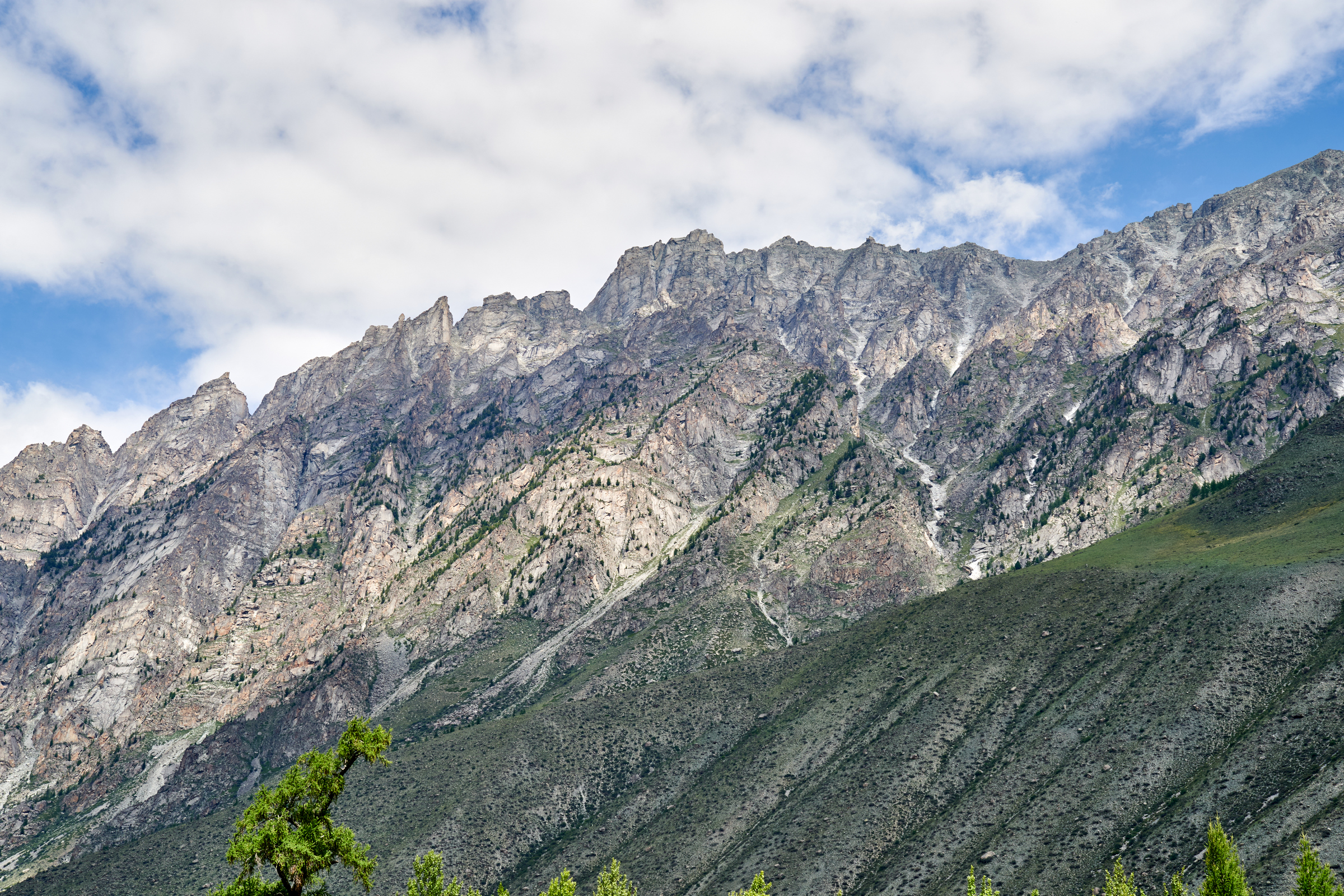 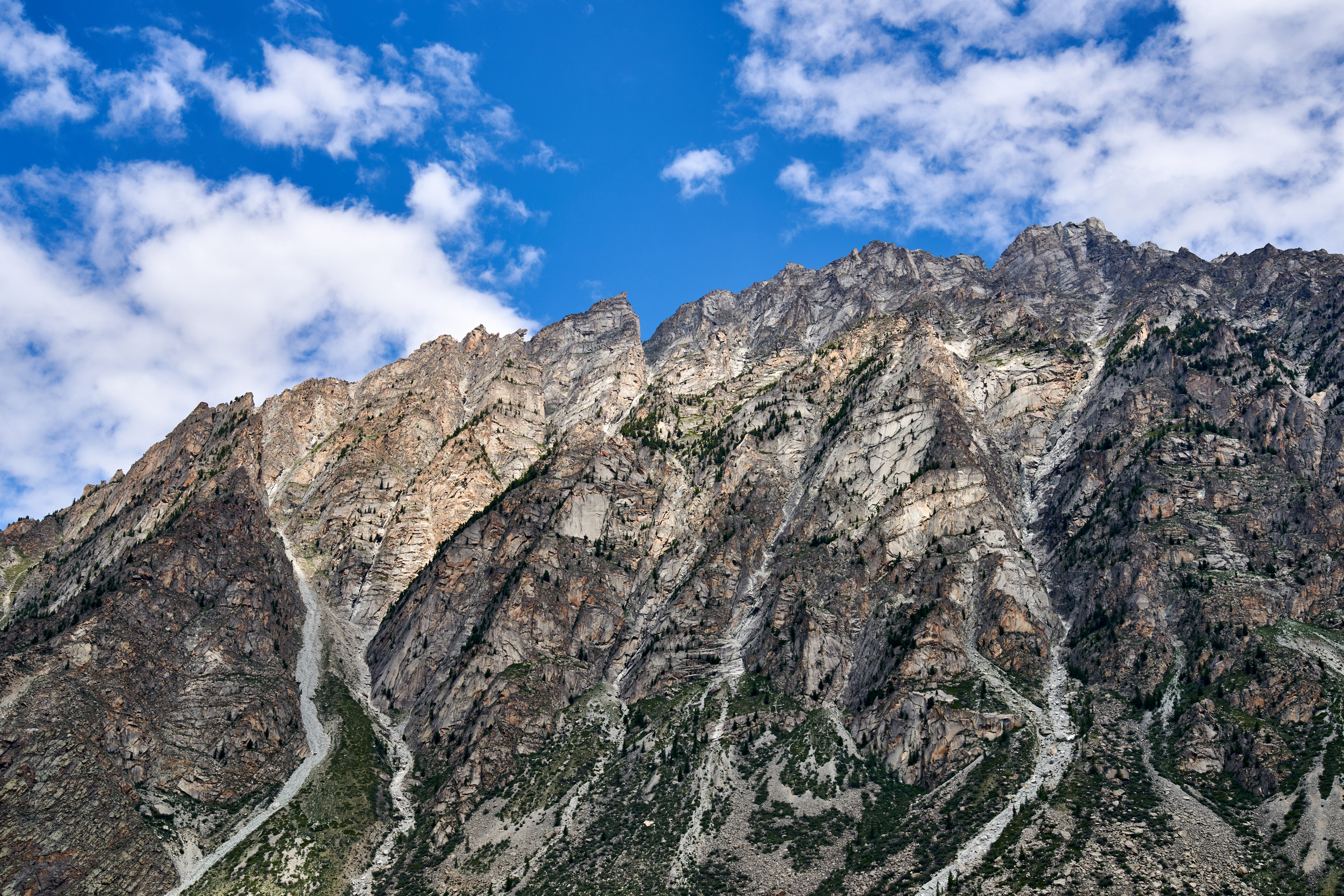 Accordingly, out came the telephoto lenses!… 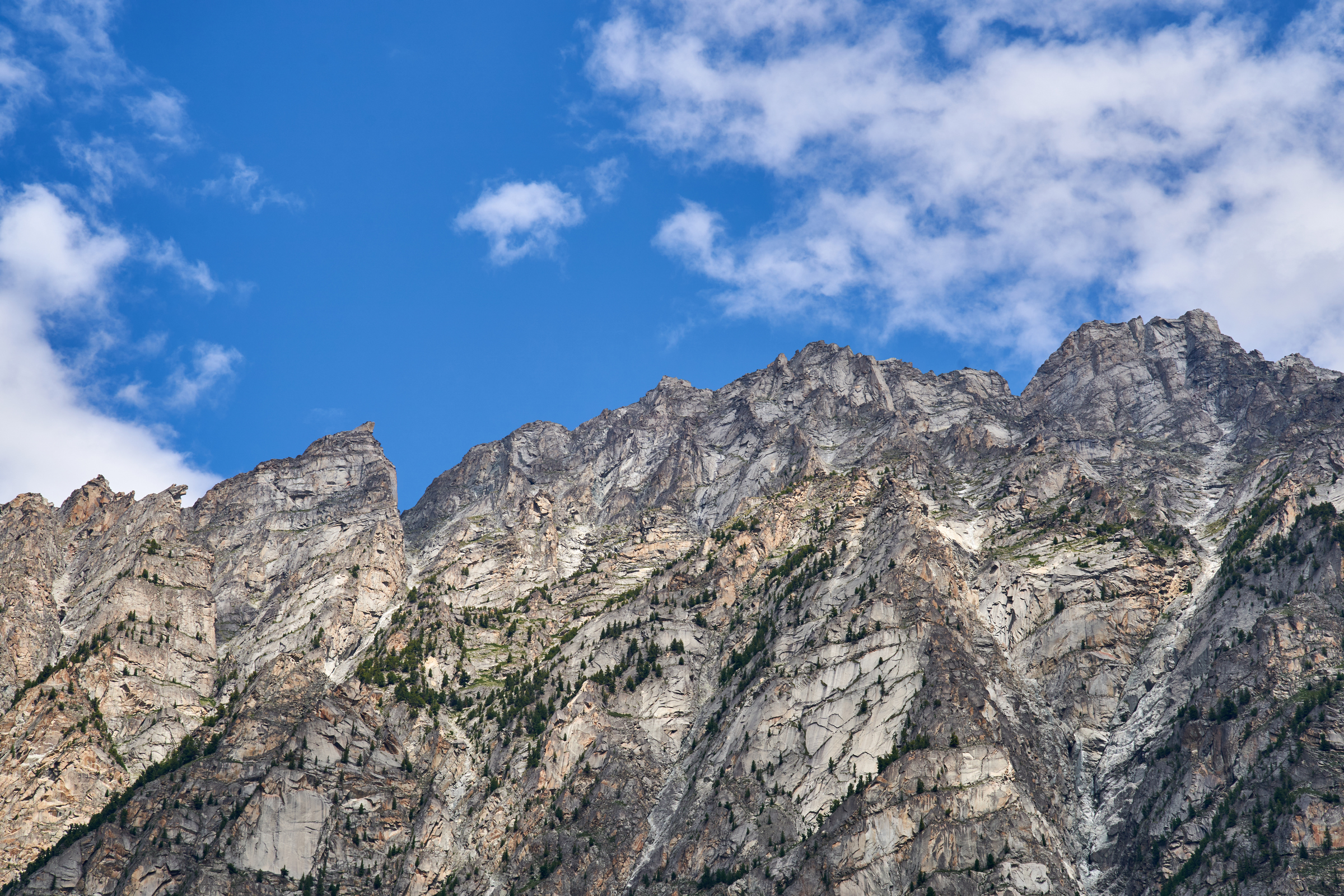 The detail that opens up – incredible: 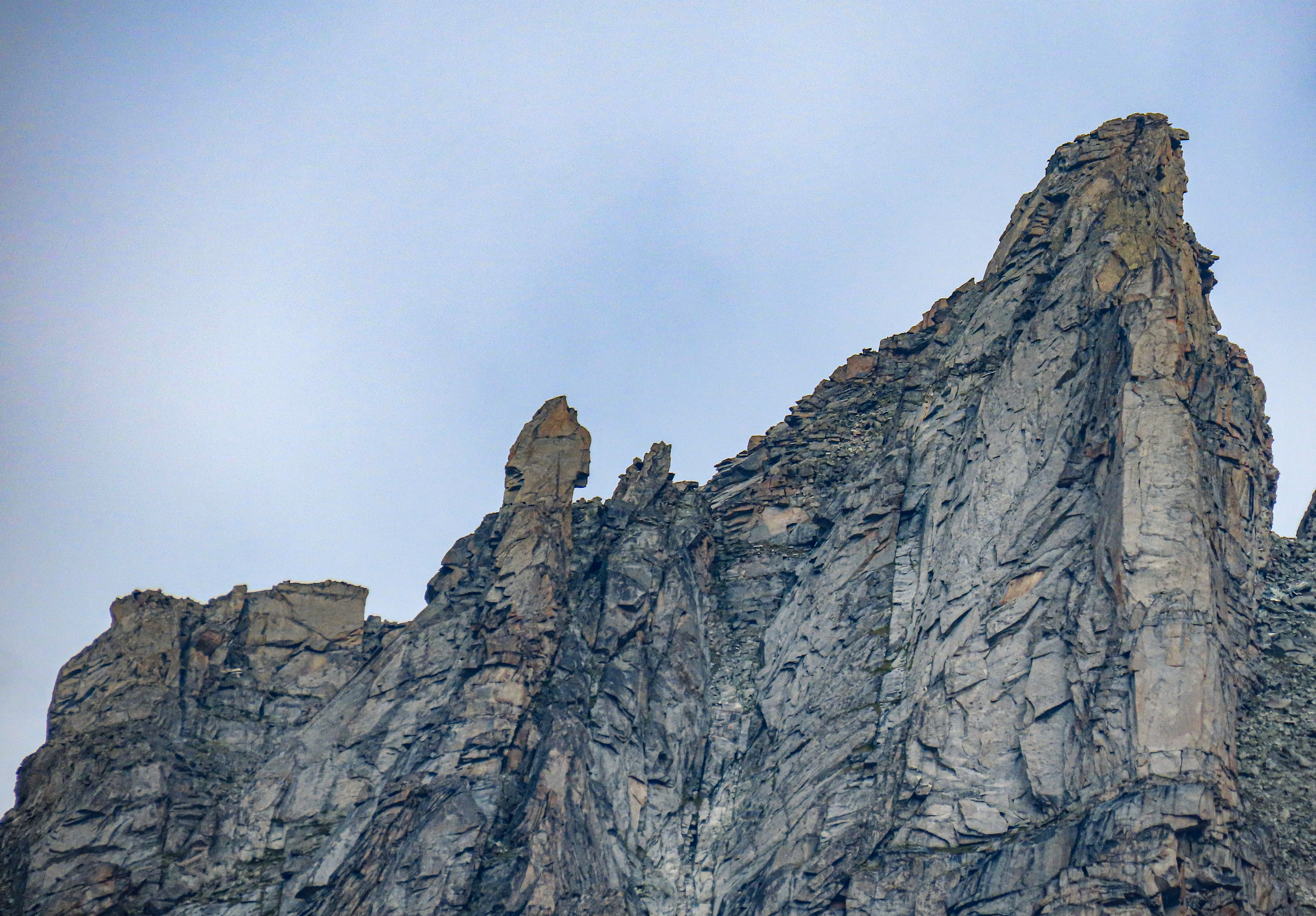 I wonder if anyone has been crazy enough to have climbed up this rock face?