We’d just started getting used to – even comfortable with – working from home every day and to ‘social’ distancing (wouldn’t ‘physical’ distancing have been a better term?:). Our partner conferences and other events had only just got back up to pre-lockdown scale in terms of the number of folks taking part – albeit online. I’d just gotten used to 10/15/20 kilometers of running of a morning before breakfast. In short, everything was going in one direction. But then the other day, out of the blue, suddenly things seemed to slam into reverse when I was asked, via the good K folks in our PR department, to do an interview – ‘on camera, in the office – tomorrow please!’. Well, well. All righty!…

Indeed, it looks like were heading back, slowly, to ~normality, despite the masks and sanitizer, after months without normal daily social interaction in person. Part of me thinks: ‘Good’ – let’s get back to work‘ (a fave phrase of mine). Another part of me recalls: ‘But, we have been working – as normal – throughout the whole of lockdown!’. Still, I do miss the office – seeing people, being among people, talking to people in person, as I’m sure many do, despite some of the upsides to working from home which surprisingly became apparent.

Anyway, the other day, I gave my first physically face-to-face interview in over three months. It was about one of our (cloud-related) business partnerships. Hmm – actually, it wasn’t quite ‘face-to-face’; it was ‘mask-to-mask’ – for practically the whole film crew and interviewer, of course, were masked up. I suggested to them that I join in and put one on, but they didn’t fancy that idea much. Still, as you can see, the ‘social distancing’ (even ‘distant socializing’ might be a better phrase:) rules were strictly followed. 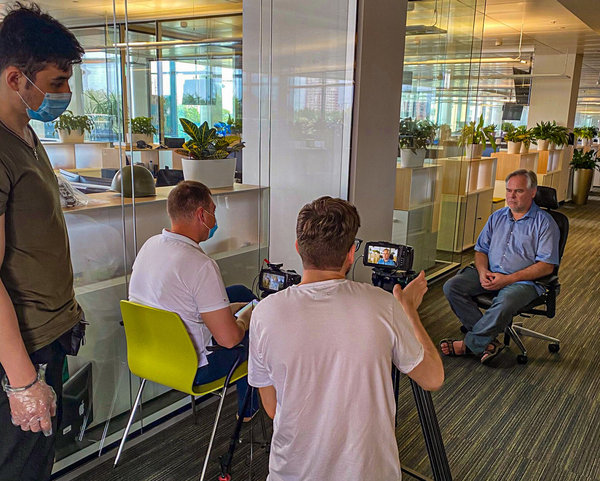 Just before – another blast from the pre-corona past: make-up! Also in gloves and mask: 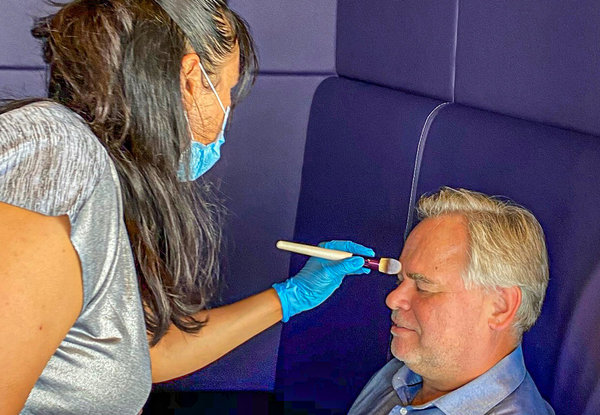 Don’t pay any attention to my seemingly miserable face (in both pics!). I was simply deep in thought conjuring up the best ways to answer the questions I was expecting (I was out of practice on this, too:) 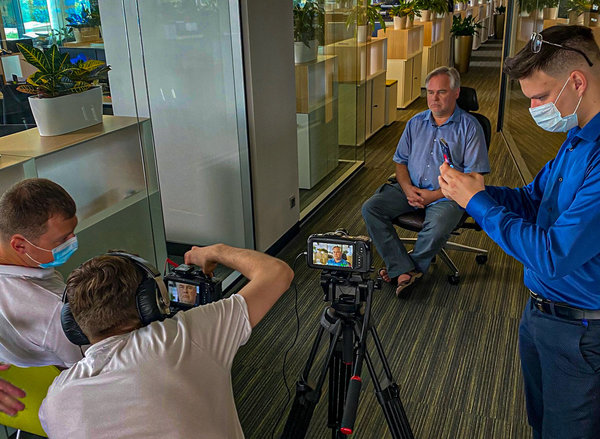 It’s a shame there are no pics from minutes later: I was all smiles, chuckles, story-telling… transparency, telling-it-straight, and not being caught out by unknown, sometimes tricky questions. And before you could say ‘one day, everything will be in the cloud’, it was over: done, dusted, sanitized. Our PR folks sighed in relief – and I think I did too. In all it went well – and it was good to be ‘back’!

So, this was my first palpable step ‘back to [the new] normal’. It was strange but refreshing. I’m sure your first steps will be (or have been) too. Just take your time (if you can), and stay vigilant!…