NB: With this post, about a place I visited before the lockdown, I want to bring you some positivism, beauty, and also reassurance that we’ll all get the chance to see great different places again. Meanwhile, I encourage you not to violate the stay-at-home regime. Instead, I hope you’re using this time for catching up on what you never seemed to find the time to do… ‘before’ :).

And now for a bit about Tasmanian… prison history!

Since Britain would send its convicts to Australia, Tasmania received quite a few too. And it just so happens that here, on the Tasman Peninsula, the prisons were among the most strict, high-security and harsh – where the most hardened, twisted criminals of the evilest kind were sent. Eek.

Not that the peninsula was chosen randomly. It is attached to the mainland via two narrow necks of land (surrounded by endless ocean) – much easier to guard and keep jailbreaks in check. One of the necks – Eaglehawk Neck – even had a ‘Dog Line‘ across it: two dozen vicious dogs tethered up in a line across the Neck from shore to shore, and out above the sea on platforms (so escaping convicts couldn’t try dodge the dogs via the sea). Of course – as per the custom in Tasmania – it’s now a tourist attraction.

Old wooden buildings from the prison era are carefully maintained. Of course keeping them in a reasonable condition is helped out by the customary clement weather here. 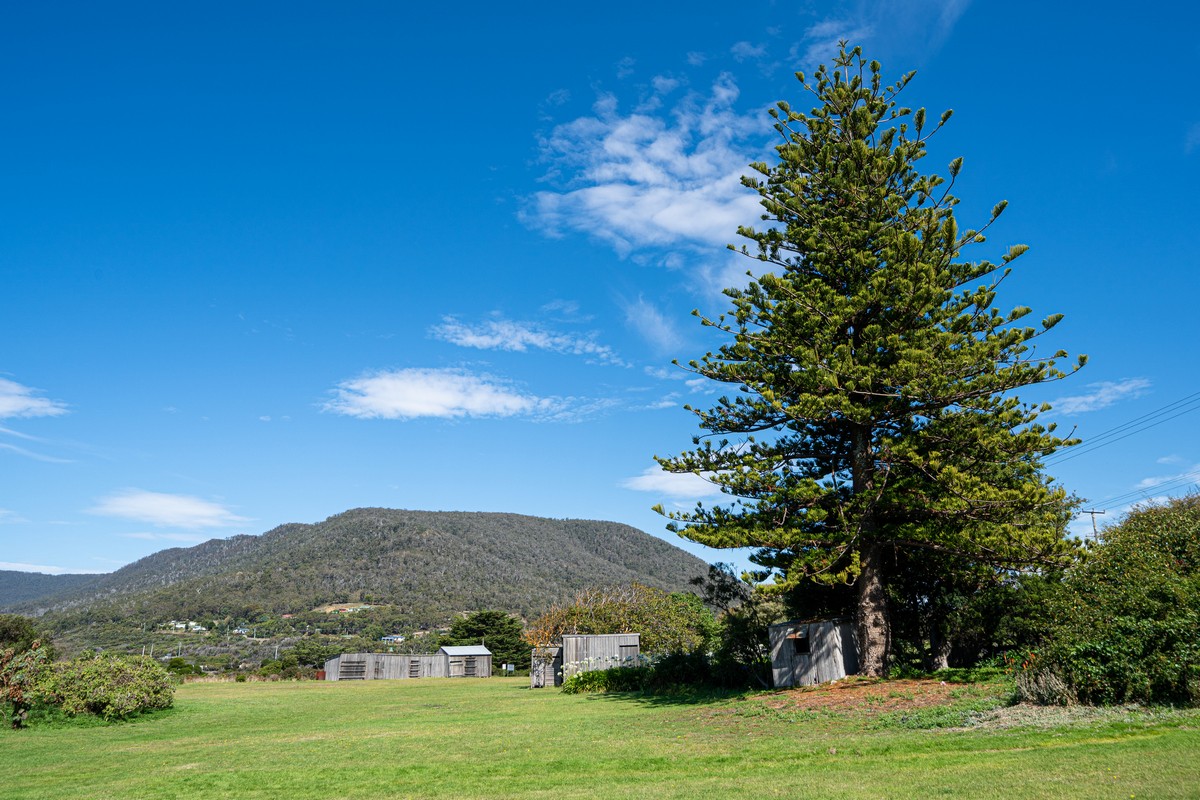 My travel companion, OA, read up on the prison theme, and this is what he found out:

The most famous prison of the island is the one in Port Arthur, which held only the most hardened of repeat offenders, and which became known as the prison it was impossible to escape from. The rugged lie of the land here was deemed ideal for a prison – there was practically nowhere to run away to, there was the Dog Line you mentioned, and there were plenty of guards too, placed well apart – who employed a somewhat advanced-for-the-times flag semaphore to communicate among themselves.

Nevertheless, a few escapes did occur. Perhaps the most audacious was the one in 1839, when a group of convicts took advantage of a thick fog to steal the ship of the prison commandant, Charles O’Hara Booth, and sail off! Passing the guards while already out to sea, one of the convicts even struck the usual proud, shoulders-back pose of Booth up on the bow of the ship – Booth often would use his vessel to inspect his prison from the sea.

The convicts remained on the run successfully for several weeks, sailing along the shores, stopping only to burgle farms. At one point they were stopped by law enforcement, but they made up a story that they were the search party looking for – themselves! More audaciousness! However, their luck was soon to run out: eventually they were caught – and later executed.

// Our guide told us a version in which they made it as far as Australia – 700km away, and that they weren’t executed but sent to other prisons; if they had been hanged they’d have become heroic martyrs.

Luckier was the fate of Martin Cash – a career criminal known best as the first man to ever swim the Eaglehawk Neck bay, despite it being rumored to contain sharks; and he did so twice! All his attempts at escape ended by his being eventually caught, but by some miracle he escaped the hangman’s noose. He even went on to dictate his autobiography, which became a bestseller in 1870.

But perhaps ‘the most infamous incident, simply for its bizarreness, was the escape attempt of one George ‘Billy’ Hunt. Hunt disguised himself using a kangaroo hide and tried to flee across the Neck, but the half-starved guards on duty tried to shoot him to supplement their meager rations. When he noticed them sighting him up, Hunt threw off his disguise and surrendered, receiving 150 lashes”! – Wikipedia.

Perhaps the most disturbing place in Port Arthur was the so-called Separate Prison – a panopticon modeled as per the theory of philosopher and social theorist Jeremy Bentham. Living in a single cell, each prisoner was deprived of all interaction with others and had to remain silent… always! Instead of their names they were given a number to go by. And they had to wear sack-masks over their heads the few times they were allowed out of their cells. Such a ‘humane’ system promised full repentance; in fact it just made the inmates physiologically very ill indeed. Rumor has it it was so unbearable they committed murders in order to be sentenced to death. Oh my ghastly.

These days Port Arthur and a few other Australian prison settlements have UNESCO World Heritage status!