Next up on our Tasmanian tour – red rocks. Actually, regular gray-colored rocks, but with an orangey coating. Like this:

These pics were taken at the Bay of Fires, named, curiously, not after the fire-colored rocks… 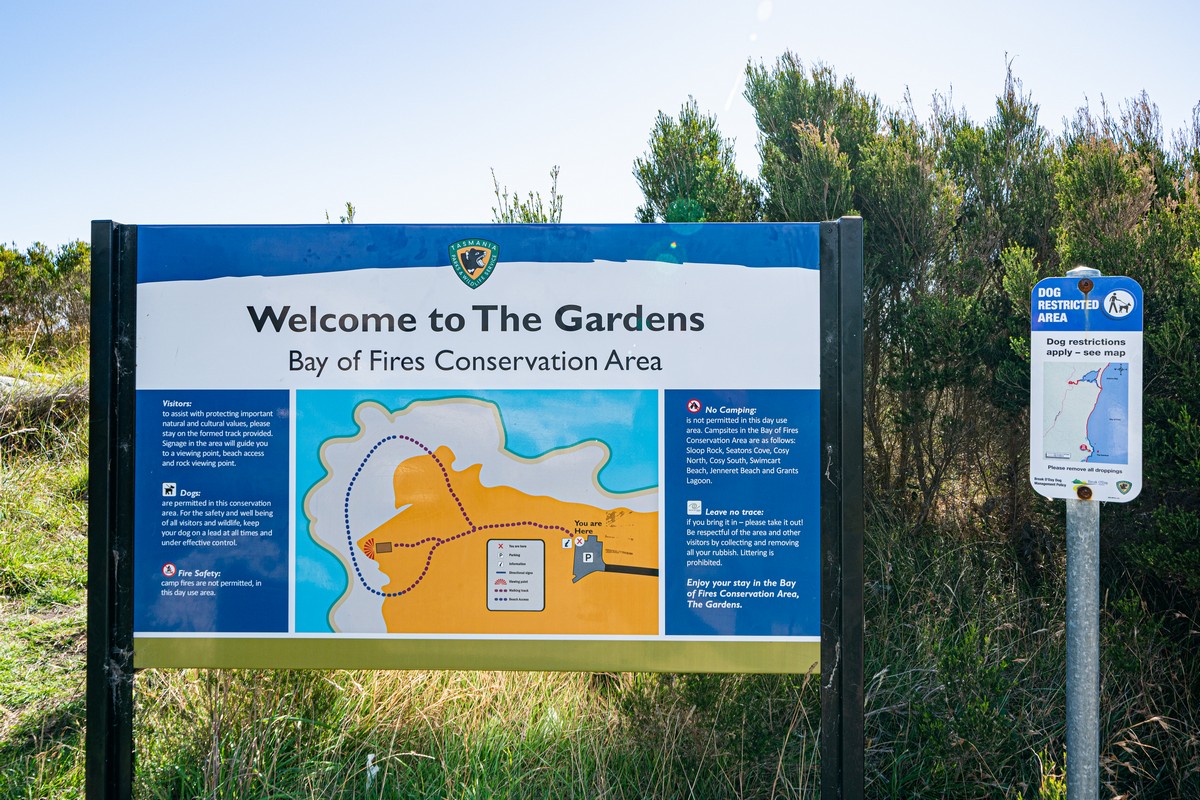 I hand over the blogging reins for a short while to my travel companion, OA, to explain:

The orangey-reddy color on the rocks is of the lichens that grow on them. (Lichens are an extraordinary product of the symbiosis of seaweed and fungi, btw.) But the name of the bay actually comes from Captain Tobias Furneaux who in 1773 saw many an aborigine’s fire on the beaches, and so named the place Bay of Fires.

Btw: Furneaux reckoned the island must have been densely populated because of all these fires. However, when the British began colonization, in 1803, there were just several thousand. Thirty years later: there were just 400. This last 400 were then sent off to the Furneaux Group of islands (named so by James Cook) off the northeast corner of Tasmania and eventually they all died out, probably through the imported diseases the ‘civilized’ colonialists brought with them.

Next up – Wineglass Bay: 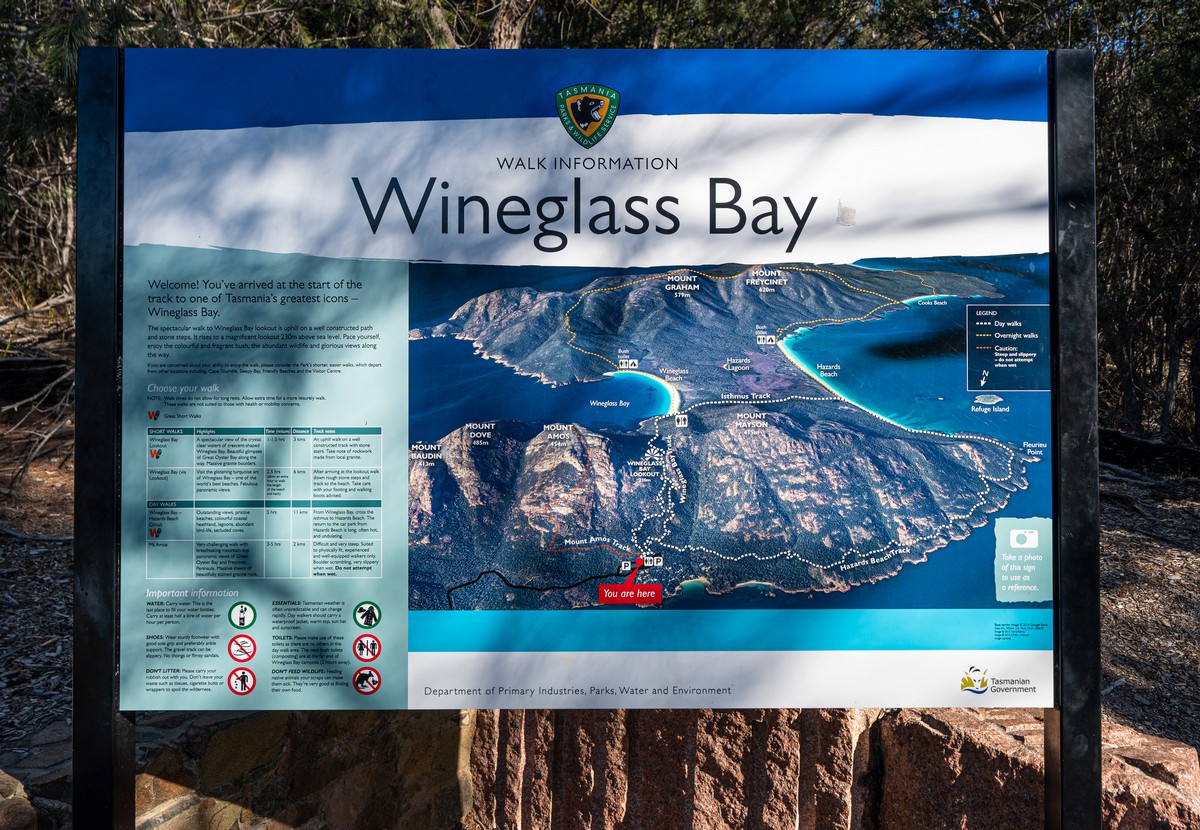 As per the norm with Tasmanian tourism websites, this place is praised no end, this time for having ‘breathtaking views’… 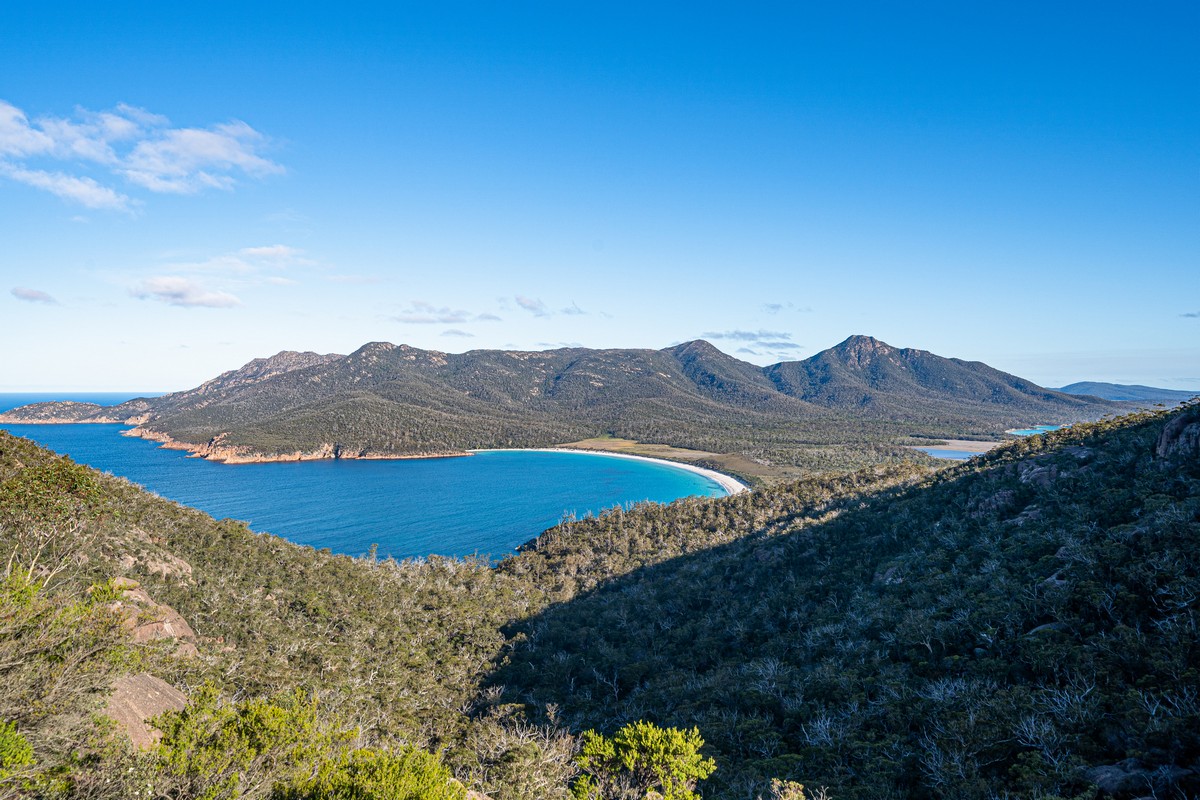 But I didn’t see any. Beautiful views – yes. Breathtaking?!

And we’d driven 60km (there and back) specially for all this breathtakingness! Grrrr! That’s a lot of time – and gas! – for a 1K tourism ).

Later though – things did indeed become breathtaking. BreathtaKKKKing, even. But more on those in upcoming posts.