Madagascar. You probably don’t know all that much about the place, right? (Well, apart from what you’ve learned here in my recent series of posts on the country, that is.) But what’s life like for Madagascans? How do they live? Do they have it good, or bad? How much do they earn? All that. Well, to give you an idea – herewith, a short photo-excursion around a few Madagascan urbanisms. First up – in the city of Andasibe.

Somewhat shanty-looking. The locals are smiling though ). 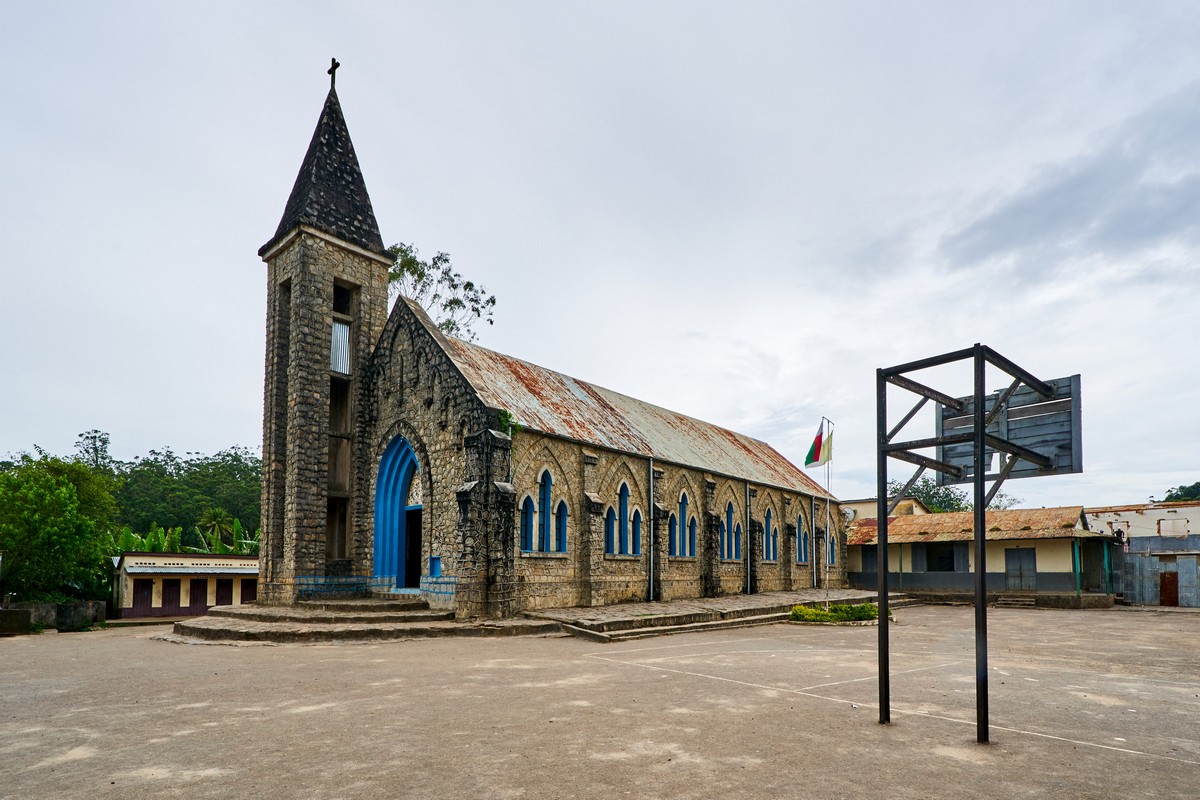 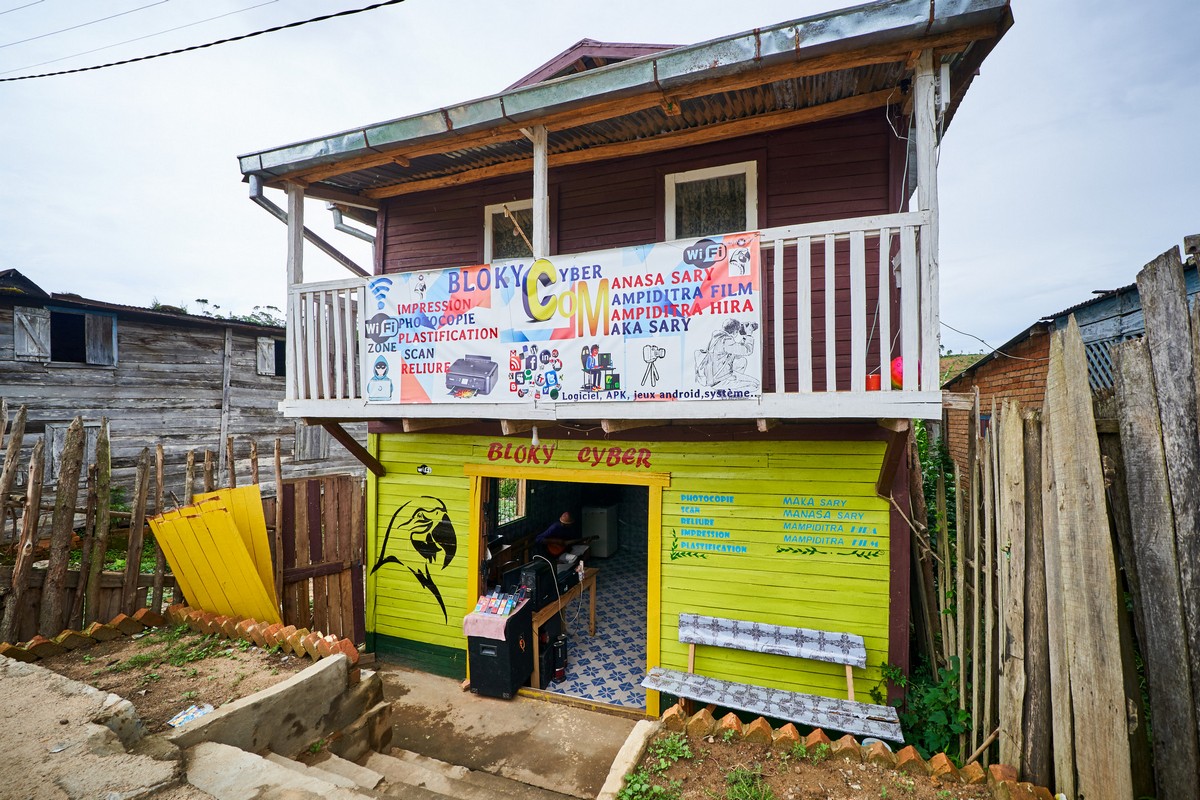 ‘Vazaha‘ come the squeals from the beaming children -> 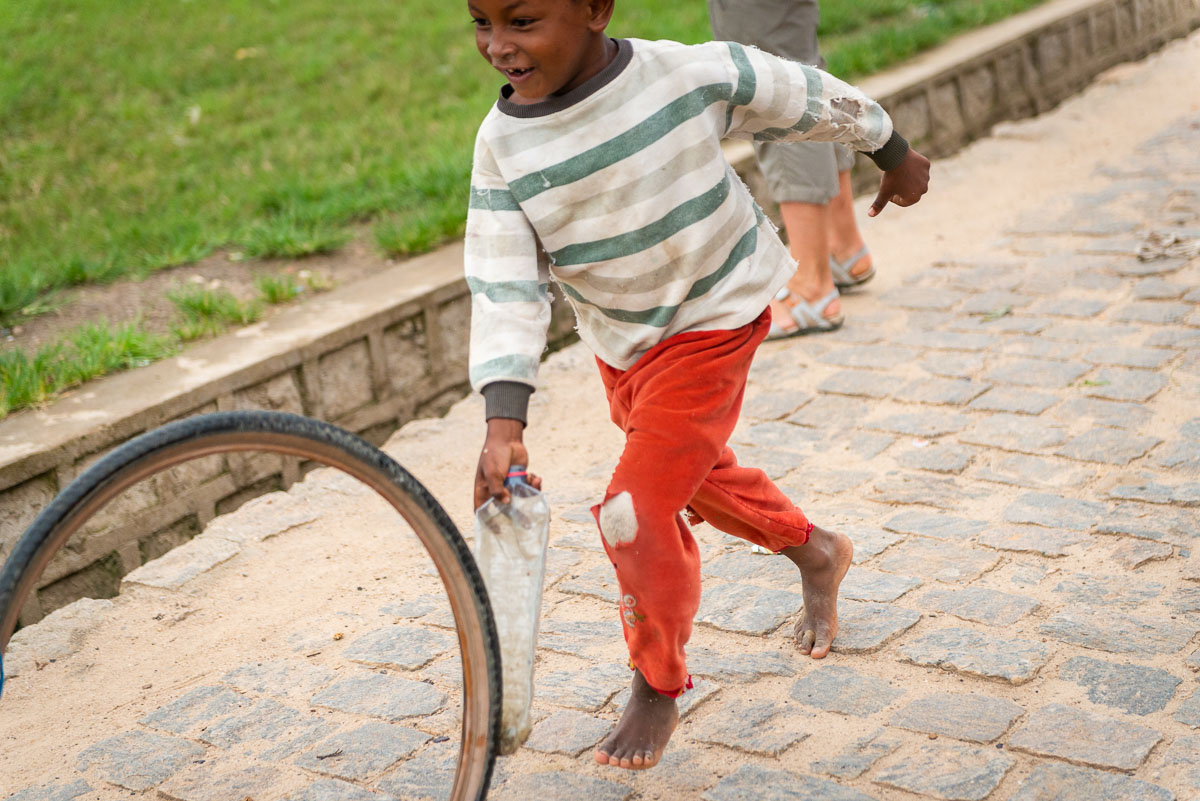 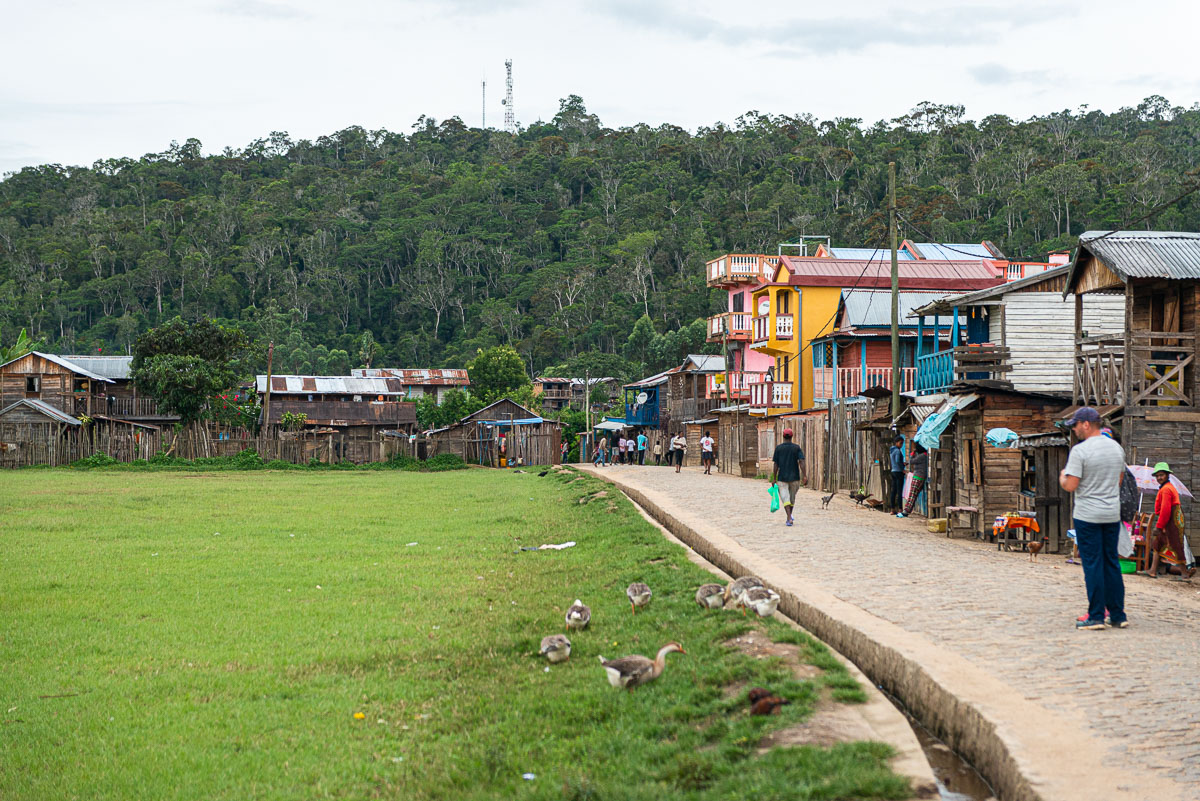 But it was time for us to head to the airport. This was the last day of our African adventure. We pile into jeeps and of we pop, snapping as we go…

Yes, rather poor, and not the cleanest of streets. Indeed, Madagascar is way down the GDP table. A little below Estonia, a little above Cyprus. But if we look at GDP per capita things are even grimmer – in the last dozen countries. Eight times poorer than Namibia, where we began our African trip.

The roads around the city are decent and well maintained: 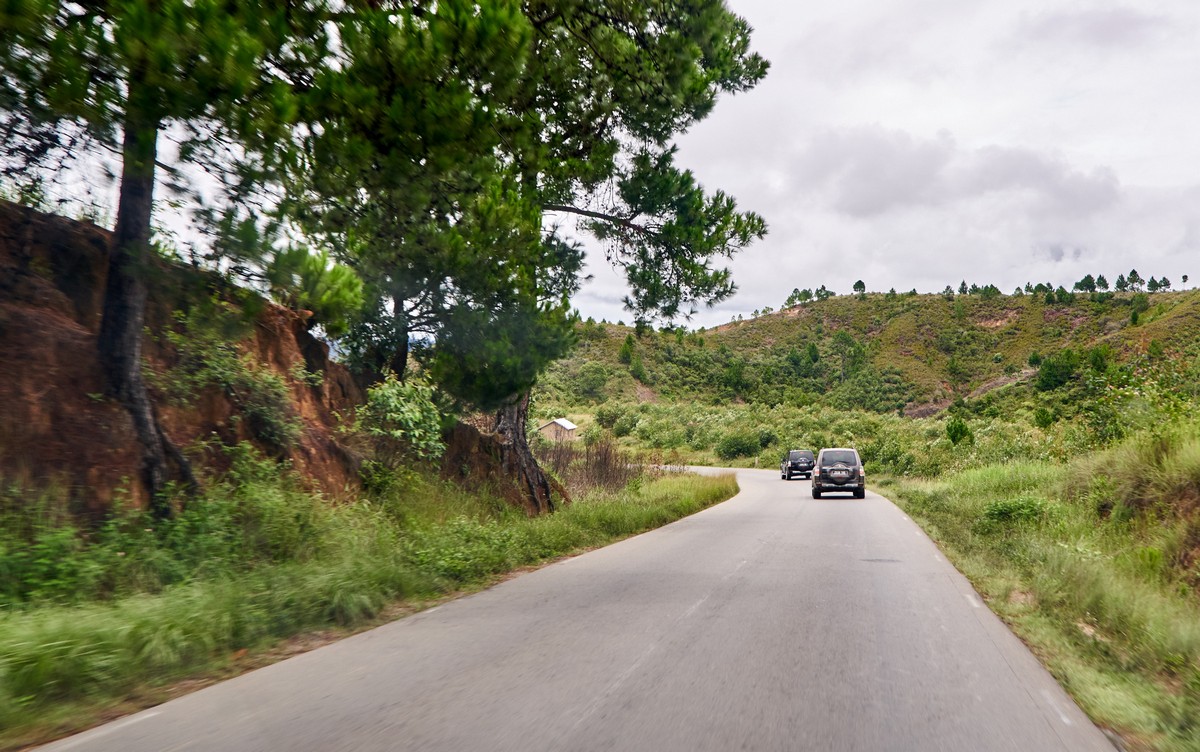 But all the bridges are still single-track:

We got caught up in a traffic jam in the capital, Antananarivo, for two and a half hours! But we still made the airport in time for our flight. Phew. And that was that. Africa – over and out. We were somewhat exhausted, but content with our new collection of impressions from the continent – by far mostly positive. It’s several months already since our trip, and I’m only just finishing this here write-up. Yes – things have been hectic of late, but that’s a whole other story…

All the pics from Madagascar are here.