Onward we drove – further along our Madagascan excursion around its ‘best’ nature reserves. And since, not far from the country’s main northern city Antsiranana, we were passing Montagne d’Ambre National Park, which the internet told us was super duper, with amazing views, with lakes and waterfalls, and with many a big baobab too, well, of course we turned off the road and drove toward it. But it turned out that the pictures the internet shows aren’t of the place at all! Admittedly, there was plenty of the usual exotic Madagascan awesomeness, but still, overall – a bit of a let-down…

What we did here is take a short walk. The first wild exoticness we see – endemic… worms! Also frogs. 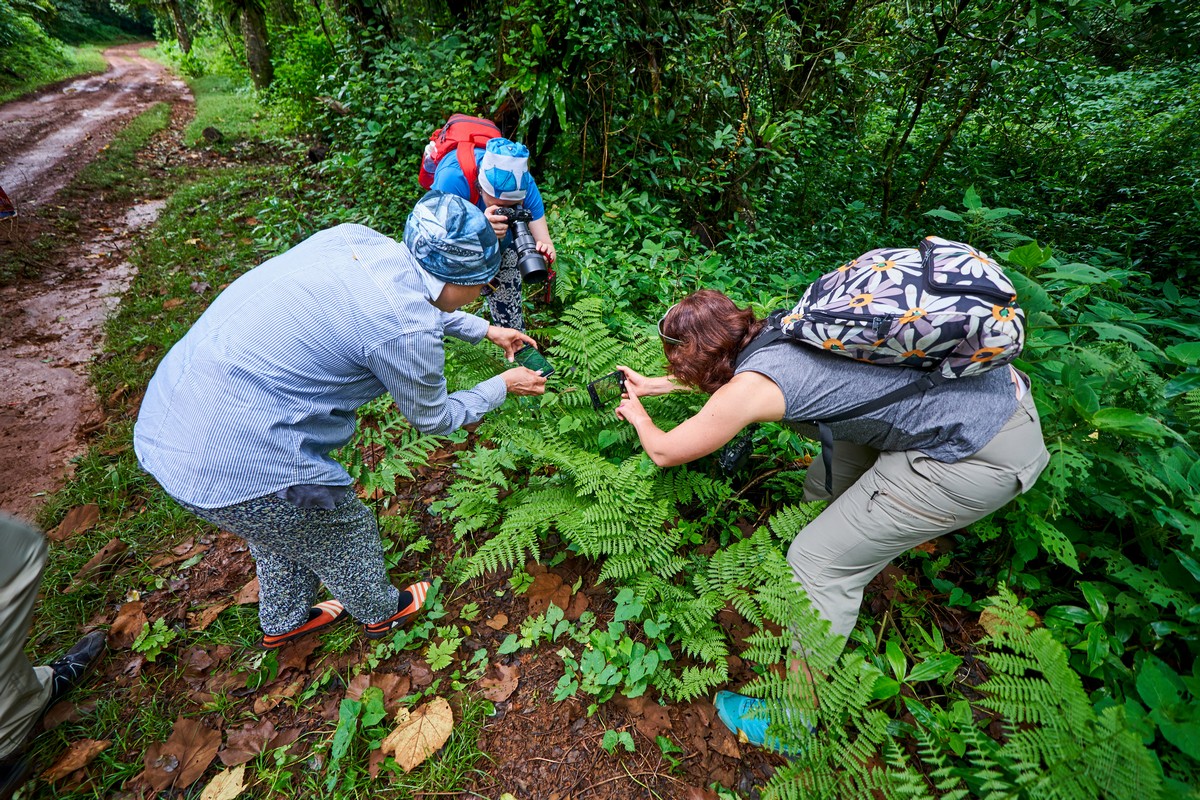 There were lemurs – but so high up in the treetops that there may as well have been none. 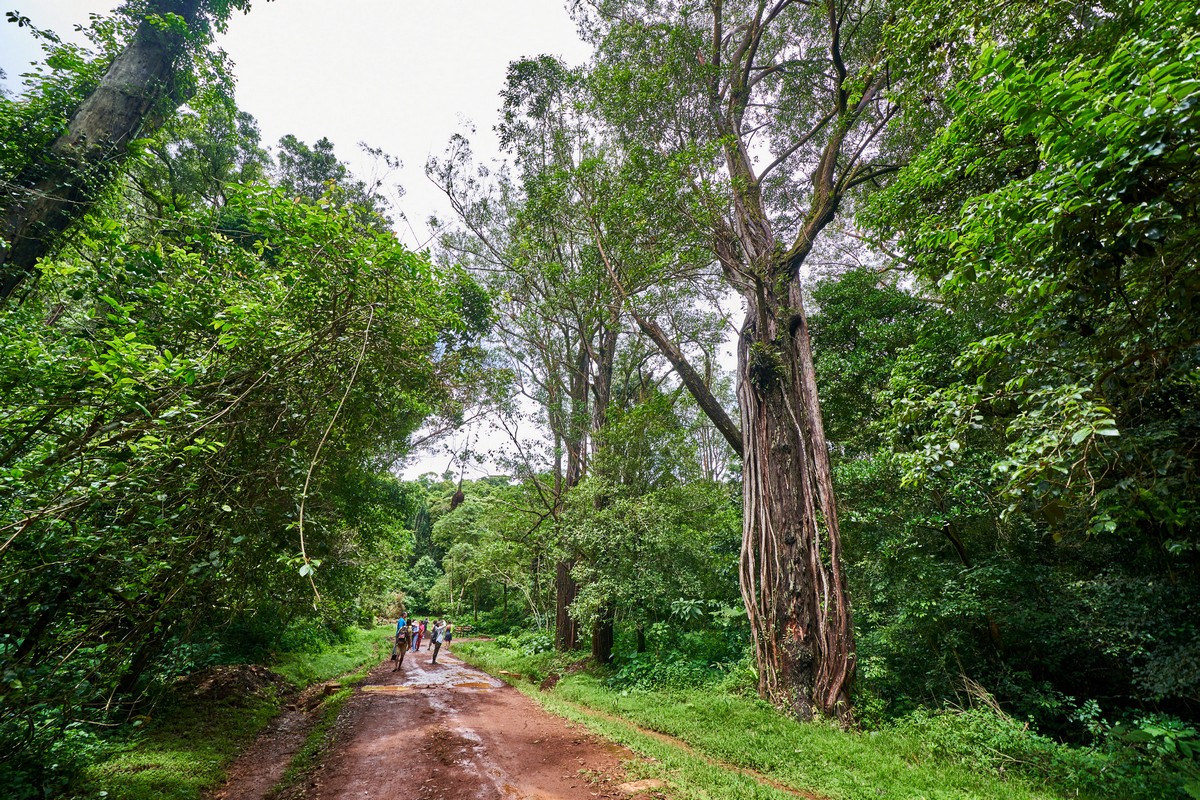 All around – endemic flora: 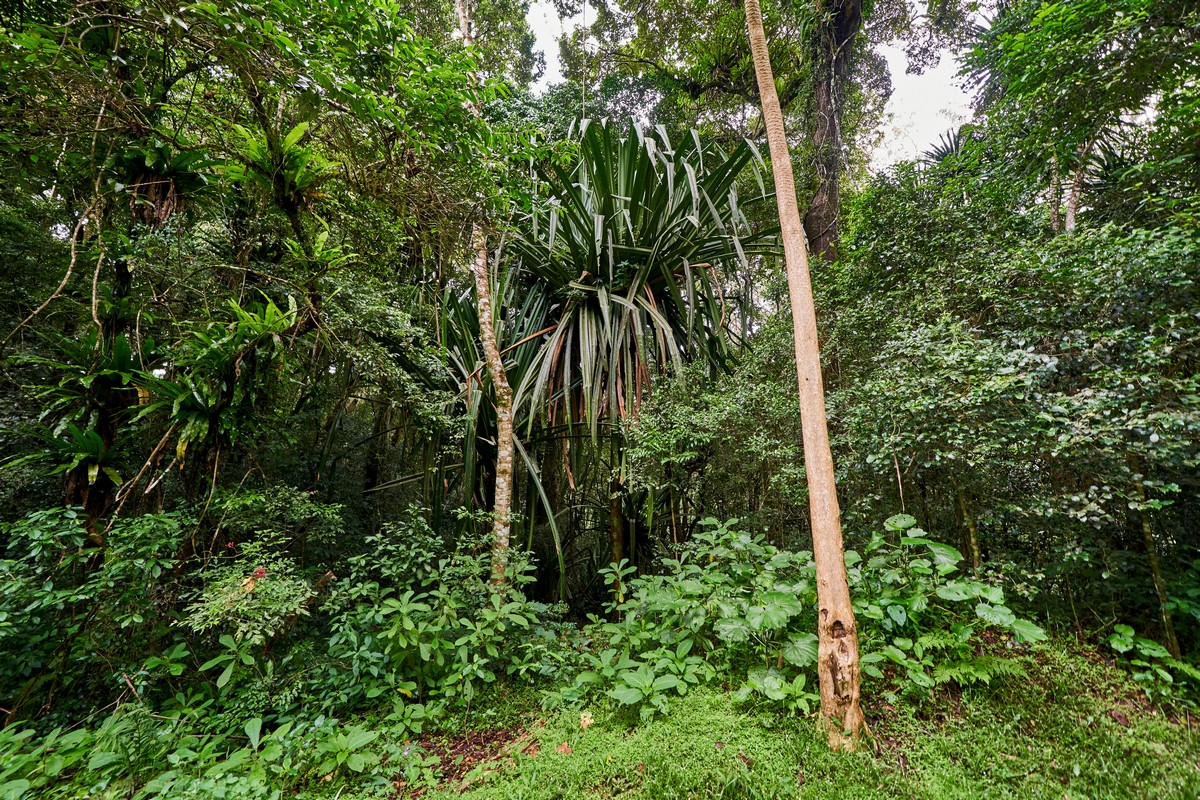 A remarkable (I forget what for) lake of volcanic origin: 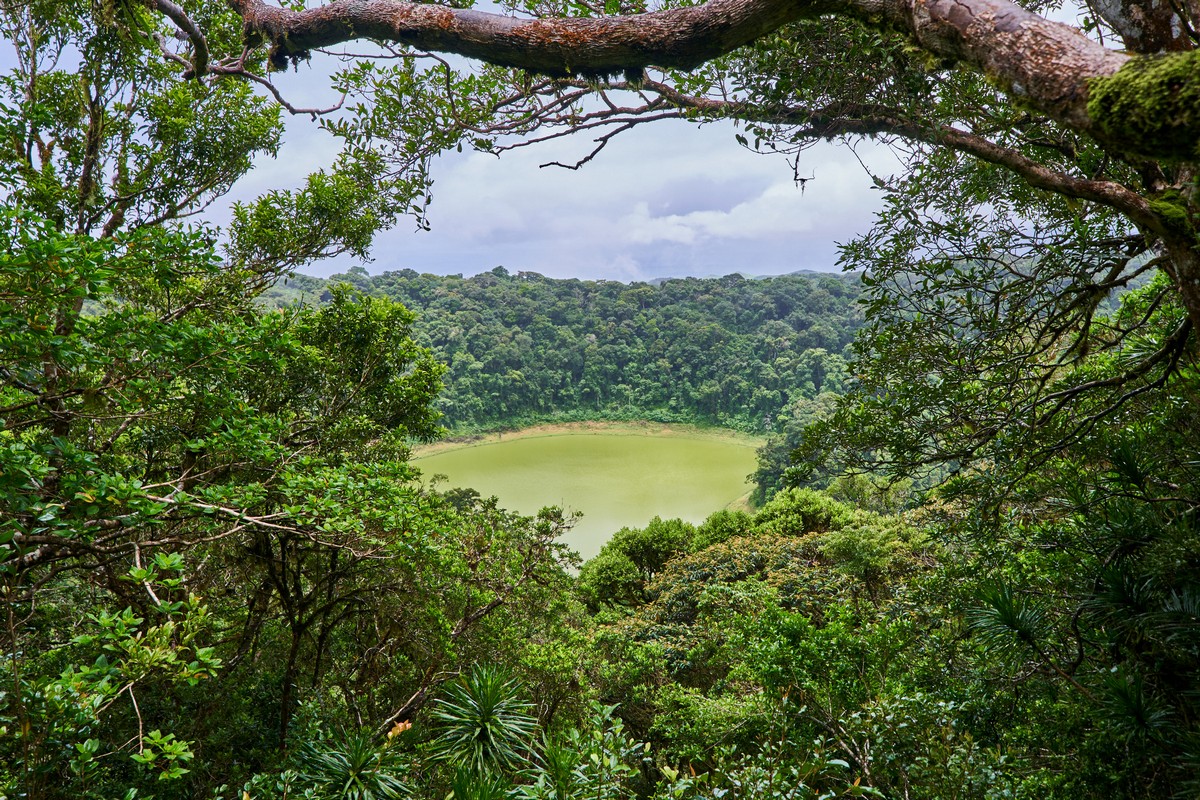 To make matters worse, the heavens opened. To make matters even worse – we were half-eaten alive by hungry Madagascan mosquitoes. To make matters worse still – our feet were attacked by leeches! They attached themselves to our skin so tightly it took two hands to rip them off! Ouch! One nearly chewed off one of my toes! :) Our guides merely laughed, but did help us pull them off. They added that they were all ‘part of the challenge’. Right.

In short, we shouldn’t have come here. You shouldn’t come here either. Maybe it’s nicer here in other seasons, but in January there’s nothing worth coming here for.

Btw, here’s the map of our route. We started out down below with the Ankarana tsingi, then headed northeasterly to the Tsingy Rouge (near the spot marked ‘Madagascar’). Northward again and to this here disappointing Amber Park, then down again – to Joffreville. 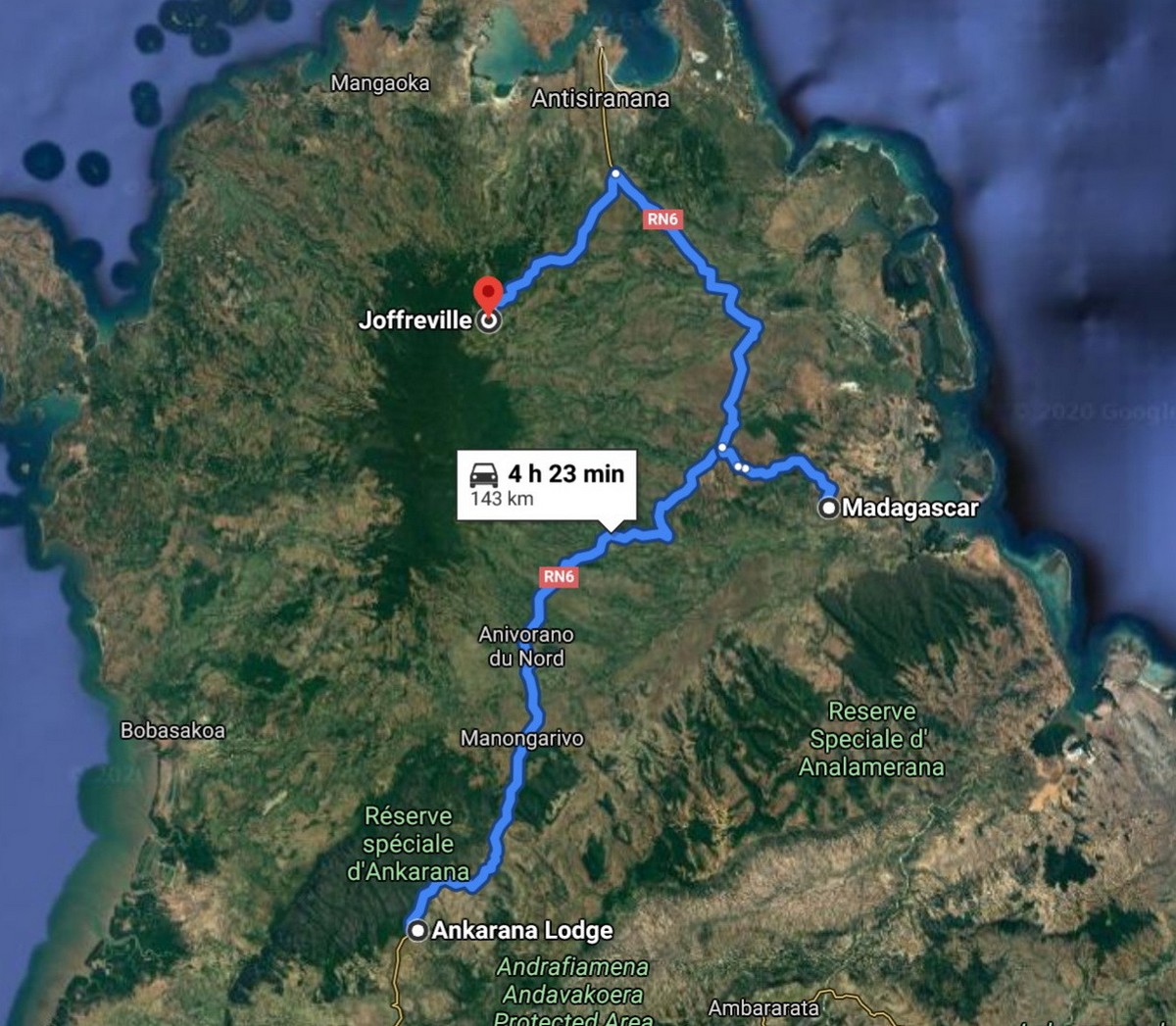 All this doom and gloom, eh? Not like me. And indeed, I couldn’t let you know of nothing but sightseeing disappointments in a single post now could I? So to make up for the negativity, let me give you something positive: about the lodges here. Take a look – they’re pretty neat. Some come with swimming pools. Not that we had time to take a dip therein (and we didn’t want to pick up any African ‘bonuses’ either). In all, rather cozy…

The lodges had running hot water – plus effective mosquito nets. But we still feared some kinda Madagascan mega-cockroach or spider. We were reassured by the locals that they’re harmless, however. Not harmless are the scorpions that can get indoors via water pipes. YIKES!

There was even a Christmas tree installed in the restaurant! 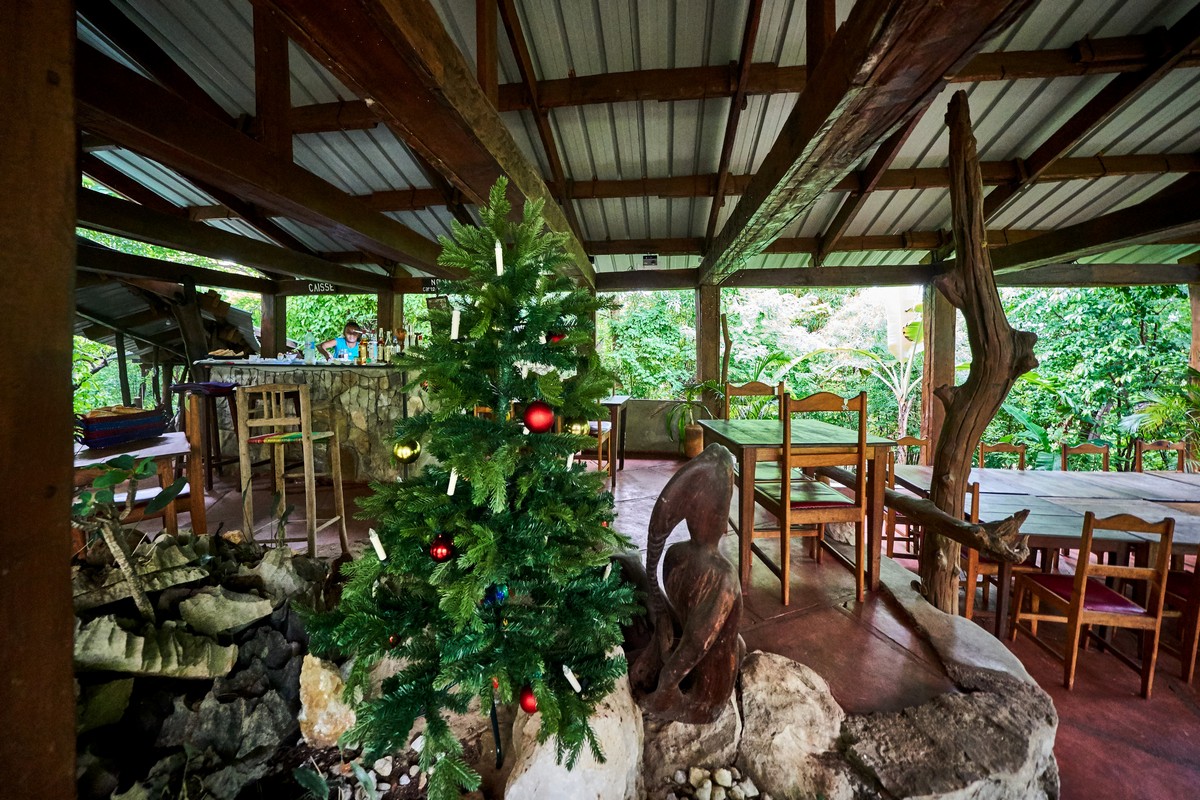 Meanwhile, we were back on the road and onward on our Madagascan auto-tour…

More pics from Madagascar are here.