I couldn’t write about Zimbabwe without a post on the country’s legendary currency now could I?

It goes like this: An economic crisis and consequent mega-hyperinflation kicked in the early 2000s. It seems Zimbabwe is a world champion of price increases, with prices doubling at one point every hour-and-a-half (according to Wikipedia)!

The reasons for the crisis are often put under the overarching title ‘land reforms’: confiscations of land and farms from white farmers in favor of the black population, then hounding farmers out of the country (any who didn’t agree were murdered), then practically the whole white population leaving the country. These transformations, and the country and its economy being run by ineffective folks led to the mega-economic crisis. This saw the country go from one of Africa’s richest countries to one of its poorest – fast. Incredible really. And all topped off with the hyperinflation.

Now, remember the photo I showed you in a recent Victoria Falls post together with the question ‘how much cash is here?’? This one -> 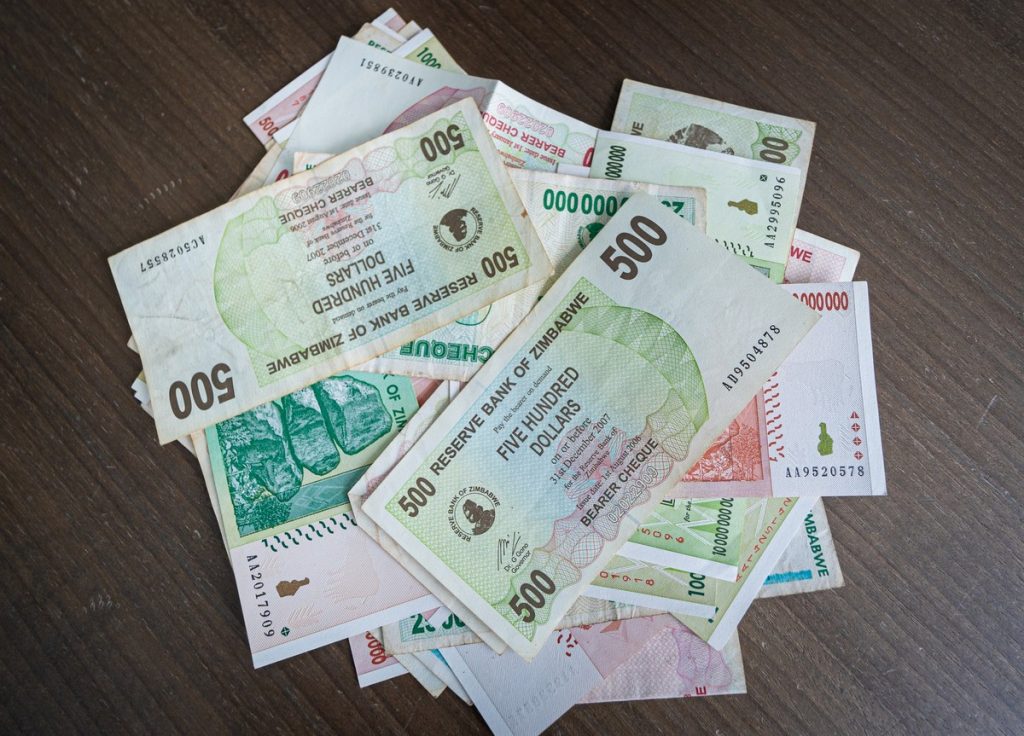 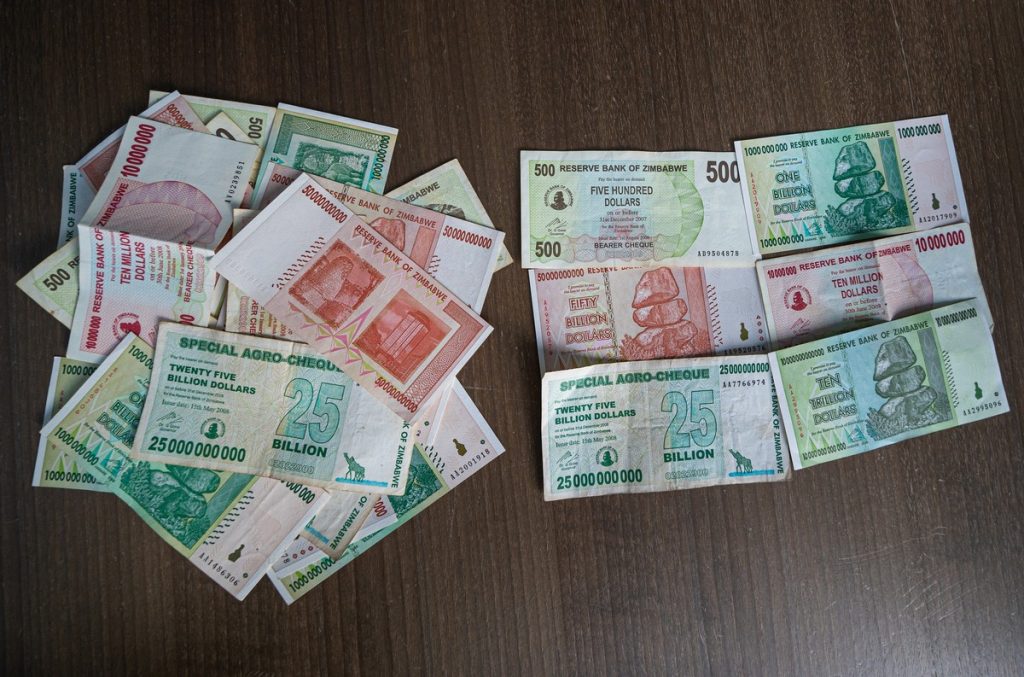 The largest denomination in those there notes is for… wait.. ten TRILLION dollars! That’s just one note, remember. Imagine a wad of them? Or a pile – like this one ). And notes like these are sold on every corner to tourists for next to nothing today! 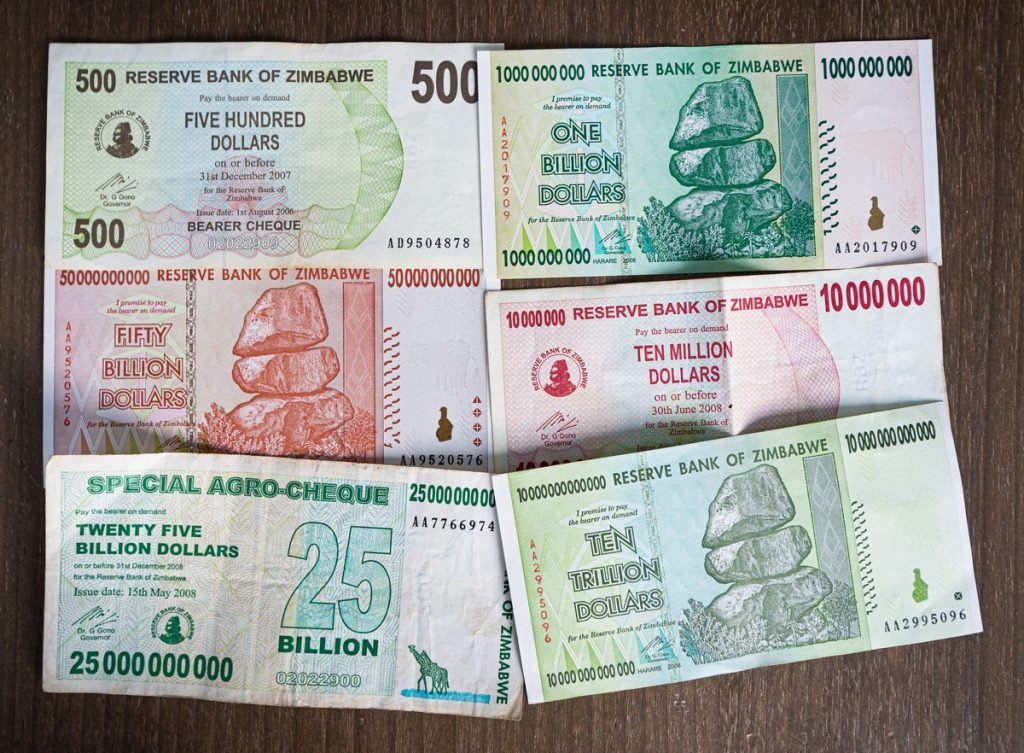 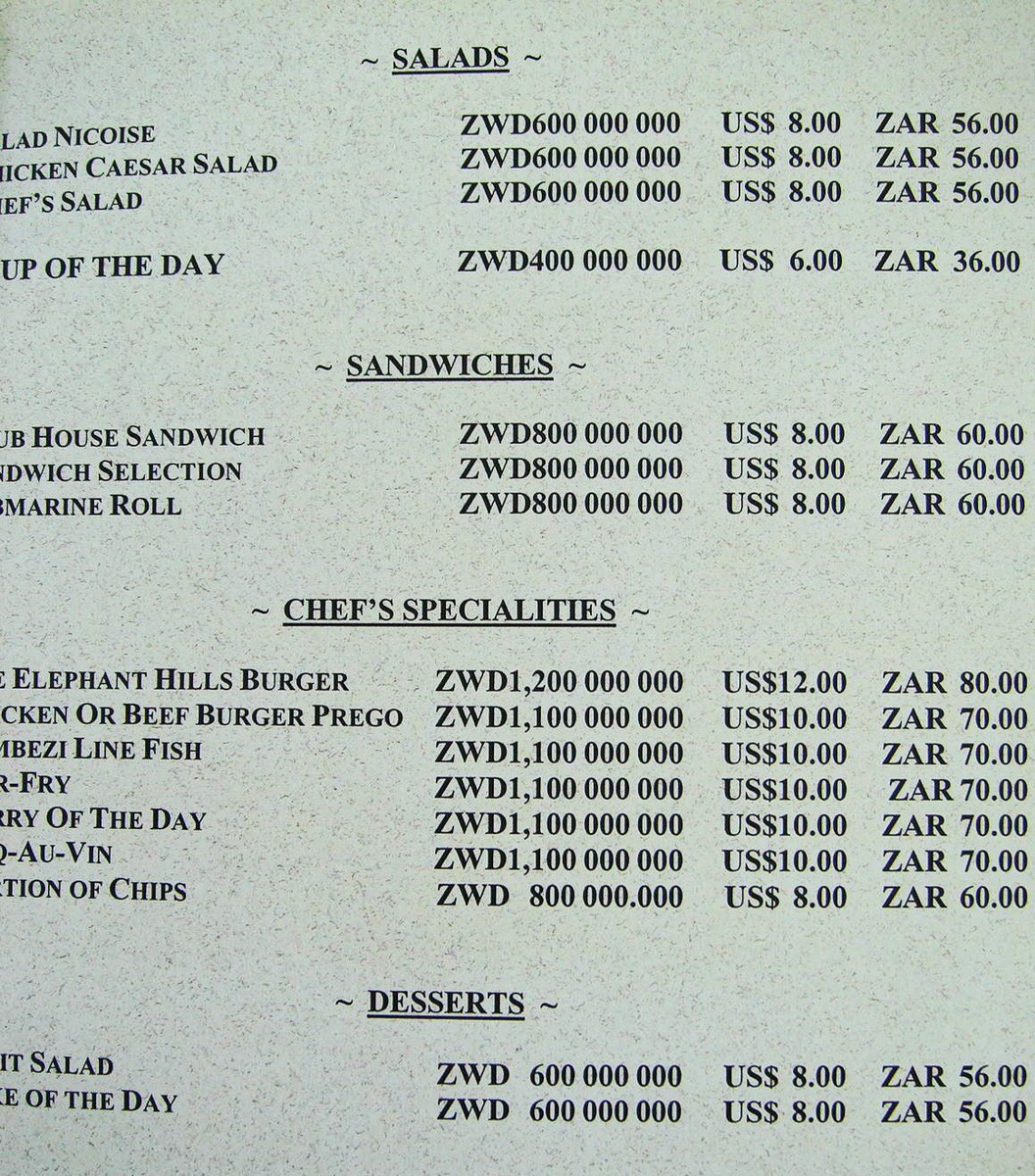 When things got just too silly – zillion-zillions become a reality – they switched to the US dollar. Then they added the South African rand. Then there were plans to bring back the national currency, but that hasn’t worked out yet – it’d only go hyper-inflational once more…

And that was that Zimbabwe-wise for us. It was time to fly over to… Madagascar! All about which I’ll tell you in an upcoming post.

More pics from Zimbabwe are here.