On my visit to Victoria Falls, the icing on the cake was the helicopter flight we took above them.

In this first pic – you see the ‘smoke’ rising up over there? That’s the ‘smoke’ from the waterfall. And that’s where we were headed in the chopper… 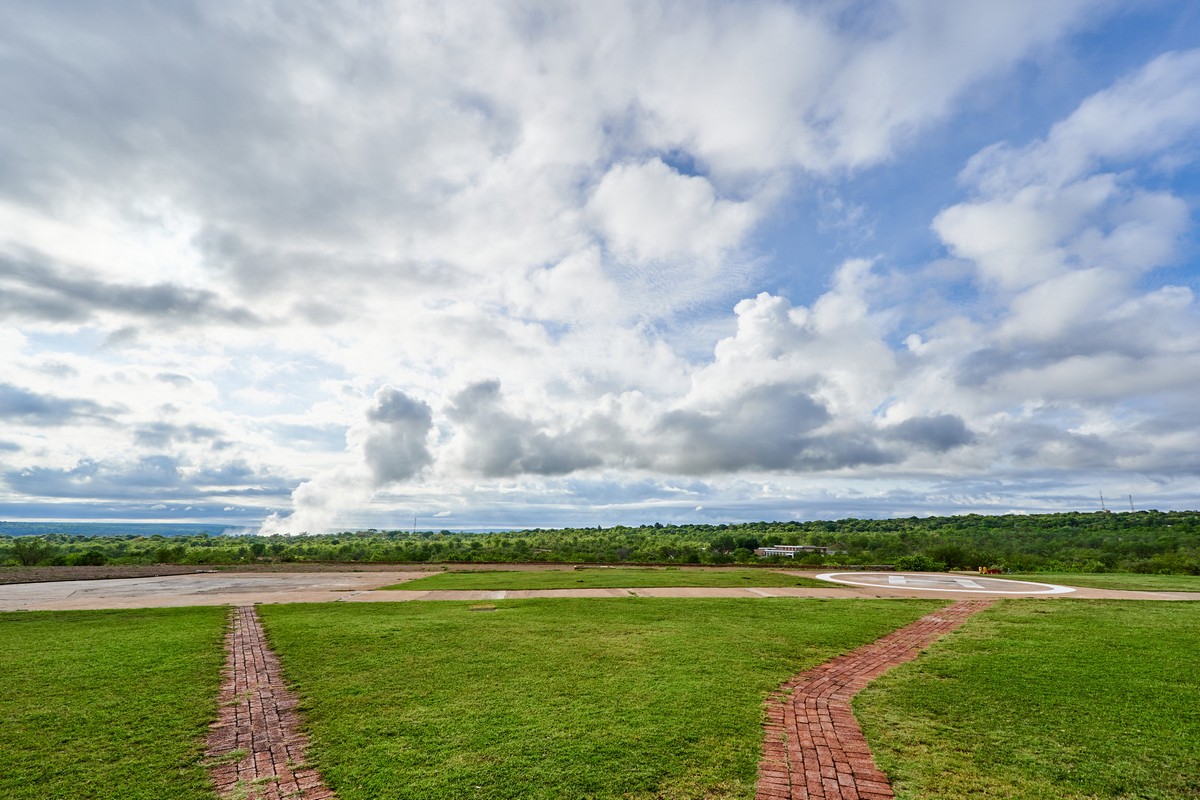 Up we flew, above the golf course of the Elephant Hills hotel. An interesting hotel: in addition to the golf course there’s also a zoo with freely roaming non-predator wild animals! 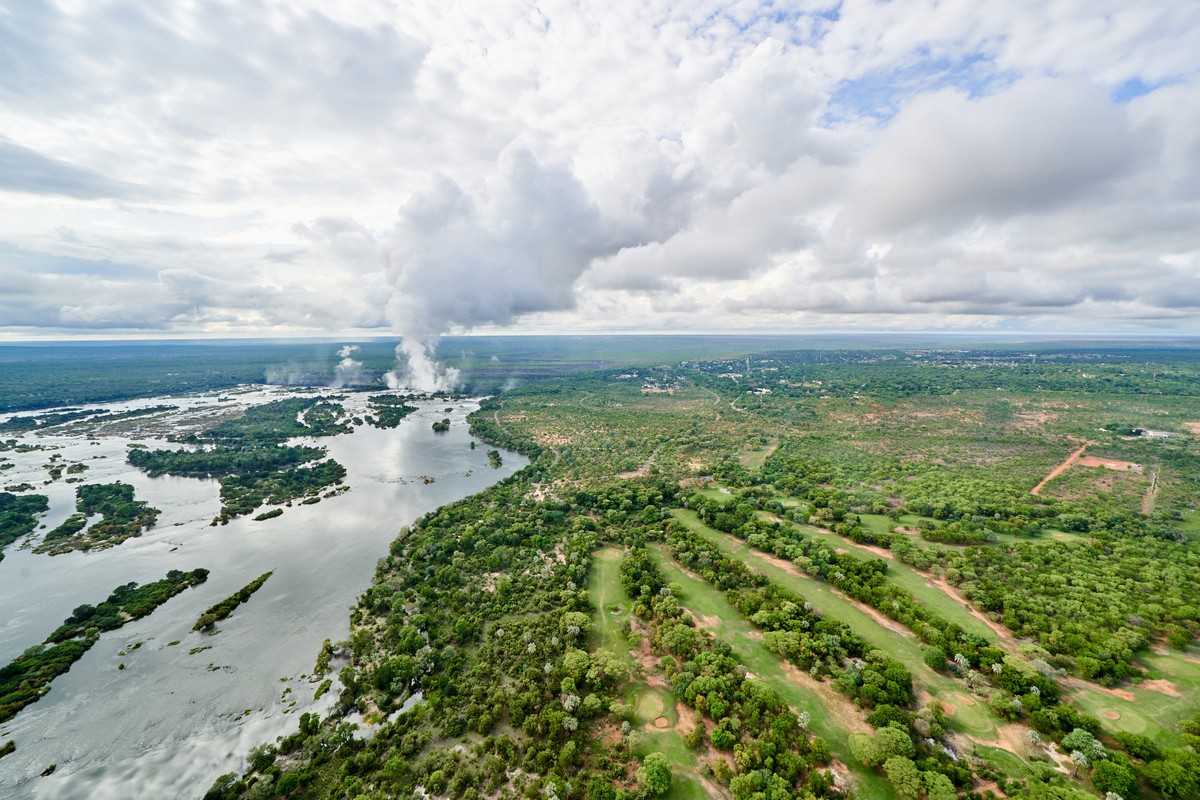 These islands in the Zambezi are home to hippos – a very dangerous animal. 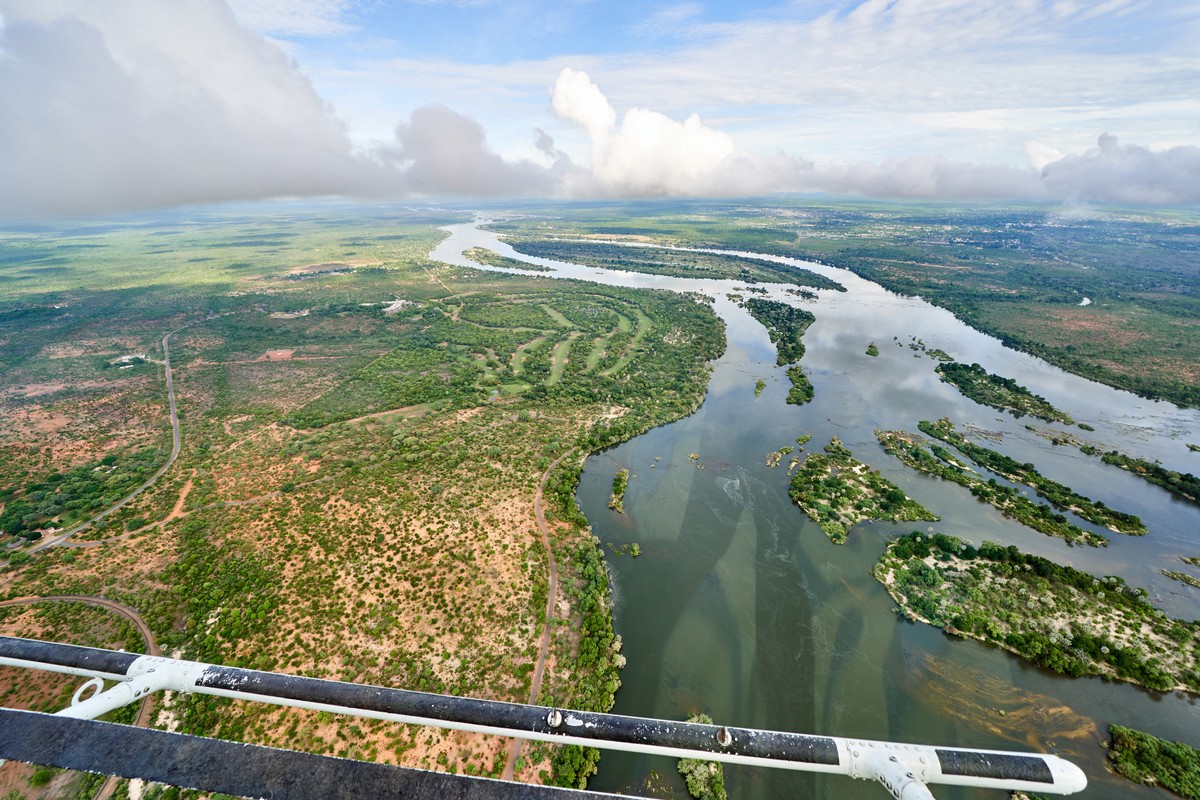 The ‘smoking’ waterfall gets nearer and nearer… 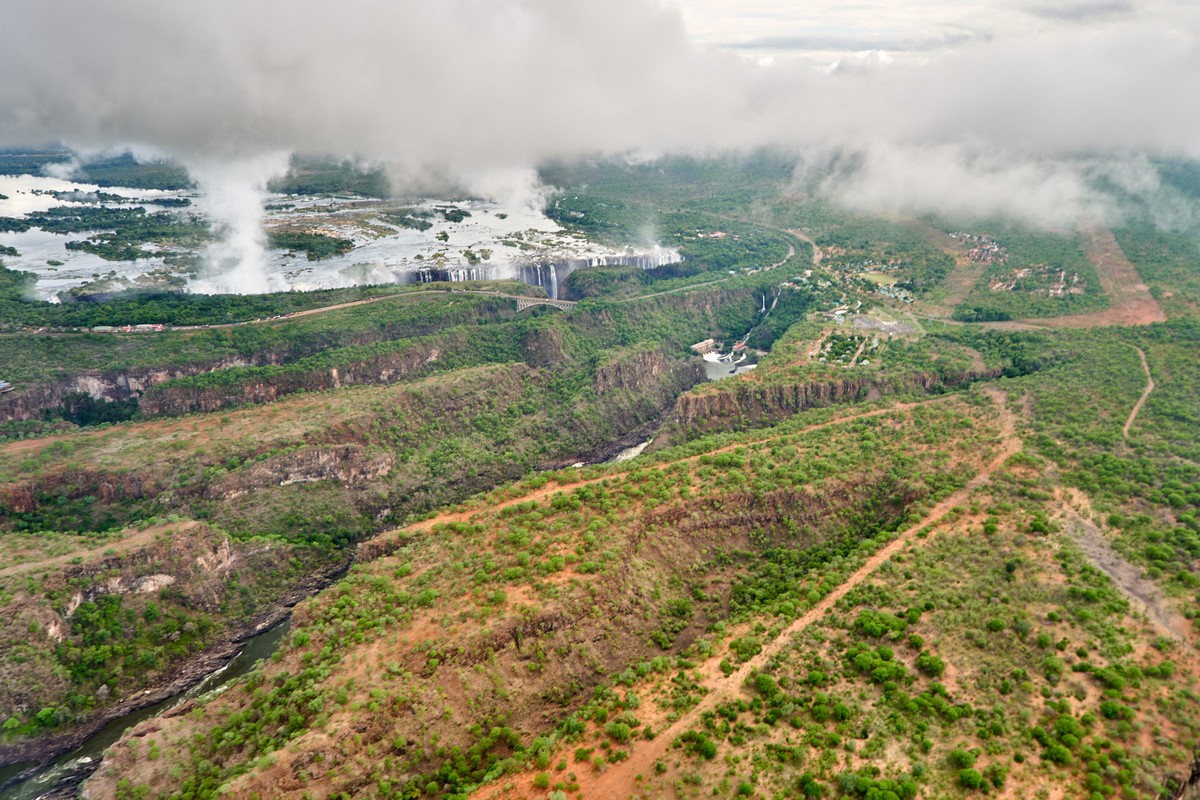 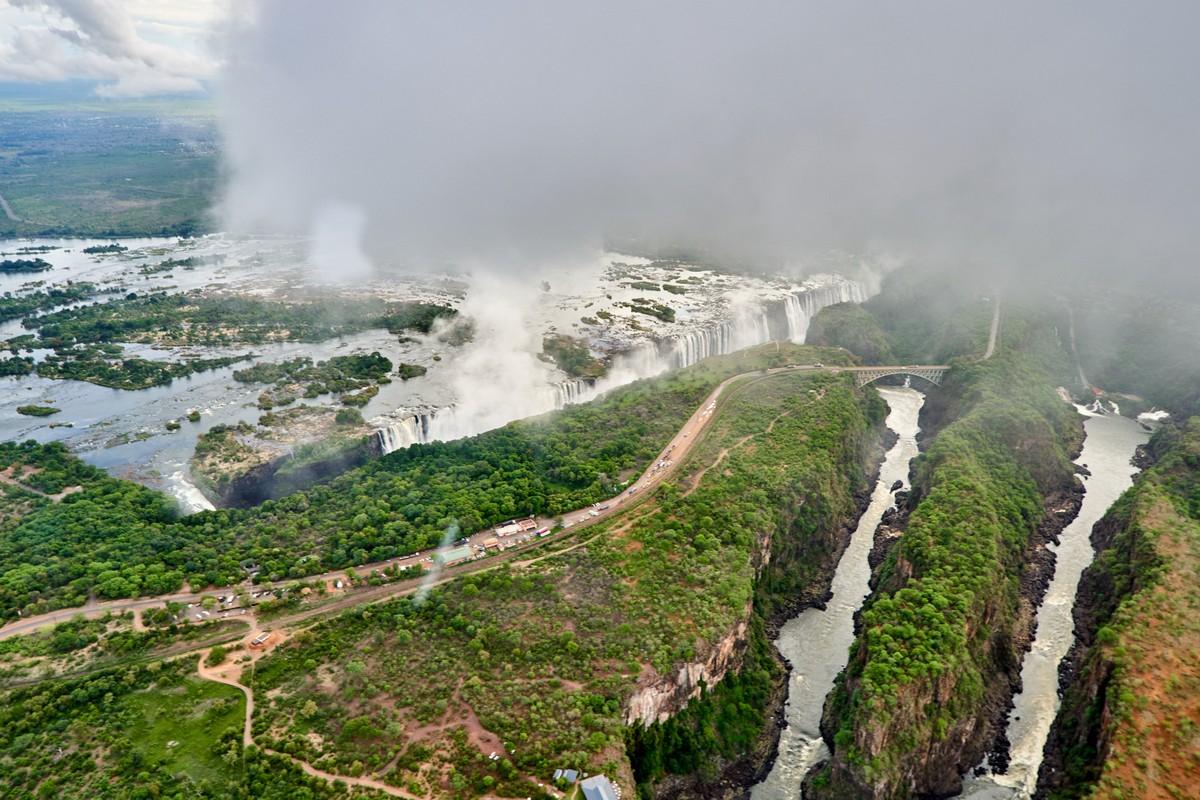 Here are the views from various sides -> 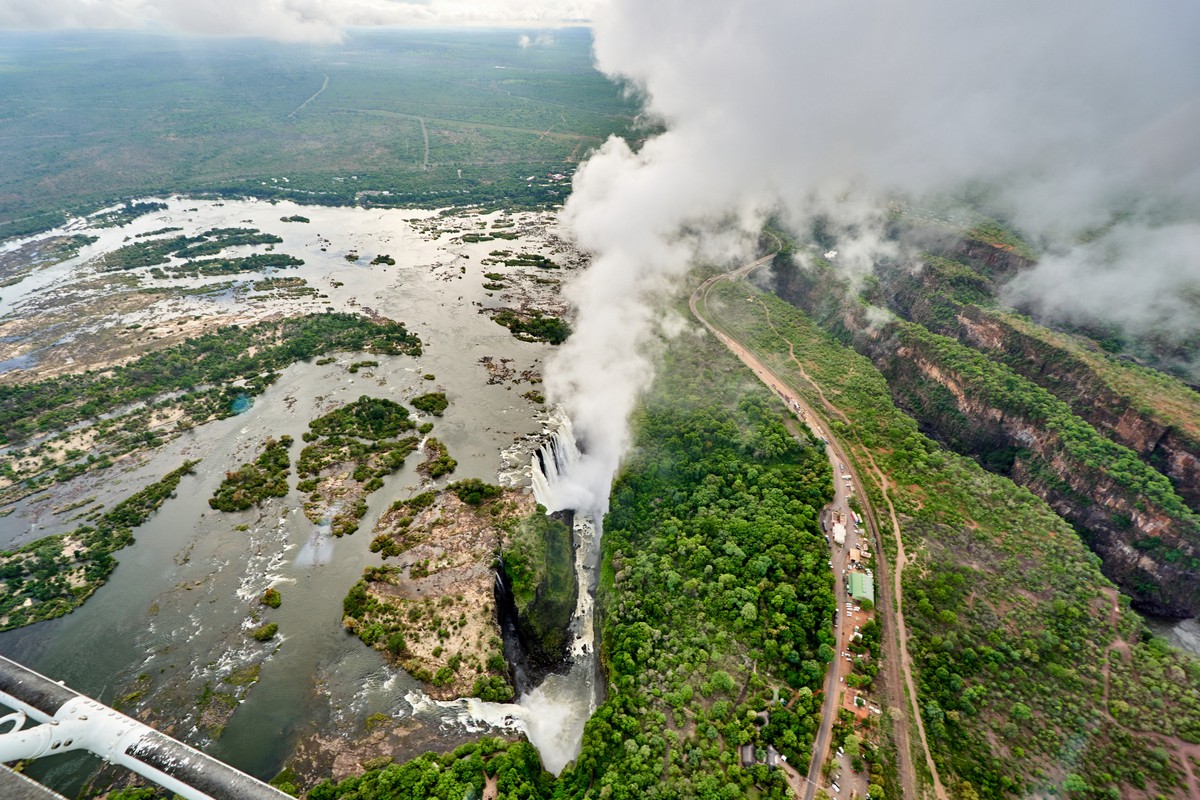 Up here it became clear why these ‘islands’ are called just that – ‘islands’. I think a walk thereupon would be a very good idea -> 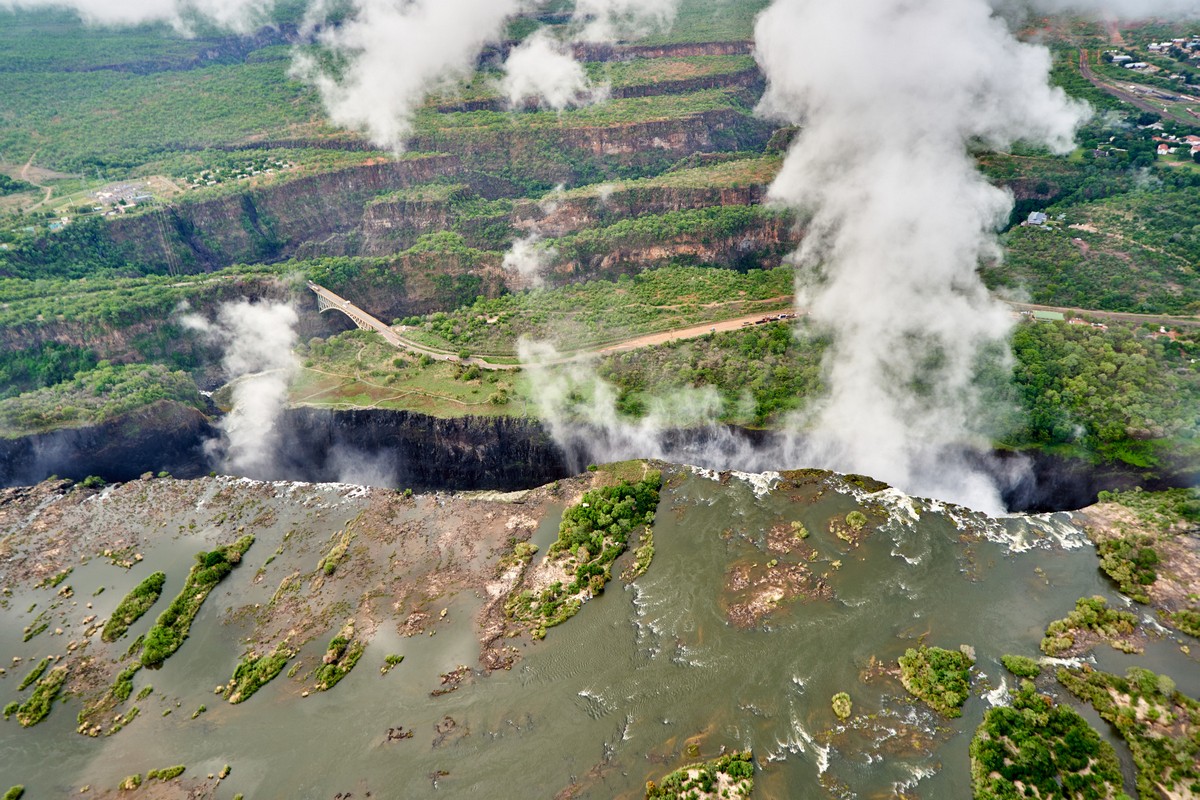 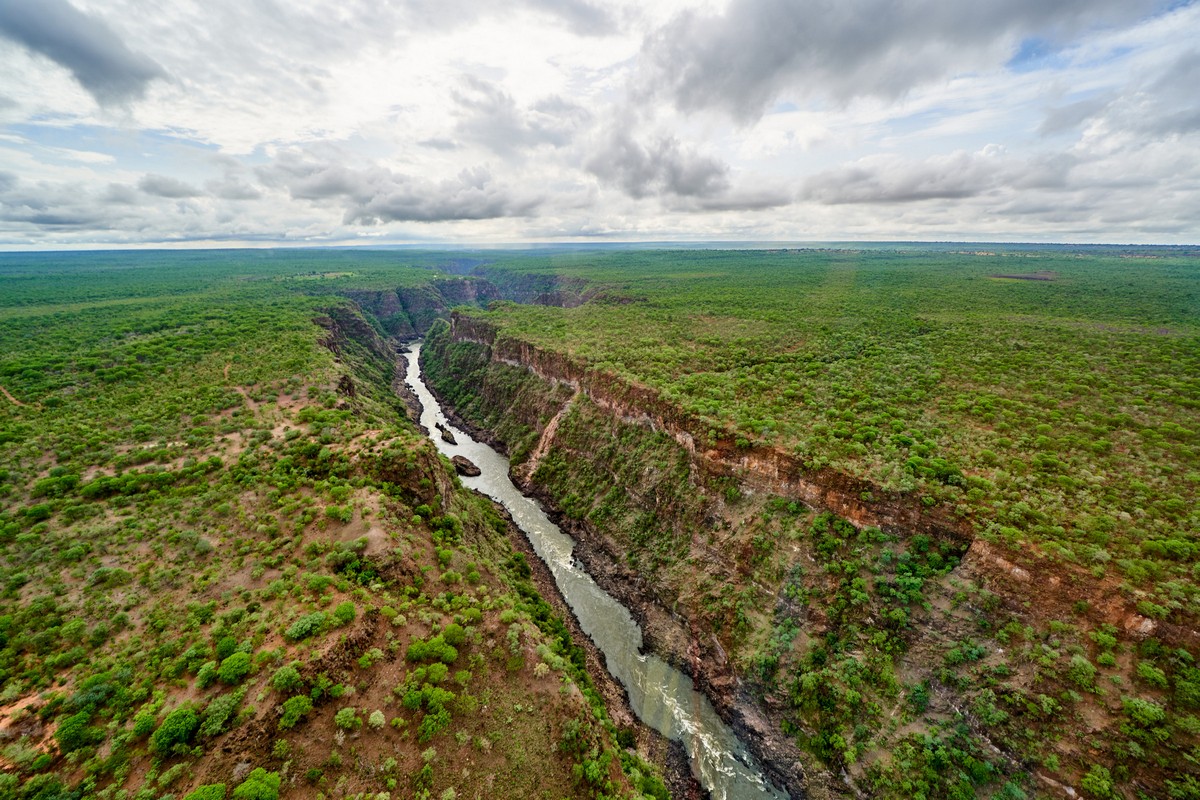 The Zambezi Canyon. Apparently you can raft down it. Will have to try that next time… 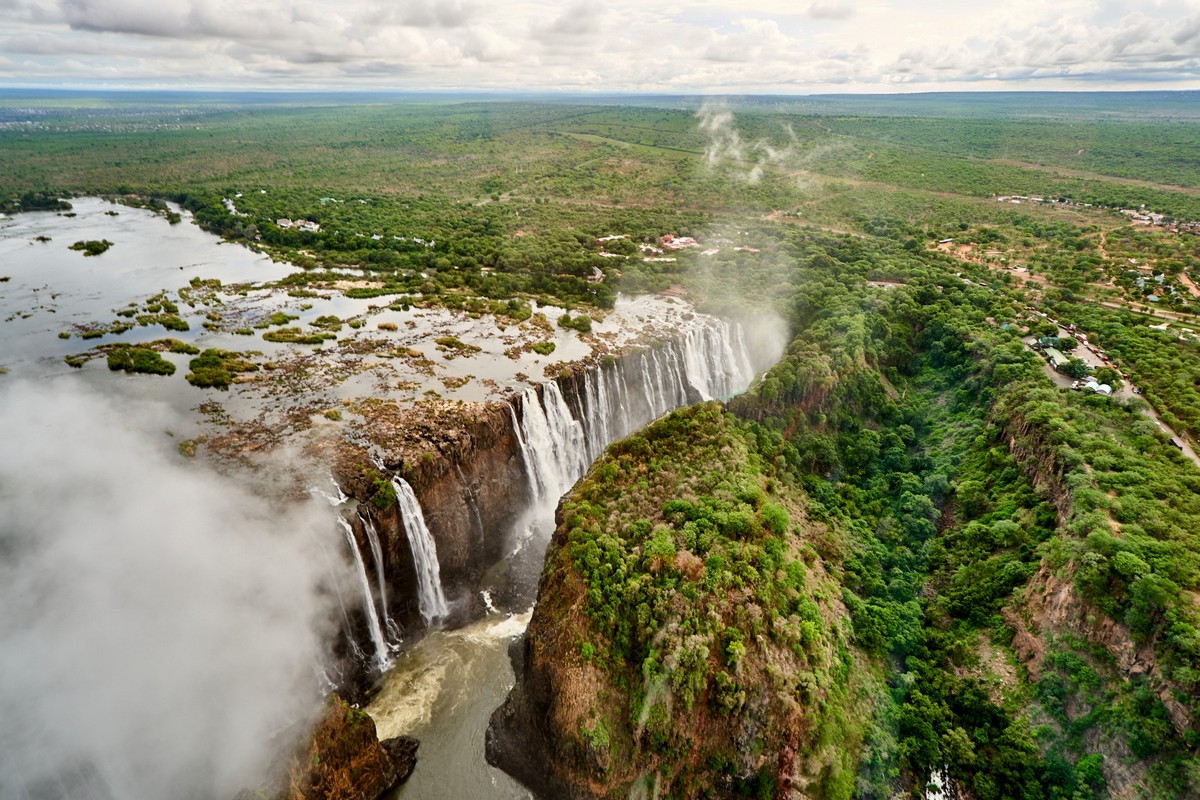 As a bonus, we were flown over some nearby savanna where we saw various wild animals in their natural habitat:

Clearly there’s plenty of wildlife here, but I don’t think the place is worthy of some safari-ing. For that you’d be better in Serengeti in Tanzania or Kenya.

As we came back in to land not far from the Elephant Hills hotel, we noticed some baobab trees on the hotel’s territory. After landing, we decided to take a closer look…

Terrific trees! So majestic and sturdy! However – and this should come as a surprise to many – the baobab isn’t a tree in the full sense of the word; it’s a kind of sponge, which absorbs water during the rain season. Another strangeness: baobabs’ trunks don’t have rings to show their age. Accordingly, no one knows how long they live for yet!

Explanatory plaque. Just in case you mistook this for a conifer ). 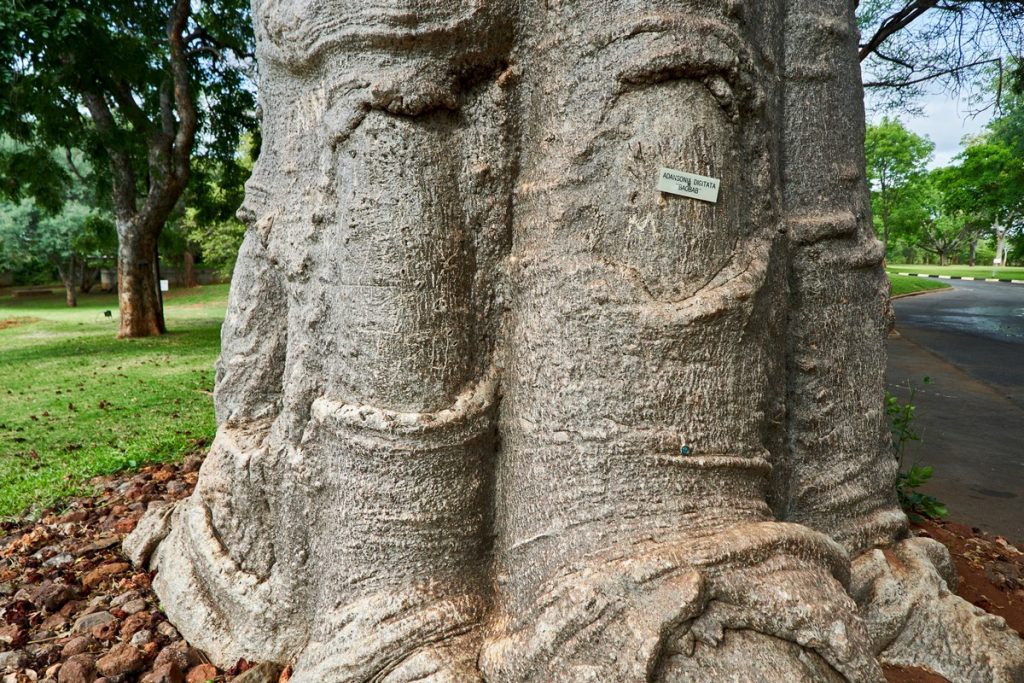 That’s all for today folks. But I’ll be back with more African tales shortly…

All the pics from Victoria Falls are here.