Don’t hope there won’t be any more Namibian stories :).

Last time, I promised to elaborate on a rock theme. Well, here you go!… in the Giant’s Playground.

It’s the perfect name for this place. Just imagine – giants that once inhabited our planet arranged here a playground for their children, where they frolicked as all children do, and played with toy blocks. Well this is what’s left of them:

It was so long ago that different African aloes have grown up – through the rocks! 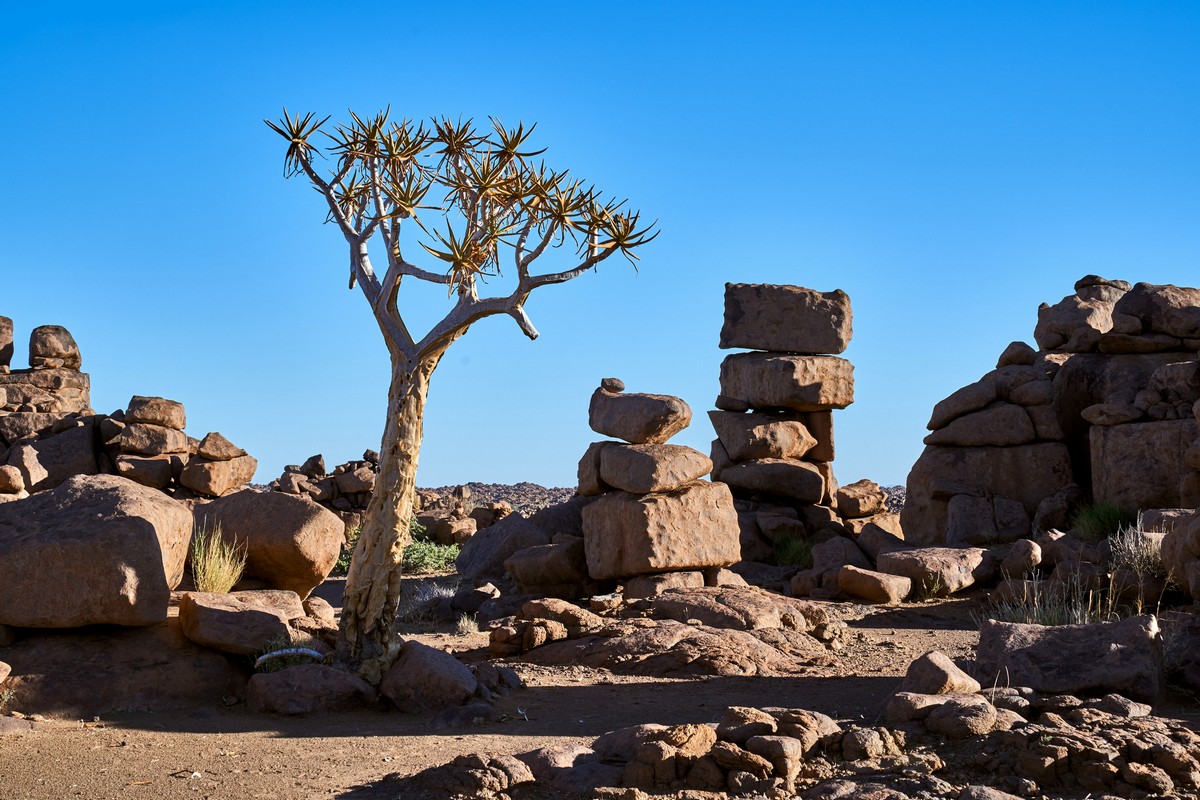 What do you see in this installation? What did giant kinder want to tell us? 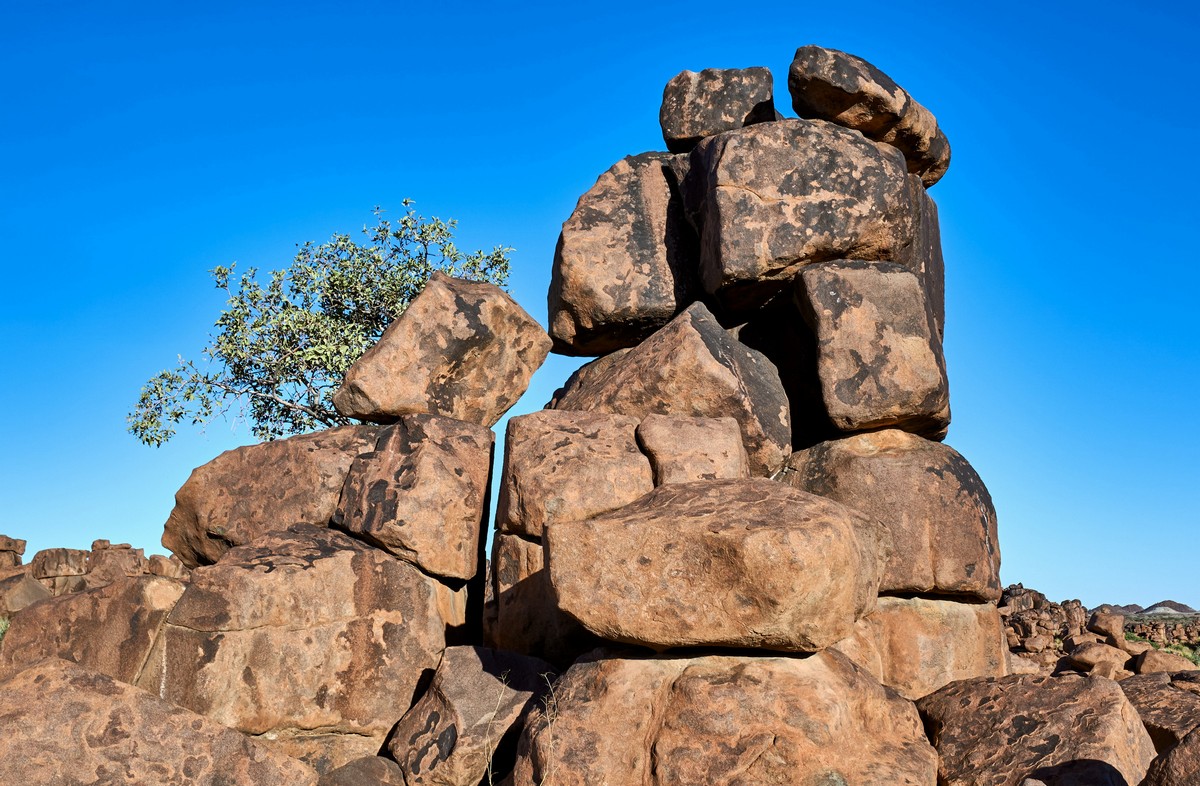 It looks like they didn’t have any demographic problems. The territory of the ‘kindergarten’ is huge. A giant space for giant kids. // A pretty good advertising slogan, no? :) 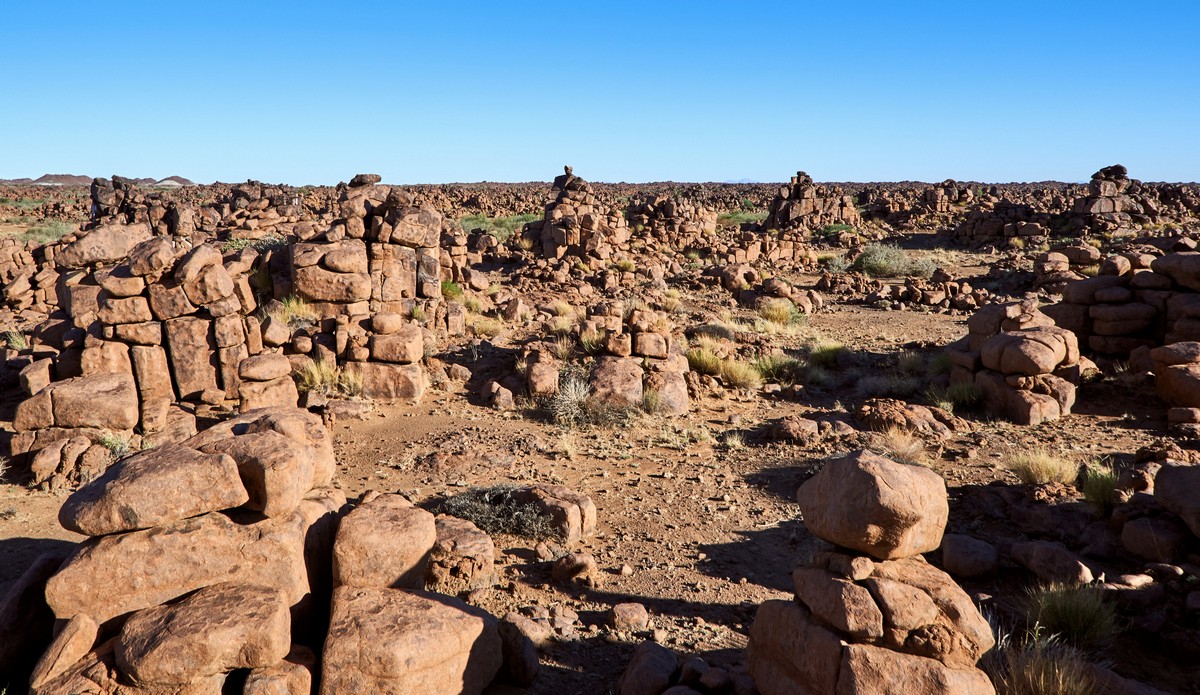 When you wander around this ‘park of stones’, you first think that they’re scattered chaotically and that there’s no order in their placement. 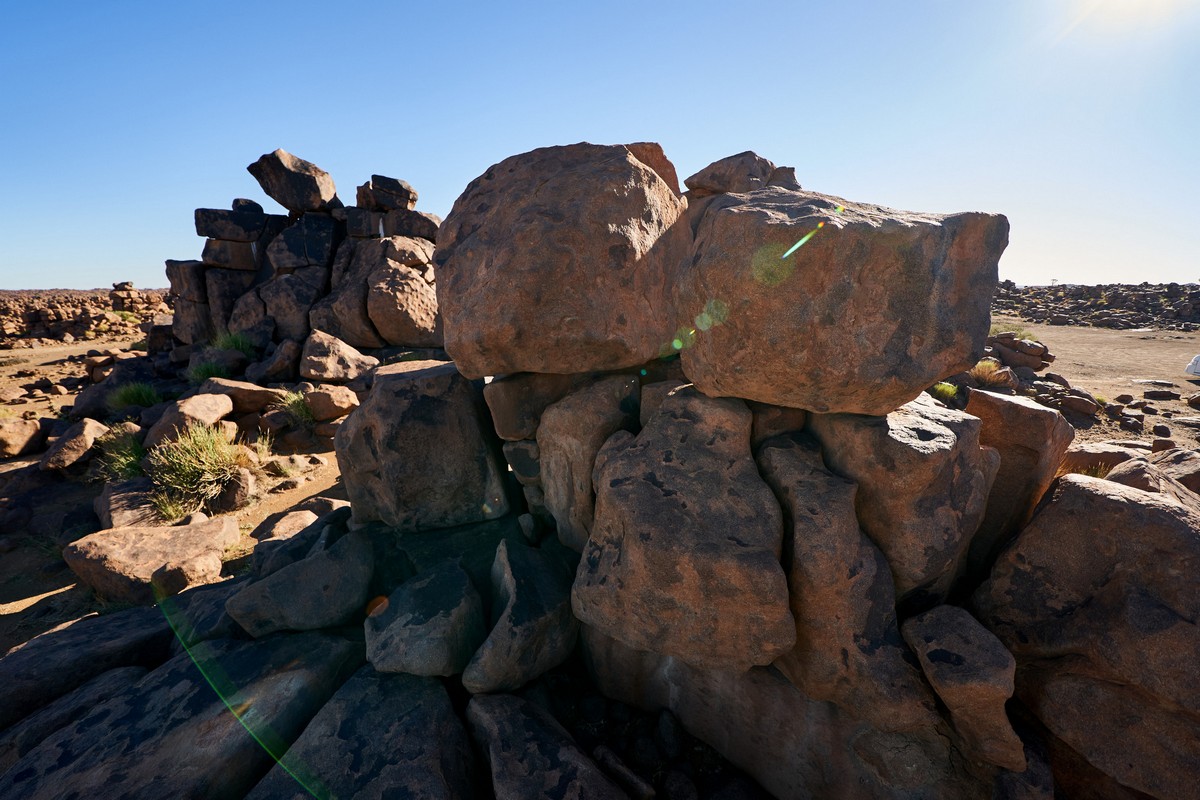 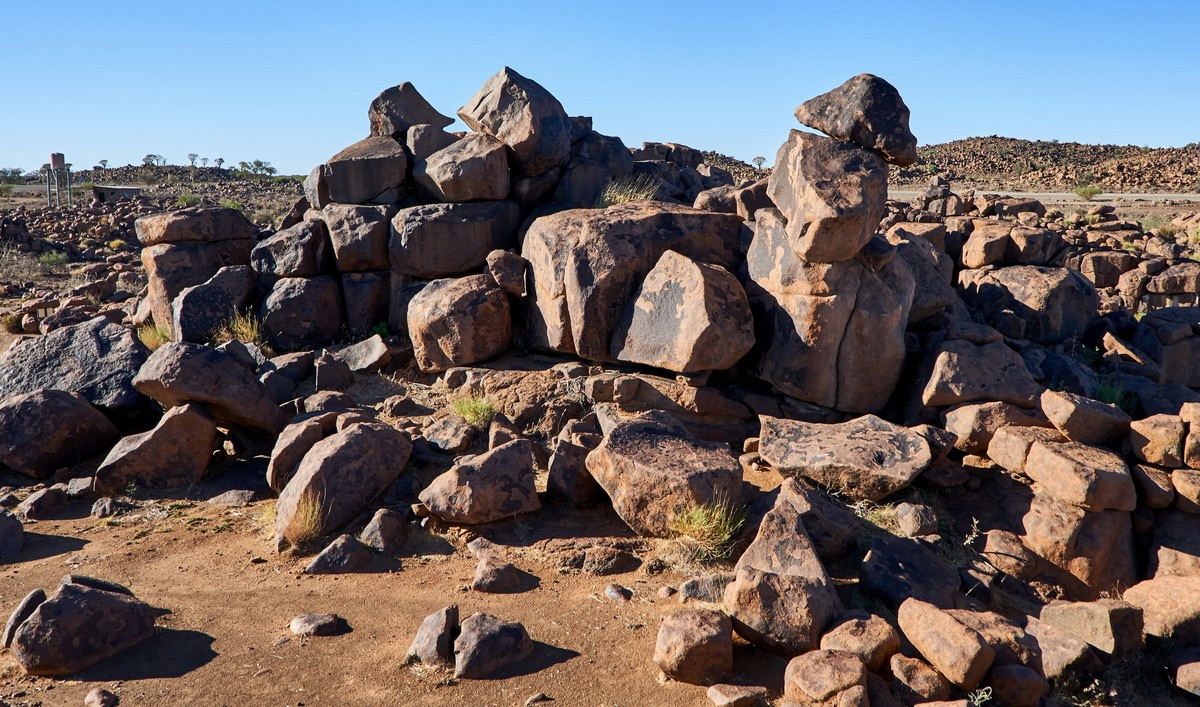 But then the constructions begin to make sense… 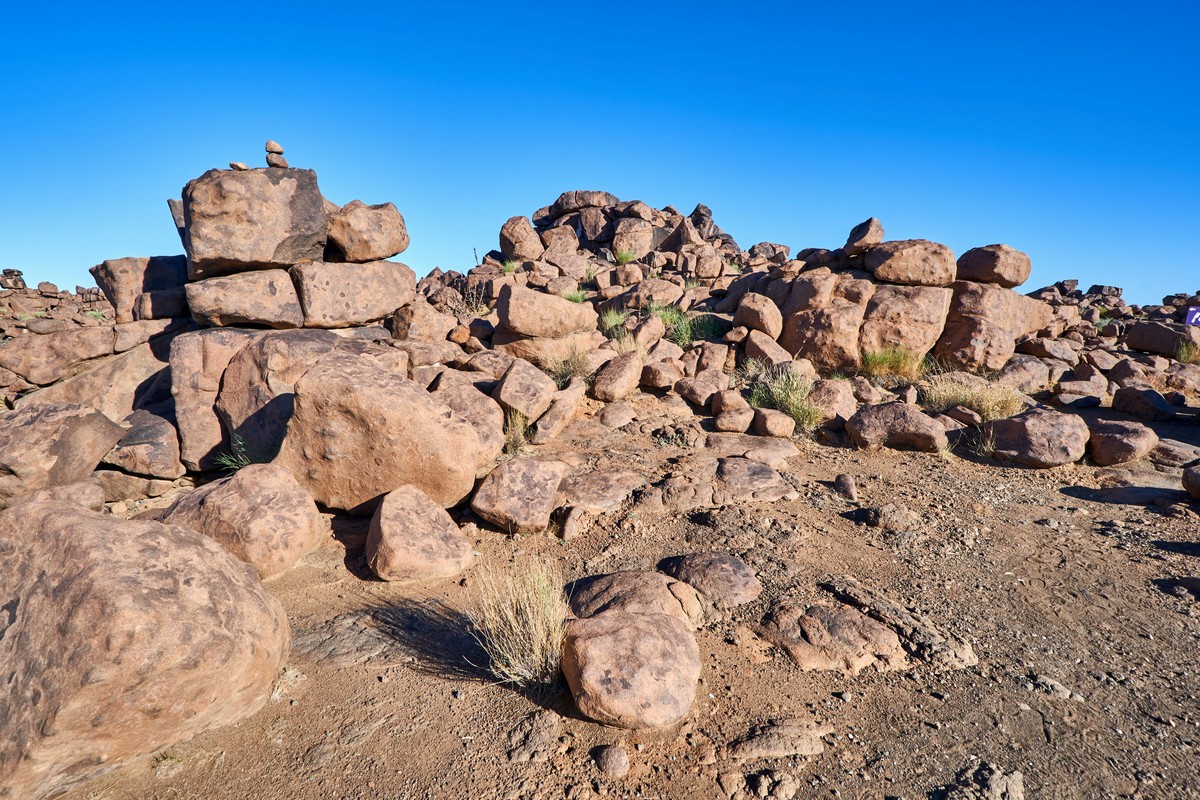 And the longer you look, the more things make sense! 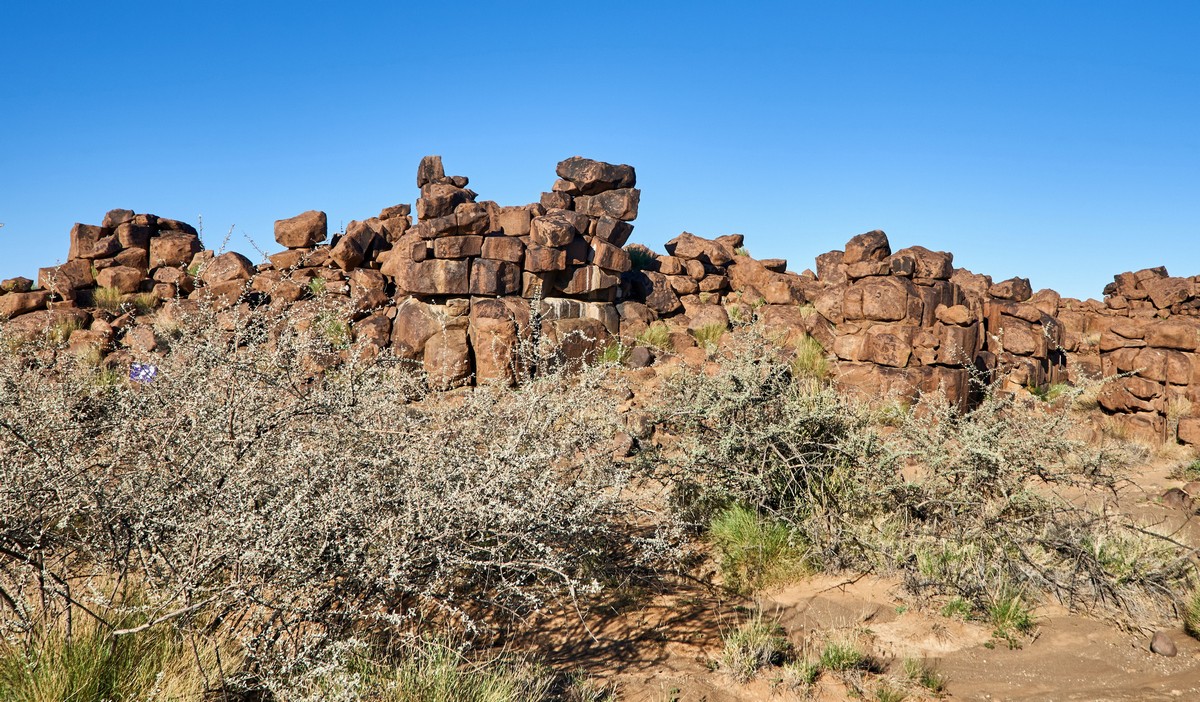 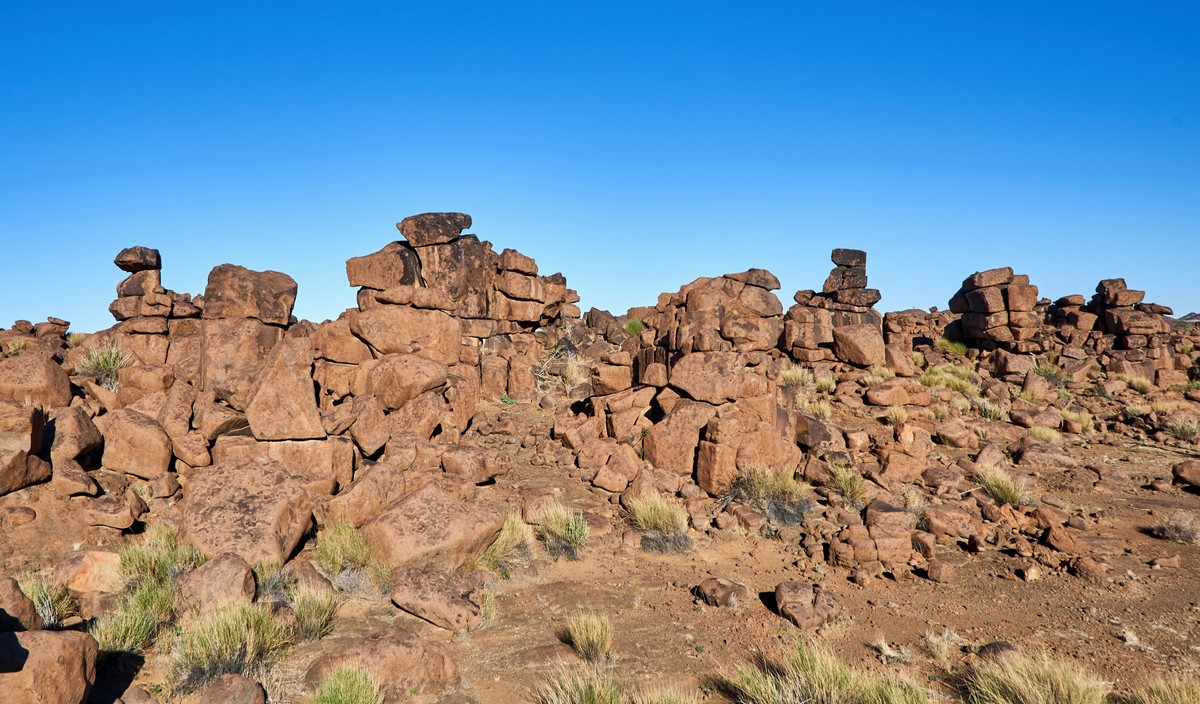 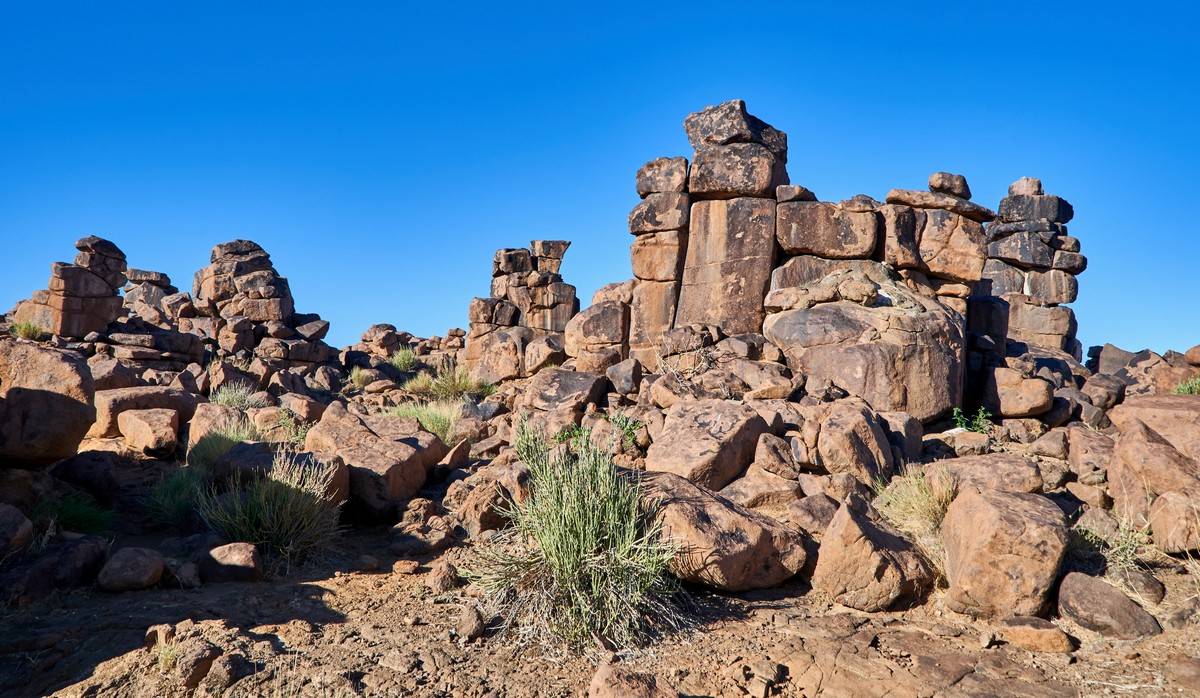 Is this rock just showing us its tongue, or is it some kind of message encrypted in stone? 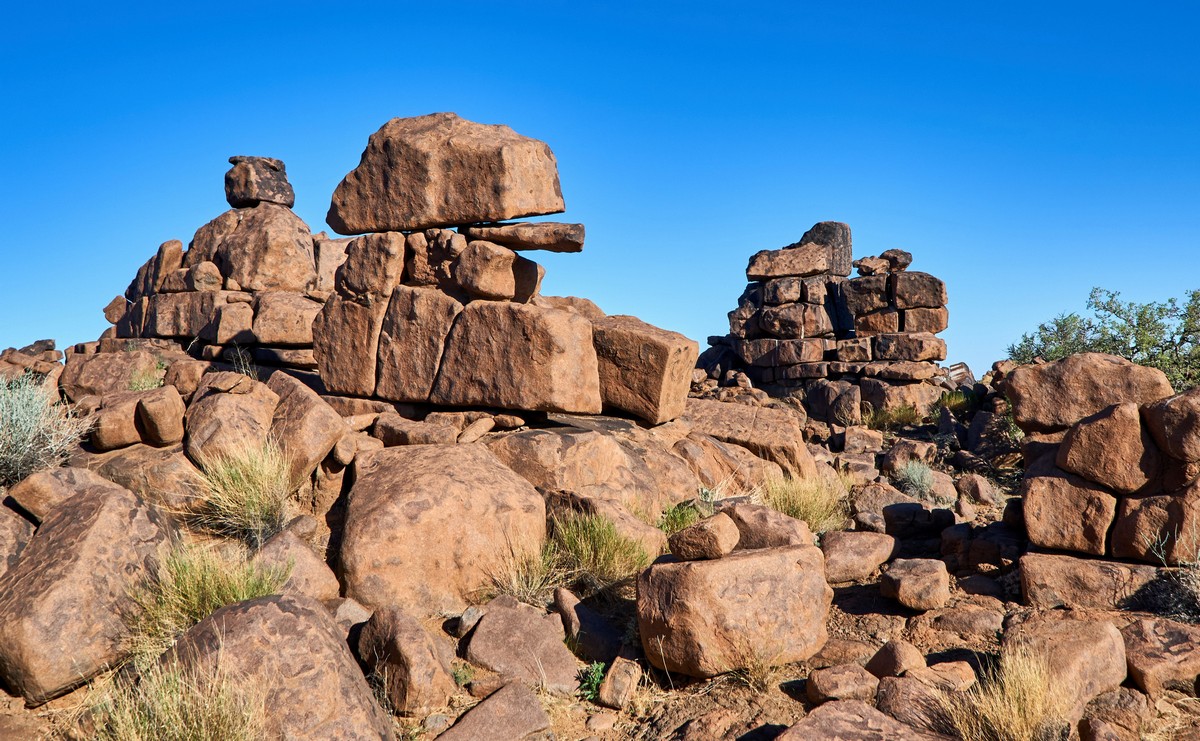 Do you still think this construction is the result of apathetic natural reasons? 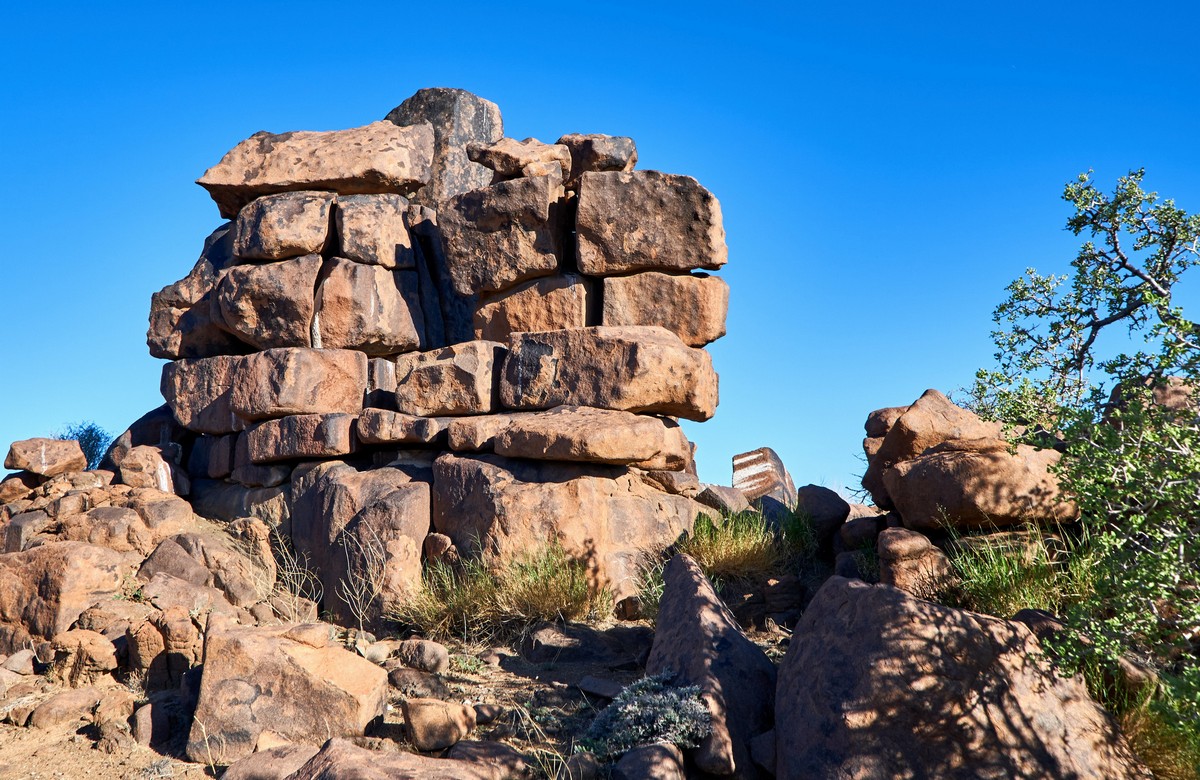 Ha-ha! Somebody was definitely playing with these stone blocks here many millions of years ago. Giants’ children…

The playground is endless. 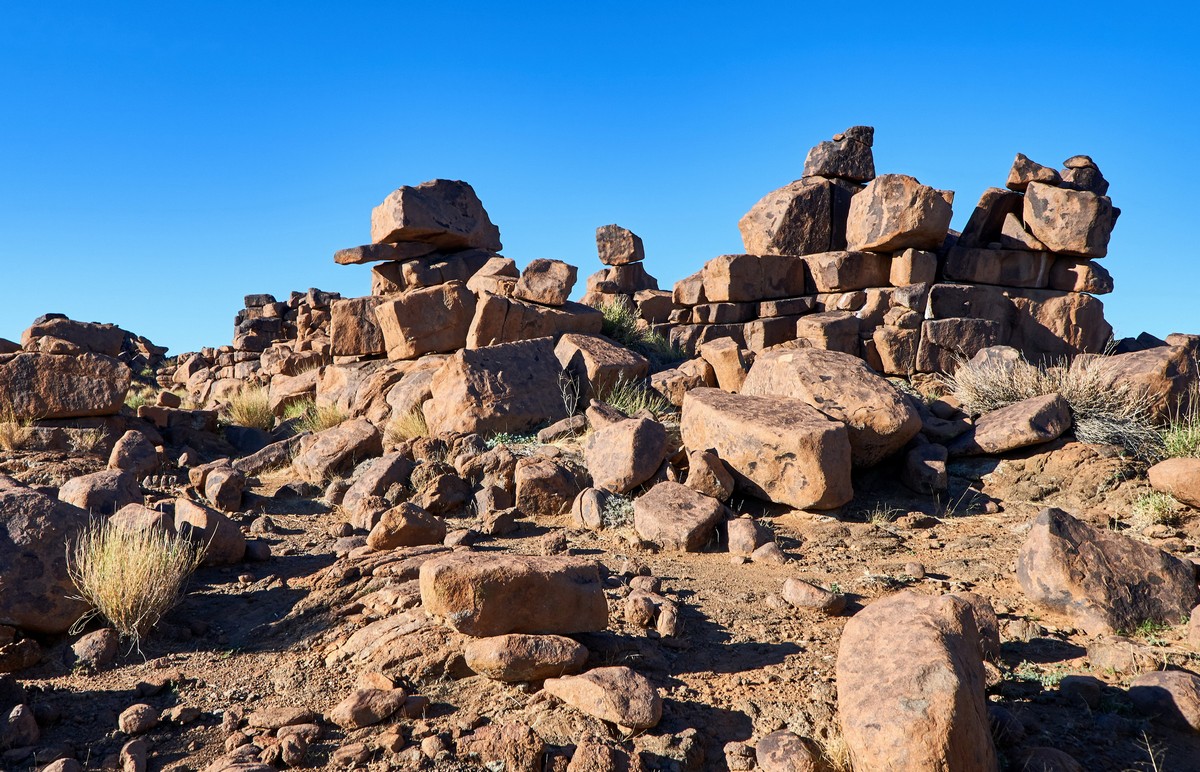 Well, it looked endless to us. The giants that used to inhabit this place may have crossed the desert distances as easily as we move around our kitchen – a couple of steps and you’re in the bedroom. Or in the children’s room. 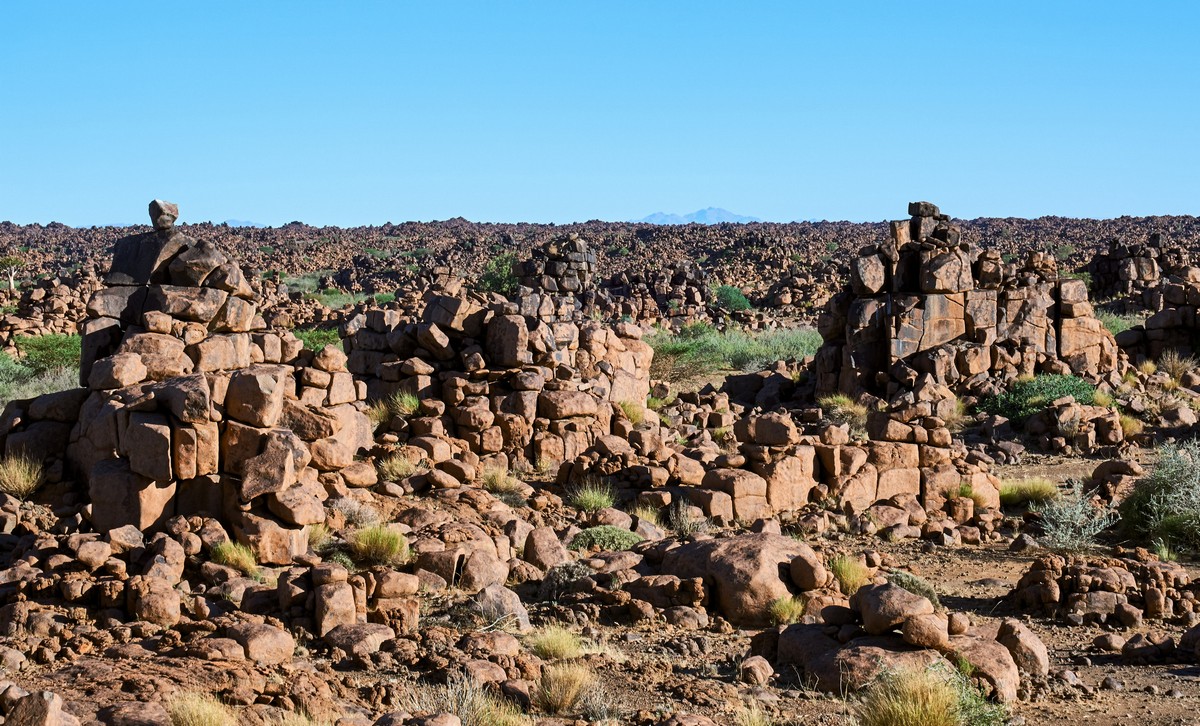 Or rather, vice versa – a couple of steps and you’re not in the children’s room but in the kitchen over there, behind those hills :). 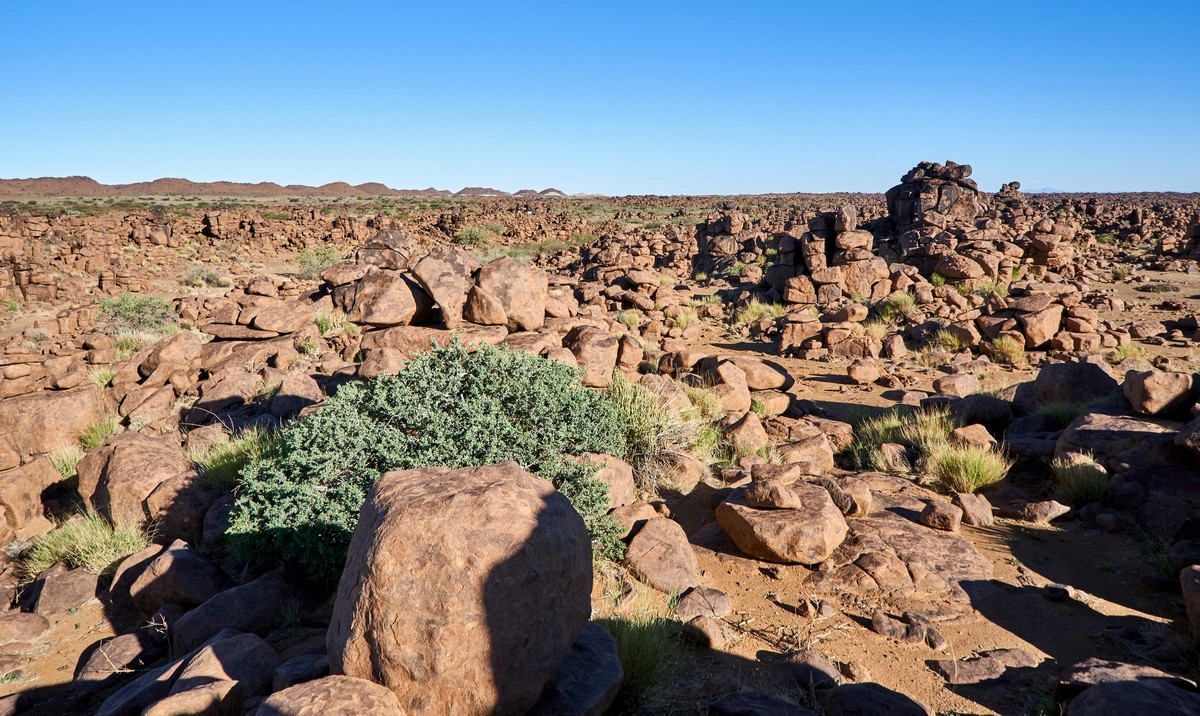 For the contemporary non-giant tourist, there are marked lanes everywhere so as not to get lost. 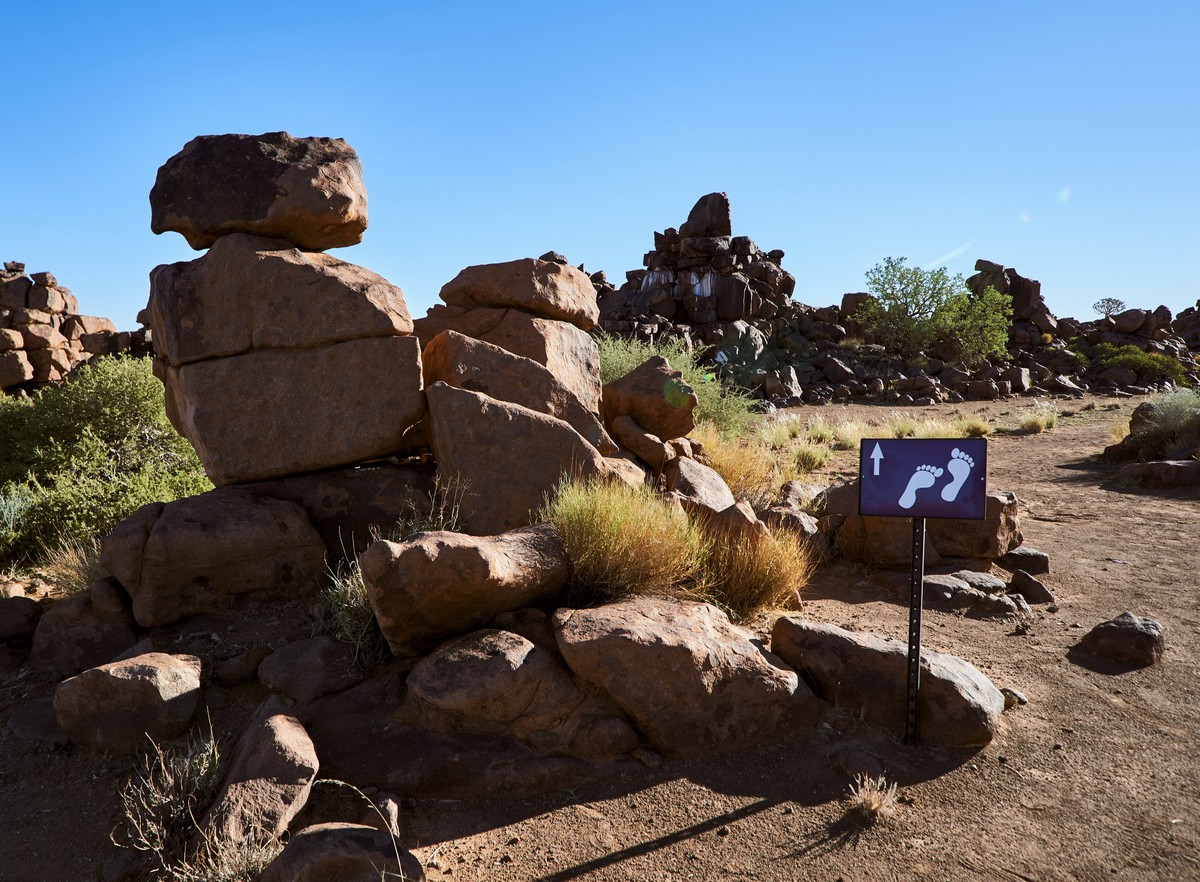 But when you dive into this labyrinth of stone constructions… you just want to get closer to the stones and walk further on. It must be very easy to get lost here if you don’t know anything about the motion of the sun through the sky and you don’t have a watch on you. Knowing where north and south are, you’ll get out of this labyrinth without any difficulty. But there’s a special sign on the exit – I’ll tell about it a little later. In the meantime, I suggest you take a long look at these here installations -> 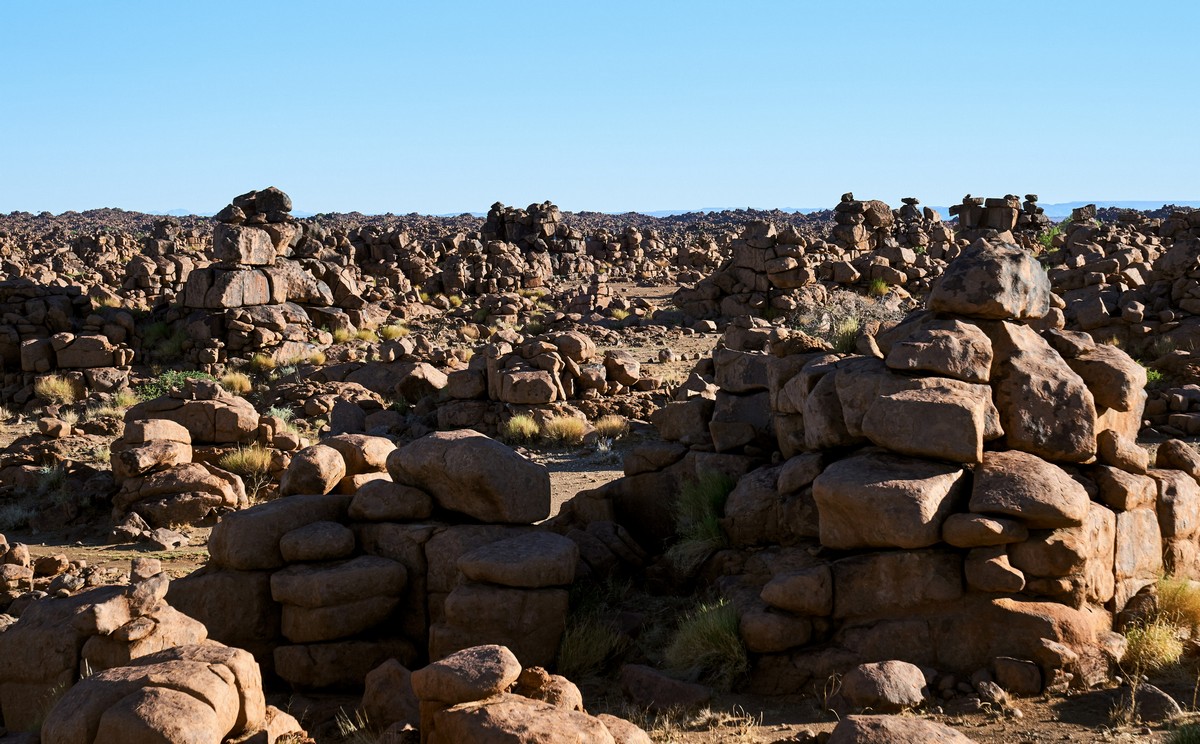 Oh, I’ve been too active loading you with all these stone pictures. But believe me, when you enter this ‘garden of stones’ and get hypnotized… You want to go inside and look closer… more and more, more and more. This place is unreal!

But we must not forget about safety :) 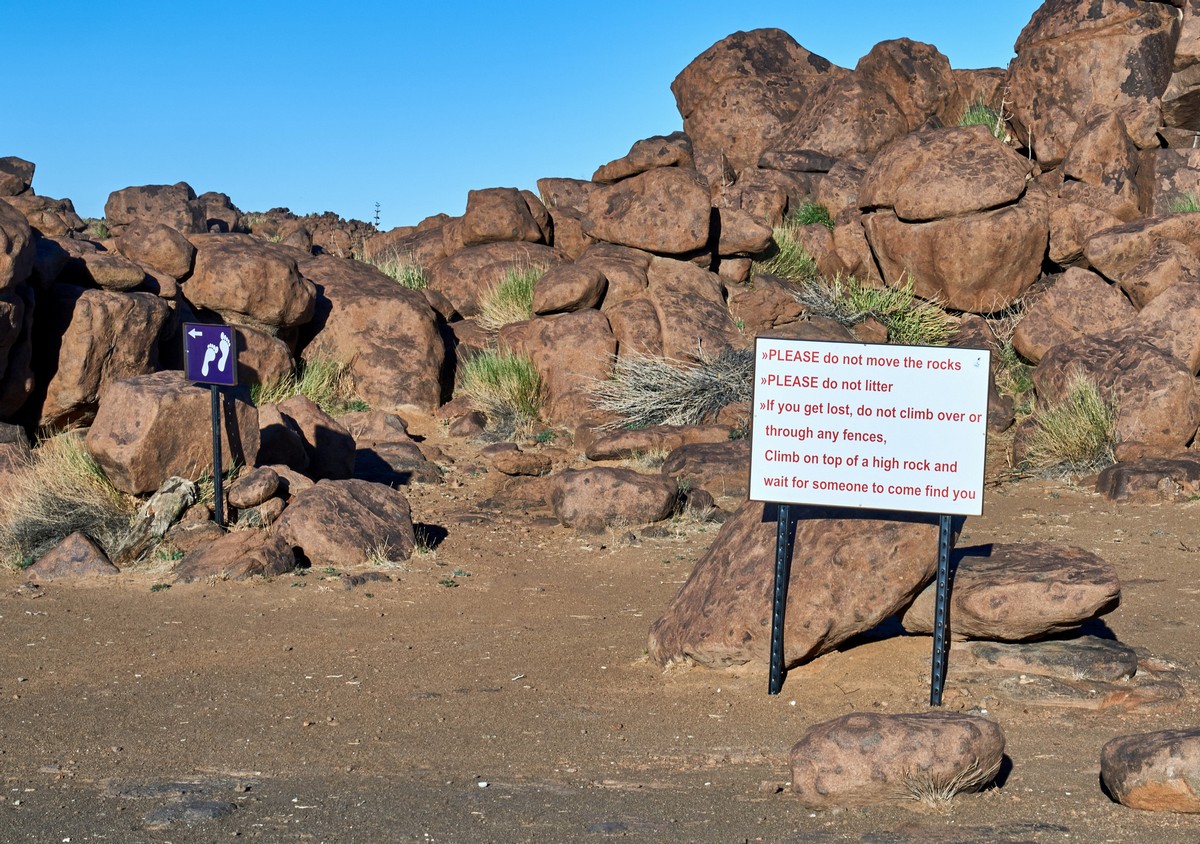 More pictures from Namibia are here.