On almost all the paved roads the speed limit is a liberal 120. // it’s not like Australia, where the speed limit on a six-lane highway as straight as an arrow is 100, with their cynical signs saying there’s “no tolerance for speeding”. 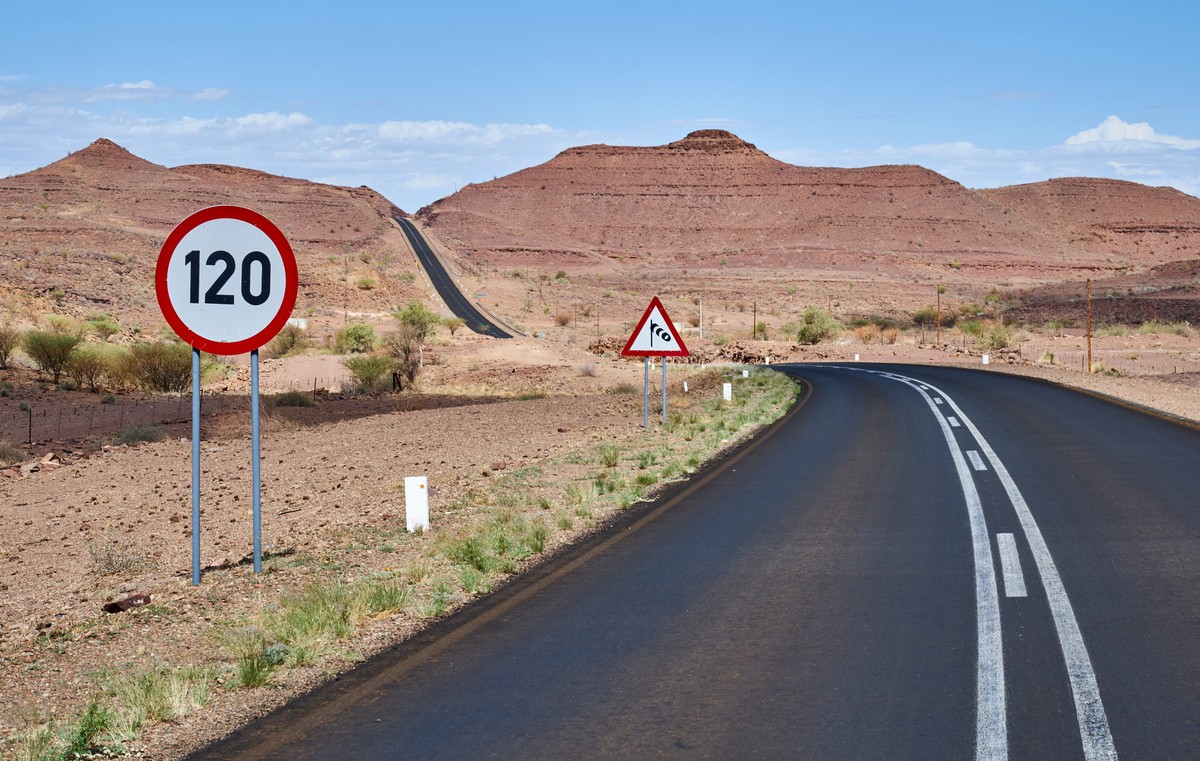 There are regular picnic areas. We didn’t use them, but it’s nice to think they’re there for you. It’s got to be under a tree or an awning of some kind. The sun isn’t always your friend here.

The roads appear to be cleaned regularly. There was no sand on the asphalt except in strong winds. But you meet the odd critter every now and again… 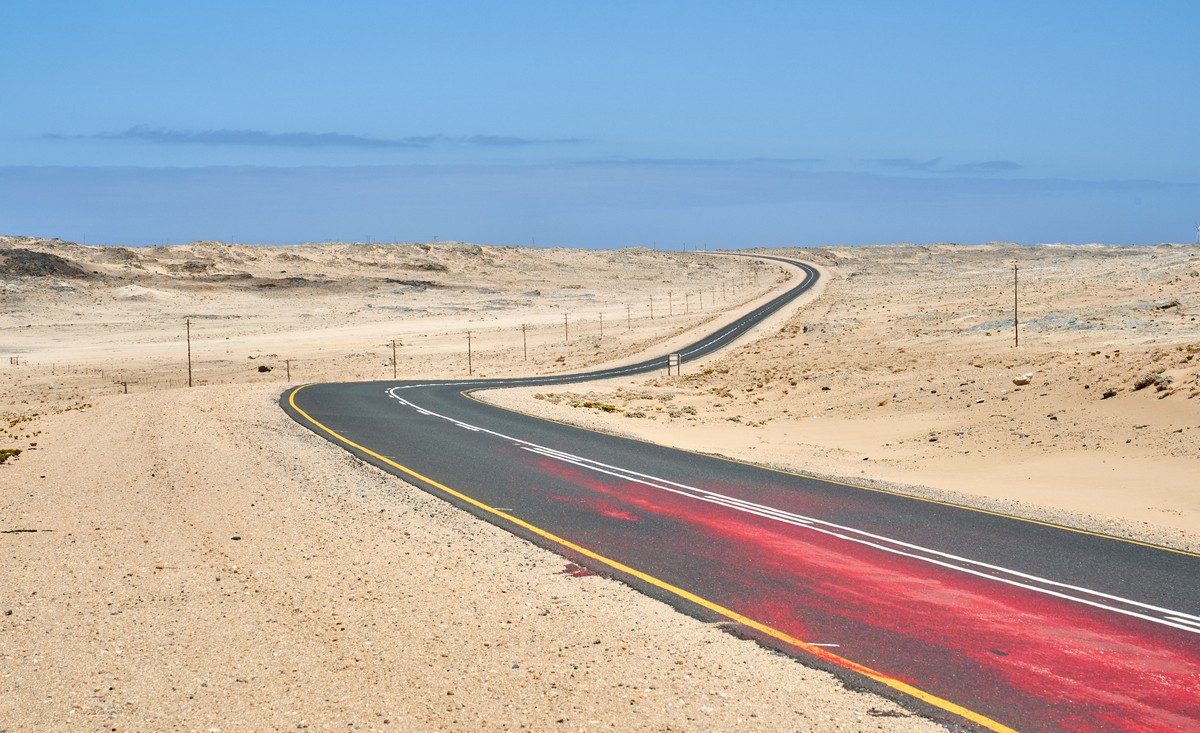 “Whirlwinds of danger are raging…” in the desert.

When the asphalt surface ends, the road doesn’t immediately become impassable. In some places it’s hardened with salt, which in dry weather (and it’s always dry here) doesn’t differ too much from asphalt. The sand roads are great too! Or solid earth and stone:

The roads are clean and level – perfect for driving! You come across these kinds of cars a lot the further you travel from the asphalt roads. 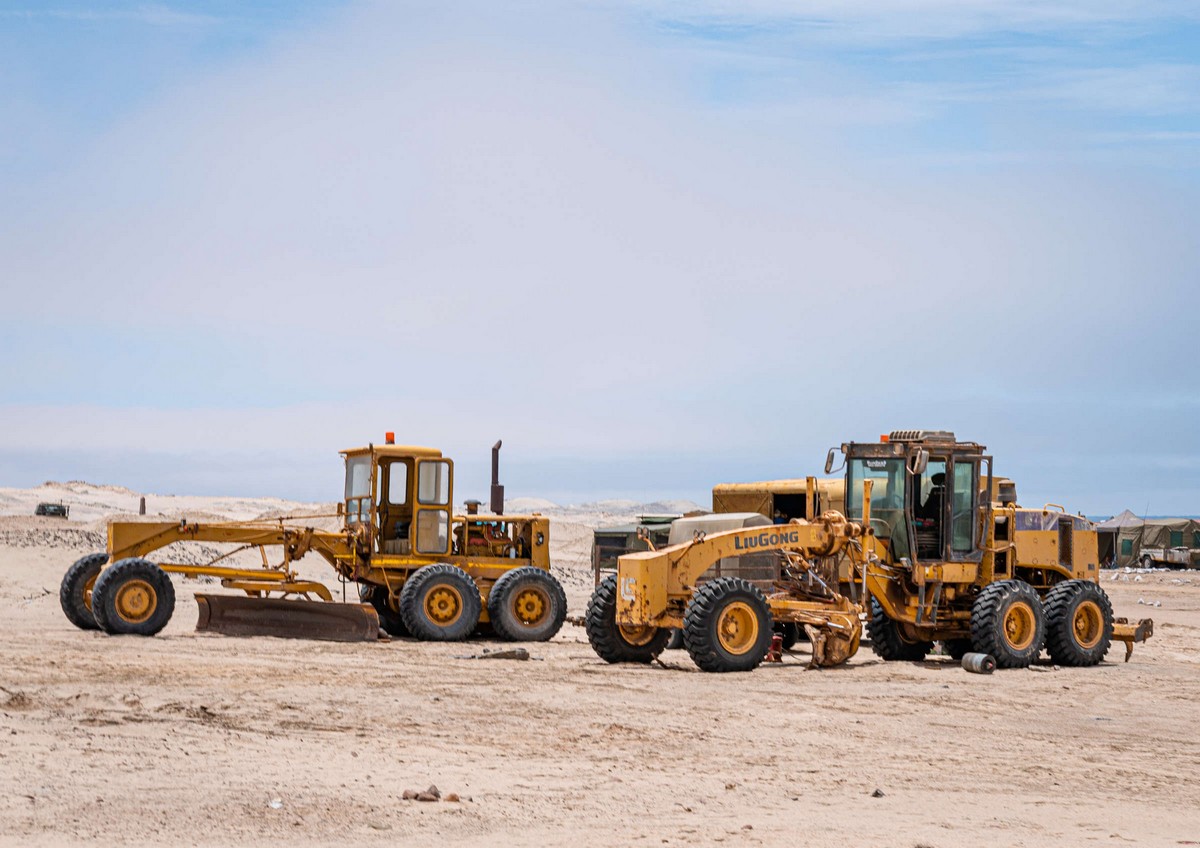 Of course, not all the roads are perfect. A couple of times we encountered brutal ‘roads’ that were more like washboards. But they eventually gave way to fairly decent dirt roads. And with unbelievably beautiful views…

I think I’ve already posted these photos, but I can’t help it. The views are just amazing!

There are no problems with the road markings (on the paved roads) or road signs (everywhere) either.

There are also railroads here.

No idea what this is… Small piles of sand on the road. It looks as if something’s buried in there. Or some larvae has hatched and climbed out. Hope it’s not poisonous :)

Brightly colored gas stations are a big thing here. Especially out in the middle of nowhere. This is the Canyon Roadhouse on the way to Fish River Canyon // the link lies saying that it’s “the second largest canyon worldwide after the Grand Canyon in the USA”. What about the in Dagestan? OK, I won’t be pedantic. Here are some photos from a gas station somewhere in the Namibian desert:

The atmosphere inside blends in harmoniously with the overall experience.

Animals are commonplace on the road. In some areas, the speed limit is even 80 to prevent the driver from hitting the dozy ones.

Now here we are at Fish River Canyon…

But that’s a story in its own right. In the meantime, this is what the day’s trip looked like. 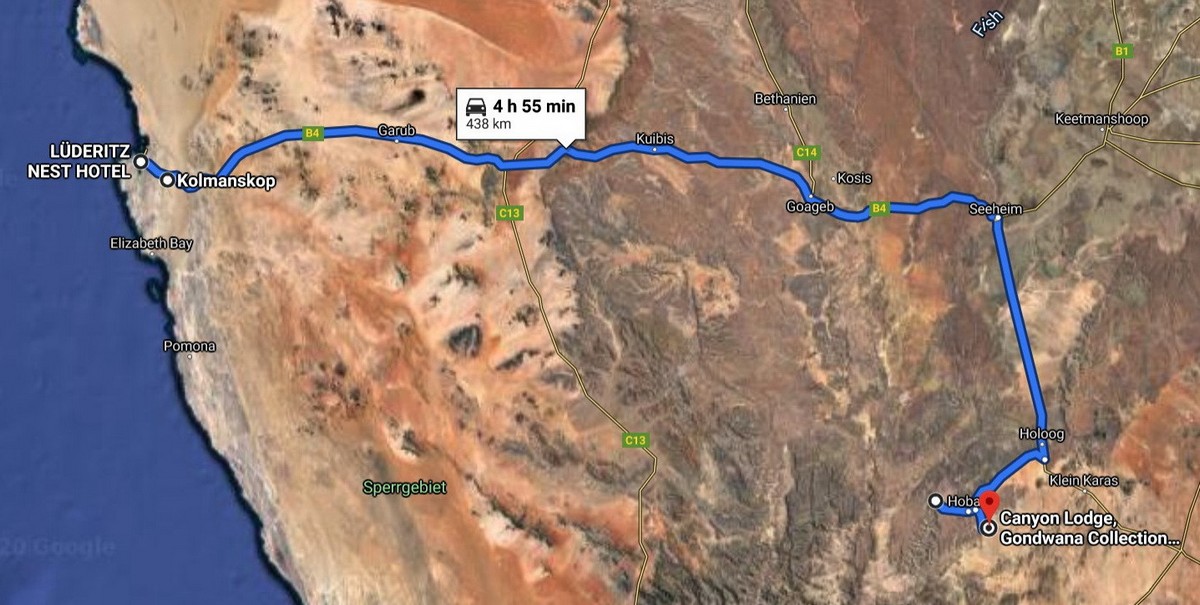 There are more Namibia photos here.