The town is located in an area almost devoid of life. But rich diamond-bearing deposits are a good enough reason to build a town in the middle of nowhere.

A bit of history – and it’s worth knowing.

According to the internet, people had known about the existence of a diamond-rich area in these parts for a while, but nobody knew where exactly to mine. At some point, a local railway worker (and there was already a railway line at that time) asked some workers to search for shiny stones.

At the settlement they told us the slightly different story of how diamonds were found by chance when someone went for a walk in the desert at night and saw them shining in the moonlight. But I think this may be a modified version of the same story. It happened in 1908.

Apparently, the deposit was so rich that diamonds were just lying underfoot and they simply picked them off the ground! Here are some pictures from the local museum: 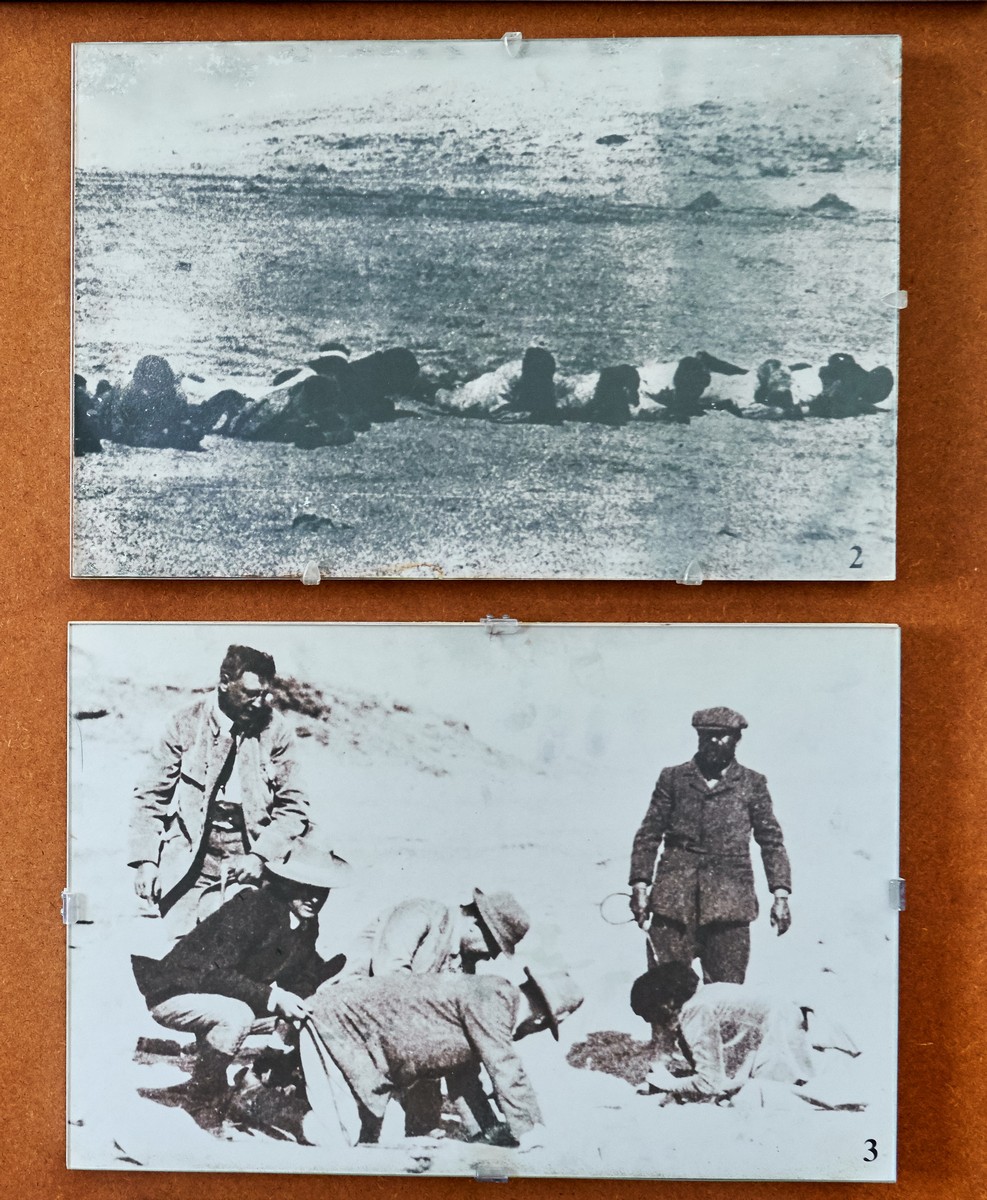 A diamond rush ensued, and a “diamond” town was built from scratch in the local desert. It was obviously a well-built town as it still stands today. It had just about everything a town needs – houses, a shop, a hospital, a school, a restaurant (also used as a theatre and a gym). Even in 1911 (according to the internet), every building had electricity! The only thing that was missing was water, which was delivered from the town of Lüderitz 10 kilometers away. Of course, there was a local brewery because this was a German town :) And the population totaled more than a thousand people.

However, the diamond field was slowly depleted, and diamond mining became more and more labor-intensive.

Eventually, the diamonds ran out completely, while other rich deposits were found nearby, and the town started to decline. In 1956, less than 50 years after its foundation, it was finally abandoned. However, De Beers, which bought up the diamond mines back in 1920, partially renovated the town in 1980 and turned it into a tourist attraction.

The main building – the theater+gym in one room. 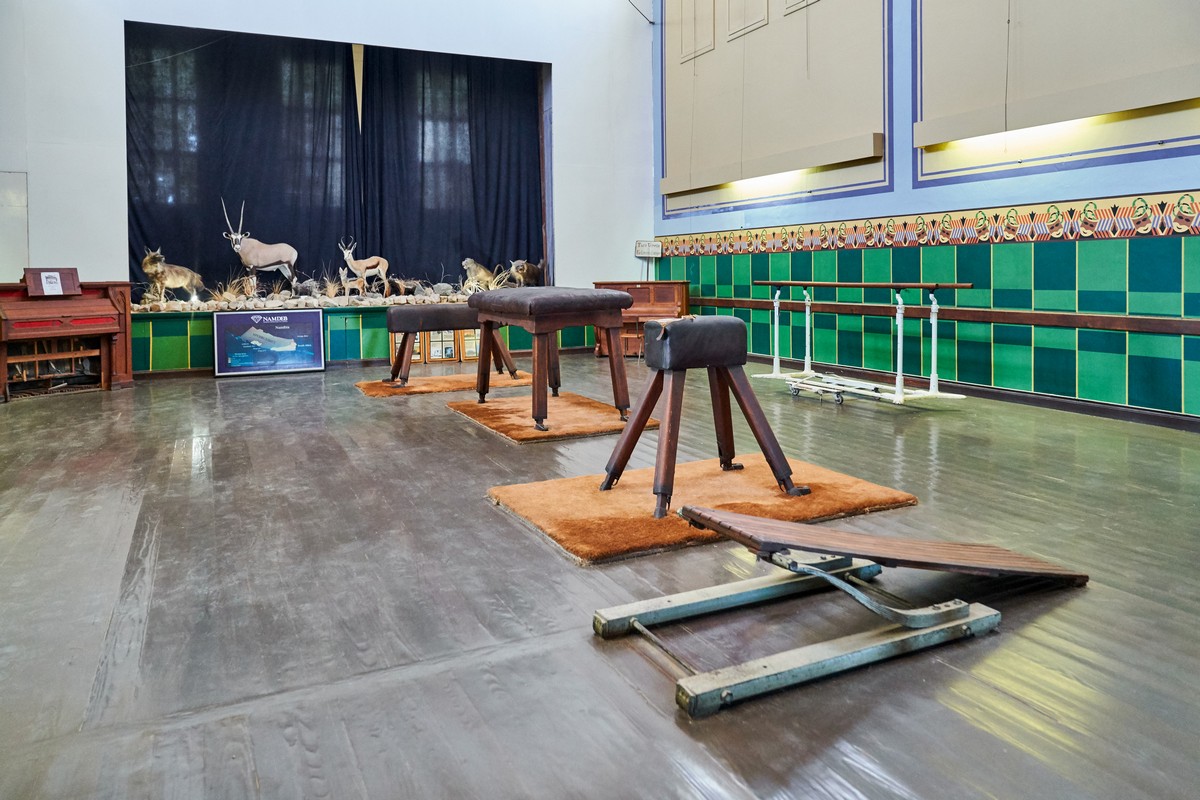 The most interesting part of the museum explains how diamonds were stolen from the mines. All sorts of ways! Hidden in shoes, concealed in a variety of equipment, tied to pigeons, fired from crossbows. The workers were very inventive :)

Now it’s time for a wander around! There’s not much to comment on or tell. Just walking, watching, enjoying.

Houses for the bosses:

“Lehrer” = teacher? Yes, families did live here; there was a school. 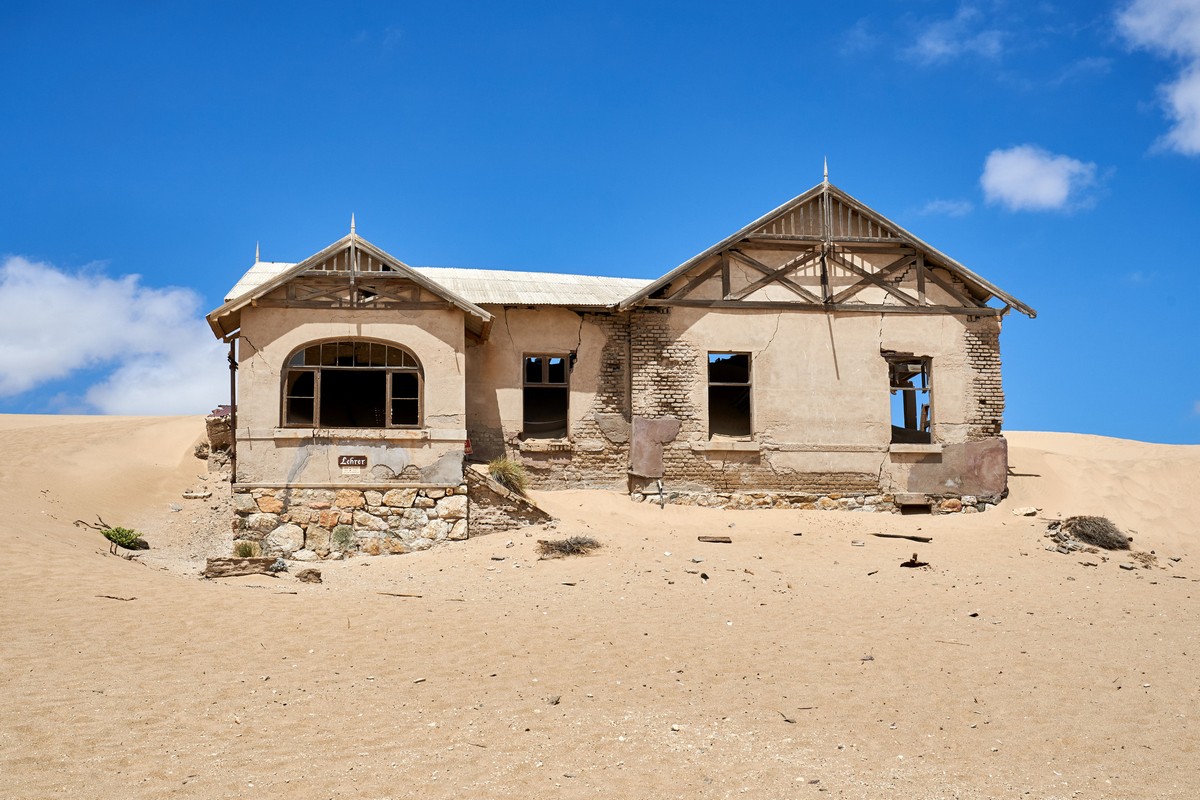 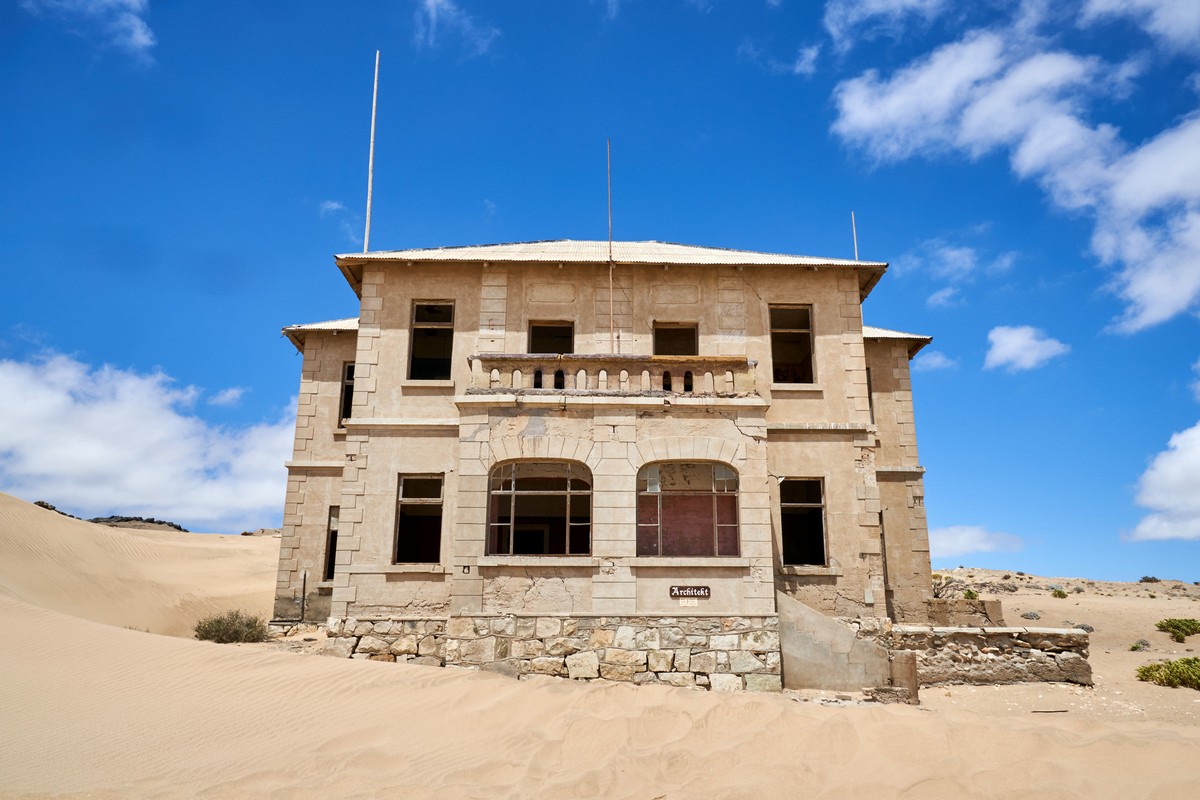 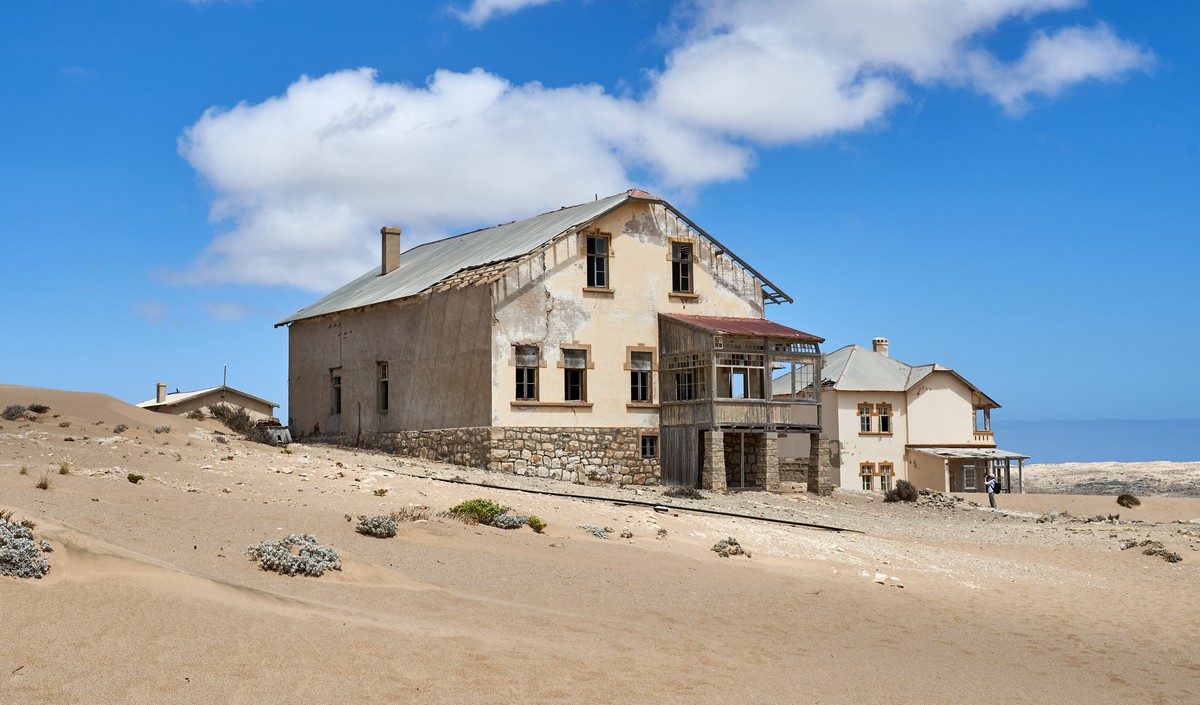 Let’s have a closer look… 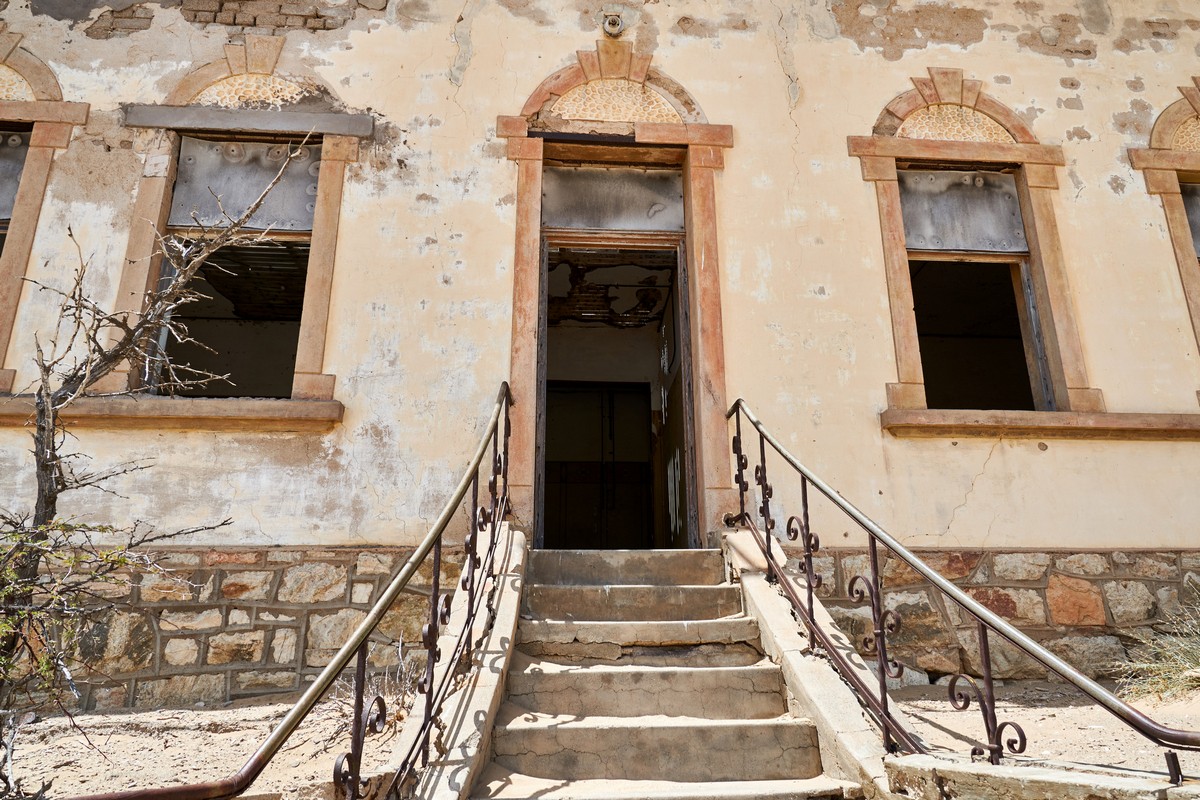 Not too much sand in here! It probably gets swept out all the time. 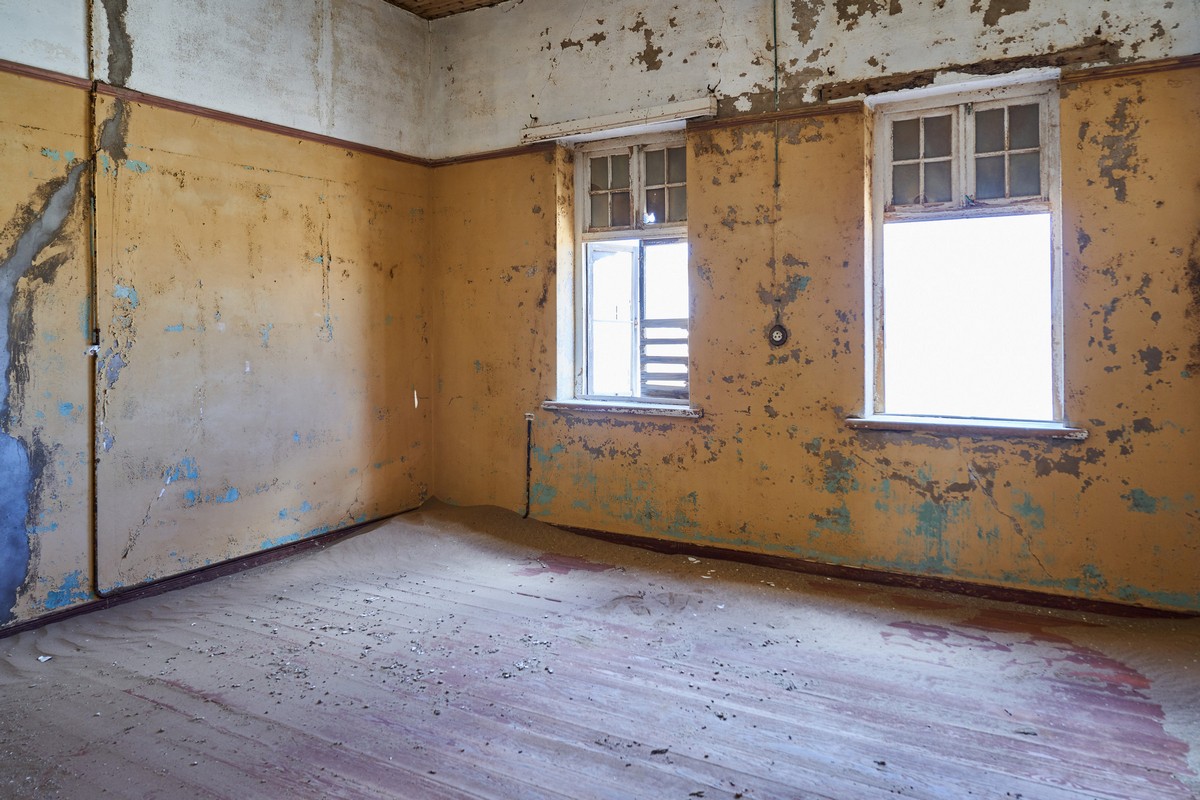 It’s not so bad actually. The houses were well built and the climate is dry; after 100 years on Kamchatka or the Kurils they’d look a lot different :) 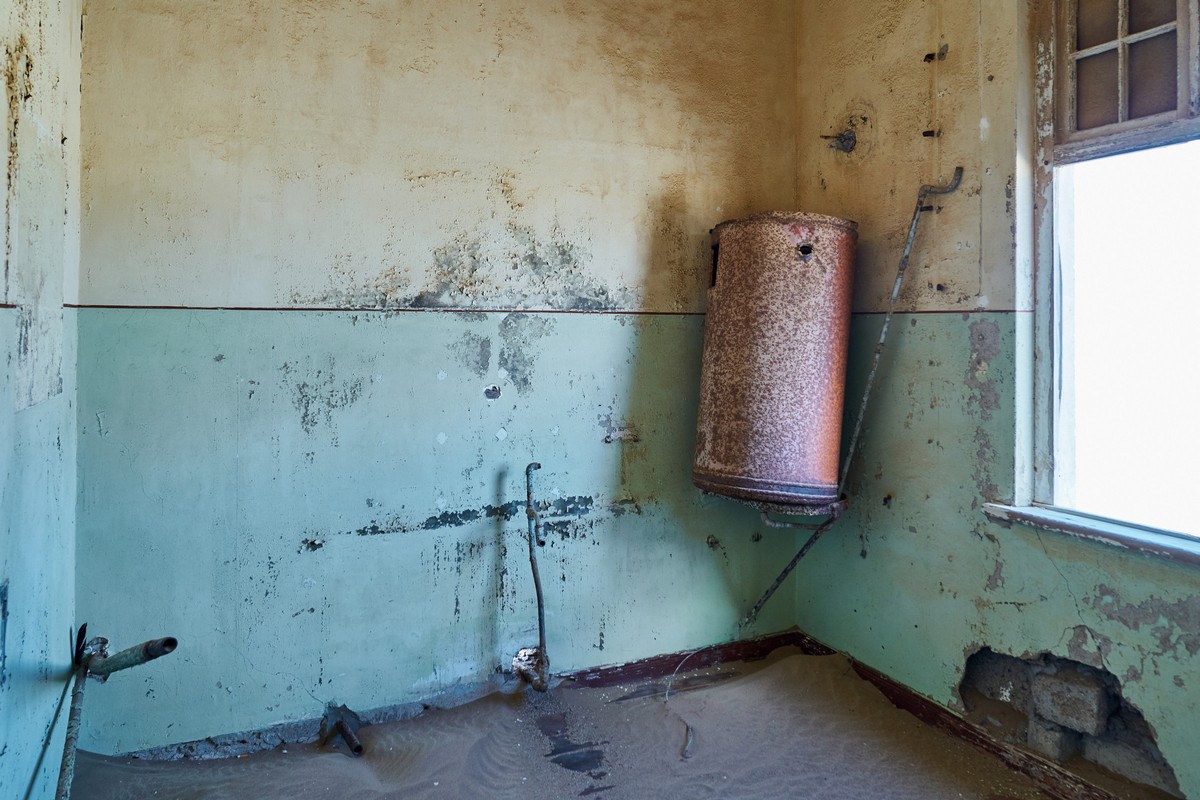 Looks perfectly inhabitable! Like a summer house in early spring – “the owners will be back any day now” :) 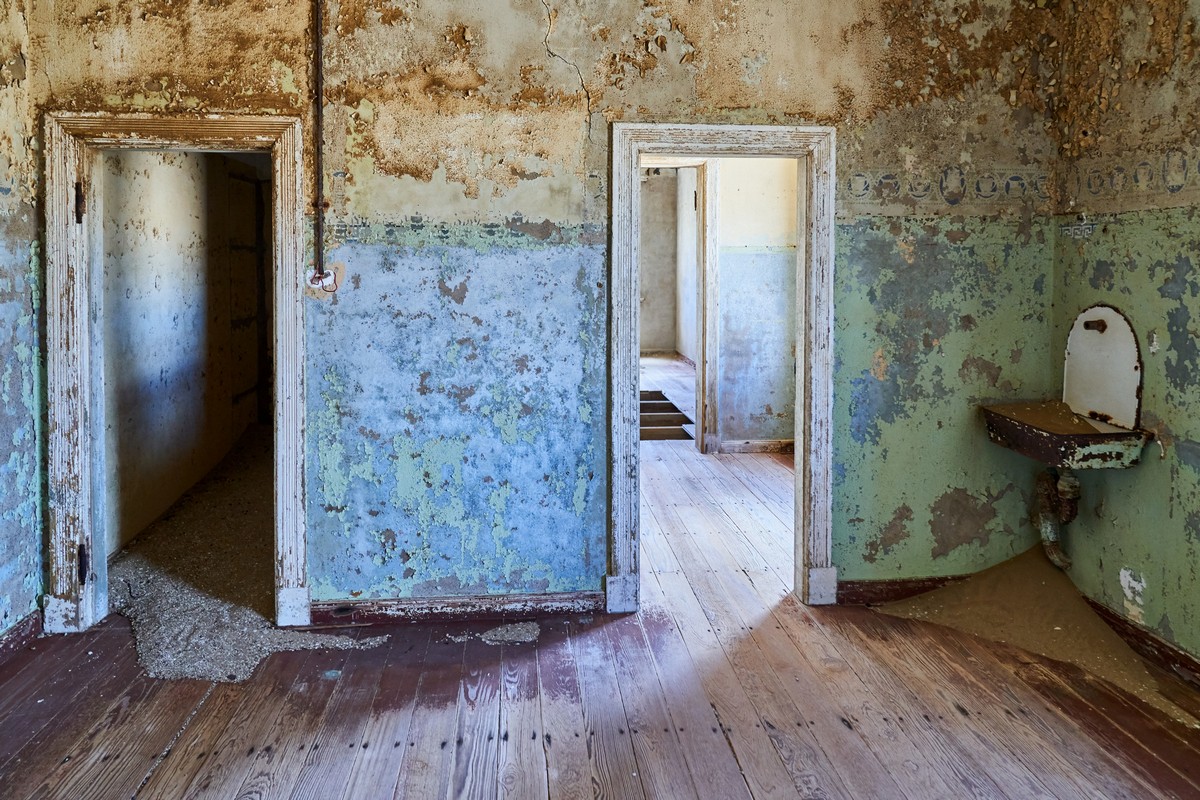 And whose palace is this? “Minenverwalter” – must be the home of the biggest boss.

You could walk for hours here just admiring the ruins, wondering how it all managed to survive in this state, or imagine what it was like here before… To breathe history, literally. 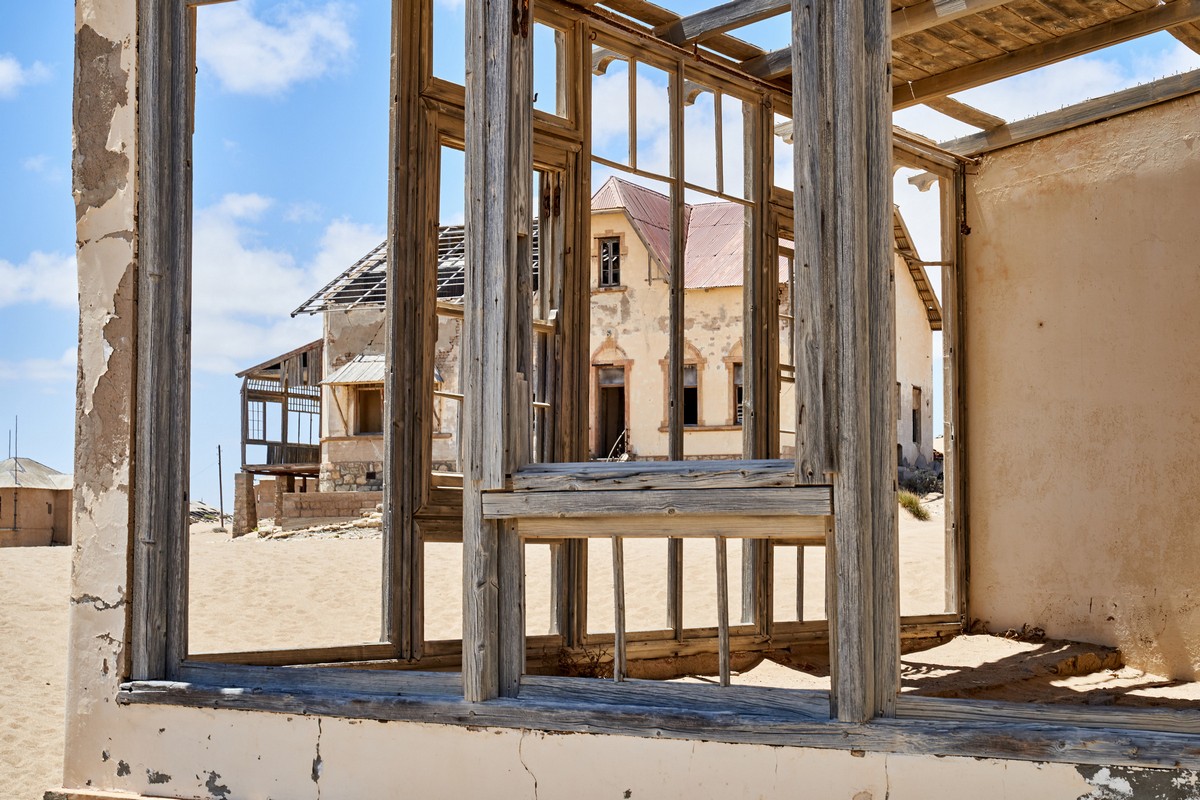 But it’s time to go! Loads of other interesting things await!

There are more pictures from Namibia here.