A bit like with the Valley of Death, though its name is macabre and ominous, Deadvlei couldn’t be more beautiful! The locals realize this too, for this here ‘Dead Marsh’ clay pan with its dead forest upon it is the ‘business card’ of the country: any search on the internet for anything at all about the country returns photos of the place.

The trees, though dead, really are striking, especially given such a vast barren backdrop. You can meditate upon them, in-between taking photos of them, for ages. Which we did…

We were ages taking pics too – as you can see…

Hard to imagine this was once a marsh. But it was – with trees, rushes, lotuses, and frogs jumping around and about them!

In the following pic, so you get an idea of the scale – the dune to the left of the plateau is 300+ meters high. 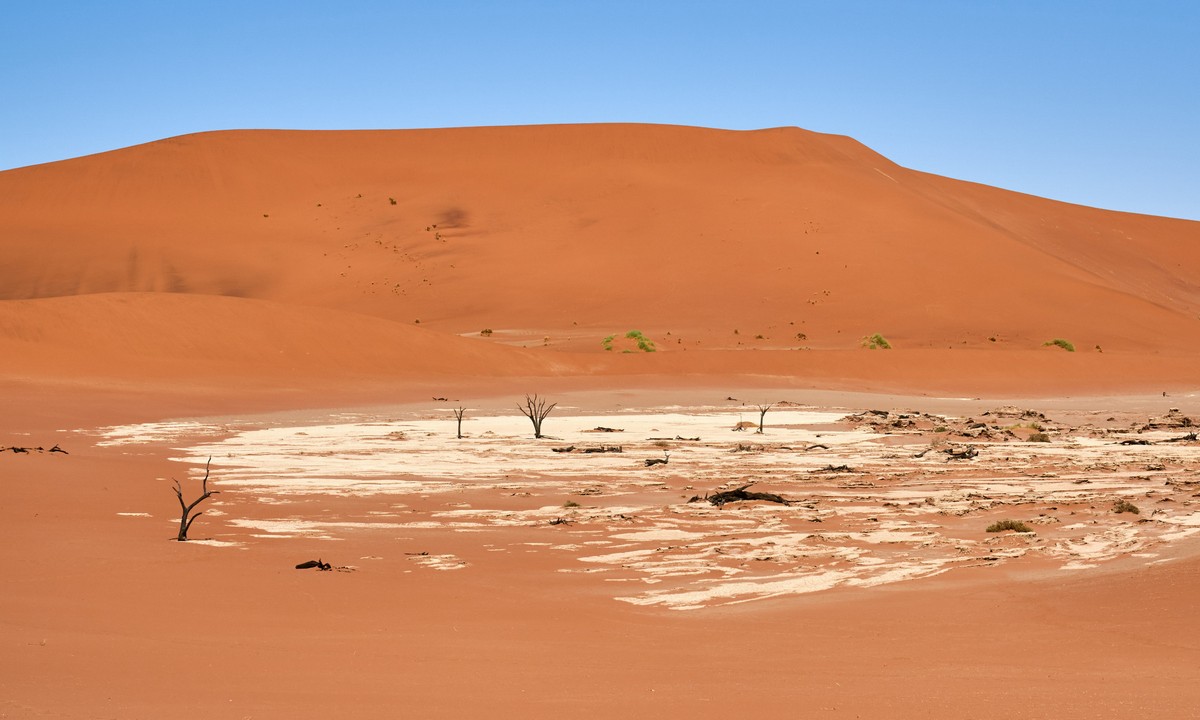 Deadvlei is real popular with tourists, but fortunately while we were there it was pretty quiet and unpeopled. Which was perfect: my fantasizing about what it used to be like here with water went undisturbed ). 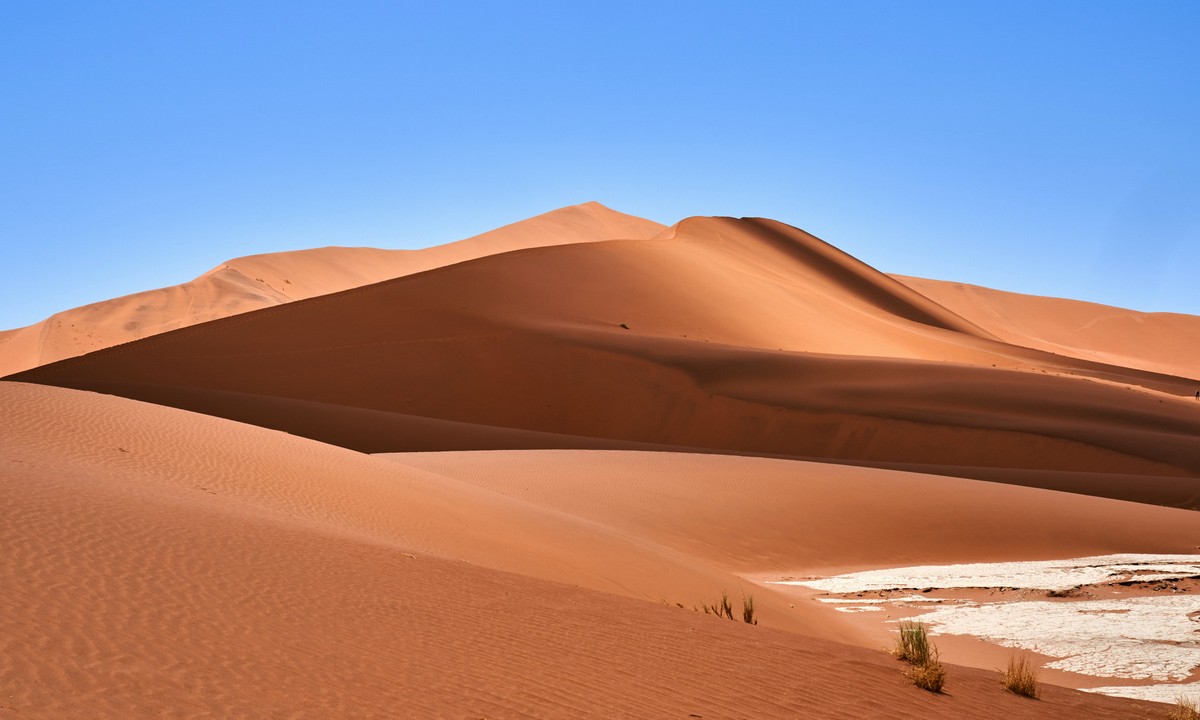 Little clouds arrive to add to the grandiosity…

A last look back at Big Daddy, and it was time to leave… 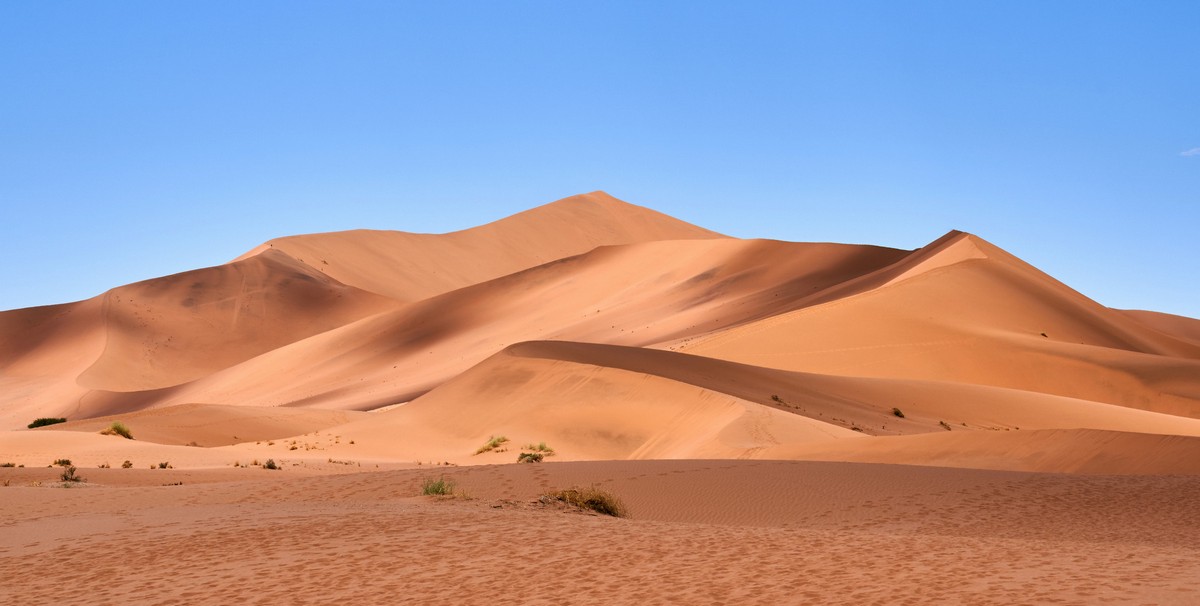 …For it was approaching noon, the sun was becoming silly hot, and the sand, as a result – you could probably fry an egg on it! Or a full joint of beef. Or you could smelt glass, steel… At the very least – come away with blisters on your feet.

This place is called Sossusvlei, which means the ‘marsh of no return’. Apt. As apt as Deadvlei itself.

It was getting so stiflingly hot that even the oryxes (one of the national symbols, btw) were sheltering in the shade (of what appeared to be old wooden WCs!). 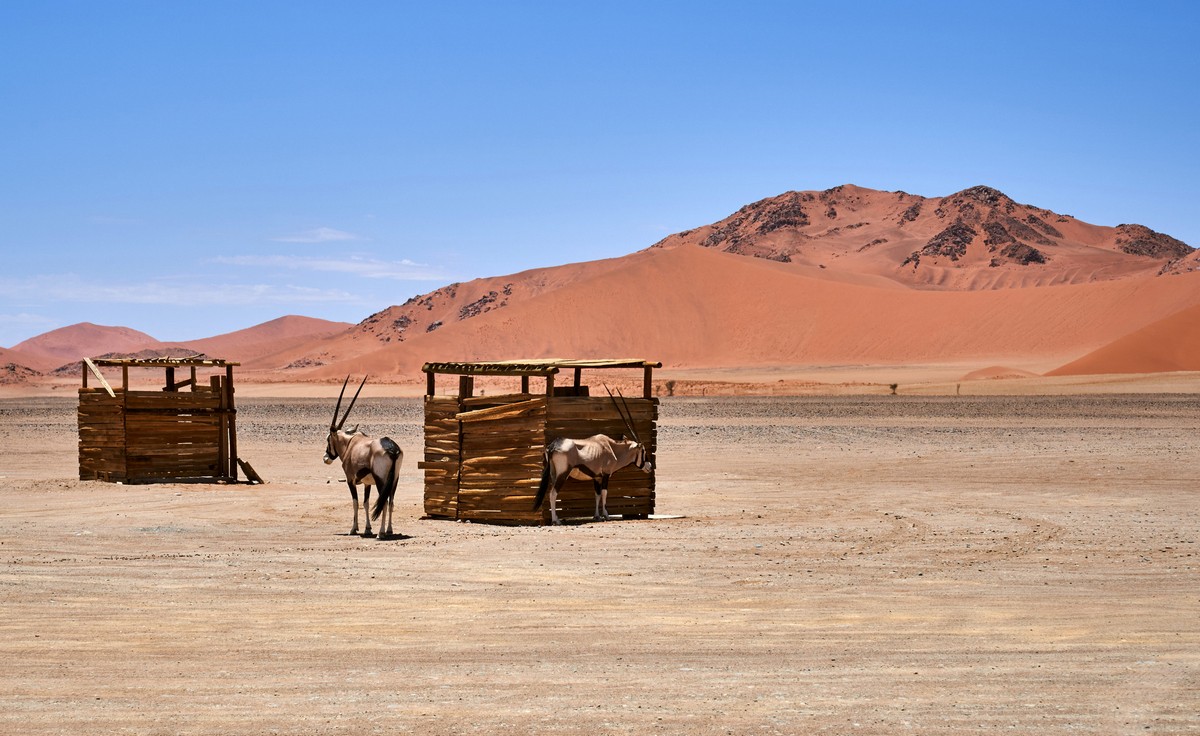 Upon leaving, our guide showed us these here circles in the sand: 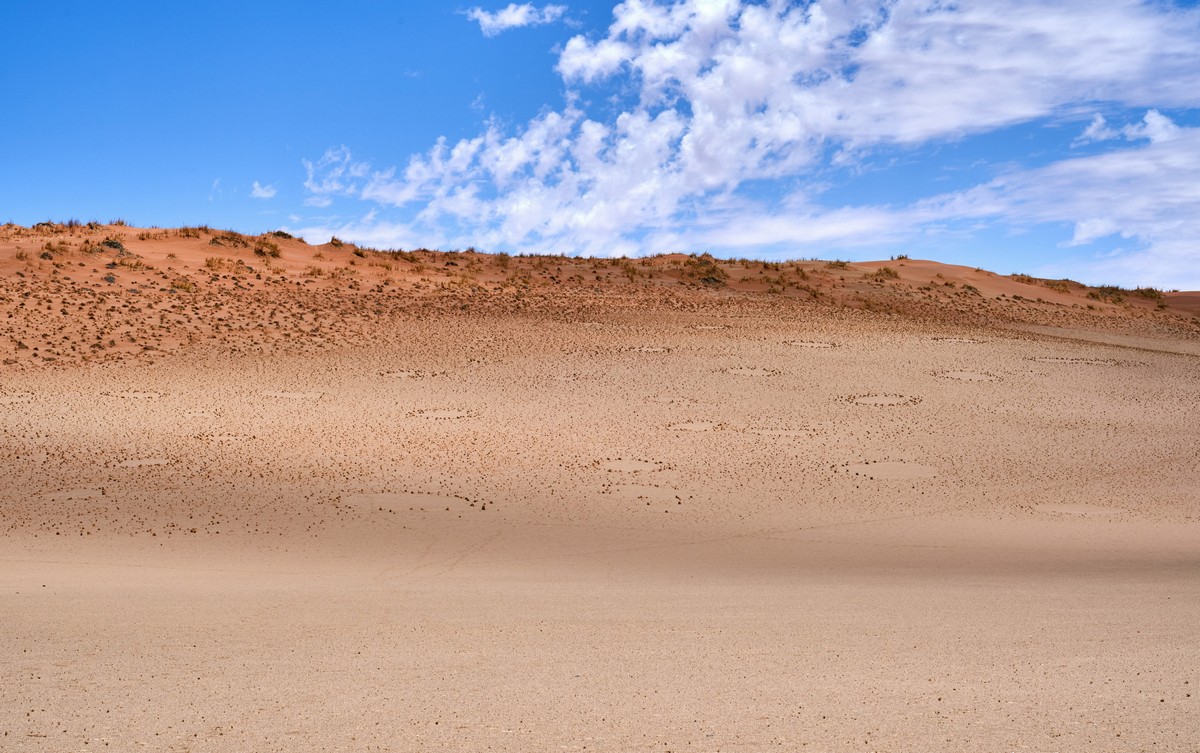 Turns out the circles are a complete mystery. Inside them – no stones whatsoever, and no vegetation either! 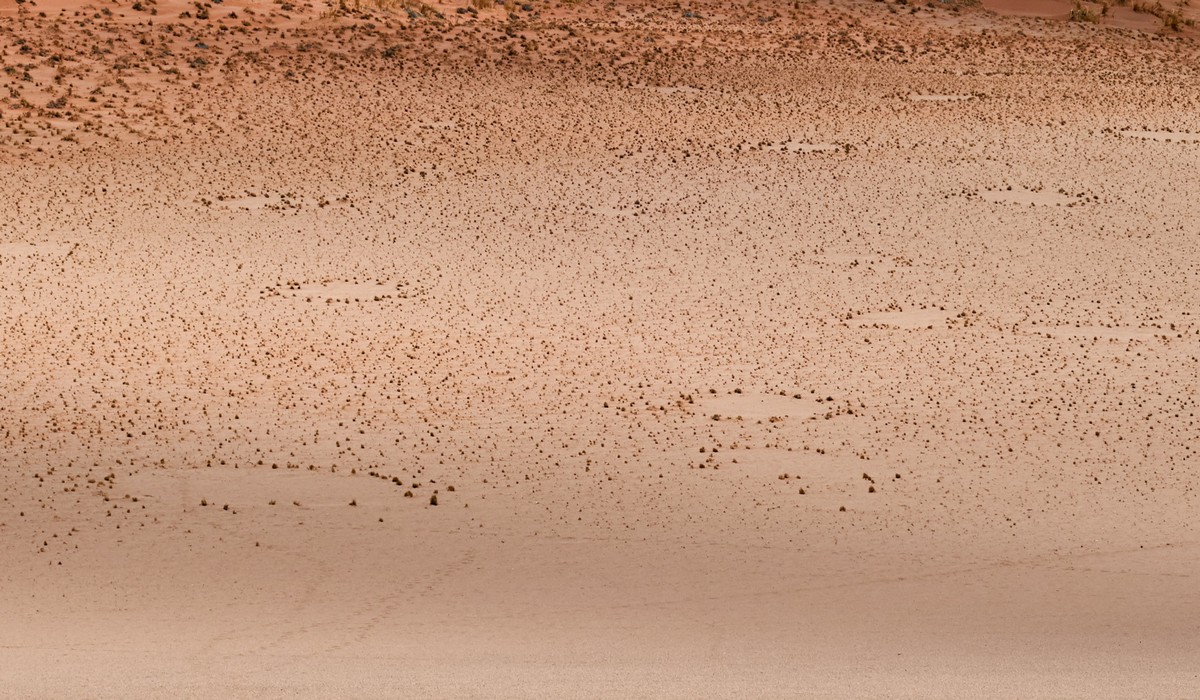 I reckon they’re the work of a sand mouse or something like that. He just sets up shop – marks his territory. He eats all that can be eaten, removes the pointy stones that spoil his lie-downs, and that’s that… and it’s time already for one of those lie-downs for 40 winks! The larger circles – for the fatter mice; the smaller ones – for the gym-goers. Such were my musings as we passed the circles, but I kept them to myself. Didn’t want our guide confusing my customary wild imagination with… sun-induced delirium ).

The rest of the pics from Namibia are here.