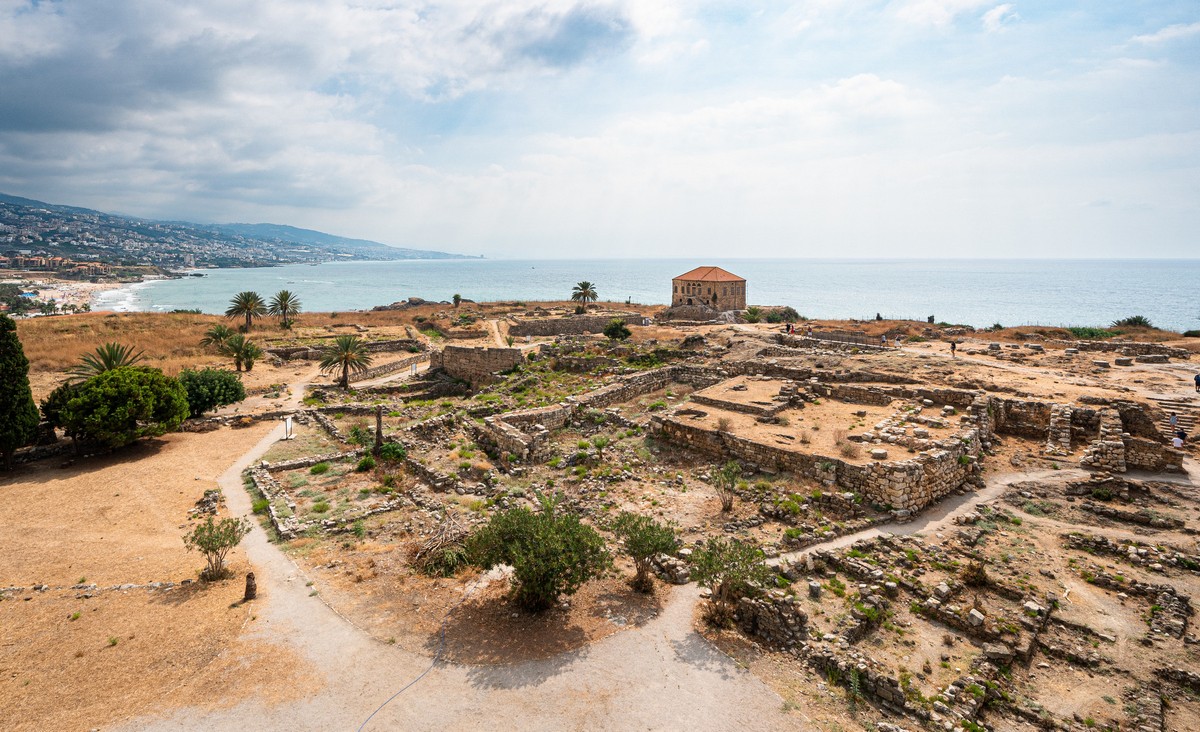 Curiously, the Russian Wikipedia page states that the word Bible – yep, that book you’ve probably heard of – comes from the name of this city, which in ancient Greek meant papyrus. However, the English Wikipedia page – plus our guides – state that the city was named by the Greeks Byblos as much papyrus was imported into the city via its port. Well, similar theories at least. Wait – it had other names: Gubla; later – Gebal. Today – Jbeil. Confused? So is the rest of the world ). 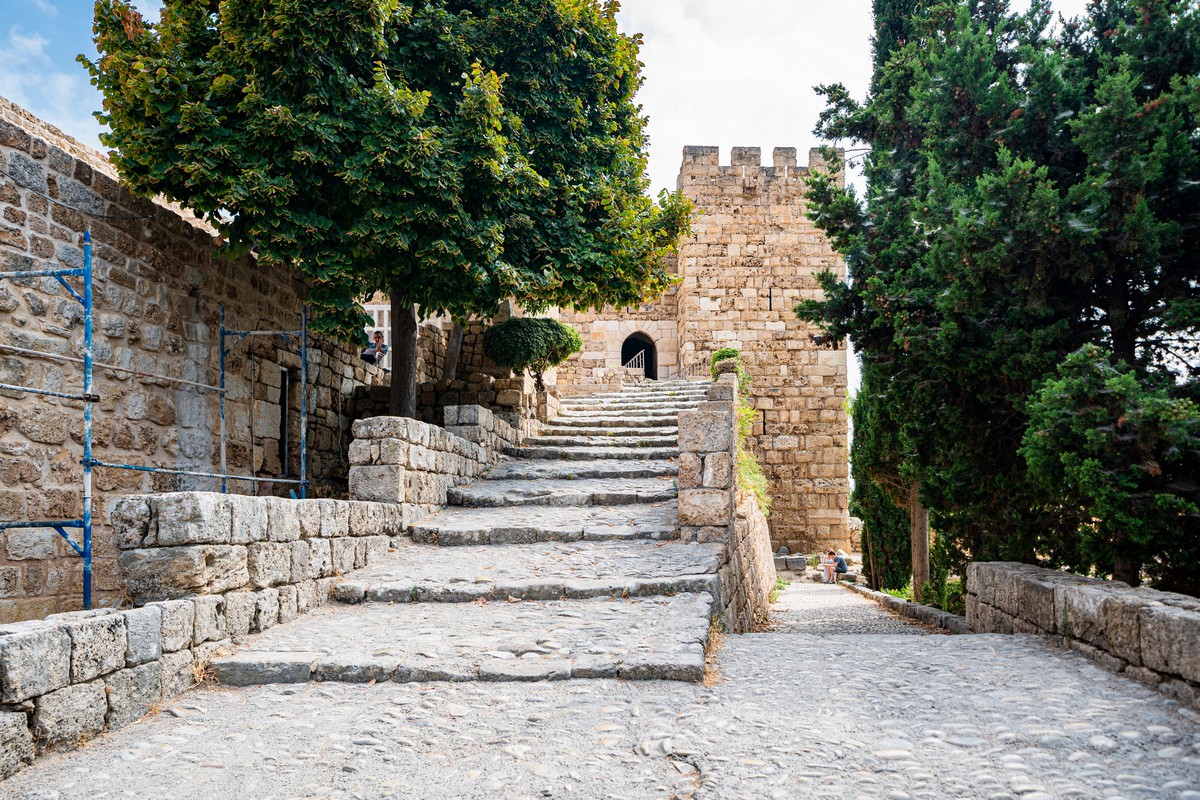 Over the millennia there have been that many different peoples living here that it’s tricky working out what era each of these stones belongs to. And some of the stones belonged… to more than one era! For example, upon ancient Phoenician ruins the Romans built their fortresses, and the Crusaders did the same around the time of the Ottoman Empire. 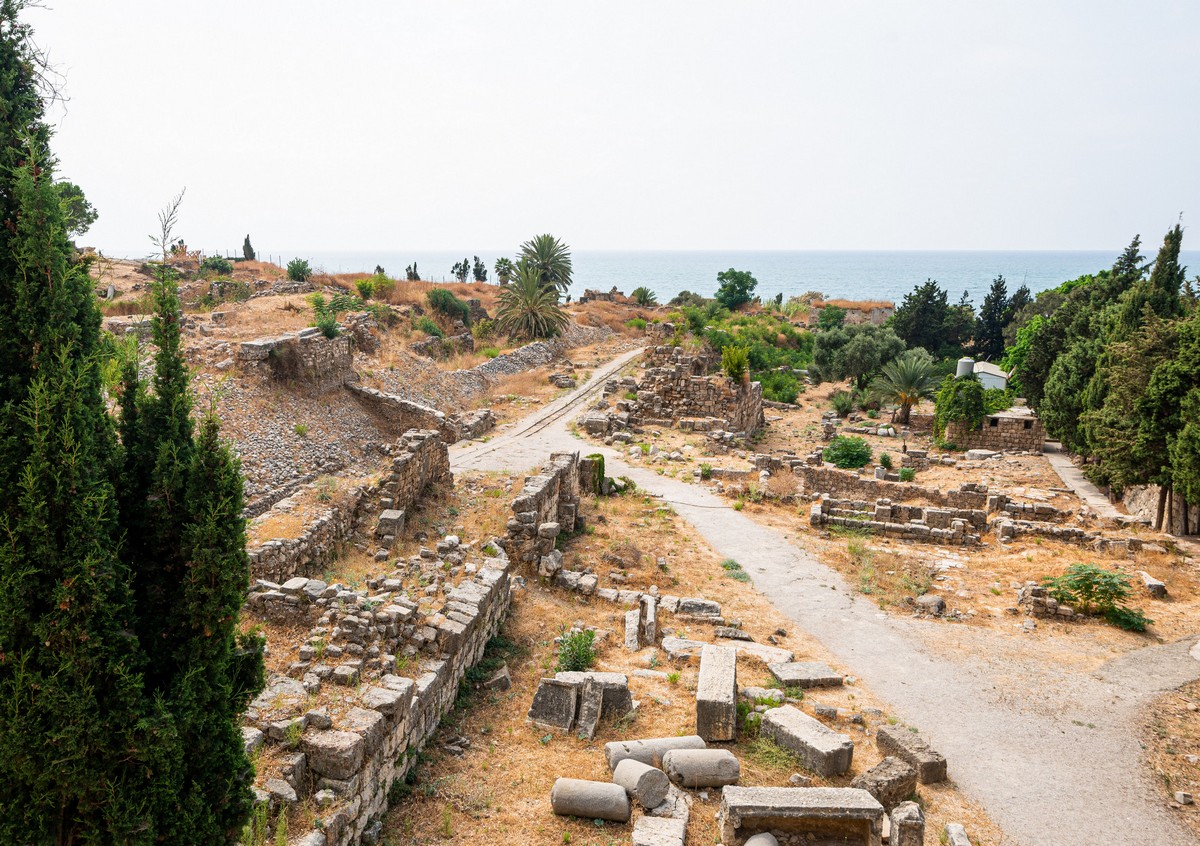 Hmmm. I wonder what era those railroad tracks hail from?!

A tunnel presumed to be Ottoman: 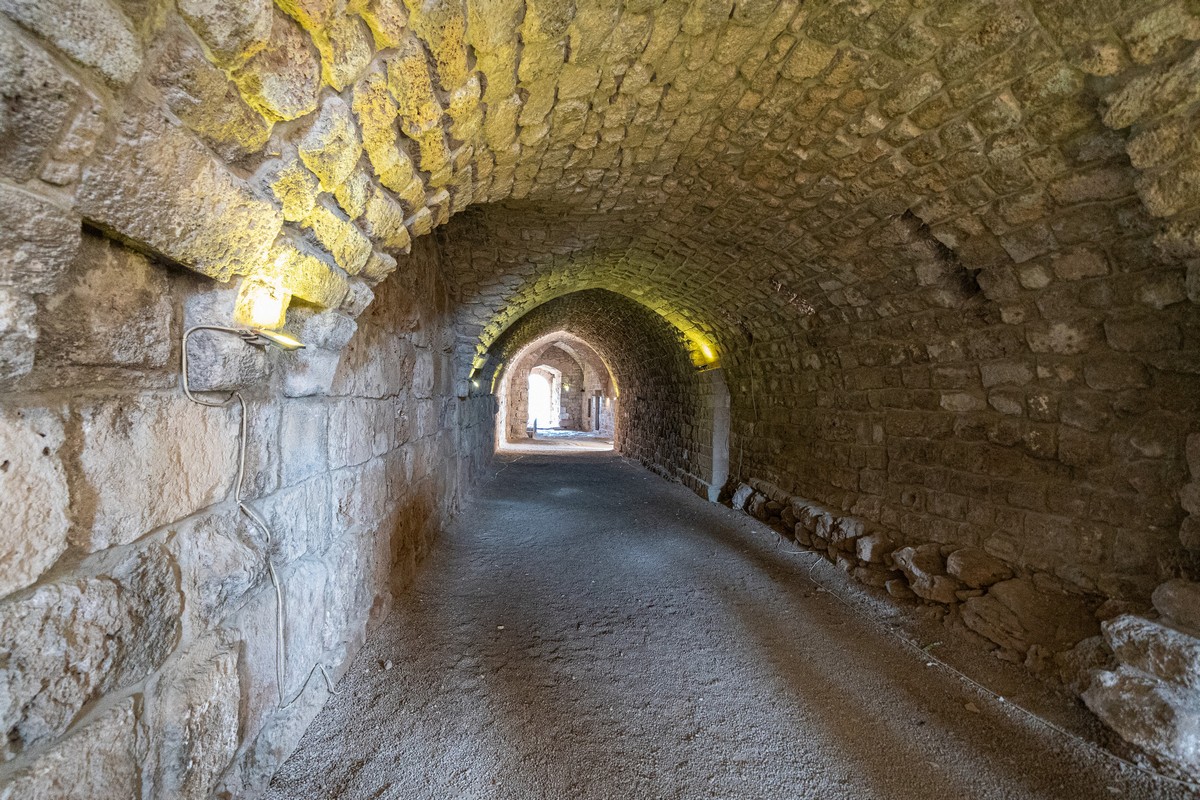 The wall next to it: Crusaders’ work.

Here’s a curious spot of historical-architectural fusion: the Crusaders used chopped-up short sections of Roman granite columns to strengthen their limestone walls, like this one: 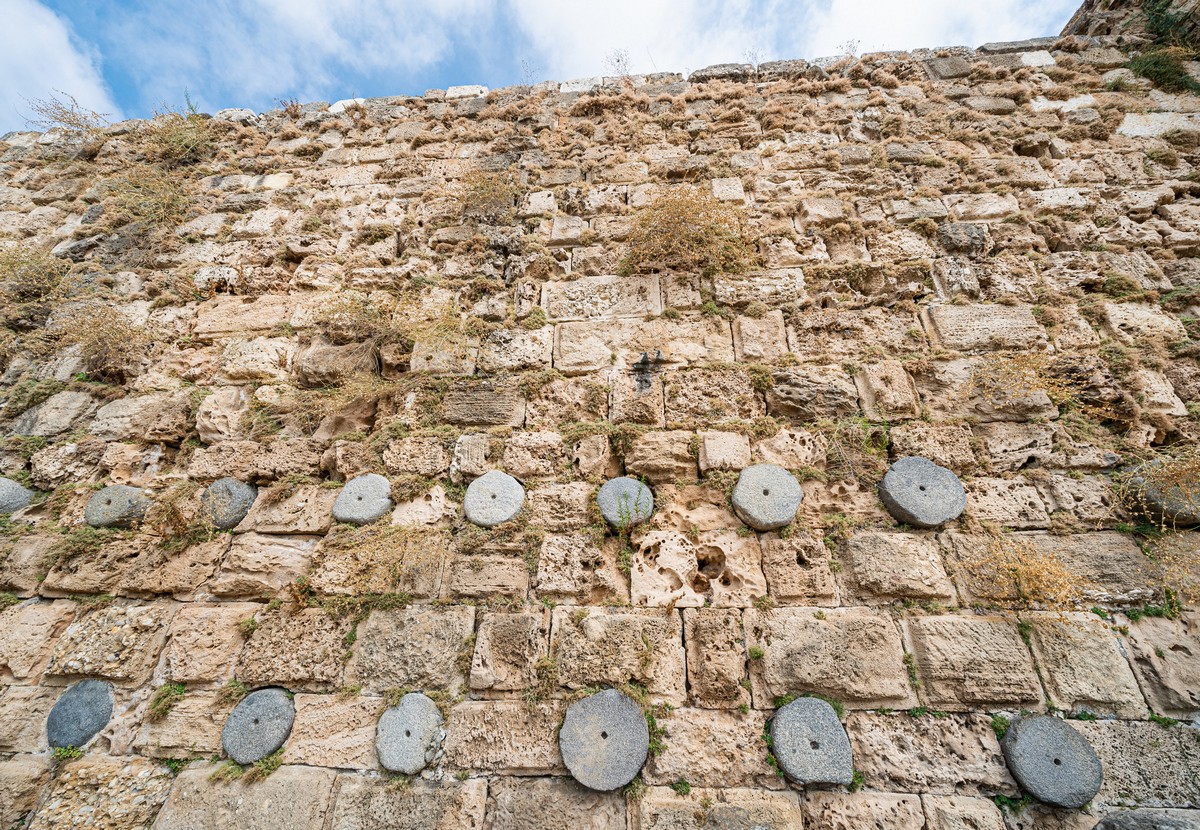 Here’s a column they’d started cutting, but then gave up. I wonder why? 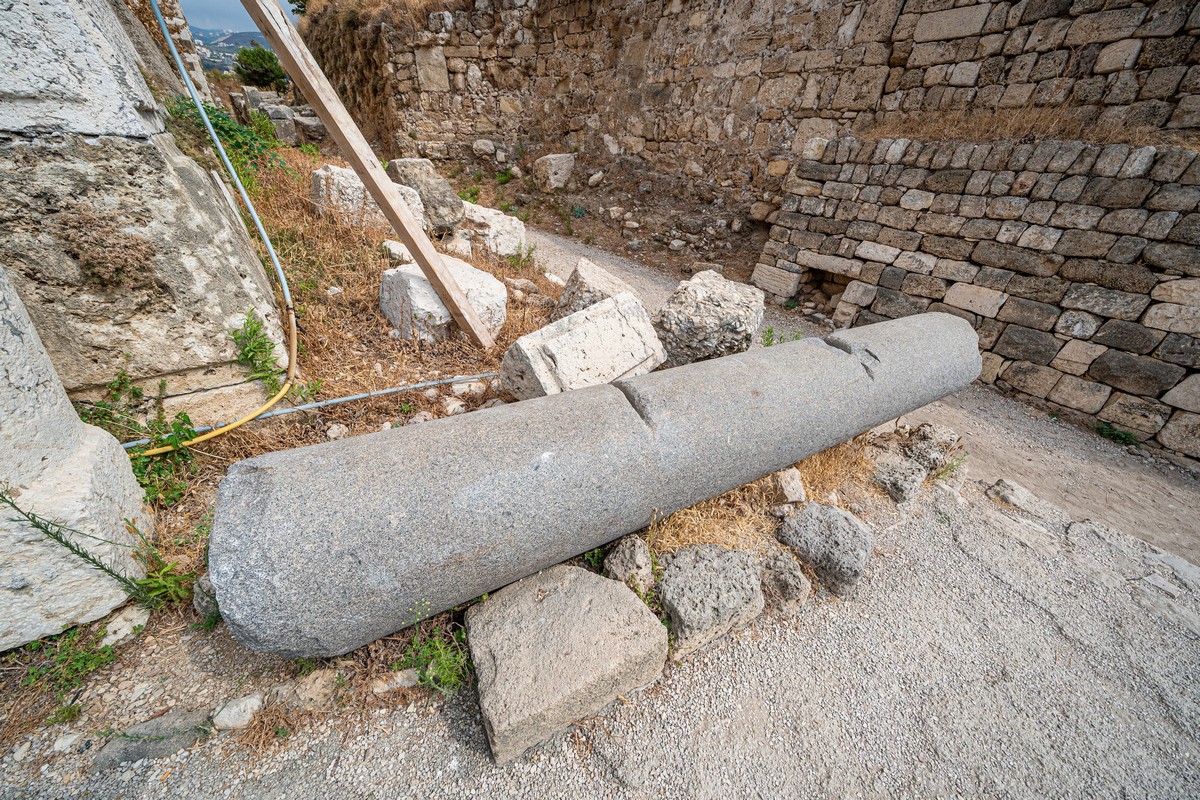 Here’s a well, which – according to yet another theory – gave the city its name (‘the well of God’ in Phoenician goes something like Gebal). 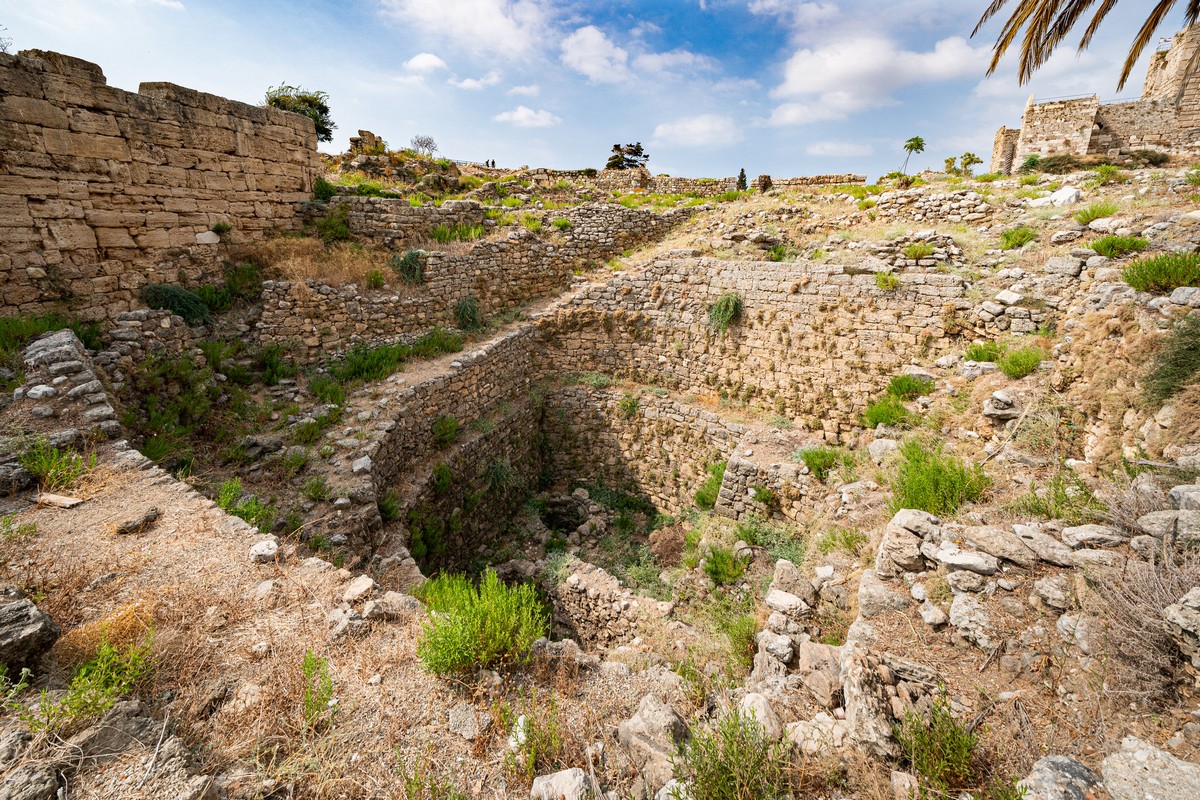 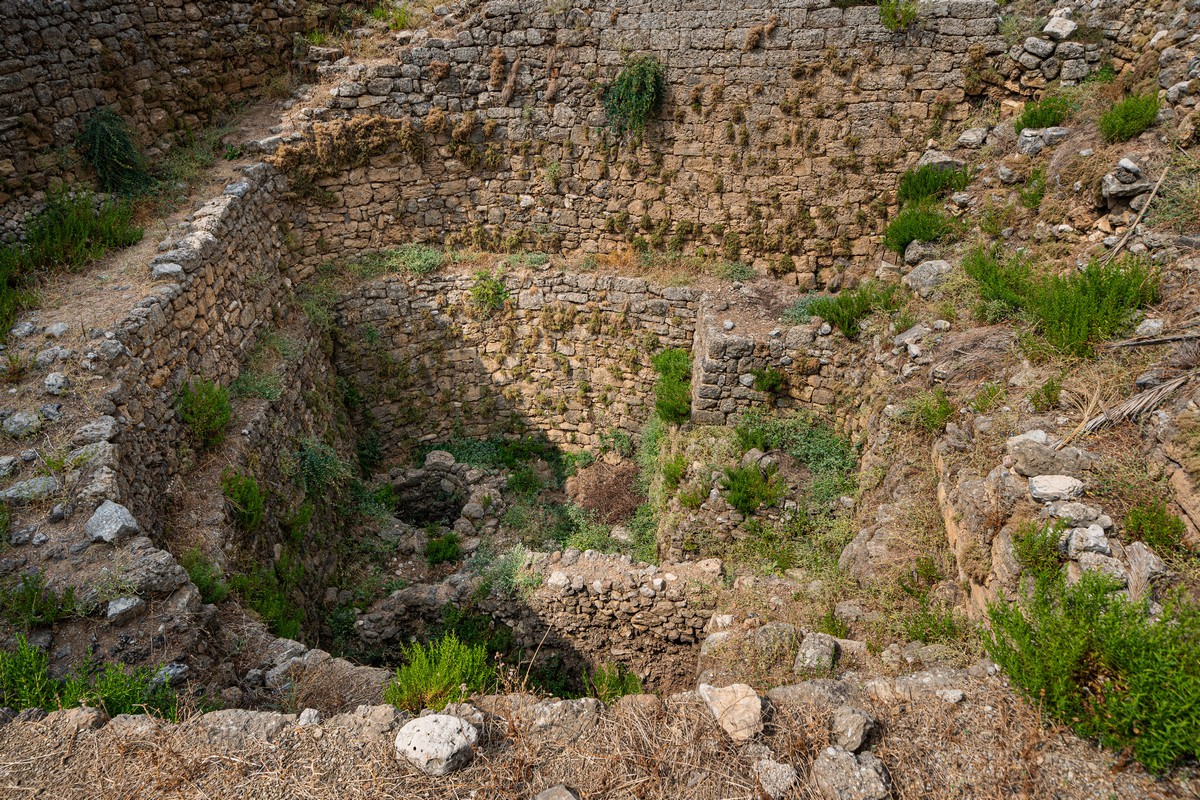 A more modern building, which they decided not to demolish. Quite right – a good example from the post-Roman-and-Crusader epoch: 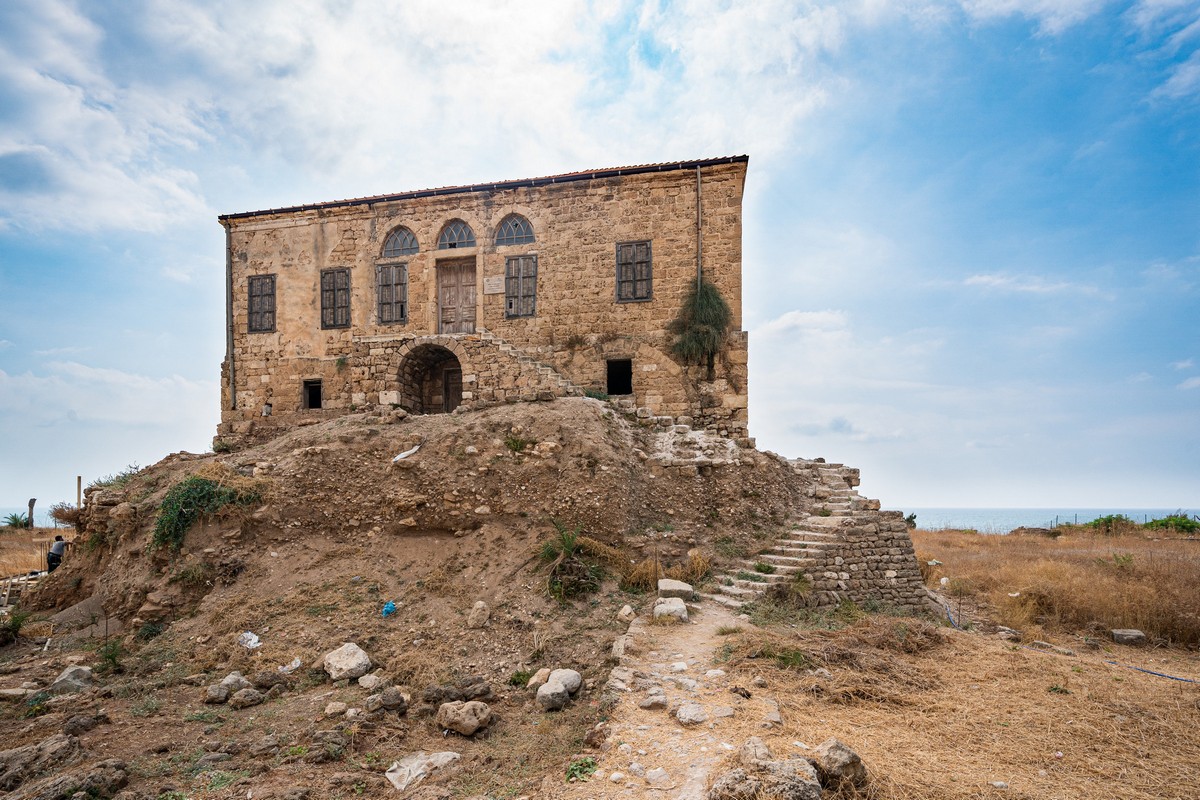 This is apparently an ancient anchor. Yep – for a ship: 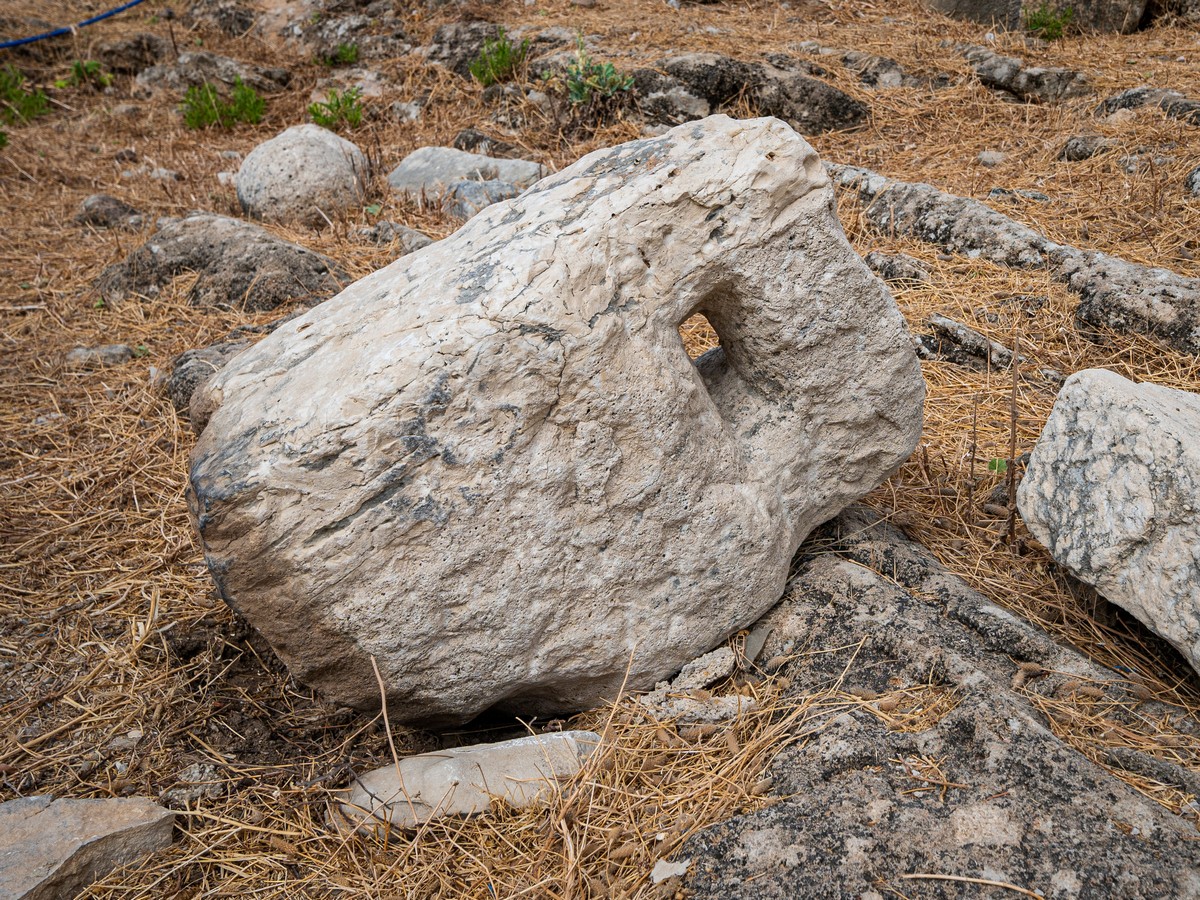 Wow it was hot. September not the best month to come here. Can’t imagine what it was like in summer… 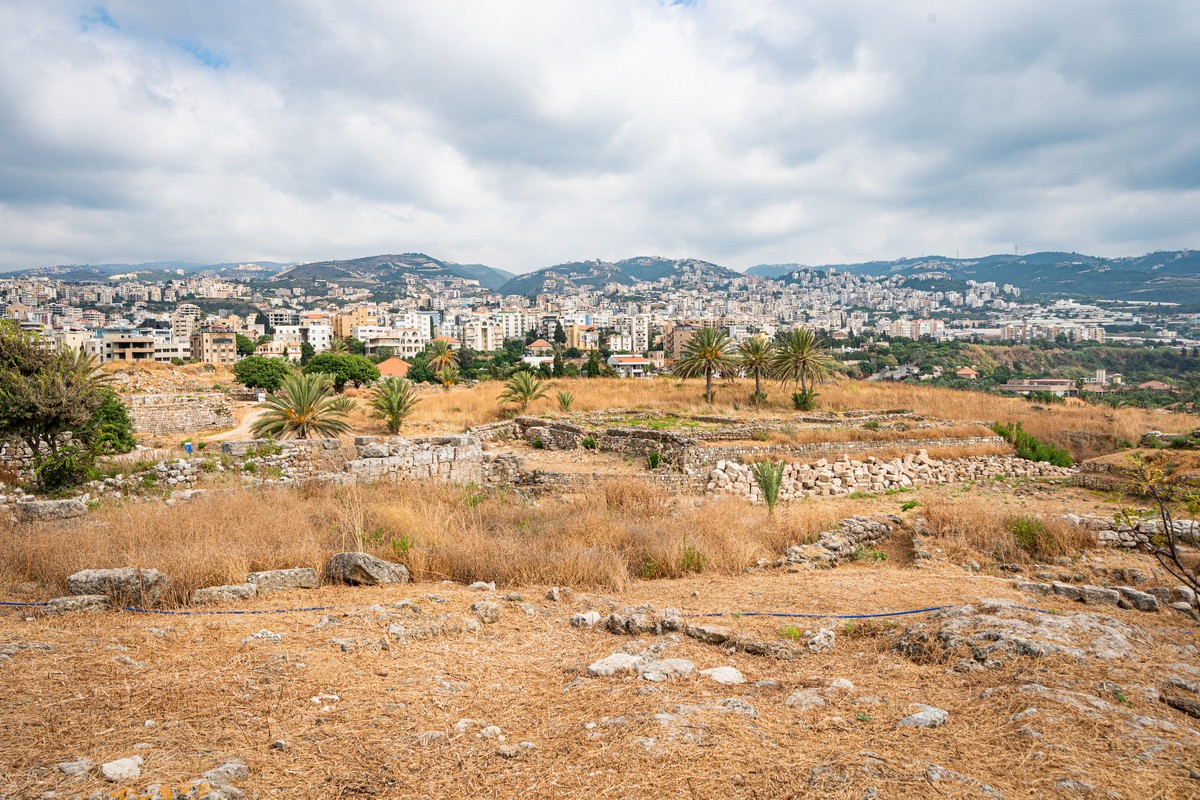 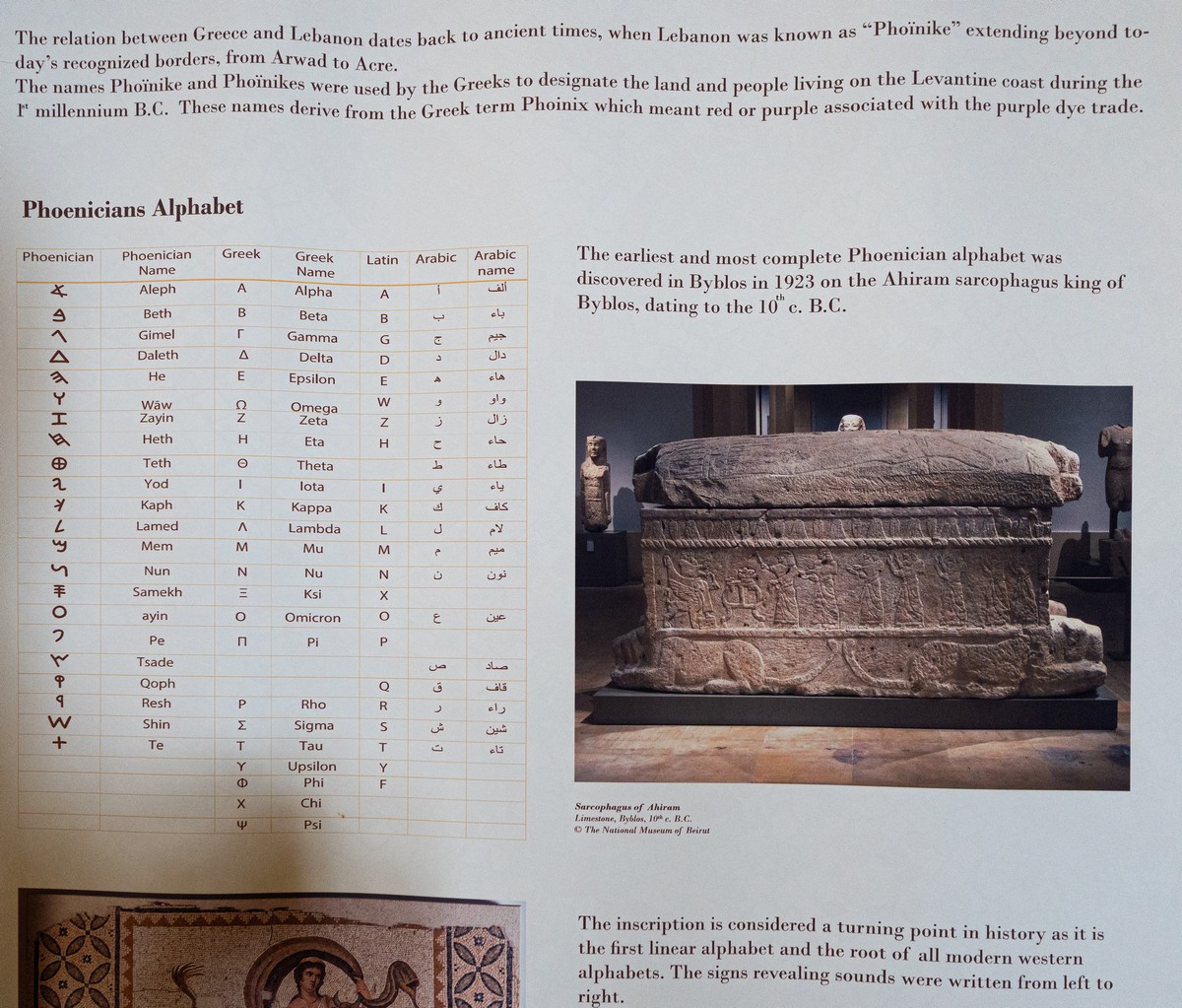 And plenty of ancient burial grounds – some going underground:

Next up – modern Byblos. I tried to picture Phoenician ships setting sail from the port for Egypt… but then I remembered how the sea level was much lower all those thousands of years ago. I’m sure that to find the ruins of the original port they’d have to search underwater.

Woah – amphitheater ‘inherited’ by this here restaurant. Now that is lucky: 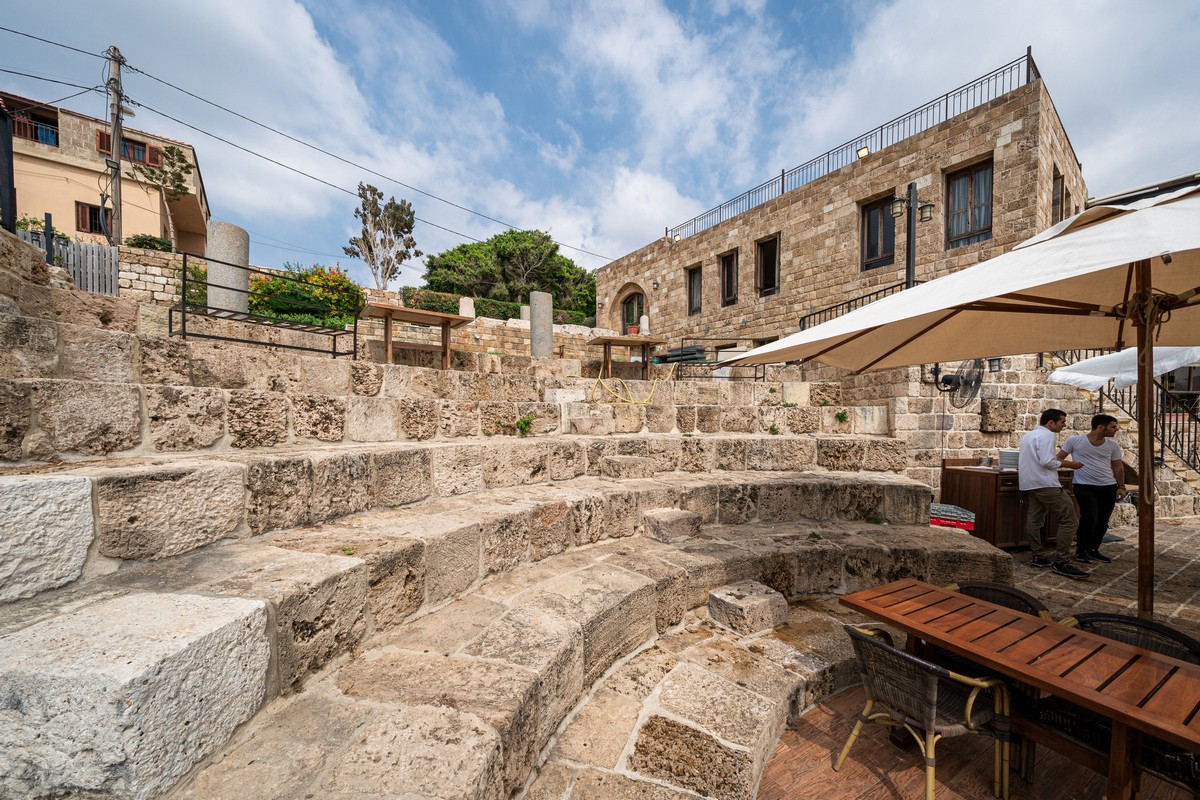 We continue our walkabout around the market district…

The tower there protecting the port – a Crusader work:

Remains of a Roman column; next to a fly-tipped tire: 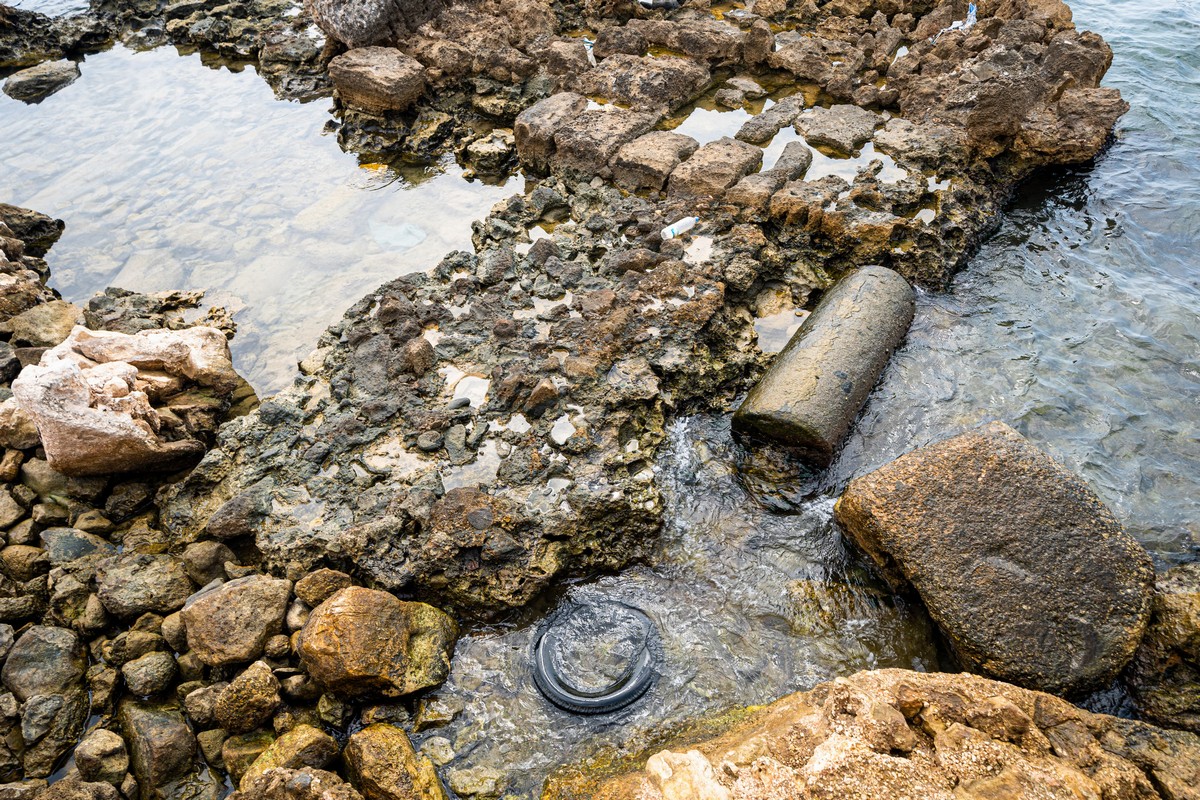 That’s all for today folks, and that’s all from ‘Bible’ (Bibl) (that’s one of the many names for the place, btw, at least in Russian; see the connection with the holy book is a strong one:).

The rest of the photos from Bible/Byblos are here.