Today’s post is all about Formula E. Just in case that term is a new one to you – the ‘E’ stands for ‘Electric’. And the ‘Formula’ – yep, that’s like just like with ‘Formula 1’. Combined – you’ve guessed it: F1 but with electric cars!

It was only a matter of time since the electric car came into fairly widespread use that they’d start being raced a la Formula 1. And indeed, already for four and a half years they have been racing – around large cities across the globe, garnering more and more attention as time passes. And finally, the other week, I found myself at my first ePrix – in Paris!

And we weren’t just spectating, we take part too; first, with our expertise: we protect the cyber-infrastructure of the Envision Virgin team.

Second: with our sponsorship: check out the panels each side of the driver’s head! 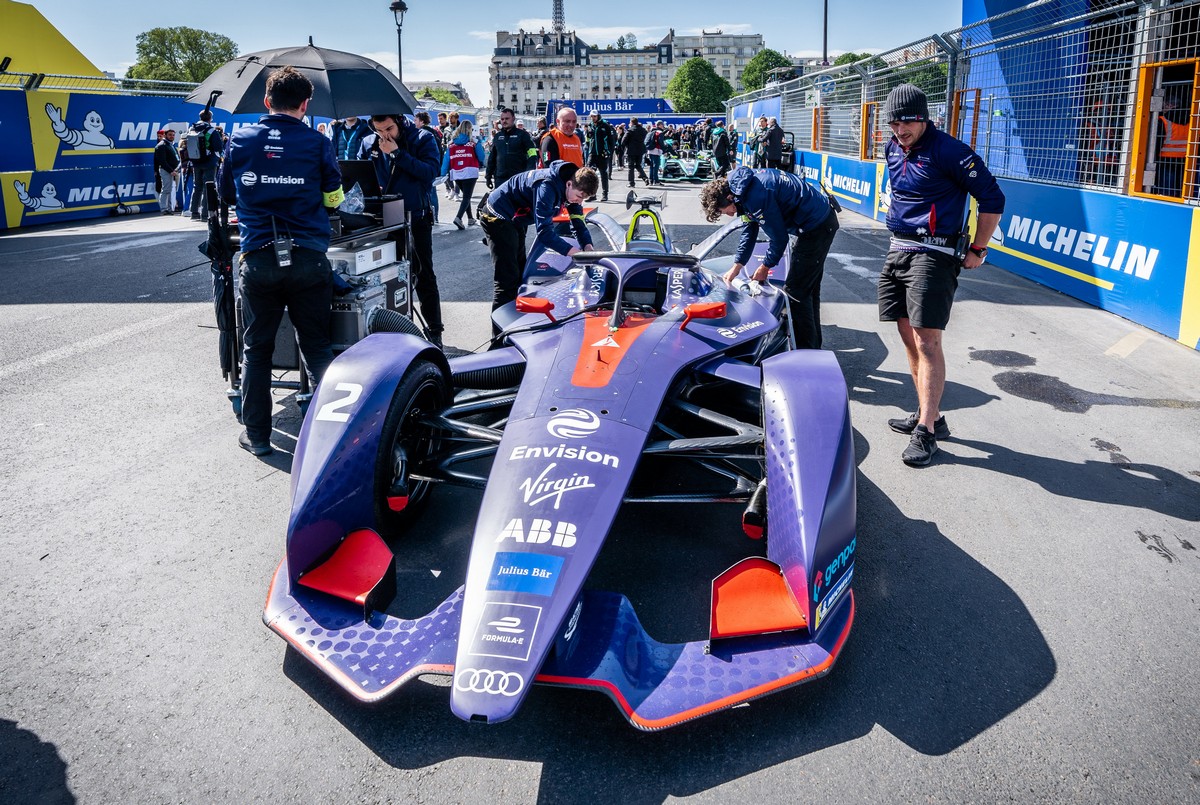 Formula E is similar to its high-octane brother, but with a few big differences.

First, Formula 1 is 69 years old; Formula E isn’t yet five! So it’s not really F1’s brother at all – or son; it’s more the grandson! As a consequence, it’s simpler, smaller-scale, cheaper (the organizers even limit teams’ budgets), but there are some interesting new ideas applied, which probably wouldn’t work for gasoline-powered cars; for example, Attack Mode, where the power of a car is increased if it goes through a designated area of the circuit off the racing line.

Another difference: the E cars are loads quieter. None of the deafening screeching all day; more a wheeee-ing of an electrical toothbrush!

Another: the whole… ideological basis of F-E is unlike that of F-1. For the latter, it’s all about strategies of speed, tires and pit stops. For Formula E, it’s all about actually getting to the finish line on a single charge! Pit stops aren’t needed, and each car has the same tires.

Not only are all the tires the same; all the… cars themselves are the same (!) – at least for now. I’m sure car manufacturers in the future will be able to change the rules so they can compete using their unique technologies, but for the time being – only the colors (and the drivers!) of the cars differ. The cars all being the same makes Formula E purely a driving contest.

Before the race: various shows:

That’s the safety car, btw: a BMW i8. (There’s one of those down in the parking lot below our HQ:)

It turned out the BMW was only half-electric; the other half – traditional internal combustion engine-powered ).

Just like with F1 – if you’re lucky enough to have a pass, you can go walkabout in among the cars at the starting line:

Wait! There’s another difference between Formula E and its grandpa!…

See the grid girls? That you see them at all, even in their… conservative attire – that’s different! F1: grid girls have been banned! I quote: “We feel this custom does not resonate with our brand values and clearly is at odds with modern day societal norms”!

Woah! An electric Harley-Davidson! But what about the unmistakable (intentional) revving racket? ) 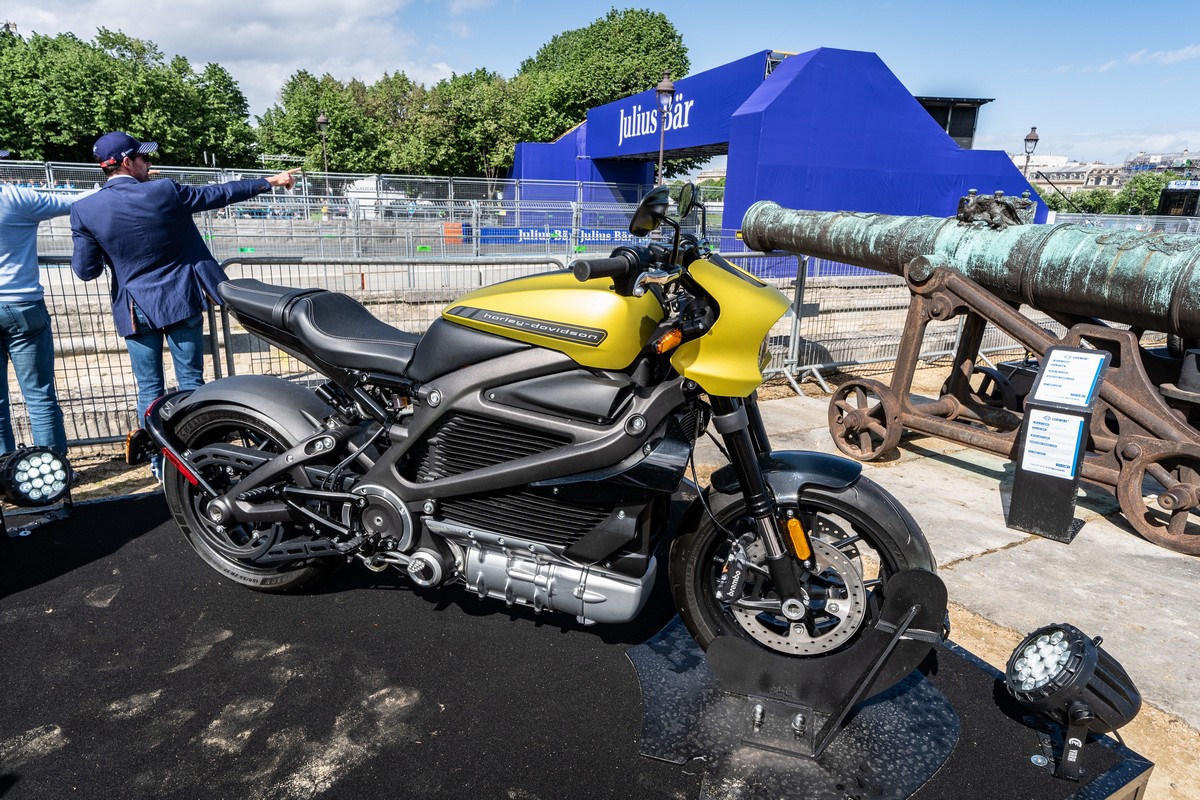 Formula E, I’m sure, has a bright future ahead of it. But what’s going to come after it? Actually, it’s already here – driver-less e-powered cars. What ever will they think of next? )

In closing, a few pics of the Eiffel Tower. Like Notre-Dame, it, too, is still there ).

All the pics from Paris are here.