A tourist visiting Lake Baikal usually starts out at Irkutsk airport they’ve just flown in to, from where there’s a good quality road southeast to the Lake, the journey along which taking about an hour. The first view you get of Baikal is of the riverhead of the Angara that comes off the lake. This is the only river that flows from the lake (while the rivers and streams flowing into it number over 300!), and it does so in no small measure – the width of the river at the lake’s edge is some 900 meters!

The water that flows from Baikal into the Angara isn’t all that cold; therefore, the Angara never freezes over. When the air temperature is very cold (well below zero) the river is covered with a thick cloud of steam. We didn’t see this phenomenon for ourselves, as the temperature when we were there was a mild ~zero degrees! – meaning lots of cloud, sometimes snow, and sometimes even sunshine, but no Angara steam.

Incidentally, much like what often happens in Antarctica, when the sun’s out, one’s sense of distance of far-away objects (like mountains) goes all to pot. For example: you see that mountain range in the previous pic – No. 3? Does it look to you to be around 10 or 15 kilometers away, as it did me? Well, turns out it’s around 50km away. The mountain range, btw, is Chamar-Daban.

We were told how sometimes they turn this place into an amusement ride: they saw off a large piece of ice, place tourists thereupon, the tourists go for their ‘ride’ floating about the surface of the lake, then after a while they get picked up by a hovercraft. Btw – the hovercrafts were HIVUS-10s, and we had a go on one – my first hovercraft ride ever ).

The locals cross the Angara bank to bank, which on foot takes around half an hour. 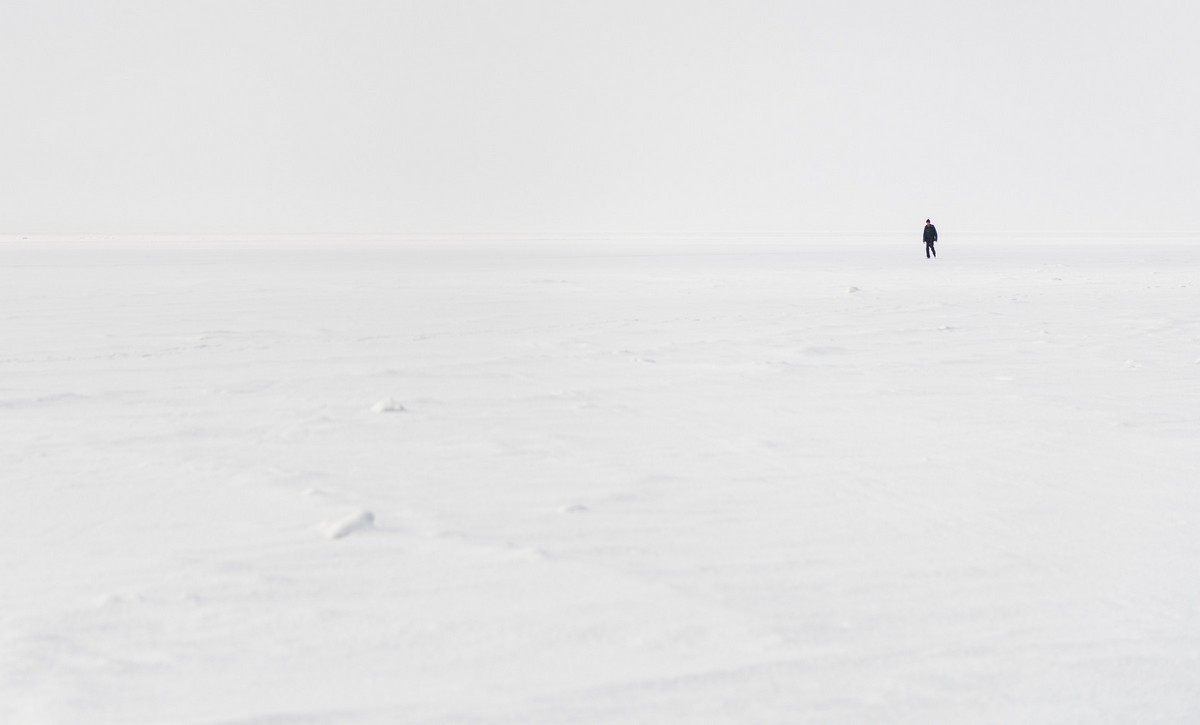 Fifty meters downstream from Baikal on the Angara is the dam of the Irkutsk Hydroelectric Power Plant, which apparently made the level of Baikal go up by a full meter and a half!

On the opposite bank of the Angara from us was the Circum-Baikal Railway. This was once part of the famed Trans-Siberian Railway, but in the 1950s, when the power plant was built, they also built a new, separate line for the Trans-Siberian, leaving the Circum-Baikal to be used only occasionally for some kind of tourist trains. The Circum-Baikal is sometimes called a unique achievement in engineering as it had to maneuver itself across non-stop rugged terrain. They say there’s a technical installation (bridge, supports, tunnels) for every one of its 159 kilometers in length!

Since the 1940s the railroad has been on the decline; such a pity: so much work put into it, seemingly all gone to waste…

Info – in Russian, English, and Chinese. Lots and lots of Chinese tourists come here. I hope their ever-growing numbers might encourage the local authorities to develop the tourism infrastructure here. 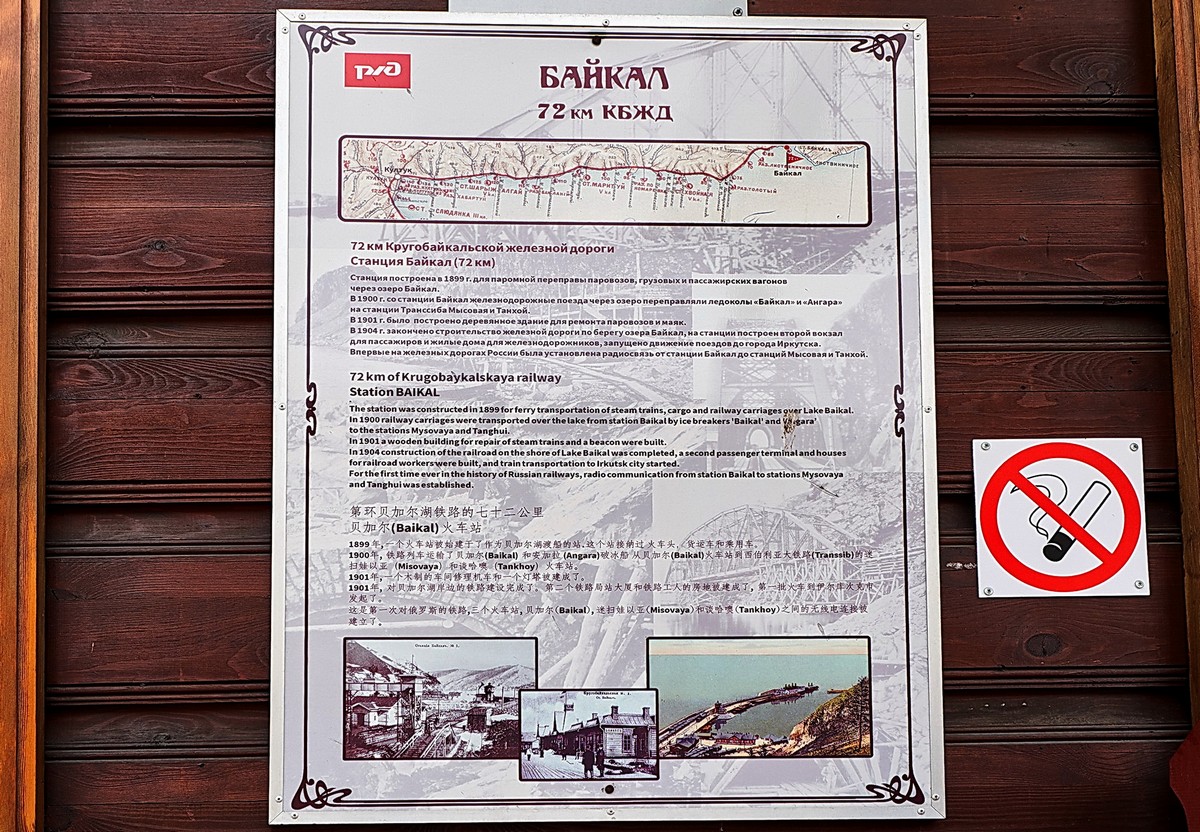 Since the railroad was single-track, ferries were used to freight the trains the opposite way. These days, all that ferry infrastructure too is in decline.

So there you have it folks – a lesser-known tale from the history of the Trans-Siberian, and actually one of its most impressive technical feats. 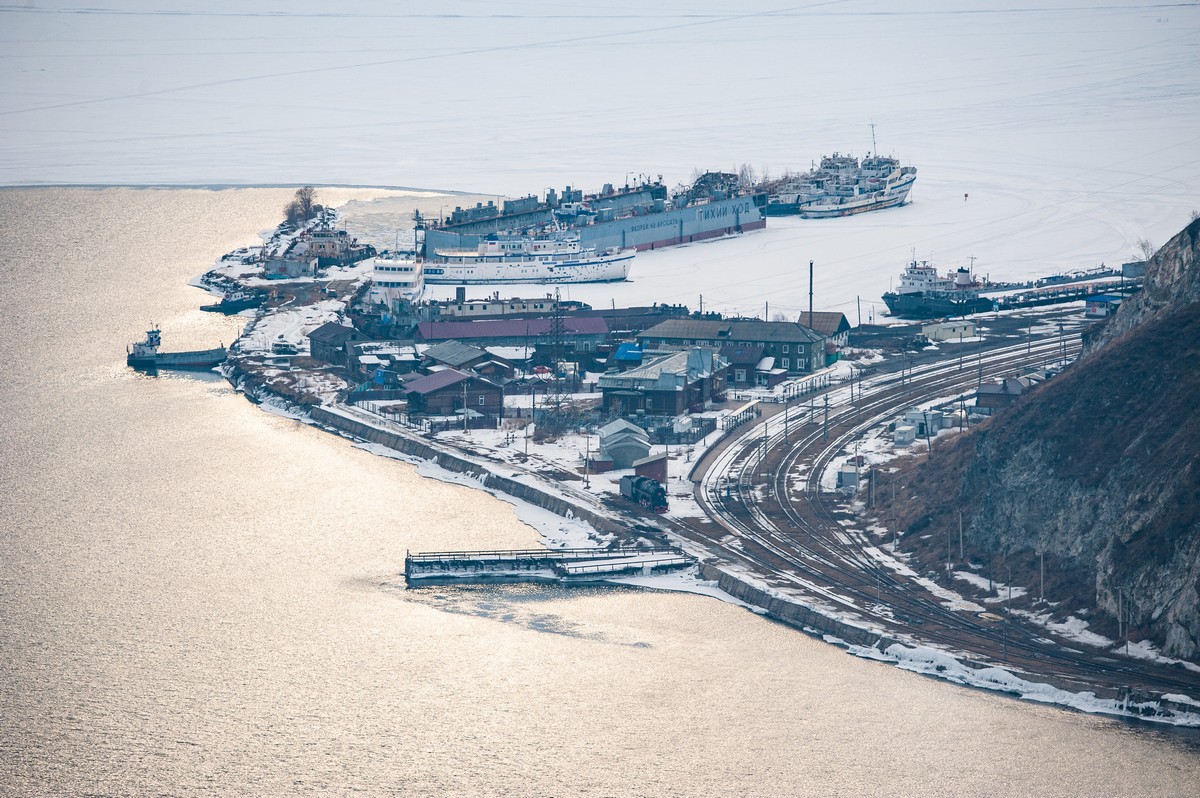 In the village of Listvyanka, which is the Baikal-bank settlement you first get to coming from Irkutsk, there are some basic but fine micro-hotels to stay in with all the mod cons. And while in the village if you’re ever here – check out the ‘Baikal Museum’ and also the viewing platform. The place even features ski slopes with ski lifts.

Gotta love that graffiti: it translates: ‘Dima and Sanya got s***faced’! When, where or why – a mystery ).

All right folks, that’s all for today! But I’ll be back with more tomorrow – from the island of Olkhon… 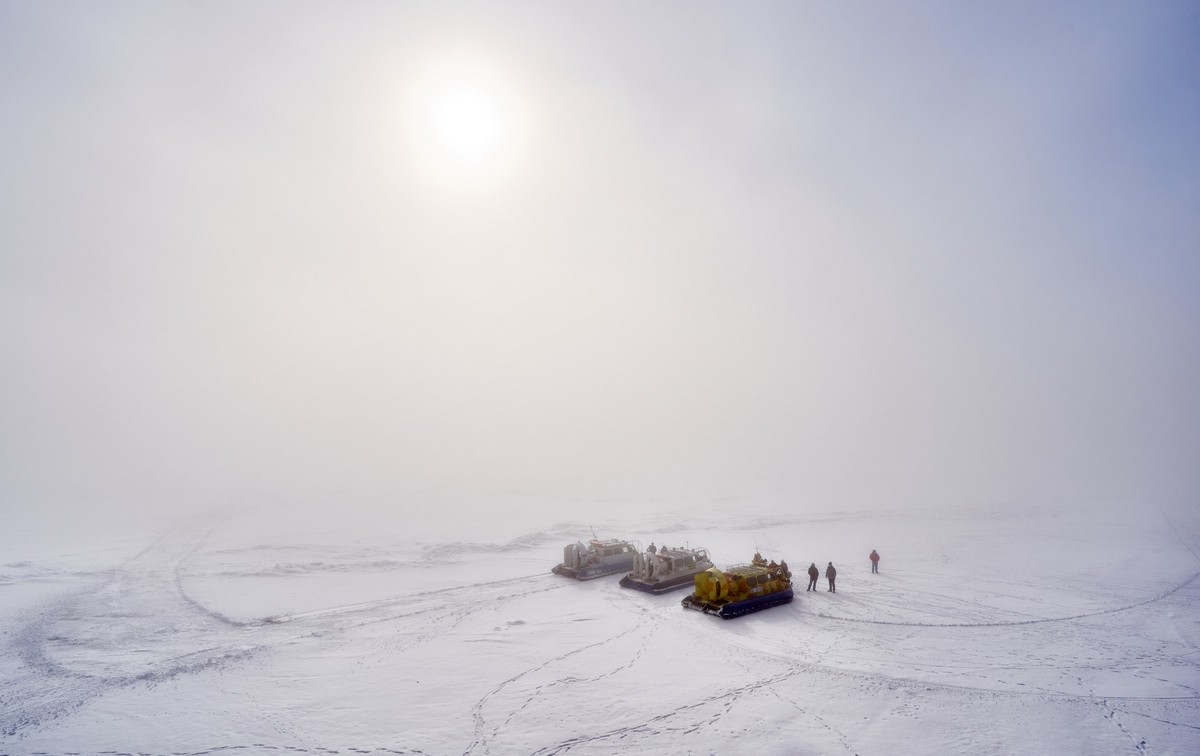 All the photos from Baikal are here.