If you wake up one morning in a hotel room and open the drapes to see this here scene – don’t rush with the cheerfulness. Appearances can be deceiving… 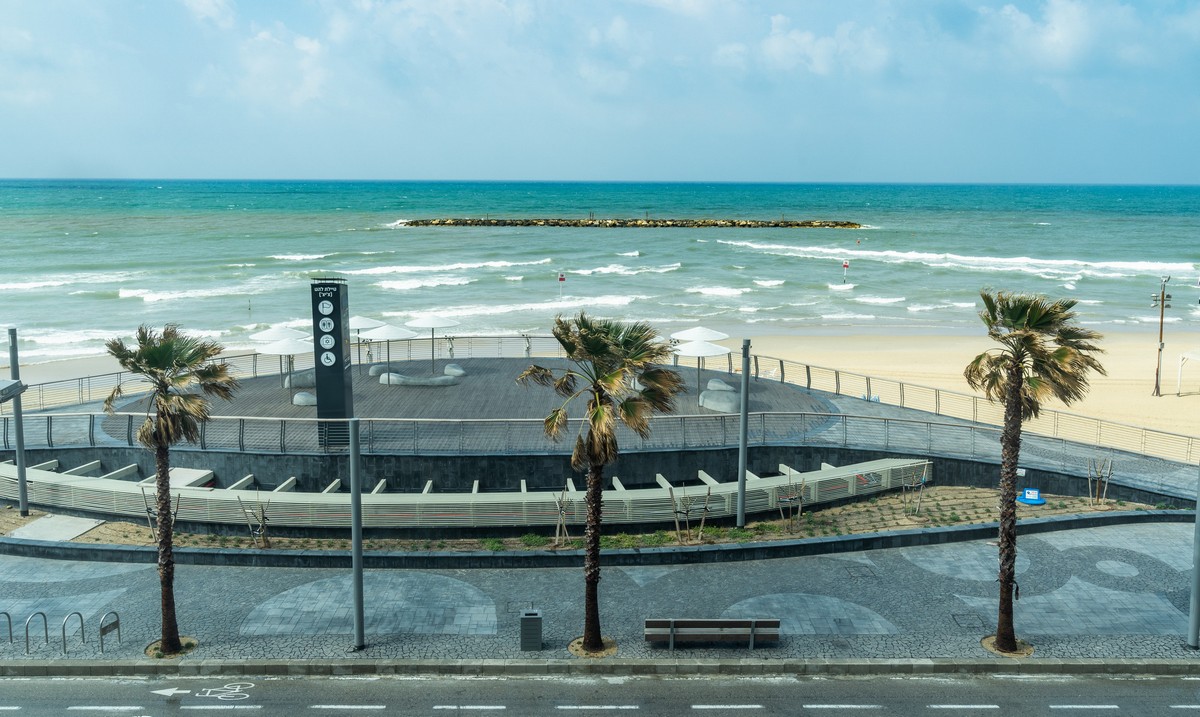 So, what’s not right in that pic? First: the beach – it’s empty, as in – no folks. Second: not a single human head to be seen bobbing about on that there sea. Third: those palms are looking more than a little distressed with their leaves flapping about frantically in the wind.

So yes, this is not a day for the beach. But not to worry – that means it’s a day… for a helicopter excursion! 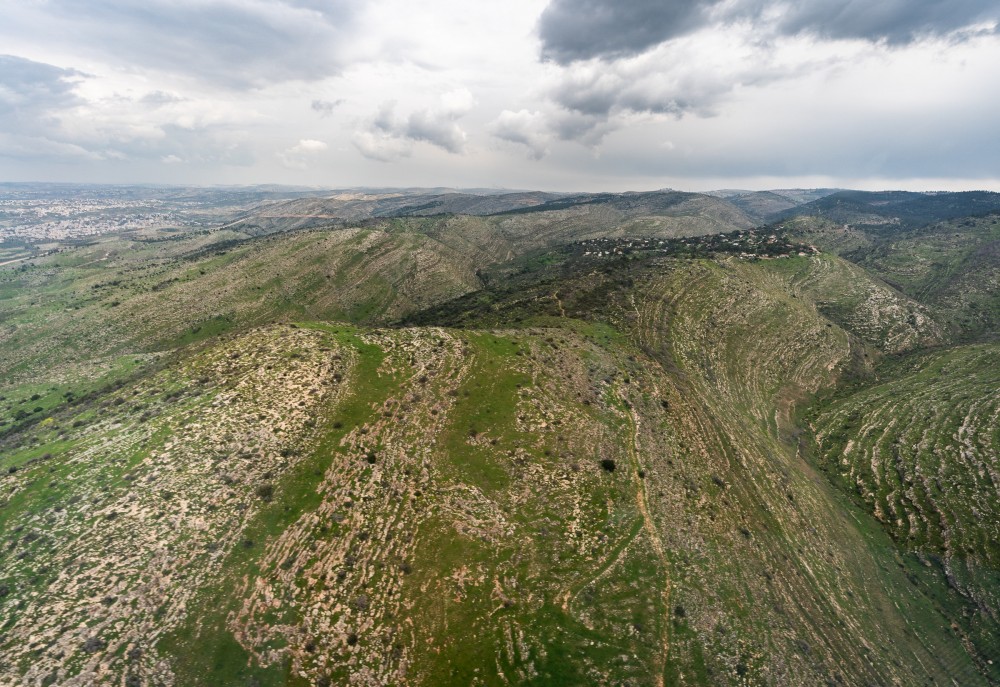 The first thing we notice once we were up in the sky was that it was raining – here – in the desert! Of course, such a thing wouldn’t astonish locals, who are quite used to it, I’m sure. As for me – I was rather amazed; I’d never seen such a thing.

We chopper over Jerusalem. This was another ‘never done this’ – i.e., from this angle.

More amazement: vast open spaces of desert, then all of a sudden – dense urban sprawl. If any of you live here – can you find your home?!

We fly across to the Dead Sea; on the horizon there – Jordanian mountains.

It’s a bit ironic – the Dead Sea is… dying. Sadly, its level is falling by around a meter every year. You see the stripes near the shore – those show the higher levels of previous years. And the holes further back on shore – they’re sinkholes that are also due to the falling water levels. So there we have it: pretty scenes, but, alas, of an ecological catastrophe (.

And on that low note, our helicopter excursion started wrapping up and we headed back…

All the pics form Israel – in the original high resolution – are here.