After my quick trip up to Karelia, I was home a mere few days before I was off again on my travels – this time to (southern) western Europe: Milan, Italy. Here’s the view out of my window on the plane thereto:

The weather here was a far cry from up in northwestern Russia – snowless, windless, sunny, blue sky, perfect temperature… aka – spring! Ok, there is some snow here, but only on the horizon – covering the peaks of the Alps. 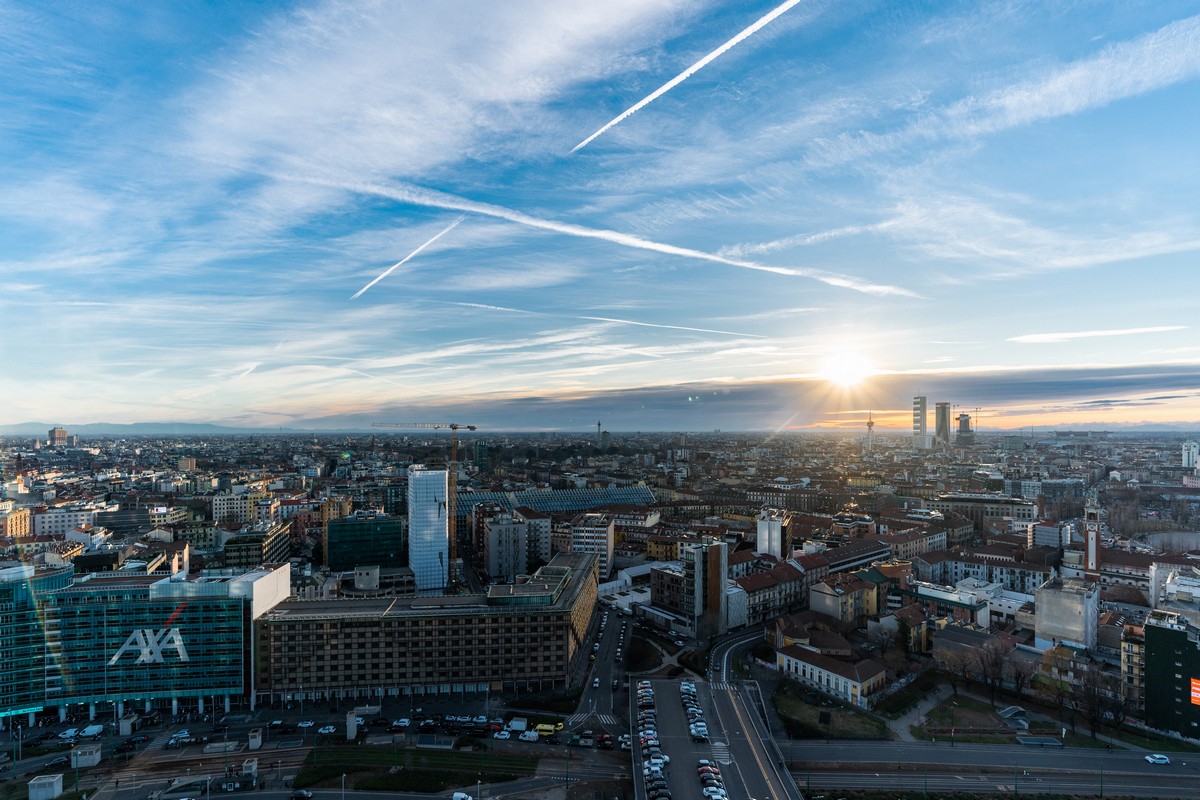 The views from our Milan office were as awesome as ever. Urban, industrial-commercial; mountains all around in the distance.

Come evening – stroll time. First highlight: Milan Cathedral. It’s currently being repaired and restored, so it’s wrapped in scaffolding. As if that wasn’t bad enough, some genius thought placing huge advertising screens thereupon would be a good idea. Hmmm. Anti-adverts, surely? Who’d want to buy the products shown up there? I wonder…

The Galleria Vittorio Emanuele II was up next. I’ve been to Milan that many times I’ve lost count. But every one of those times I get myself here. A champion construction. Btw, the upper floors of the Galleria are private apartments. Nice location (if only a bit noisy).

My fave statue – to a true innovator!

The next day I gave a lecture at the local polytechnic:

That’s all from Milan folks, but not from Italy. Coming up, more tales – from another of the country’s ancient city-architecture museums…

All the photos from Milan are here.